Lady Gaga is considered by many to be the biggest music star in the world today. Often called ‘the Madonna of this era’, Gaga’s music has universal appeal among people from across the world. Winning countless awards and loved by millions, Stefani Joanne Angelina Germanotta (her real name) truly is the queen of pop. Yet, despite her illustrious music career, the first thing that comes to mind for many people when you mention Lady Gaga is her eccentric and outlandish fashion sense. Here are her ten craziest outfits to date: 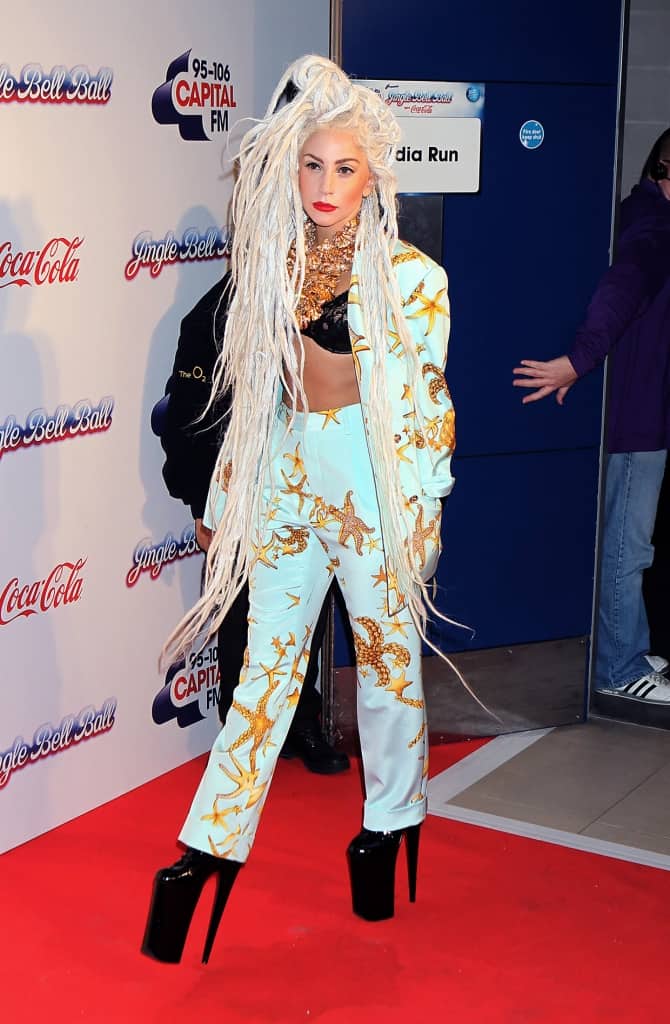 Resembling a caricature of Christina Aguilera during her ‘dirty’ years, it says something about the rest of Gaga’s outfits when this is considered the least outlandish of the bunch. Surely she would have needed stilt walking lessons for those heels. 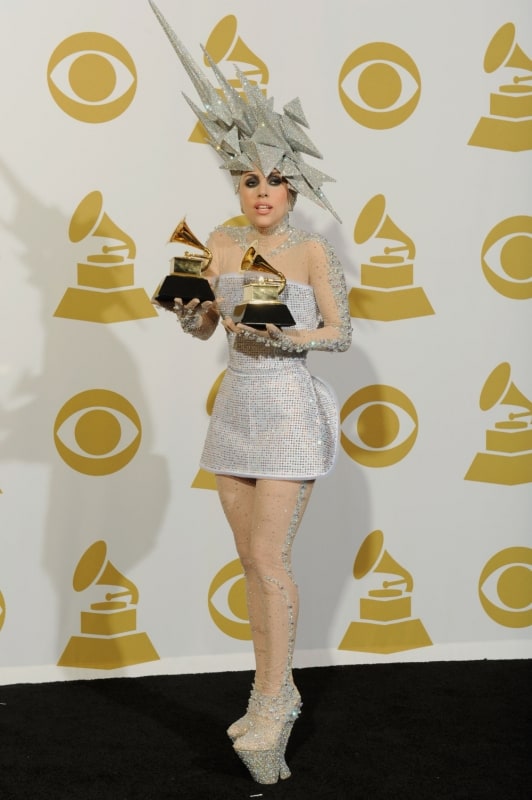 Looking a bit like a meteorite has unexpectedly landed on her, this headpiece would need a pretty strong hatstand to hold it. Again, Gaga adopts some frankly dangerous looking heels. I imagine having that lump of rock precariously balanced up there will be making her wish she had worn flat shoes. 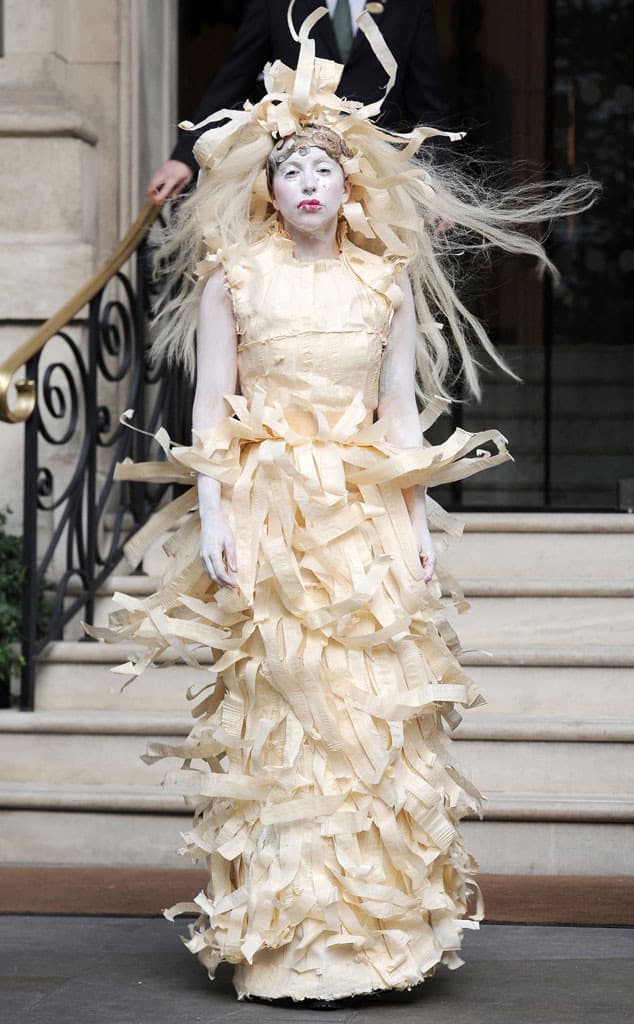 What kind of outfit goes well with horror style make-up? One that looks like a load of shredded toilet paper, of course. She may have a Medusa thing going on, but should you ever find yourself in a toilet with nothing to wipe with, then it’s the best dress in the world . 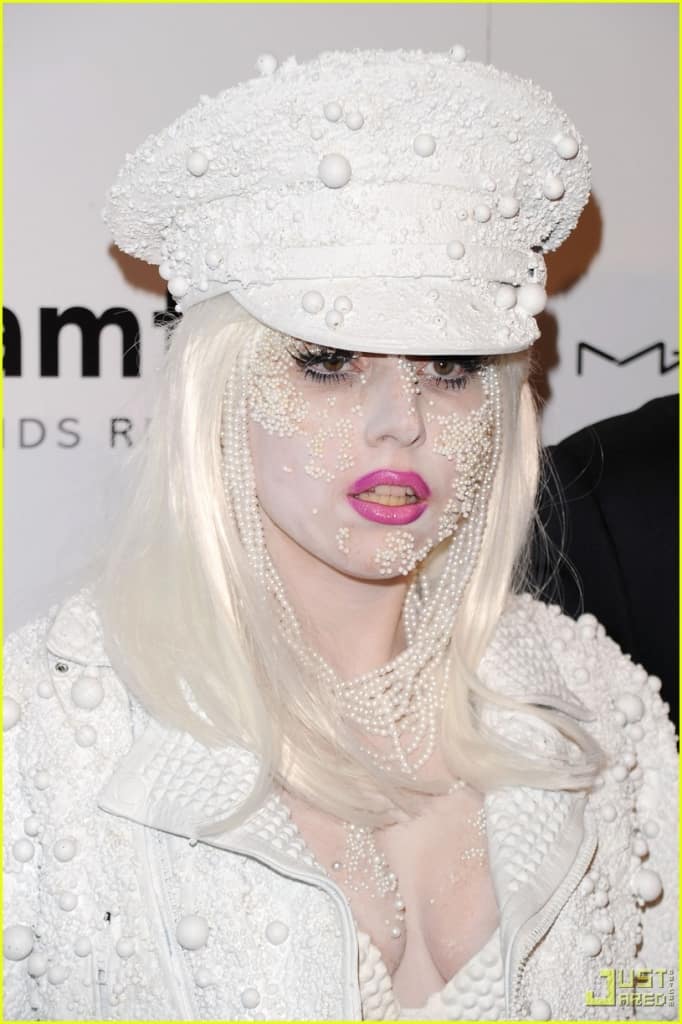 Now, we all know ladies like their pearls. It is possible, however, to overdo it. When you start attaching them to your face and chest, you may have a problem. With so many placed randomly over her body, it’s starting to make Gaga look like she has an infectious disease from the middle ages.

6. Which giant animal mask shall I wear today? 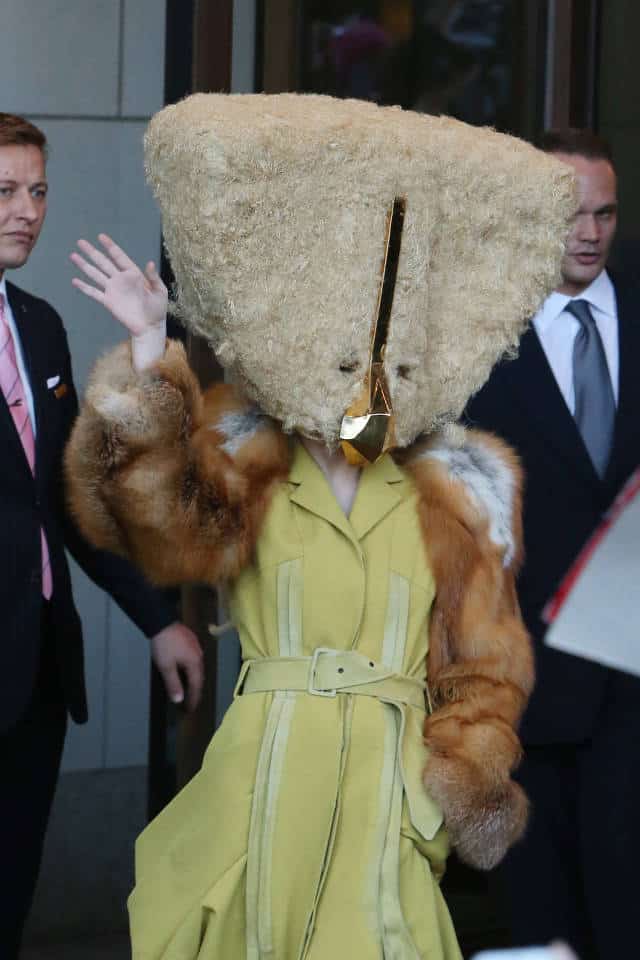 I think Gaga put on this outfit and realized it looked remarkably conservative for her. Only one way to remedy that: Place an enormous, bizarre and slightly terrifying chicken mask over her head. I imagine visibility and the heat may eventually become a problem with this. Also getting into cars and through small doorways isn’t easy.

Despite its transparency, the dress isn’t too unusual, especially for Gaga’s tastes. What does make it one her own unique pieces is the matching face mask and ‘crown’. Wearing this means you risk people thinking you’re doing a sexy cosplay of Sauron from Lord of the Rings. And surely she won’t be able to see very well with all that material over her face? 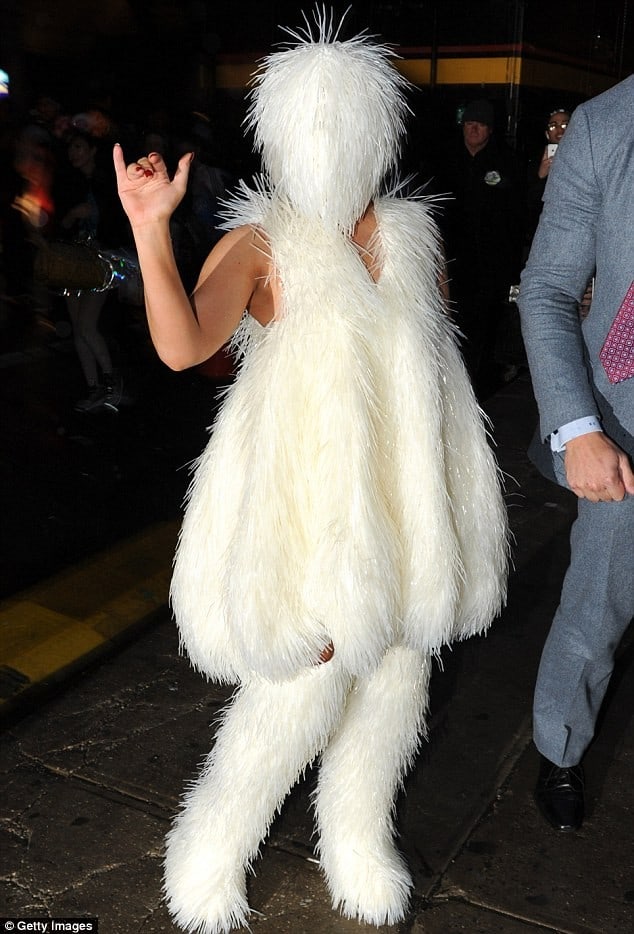 Hopefully Gaga won’t visit the Arctic wearing this outfit, otherwise she may find herself the unwanted object of affection from some polar bears. This is another piece that isn’t designed for visibility, in fact, how does she see anything while wearing it? 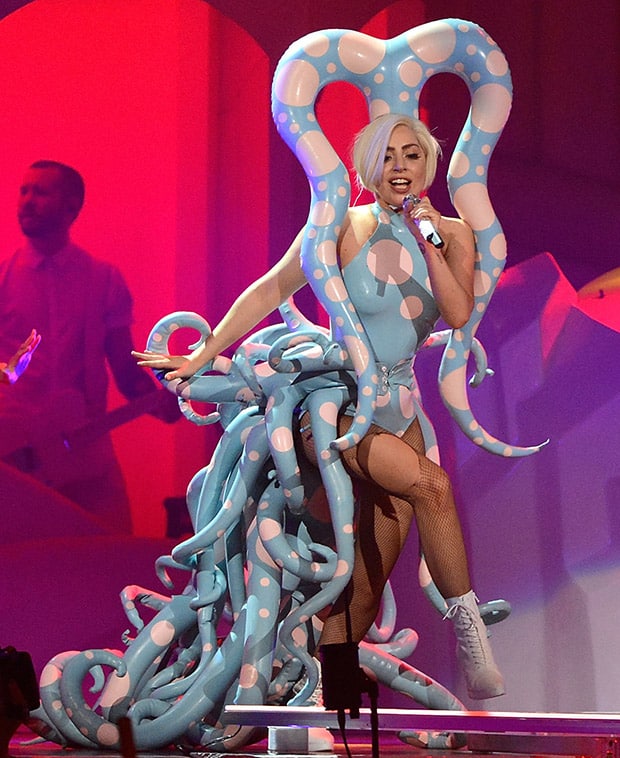 Is it based on an octopus, alien or Lovecraftian monster? Possibly the most impractical of all the entries on the list, it would certainly make a fantastic Halloween costume, if nothing else. Being able to wear it, walk about and sing at the same time is a real impressive feat. 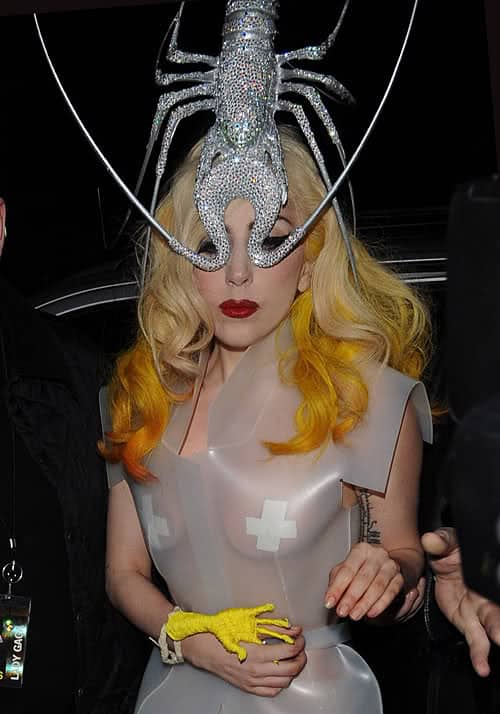 Must people would think a plastic, totally see-through dress with plasters covering their nipples would be outrageous enough. Not for Gaga, she adds to the outfit with a diamond encrusted lobster face-mask, and a what looks like a chicken’s foot bracelet. Timeless. 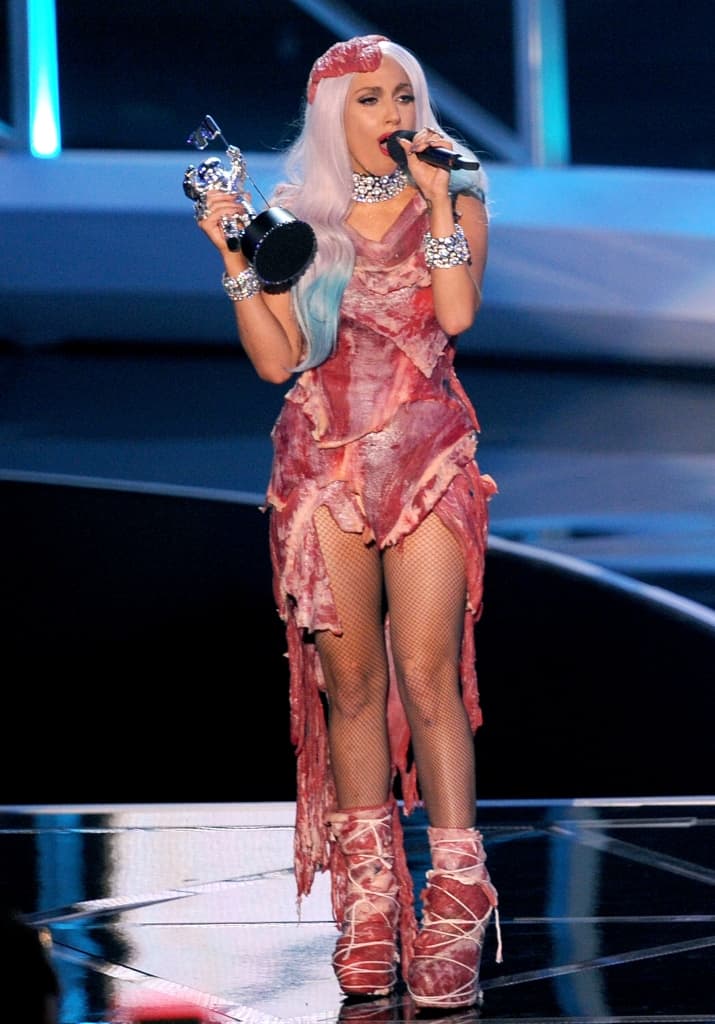 It seems that it doesn’t matter what Gaga wears, she’ll never outdo her infamous meat dress. This outfit even has its own Wikipedia page. Now found in the Rock and Roll hall of fame after being persevered as a kind of jerky by taxidermists (yes, really), Gaga claims the dress was a statement to stand up for what you believe in. Whatever your opinion on Gaga’s fashion choices, no artist has been as well known for their outfits the way she is.