Europe is home to some of the most diverse nations in the world, spread over one of the smallest spaces around. From west to east, cultures and customs change remarkably, with conflicting ideas living cheek by jowl. One things Europeans do have in common, however, is their propensity for weird superstitions. Travel anywhere in the series of countries, and you might be surprised as to what you will find. These superstitions are by no means the worst, but they certainly are the strangest in the region, spurred on by centuries of folklore and local tales. 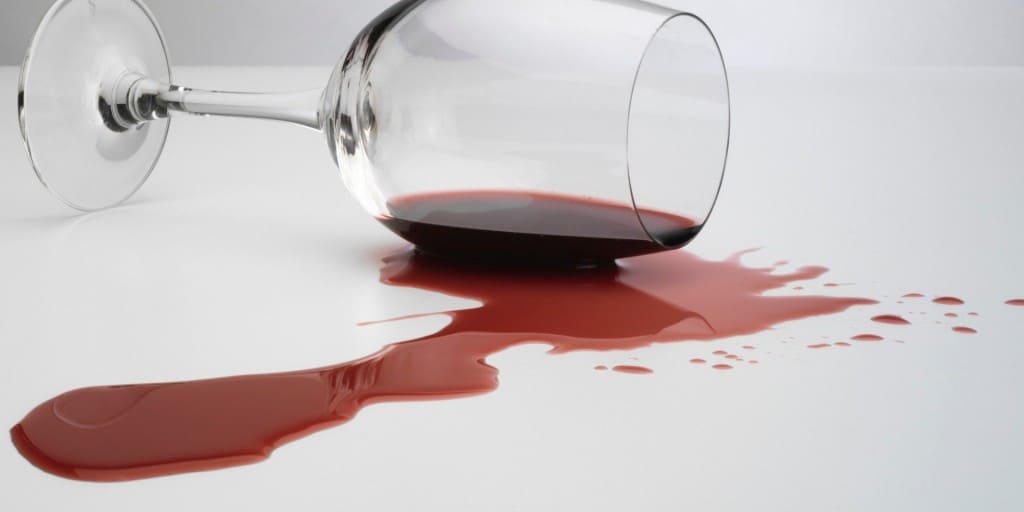 It’s rare to find a Portuguese meal that isn’t accompanied by a great, local wine, and if you’re a little clumsy, you will probably be the most popular person around. Spilling wine on tables, particularly at large gatherings, brings good fortune on the whole household, so make sure you get swilling!

Hearing A Cricket Is Lucky – Spain 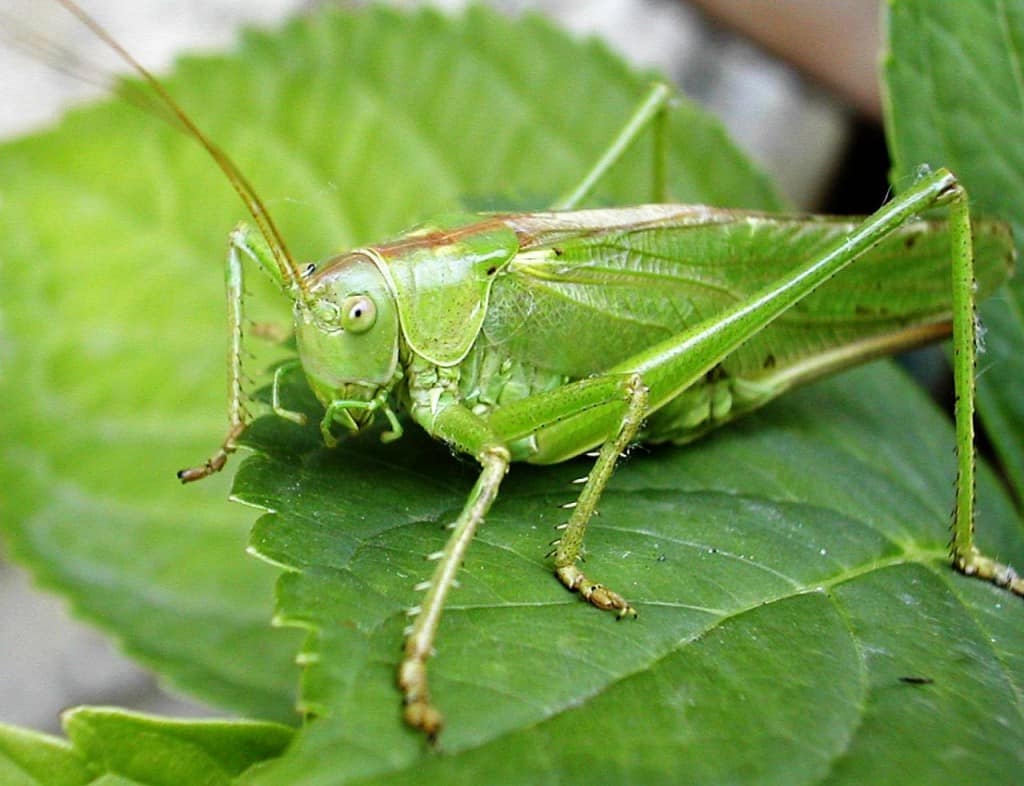 Finding unwanted insects and bugs is hardly anyone’s idea of a good time, but in Spain, proximity to the smaller critters is nothing but a good thing. Crickets making a noise is considered incredibly good luck, so if you’re taking a visit to the Spanish region, keep your ears open.

Putting Bread Down Upside Down Is A Bad Omen – France 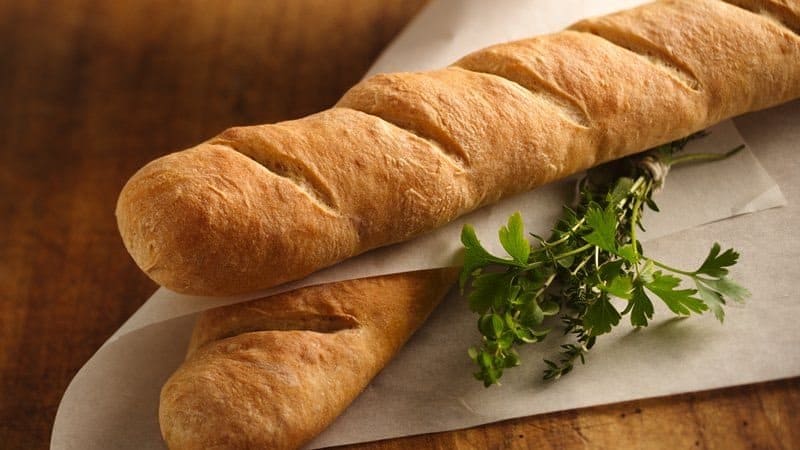 The French are renowned for their incredible pastries and bread, and like most things, they take it a lot more seriously than that majority of other countries. Mishandling bread, then, is not something to be laughed at and if you’re caught putting the stuff upside down on a table, it could lead to very bad things indeed. 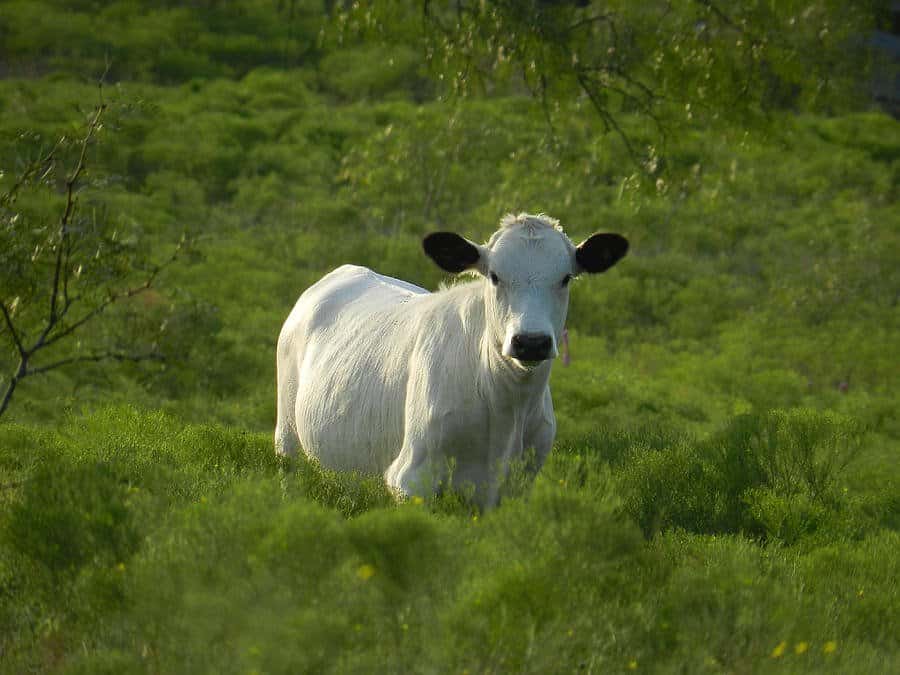 Isolated in the middle of the Atlantic ocean, Iceland is battered by some of the harshest winters out there and it’s hardly surprising that locals have come to fear signs of winter. If the first born calf of a litter is born white, then it means the following season will be a bad one, blanketing the land in metres of snow. 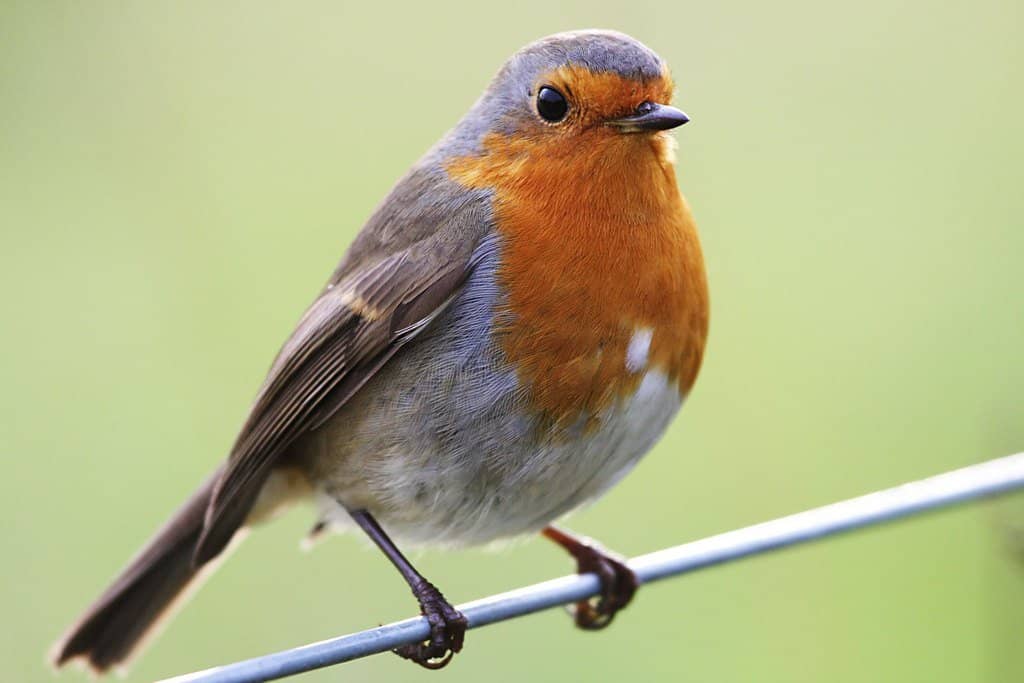 For most people, robins are a festive sign of winter and Christmas and are a welcome sight in the garden. If you’re in Ireland, however, things are a little different. The red birds are a symbol of intense superstition for the locals and if by any chance you kill one of them, bad things are headed your way. 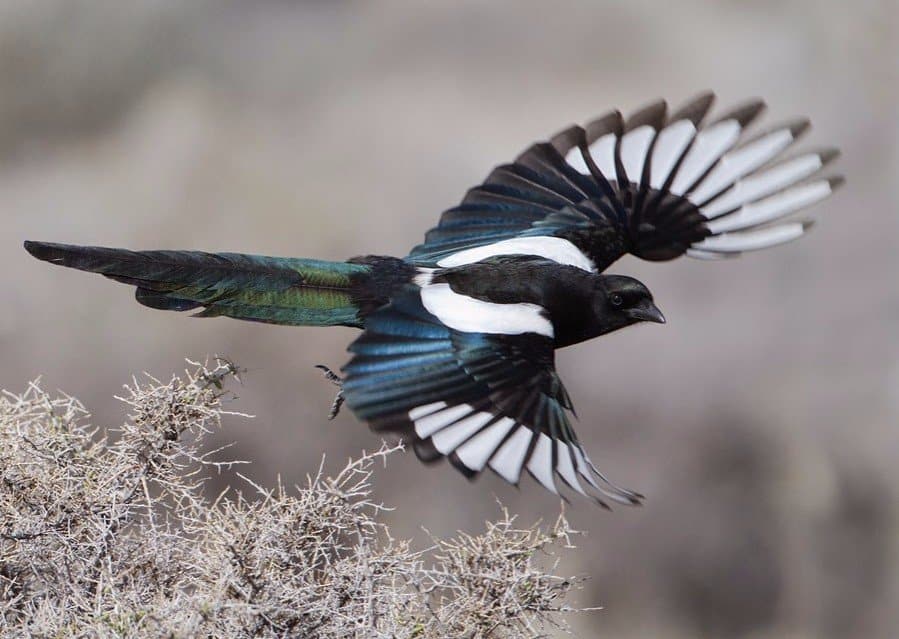 Magpies are renowned for their love of all things shiny but in the UK they’ve got an entirely different reputation. Seeing a single magpie is said to bring sorrow on the person who spots it but if you see two, count yourself lucky; the saying goes “one for sorrow, two for joy”, so if you see a Brit hunting desperately for a second magpie, just leave them to it. 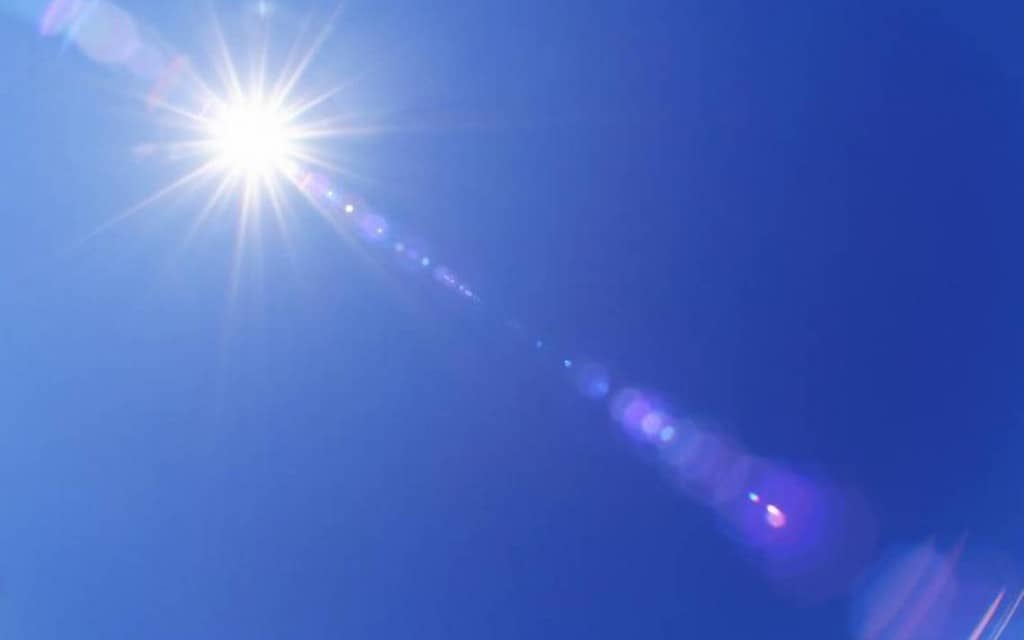 For many people, whistling is a sign of happiness and positivity, but in Norway, it has a whole other set of meanings. Whistling in the direction of the sun is said to tempt fate and lead to rain later in the day, something that Norwegians try to avoid at all costs. 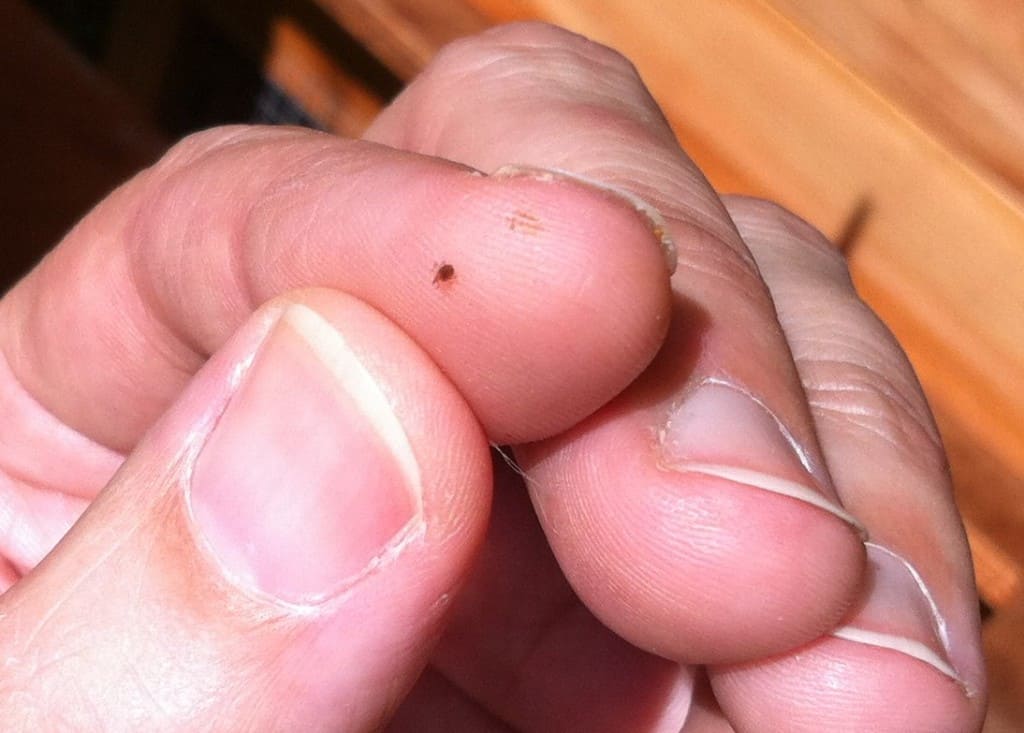 Getting into the smallest and most unreachable places in our homes, mites are an undeniable nuisance, and will cause more trouble than they’re worth. In Sweden, however, the tiny insects are a welcome sight and it is said that if you come across a lone mite, good things will come your way. 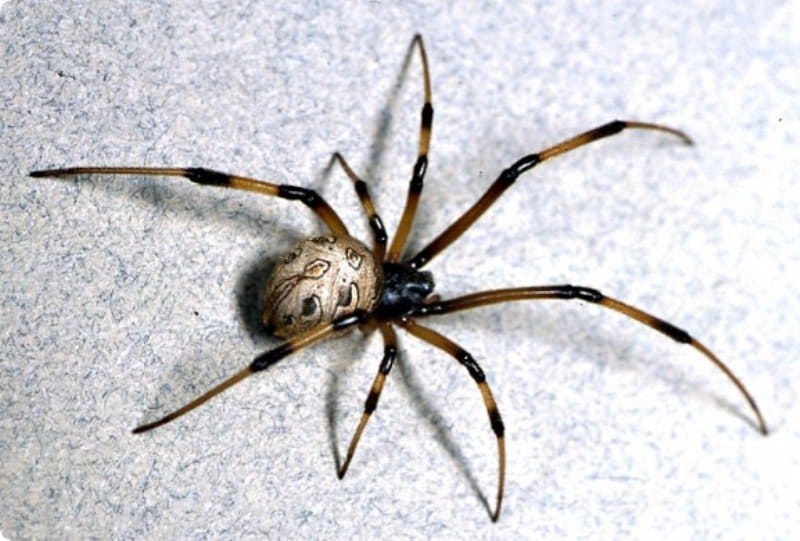 Spiders might not be everyone’s favorite critter, but in Finland it pays to avoid to urge to kill the tiny critters. Killing a spider is said to lead to rain the next day and being battered by a notoriously wet and cold climate, Finnish people unsurprisingly don’t like to test their luck.

Throwing Broken Dishes Is A Sign Of Good Fortune – Denmark 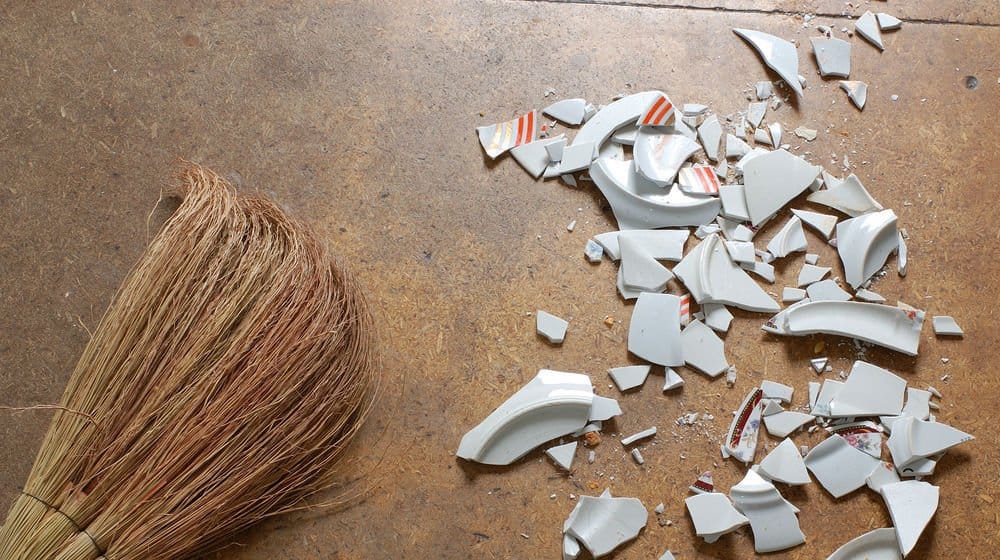 A tradition commonly associated with the Greek, it turns out that plate throwing is popular elsewhere in Europe, too. Danish people save up their old plates and dishes specifically to throw on New Year’s Eve, wherein it is said to bring great fortune for the year to come. 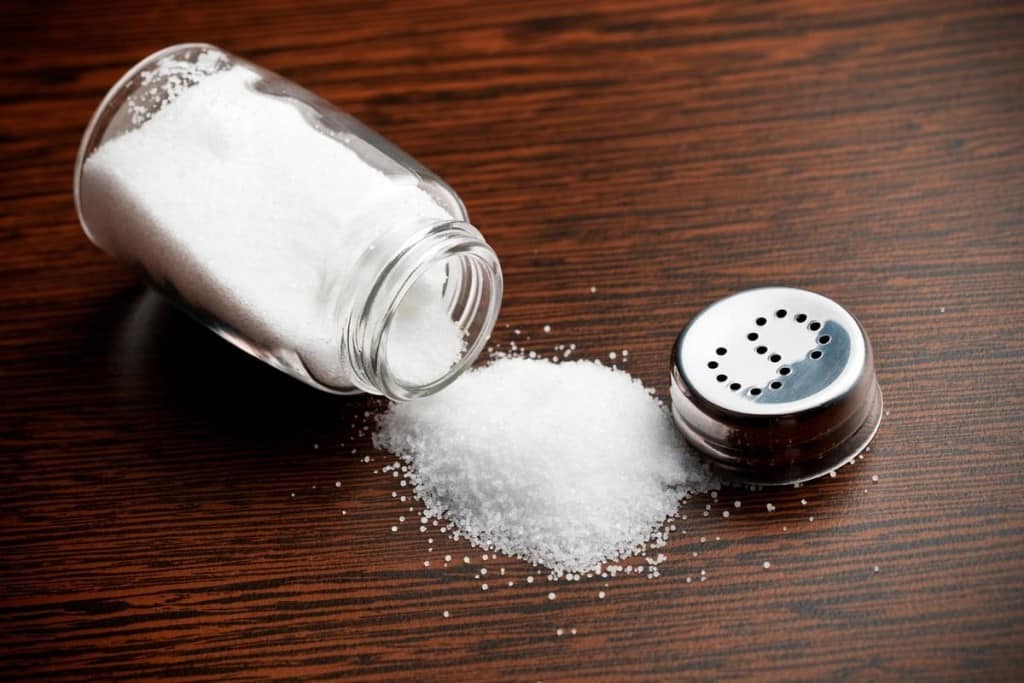 Whilst most of us would allow our neighbors a serving of salt if they were in need, in The Netherlands things are a little different. Lending salt to another person is said to bring bad luck to the lender, so if you find yourself lacking salt in The Netherlands, you’re on your own! 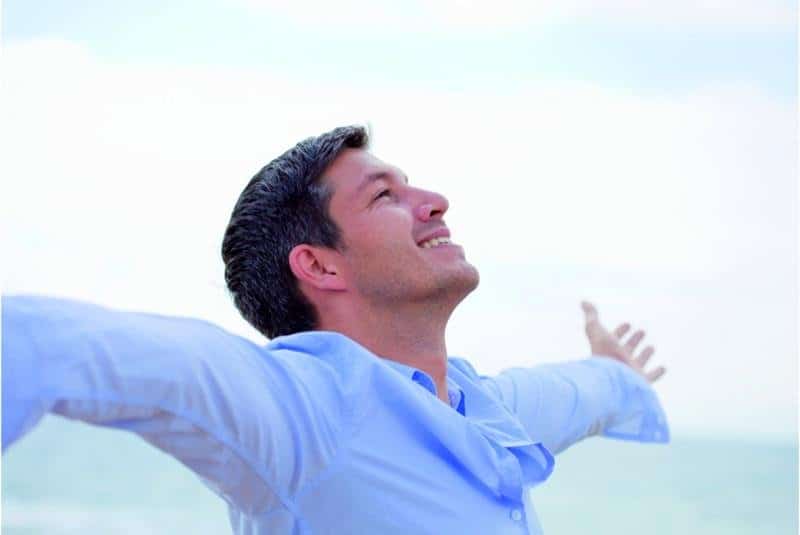 Spotting single men in Belgium is easier than in most places. Whistling is said not only to be a harbinger of good luck but also, to attract a girlfriend. Unsurprisingly, Belgian men like to try their chances. 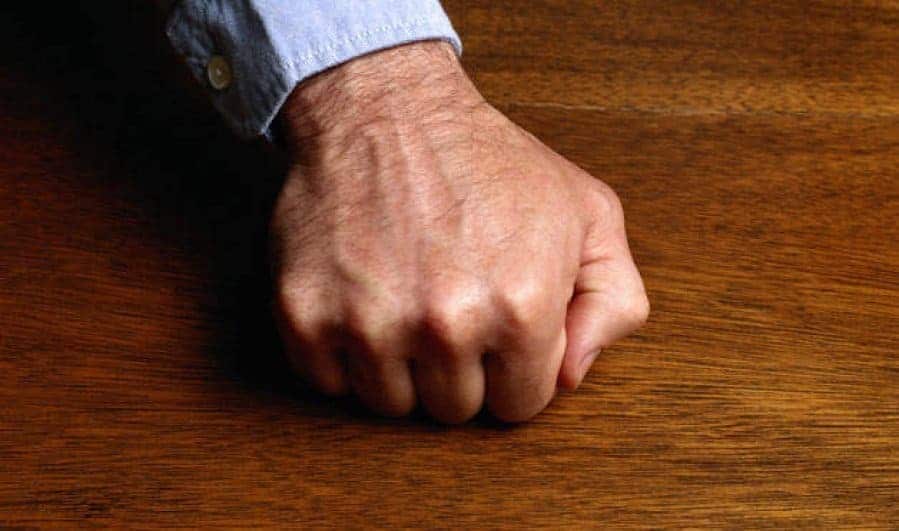 Germans drinking in large groups have a reputation for being raucous, and for good reason. When drinking with your friends in Germany, it is said to be very lucky to knock on tables. Whilst some take it a little more liberally than others, it pays to make a lot of noise when you’re out with your buddies. 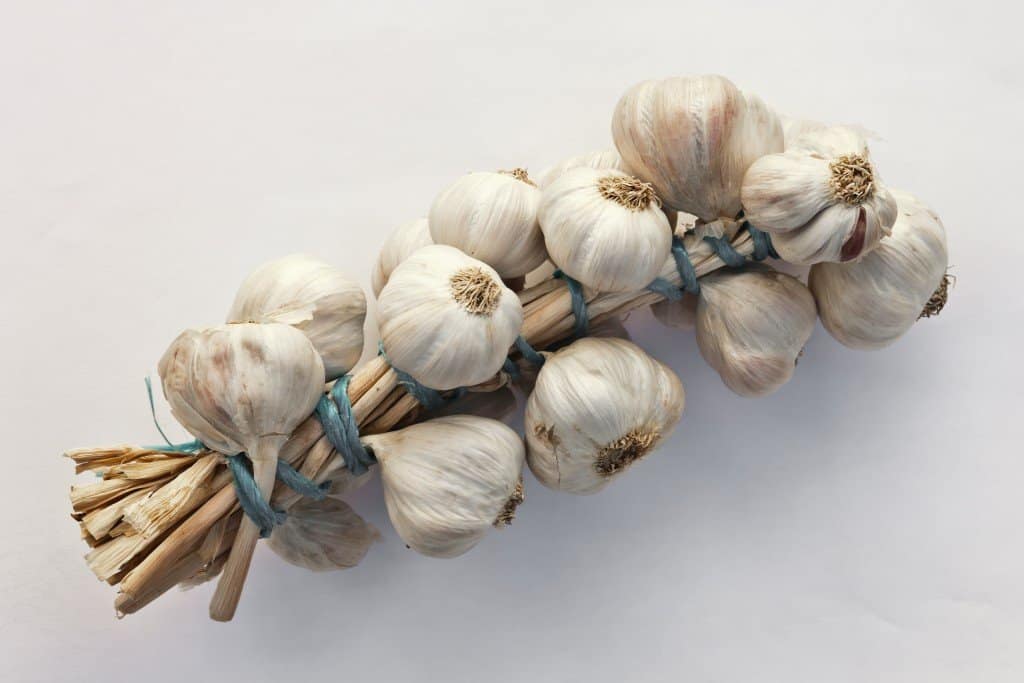 Not exactly a combination that most people would be thrilled to try, raw garlic combined with yogurt is believed to have some pretty powerful properties in Austria. If you’re feeling particularly superstitious, locals recommend dousing a bowl of yogurt with freshly sliced garlic, a dish that is guaranteed to ward off bad omens, and everyone else for that matter! 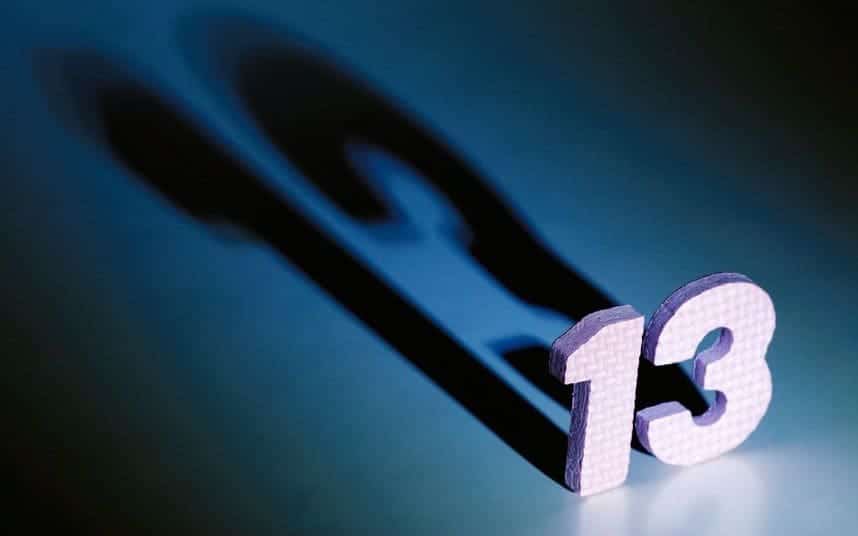 In most Western nations, the number 13 is a sign of bad luck and in many hotels and modes of transport, the number is missed out altogether. Things are a little different in Italy, however, and the number 13 is believed to be a sign of prosperity and life. The number 17, on the other hand, is a very negative number and is often excluded from public places.

Putting Your Bag On The Floor Is A Bad Omen – Poland 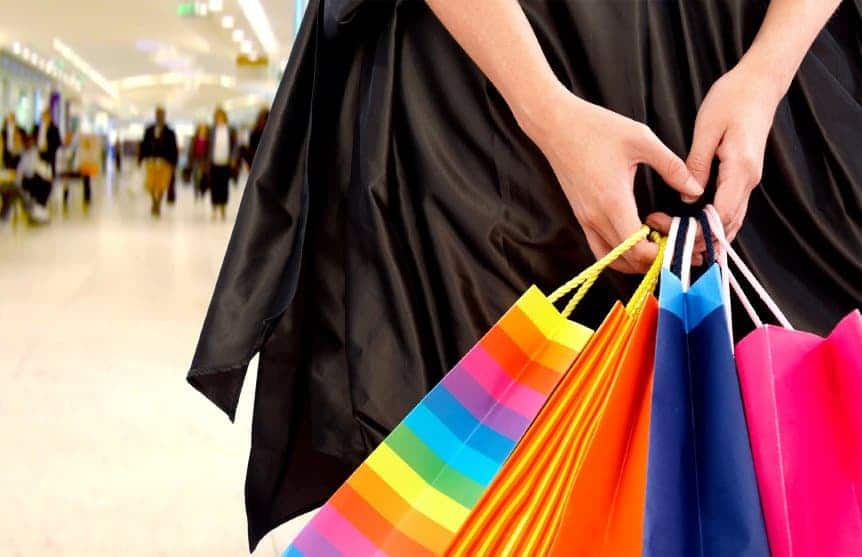 Resting a heavy load might be a relief for the majority of us but if you’re in Poland, you’re expected to endure the pain rather than face the consequences. Putting your bag on the floor in Poland is considered to be such bad luck that locals avoid the act altogether, choosing to strengthen their arms instead. 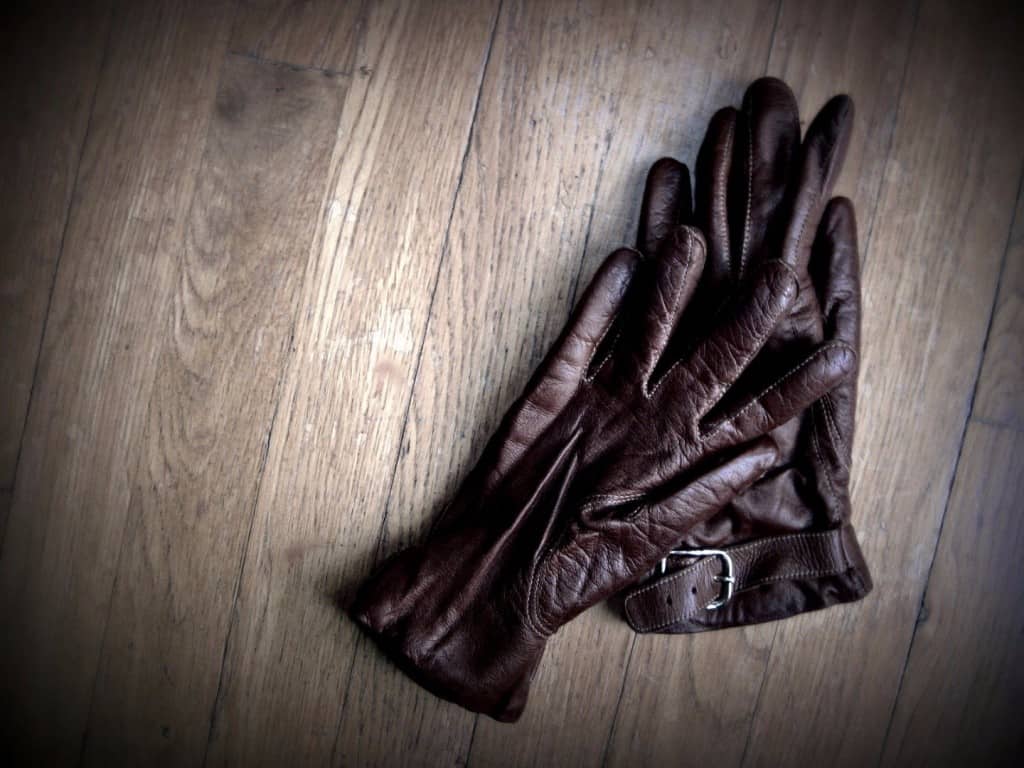 Coming in from the cold brings a relief unlike anything else, but if you’re in Latvia, it pays to keep your winter clothes on, even when you get home. Putting gloves down on a table is considered to bring about misfortune and bad luck, and is therefore something that Latvians avoid doing at all costs.

Passing A Priest In The Morning Brings Bad Luck – Ukraine 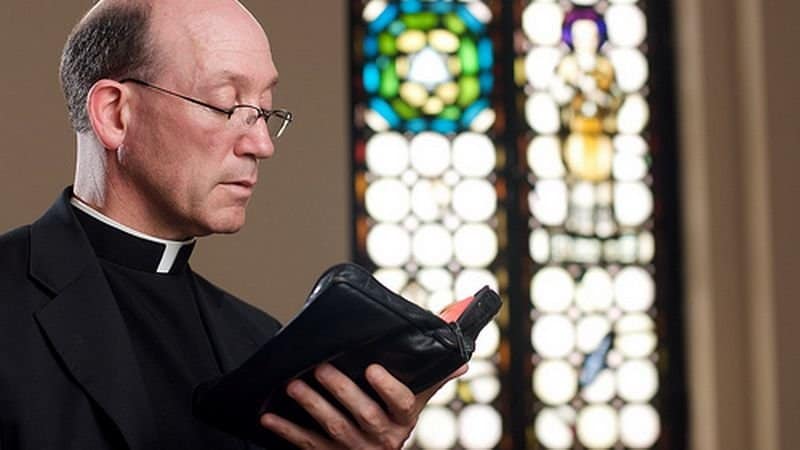 For most of us, priests are a sign of peace and calm, but for those in Ukraine, they represent something entirely different. Passing a priest in the morning is such a negative omen that most locals avoid them altogether and if by any chance, you talk to a man of the cloth before noon, bad things could be heading your way. 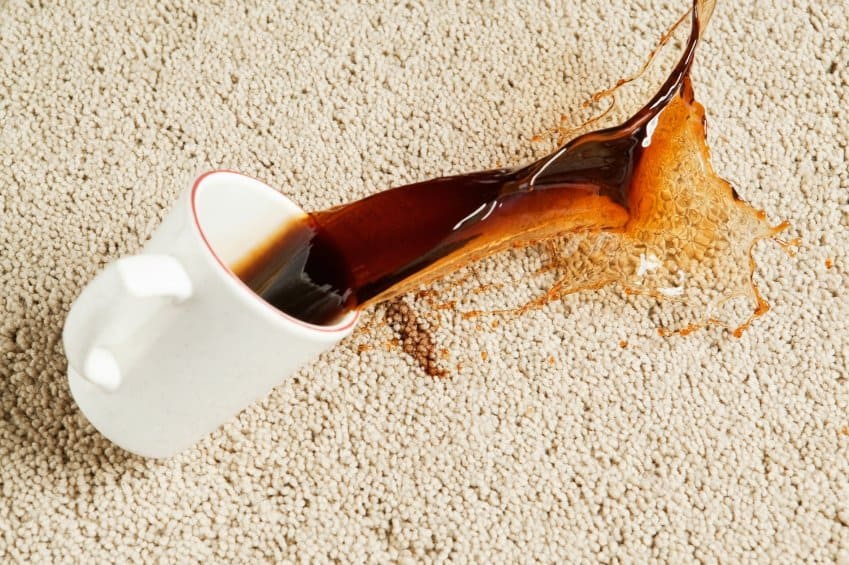 Most of us have experienced the bad fortune that is spilling coffee across a light surface, but in Romania the act is something to be celebrated. Spilling coffee is believed to be a sign of money coming from an unexpected source and unsurprisingly, Romanian people like this belief very much! 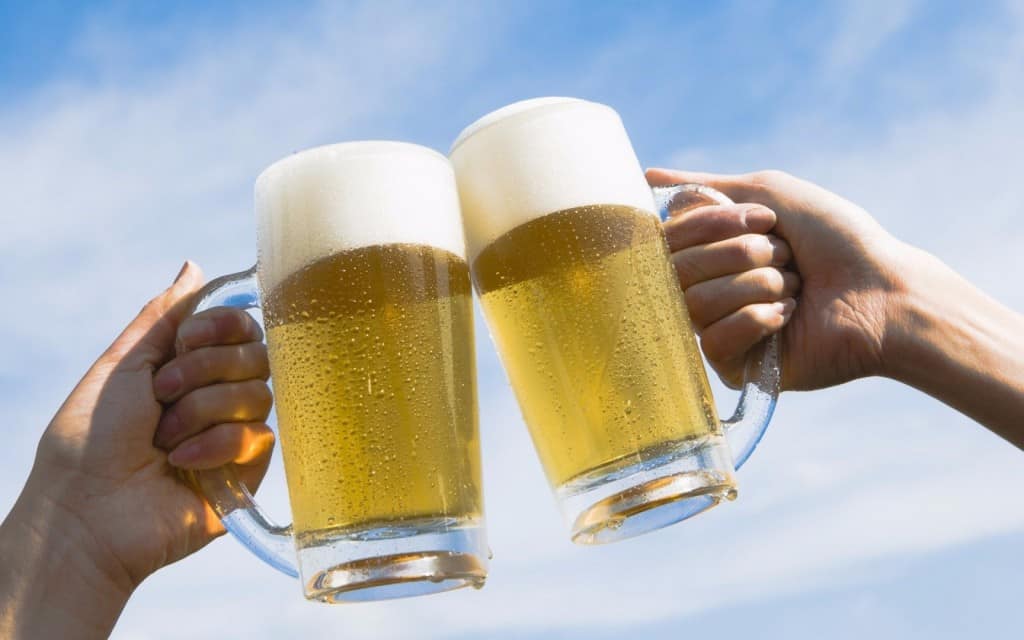 Making a toast is a regular occurrence when we’re out with friends but if you’re in Hungary, just make sure you’re not drinking beer. Toasting with any sort of beer is a very negative omen and doing so could spell bad things down the line.