20 Tunes That Were Written By Unexpected People

If you are quick to believe that pop stars write the songs they sing, they you probably don’t know much about the music industry – one of the biggest Beck vs. Beyoncé Grammys arguments was that Beyoncé’s music was written by a team of about 20 people whereas Beck wrote all of his songs on his own. While it makes sense that, for example, hip-hop singers would write music for other hip-hop singers, that isn’t always the case: just because an artist belongs to one genre of music doesn’t mean their music and lyric writing talents are limited to that genre. Check out the following twenty tunes that were written by unexpected people. 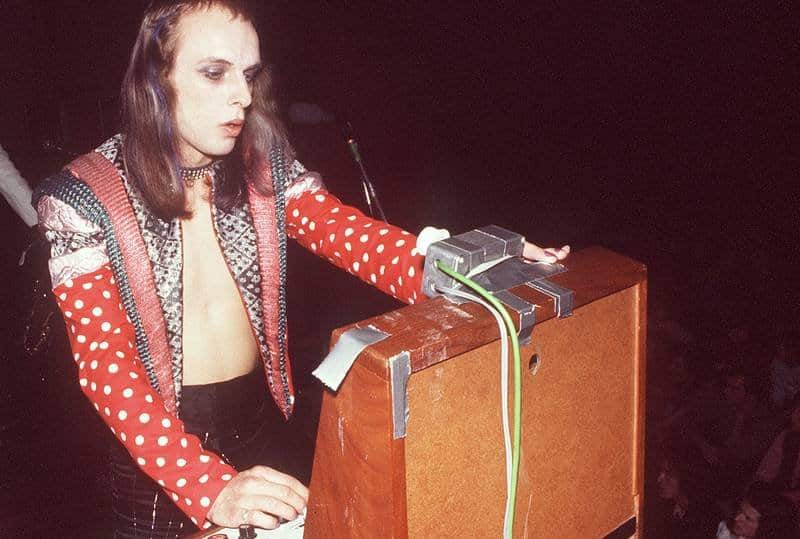 Brian Eno was not only an integral part of the band Roxy Music and therefore a big fixture in the world of glam rock; he also produced the best albums from bands like U2, Coldplay, and the Talking Heads. Remember that little tone piece that came on during your Windows 95 startup? He wrote that too. 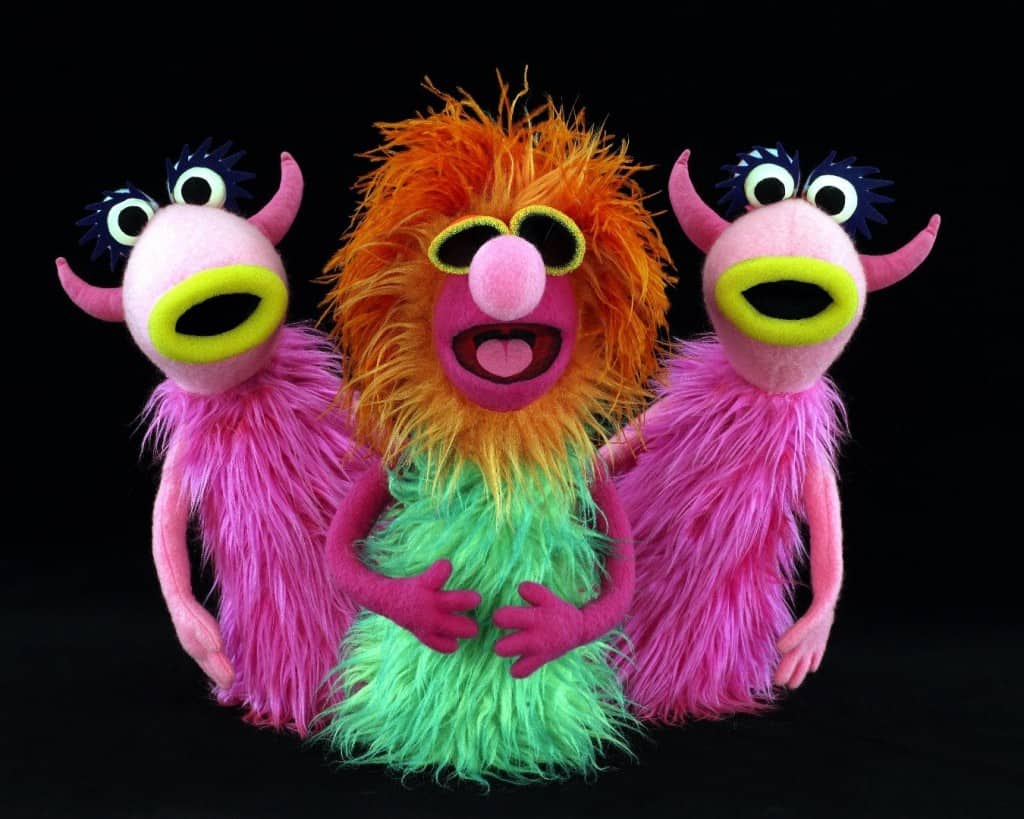 Whether you are a Muppets fan or not, you probably remember the show’s tune “Mah Nà Mah Nà.” You’ve probably never heard of the man who wrote the song, Piero Umiliani, but that’s probably for the best – the song was originally written for a movie about Swedish female nymphomaniacs.

The Magic of Christmas (God Bless Us Everyone) 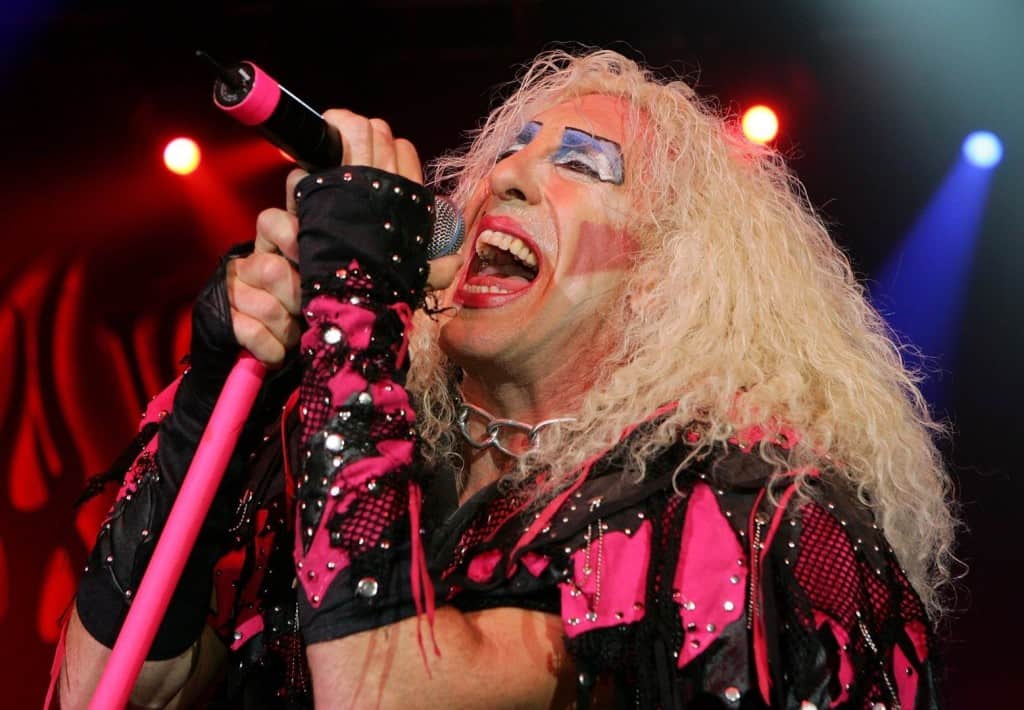 The classic Celine Dion Christmas album These Are Special Times was a commercial hit filled with timeless songs like “O Holy Night” and “The Christmas Song.” It also featured newly written tunes like “Don’t Save It All for Christmas Day” and “The Magic of Christmas (God Bless Us Everyone),” the latter of which was written by Dee Snider, the hair metal icon from Twisted Sister. 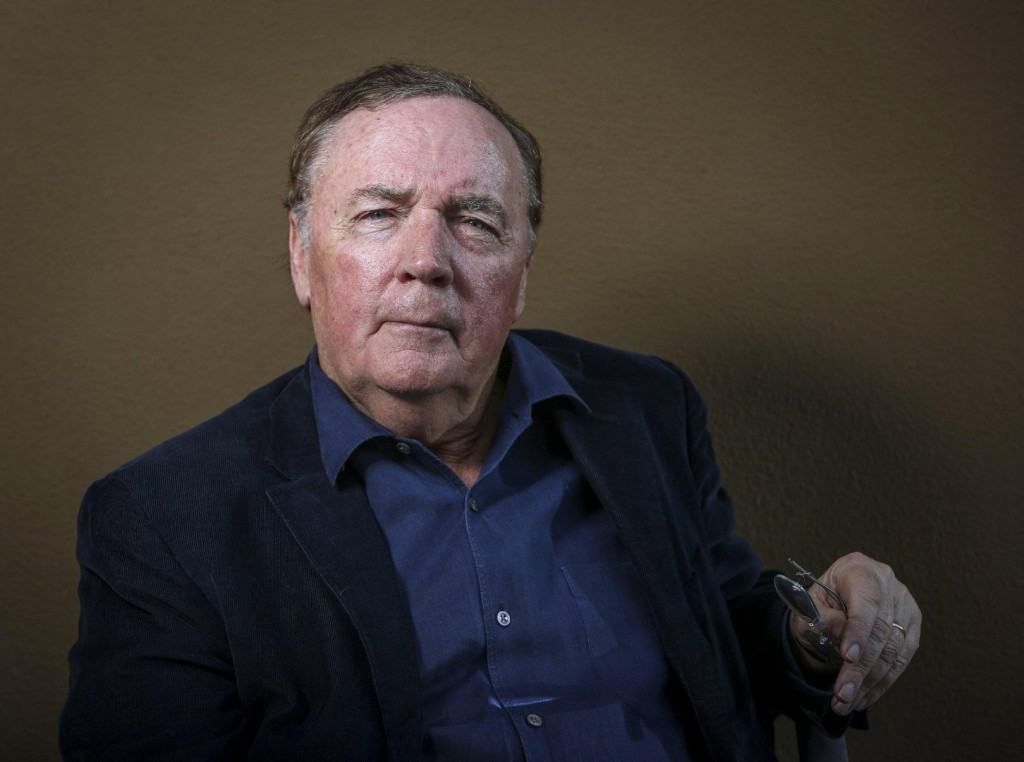 There are few commercial jingles that are as child-friendly as “I Wanna Be a Toys ‘R Us kid”. Ironically, it was written by James Patterson, the famous author of extremely non-kid-friendly murder mystery novels like Kiss the Girls and Along Came a Spider. 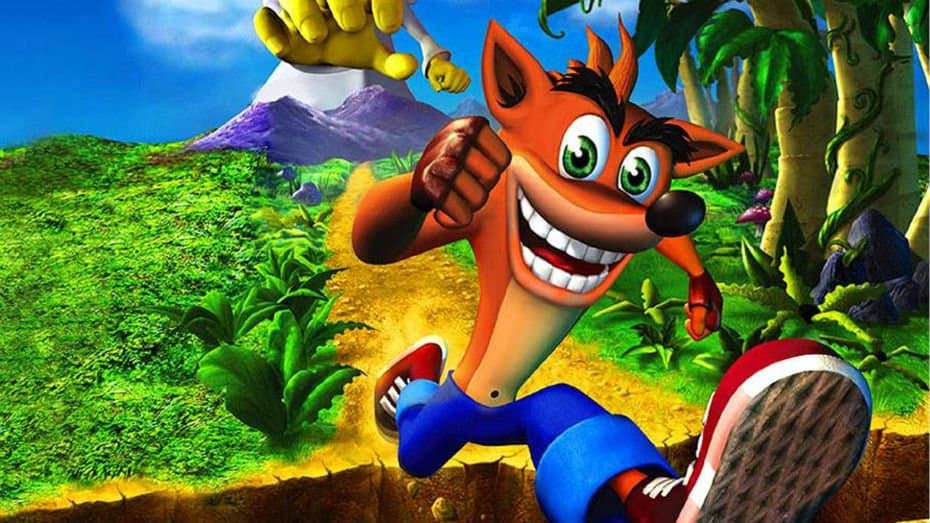 Its hard to forget the band Devo, who wore those weird red hats and sang that weird song “Whip It.” The band was co-founded and lead by Mark Mothersbaugh who is still famous for his weirdness – he is, perhaps, not so famous for writing all of the background music for the famous videogame Crash Bandicoot. 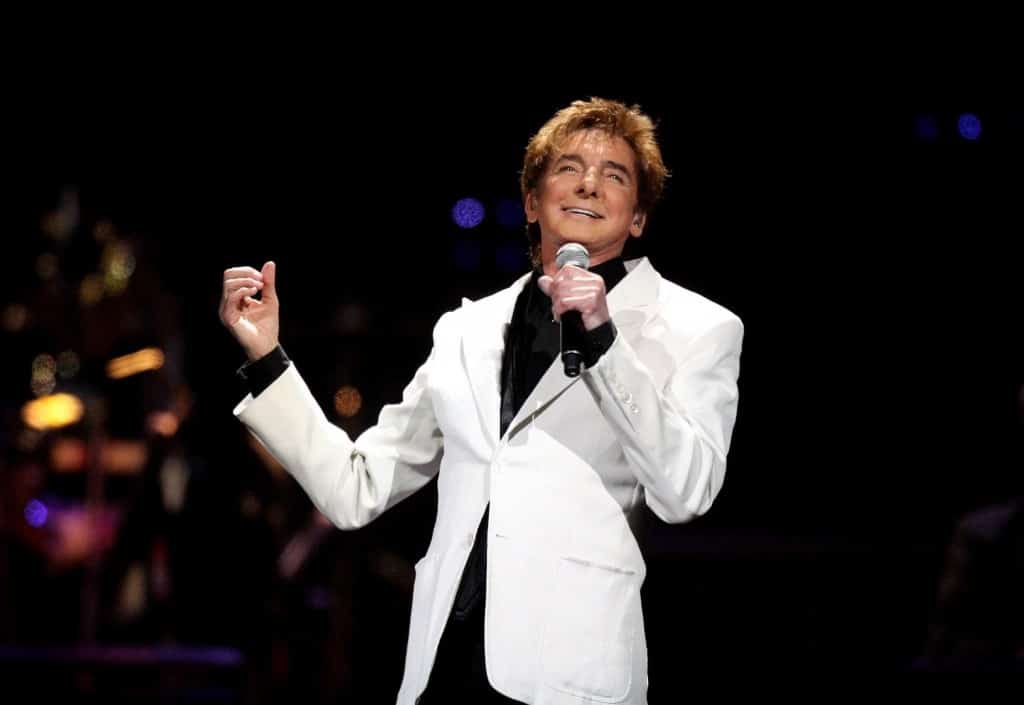 Even though you’d probably never admit to liking his pop songs, you are likely a Barry Manilow fan whether you know it or not. Aside from “Copacabana” and “Mandy,” Manilow also wrote the jingles for Band-Aid brand, KFC, and State Farm Insurance. 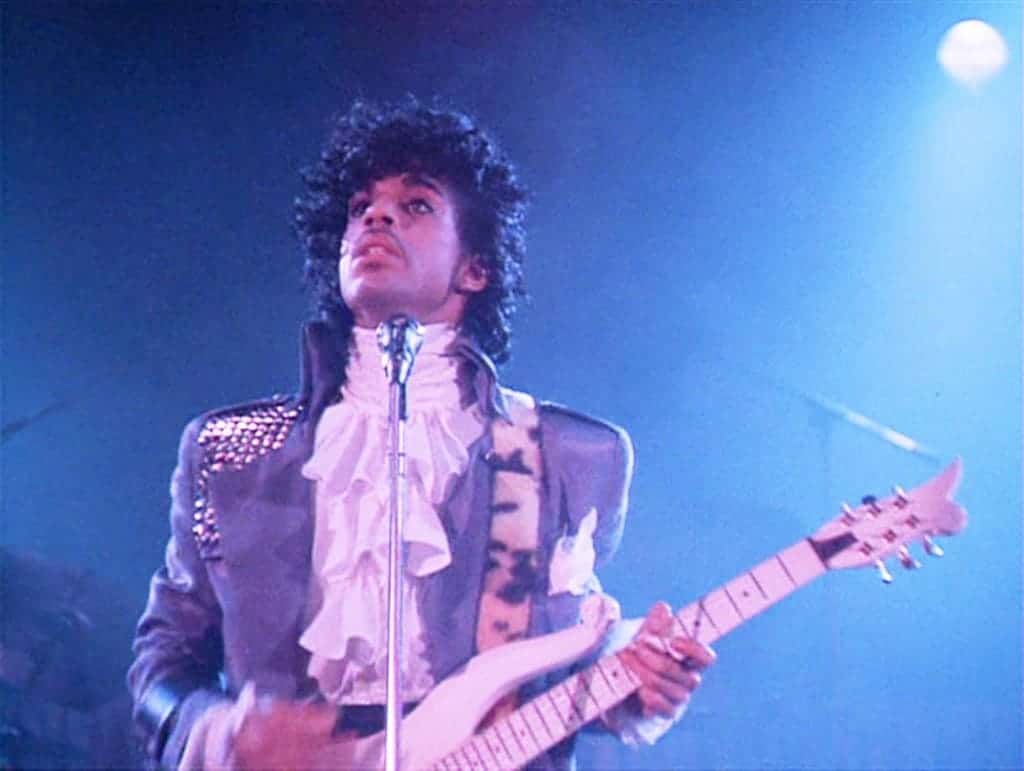 The album Different Light was a big success for the all girl pop-rock group The Bangles. While the ladies did write a lot of their own songs, they didn’t write they hit “Manic Monday” – that was written by the even bigger rock star Prince. 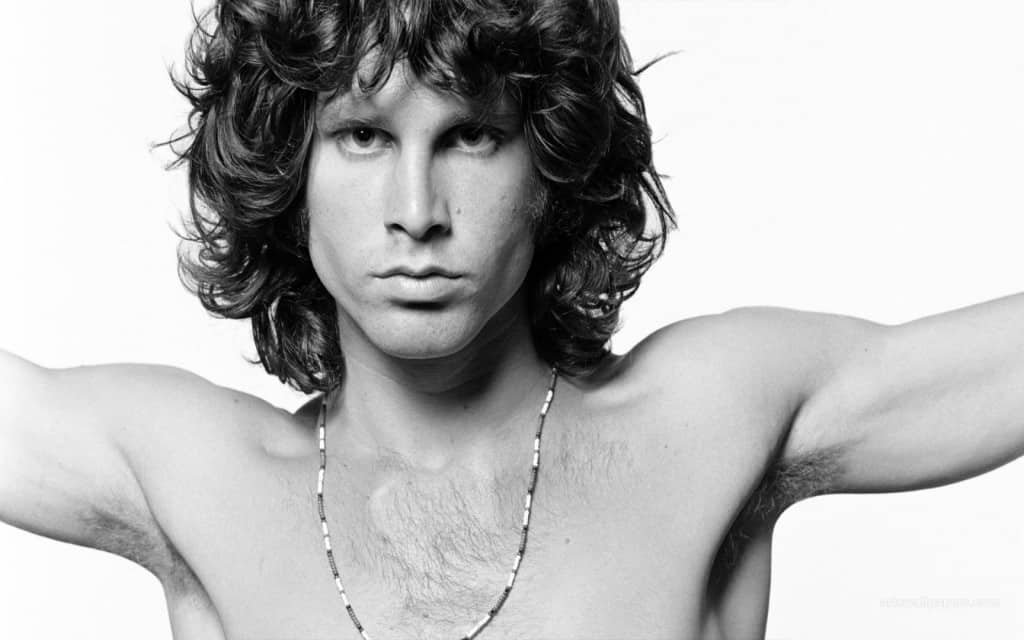 The track off of The Doors self-titled debut album seems like a perfect fit for a lead singer who was famous for abusing drugs and alcohol. Oddly enough, Jim Morrison didn’t write “Alabama Song (Whisky Bar)” – it was a poem written by playwright and Marxist Bertolt Brecht criticizing Capitalism and how it valued sex as a commodity.

Blinded By the Light 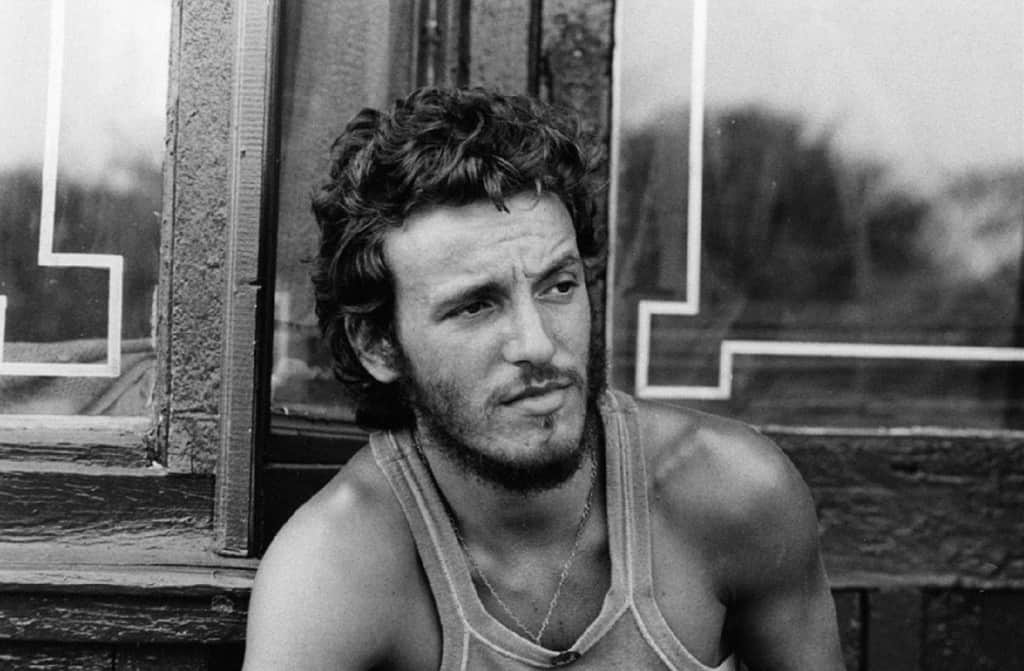 If you are a fan of late 70’s synth music, then you probably know the Manfred Mann hit “Blinded By the Light.” But it wasn’t originally an electro-rock song: the tune was actually penned by a young Bruce Springsteen during his Bob Dylan phase.

Yo-Ho, A Pirates Life For Me 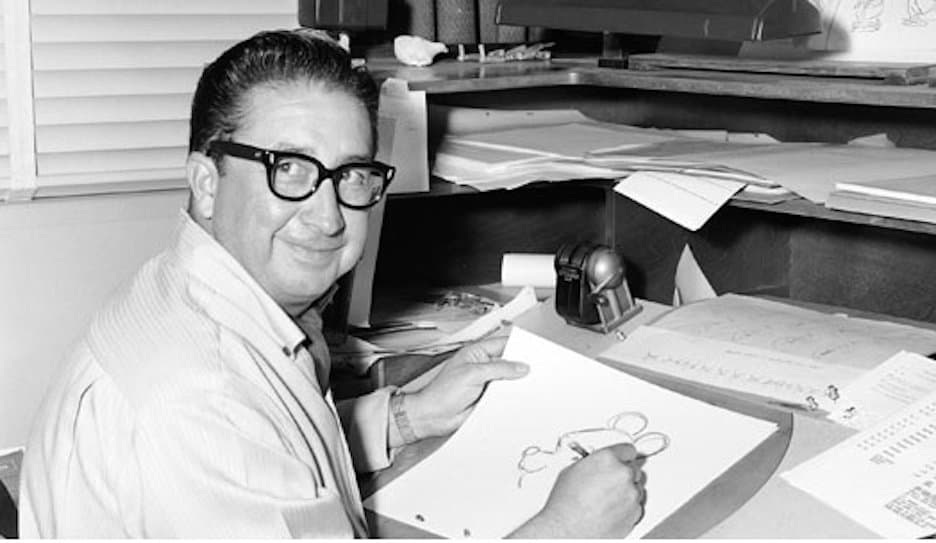 Xavier “X” Atencio was an animator for Disney who also wrote the famous songs “Yo-Ho, A Pirates Life for Me” and “Grim Grinning Ghosts.” While it may not seem all that amazing, it was – Atencio has no musical experience and had never written a song in his life before. 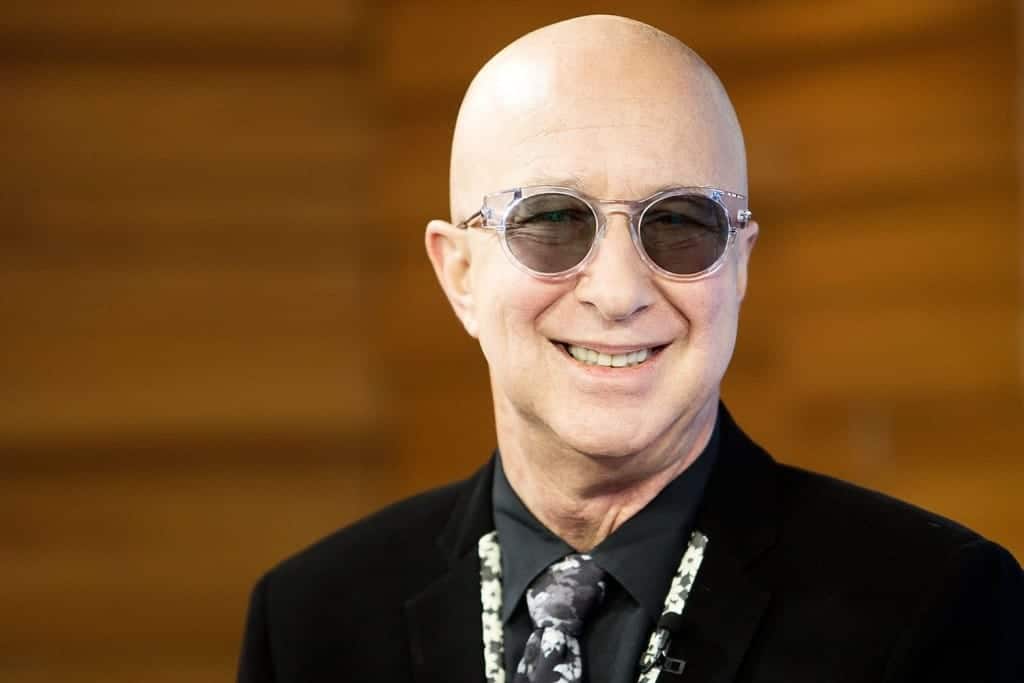 Paul Shaffer will always be famous as the bald guy musical director on Late Night with David Letterman. Unfortunately, he probably isn’t as famous for writing the infectiously joyful pop-song “It’s Raining Men.” 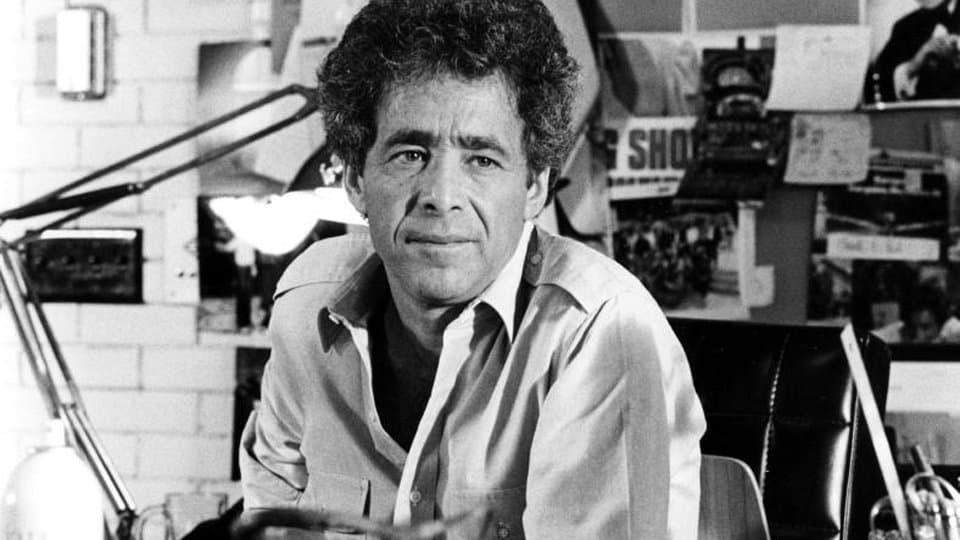 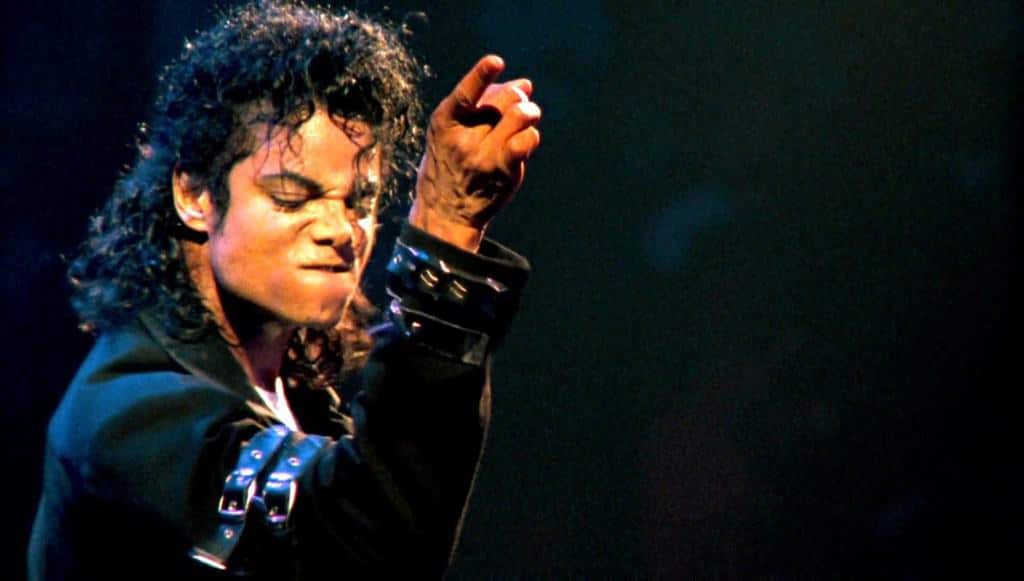 King of Pop Michael Jackson rocked the musical spotlight, but he still found time to do plenty of things under the radar. For instance, he quietly wrote the song “Do the Bartman” for “The Simpsons” TV show. 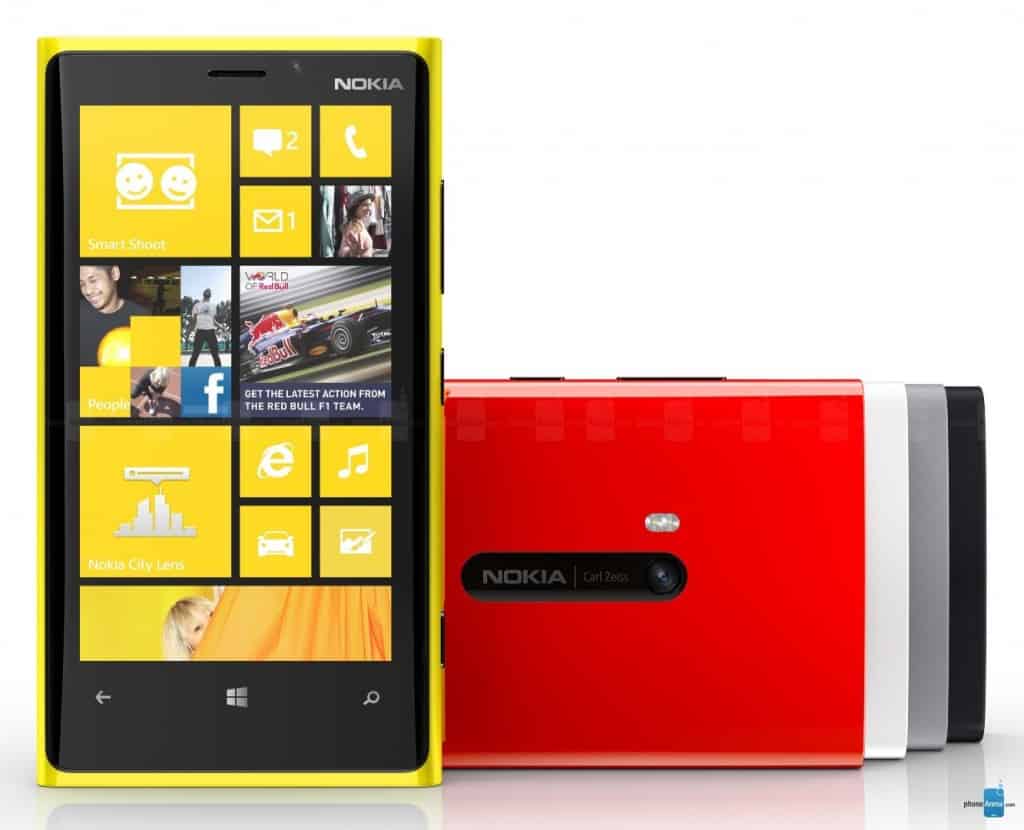 The famous four-note tone wasn’t written by anyone living today, but rather by a 19th century Spanish composer named Francisco Tárrega, the phrase taken from his guitar piece “Gran Vals.” It was the idea of the Nokia lawyers to pull music from someone more than 75 years dead so they wouldn’t have to pay for it.

Get the Party Started 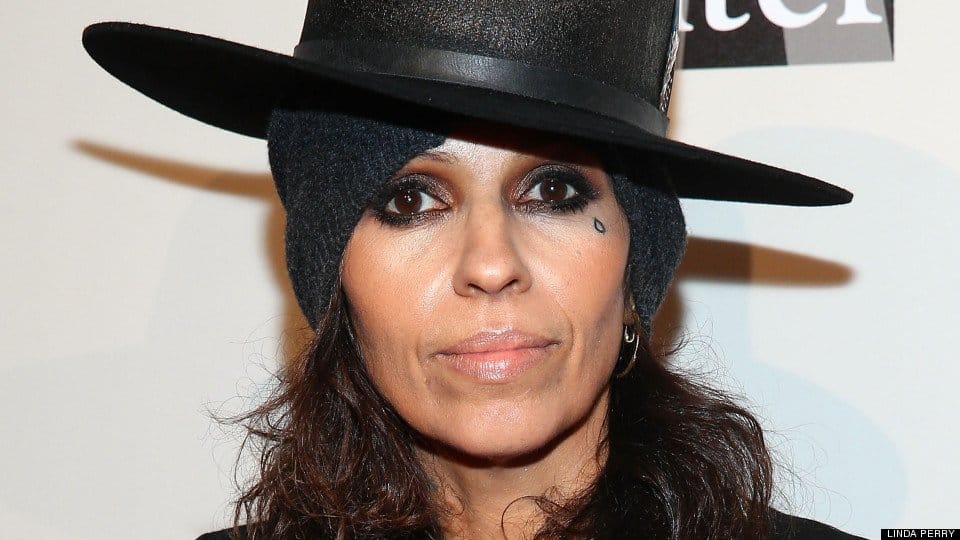 The pop artist Pink hit it big when she released the first single off of her sophomore album Missundaztood called “Get the Party Started.” Though you probably wouldn’t expect it, the song was actually written by psych/hard rock 4 Non Blondes frontwoman Linda Perry. 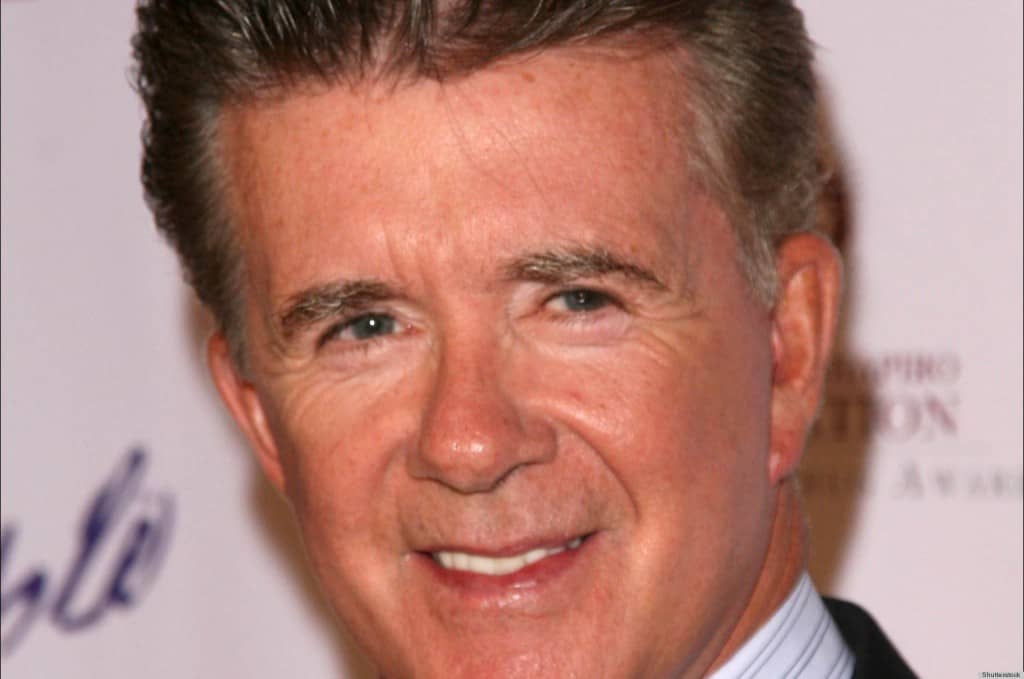 You’re probably familiar with the music of Robin Thicke, but did you know that his dad, “Growing Pains” actor Alan Thicke, had a musical career of his own. Unlike his boy, he wrote music including the themes for “Wheel of Fortune,” “The Facts of Life,” and “Diff’rent Strokes.” 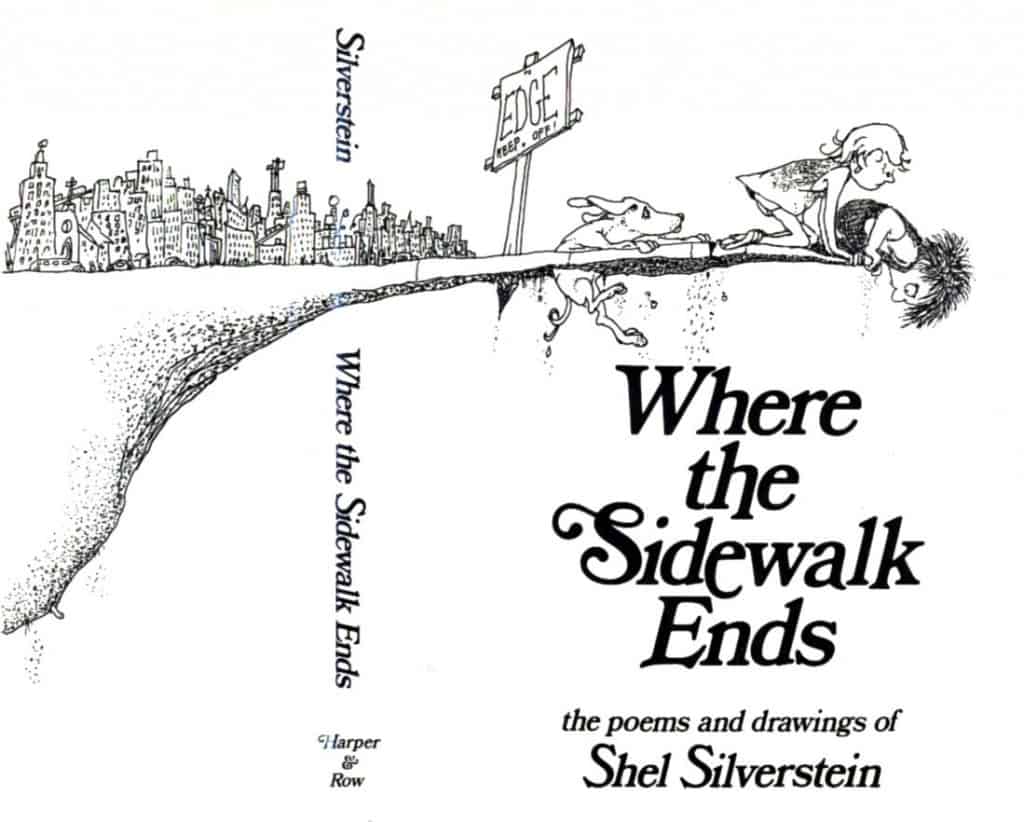 Johnny Cash was a man who rocked hard and lived hard, but he had a softer side too that shined through in songs like “A Boy Named Sue.” But for that song, the softness wasn’t entirely his – the lyrics were penned by poet Shel Silverstein. 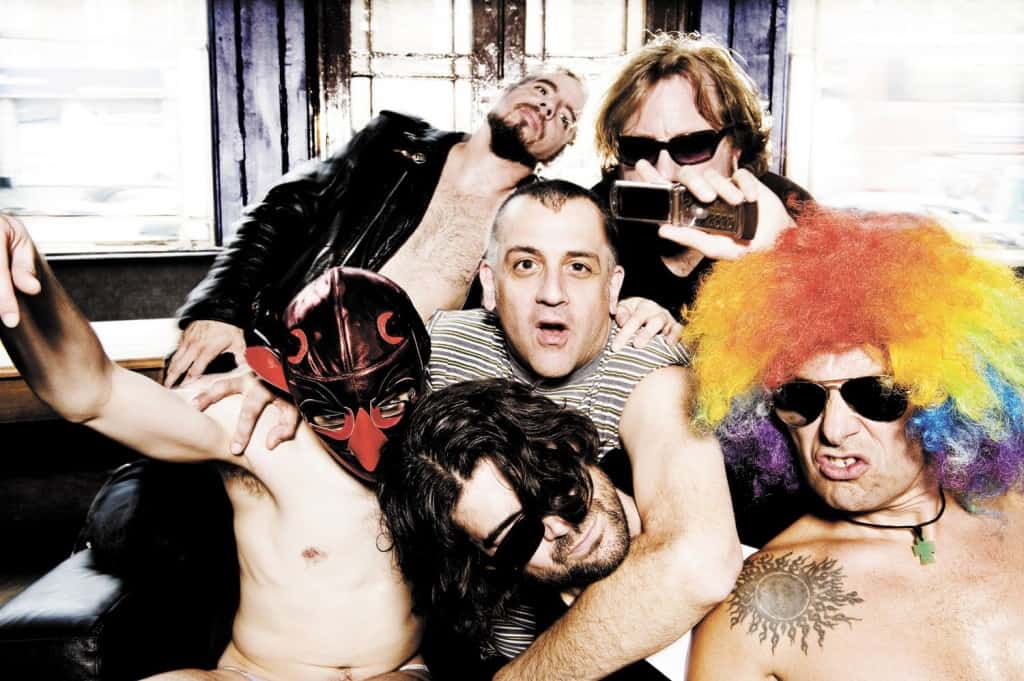 When their album Blood, Guts & P*ssy was released by the punk band The Dwarves, SPIN magazine named it “the most offensive album of all time.” As such, you’d probably be shocked to know that they also wrote and performed the song “Doing the Sponge” from the beloved children’s TV show “SpongeBob SquarePants.”

It’s All In the Game 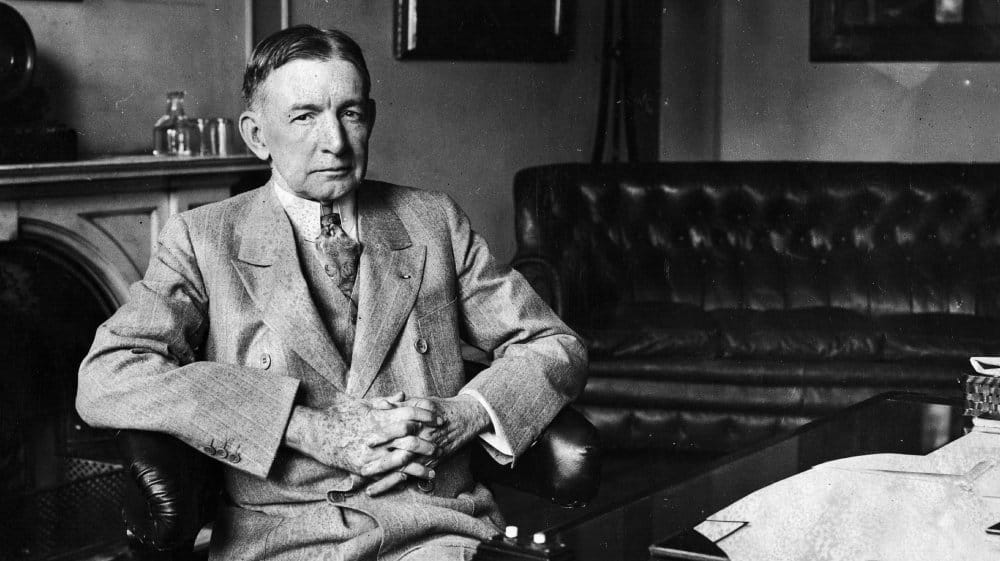 In 1958, everyone was crooning along to the Tommy Edwards ballad “It’s All In the Game.” None of those people likely ever realized that the music was written by Charles G. Dawes, Nobel Prize winner and 30th Vice President of the United States.

Look at Your Game, Girl 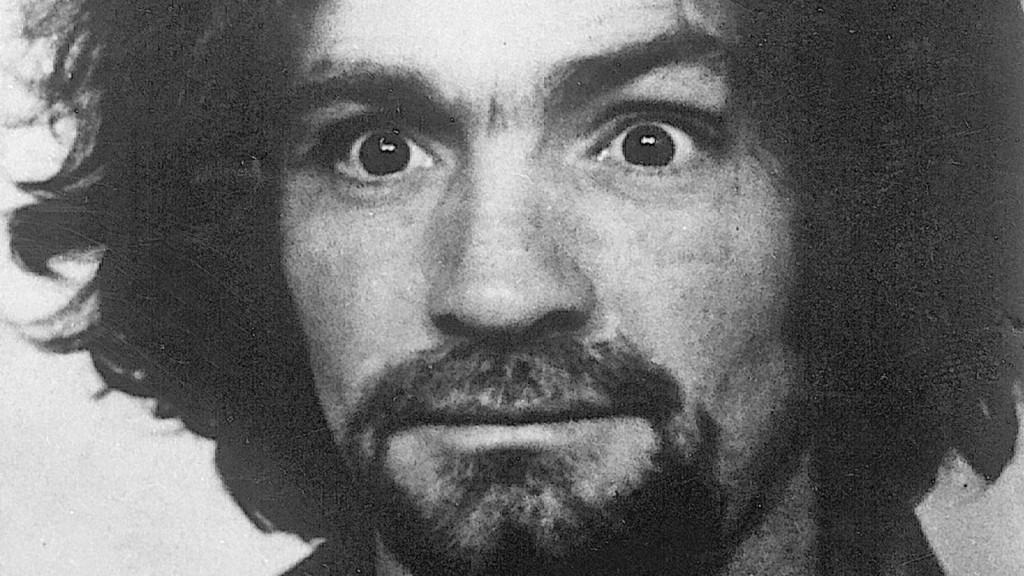 The song “Look at Your Game, Girl” on the Guns and Roses album “The Spaghetti Incident?” wasn’t actually written by the band. It was originally released in 1970 by notorious serial killer Charles Manson on his album Lie: The Love and Terror Cult, released to help pay for his legal counsel.