If you go into any bar, in any place in the world right now, chances are that you will come across a group of people feverishly discussing a global conspiracy theory. Despite the high news coverage that follows every international event, “secret” information always seems to pop up days after a global disaster, revealing details of what really went down, or so it would have us believe. Whilst most of us know that conspiracy theories are nothing but a huge hoax, we love hearing them regardless, turning over the information in our minds. Although these conspiracy theories might have little proof to their names, they will certainly get you thinking. 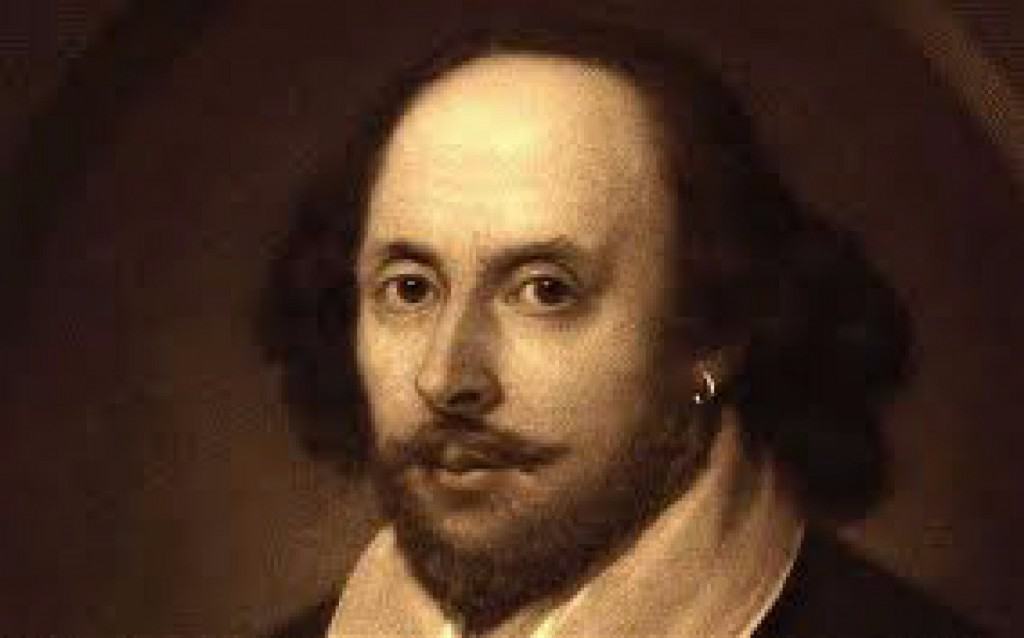 If you ever studied any sort of literature in school, it’s almost certain that you came across the works of William Shakespeare at some point. What you might not know, however, is that scholars aren’t even sure that William Shakespeare as we know him even existed. Very little is known about the writer’s history and many believe that Christopher Marlowe was the voice behind the works.

The 7/7 Bombings Were Faked 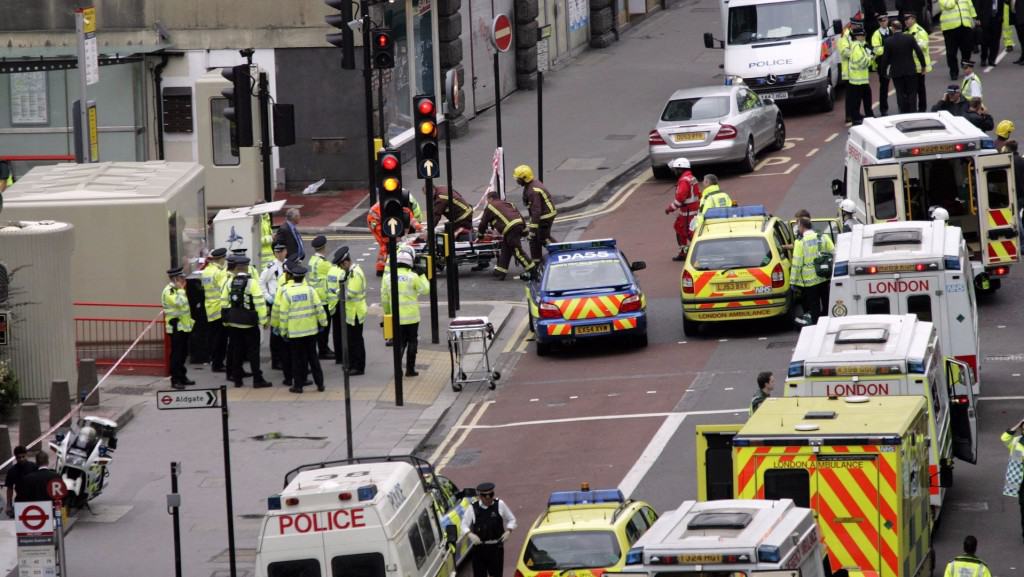 Despite being intricately documented by news and media channels from around the world, rumors still circulate the internet on whether or not the London bombings in 2005 actually happened. Inconsistencies in news reports and eyewitness accounts have caused a number of people to question whether or not the events actually occurred or rather, were a government farce, created to fuel hatred.

Global Warming Is A Hoax 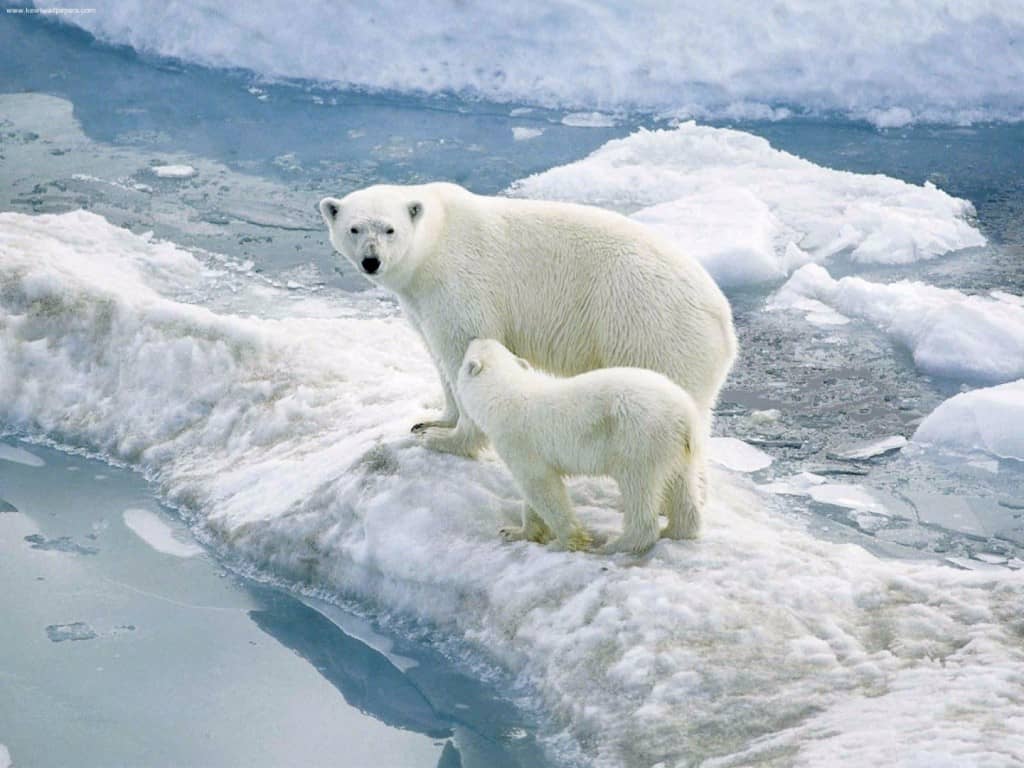 Apparently, the shrinking size of ice caps and rising sea levels aren’t sufficient proof to convince many of the reality of global warming and there is a huge population of people who simply believe that it is a myth.

The AIDS Virus Was Created In A Laboratory 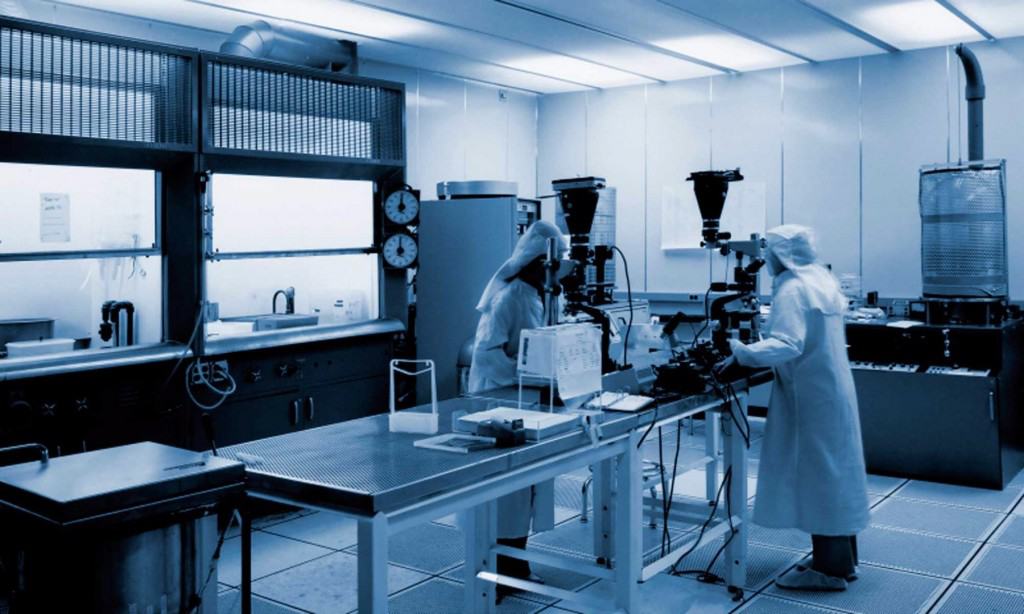 Whilst most commonly attributed to primates, there is a subsection of people who believe that the AIDS virus was a CIA invention, created in laboratories in order to wipe out homosexuals and African Americans. Even though we are well past the virus’ epidemic phase, many refuse to believe that AIDS spreads naturally.

The 2004 Tsunami Was Caused By Nuclear Testing 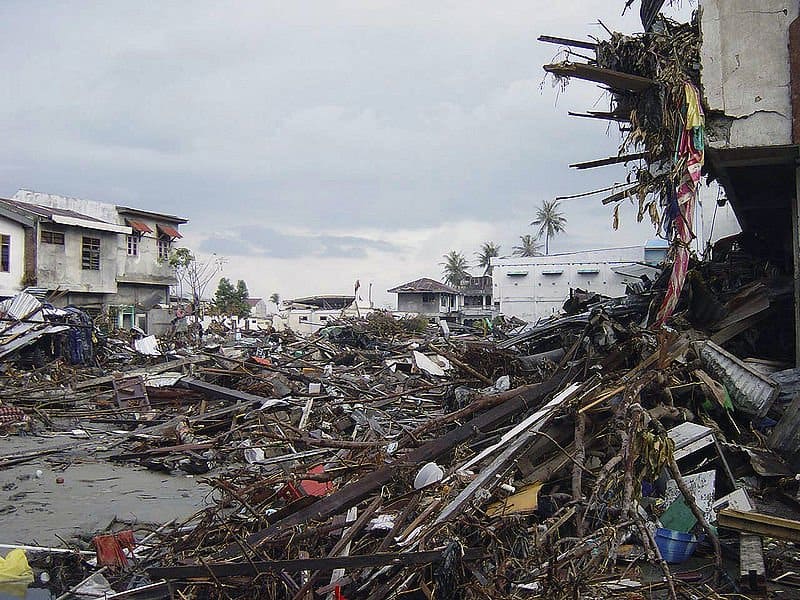 The Indian Ocean tsunami was one of the most devastating disasters to have happened in recent history and whilst most people attribute it to nature, there are a group of people who think that something more sinister was at work. Muslim communities believe that the tsunami was a result of nuclear testing between Israeli and American experts, designed to wipe out their population.

Pearl Harbor Was Allowed To Happen 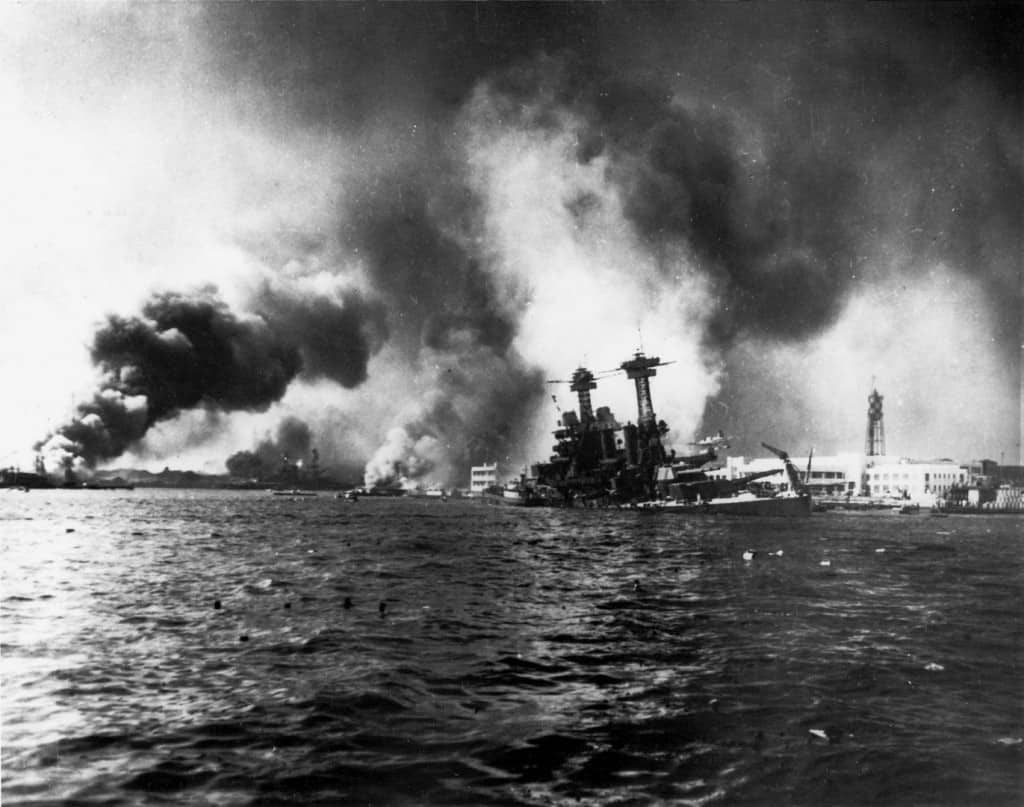 Pearl Harbor has gone down in history as the catalyst for America joining WWII. Many conspiracy theorists believe that the President at the time, Roosevelt, knew about the attacks before time and allowed them to ahead in order to join the war. Whilst no historical history supports this belief, many refuse to let it go.

Harold Wilson Was A Soviet Agent 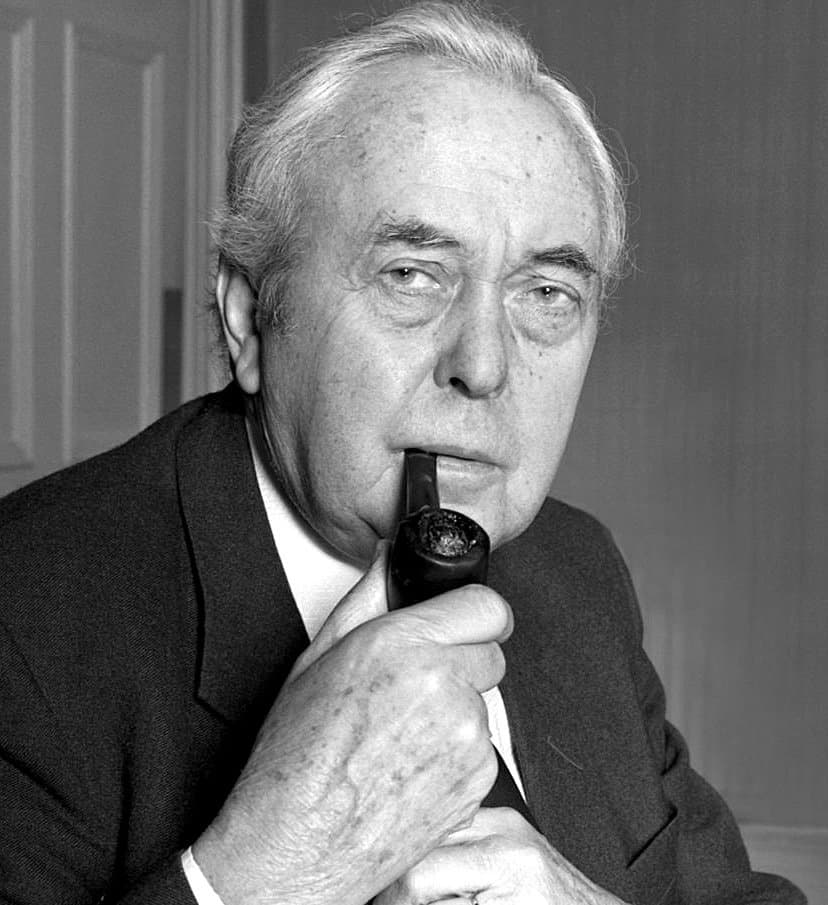 British Prime Minister Harold Wilson was in charge of the UK at the height of the Cold War, so it’s unsurprising that there are a number of Soviet rumors attached to his name. Most lasting is the fact that he was an undercover Soviet agent, using his position in order to feed back vital information to Russia. 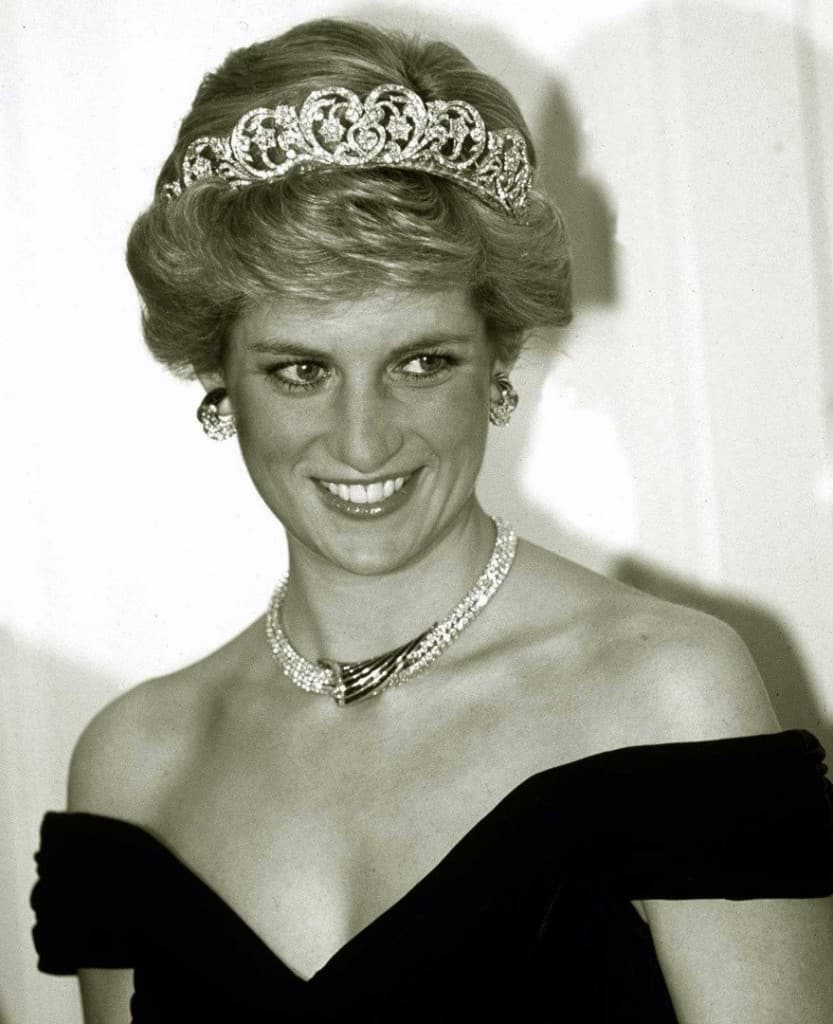 If you were born anywhere in the last twenty years or so, it’s pretty likely that you remember the day in which Princess Diana was announced dead. Whilst from photos, it was clear that the car accident in which she died was legitimate, there are many who believe that it was orchestrated by other people, some even blaming the Queen of the United Kingdom. Whilst rumors have been quashed, many still hold on to the conspiracy. 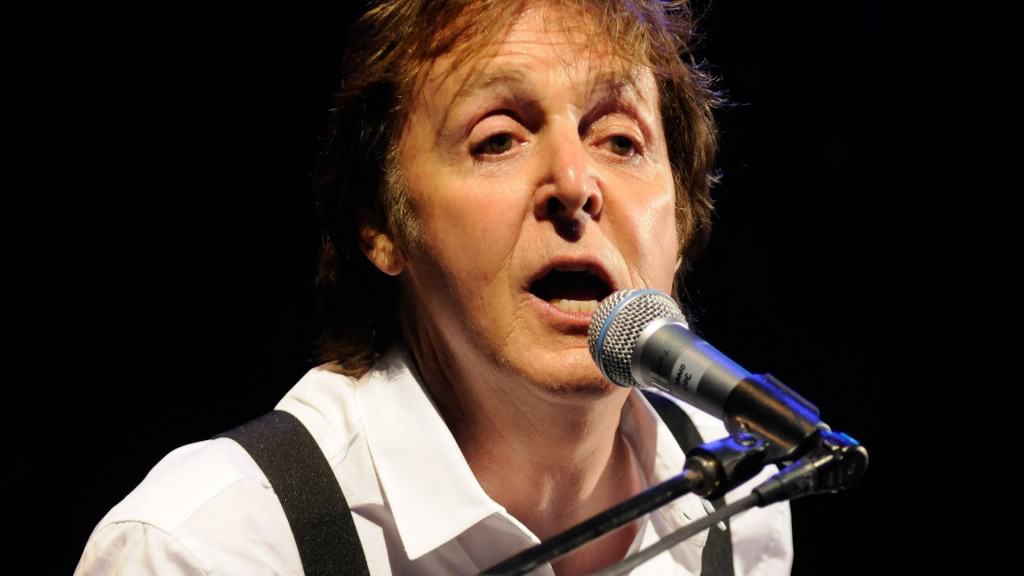 Yes, you read that correctly; many people believe that the “real” Paul McCartney died years ago and the one that we know today is merely a stand in. American students in the 60’s published theories that the band’s artwork and lyrics contained clues to the singer’s death. Whilst McCartney is clearly living and breathing today, the rumors resurface every now and then.

Elvis Faked His Own Death 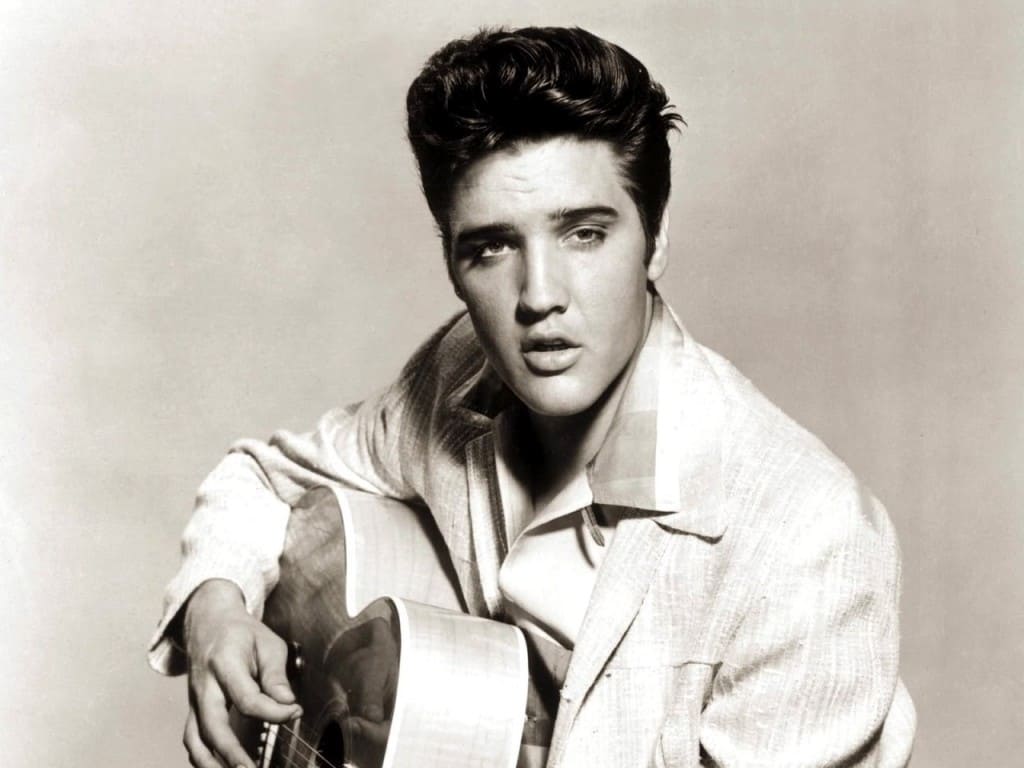 In the aftermath of Elvis Presley’s death, many grieving fans fell under the assumption that the singer had merely faked his own death in order to disappear from society. In the weeks and months after his death, some people claimed to have seen the singer out and about and in the mid 1990’s, tabloid newspapers released the “real” details of the star’s death.

The Da Vinci Code Is True 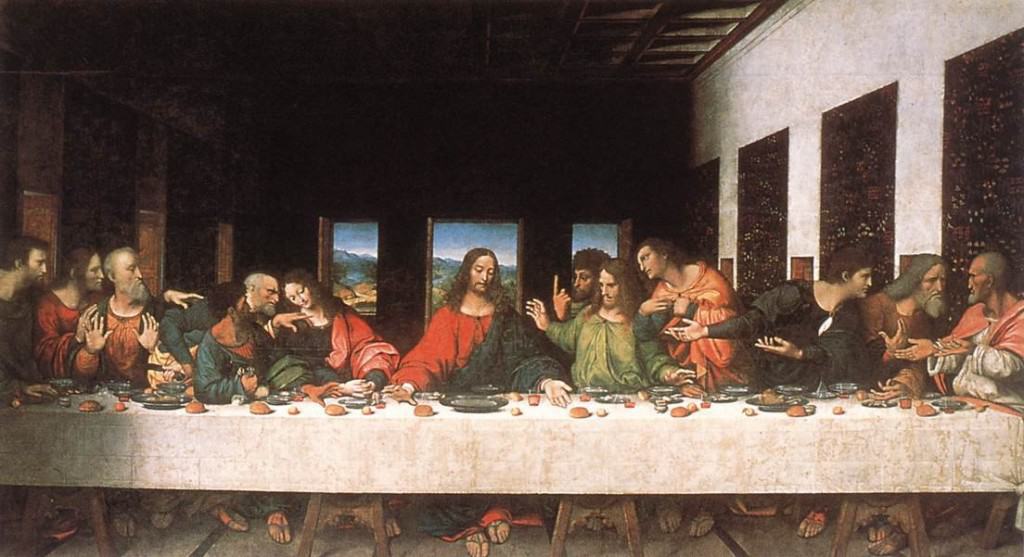 Dan Brown’s hugely successful novel did more than just inspire an entire generation to read again; it sparked rumors of the relationship between Jesus and Mary Magdalen. There are many people out there who believe that the pair really did marry and procreate and somewhere today, Jesus’ real descendants are living.

The Illuminati Run The World 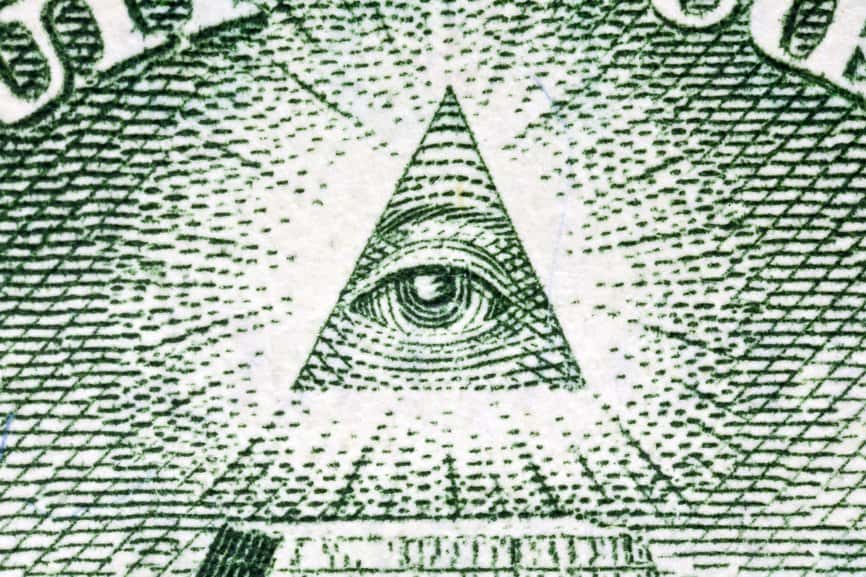 There is a running conspiracy theory out there that a global elite society, the Illuminati, are out there plotting to take over the world, if they don’t already run things. Rumors have circulated to as strange parties as Kanye West and Jay Z and whilst the two do seem to have a weird obsession with triangle symbolism, it doesn’t seem likely that they’re involved in a covert world-domination plot.

9/11 Was Planned By The US Government 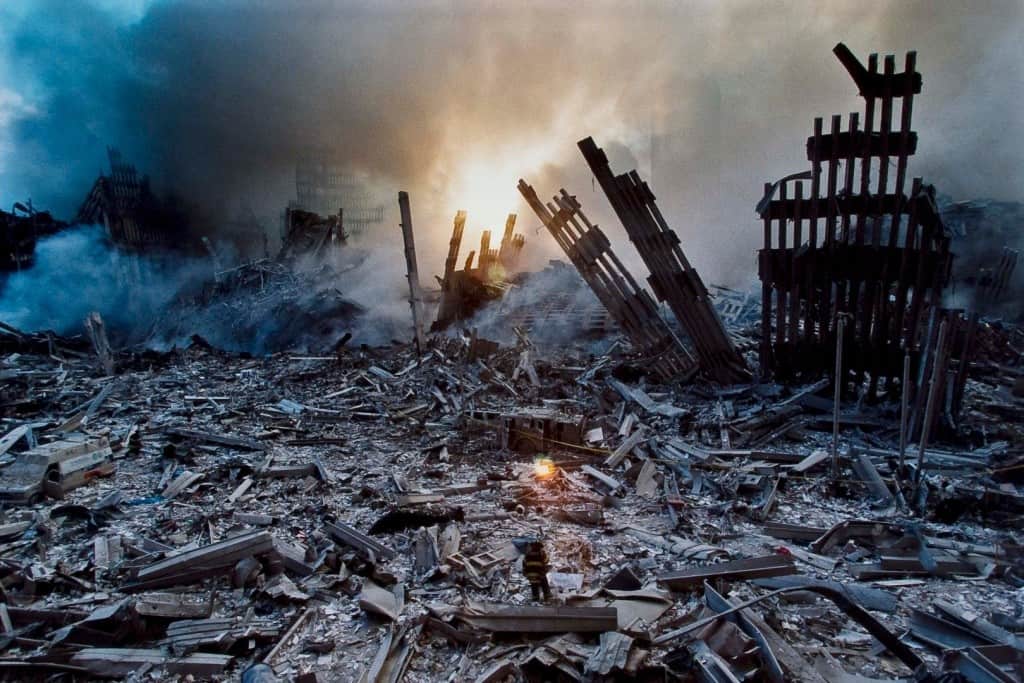 As with the 7/7 bombings, there are many rumors circulating the internet which claim that all of the events surrounding 9/11 were faked by the American government. Despite the extensive documentary footage from the day, many believe that it was merely faked, attributing the images of the plane to drone illusions and smoke.

There Is Life On Mars 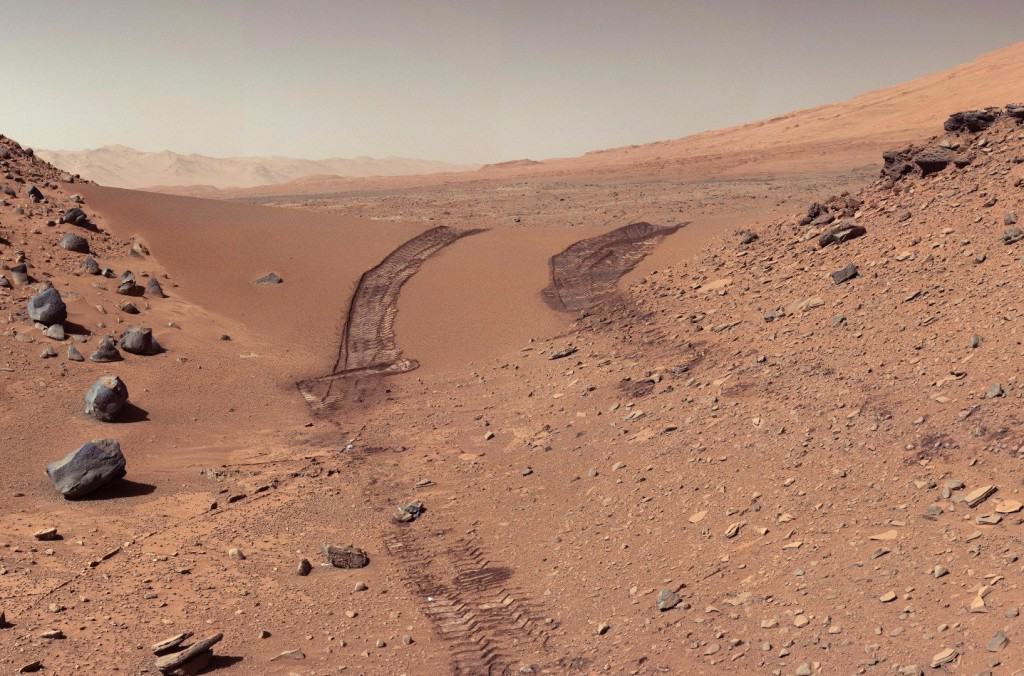 Photos were released from NASA’s rover which seemed to reveal the outline of a man’s figure, operating machinery. Other images have been released which seem to show rats, or martian men. The conspiracies are endless. One thing’s for sure, though: If we manage to get to Mars anytime soon, we might be in line to find out, once and for all.

Governments Use TV To Spy On Us 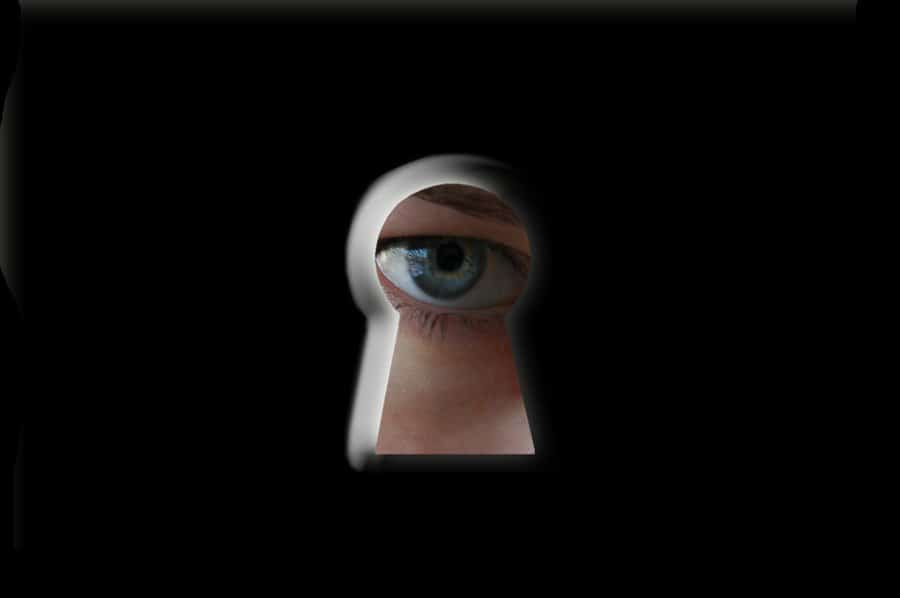 More than ever, we live in surveillance states. With the number of security cameras in public places increasing by the day, people have started to believe that governments may be turning their attention to inside of our homes. Webcams on computers and smart TVs have come under recent scrutiny, with people believing them to be spyholes into our homes. Whilst we hope it’s not true, you might considering covering your camera, just in case. 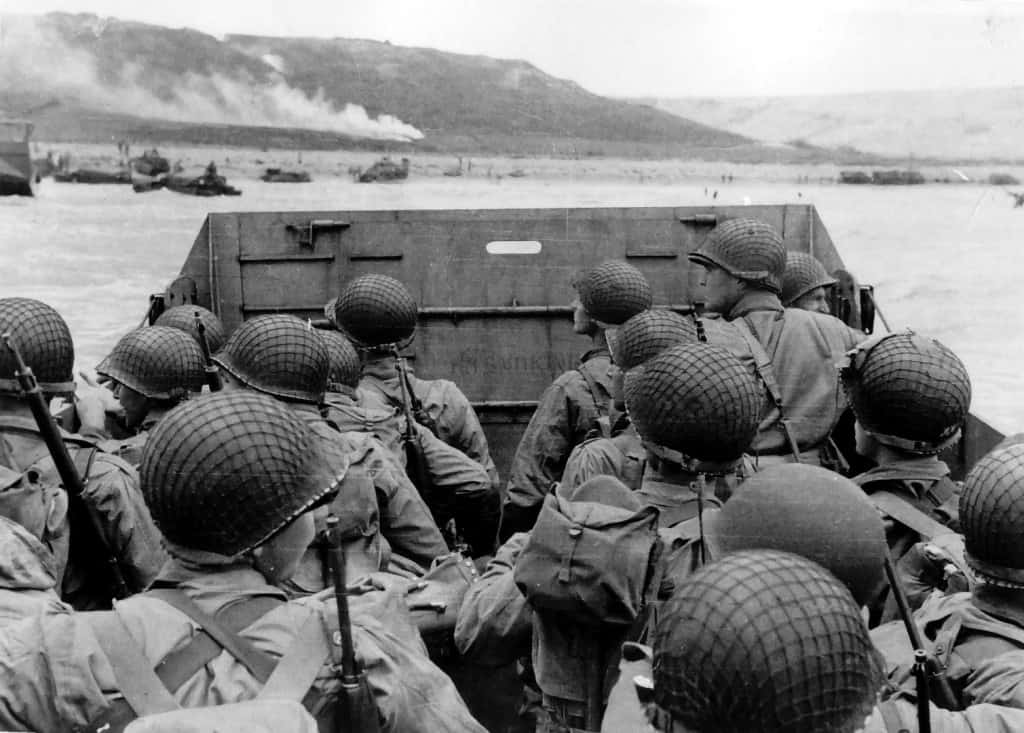 This might just be the craziest rumor of them all. Despite the global casualties, the losses of industry, commerce and international relations, there are a group of people who are convinced that WWII did not, in fact, happen. Tying in with the Illuminati, there is a group who believe the society was responsible for staging the war, to scare the rest of us into submission. 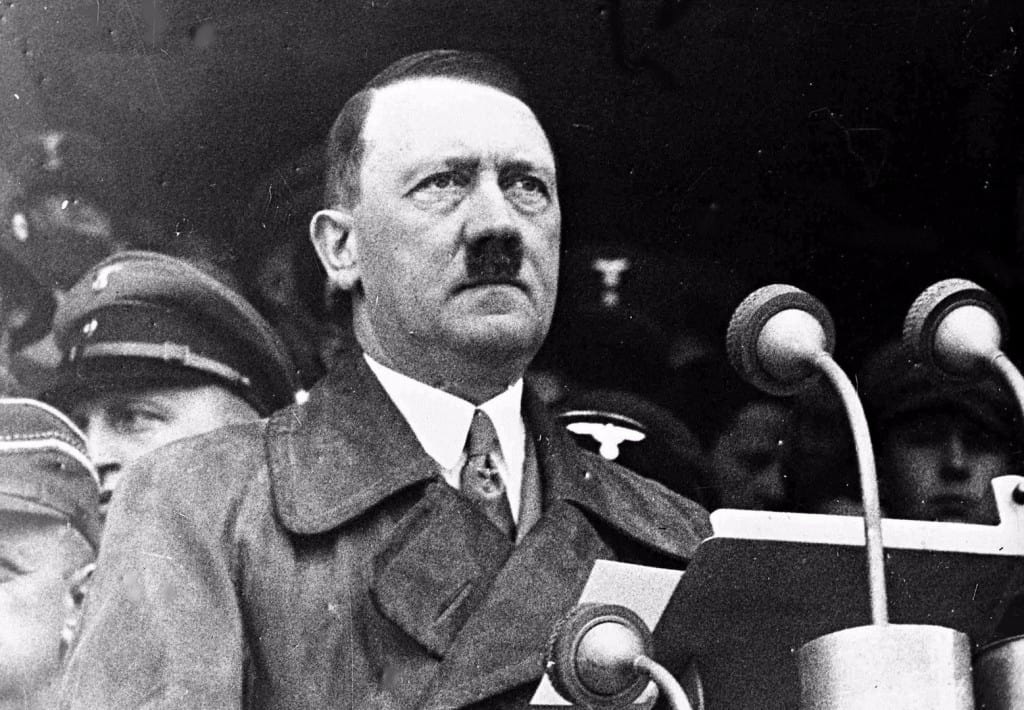 There’s most recently been a book released on the concept but in real life, some people actually exist that Hitler never died in the bunker and instead, escaped to South America in order to make a life for himself. Whilst the claims can never be backed up with solid proof, it’s scary to think about.

The Bermuda Triangle Is Responsible For Strange Disappearances 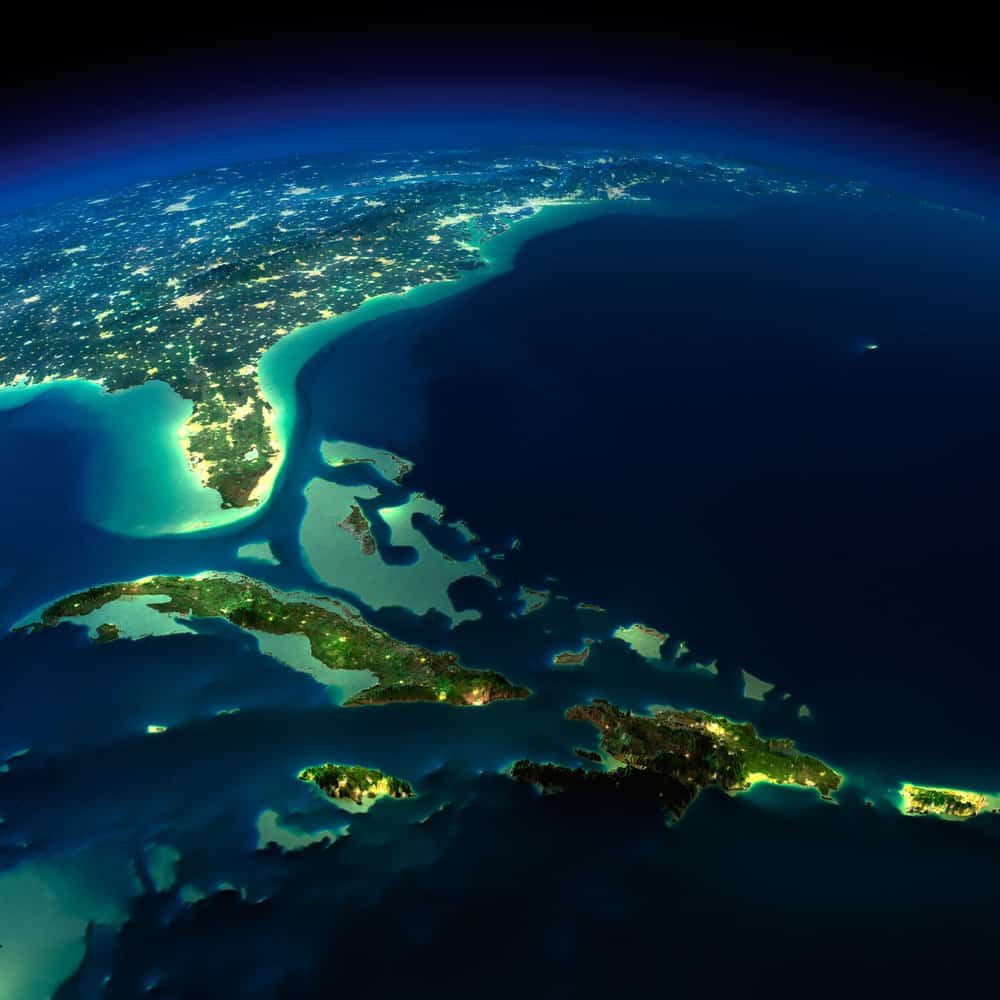 There are no end to the conspiracies surrounding the Bermuda Triangle, the triangle-shaped stretch of Ocean between Bermuda, Miami and Puerto Rico. Many people believe that the area is an underwater testing facility for the US, or home to a strange time warp. The amount of unexplained disappearances around the area seem to point to something fishy but the question is, which conspiracy is the truth?

The Cold War Was Staged 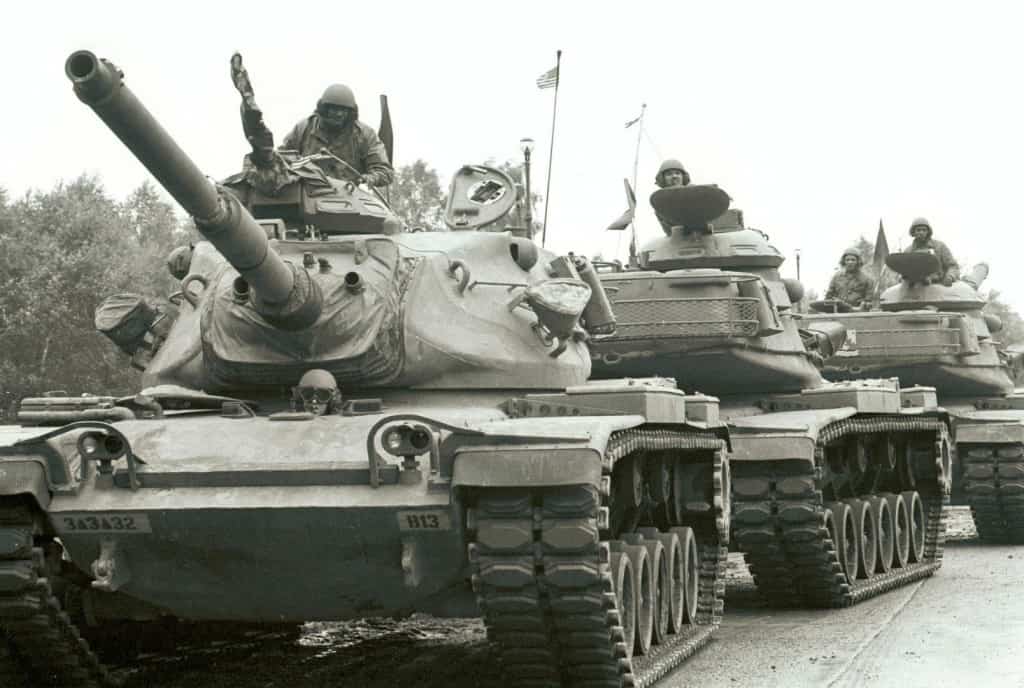 Some people believe that not only was the entire Cold War faked but also, that Communism was a construct of America. Theorists believe that the reasoning behind the war was so that the Vatican could overtake country after country and install dictators as the head of state. Whilst it’s impossible to disprove, it certainly didn’t work out for the Vatican.

Nazis Were Backed By The Vatican 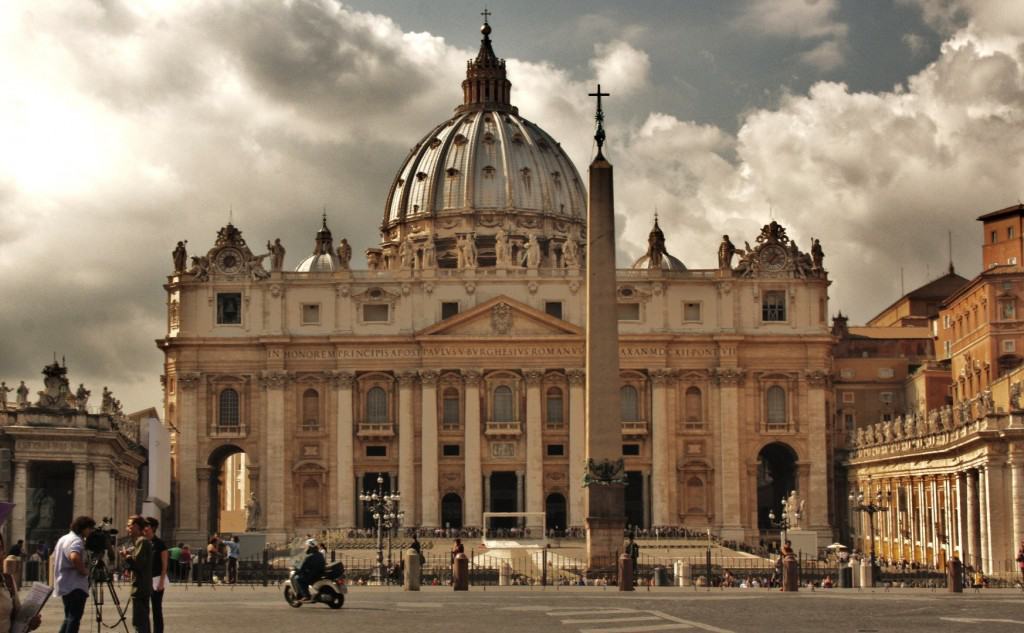 Despite claims that the Nazis were the antithesis of the Vatican, there are many people who believe that the religious figures helped to backup and support the Germans during the Second World War. Whilst claims might seem a little silly, there have been reports of the Vatican creating false identities for Nazis in order to help them escape. The jury’s out on this one.