With so many incredibly beautiful female celebrities around the world, it is a very difficult task to seek out the best of the best. However, each and every one of them deserve to be known for both their beauty and their outstanding talent. The twenty women within this list are just a handful of them. These women are stunning, gawk-worthy beauties that everyone else is justified in envying. They have worked very hard to earn the success that they now enjoy, and certainly have earned a spot on your list of faces to look for in upcoming films and shows. 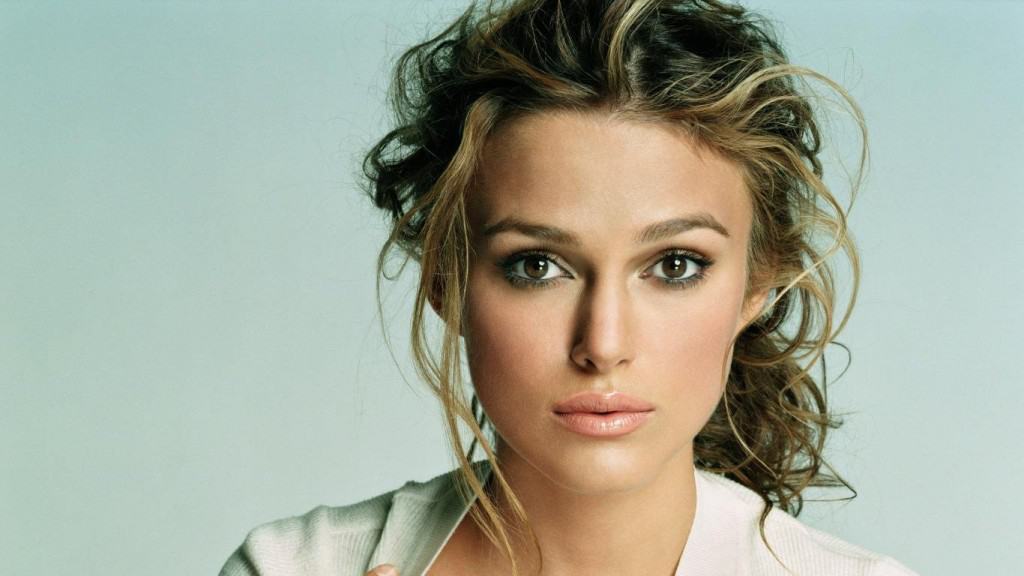 Keira is an English actress from Teddington, London, UK. Though she began acting on television as a child, she became a star on the big screen and achieved worldwide fame playing Elizabeth Swann in the Pirates of the Carribean movies. 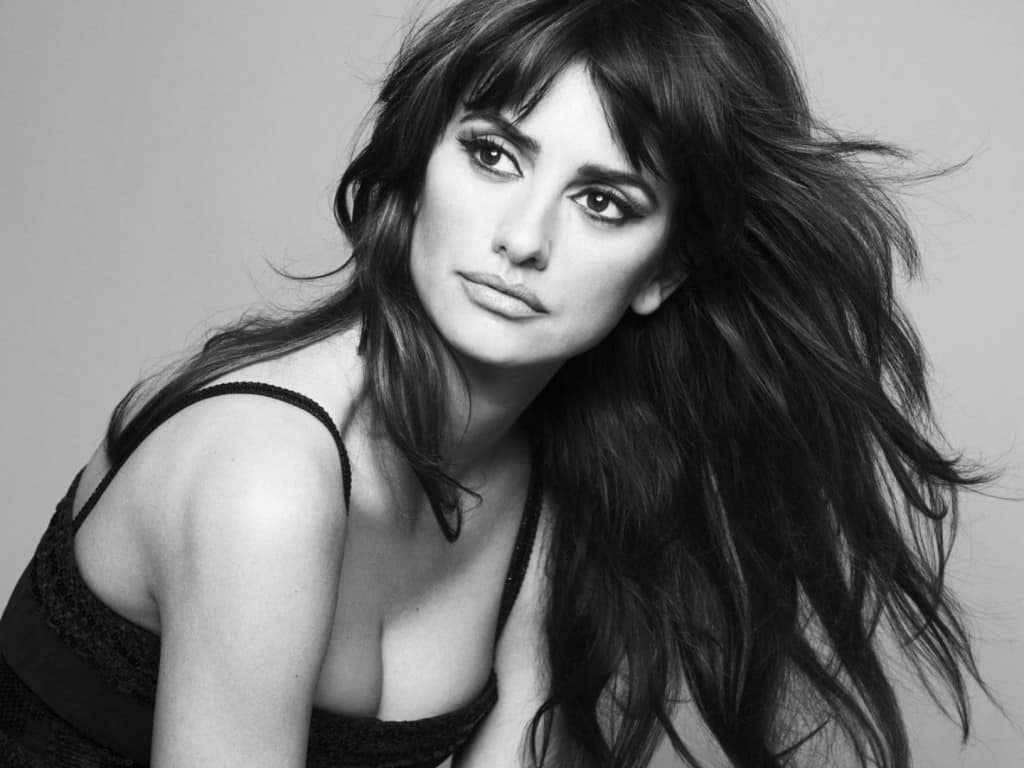 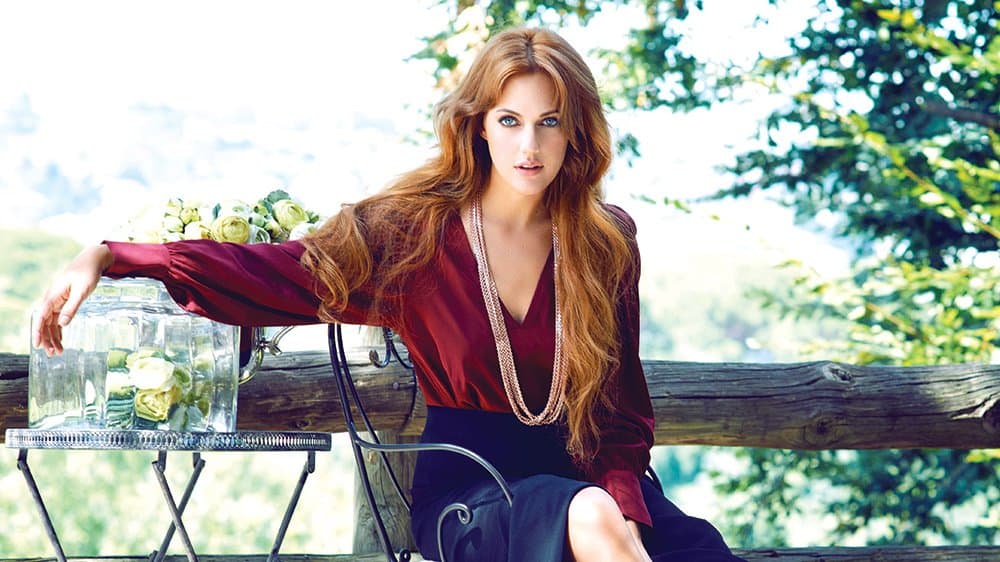 Meryem, a Turkish-German actress and model, reached fame by performing in a Turkish television show, followed by various German films. Though her native language is German, this red-headed beauty also speaks fluent English, and has been awarded many significant titles for her talent. 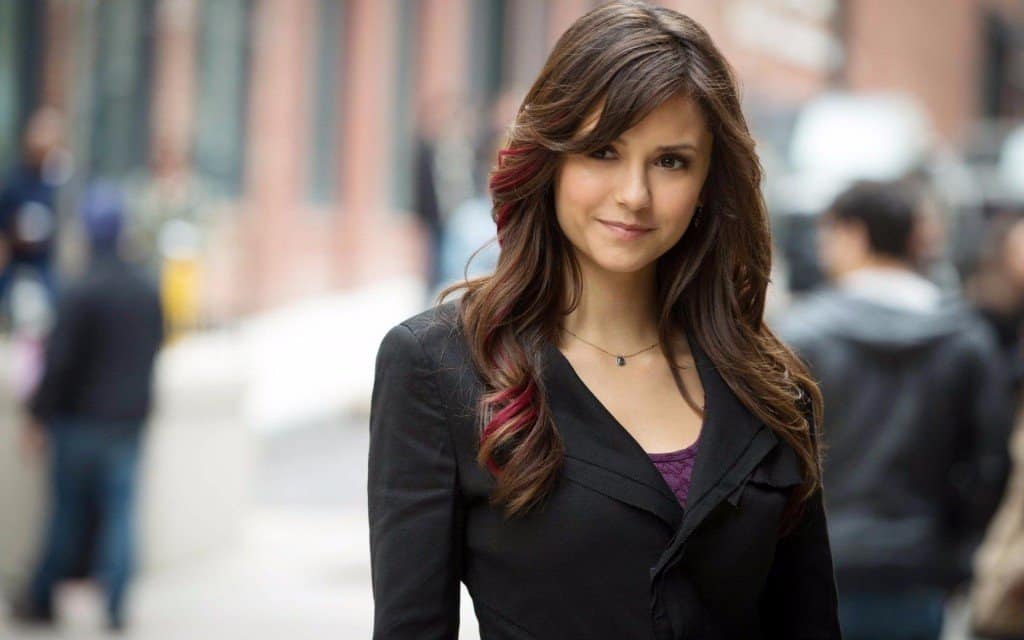 Nina Dobrev, a Bulgarian actress, was born under a much longer name: Nikolina Konstantinova Dobreva. This young woman has become well known through her acting in several American television shows, including her role as Mia Jones in Degrassi: The Next Generation and her starring role as Elena Gilbert in The Vampire Diaries. 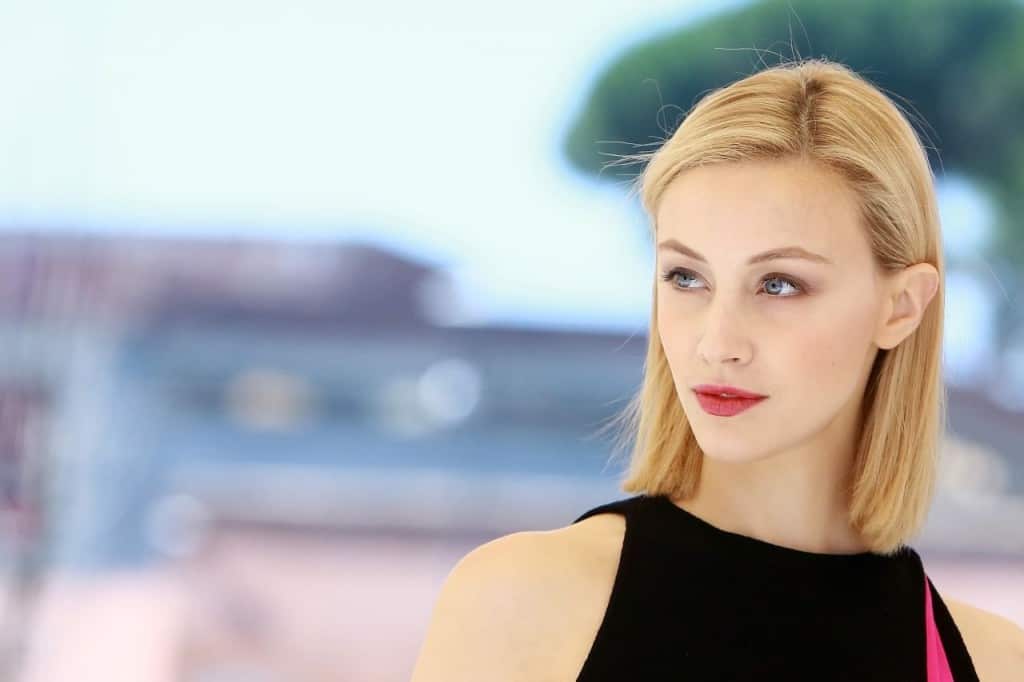 This blond-haired blue-eyed beauty is a Canadian actress on the rise for her acting in various films. She recently starred alongside Luke Evans in Dracula Untold, and is due to appear in several films throughout 2015. 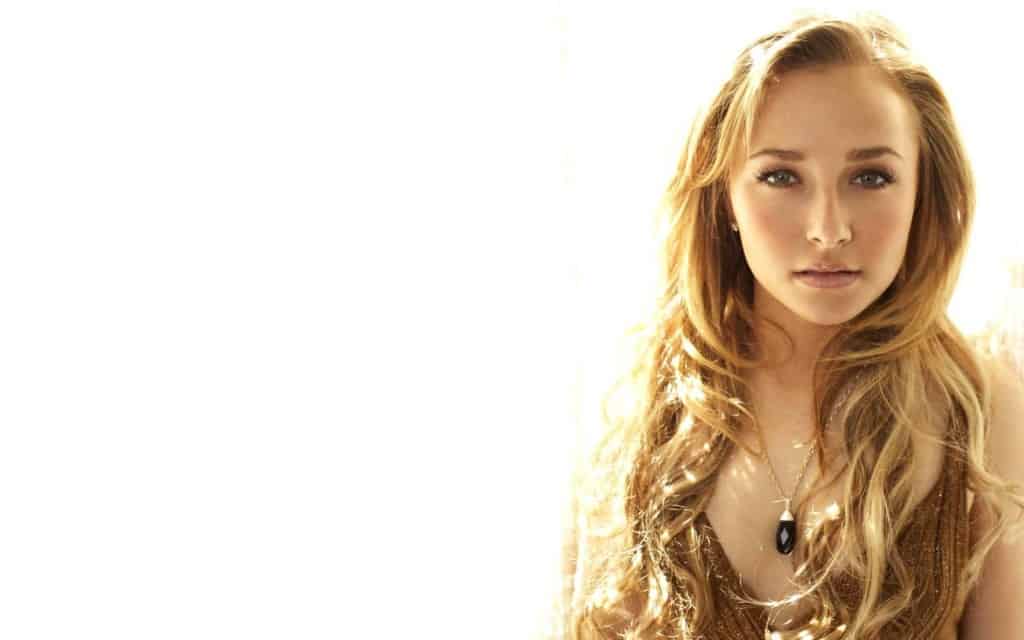 The stunning Miss Panettiere holds many different titles, as an American actress, model, singer, and activist. The New York native began her career at the very early age of eleven months, in a television commercial, but has since gone on to win 2 Golden Globes. 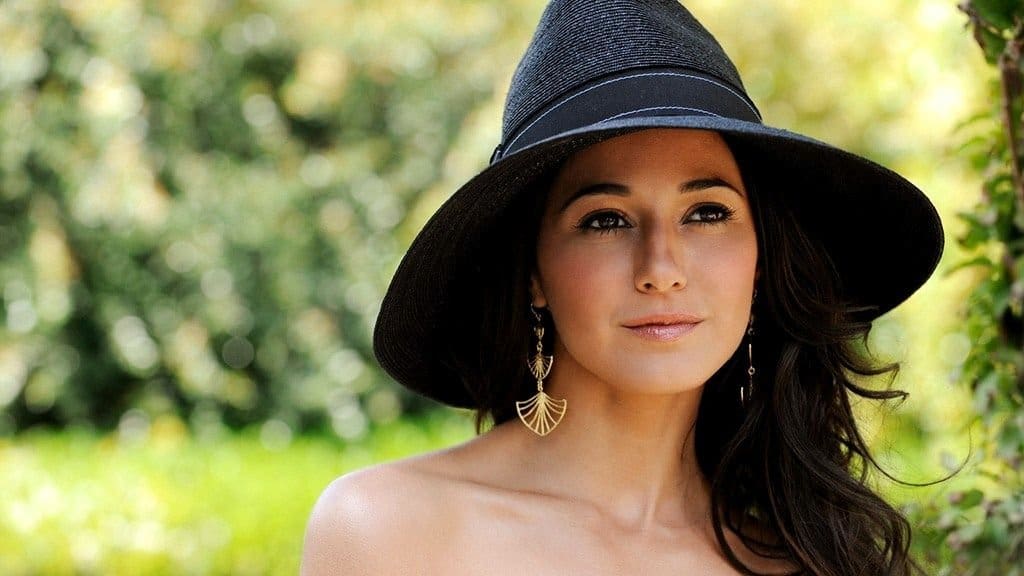 This Canadian actress has shown her beautiful face on various films and television shows. Her now very successful career had humble beginnings, as she debuted as a ten year old in a McDonald’s commercial. She has since held dozens of prominent roles on screen, and topped the AskMen’s 2010 Most Desirable Women list. 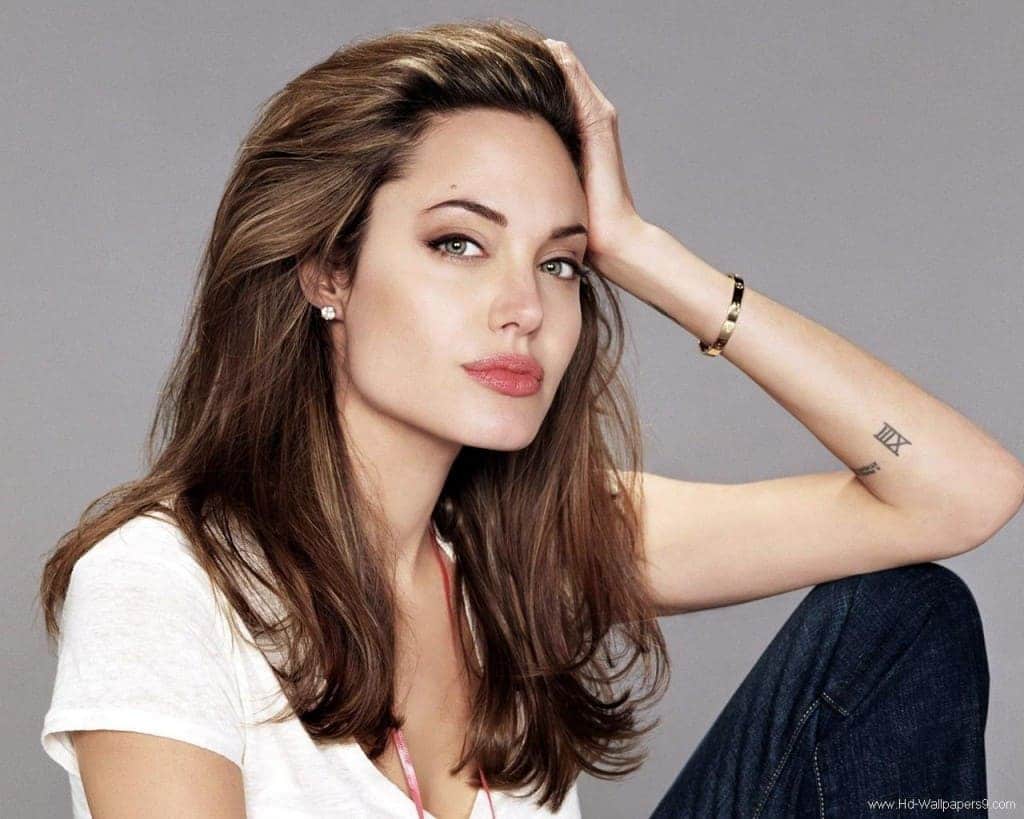 The very well-known Angelina Jolie, now full name Angelina Jolie Pitt since her marriage to actor Brad Pitt, is an American actress, filmmaker, and humanitarian. She first established herself as a leading Hollywood actress in her role as Lara Croft in Lara Croft: Tomb Raider, but more recently achieved her largest commercial success as the star of Disney’s Maleficent. 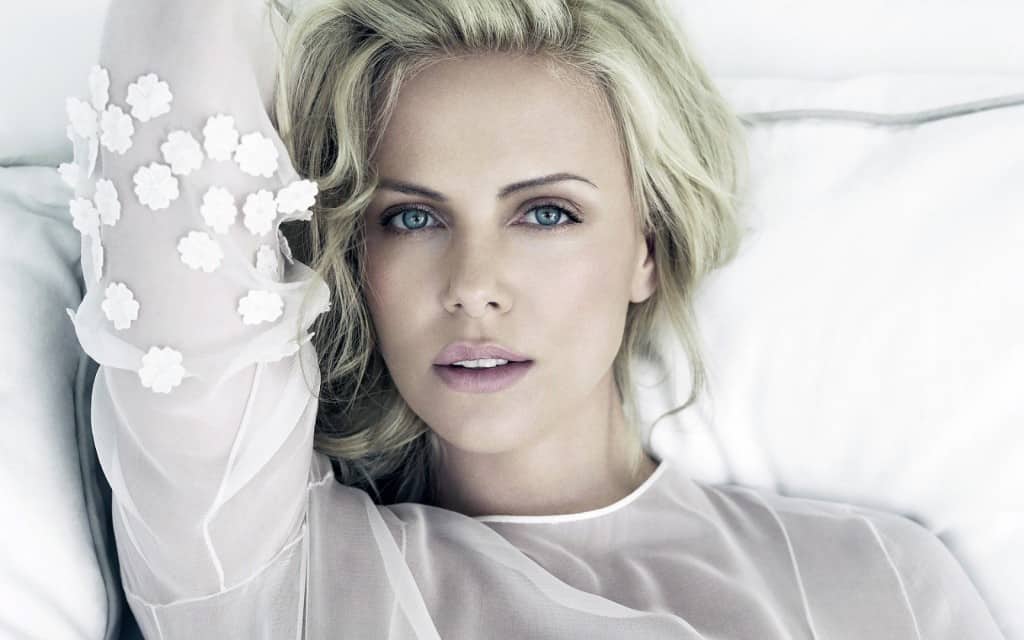 Charlize is a South African-American actress, producer, and model, and holds both a South African and American citizenship. You may have recently seen her starring alongside Tom Hardy in the post-apocalyptic film Mad Max: Fury Road, which some have since deemed the greatest action film ever made. 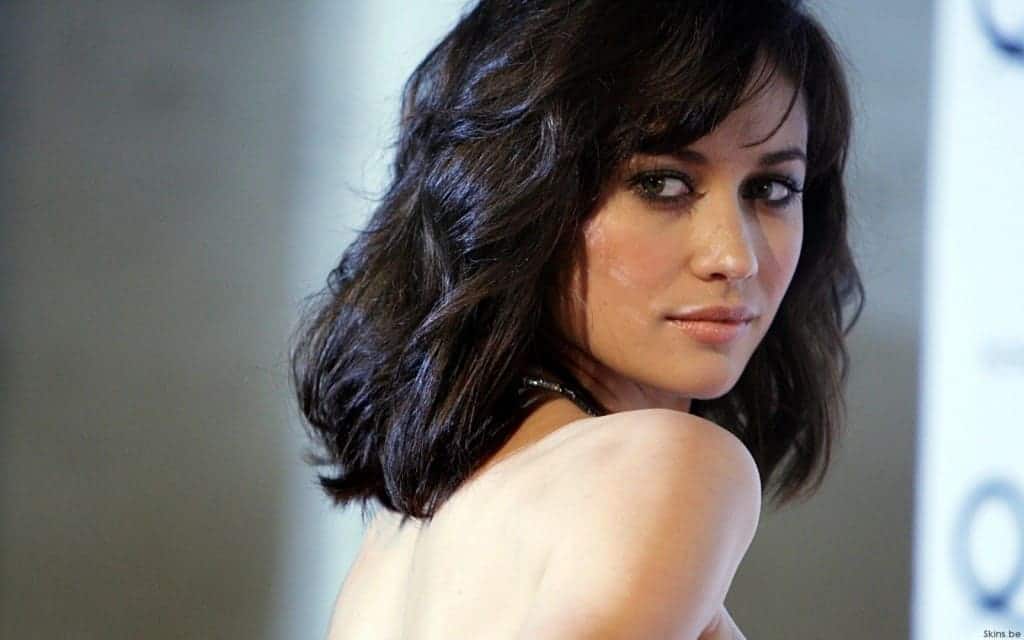 Full name Olga Kostantinivana Kurylenko, the French actress and model was discovered at the young age of 13. Though born in the Ukraine, she has since achieved international recognition through her modeling, as well as big-screen appearances in films such as Oblivion and The Water Diviner. 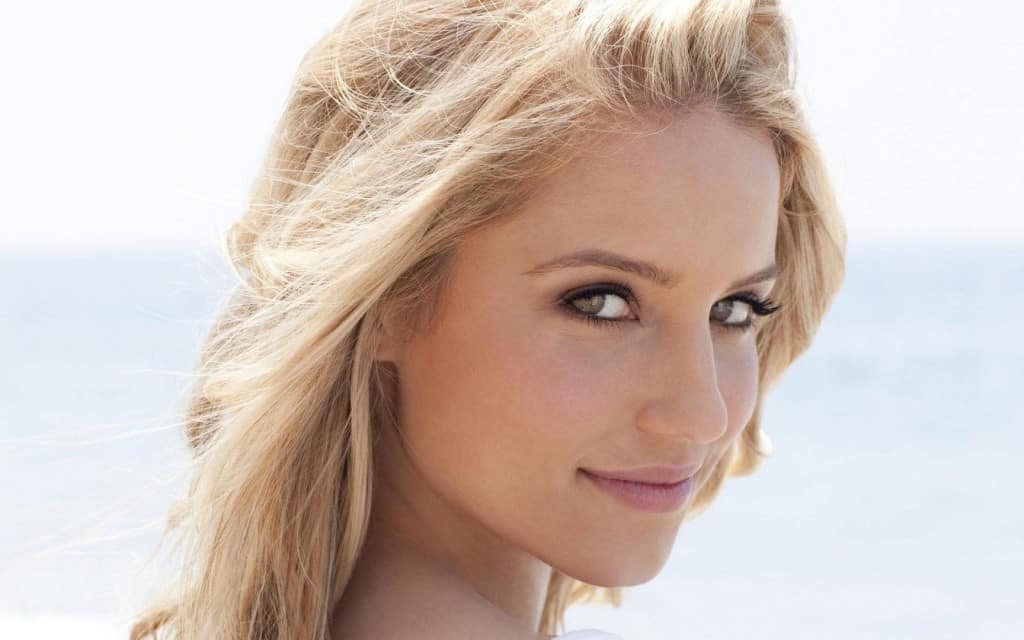 The multi-talented and stunning Dianna Elise Agron is an American actress, singer, dancer, and director; she has also directed a music video and is producing, writing, and directing her own short film. Her most notable role was that of Quinn Fabray in the musical comedy-drama which showed on Fox, Glee. 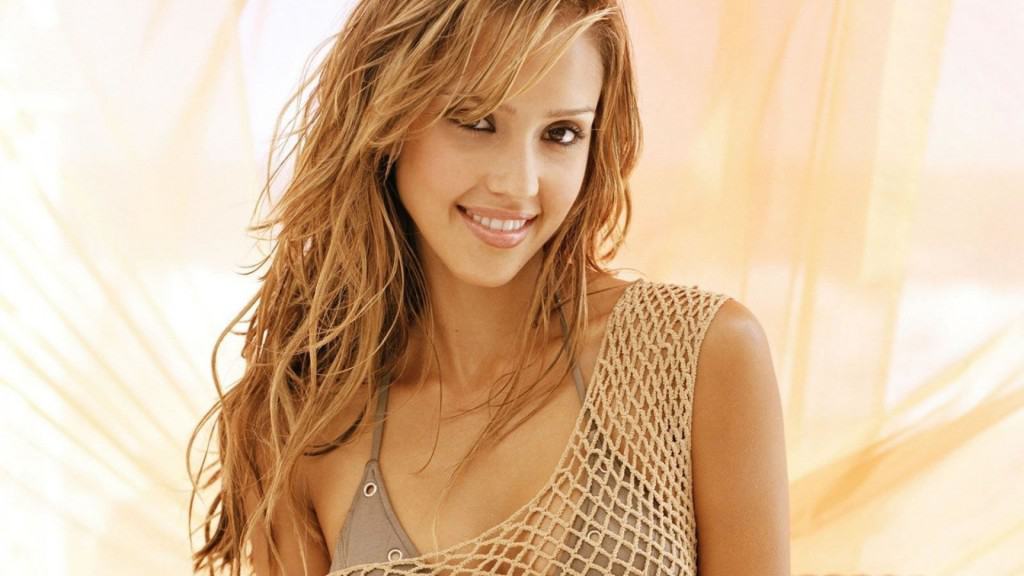 Though she is also a successful model and businesswoman, Alba, 34, has been awarded various titles for her outstanding acting. These awards included a Teen Choice Award, Saturn Award, and a Golden Globe nomination. She is also the co-founder of The Honest Company, which sells non-toxic household products. 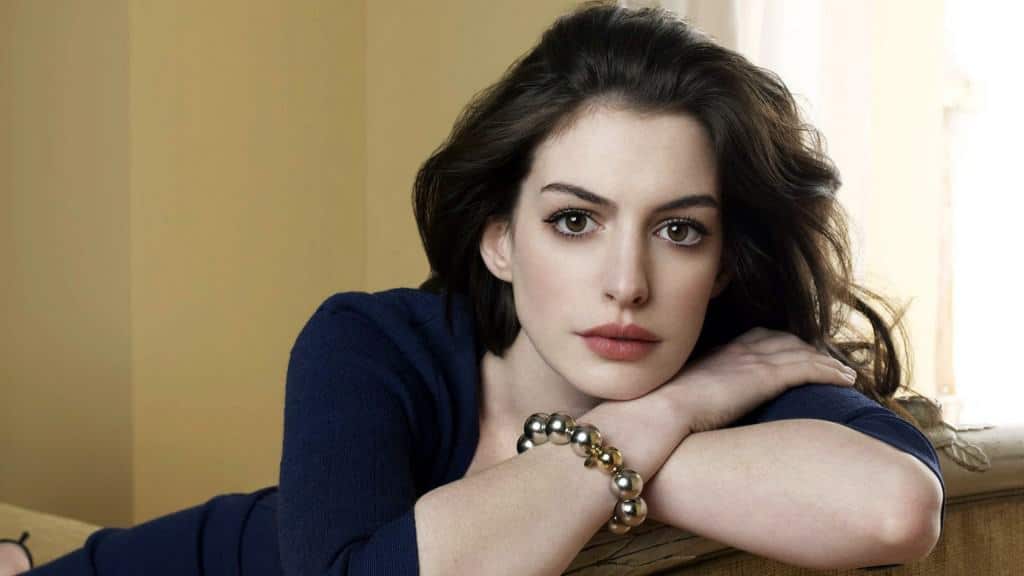 This dark-eyed stunner came to fame as Mia Thermopolis in the beloved Disney films, The Princess Diaries and its sequel. More recently, she has been seen in huge films such as The Dark Night Rises, Les Miserábles, and Interstellar. 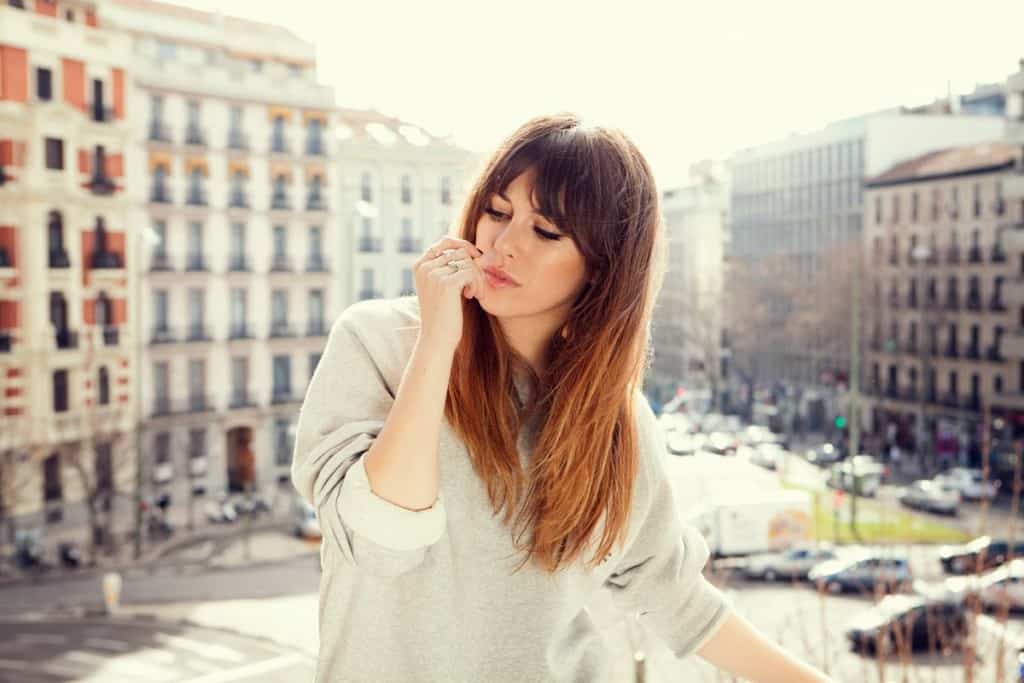 Blanca Suárez is a Spanish actress best known for her acting in the television series The Boarding School and The Boat. Her performance in The Skin I Live In earned her a Goya Award for Best New Actress. As she began her career in 2007, Blanca has done very well for herself considering her recent start. 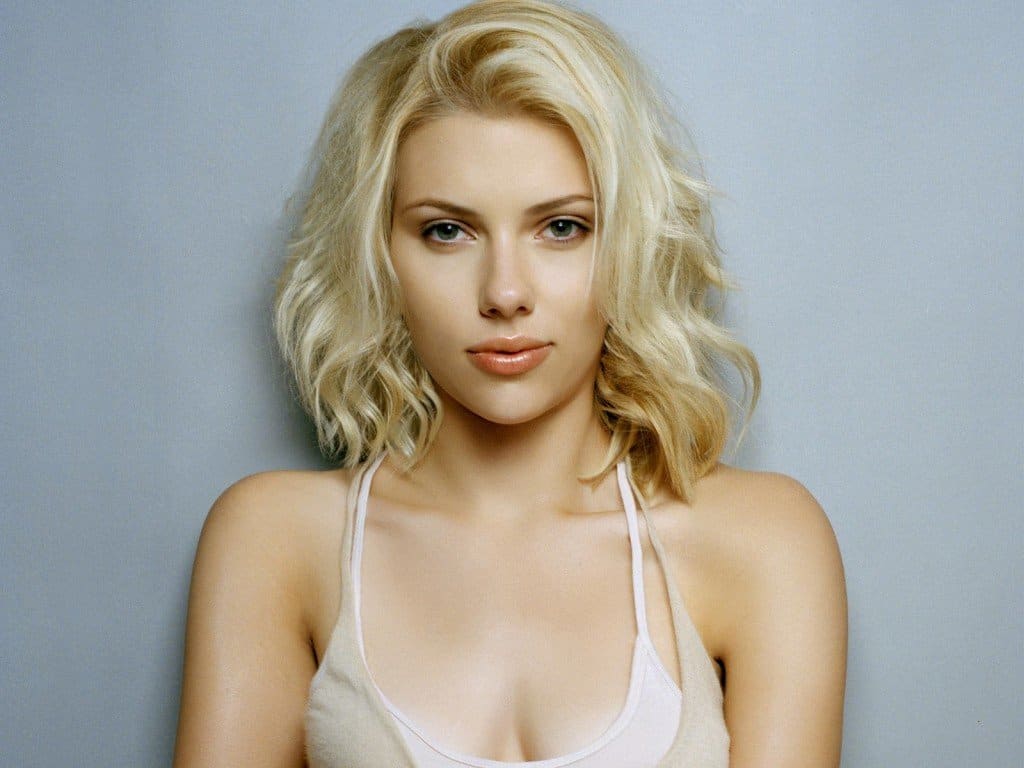 The gorgeous Scarlett Johansson, born 1984, is an American actress, model, and singer. In addition to releasing two albums as a musician, she also has a wide array of acting awards to boast of. Though many of her roles have been significant, she recently has become renowned for her portrayal of the red-headed Natasha Romanoff, also known as the Black Widow, in various Marvel films. 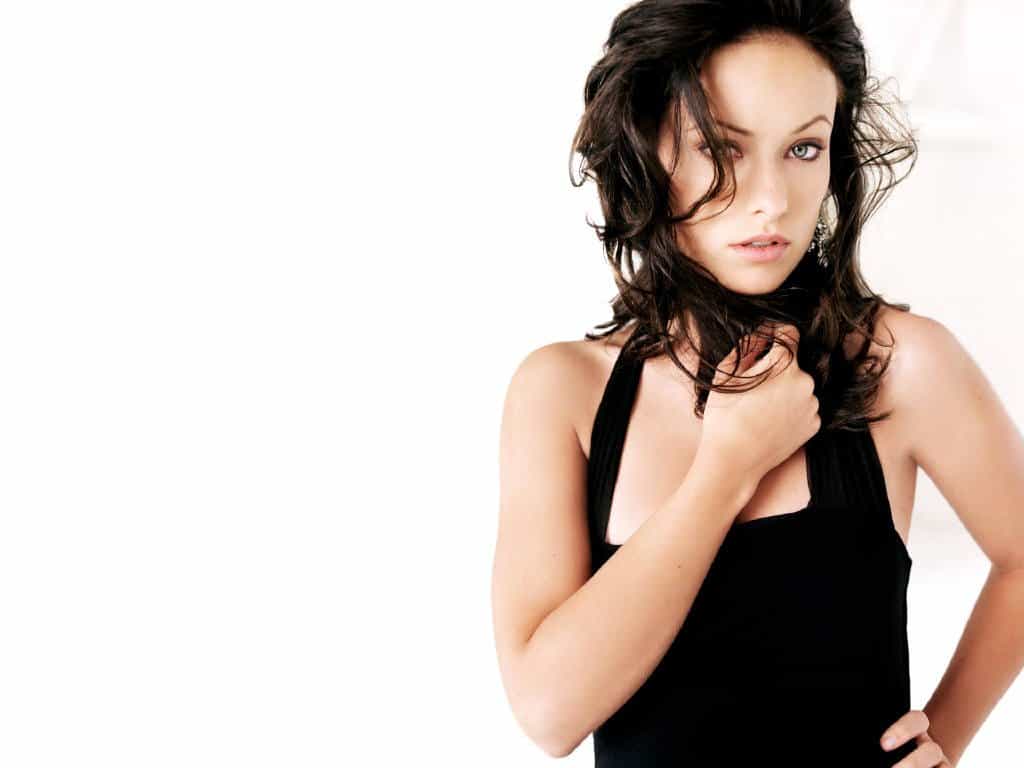 Olivia Jane Cockburn, professionally known as Olivia Wilde, is an American actress, producer, and model. She was born in New York City to two journalists. A natural beauty, Olivia has played prominent roles in various films throughout recent years, including Tron: Legacy, In Time, Cowboys & Aliens, Drinking Buddies, and The Lazarus Effect. 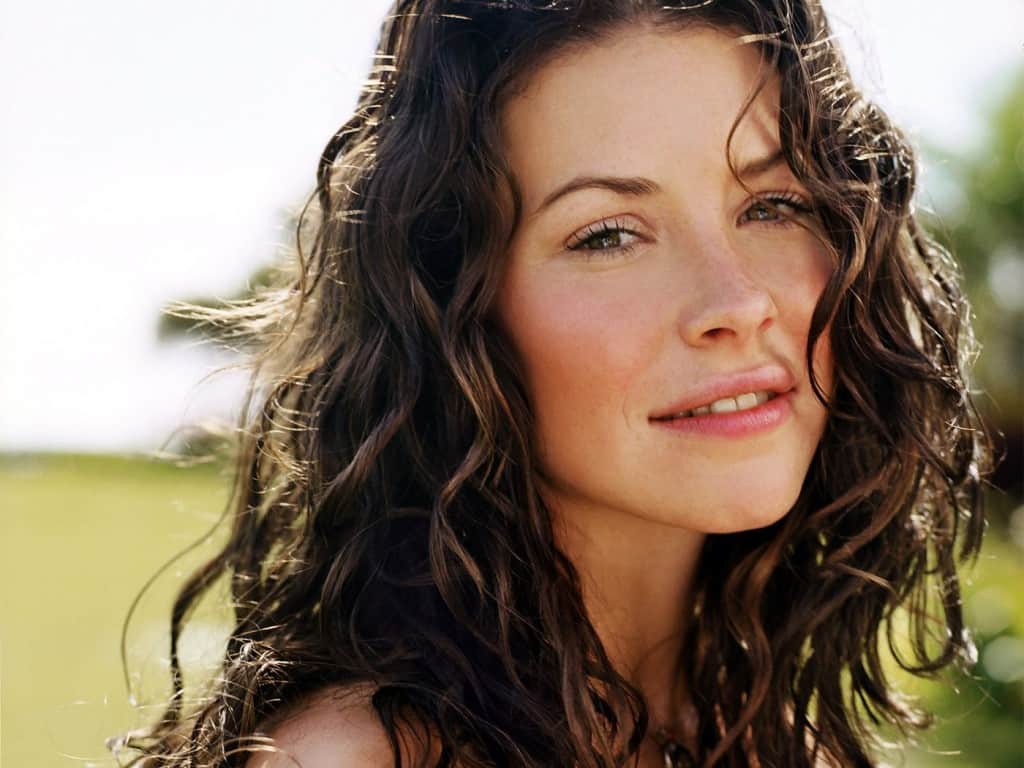 This beautiful Canadian actress’s first well-known role was that of Kate Austen from ABC’s Lost. For this television role, she earned a Screen Actors Guild Award and a Golden Globe nomination. Recently she appeared in several successful films, and you may recognize her as elf Tauriel from The Hobbit and Hope van Dyne in Marvel’s Ant Man. 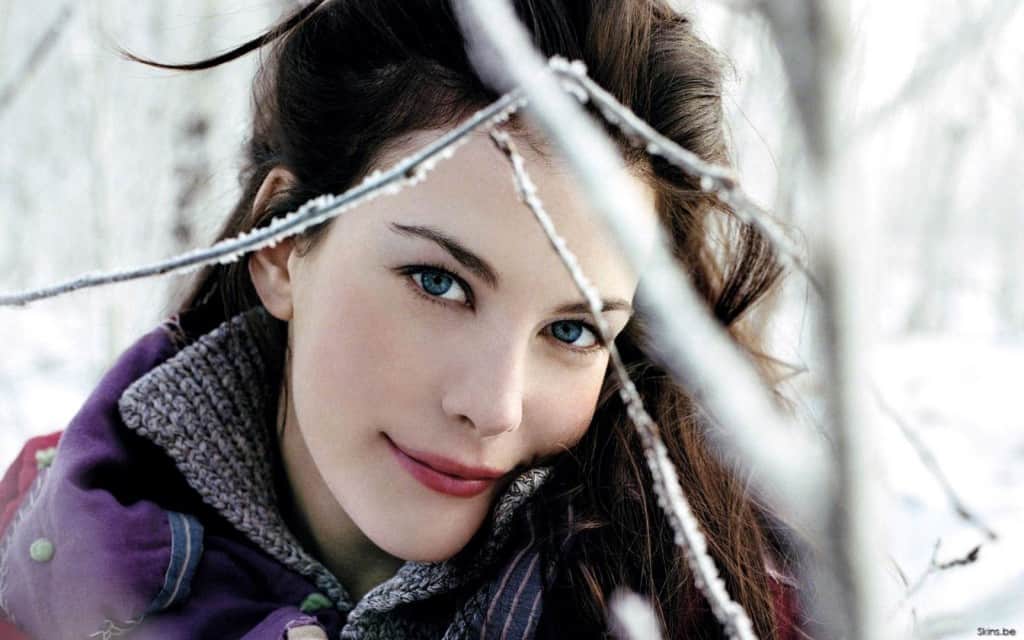 Many will recognize this blue-eyed beauty, who is the daughter of American musician Steven Tyler, as Arwen Undómiel from the Lord of the Rings film trilogy. She has also done modeling, and since her role as Arwen, has acted in a wide range of films. 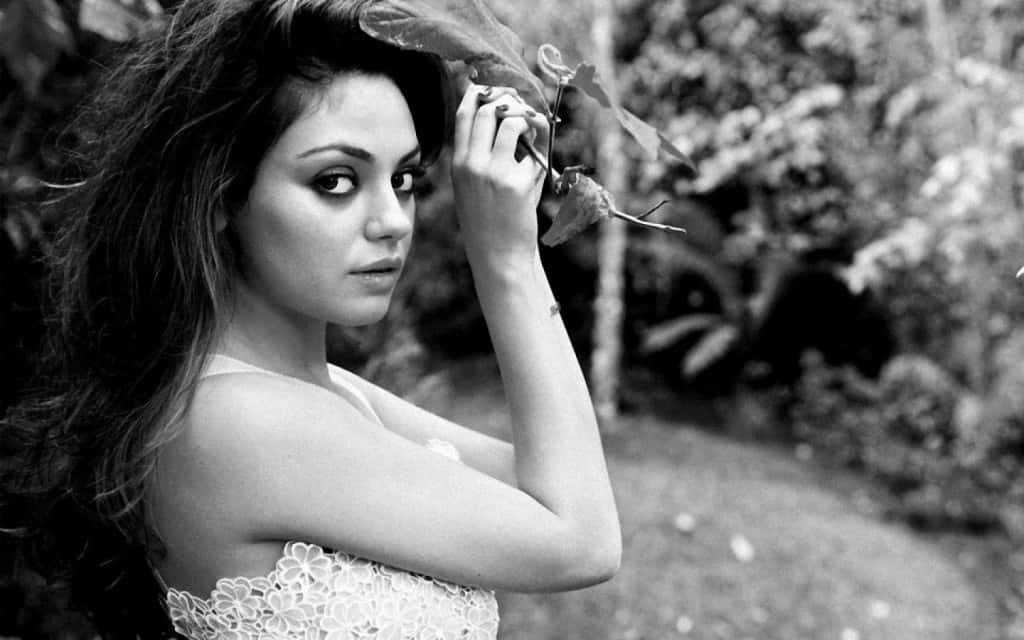 Milena Markovna Kunis, better known as Mila Kunis to the general public, is an American actress originally from the Ukraine. After her family moved to Los Angeles, she worked hard to achieve an acting career, and took acting classes after school. It didn’t take long for her to land an agent, and then her first major role as Jackie Burkhart in That ’70s Show as a 15 year old. She has since broken into film, and starred in various movies. 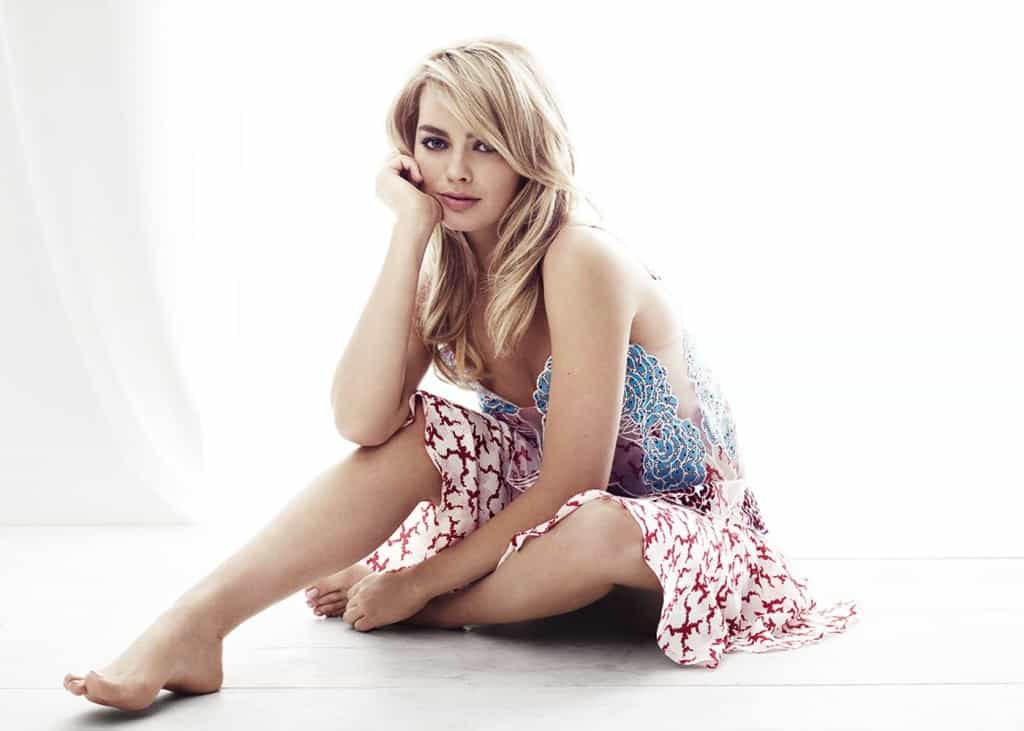 Margot Robbie is an Australian actress who began her now very successful career by working in Australian independent films. 2016 is bound to be a great year for the blonde actress, as she will play major roles in two highly anticipated films: that of Harleen Quinzel in DC’s Suicide Squad, and Jane Porter in a live action version of Tarzan.