What do Jimi Hendrix, Kurt Cobain and Amy Winehouse have in common? They were all celebrated, genre-defining musicians, and they all kicked the bucket early at age 27. But as Mr. Cobain sang in 1993’s Rape Me, they’re not the only ones. In fact, so many musicians have died at this age that fans and critics refer to it as joining “The 27 Club”. What killed them? Drugs, car accidents, depression, Mexican drug cartels — you name it. The rock n’ roll lifestyle is a notoriously risky one, but if you can just make it to age 28, you may be in the clear. 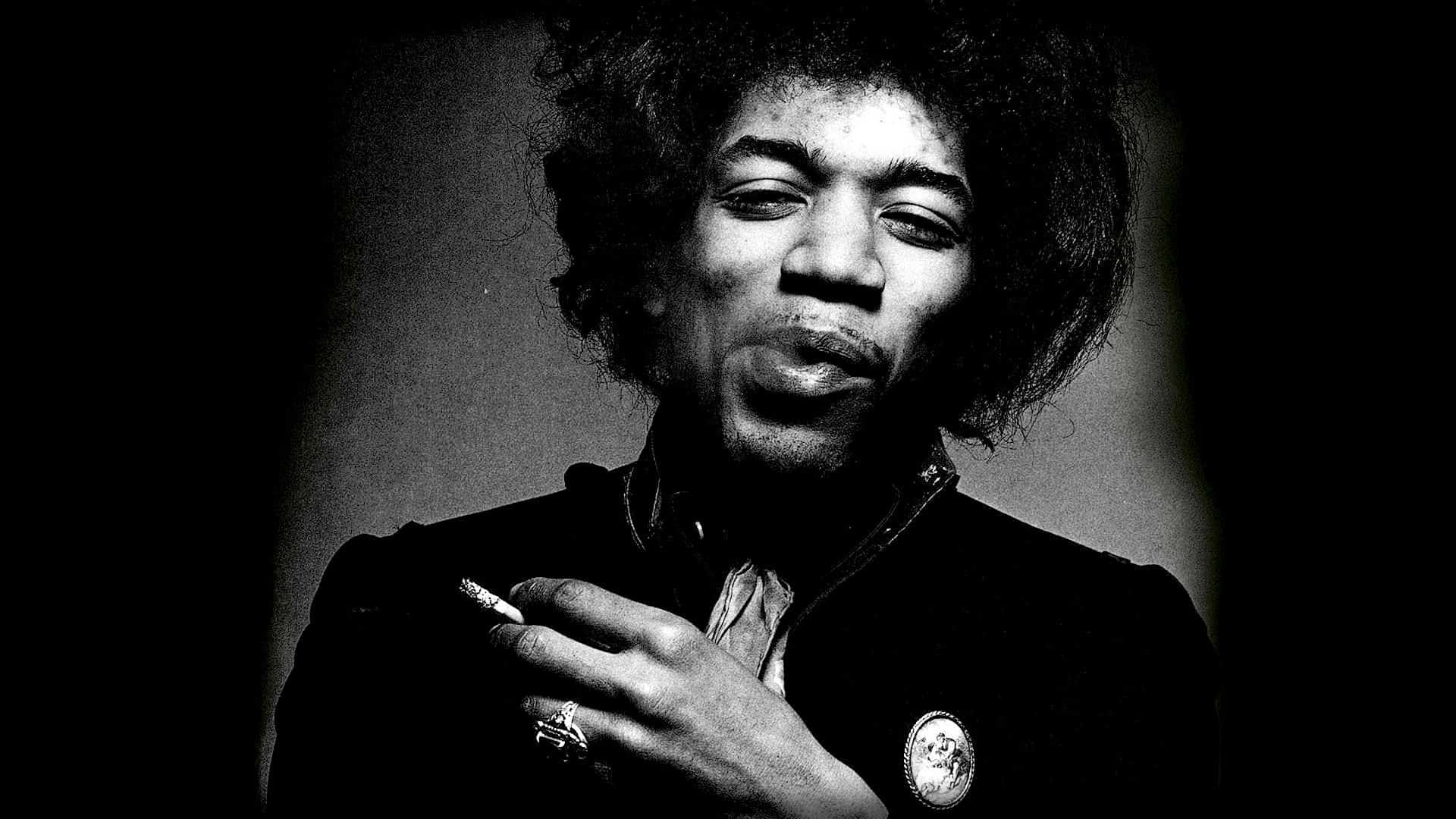 The pioneering guitar virtuoso was found unresponsive in his girlfriend’s apartment and rushed to a nearby hospital, where he was pronounced dead. The coroner determined Hendrix asphyxiated on his own vomit (a fate later suffered by Led Zeppelin drummer John “Bonzo” Bonham) after overdosing on barbiturates. He was 27 years old at the time of his death. 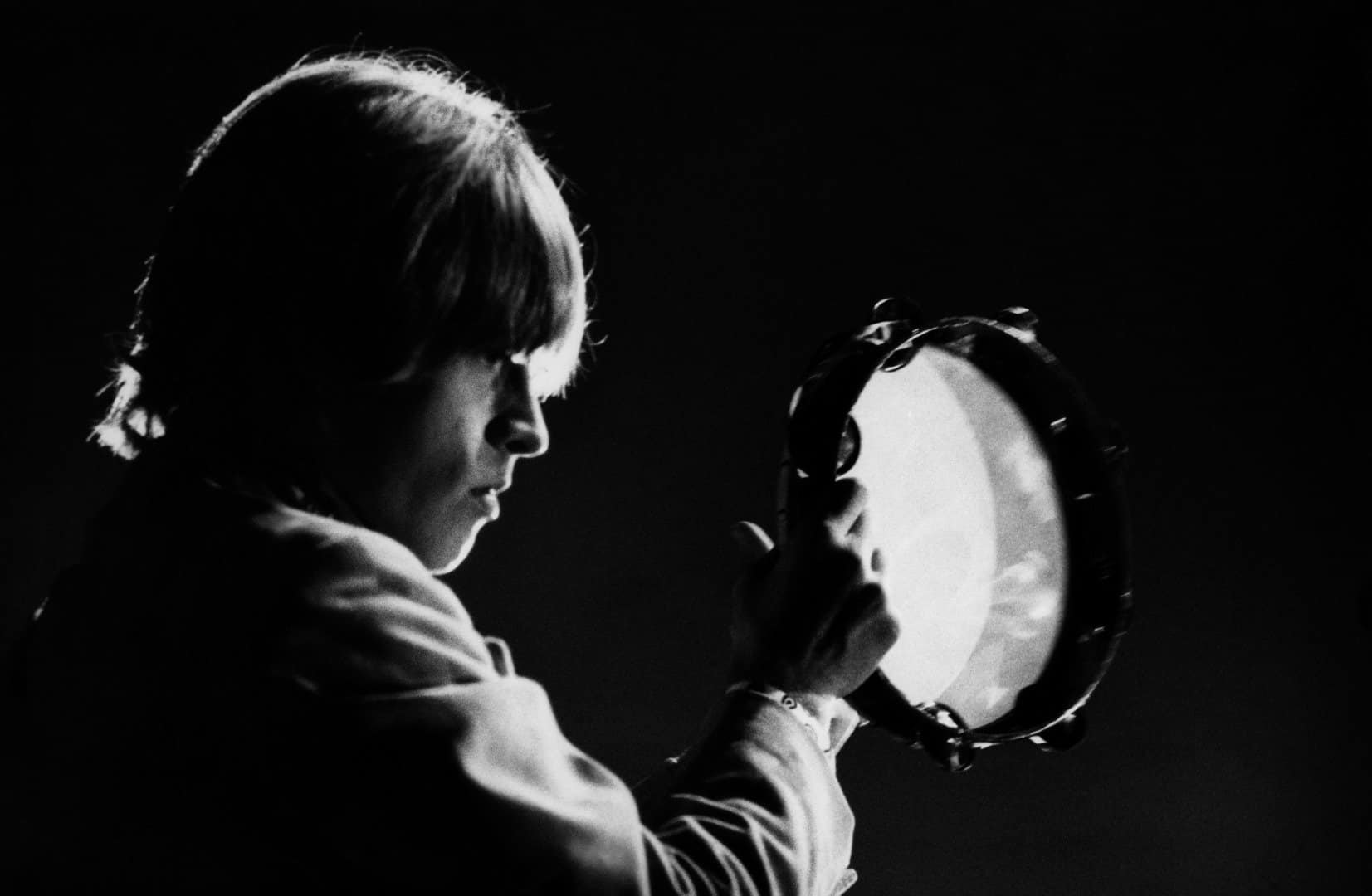 What exactly is “death by misadventure“? That’s what troubled so many people about the death of Rolling Stones founder Brian Jones. He was found dead at the bottom of his swimming pool, and an autopsy revealed years of drug and alcohol abuse had severely enlarged his heart and liver. The coroner’s report called it a “death by misadventure”, meaning death caused by engaging in a dangerous activity. A controversy soon erupted, as many found Jones’ death suspicious and theorized that he was murdered. One investigative journalist, Scott Jones, went so far as to accuse local police of covering up the crime. However, Sussex Police reexamined the case in 2009 and concluded “there is no new evidence to suggest that the coroner’s original verdict of ‘death by misadventure’ was incorrect.” 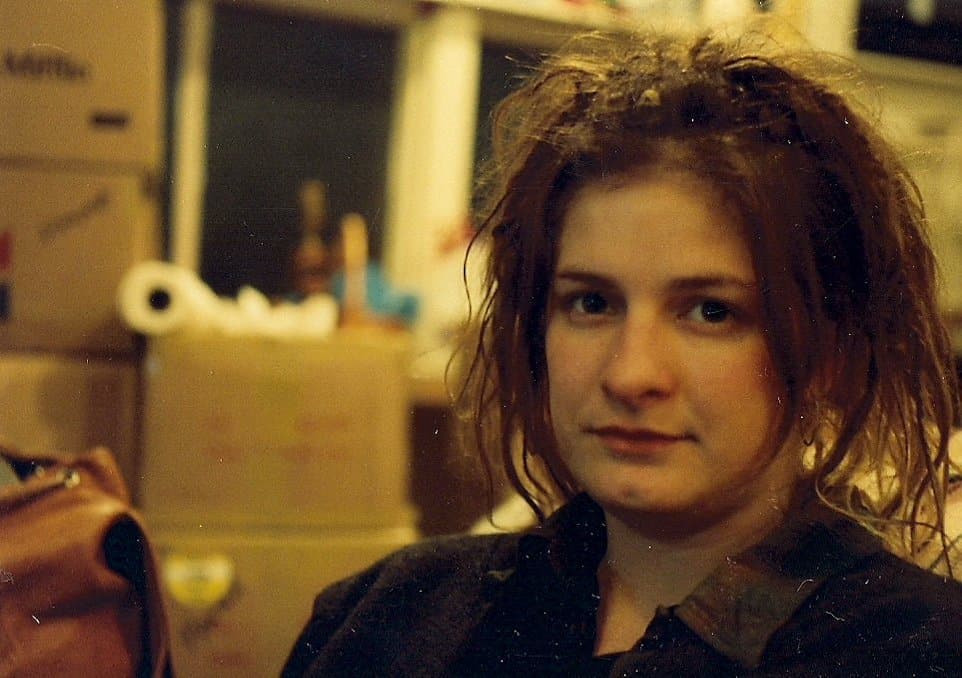 The Gits were an influential punk band active in the Seattle music scene in the early 90’s. Frontwoman Mia Zapata’s poignant lyrics and fiery vocals earned the band a dedicated cult following. Among their fans were members of Seattle’s musical elite: Nirvana, Pearl Jam, and Heart to name a few. On July 7th, 1993, Zapata was walking the streets of Seattle when Jesus Mezquia, a repeat offender with a history of violence against women, beat and sexually assaulted her before strangling her to death. Though it took authorities a decade to do it, they finally identified Mezquia as her killer in 2003. The following year, he was sentenced to 37 years in prison. 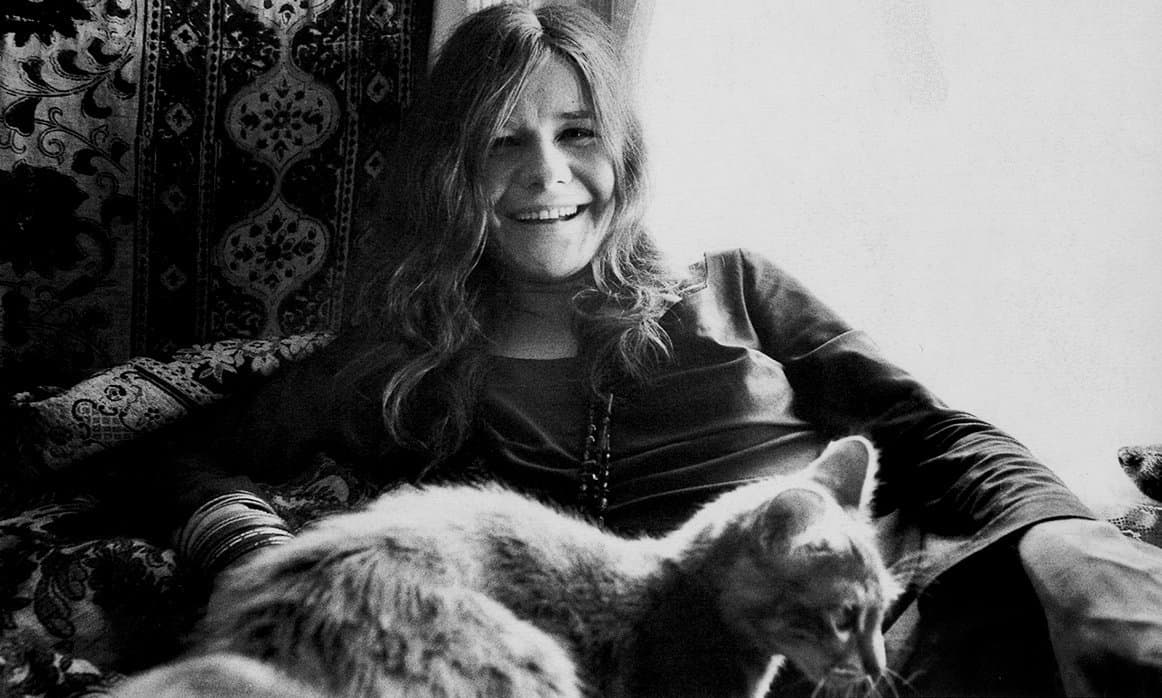 Janis Joplin epitomized the free spirit of the 60’s. But like so many of her contemporaries, the line between harmless fun and dangerous addiction proved too difficult to walk. Just sixteen days after the death of Jimi Hendrix, she overdosed on heroin in a Hollywood hotel room. Her body was discovered by John Cooke, the manager for Joplin’s back-up band. Cooke speculated Joplin’s dealer sold her unusually potent heroin, as several of his clients also died that same week. 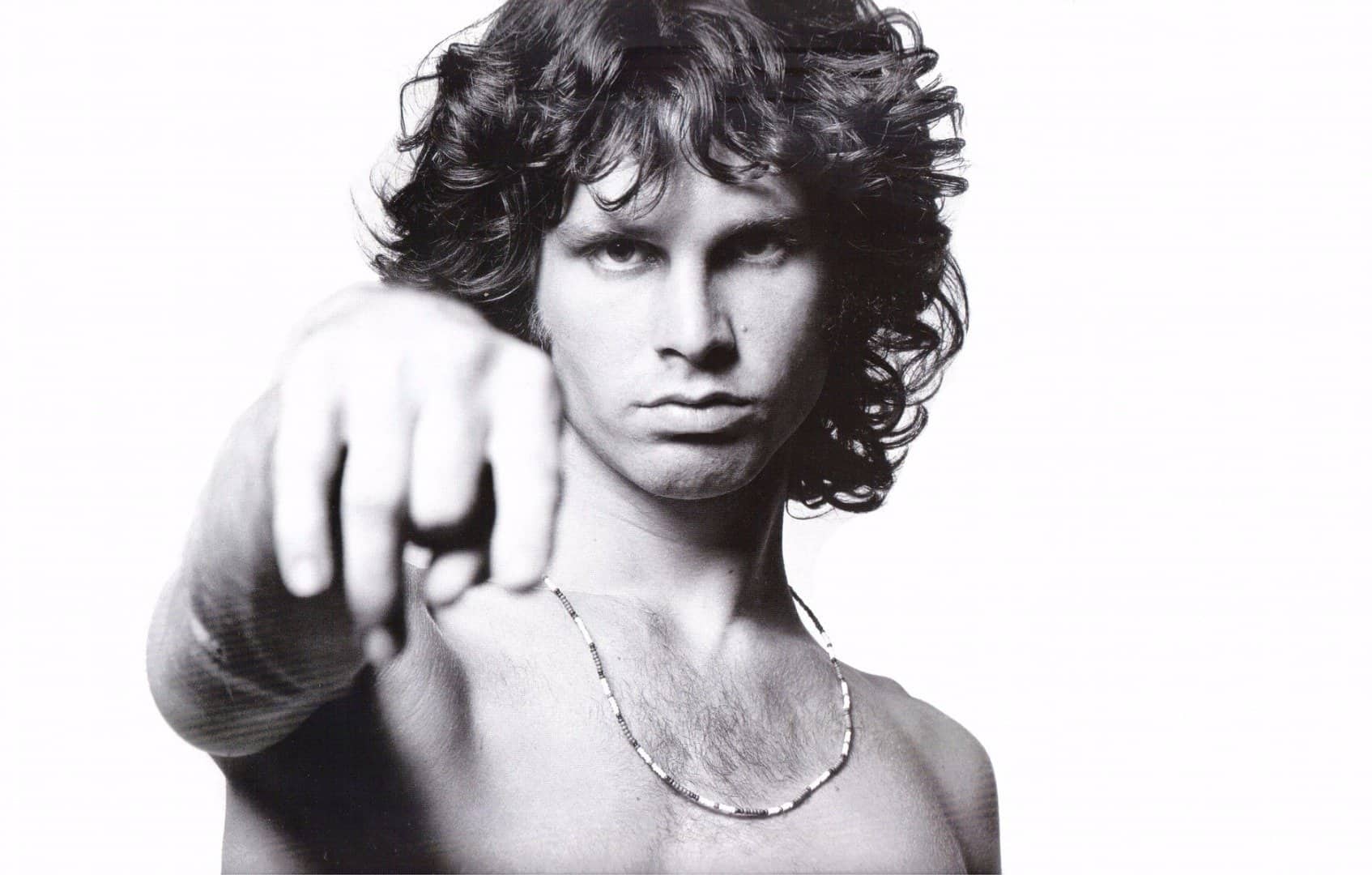 The iconic frontman for The Doors was found dead in the bathtub of the Paris apartment he shared with his girlfriend, Pamela Courson. No autopsy was performed, leading many to question the circumstances surrounding his death. Courson reportedly claimed Morrison snorted heroin, believing it was cocaine (a tragic mistake immortalized in Quentin Tarantino’s Pulp Fiction). 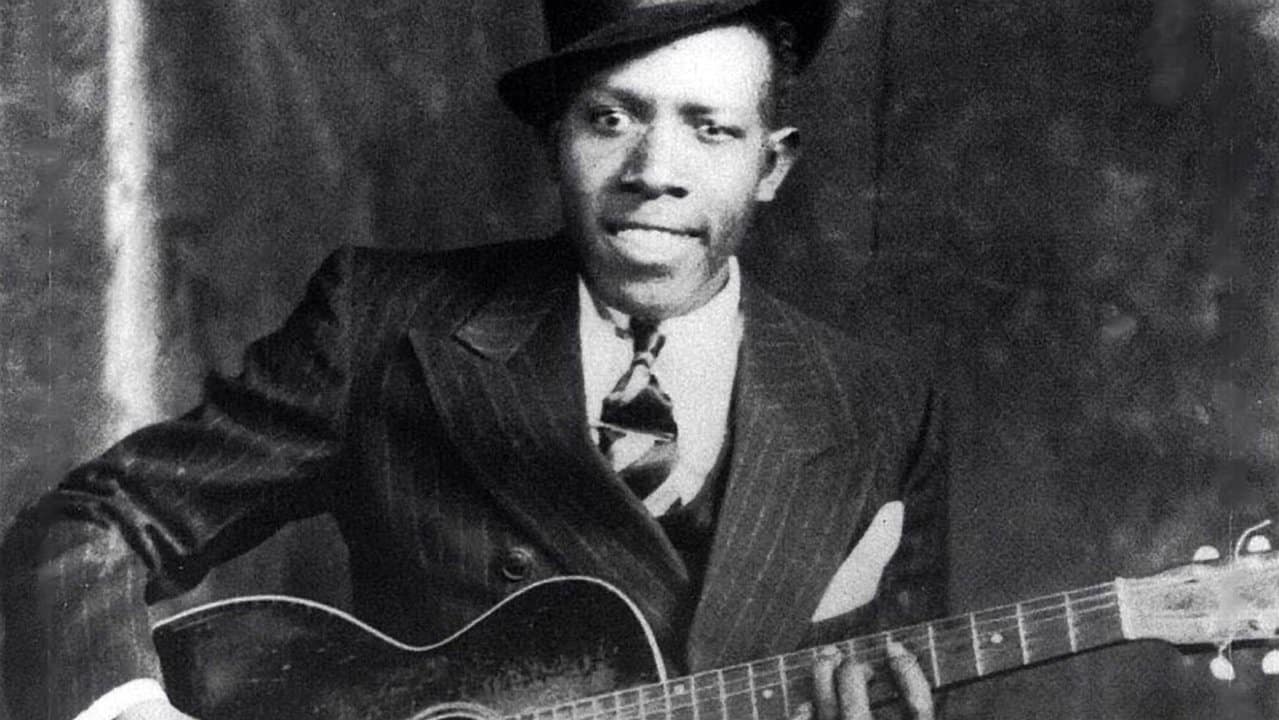 Some say wandering bluesman Robert Johnson made a deal with the Devil. In exchange for his soul, Johnson would be gifted a breathtaking mastery of the blues. So far, the Prince of Darkness has neither confirmed nor denied this theory. Where Johnson learned to pluck, stomp, and sing with seemingly supernatural skill may never be known. A few grainy photographs and secondhand accounts are the only materials we have to reconstruct the legendary musician’s life. We do know that he died on August 16th, 1938. Speculation about the circumstances of his death abound, with several accounts claiming Johnson was deliberately poisoned. 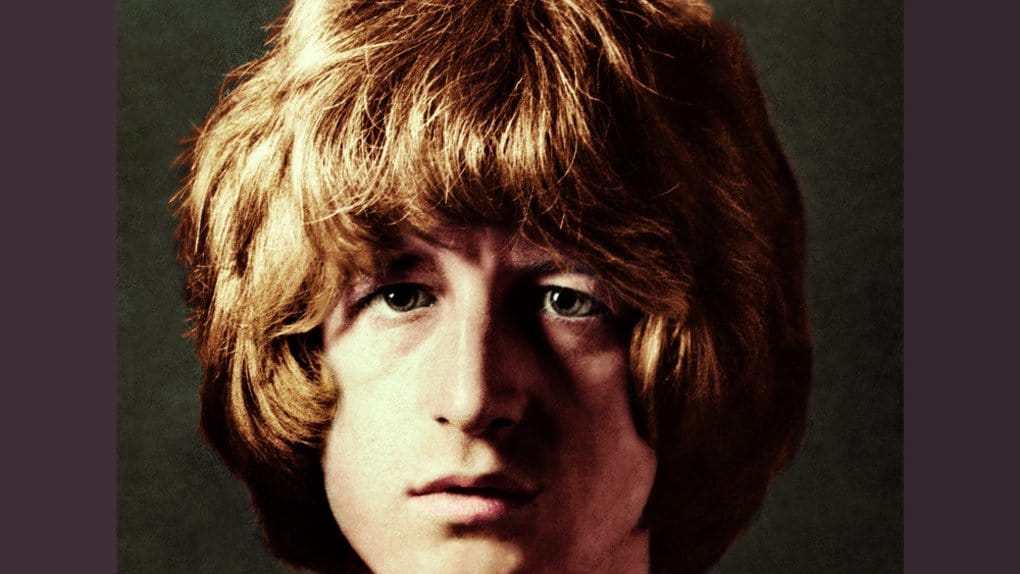 Pete Ham was a founding member of British power pop band Badfinger. In 1975, the band hit a rough patch and Ham became severely despondent. He began to exhibit symptoms of mental illness, such as burning his hands and arms with cigarette butts. He hung himself in his garage on the morning of April 24th, effectively dissolving Badfinger.

McKernan was the founding member of The Grateful Dead, but much like Brian Jones, took a backseat to the band’s other members. His talents always shone through, however, and he is remembered by Dead Heads for his numerous contributions to the band. In 1973, he was found dead of a gastrointestinal hemorrhage, which may have been the result of chronic alcohol abuse. 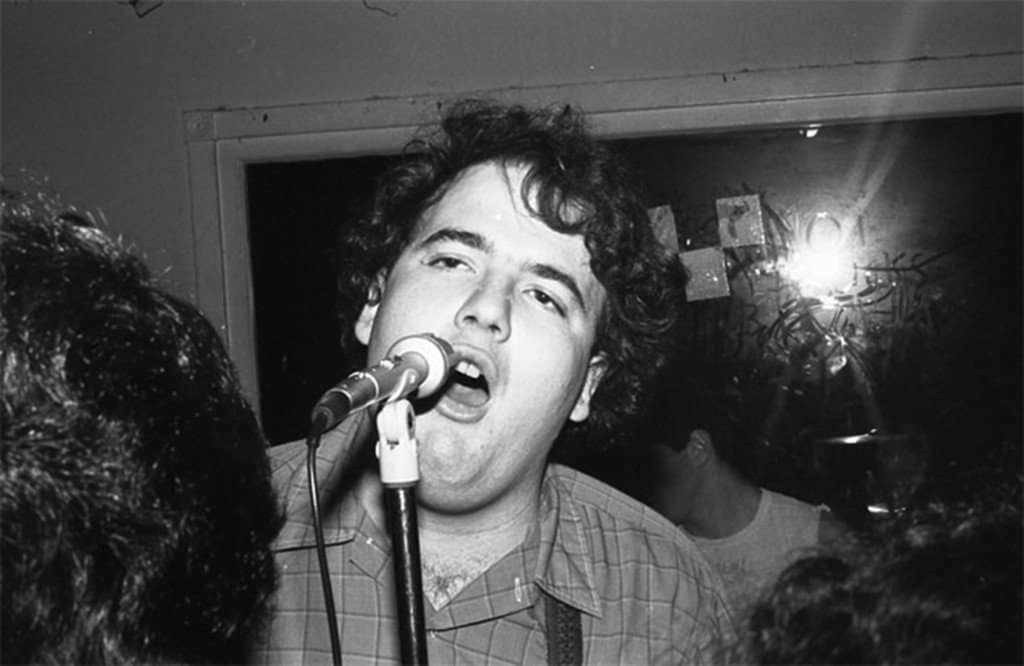 The Minutemen were an influential punk rock band from San Pedro, California. Their frontman and lead guitarist, D. Boon, was noted for his unique funk/blues inspired style. En route to visit his girlfriend’s parents, Boon fell ill with a fever. He laid down in the backseat of his touring van while his girlfriend took the wheel. Sadly, she fell asleep along Arizona’s Interstate 10, flipping the van and ejecting Boon, resulting in his death. 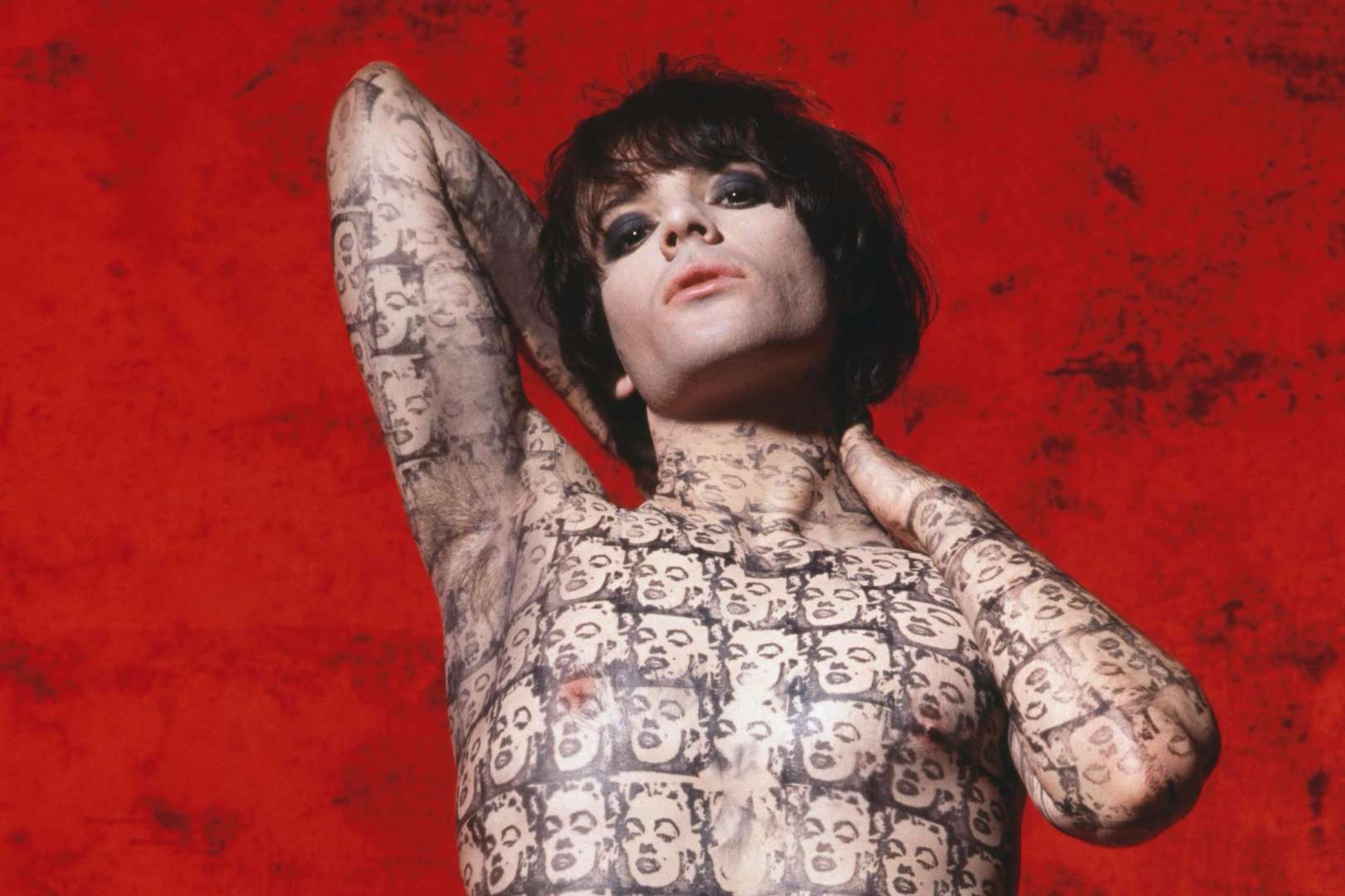 Richey Edwards was the lyrical driving force behind the Manic Street Preachers. His enigmatic stage persona and forwardness about issues like self-harm, depression and suicide made him popular with Britain’s youth. On February 1st, 1995, he mysteriously disappeared in a case that would captivate the UK public for months. His vehicle was found abandoned near a bridge known for hosting a large number of suicide jumpers, leading many to speculate he took his own life.

Not everyone is convinced, however, as Edwards stated he was committed to life in a 1994 interview. “In terms of the ‘S’ word,” he said. “That does not enter my mind. And it never has done, in terms of an attempt. Because I am stronger than that. I might be a weak person, but I can take pain.”

Unlike the others on this list, the exact date of Edwards’ death is unknown. He was 27 years when he disappeared, and was officially presumed dead in 2008. 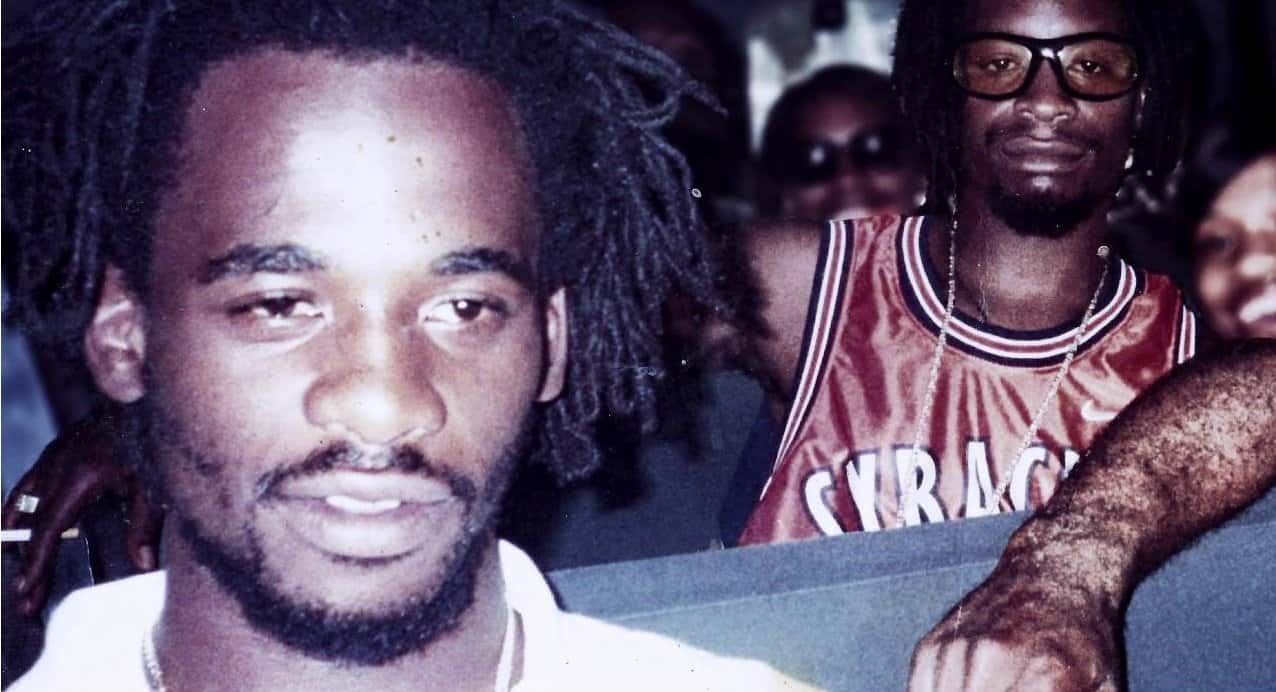 Freaky Tah is remembered as one of the greatest promoters and hype men in hip-hop history. His gravelly vocals and call-backs were a staple of the Lost Boyz live performances, which helped make the group synonymous with high-energy party jams. Sadly, he would meet a tragic end while leaving New York’s Sheraton Hotel one night in 1999. Setting out for a friend’s birthday party, he was gunned down by a ski-mask wearing assailant, later identified as Kelvin Jones.

Police speculate there may have been a bitter feud between the men or their associates. Jones pleaded guilty to the murder and was sentenced to fifteen years to life. 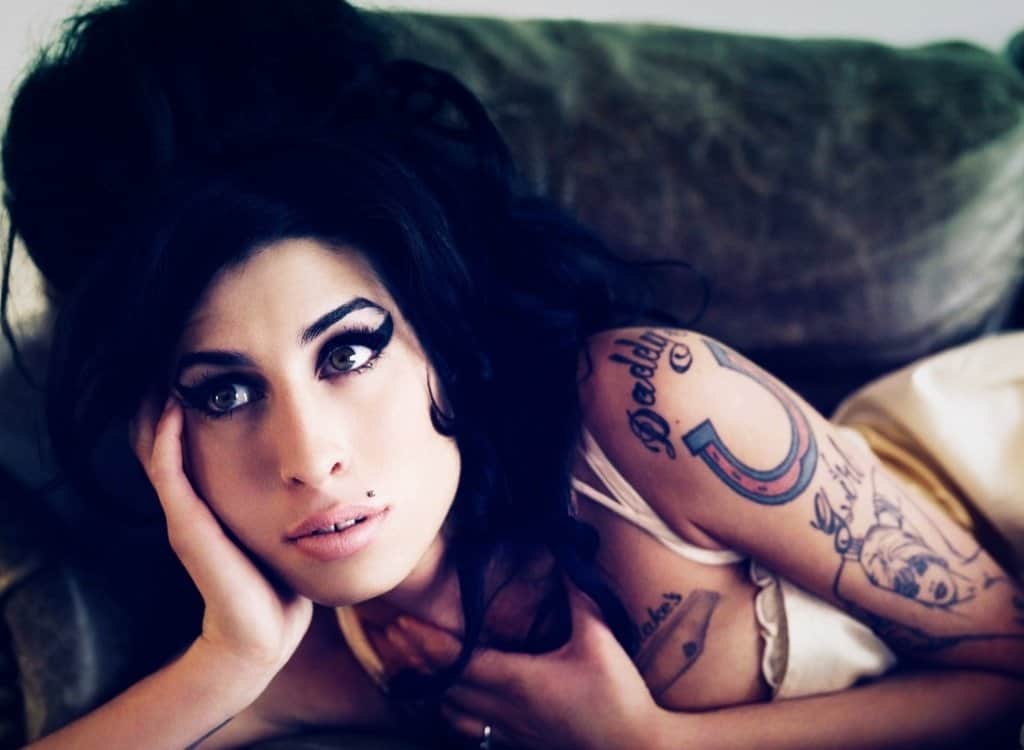 The soulful singer-songwriter was discovered unresponsive by her bodyguard. Like fellow “27 Club” member Brian Jones, her death was ruled a “death by misadventure”, as Winehouse had consumed at least three bottles of vodka while potentially suffering from an eating disorder. Her tragic death in 2011 reignited interest in the “27 Club”, with many drawing comparisons to Hendrix, Jones, and Joplin, who had likewise suffered fatal drug interactions. 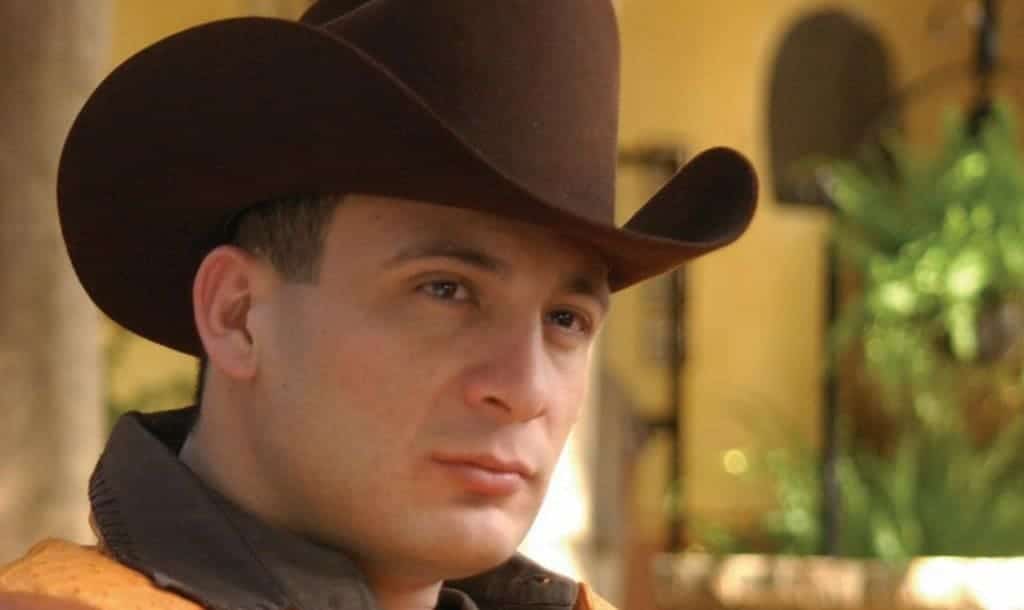 Valentín Elizalde was a popular Mexican singer and band leader whose lyrics portrayed life on the Mexican border with visceral honesty. Controversy was sparked when supporters of Los Zetas, Mexico’s most powerful criminal syndicate, interpreted his song “A Mis Enemigos” as an insult to the group. While leaving a concert, Elizalde’s suburban was hit with automatic gun fire. The assailants killed him, his assistant, and his chauffeur. 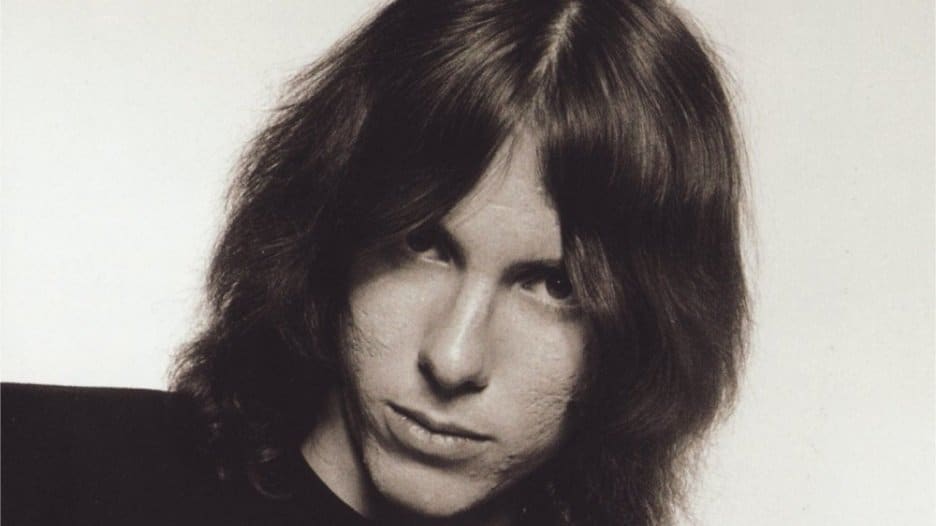 Few musical acts have been as influential as The Stooges. Leading audiences by the nose with pure aggression, attitude and snark, the band single-handedly paved the way for punk and hard rock. Their original bassist, Dave Alexander, proved to be somewhat of a weak link. His frequent and heavy imbibing stalled one too many performances, leading to his firing from the group in 1970. Complications from his excessive drinking would kill him five years later at the age of 27. 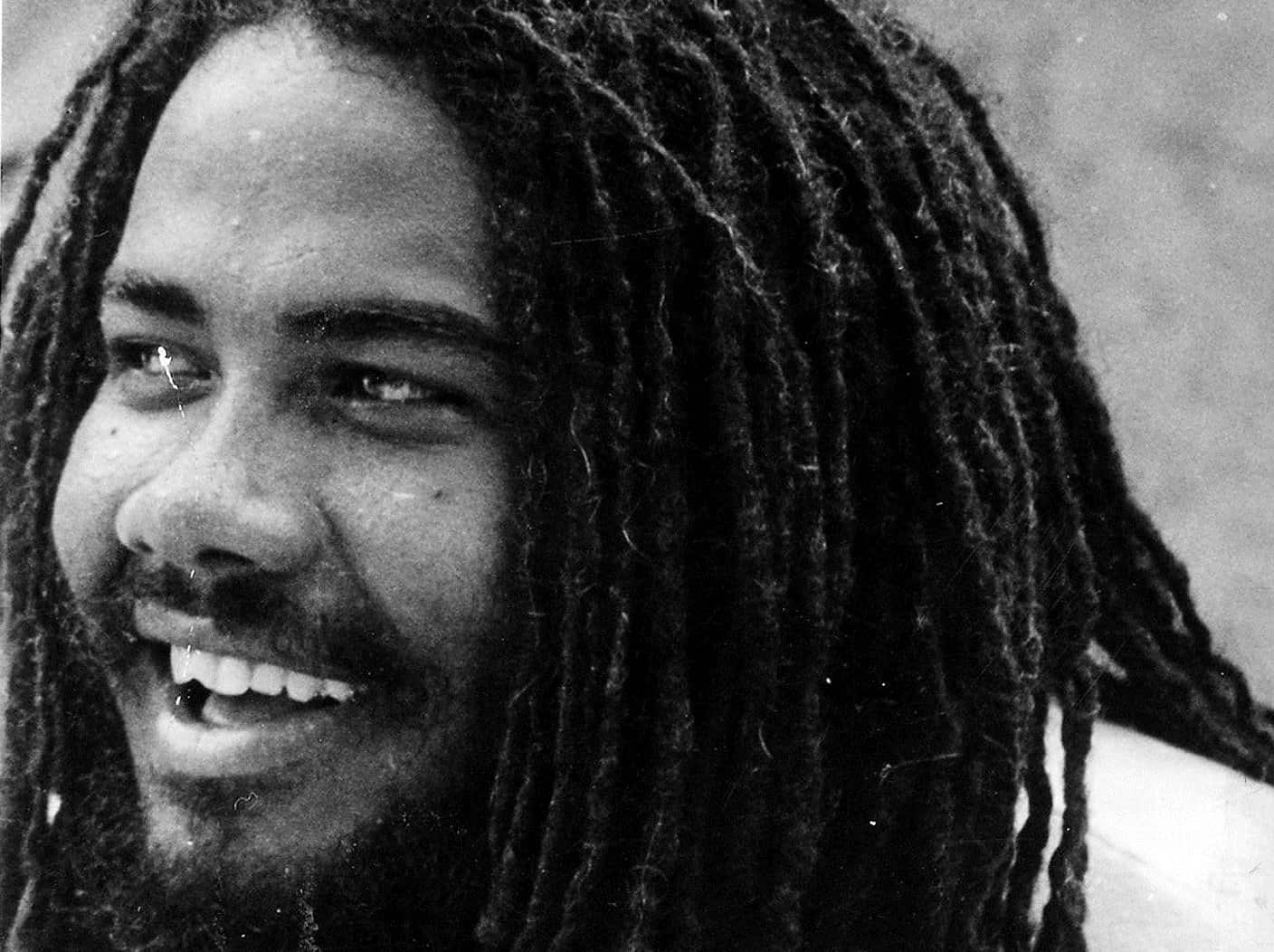 Things were looking up for Jacob Miller, lead vocalist for the seminal reggae group Inner Circle. His musical career had taken off in the mid ’70s, and he was preparing to tour with Bob Marley and the Wailers. Tragically, he lost his life in a car accident in 1980. Inner Circle would reunite some seven years later to record the hit song “Bad Boys”, later used as the theme song for the long-running television series COPS. 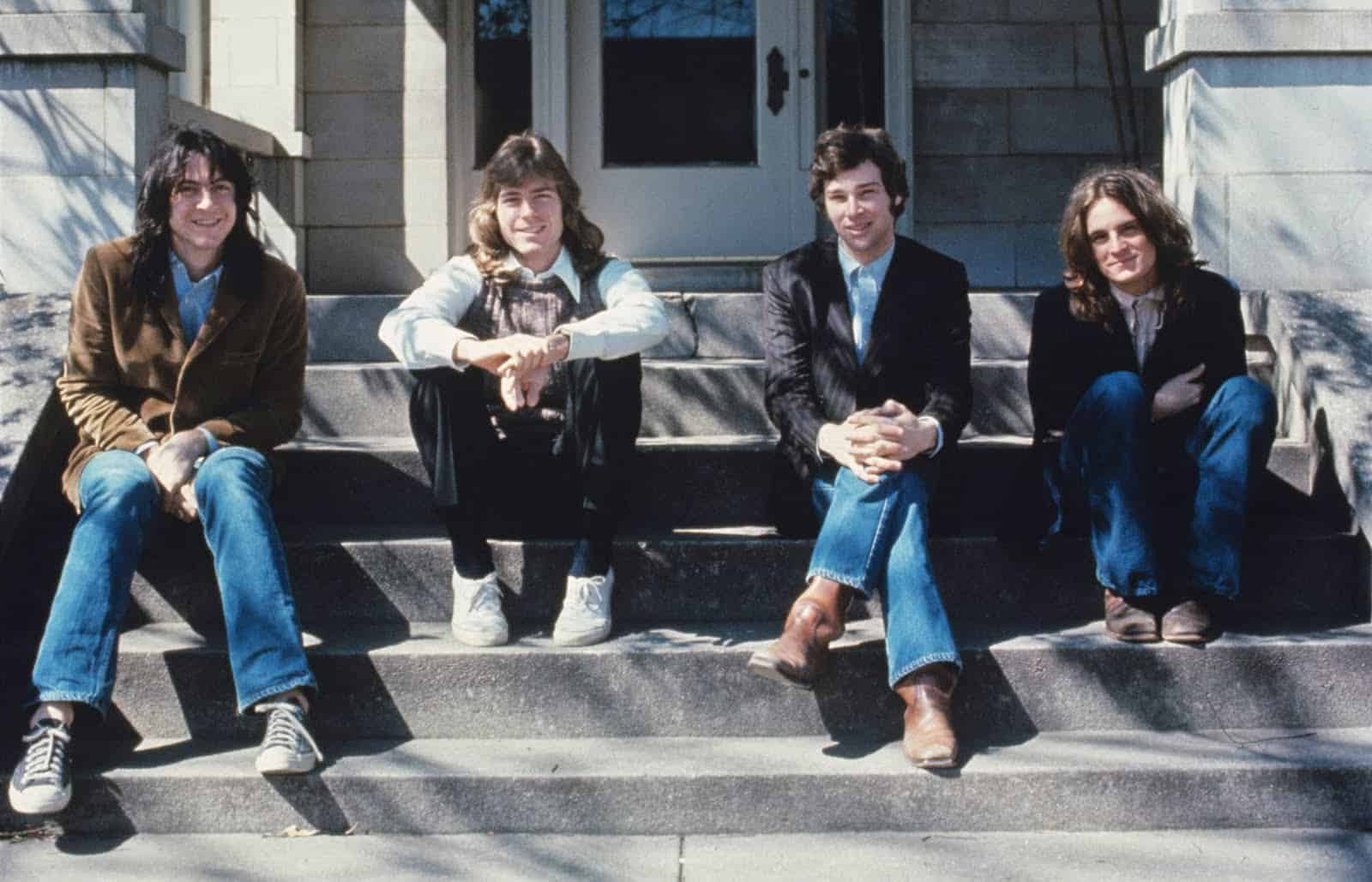 For being one of the most influential and critically acclaimed rock bands of all time, Big Star enjoys little adulation in the annals of popular culture. After releasing three groundbreaking records that would go on to inspire bands like R.E.M. and The Replacements, lead singer Chris Bell was killed when he lost control of his sports car and hit a wooden pole. He died on December 27th, one day before bandmate Alex Chilton’s birthday. 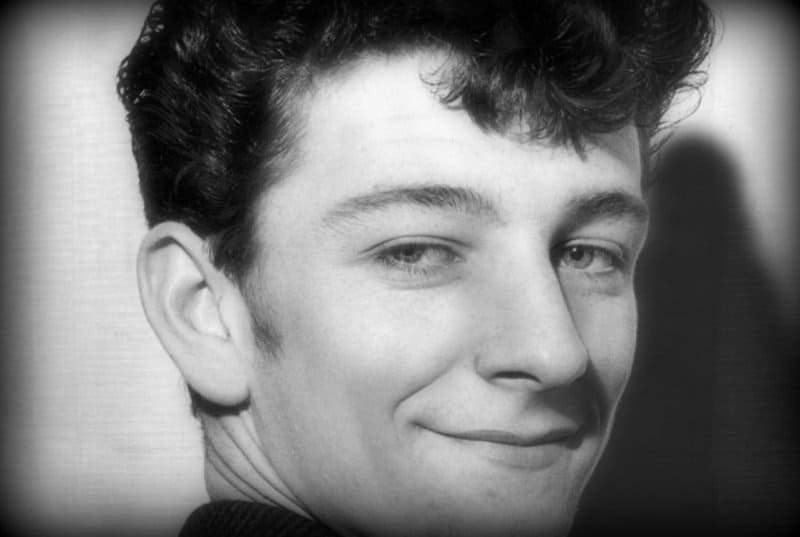 With a name like Dickie Pride, it’s a wonder the British rock ‘n’ roller wasn’t more well known. He had a string of successful live performances in the 1960’s, but had difficultly translating his showmanship and charisma into record sales. In the middle of the decade, his mental health began to decline and he turned to hard drugs. He was committed to a mental institution and lobotomized in 1967, which he miraculously survived without suffering serious consequences. In fact, his addictions seemed to have dissipated and he felt cured of his depression. Sadly, he relapsed in 1969 and died after ingesting a cocktail of legal and illicit drugs. 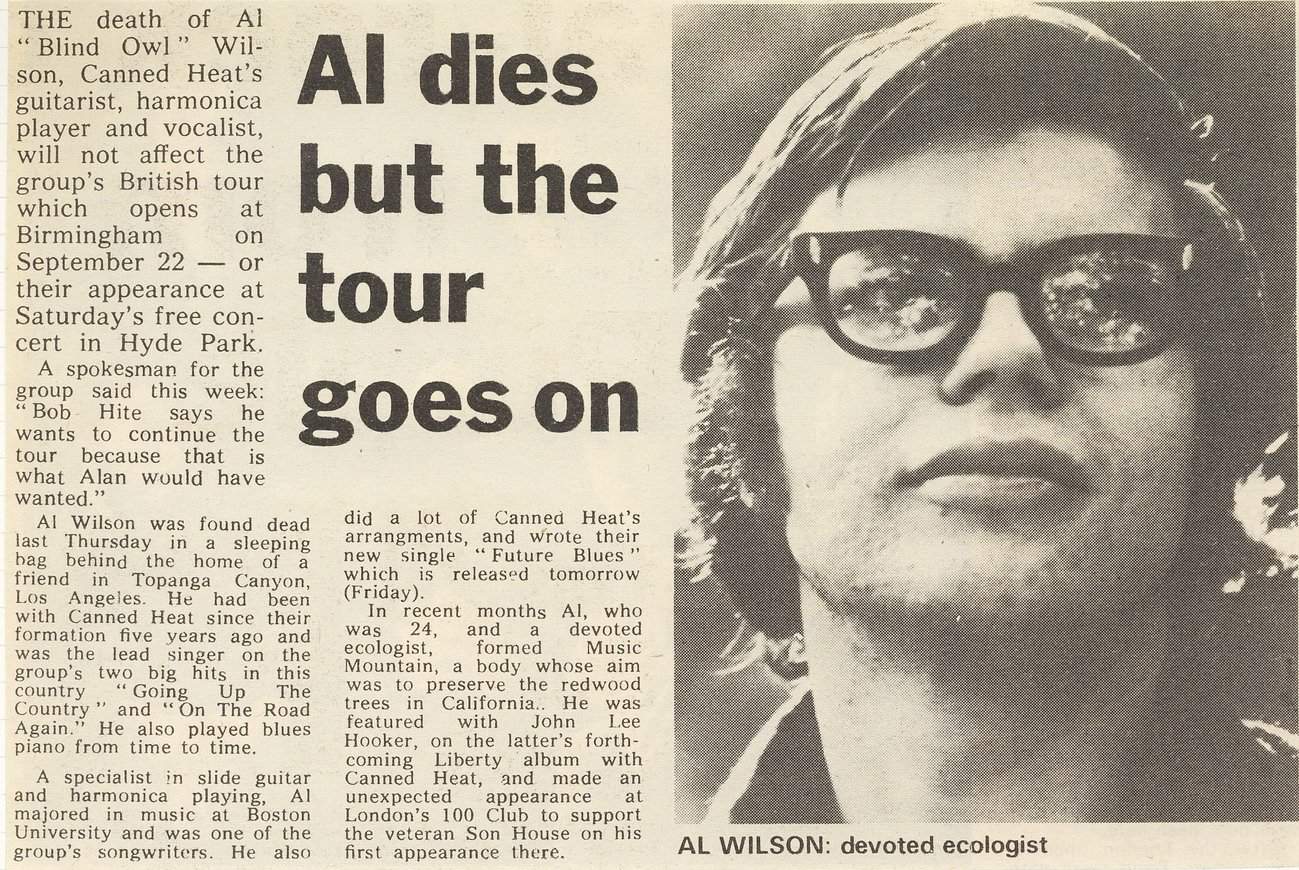 Alan Wilson received the nickname “Blind Owl” from legendary guitarist John Fahey, owing to the songwriter’s quiet wisdom, owl-like face, and exceptionally poor eyesight. His band, Canned Heat, was well known in the 1960’s for their blend of psychedelic rock and electric blues. A socially awkward introvert, Wilson found himself severely depressed by 1970. He was found dead of a barbiturate overdose in September of that year. It is unclear if his death was intentional or accidental. 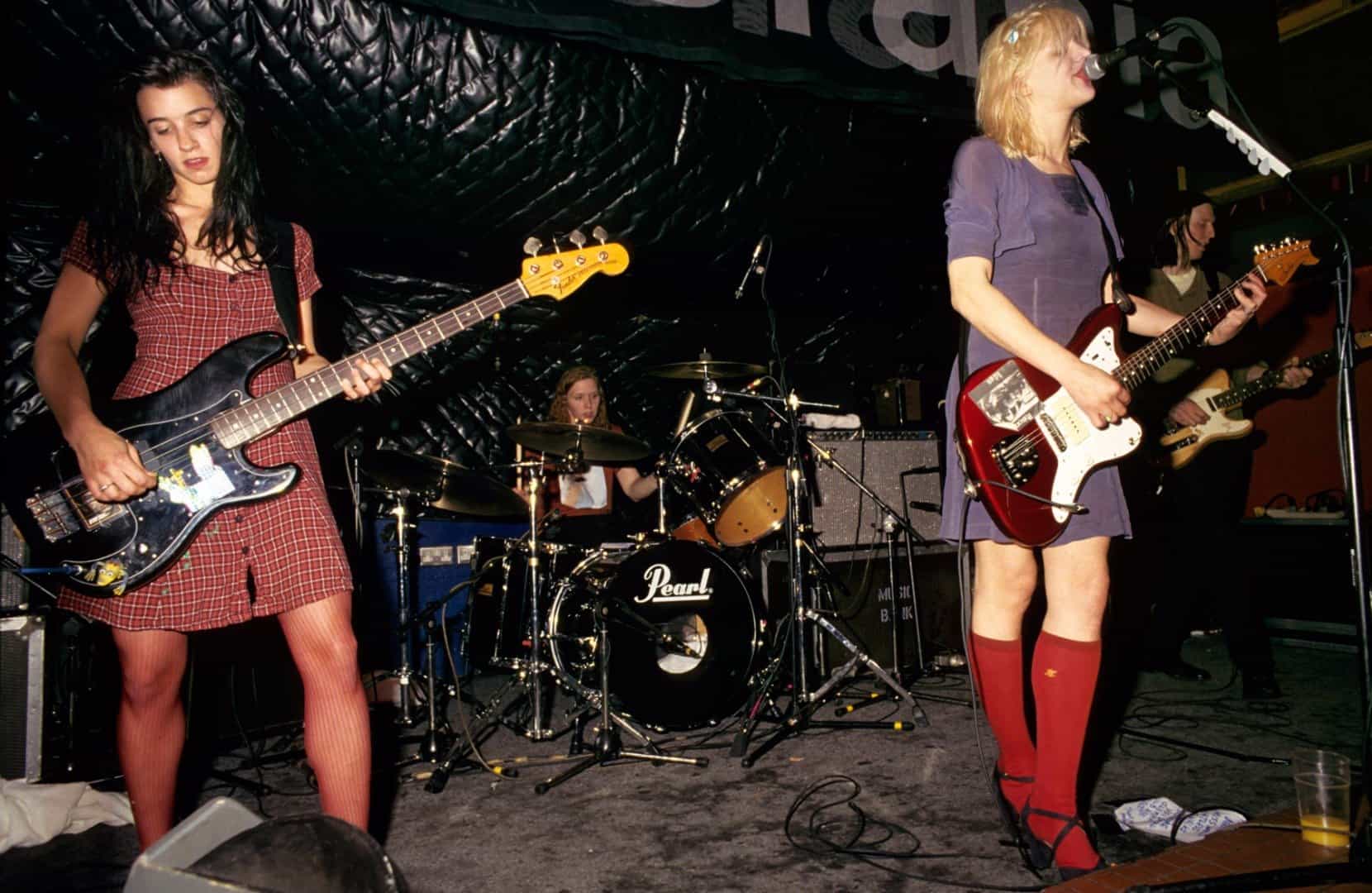 Kristen Pfaff joined Hole in 1993, just in time for the recording of their commercial smash-hit Live Through This. With the addition of Pfaff on bass, guitarist Eric Erlandson noted “That’s when we took off, all of a sudden we became a real band.” Sadly, Pfaff died of a heroin overdose the next year in 1994, just a few months after frontwoman Courtney Love lost her husband Kurt Cobain to suicide. 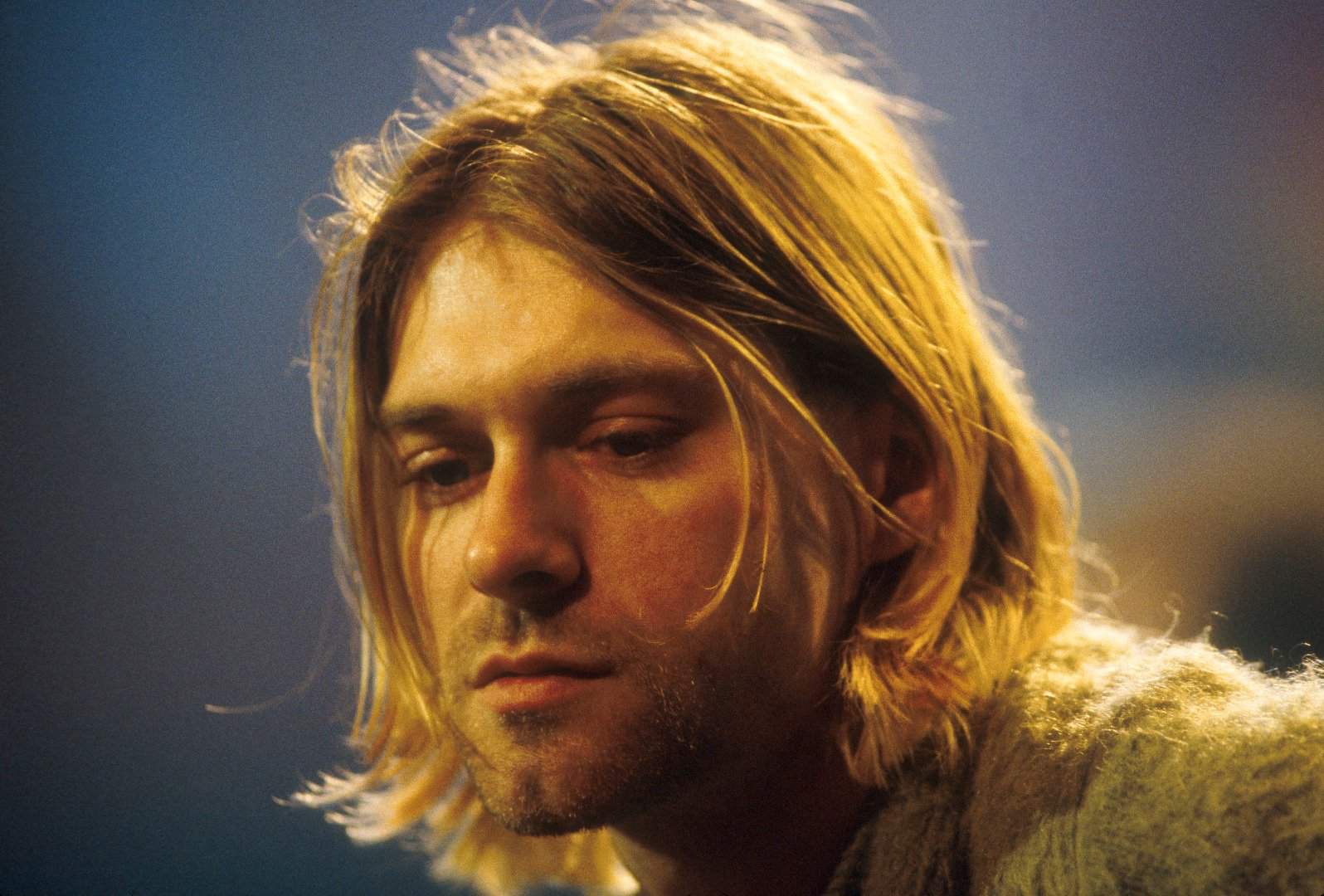 Just as Janis Joplin epitomized the attitudes of the 1960’s, Kurt Cobain found himself the poster child for 90’s American apathy, angst, and introversion. His powerful melodies and sparse, poetic lyrics rocketed his band, Nirvana, to superstardom. But success proved to be a mixed bag for Cobain. Suffering from severe depression and addicted to heroin, he took his own life with a shotgun in April 1994. His death prompted immediate and widespread mourning, as music fans young and old felt they lost a powerful and life-affirming icon. His death also prompted the first discussion about the unusual number of musicians who have passed away at the age of 27. The phrase “27 Club” is thought to have originated with a statement by Cobain’s mother, who said: “Now he [Cobain] has gone and joined that stupid club. I told him not to join that stupid club.”