Most of us have experienced the agony of a long public commute. You’re stuck on the bus, airplane or train for hours waiting to get to your destination, and the sleepier you become the more you notice just how uncomfortable you are. You may look quite ridiculous and notice that people are staring. Do you really care? No, not even a little bit because you’re getting a much needed nap during your commute. We are just so thankful that someone had a camera! 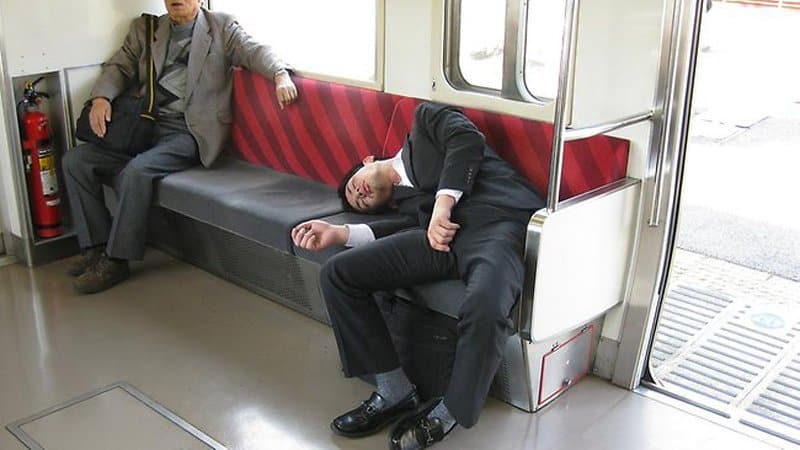 This business man happened to find a way to get in just the right position for a nap. 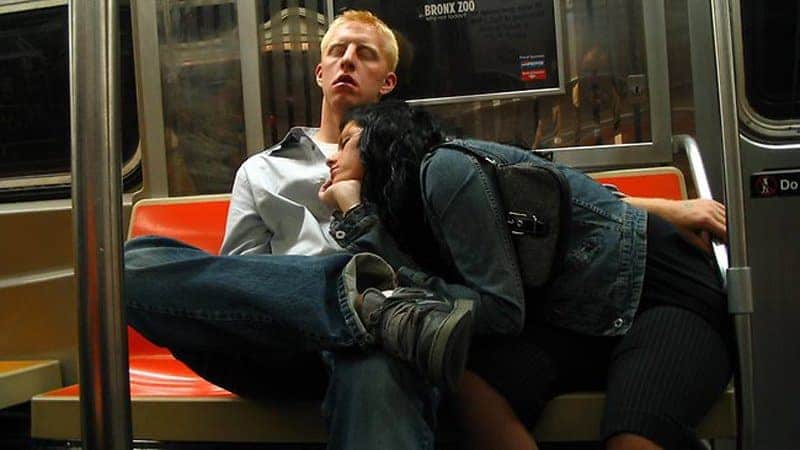 These two actually look very comfortable while still maintaining a level of swag. 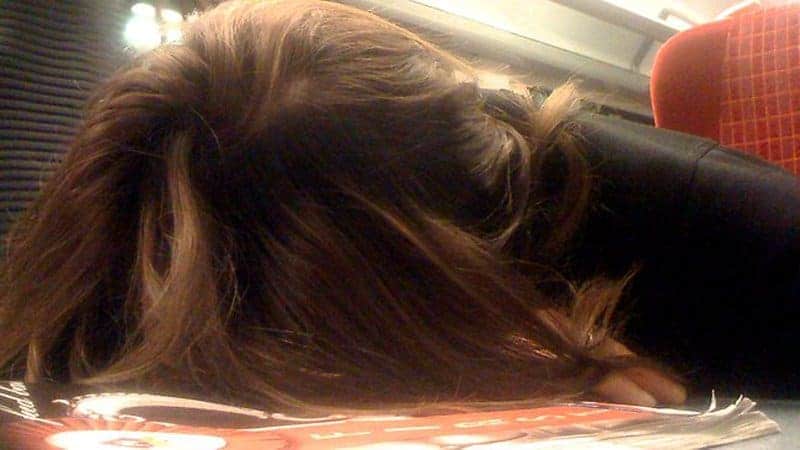 I’m sure she didn’t make it very far through the magazine that she was reading. 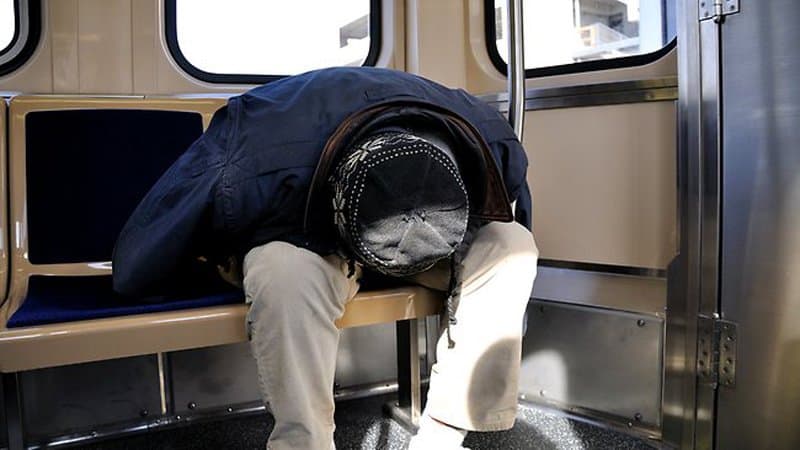 You could just rest your head on your knees. He makes this look easy. 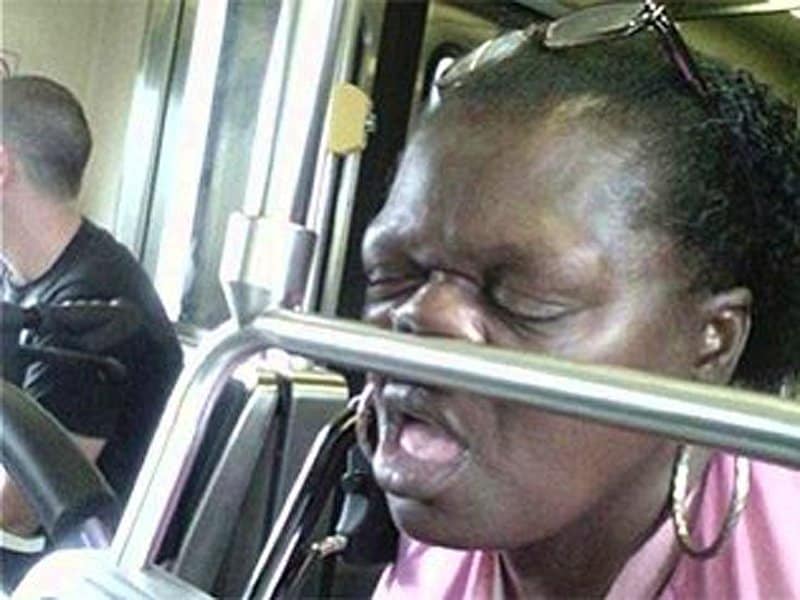 This lady found the perfect place to rest her head…..I mean….um nose.

Put Your Feet Up 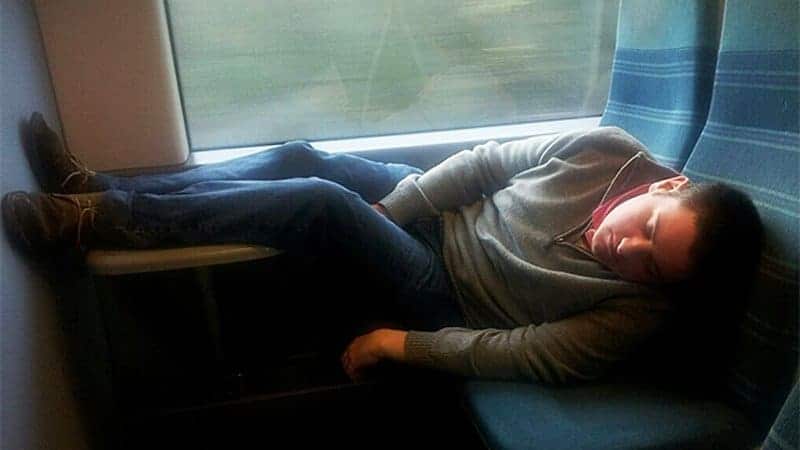 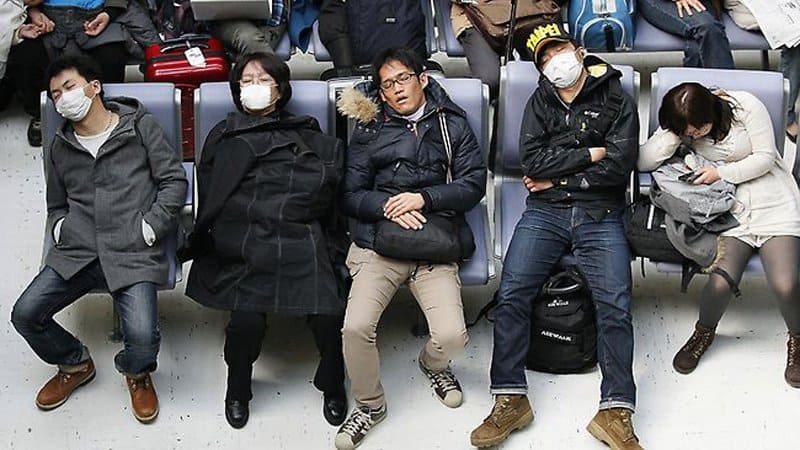 Follow the crowd and rest while waiting. One of them should take watch. I’m guessing that it was the one without the face mask. 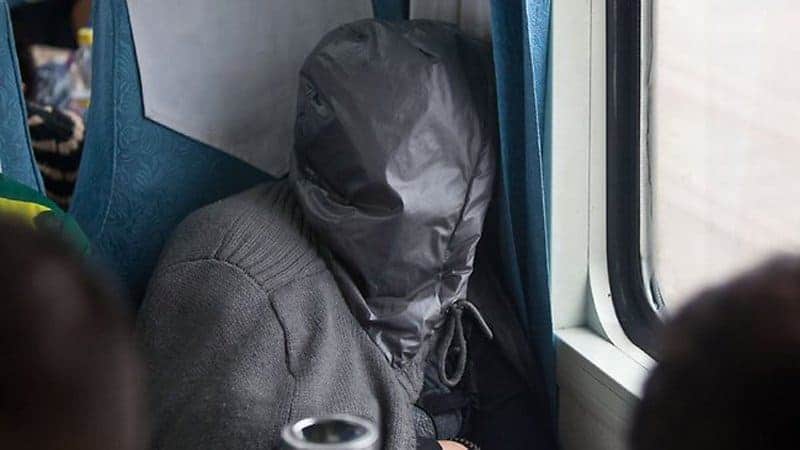 This one sleeps with his head fully covered. No awkward photo here. 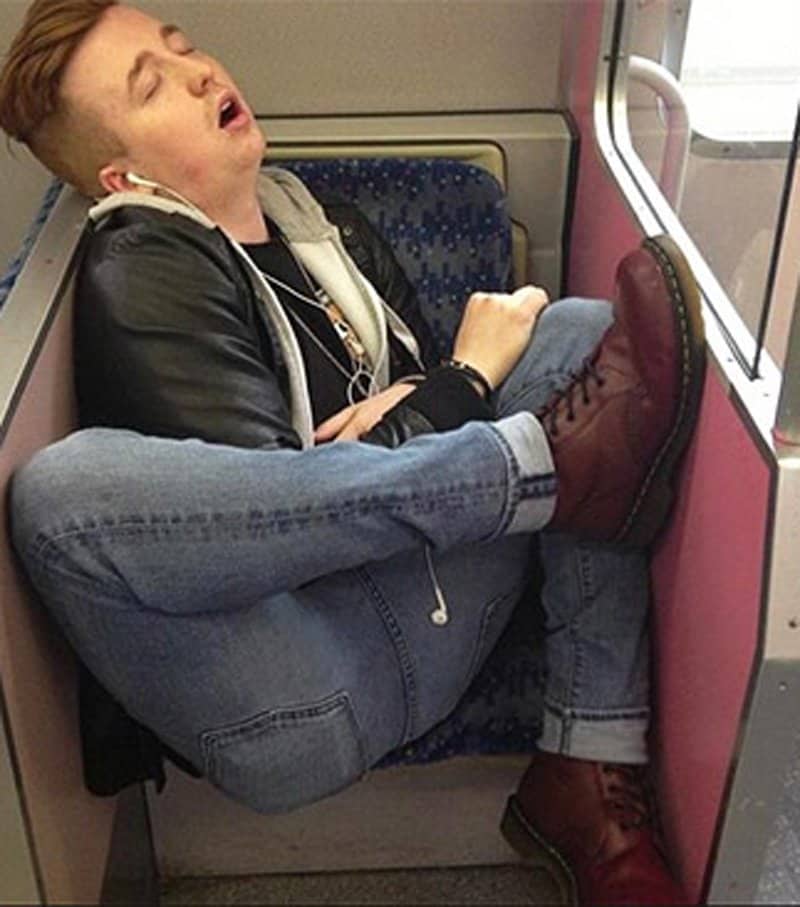 He looks like he is busting a move in his sleep. 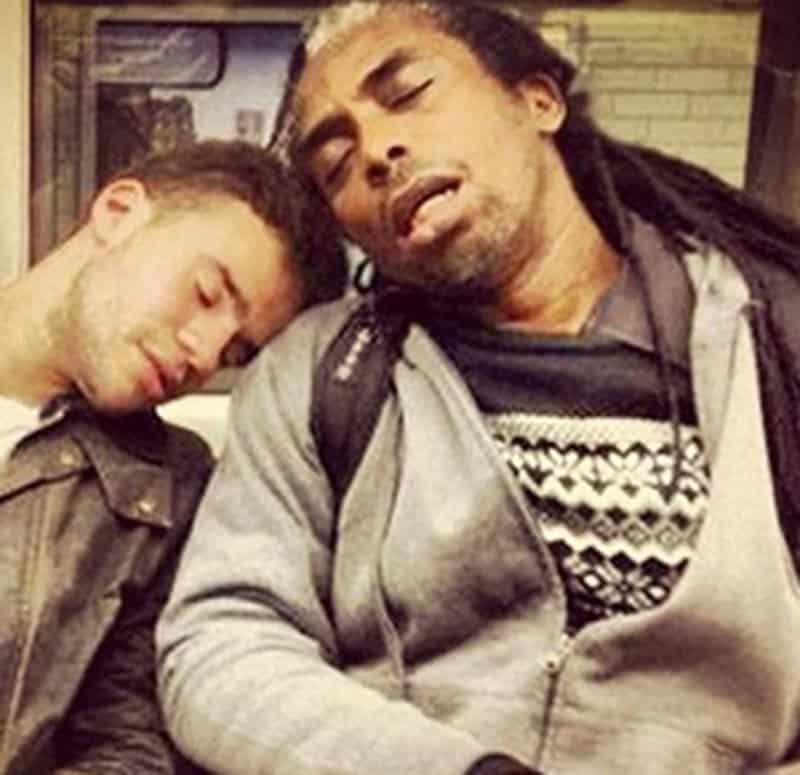 That’s what friends are for. 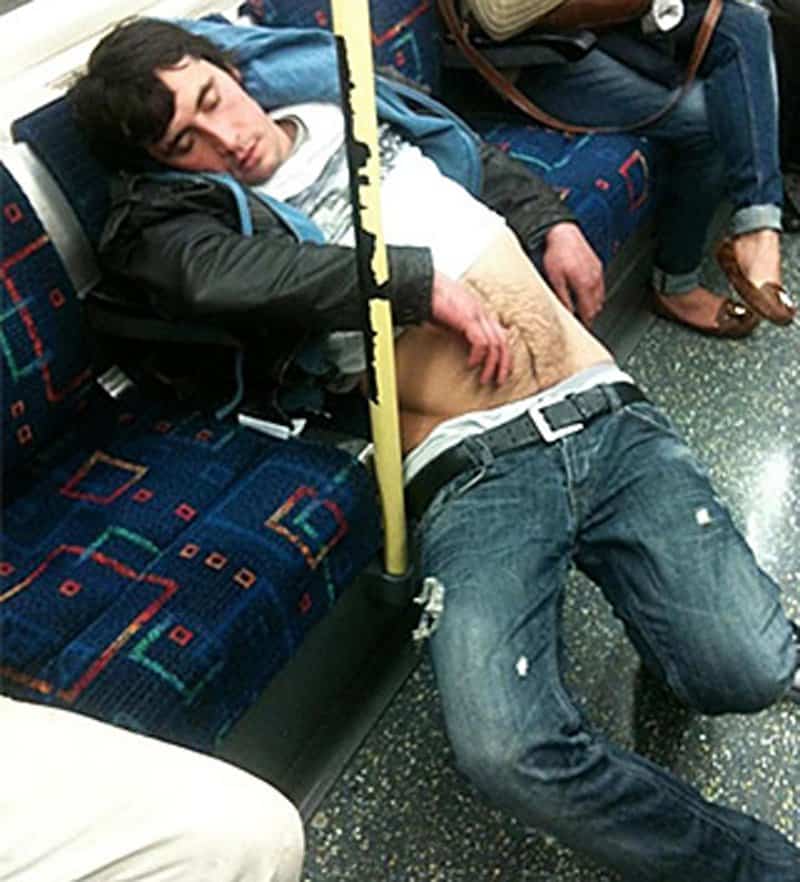 He’s about to not only lose his balance, but his pants as well. 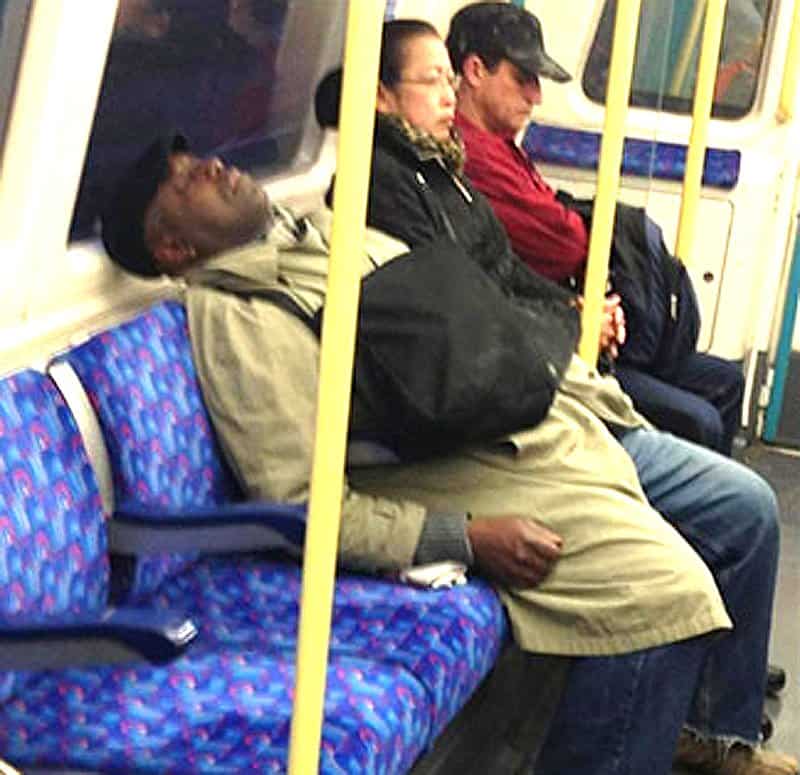 Well at least his head isn’t bobbing and weaving all over the place. 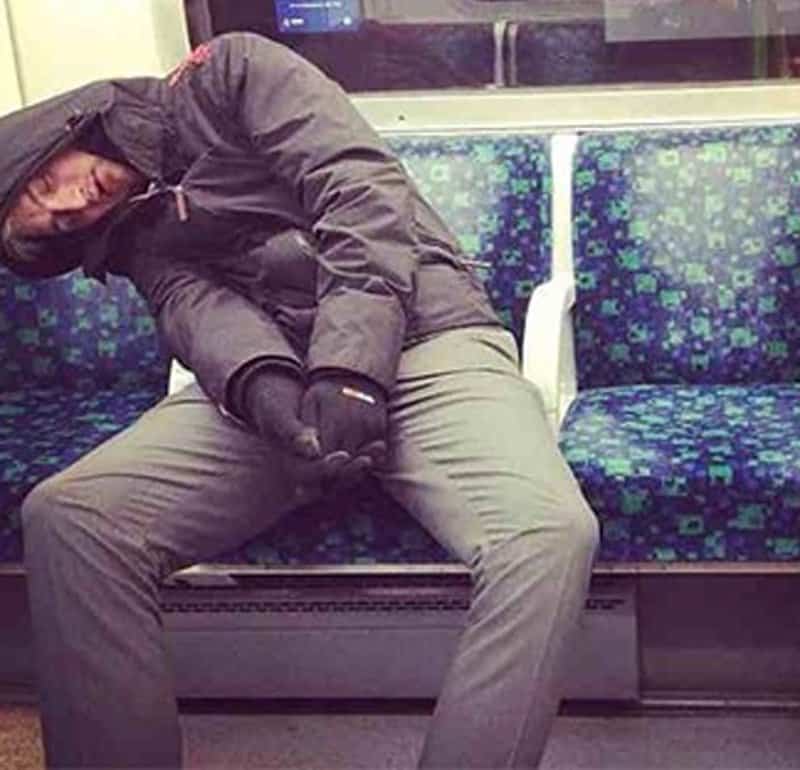 Going, going, gone. He will definitely have a neck ache later. 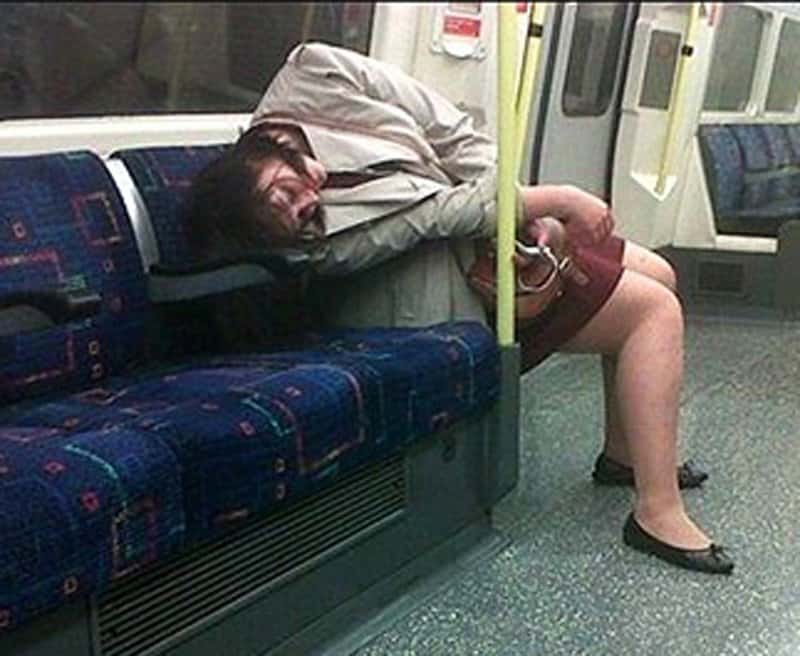 She’s out cold but at least she held on to her purse.

No One Can Eat Just One 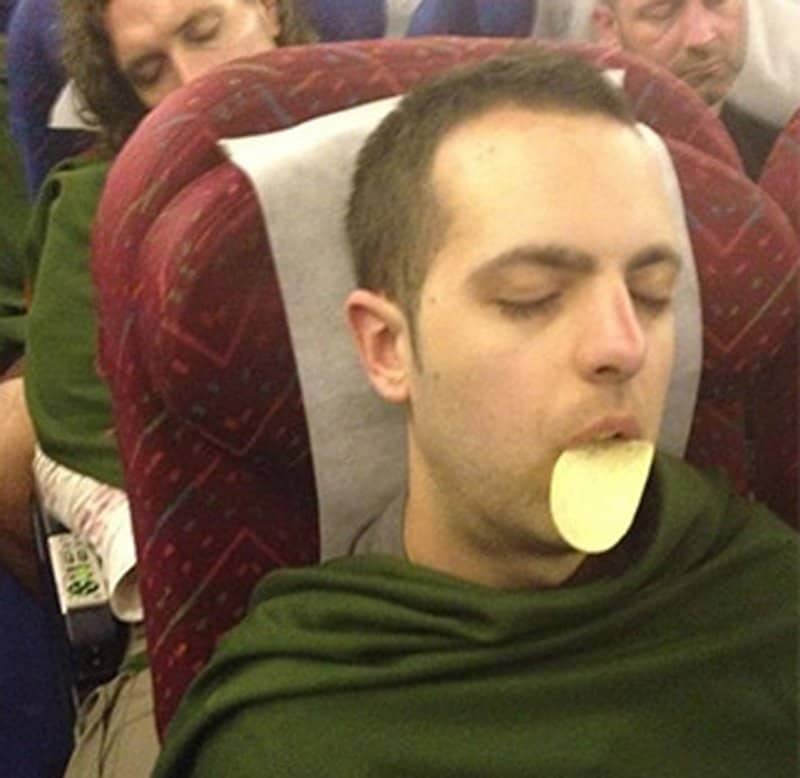 These chips were so good that he’s trying to eat them while sleeping! 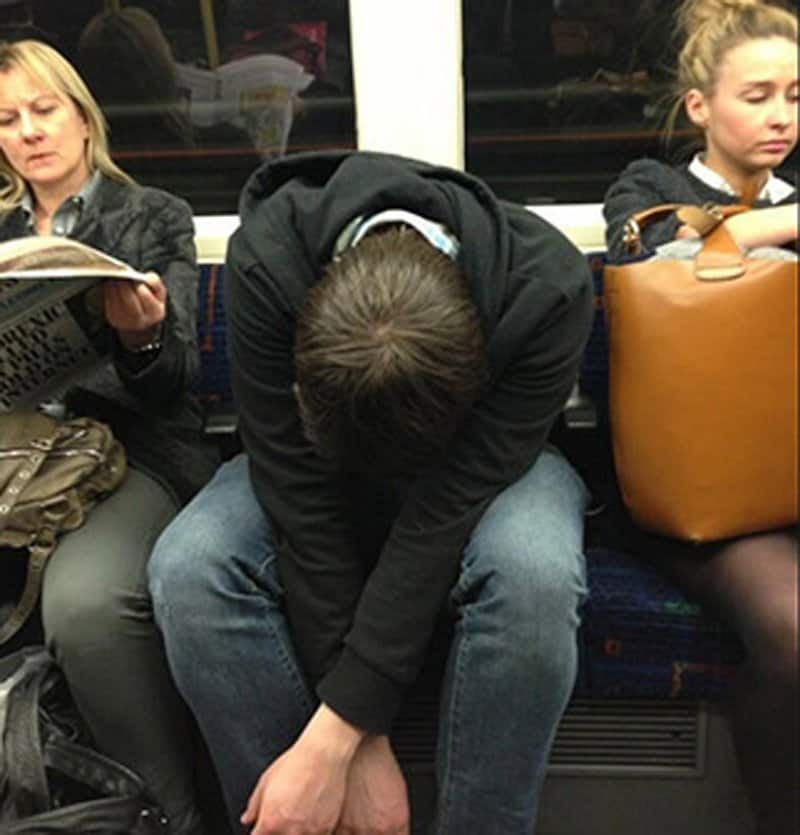 He’s adjusting to this cramp situation like a champ.

Nothing To See Here 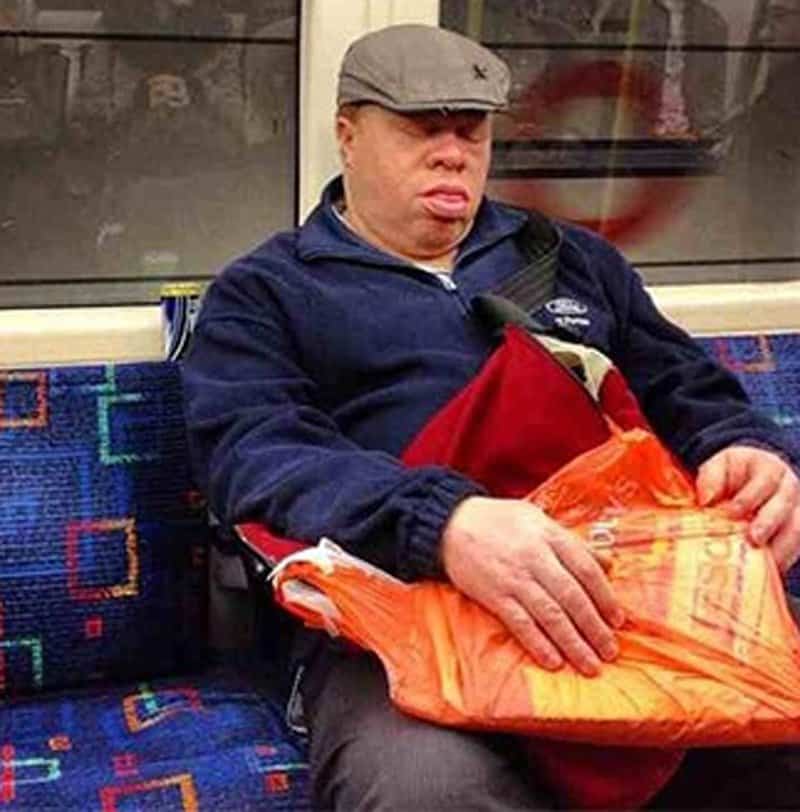 Nose To The Pole 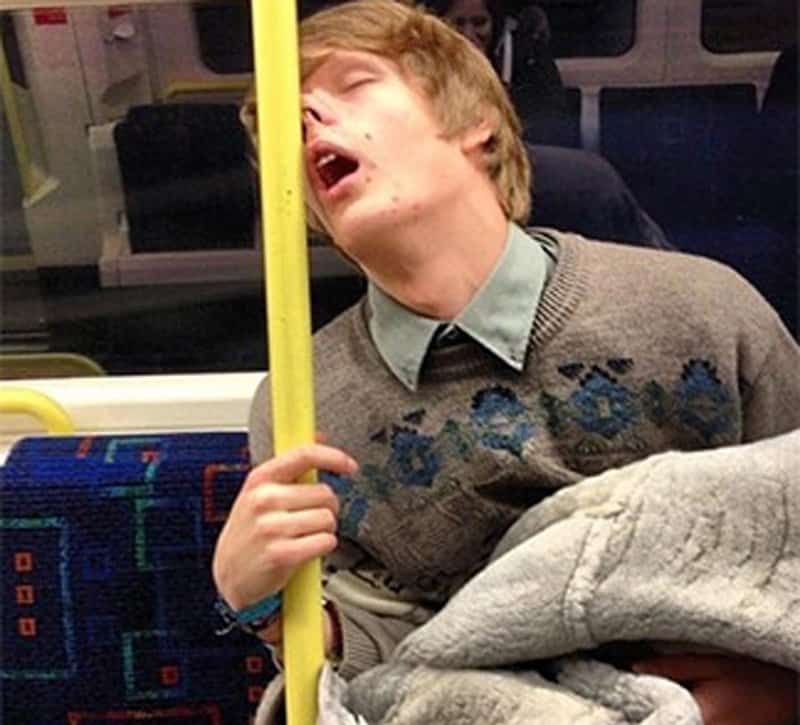 His nose to the pole makes a good but strange head rest. 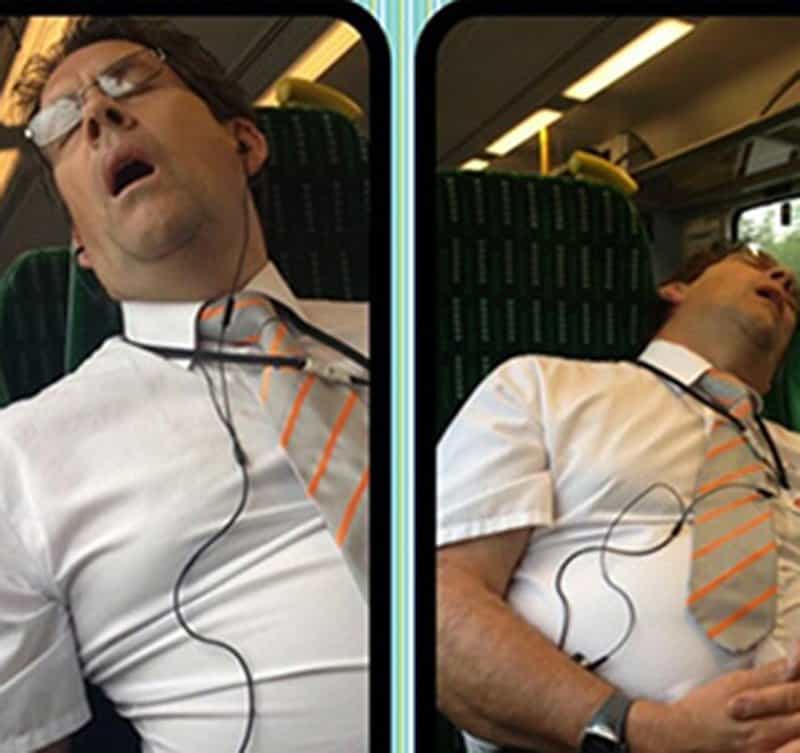 Whatever he’s listening to has put him out for the count. 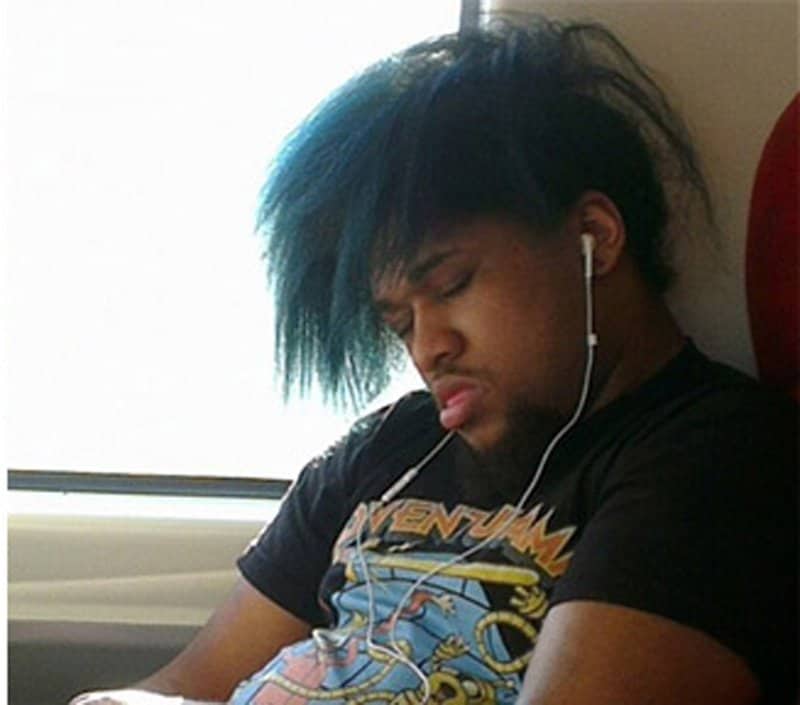 This rocker is perhaps listening to some soothing heavy metal while taking a nice little quiet nap.