20 Greatest Sitcoms Of All Time

Situation comedies, or sitcoms for short, have been a staple of American television since they first came about. While always funny, and often poignant, sitcoms have always held a special place in every network’s prime time lineup. Sitcoms encompass a broad category, almost all shows that fall under this category utilize comedic satire and slapstick comedy in order to entertain audiences. And while not every sitcom to grace the silver screen has been a hit, a chosen few have made their way into the hearts and minds of generations. Read on to learn more about twenty of the greatest sitcoms of all time. 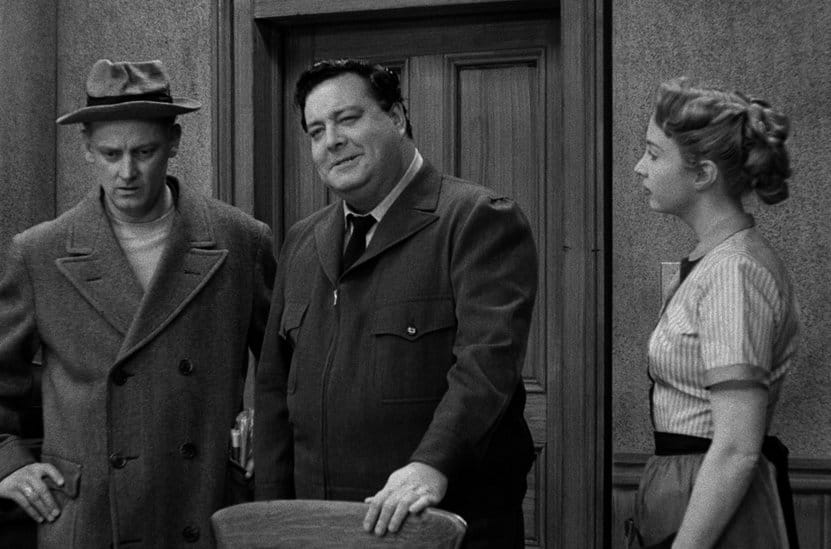 This is the show that started it all: The Honeymooners. Led by comedy star Jackie Gleason, and despite the fact that the show ran for just 39 episodes, The Honeymooners set the stage for every sitcom of the last 60 years. Featuring the shenanigans of Ralph Kramden and Ed Norton, along with their arguably more intelligent wives, the sitcom produced comedic gold that has stood the test of time. The Honeymooners is so beloved that Family Guy’s character Peter Griffin happens to be an homage to Jackie Gleason. 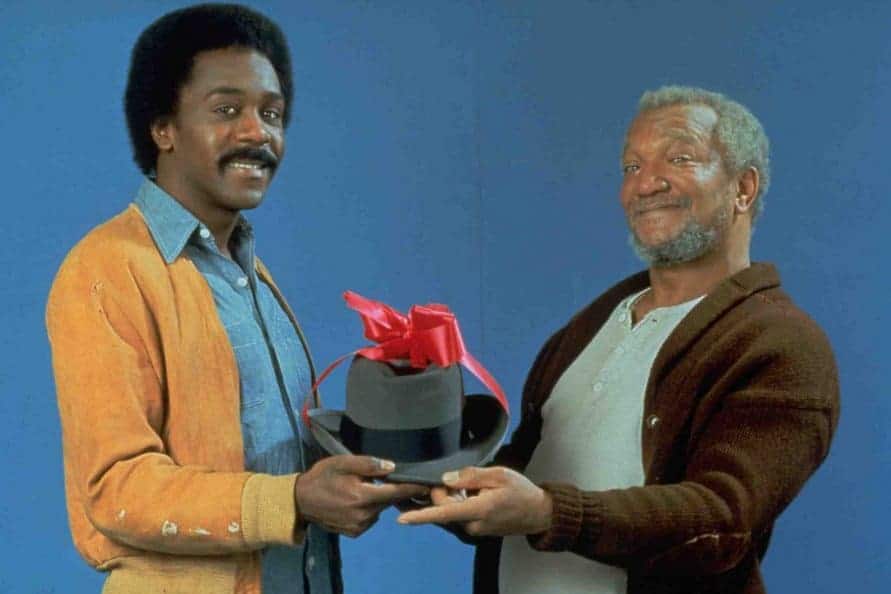 Starring Redd Foxx as Fred G. Sanford, Sanford and Son is a classic sitcom that has been enjoyed by generations. Fred Sanford’s constant back and forth comedy with numerous characters, including his son Lamont, makes the show a laugh riot and worthy of any serious sitcom fan. 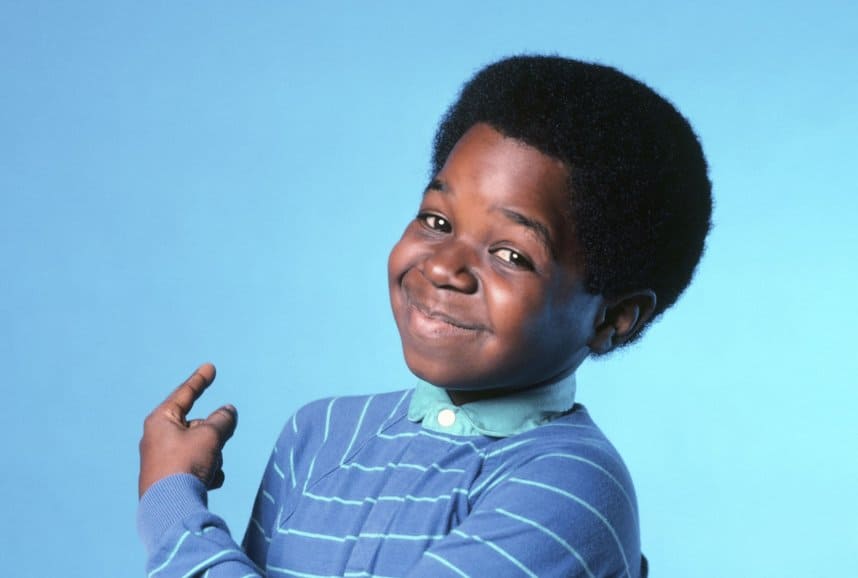 Airing from 1978 to 1985, Diff’rent Strokes featured a timeless story that America fell in in love with. Phillip Drummond, a wealthy Manhattanite, takes in Arnold (played by a young Gary Coleman) and Willis Jackson, originally from Harlem. The comedy was spot on so it’s no surprise that the show had such a long run, or that it spawned a spin-off, “The Facts of Life“. The show also didn’t shy away from controversial issues of the day, like racism, illegal drug use and child sexual abuse.

The Fresh Prince of Bel Air 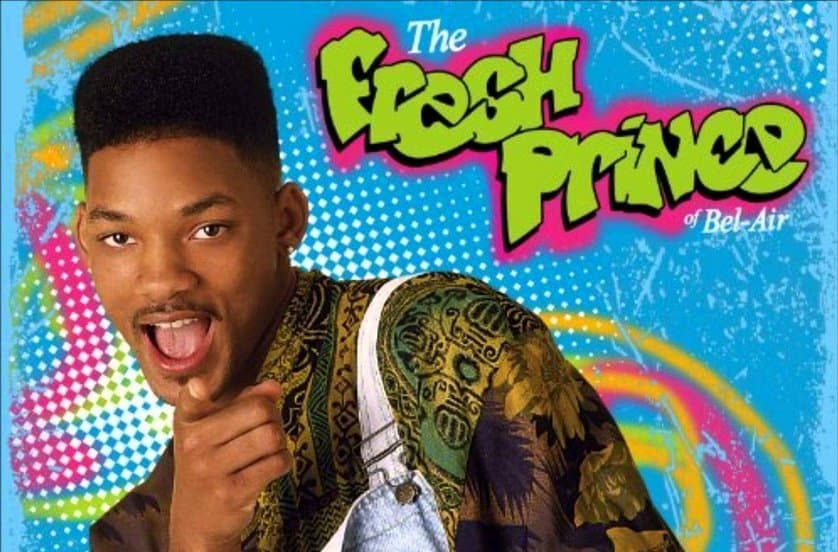 Everyone knows the line “Yo Home to Bel Air!” from the theme song to The Fresh Prince of Bel Air. Starring in a role that was written for him, Will Smith forever endeared himself to America in this classic “two world’s collide” sitcom. Will, the fictional version of mega-star Will Smith, is sent from Philadelphia to live with his wealthy Aunt and Uncle in the Bel-Air neighborhood of Los Angeles. The comedy featured in the show has led to a beloved sitcom as well as perhaps the most memorable theme song of any television show. 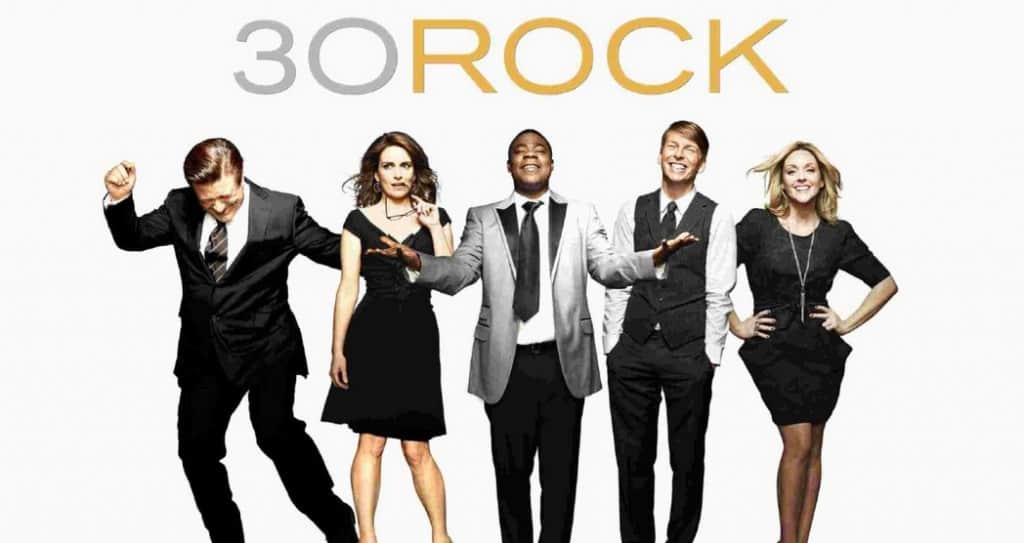 Originally pitched as a spoof of Fox News’ “The O’Reilly Factor“, NBC executives instead pushed writer and producer Tina Fey to spoof her own time as head writer for Saturday Night Live. And the rest, as they say, is history. In addition to writing and directing 30 Rock, Tina Fey also stars as the show’s main character Liz Lemon. Fey stars opposite a wacky cast of characters, which includes mega-star Alec Baldwin, in what can only be described as a classic sitcom chock full of high-brown humor. 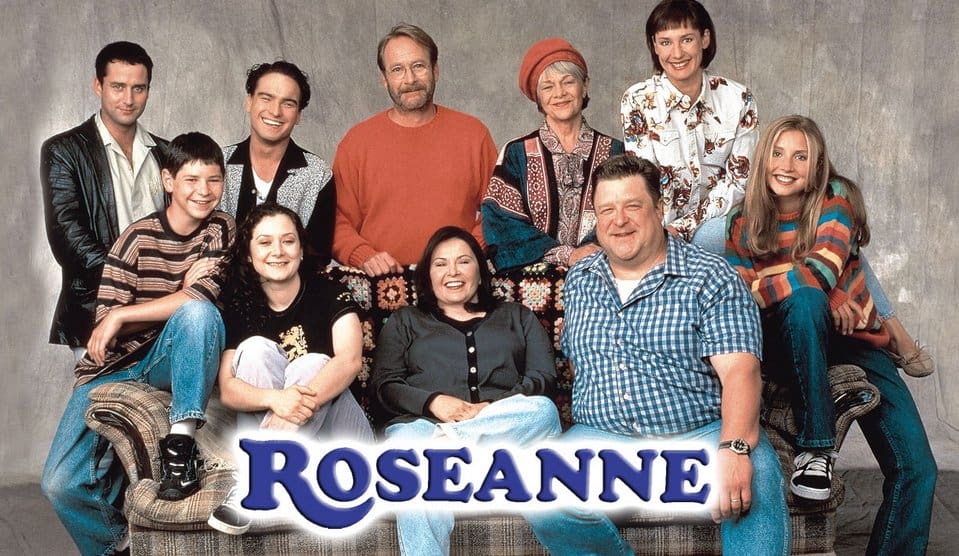 Want a show about a working class family that not only makes you laugh, but isn’t afraid to deal with controversial issues of the day? Then Roseanne is the show for you. Focused on the fictitious Conner family, Roseanne ran from 1988 to 1997, and dealt with a range of issues facing America. The show was designed to explore a family with an outspoken working woman as its lead, and the show delivered in spades by actress Roseanne Barr. 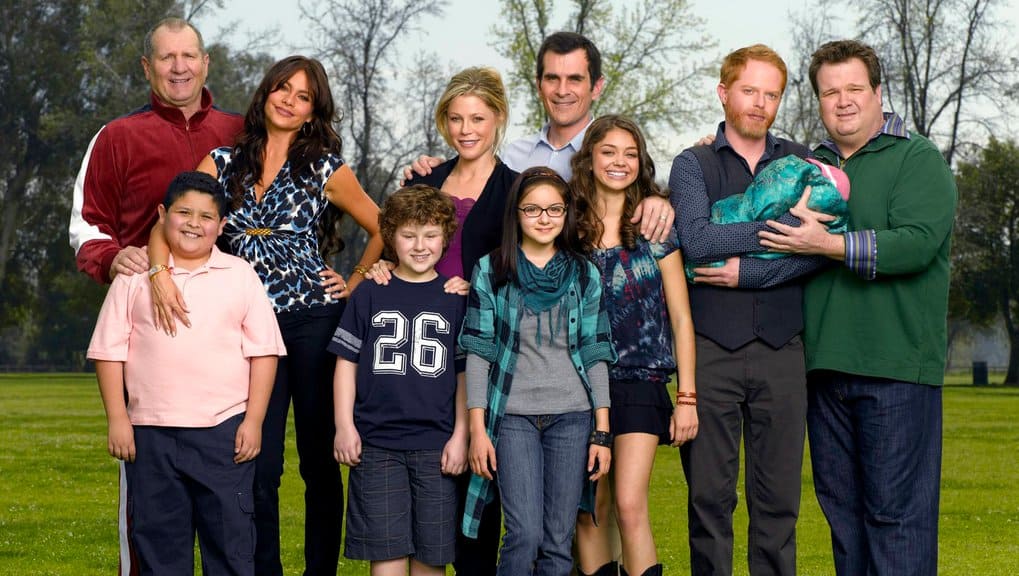 It’s the 21st century, and that calls for a sitcom that has evolved with the times. Enter Modern Family, a sitcom that focuses on not one, not two, but three families that all define what it means to be a “modern family” in America. The show features the comedic talents of Ed O’Neil, Ty Burell, and newcomers such as Sarah Hyland. All three families featured in Modern Family prove that a family is where the heart is. 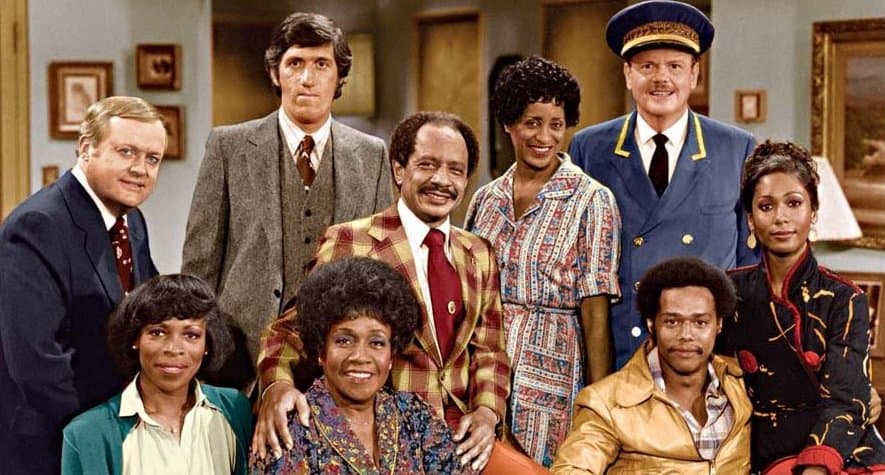 This next top sitcom of all time happens to be a spinoff of another top sitcom. The Jeffersons, a spinoff of All in the Family, lasted a whopping 11 seasons. Focusing on George and Louise Jefferson, an affluent African-American couple living in New York City, and their son Lionel.

In the show, George is a successful owner of a chain of dry-cleaning services that, after spending years building his business, is able to move his family from their working class neighborhood in Queens, NY to a luxury apartment in Manhattan. The Jeffersons became a timeless classic that millions of Americans enjoyed for over a decade.

All In The Family 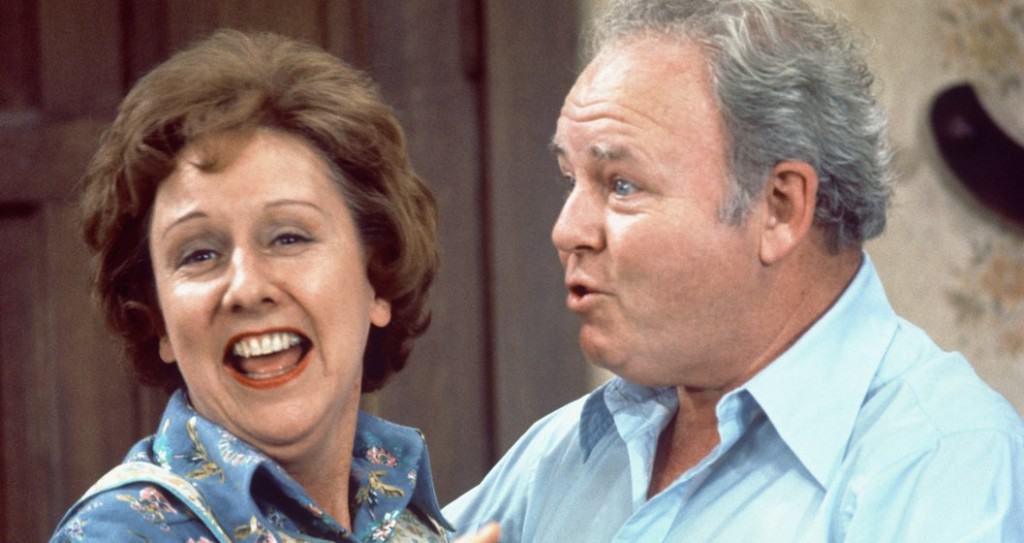 We all have a memory of a favorite All In The Family episode. The show, which ran throughout much of the 1970’s, focuses on Archie Bunker as played by Carroll O’Connor. Archie is a blue-collar resident of Queens, New York, who is comedically myopic in his world view and opinions of others. What makes the show all the better is that his wife, Edith, is a sweet good-natured woman that would do anything for anyone. And don’t forget the show’s timeless theme song, which featured those immortal words: “Those were the days!” 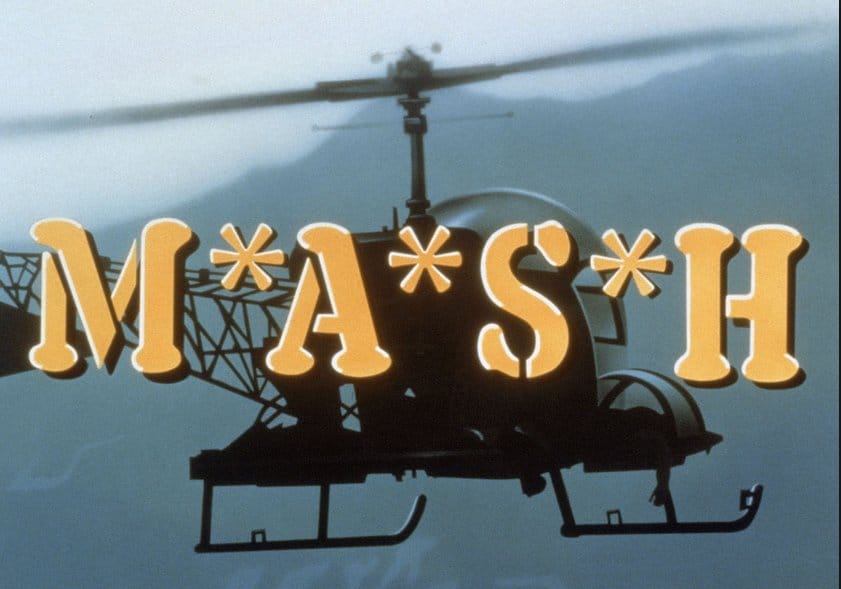 This next sitcom’s very existence requires that it not shy away from one of the most controversial events in American history: The Vietnam War. Specifically, M*A*S*H centers around a military medical unit on the front lines of the Vietnam War. Interestingly, the show was born out of a movie of the same name and shares the theme song “Suicide is Painless” with the film. The show took a very difficult scenario and balanced it beautifully with comedy. Is it any wonder M*A*S*H founds its way onto this list? 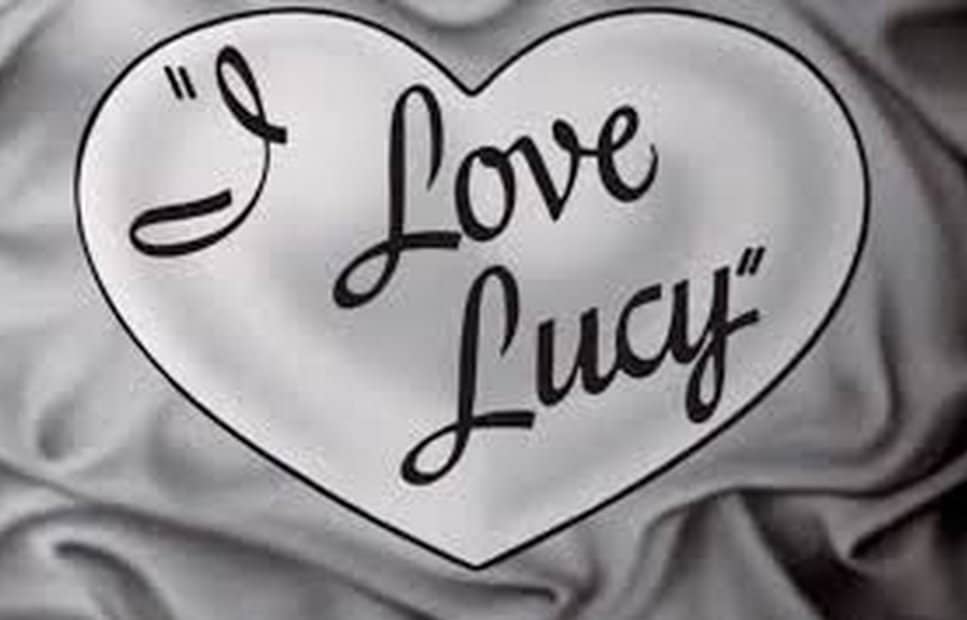 When we think of sitcoms, we think of I Love Lucy. Fueled by the antics of actress Lucille Ball, fictional Lucy and her no-nonsense Cuban-American husband Ricky are still making millions laugh via reruns and DVD sales to this day. Though it only ran for 6 short seasons, it was the number one rated show in America for four of them, leading many critics to rank it among the top sitcoms of all time. In 2012 it was voted the ‘Best TV Show of All Time‘ in a survey conducted by ABC News and People Magazine. 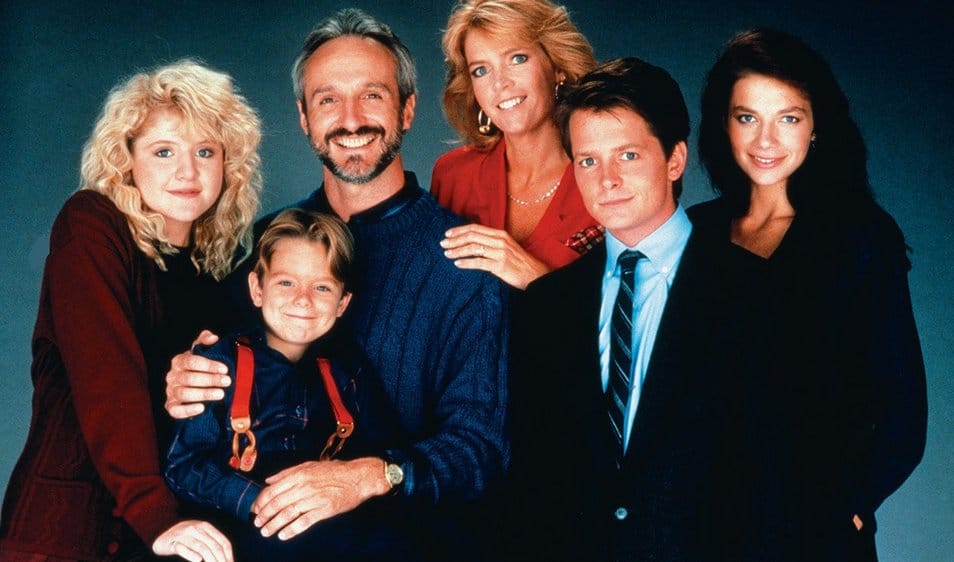 Family Ties takes place in suburban Columbus, OH, during the 1980’s, and features Steven and Elyse Keaton. The Keatons are baby-boomer children of the 1960’s and former “hippies”. Now parents themselves, they are raising their three children: Alex (played by a young Michael J. Fox), Mallory and Jennifer. Family Ties focused specifically on the cultural divide between those growing up in the 1980’s and their parents that grew up in the counterculture of the 1960’s. This natural tension made for great television, which is why Family Ties is easily one of the top sitcoms of all time. 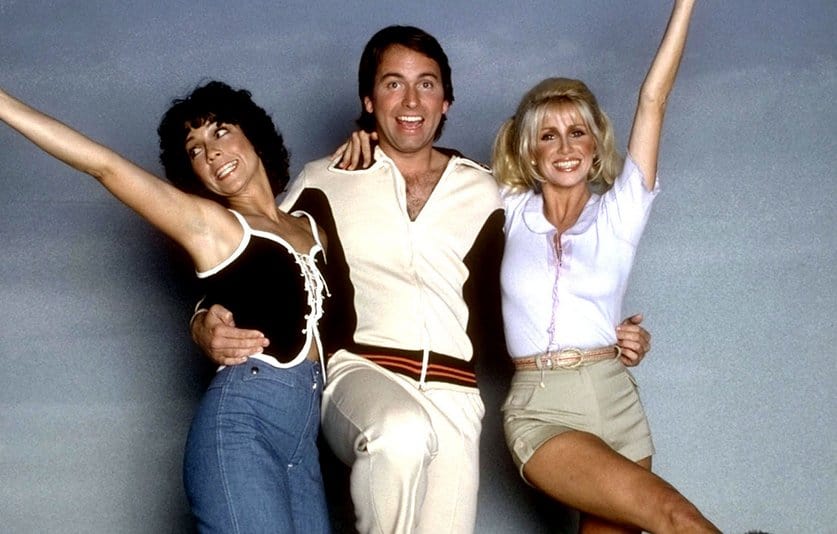 Come and knock on our door – to learn about this great American sitcom! Show’s like Friends can trace their roots back to Three’s Company, the typical American sitcom featuring an ensemble cast centered in hilarious situations. Starring John Ritter, Suzanne Somers, and Janet Wood, playing three strictly platonic roommates living in Santa Monica, CA, overseen by a fidgety landlord and a supporting cast of characters. The show found the roommates in hilarious situations on a regular basis and instantly became a classic sitcom. 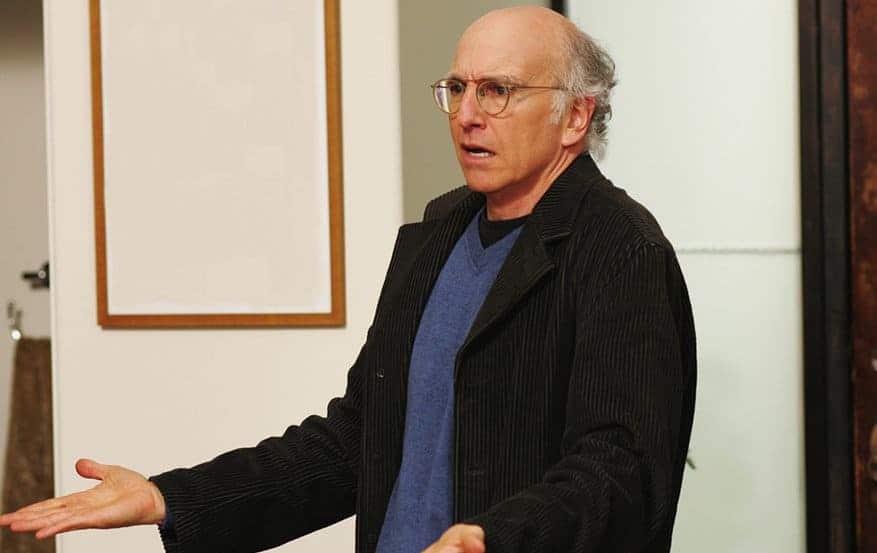 What would of happened if Seinfeld didn’t have a script? We have the answer, and it is Curb Your Enthusiasm. Seinfeld co-creator, Larry David, put this sitcom together in what can only be described as an eight season masterpiece. The best part? It is completely improvised. David plays a spoof of himself in the show: a semi-retired writer living in LA trying to make sense of the world. Definitely worth your time if you were a fan of televisions’ Seinfeld or simply love a good sitcom.

Everyone loved Married with Children. In the show, actor Ed O’Neill plays an ex-high school football great — Ed Bundy, married to a big haired and sassy Peggy Bundy, played by Katey Sagal. They have two children, Kelly and Bud and the show focuses mostly on Ed’s ill-fated schemes at making a buck. A classic that practically everyone enjoyed throughout its 11 season run. 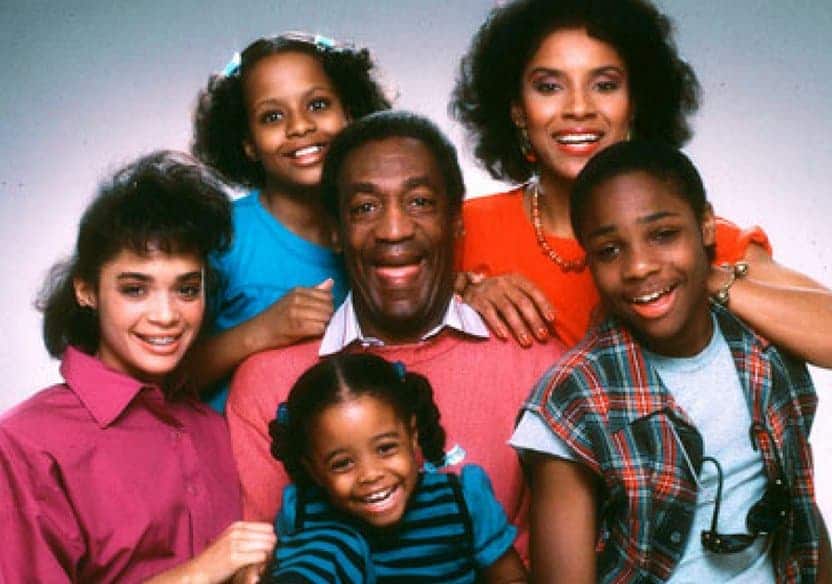 If not one of the best, The Cosby Show was at least one of the most beloved American sitcoms of the 1980’s. Not only did it make America laugh, but it won multiple awards (including two Emmy’s) while doing it. Starring comedian Bill Cosby, the show not only dealt with a close knit family and their lives, but major issues of the day like teen pregnancy. The moral of the story? If a sitcom can handle serious subjects but do it with heart and an occasional smile, you have the makings of a timeless classic. 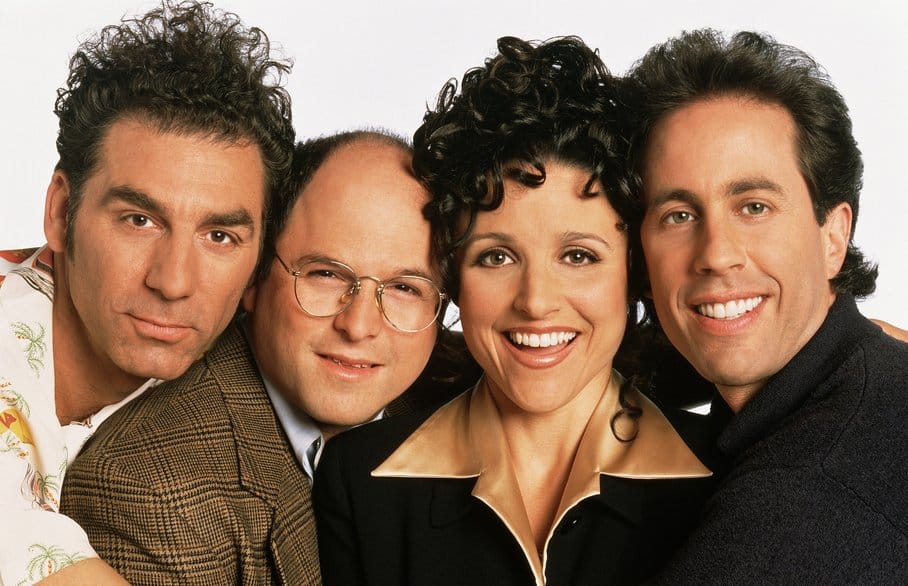 Yes, the “show about nothing” really was THAT good. The absurd exploits of the main characters, Jerry, Elaine, George, and Kramer were actually based on real-life experiences of the shows writers. Seinfeld was also full of pop culture references and accurately captured 90’s America. The dual brainchild of Jerry Seinfeld and Larry David, Seinfeld ran for 9 seasons and developed such a following that reruns continue to this day. 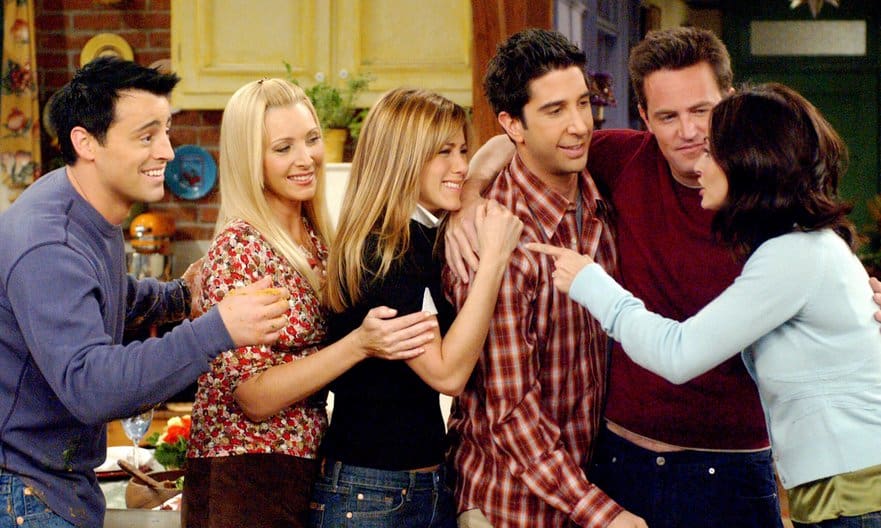 The theme song, the coffee shop, the city, the Friends. This show had it all. Borrowing from countless sitcoms of the past, including Three’s Company, Friends captured the hearts and minds of millions throughout the 1990’s and early 2000’s. Starring an ensemble cast of 6 individuals trying to make it in New York, the show focused on each of the main characters’ professional and romantic lives in a comedic fashion. Throughout its tun the show received 62 Emmy nominations and was ranked as one of the best written shows of all time by the Writers Guild of America. 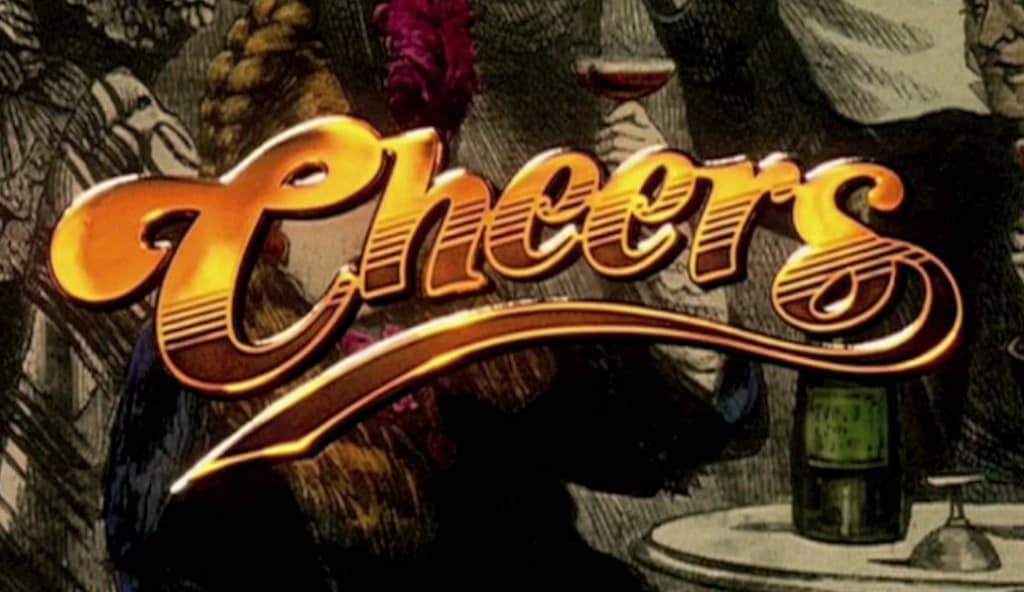 The sitcom Cheers is easily one of the greatest sitcoms of all time. Running for 11 seasons, it won 28 Emmy’s, and did it all from a set that was primarily the front room of a bar appropriately named Cheers. The show starred Ted Danson as bar owner and former baseball player for the Boston Red Sex, as well as an ensemble case of hilarious characters. Cheers also led to a spin-off of another great American sitcom, named for a regular character on the show: Dr. Frasier Crane. 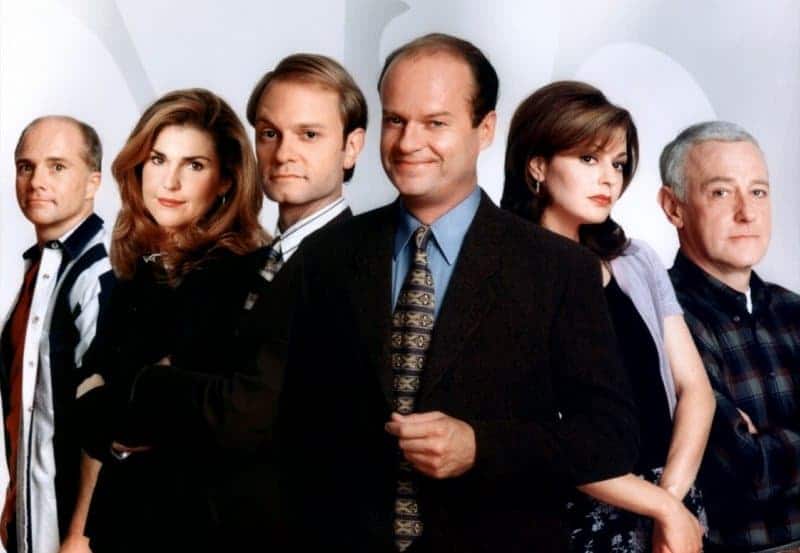 It’s not just a coincidence that Frasier happens to be a spin-off of another top sitcom on this list, Cheers. Both shows featured brilliant writing, high brow humor, and of course Kelsey Grammer as radio psychiatrist Dr. Frasier Crane. Surrounded by his brother Niles and their every-man father Martin Crane, the show centers around the lives of these three men after Frasier moves from the city of Boston, where he frequented the bar “Cheers”, to start over again in his hometown of Seattle. Frasier ran for an award winning 11 seasons and became an instant classic the second it concluded in 2004.