The reason why fast food restaurants do so well is because it is a cheap, easy and quick way to grab a bite to eat. A lot of people that go there are in a rush and don’t have much time before heading back to work or to school. While we may be in a rush to get our food, that does not mean we don’t want the workers to actually finish our orders! These are 20 fast food fails where the workers just didn’t even seem to try when making the food! 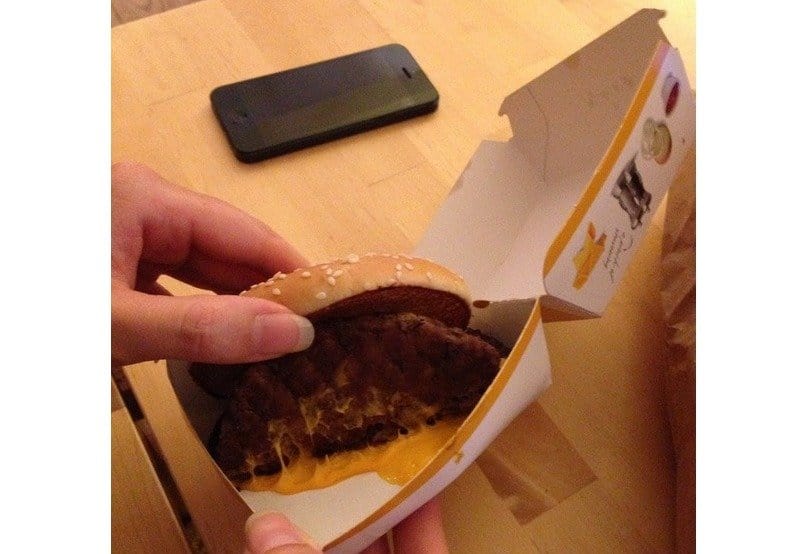 When we order a burger, we expect it to have two buns. However, this restaurant must have had a shortage of buns and made do with what they had! 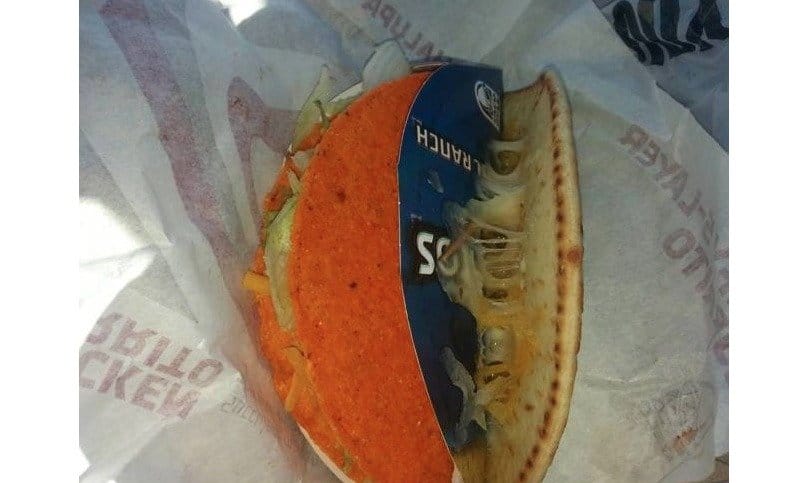 Double Decker Tacos are a menu item at Taco Bell, but the worker is supposed to put a hard shell taco inside of a soft shell, but without the cardboard container for the hard shell taco! Someone did not think this one through when making this order. 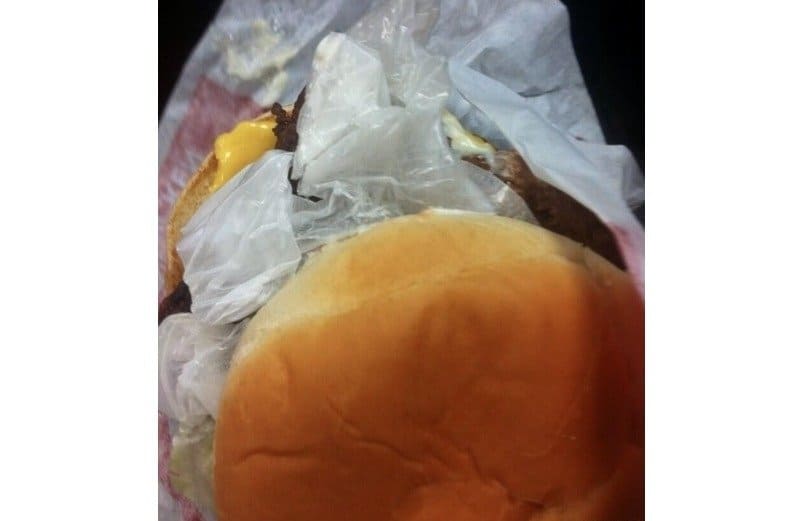 The workers are supposed to be wearing the latex gloves while making your food, not putting them in the actual sandwich! How did they not notice that glove before wrapping it up? 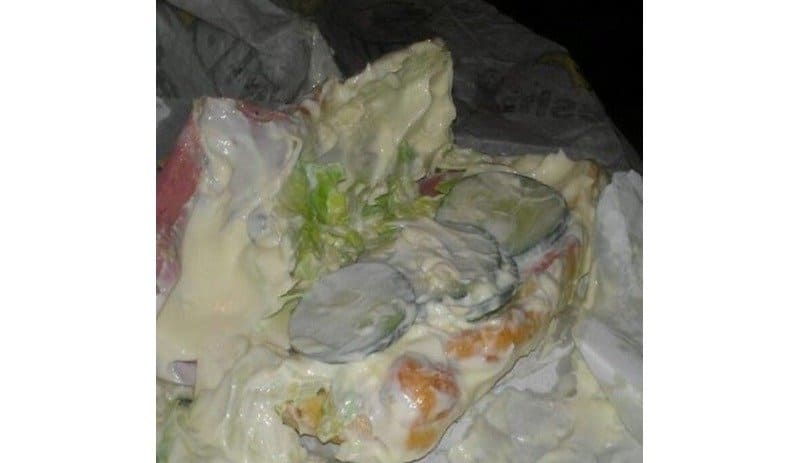 It looks like this Subway worker went a little crazy when the customer asked for extra mayo. No one can even eat this sandwich and there seems to be nothing fresh about it. 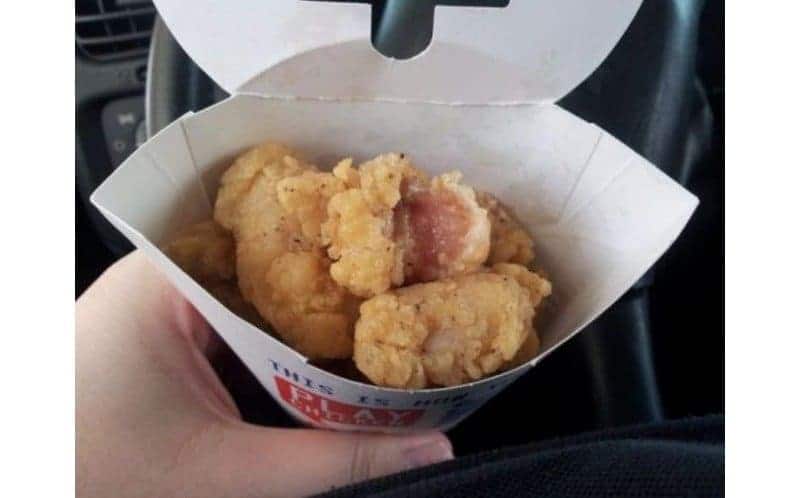 There must have been a long lineup in the drive thru, as this place just skipped cooking the chicken nuggets all together and served them raw! Aren’t there timers when putting the food in the deep fryers? 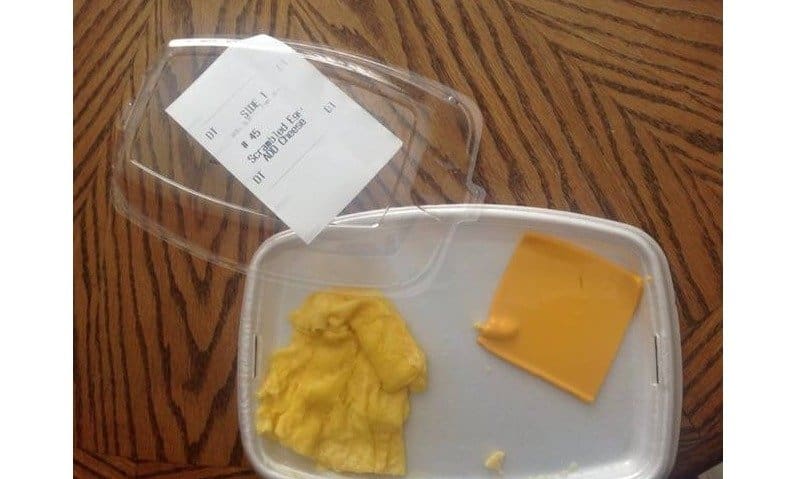 This customer made a simple request: add cheese to their scrambled eggs. They probably wanted the cheese on the eggs and not on the side though! 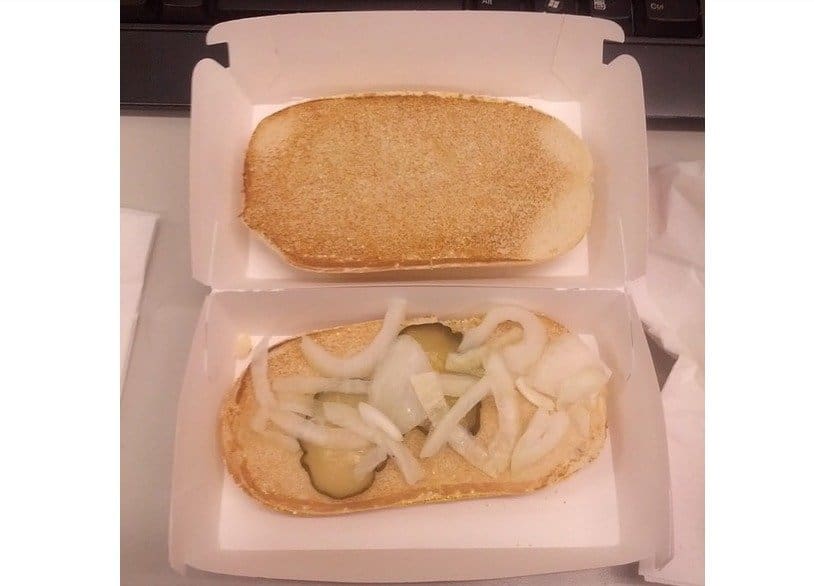 We don’t think anyone orders the McRib minus the McRib! The whole point of the sandwich is the meat, but not for this person. 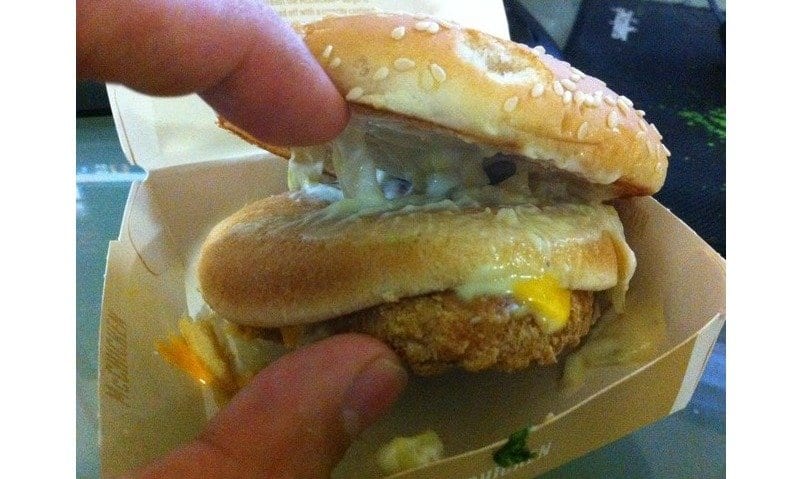 Buns can be tricky, right? This worker got confused on what way the buns go, so they just put them together and put the meat on the other side. 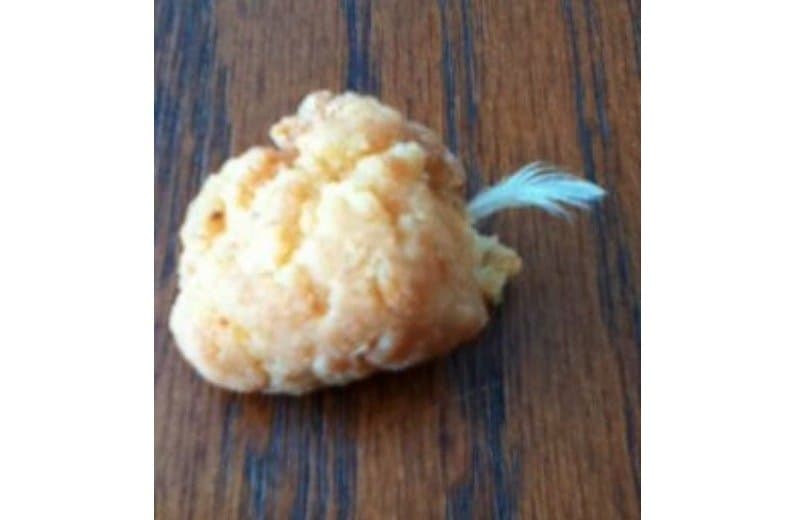 You know chicken is fresh when it still contains feathers! It’s not really possible for the feather to go in the deep fryer and come out looking like that, so how did this happen? 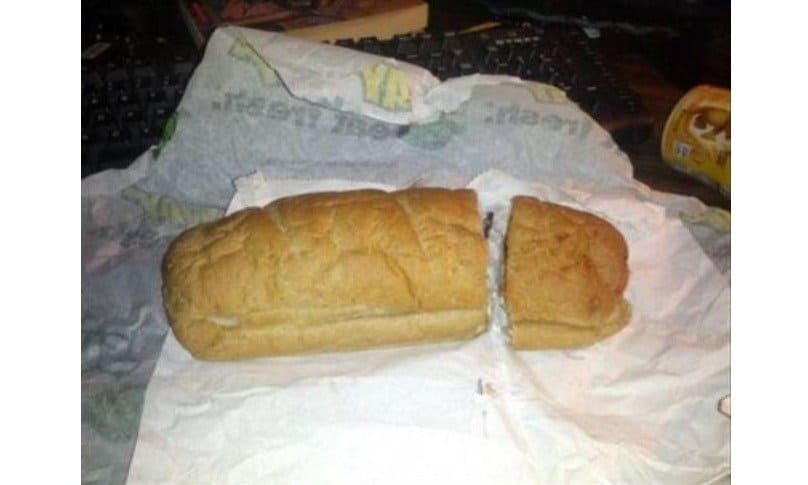 Usually the workers at Subway will cut your sandwich in half, but this worker was a little off that day. Unless they were cutting it into quarters, this is terrible. 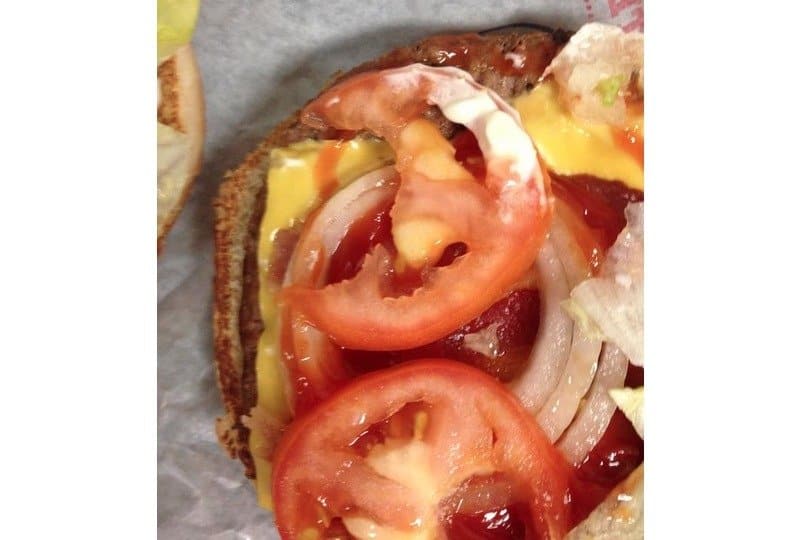 This fast food restaurant wanted to make sure they were giving out fresh food, so they were just testing the tomatoes before serving them. However, they should not give customers the slices they have already tested! 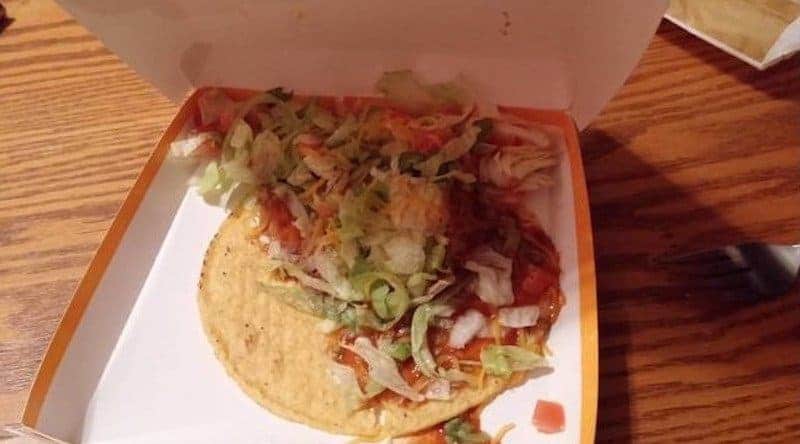 This could be blamed on sliding around in the box, but half of the tostada is missing sauce, so that can’t be it. This worker just threw everything into the box and called it good. 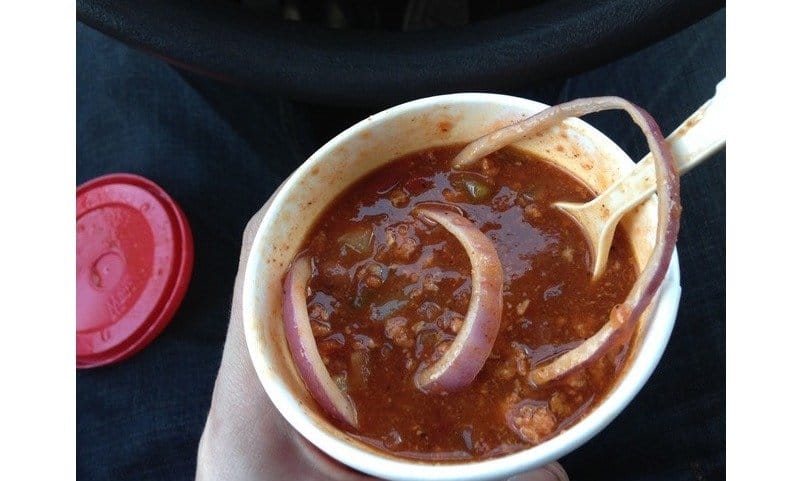 When this customer asked for extra onions in their chili, they probably weren’t expecting it to come like this. The worker could have put a little effort into it and cut them up. 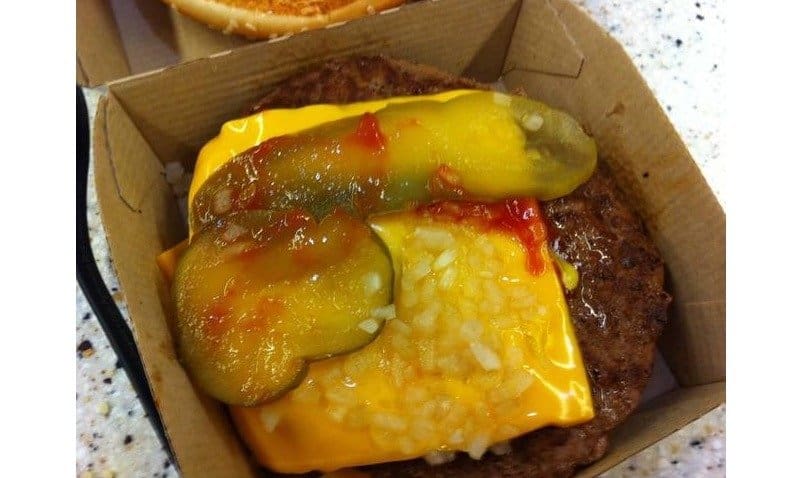 Well, this worker had something on their mind when making this cheeseburger. 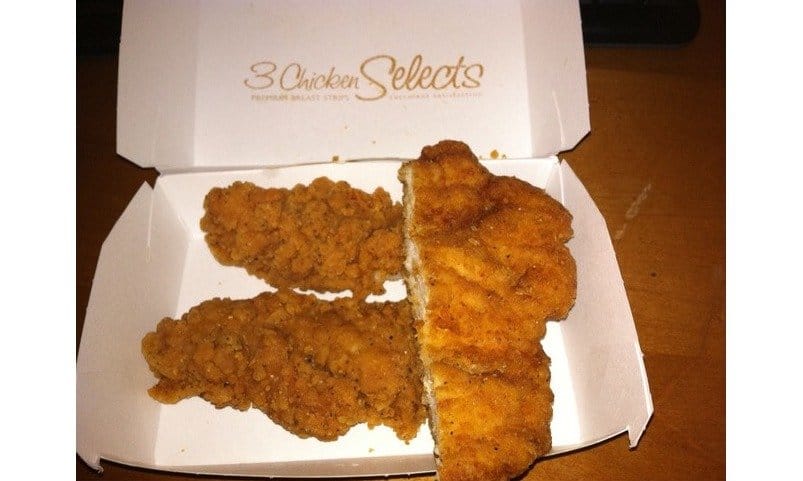 It looks like this fast food restaurant was running low on chicken fingers, so they just decided to cut up a chicken patty and see if that would pass the test. Did the worker not think the customer would notice? 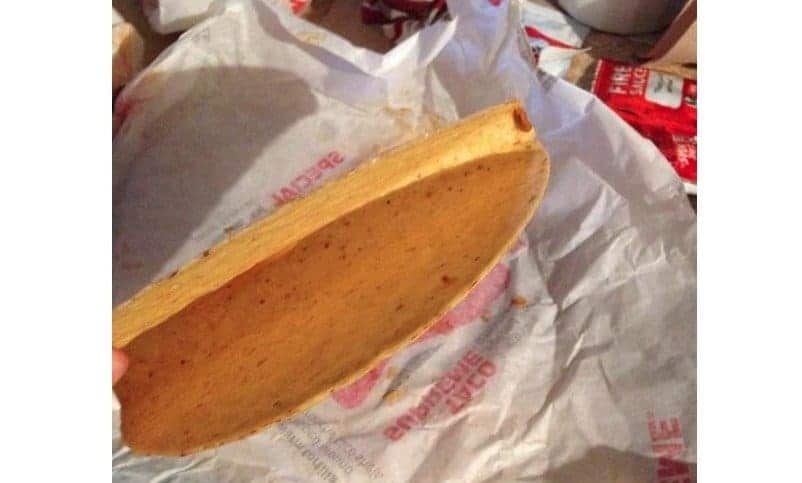 We’ve never gone to Taco Bell and ordered a taco and told them to hold everything! This person got their taco and unwrapped it only to find nothing inside the shell. 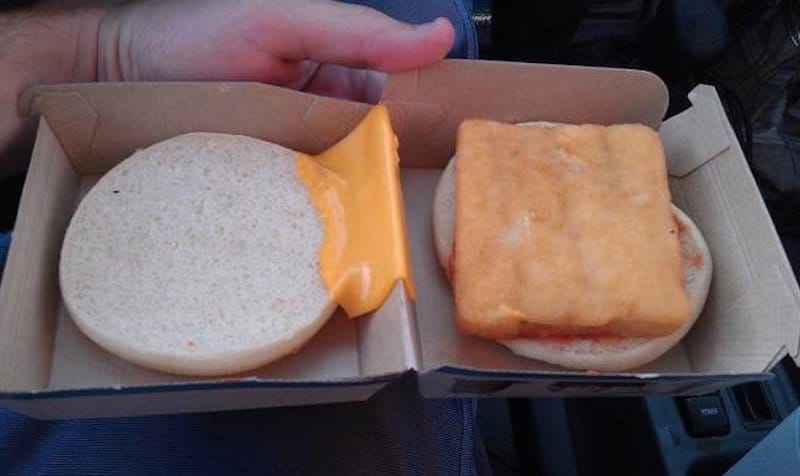 This worker didn’t even try with that cheese! Usually the cheese goes on top of the fish, but not at this McDonald’s. We wonder how the cardboard tastes with cheese on it? 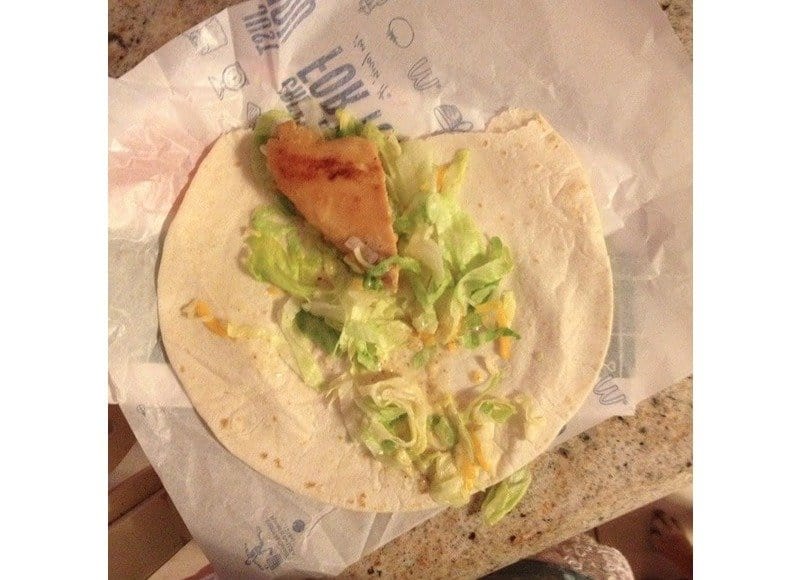 This chicken wrap is missing some of the chicken. Everything else is there, but we are thinking there is supposed to be more than one piece of chicken inside. 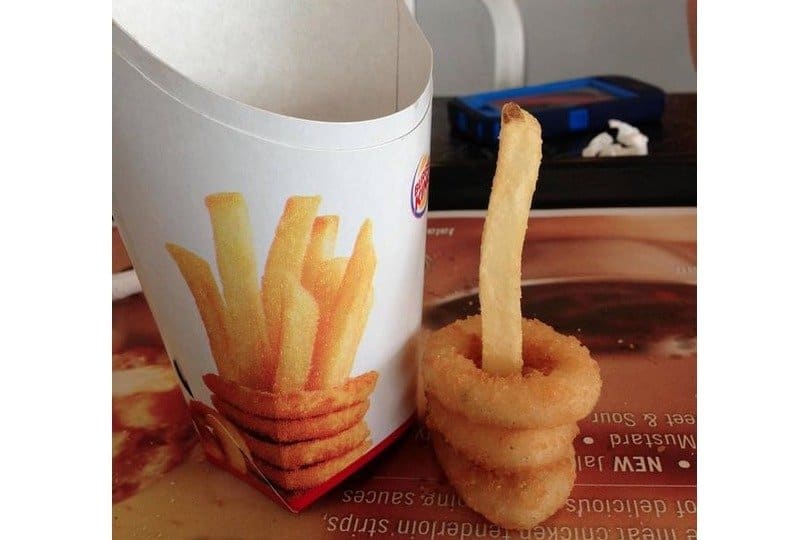 Advertisements always make the actual product look better and this is proof. So many onion rings and fries in that ad, but this is what the customer actually got! 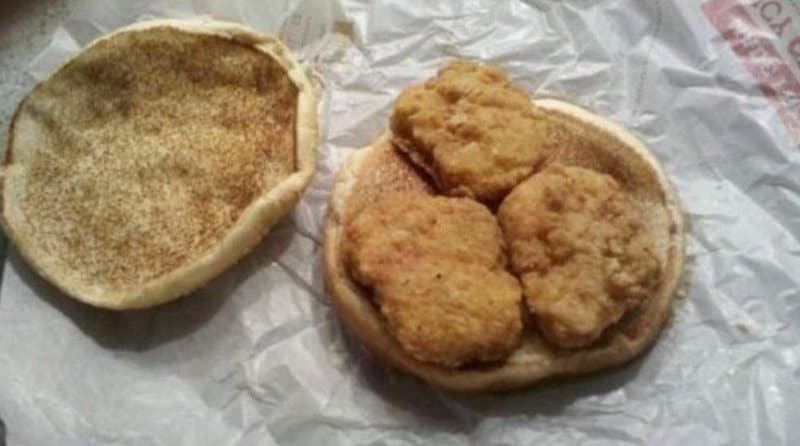 You have to give props to the worker for thinking on their feet, as they ran out of chicken patties and used the next best thing. Hey, at least they didn’t slap a burger on there and try to pass it off for chicken.