Because their menu items are already so addictive, there seems to be no end to what some fast food chains will do to try and entice their customers back in front of cash registers on a more regular basis. Whether its making crazy Frankenstein concoctions of two different kinds of food or overreaching their creative license by imagining something wildly new, there looks to be no level too low to which some of these companies will stoop. Some people like to say that you can never have too much of a good thing… well, those people have clearly never heard of these little culinary gems that not only seem designed to destroy your health but also appear to be just downright nasty. 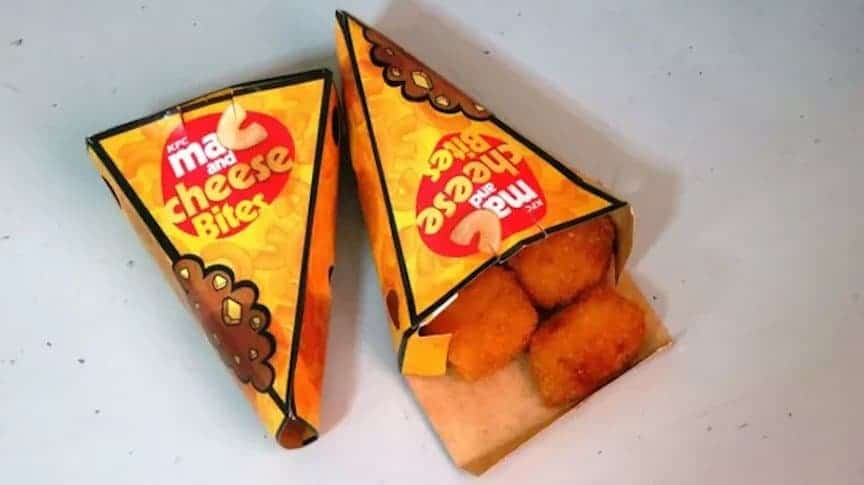 Part of being a fast food restaurant is making your food more convenient, but sometimes that comes at the cost of the customer’s health. Available in the Philippines, these little treats might look good but they are also very likely every nutritionist’s worst nightmare. 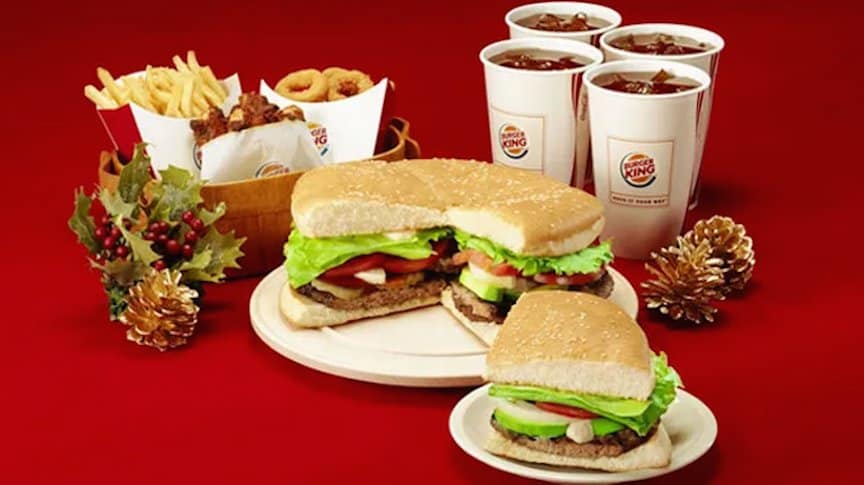 While this menu item is only served at the BK Whopper Bar in New York City, it doesn’t make it any less terrifying. With four whopper patties on a gigantic bun, its supposed to be the new thing for family dining – but you know how hungry some American are. Let’s just hope the meal comes with the number for a good cardiologist. 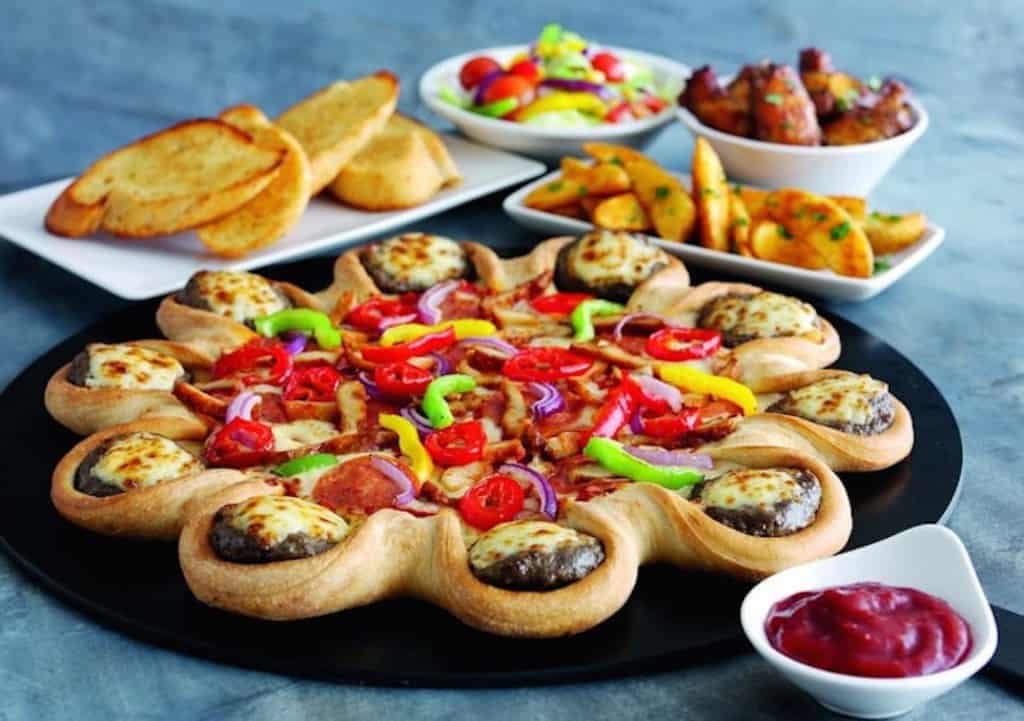 Never was there a more perfect mash-up of foods for people who can’t choose between two classic junk foods. Perhaps it might be tasty, but the risk it brings to your well-being begs the question: is it worth the taste to eat it? 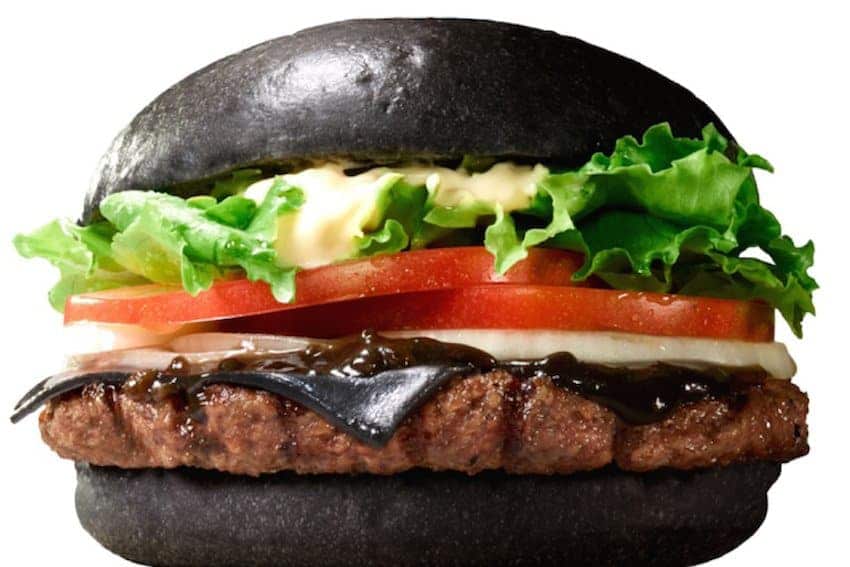 Even though it probably tastes relatively normal, the Kuro Burger, found only in Japan, is certainly a culinary curiosity. Not only does it have a black bun but also cheese colored black with bamboo charcoal and ketchup colored black with squid ink. 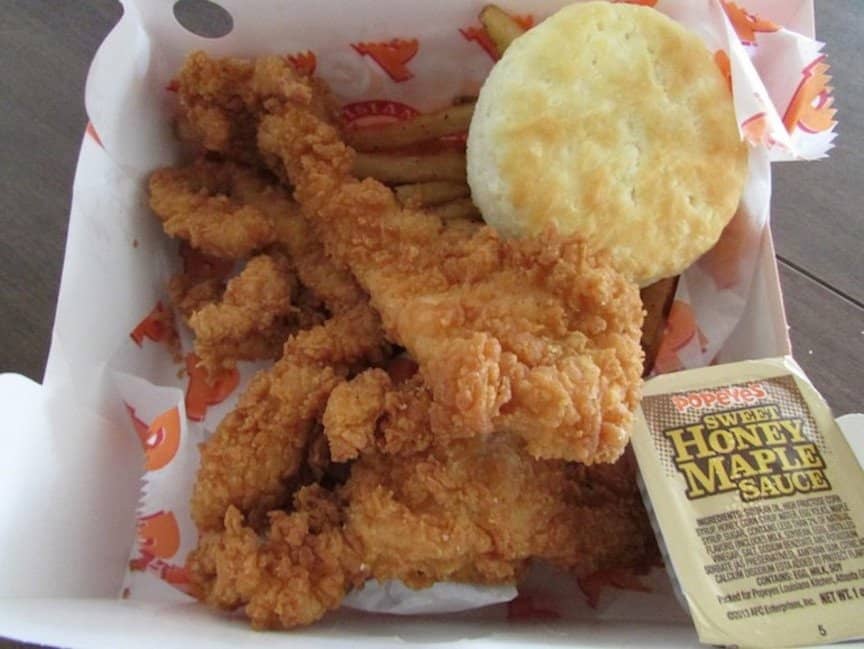 When it comes to deep frying things, it is a bit hard to makes things either better or worse for your health, but Popeye’s seems be trying to achieve the latter. Chicken tenders deep fried in waffle batter could very well be the next cigarettes. 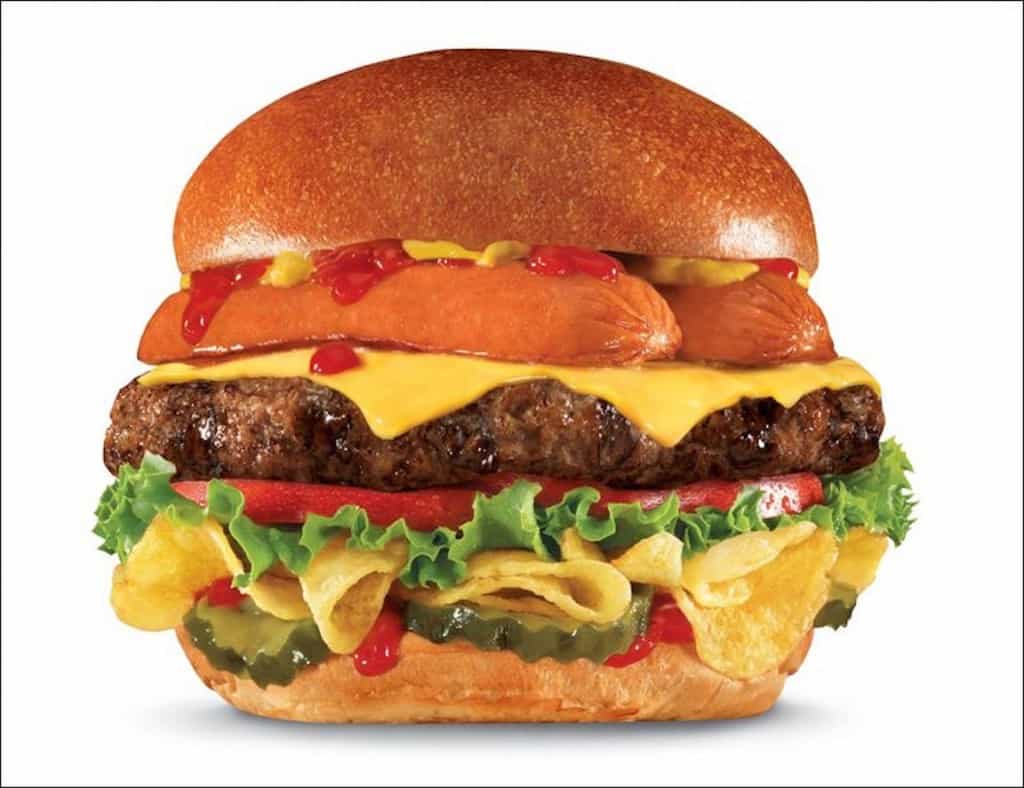 While the traditional burger toppings like lettuce, tomato, and cheese are enough for the average person, Carl’s Jr./Hardee’s felt the urge to take the classic dish to the next step. This half-pound burger also includes a whole sliced up hot dog and potato chips in addition to everything else and clocks in at around 1,030 calories. While their commercials are funny, Sonic always seemed to have trouble making food that is simultaneously interesting and appetizing. While adding candy to an already sugary drink may sound fun, you’d likely regret it once you tried it. 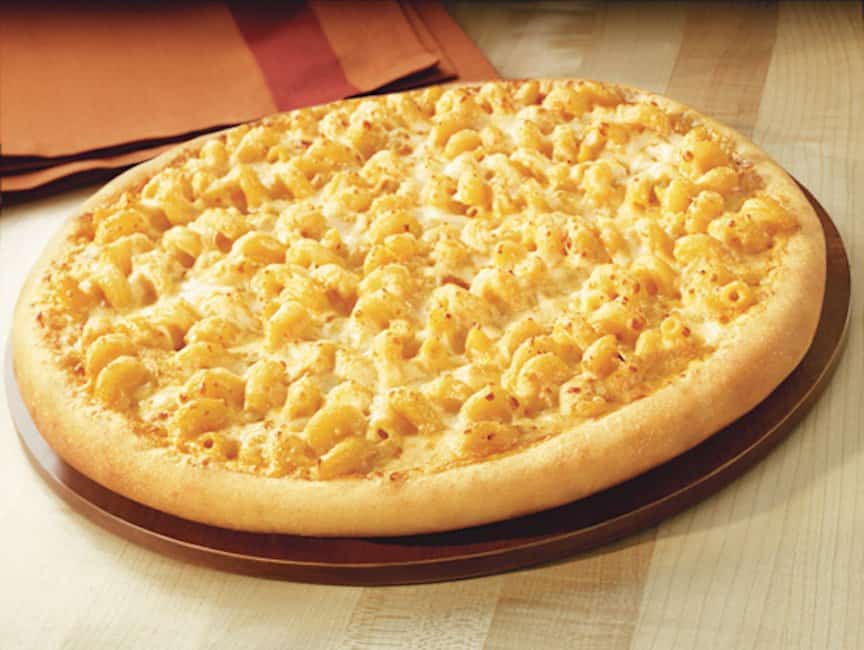 Macaroni and cheese and pizza are two kinds of food that just about everyone loves. But what happens when you use the former as a topping on the latter – a possible heart attack with a side of gastric distress. 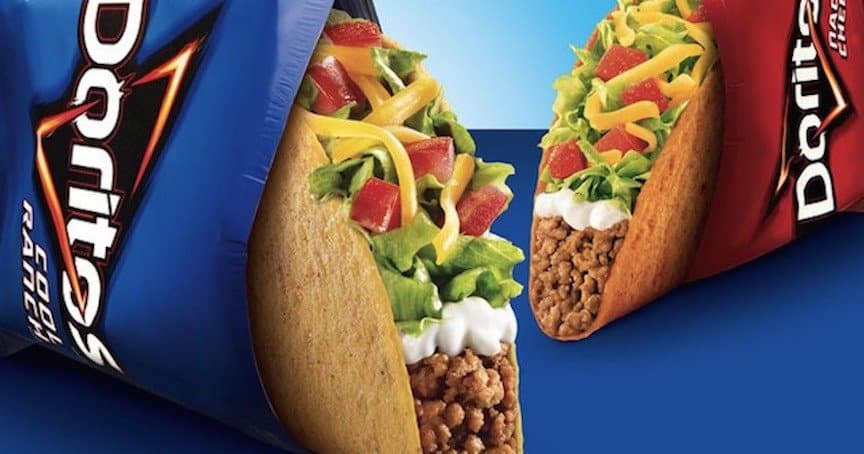 What a perfect name for such a creation – a taco with a giant Dorito for a shell. As creative as it sounds, the question is do they really need to make its food anymore dangerous to the public’s health? It appears as though they don’t care. If you have ever tasted a Cinnabon then you already know of their mystically delicious and addictive powers, so it stands to reason that they would try to grow from their signature menu item. Unfortunately, the Pizzabon wasn’t even near the same level as its sweet counterpart. 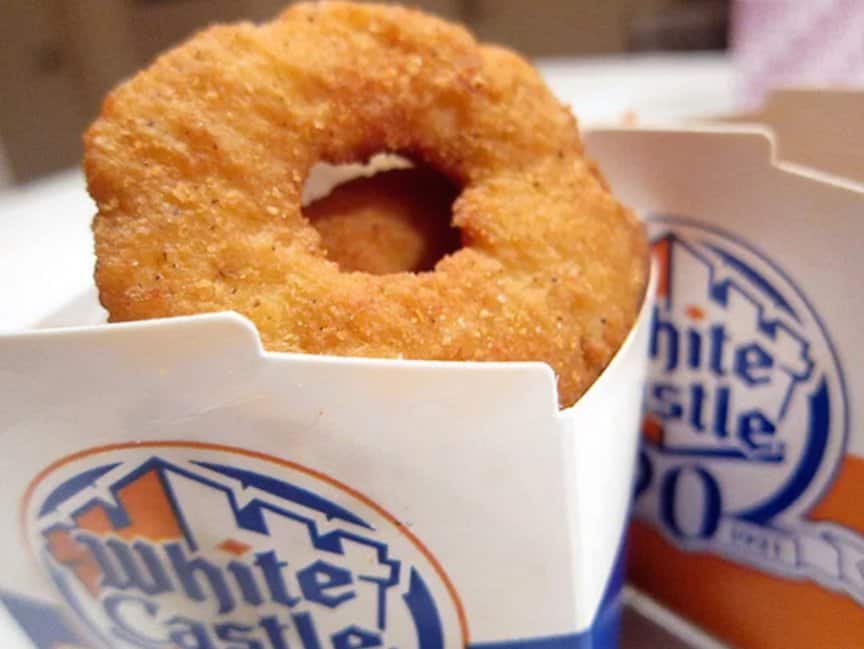 It is a truth universally acknowledged that donuts are delicious, but just because a food item is in the shape of a donut doesn’t make it tastier. The infamous restaurant’s attempt to combine the chicken tender and what is supposed to be an onion ring is just downright pathetic. 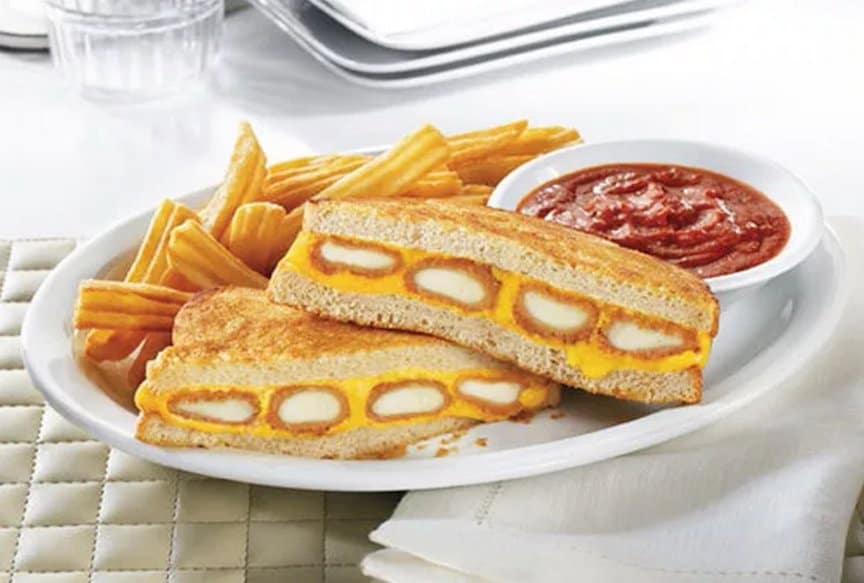 Grilled cheese is a wonderful sandwich that you couldn’t make better even if you wanted to – but Denny’s sure did try. But the addition of fried pieces of cheese inside the sandwich just made it way too much. 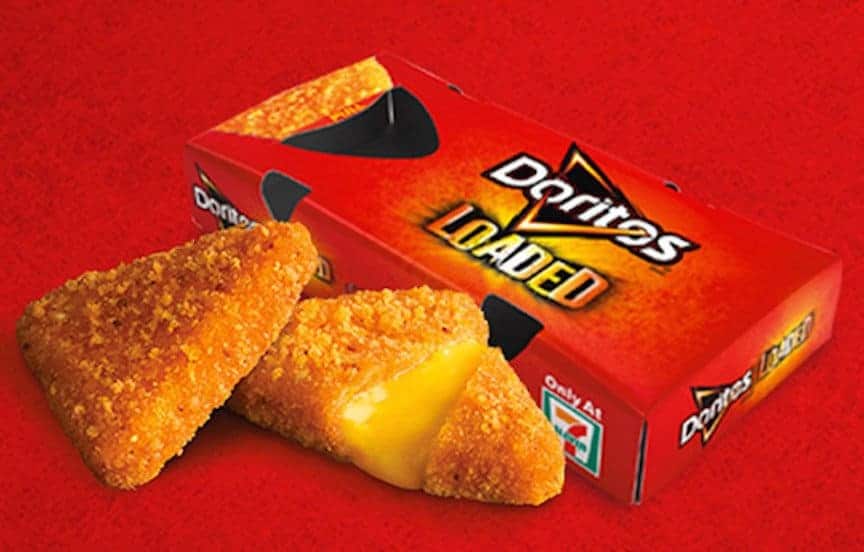 Granted gas stations aren’t the paragons of healthy eating, but sometimes things get taken a little too far. Leading example: cheese fried inside a Doritos crust. What is the world coming to? 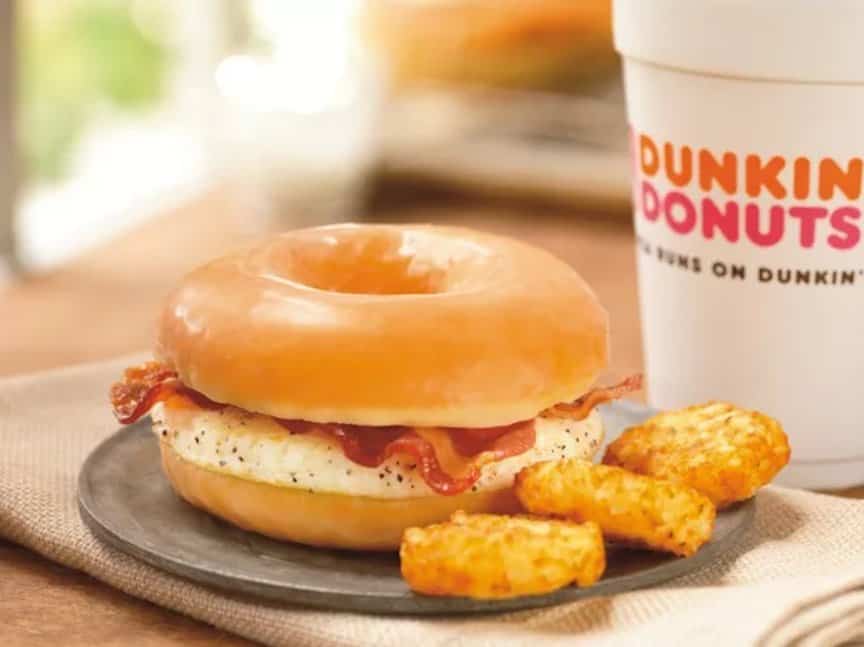 A bacon and egg sandwich is a great choice for your first meal of the day, but then again a lovely glazed donut is super satisfying too. As such, Dunkin’ Donuts thought combining these two breakfast favorites was a great idea – they were so wrong. 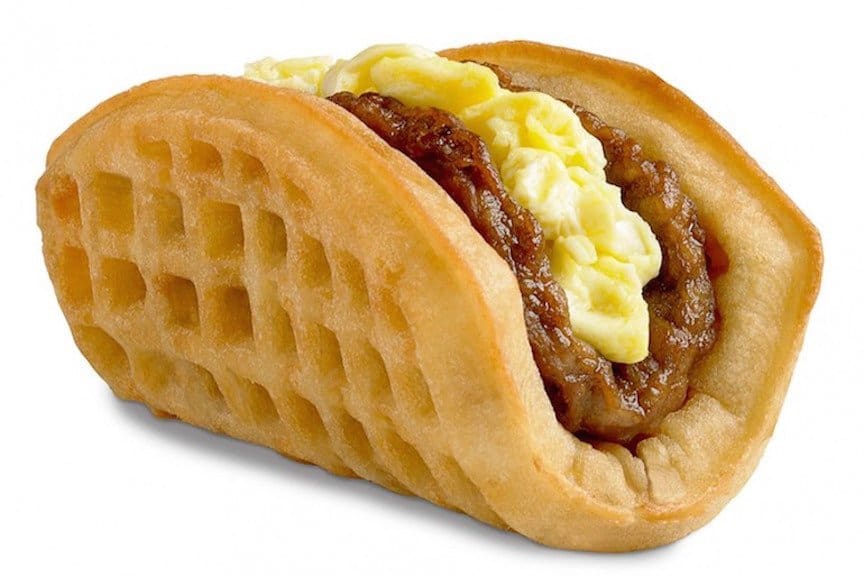 Taco Bell has been hard at work trying to make their foray into serving breakfast food seem legitimate, but this item inspires little faith. Sweet and savory can work together well sometimes – but this isn’t one of those times. 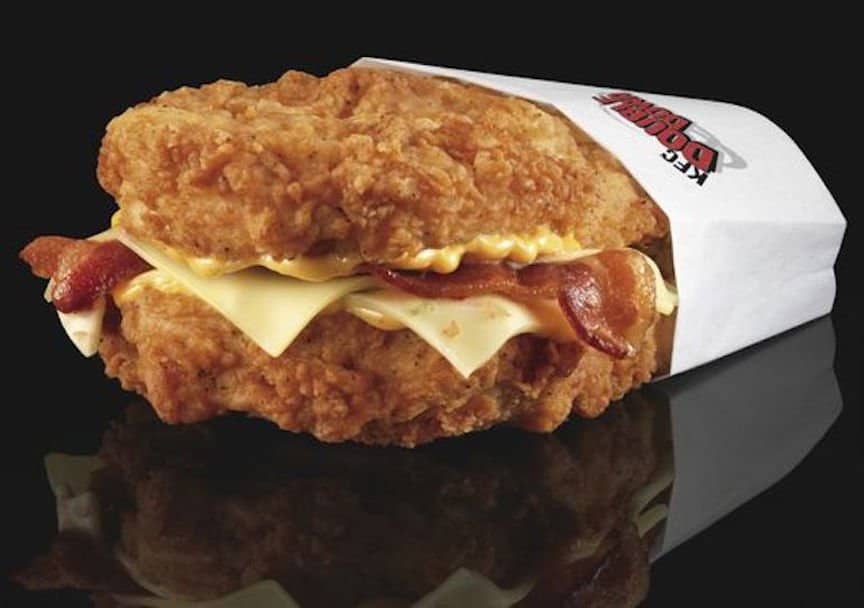 At one point, there was no way you could make a chicken sandwich from KFC any more fattening – but that was until thy replaced the bread with two pieces of fried chicken. The crazy thing is that even though it is plainly gross, people are calling to make it a regular menu item. Sadly, it isn’t as nasty as… 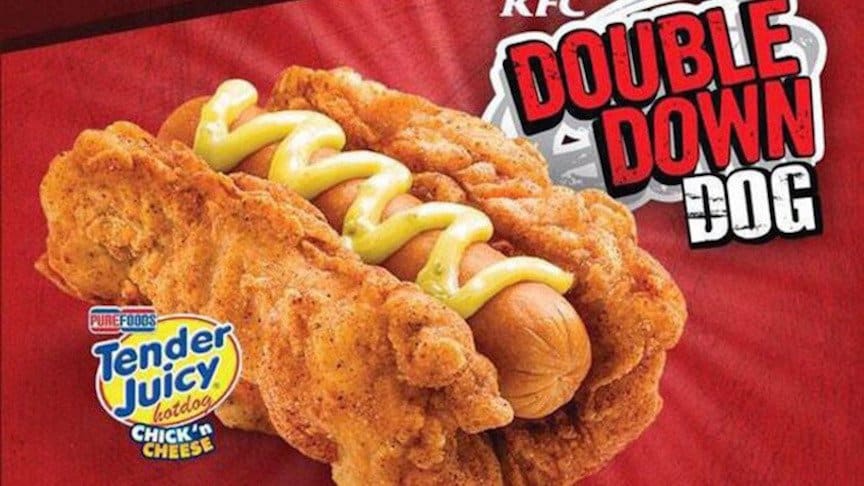 The hotdog never seemed like such an awful alternative to anything until now. A piece of folded fried chicken in lieu of a hotdog bun – its almost too disgusting to comprehend. Here’s hoping it comes with a surgeon general’s warning.

Plenty of pizza chains have experimented with different kinds of crusts, but this one blurs the line of good taste. It appears that for some people enough just isn’t enough, and yet for other people… 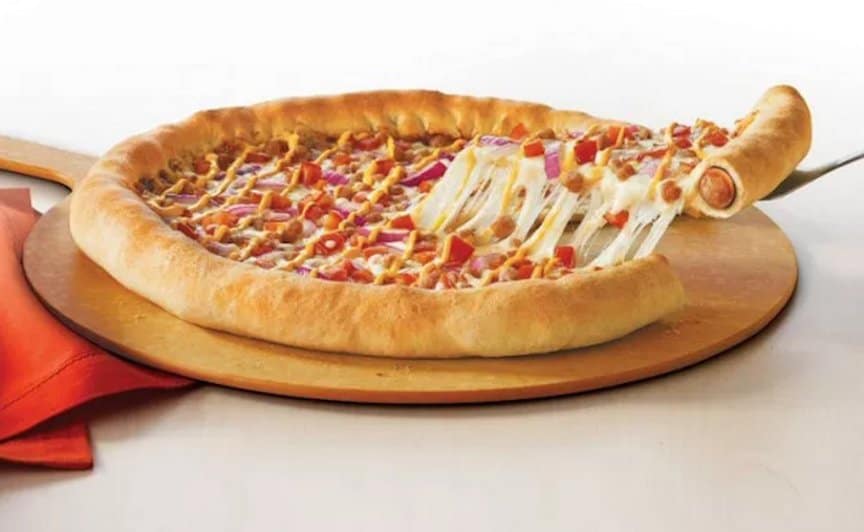 The phrase “best of both worlds” can be applied to a lot of things, but this new Pizza Hut pizza is not one of them. It is so bizarre and off-putting it is almost funny. 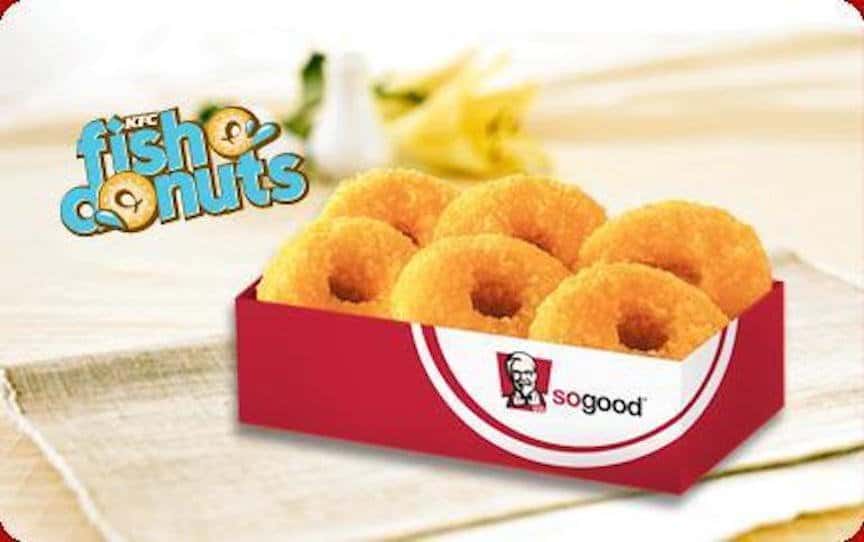 If this one is making you do a double take, then you’re not alone. A donut made of fish – geez, KFC, what were you thinking?!