20 Fact-Based Movies That Got The Facts Wrong

Since the moving picture was invented, films have been informing the lives and beliefs of people around the world. Even though you can get the same information from a book, movies are not only easier and quicker to process but they are generally far more entertaining. Nowadays, when a child is supposed to read a book for English class or study for a history test, they tend to skip the classic studying methods and jump straight for their film counterparts. What a lot of people probably don’t realize is that so many of these “true stories” are only somewhat accurate. Here are just a few film plots you’ve been wrongly touting as truth all along.

Nanook of the North 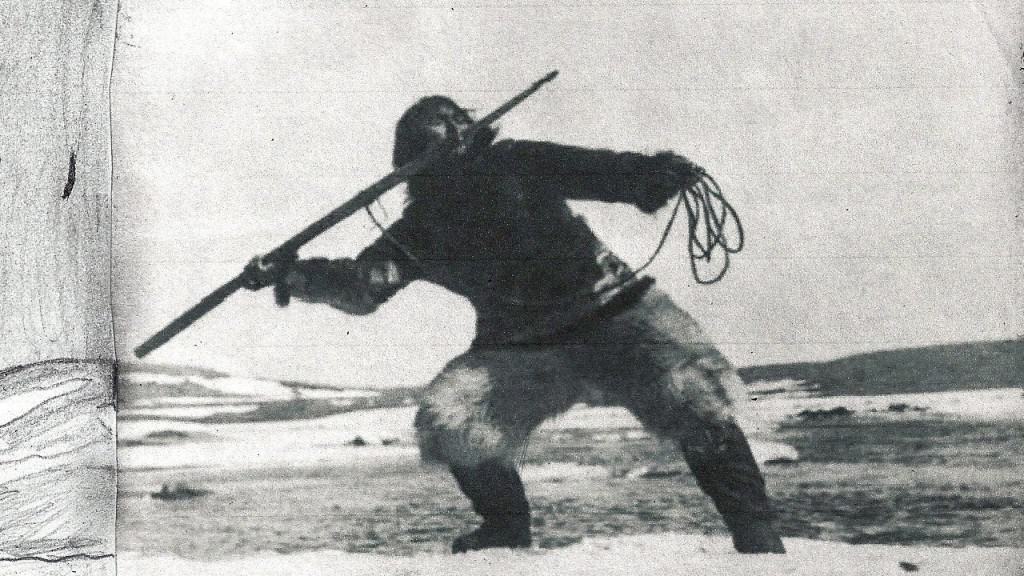 The 1922 film Nanook of the North is about an Eskimo family living in the Canadian arctic and was widely considered the grandfather of modern documentary filmmaking. What most people didn’t find out until years later was filmmaker Robert Flaherty made the whole thing up. Nanook’s real name was Allakariallak; his “wives” were actually Flaherty’s; and despite that the Eskimos of that time hunted with rifles and lived in houses, Flaherty had them build igloos and hunt with harpoons — just for the film. 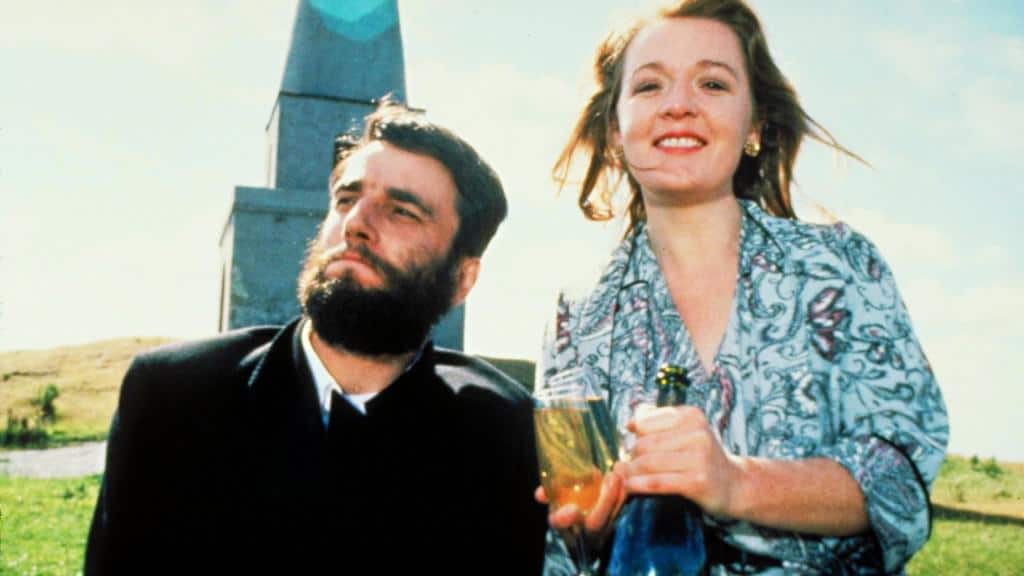 The highly acclaimed film My Left Foot, which won Daniel Day-Lewis his first Oscar, was based on the life of cerebral palsy stricken artist and author Christy Brown and his nurse, Mary Carr. While the film ends with Brown and Carr living happily ever after, the real Mary Carr was an alcoholic and a prostitute. Most nights she would leave Brown alone to go out partying, which led to the depression that led to his failure as an author and eventually his death at 49. 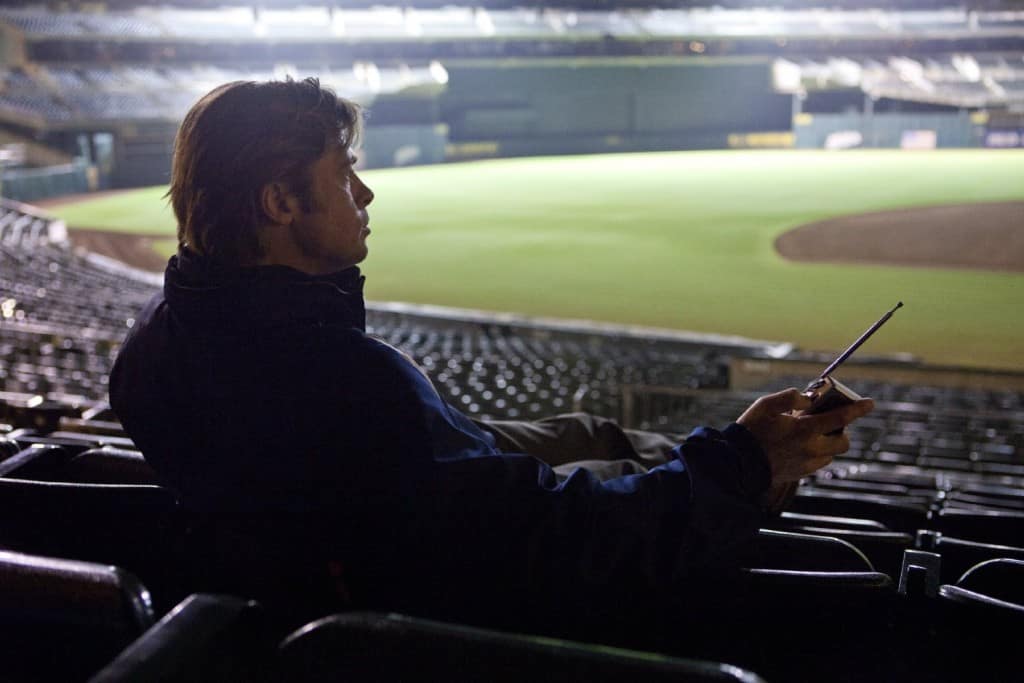 Billy Beane turned the 2002 Oakland A’s baseball team into a winning club with the use of careful statistical analysis then wrote a book about it which was turned into a fantastic movie starring Brad Pitt. What the film doesn’t tell you is that after the book was published, other baseball teams started using the method and the Oakland A’s went right back to being losers.

How Stella Got Her Groove Back 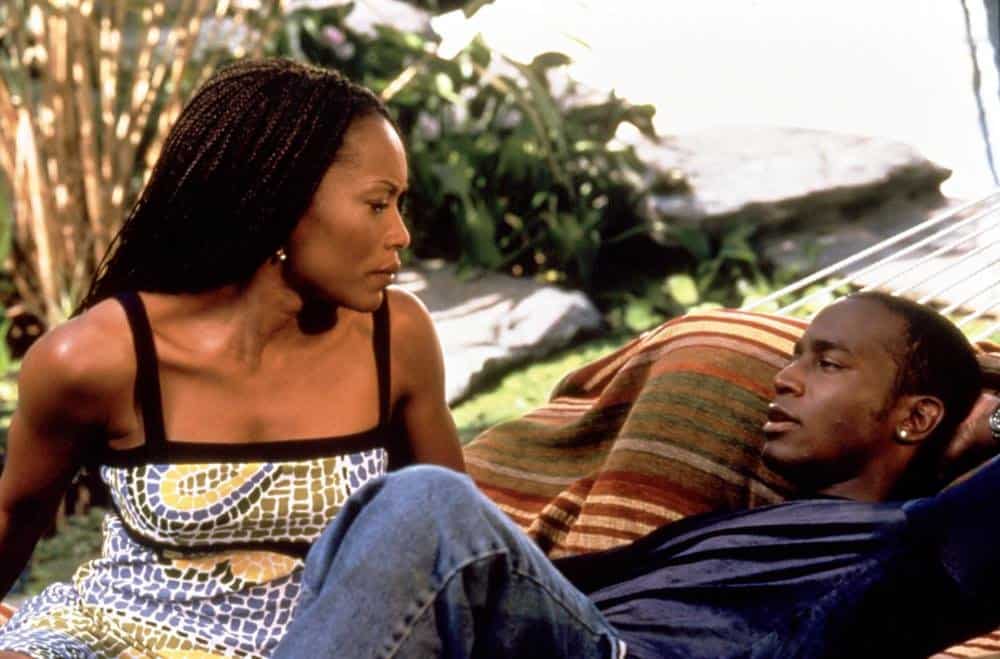 It’s hard not to adore an amazing romantic story of a 40 year-old woman who finds well-deserved love in a handsome 20 year-old Jamaican during an island vacation. While based on fact, the real life story isn’t as happy as the film version – the young Jamaican man was actually gay and only married real-life Stella, author Terry McMillan, to gain U.S. citizenship. 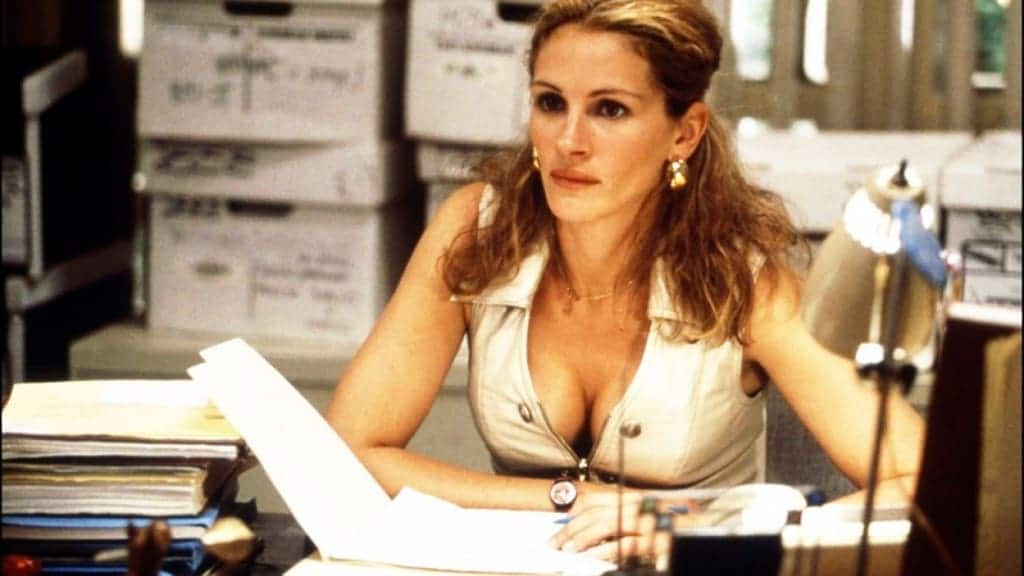 Erin Brockovich was the story of a real legal clerk who helped take down a huge corporate company after it was discovered they tainted a public water supply and polluted a whole town with cancer and illness. While the firm Brockovich worked for won their case, they took millions out of the settlement, which wasn’t paid to the afflicted citizens until six months later. 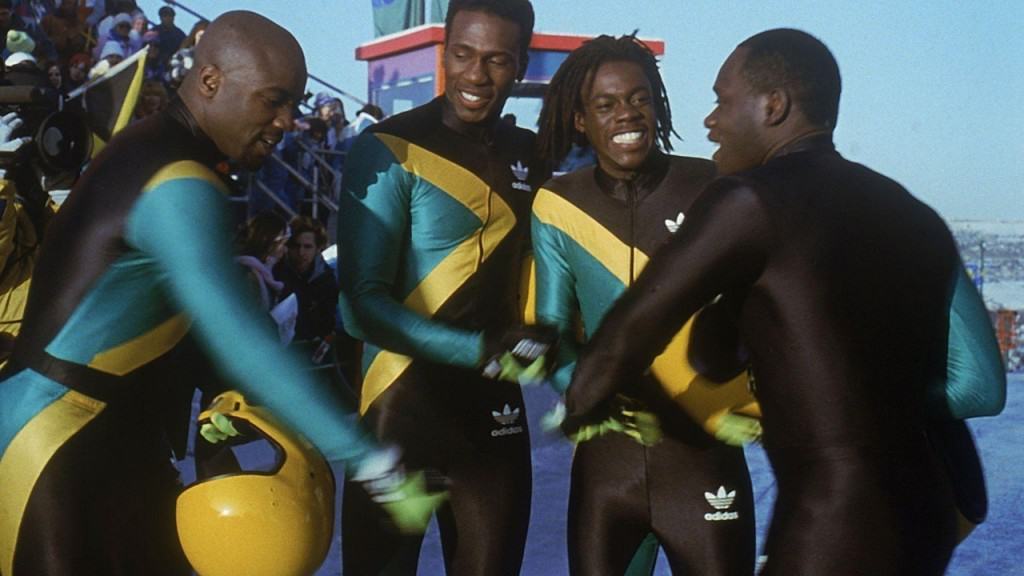 The Winter Olympics bobsled athletes seen competing for Jamaica in the four-man bobsled event in Cool Runnings weren’t recruited as a random group of hopeful Olympic track stars. George Fitch, whose facsimile is portrayed by John Candy, wasn’t a drunken washout either – he got the idea and gathered the famous team, a group of Army men, after watching them compete in a pushcart derby. 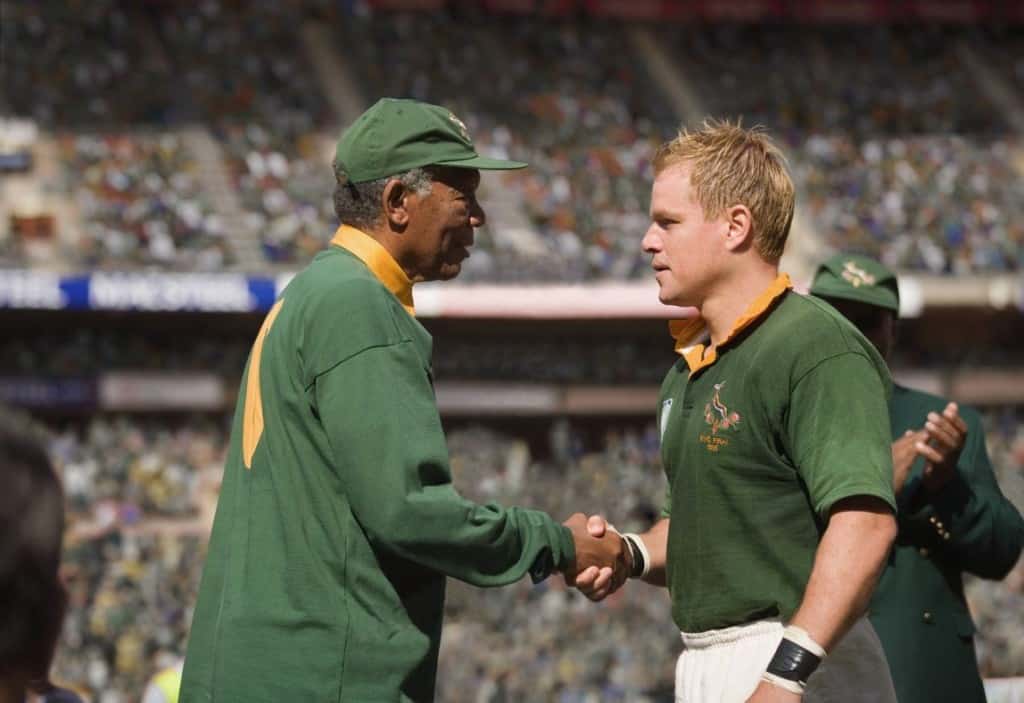 The Oscar nominated film Invictus tells the story of the South African rugby team and their racism-impeded road to winning the 1995 Rugby World Cup. While the movie shows the team as a harmonious group of athlete struggling against racist perceptions, the real-life team had a great deal of racism within it. Complaints were made on a number of occasions that ranged from derogative slurs to refusals to share showers. 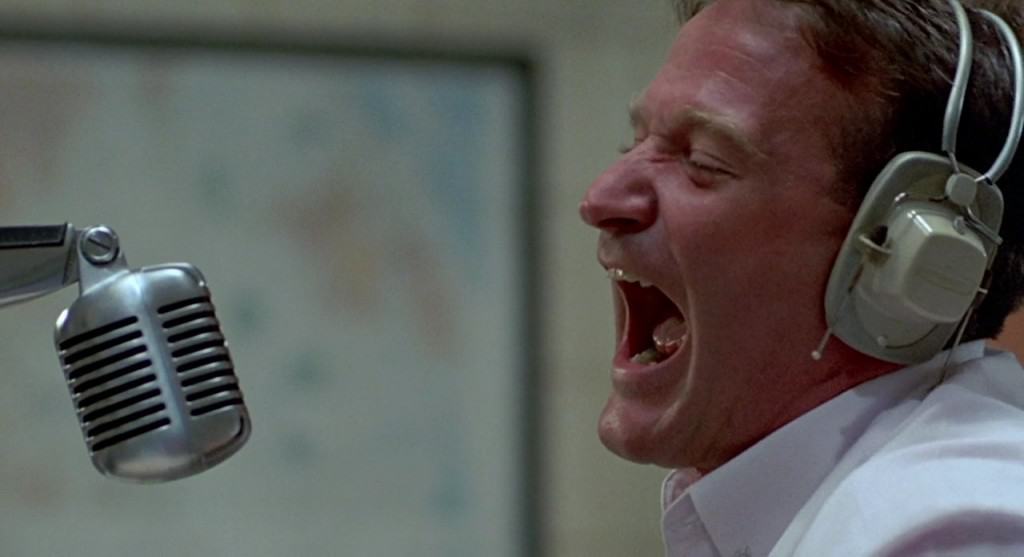 While Adrian Cronauer was a real life disk jockey in Vietnam, he wasn’t anything like the way Williams depicted him – the role was actually almost all Williams. Cronauer actually said that all of the riffing, comedic barbs, and anti-war sentiments would have absolutely gotten him court-martialed.

The Mask of Zorro 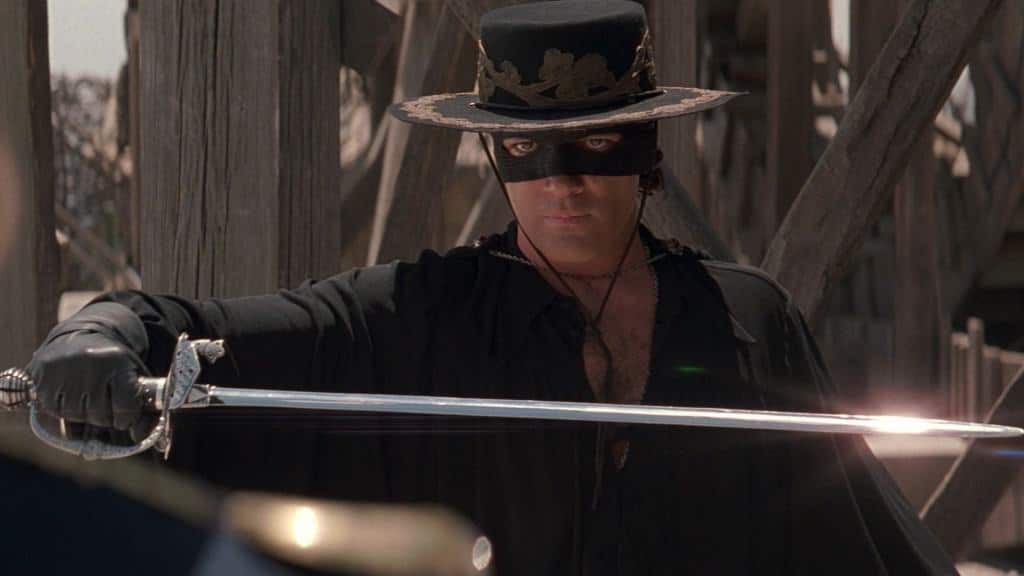 While the film and television depictions of Zorro show the cult hero as a crusader who seemed to always save the day in the name of his people (many site him an the true inspiration for Batman) was actually a tragic figure. The real Zorro, Mexican born Joaquin Murietta, was persecuted by white men all of his life and formed a band of rebels to exact his revenge – unfortunately for him, he was captured and beheaded in 1853. 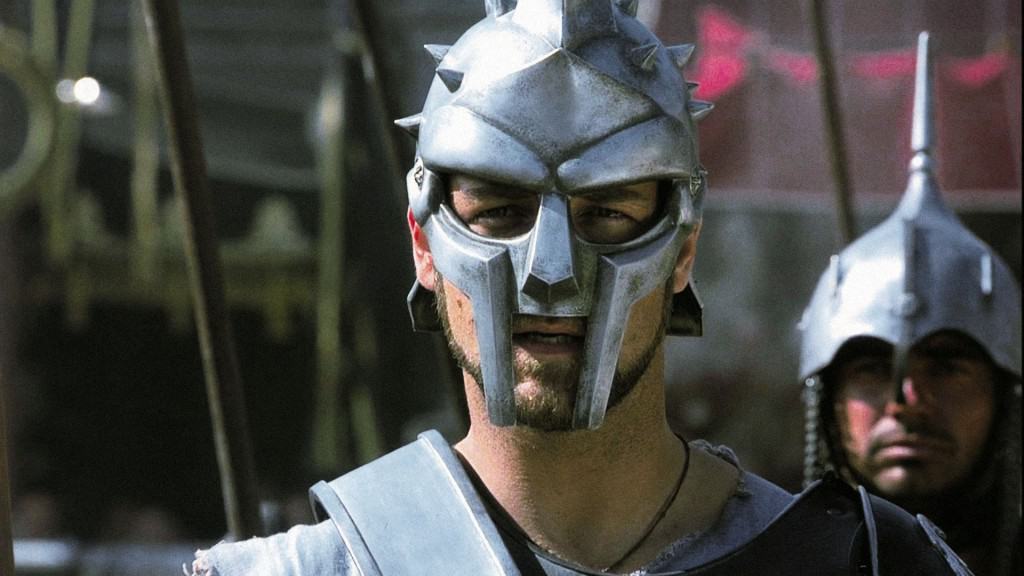 While the career-changing role of Russell Crowe was not technically based on a real person, the movie Gladiator was originally scripted to be far more period accurate. Originally, writers had Maximus as a spokesman for olive oil, appearing on billboards and selling the stuff throughout Rome – the idea was discarded because creators were worried the movie would seem like a parody. 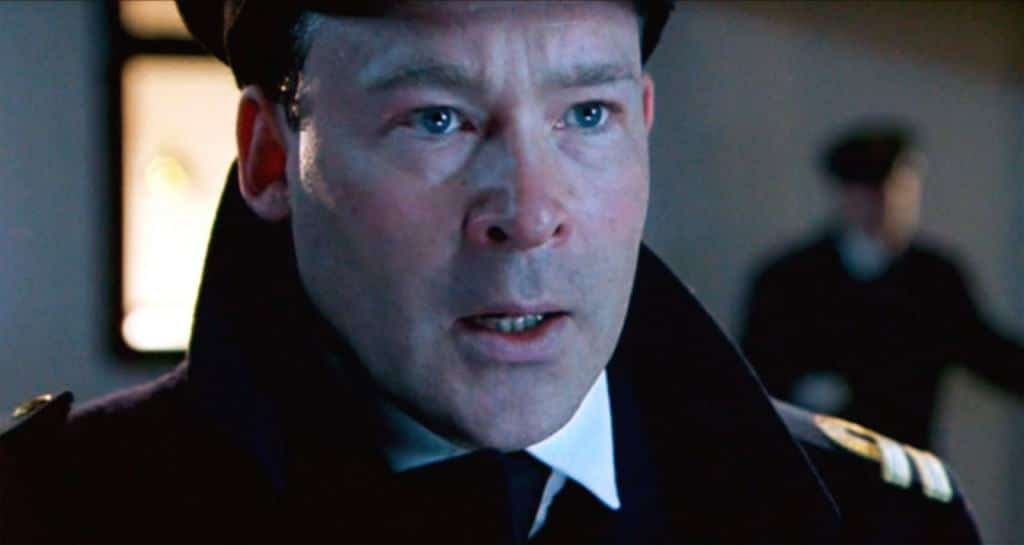 In the 1997 movie Titanic, ship officer William Murdoch is depicted as a man who took bribes, shot innocent passengers, and eventually killed himself. The real Murdoch spent his last hours gallantly herding passengers to lifeboats and throwing deck chairs overboard to those floating alone in the freezing water before drowning when the ship finally sank. 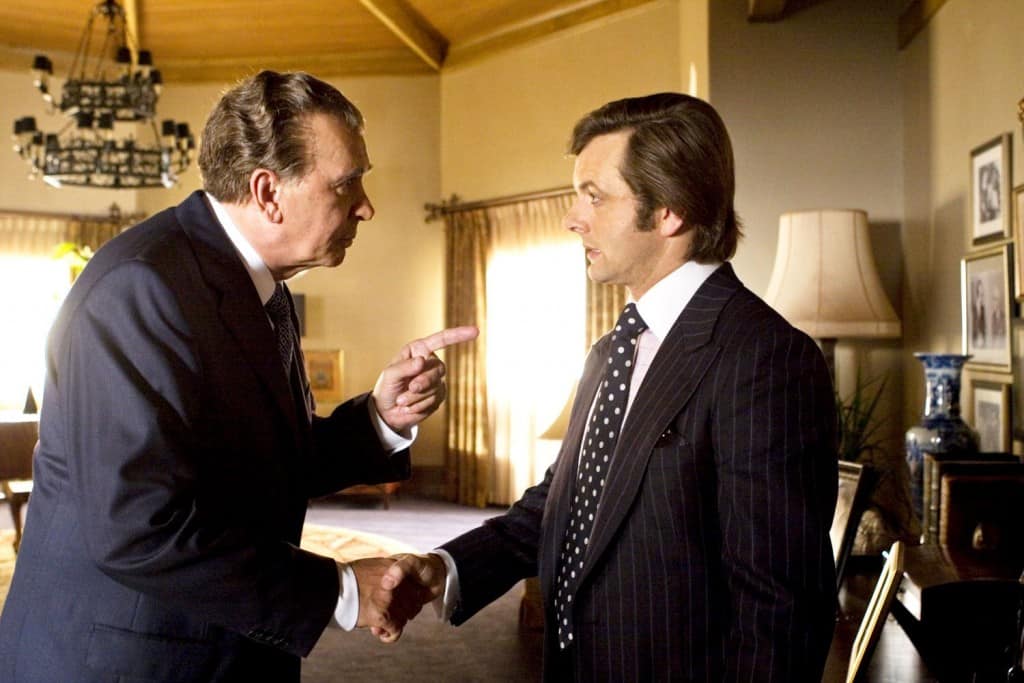 The climax of the talking heads drama Frost/Nixon hinges on President Nixon drunk dialing David Frost in the middle of the night and being usually candid, helping Frost to realize Nixon’s sensitive points which later help him to get Nixon to confess to his crimes. While the movie was based on real-life interviews, that ever-important phone call never happened. 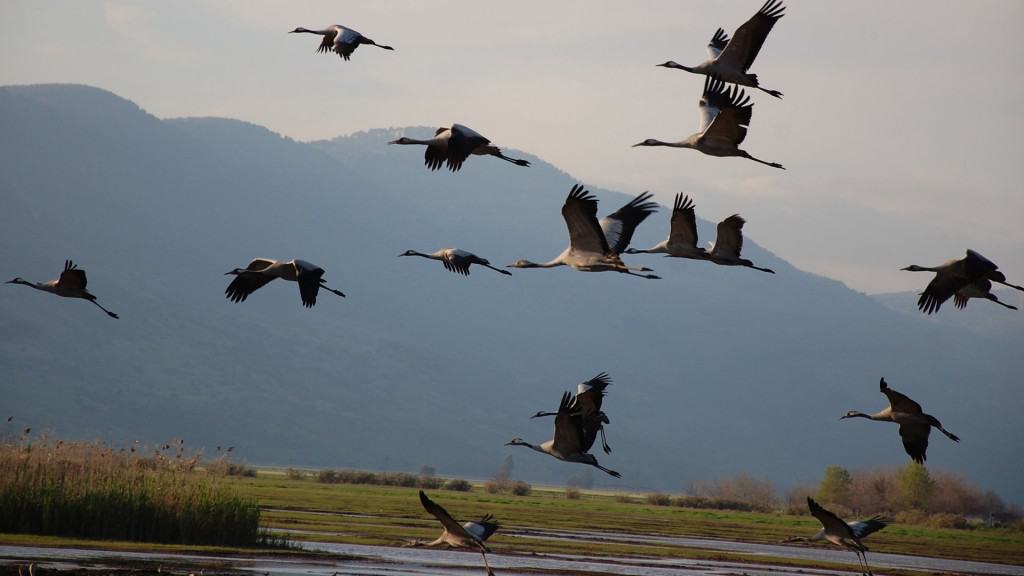 The 2001 documentary Winged Migration was lauded as a wonder of filmmaking. Even though filmmakers spent four years filming with in-flight cameras across seven continents, most of it was fake – it was revealed that about half of the birds were raised by the filmmakers and trained to fly in formation. 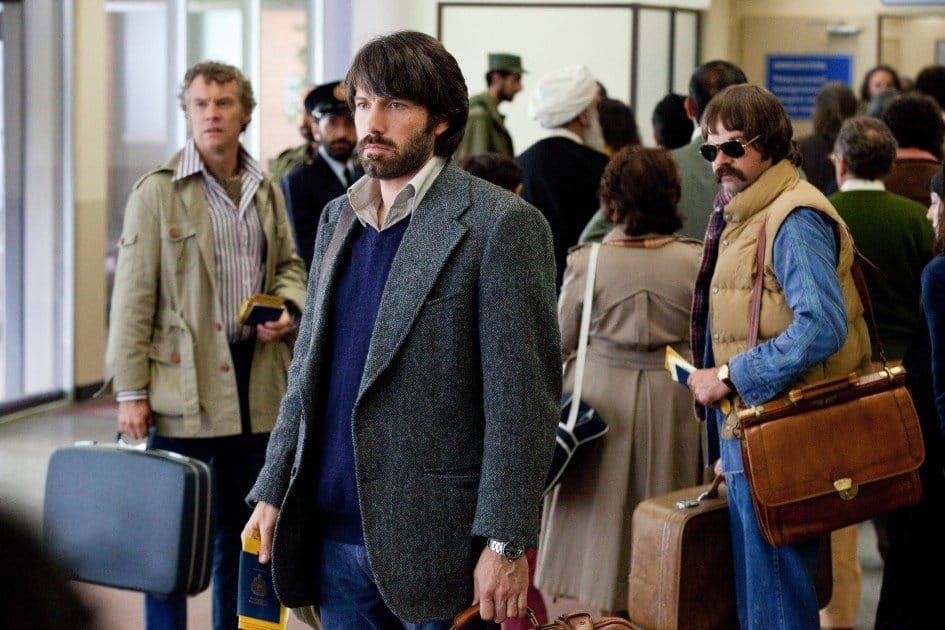 The Best Picture Oscar-winning film Argo tells the heroic tale of a CIA operative who facilitates a daring escape of American refugees from hostile Iran. But the jarring finale where the escapees are questioned and their airplane was chased down the runway – the real getaway was perfectly clean and absolutely uneventful. 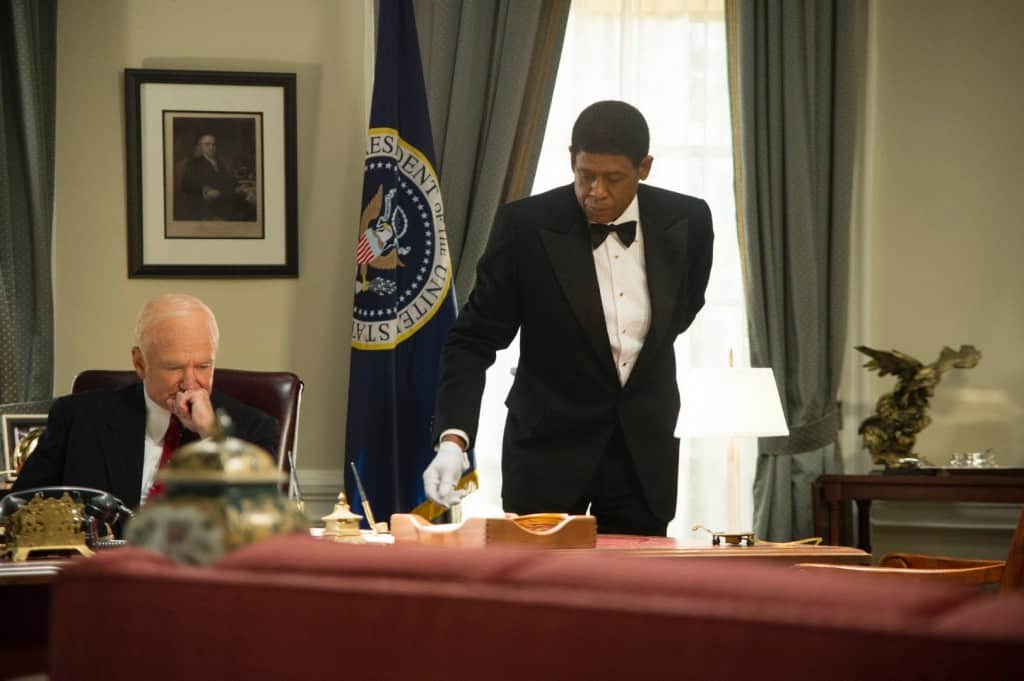 The amazing story The Butler was based upon the real-life of White House attendant Eugene Allen. While his life was an uphill struggle, he didn’t experience the cavalcade of hardships that were shown in the film. The rape of his mother, the murder of his father, his wife’s cuckolding and alcoholism, his youngest son’s death in Vietnam, and his eldest son’ participation in the Black Panther party were all fiction, added to enhance the film’s story. 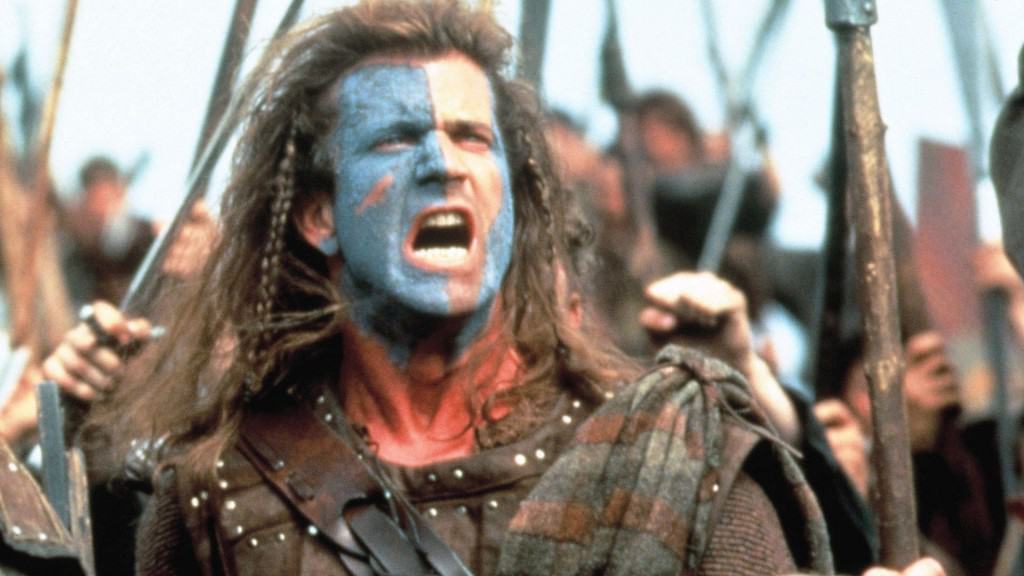 While the Mel Gibson film was thoroughly exciting, the story of William Wallace happened nothing like the movie. Wallace was, in fact, a knight from a noble family; his father wasn’t killed by the Brits but instead fought for them to gain favor from the Crown. Furthermore, Wallace would never have met nor impregnated the French princess as she wasn’t married to Prince Edward until after his death.

The Sound of Music 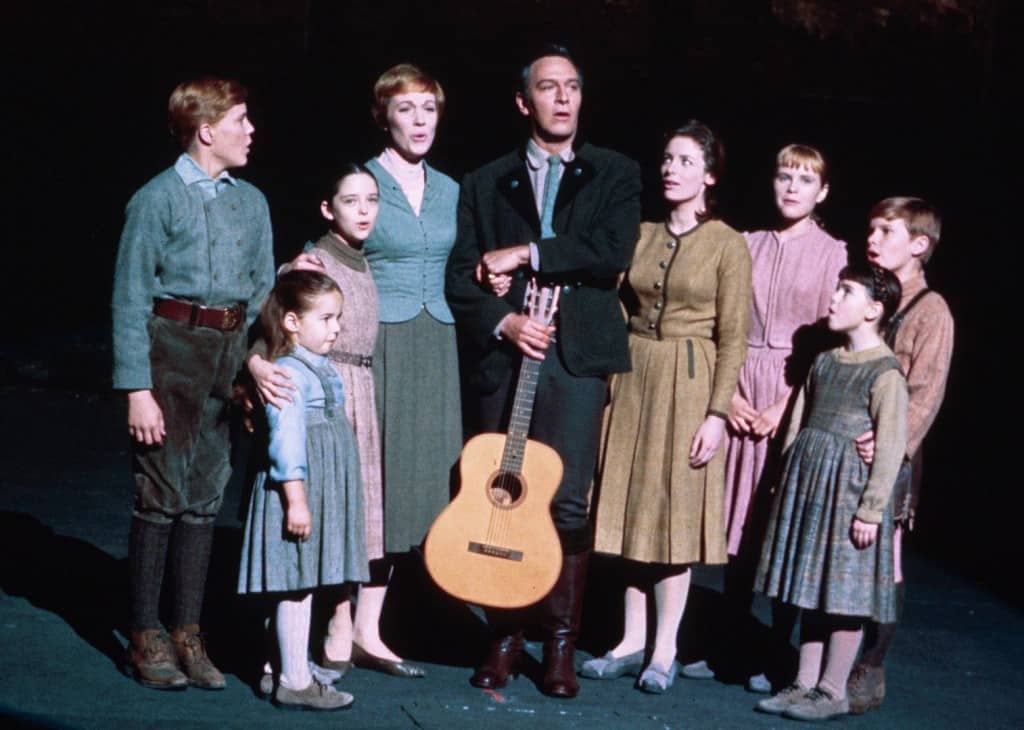 The conclusion of the famous musical finds the heroic Von Trapp family making a secret escape from the Nazis by hiking across the Swiss Alps to safety. The real family had no such difficulty – they announced their impending departure, bought train tickets, and left Switzerland with zero resistance. 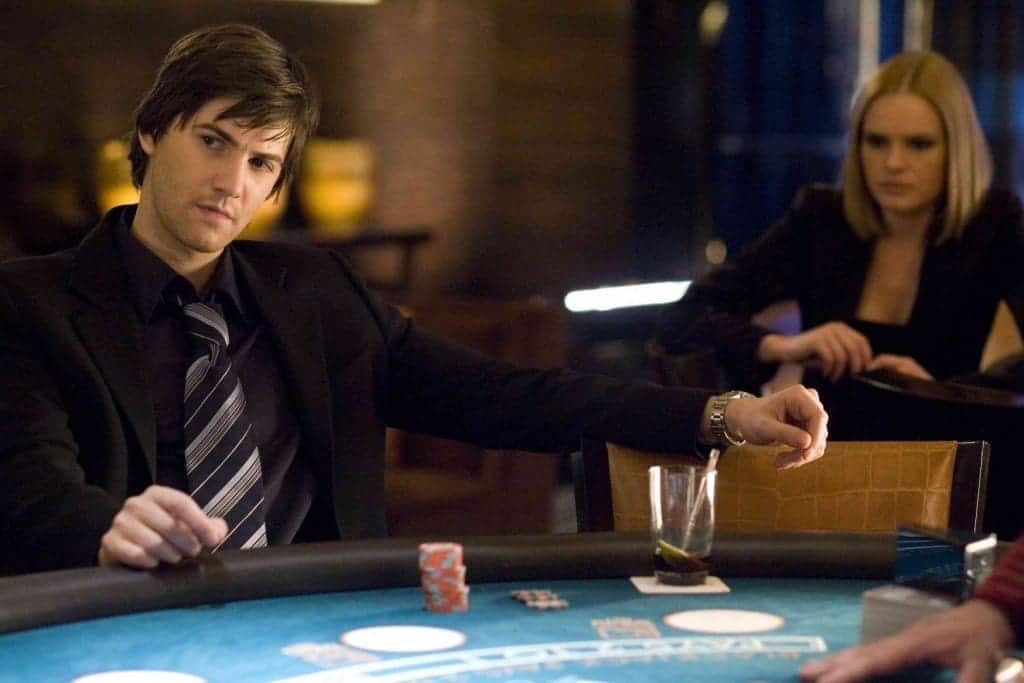 The spunky movie 21 tells the story of the infamous MIT blackjack team. While the movie is filled with a cast of friendly Caucasian actors like Jim Sturgess and Jacob Pitts, the real story was based on a group of Asian students lead by a guy named Jeff Ma. 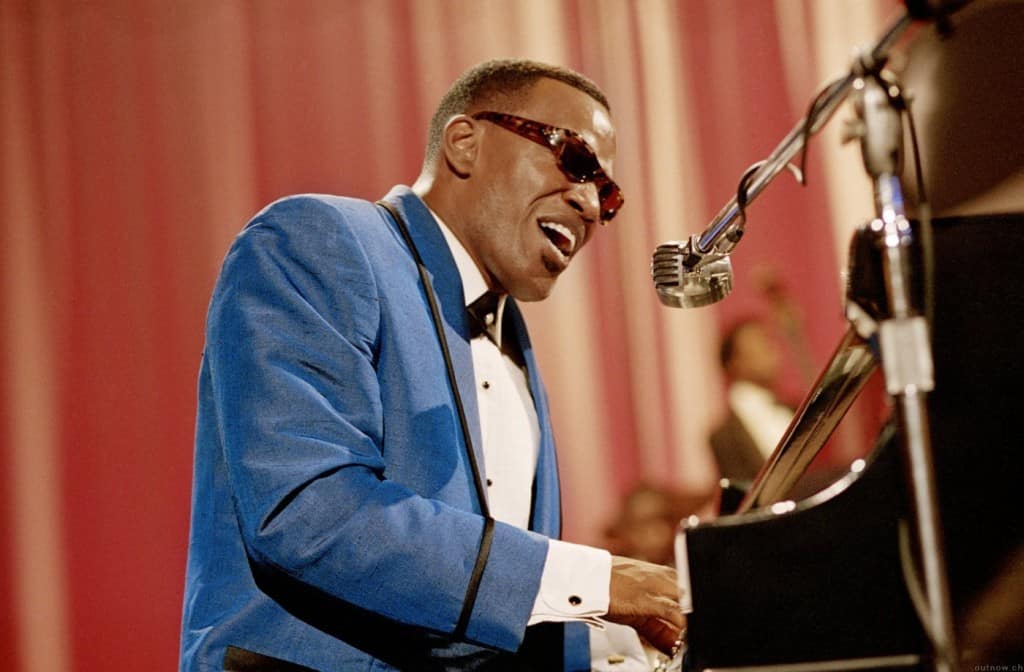 The ending of the movie Ray finds singing legend Ray Charles championing his heroine addiction and getting back together with his wife. Sadly, after he recovered from heroine he became an alcoholic and continued to cheat on his wife until she eventually divorced him. 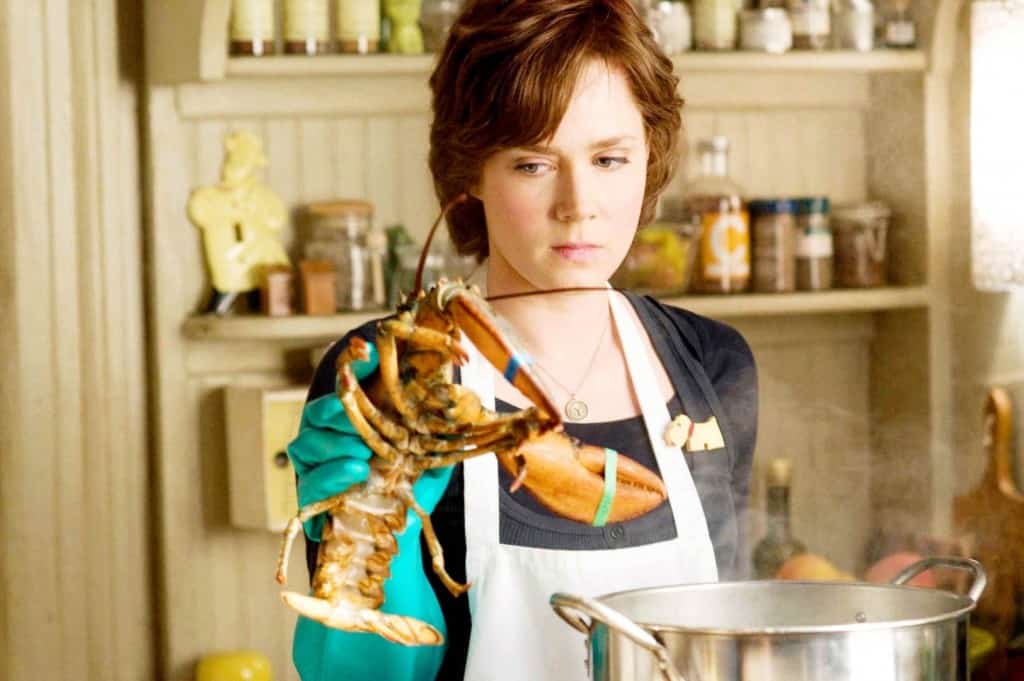 Julie Powell became famous when she wrote the book, which became the movie, about her foray into the famous Art of French Cooking recipes of Julia Child with her loving husband cheering her along the way. But after her book was published, she went on to have a number of affairs and began experimenting with sadomasochism – and then she wrote a book about that.