20 Doctored Photographs That Will Blow Your Mind

Art-director Stephen McMennamy was inspired by Instagram to make a series of bizarre mashups. They look photoshopped, but they are only two pictures pasted together seamlessly. The creator says that often it was only a matter of adjusting the size of the images. In any case, these “combophotos” as he calls them will mess with your head and maybe give you something to think about. Maybe it will inspire you to create some art of your own. 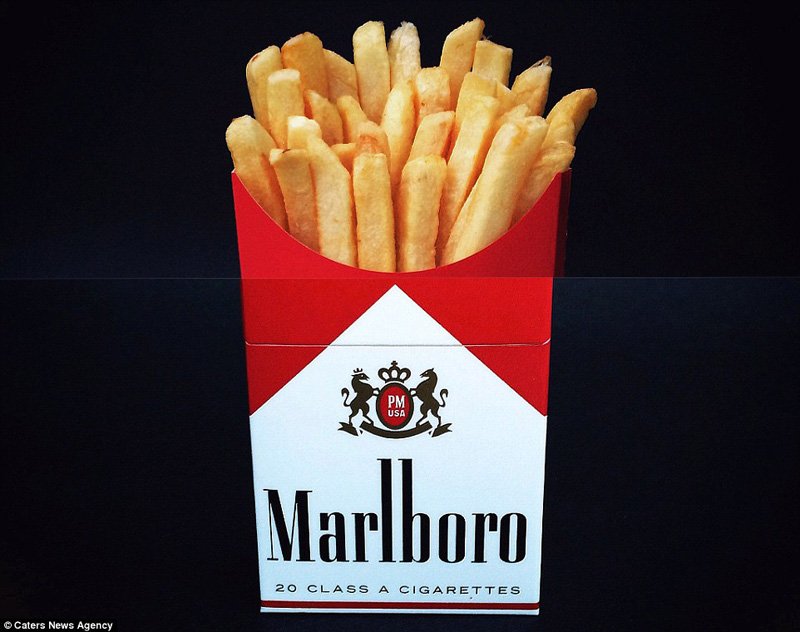 What is worse for your health, eating french fries or smoking? Which would be harder to give up?

This Girl Just Didn’t Know When To Stop 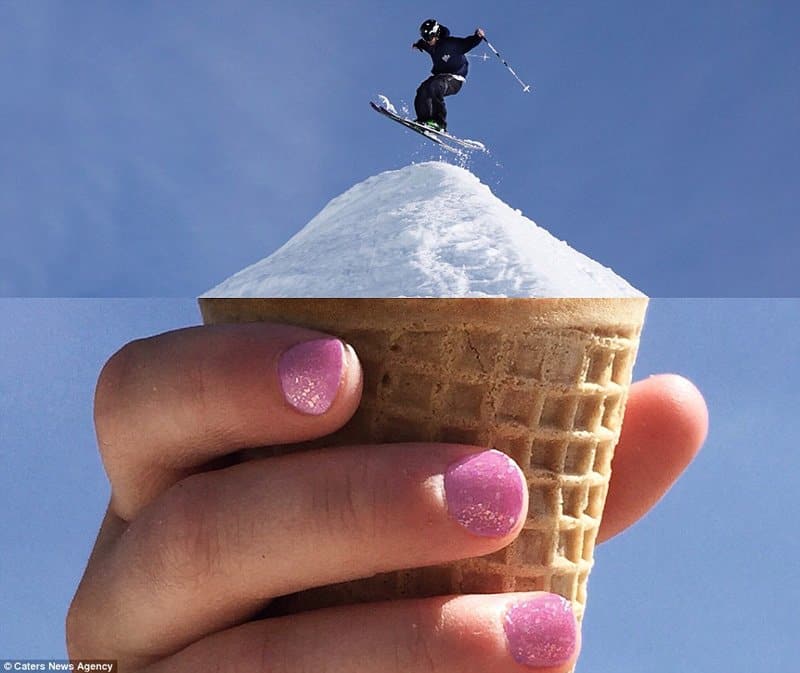 This little girl wanted so much ice cream that someone could ski down it. Or there is an invasion of small people trying to ski down our ice cream cones and this is photo evidence?

Someone Is Hungry This Morning 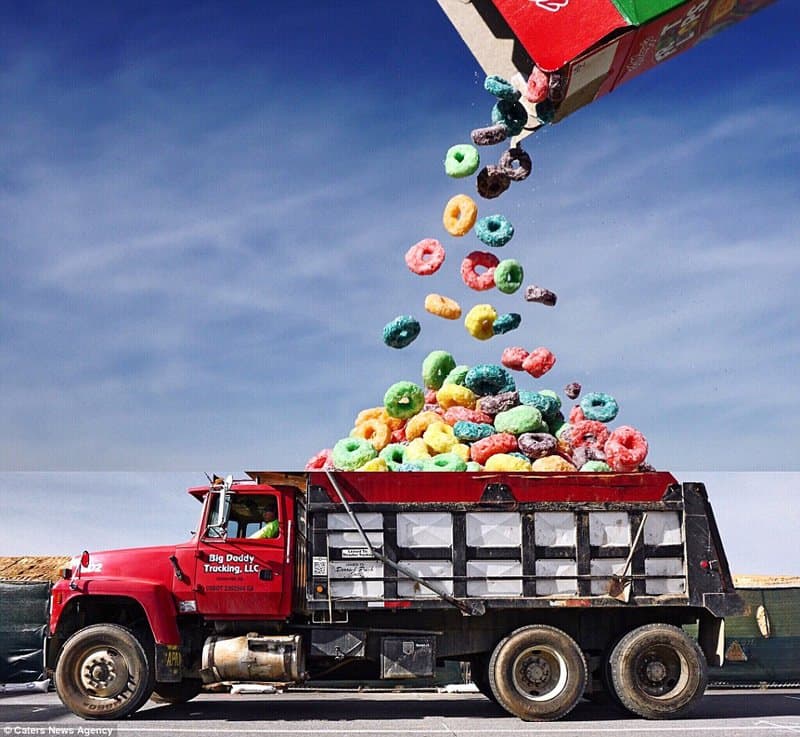 This fun mashup creates an image of the biggest bowl of cereal ever.

Someone Was Hungry This Evening 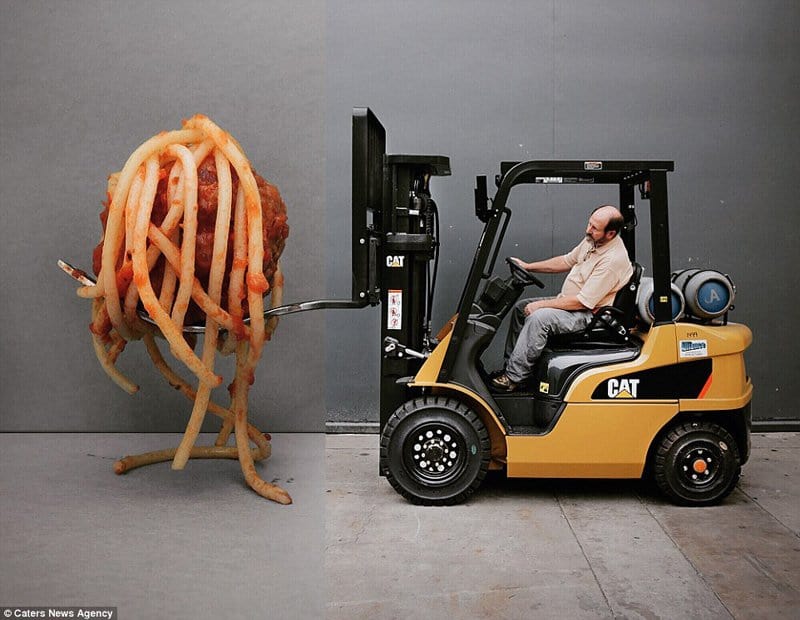 Who was so hungry they needed a forklift to pick up their meatball?

This Could Be Fun To Drive 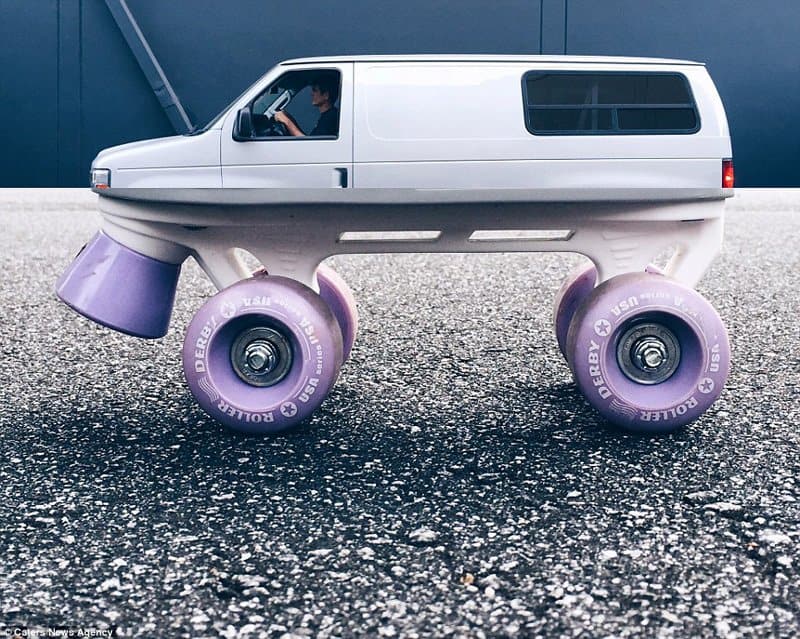 How would you even get into that van? 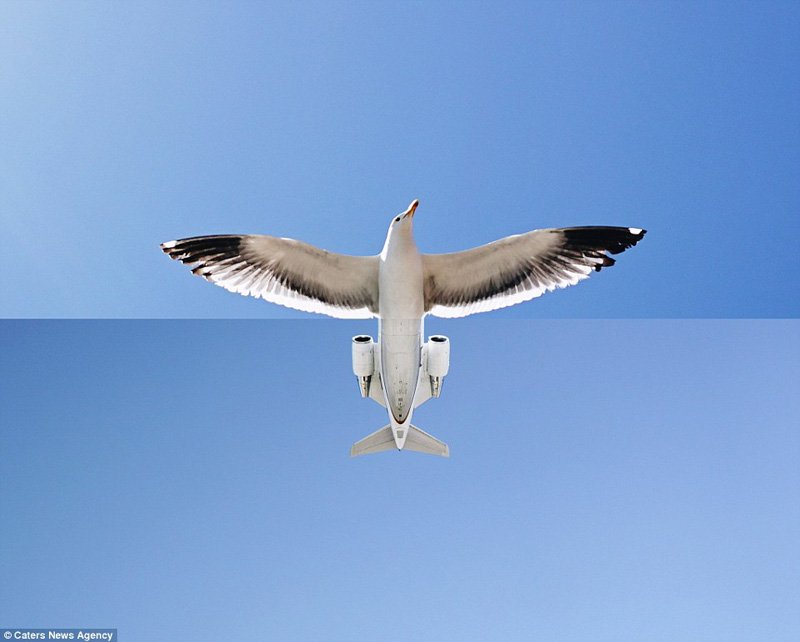 Just flying with his wings wasn’t fast enough for this bird. 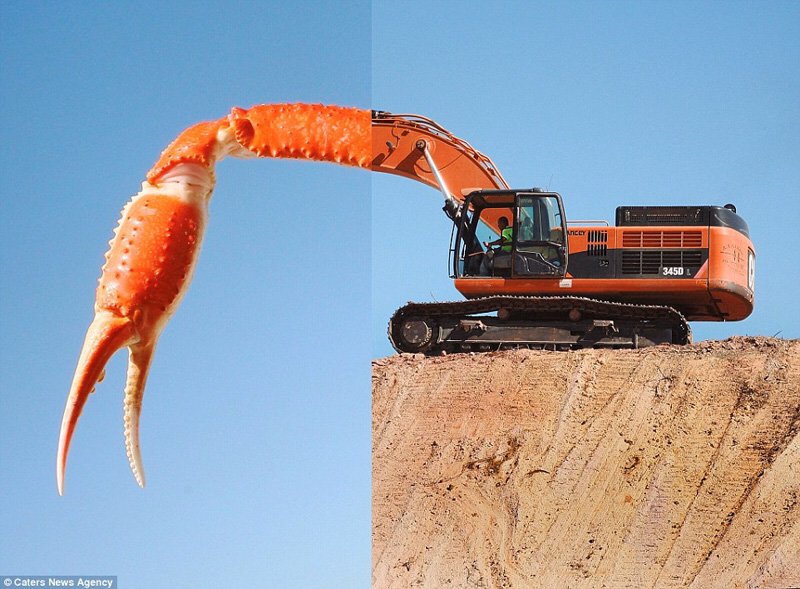 This mashup is just too weird. 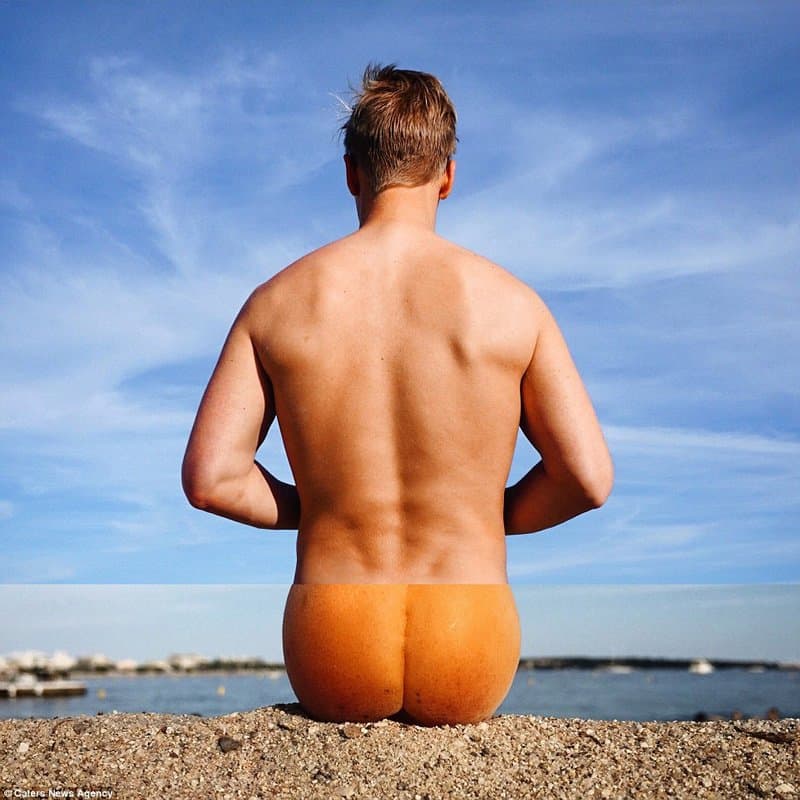 This photo looks indecent, but it isn’t. 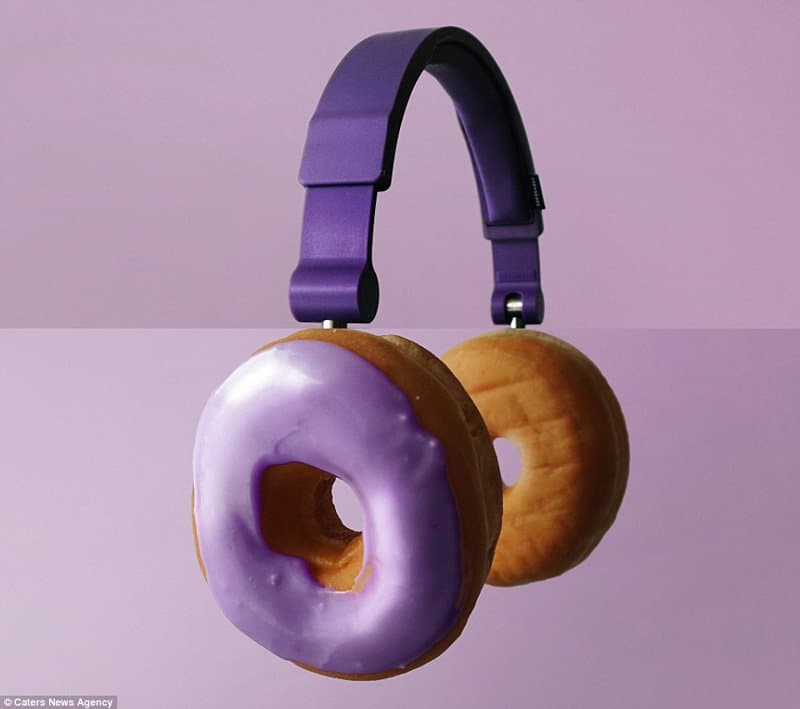 At least the icing is on the outside of these donut earphones. 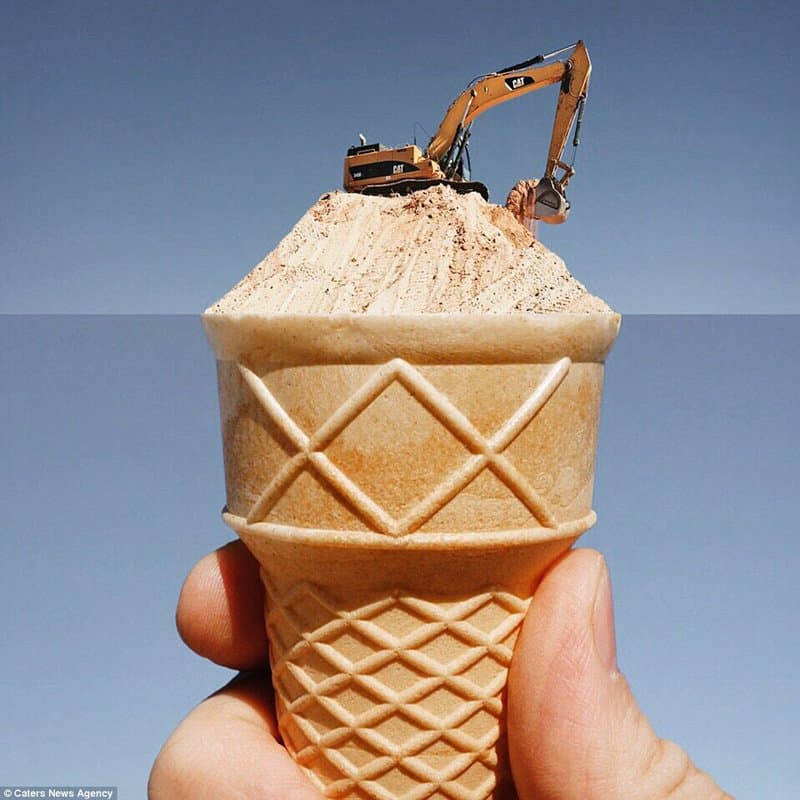 There is so much ice cream on this cone you need a digger. 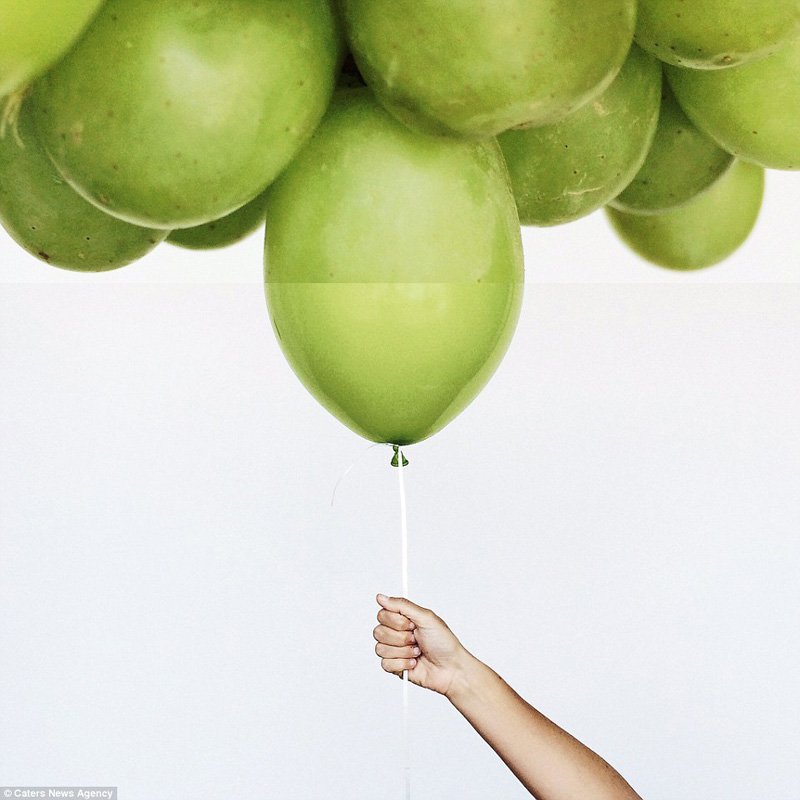 Did you know that grapes float?

That Would Be A Messy Punch 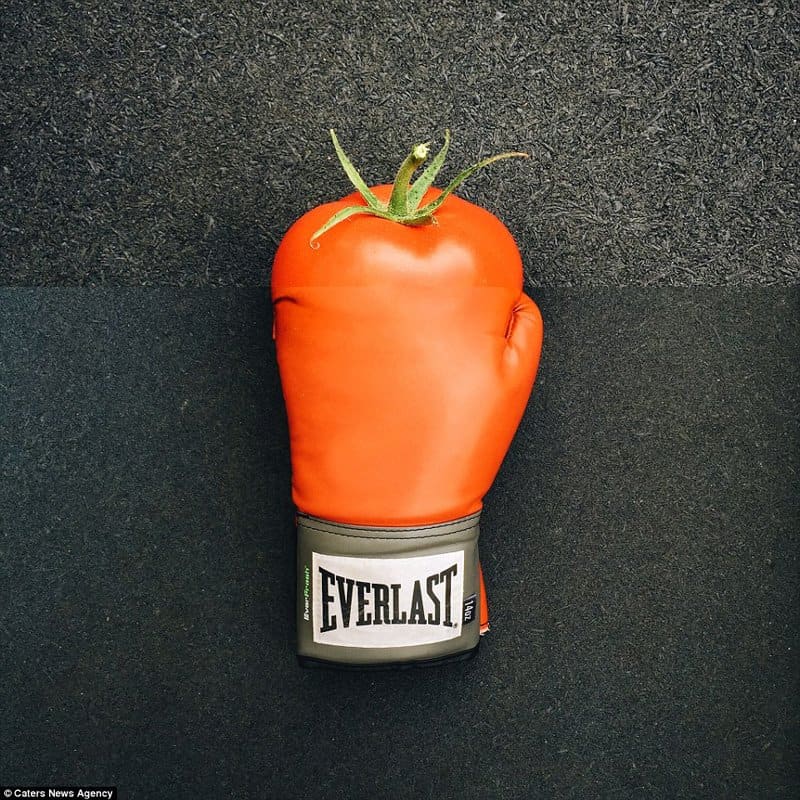 This would not make a very practical boxing glove.

Things Are Not As Fast As They Seem 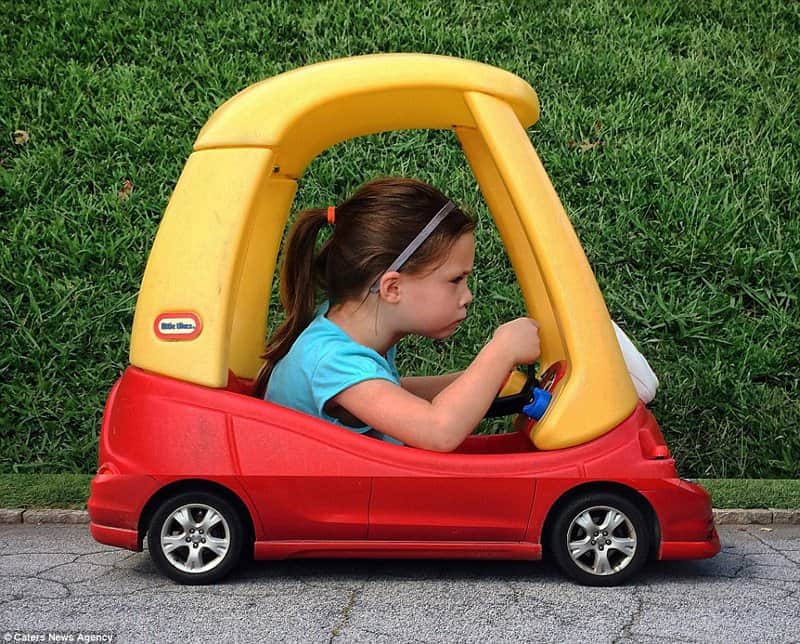 You might have to look closely to get this mashup. The road rage this little girl seems to be feeling is not unusual on real roads. 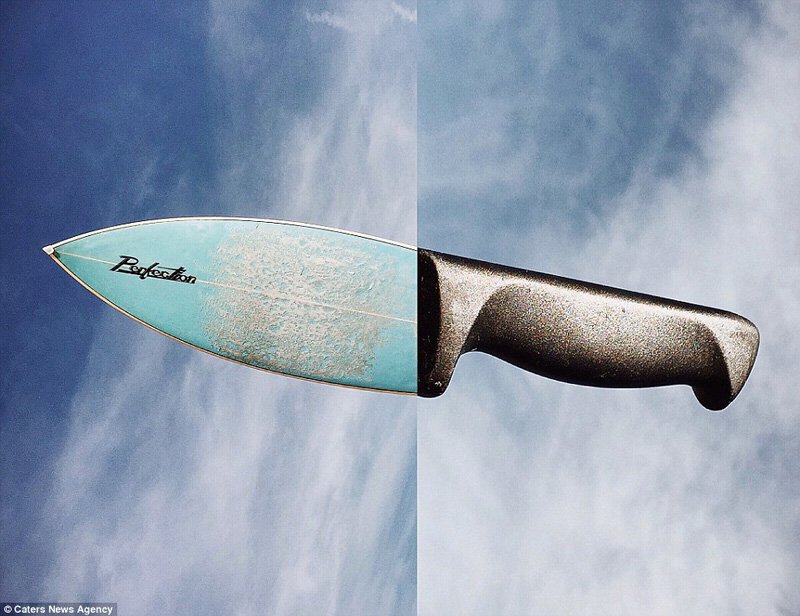 The pretty light blue of this surfing board really could pass for a knife blade. 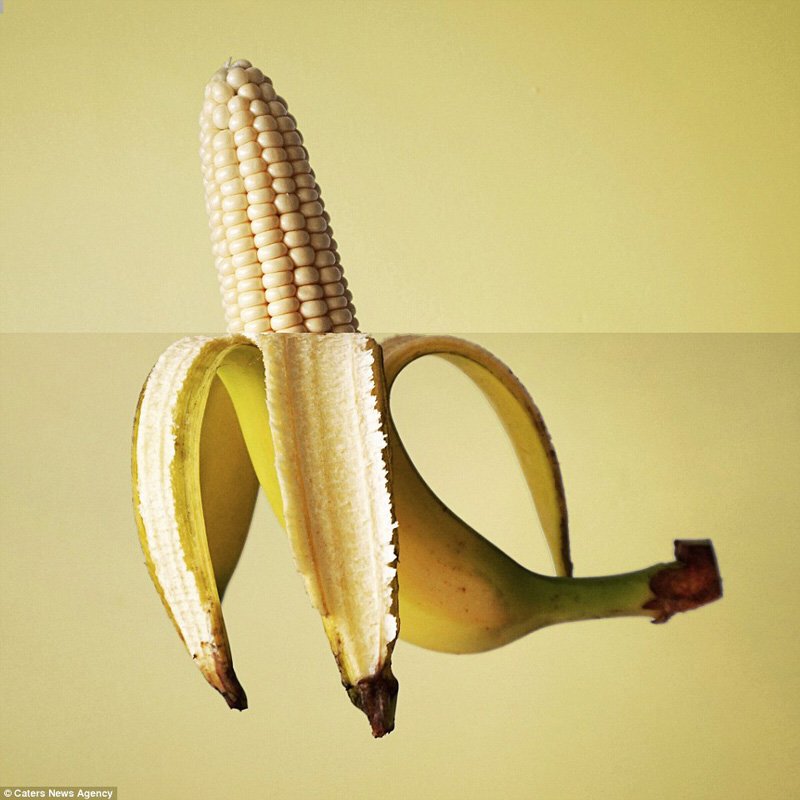 It isn’t very good when you want a banana only to peel it to find an ear of corn. 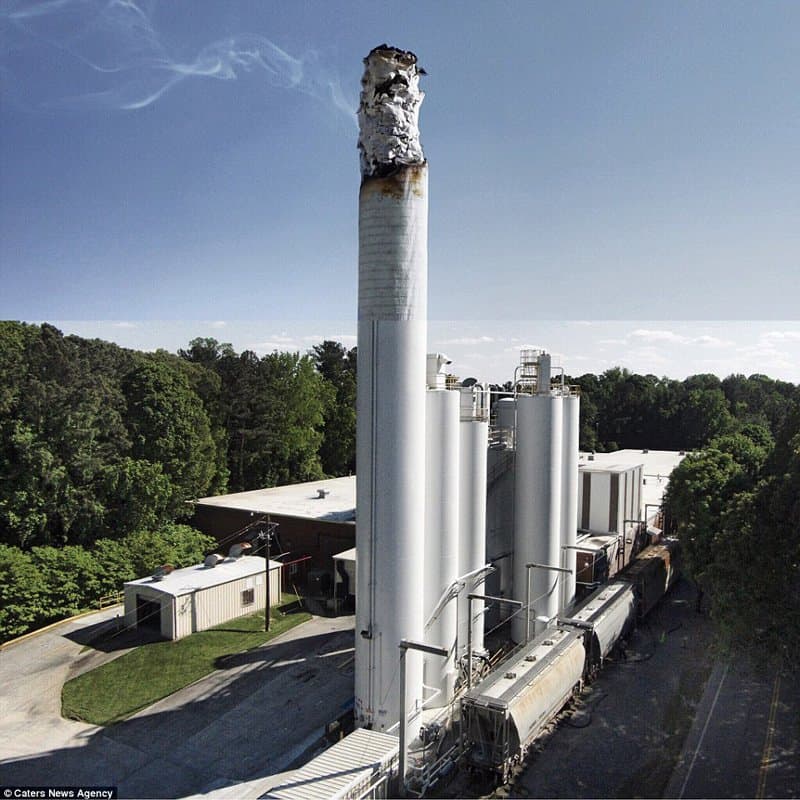 This is another one that is a little hard to make out. Rather clever, though. 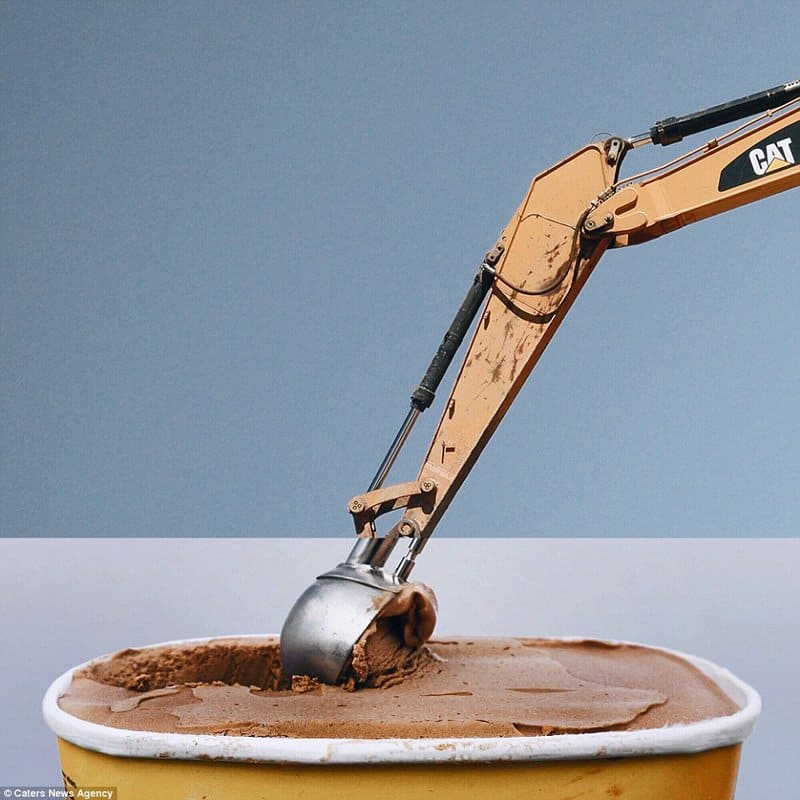 Using a Cat to scoop your ice cream? Wait a few minutes and the ice cream won’t be that hard.

What Would You Use This For? 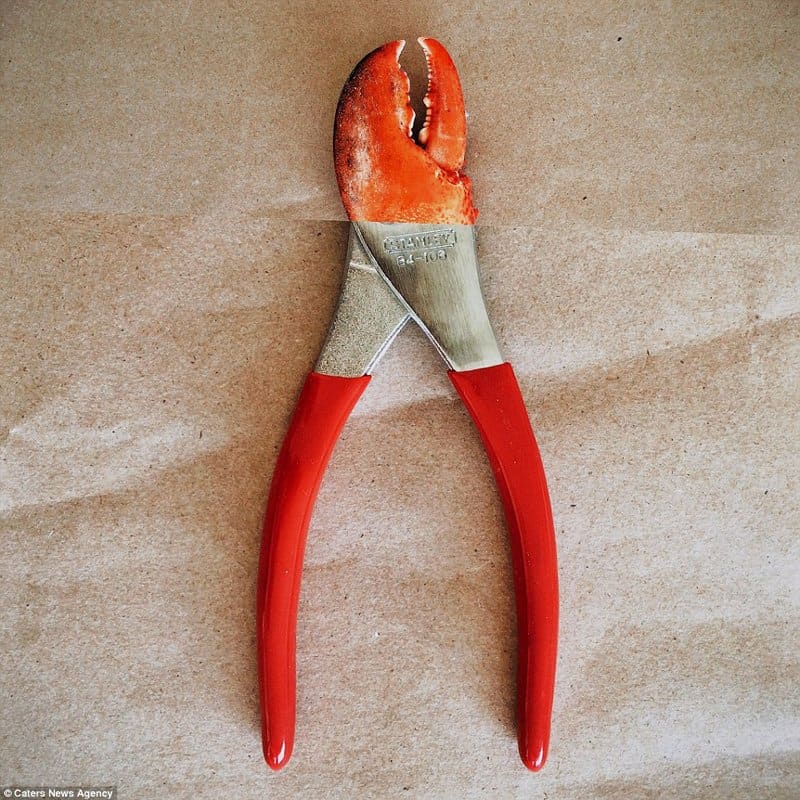 What would you even use this for? Looks rather fishy to us.

A New Meaning To Cherry-Picking 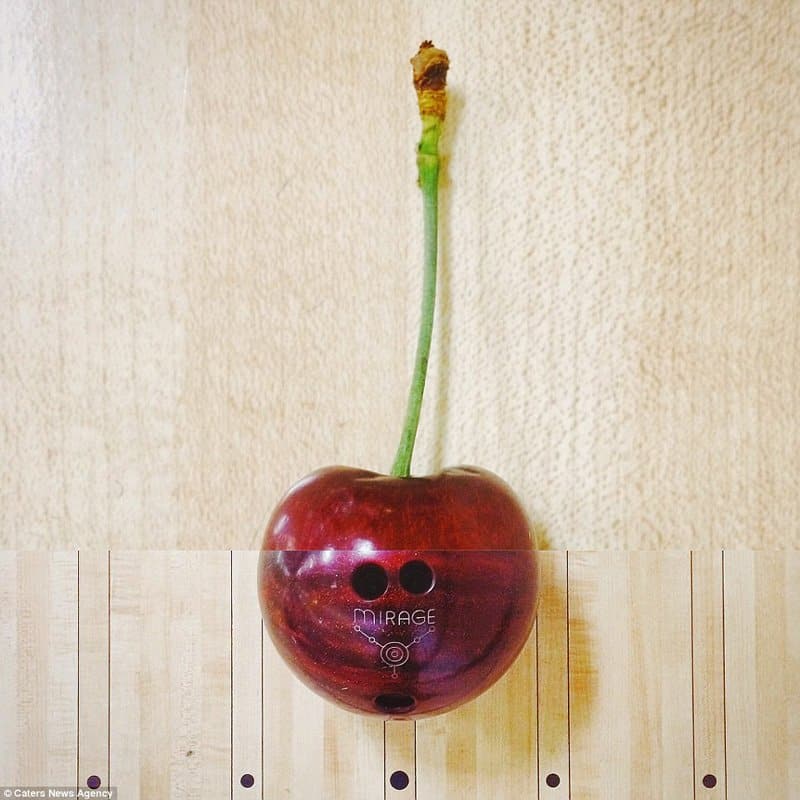 The beautiful cherry red on this ball just begged for this mashup to happen. 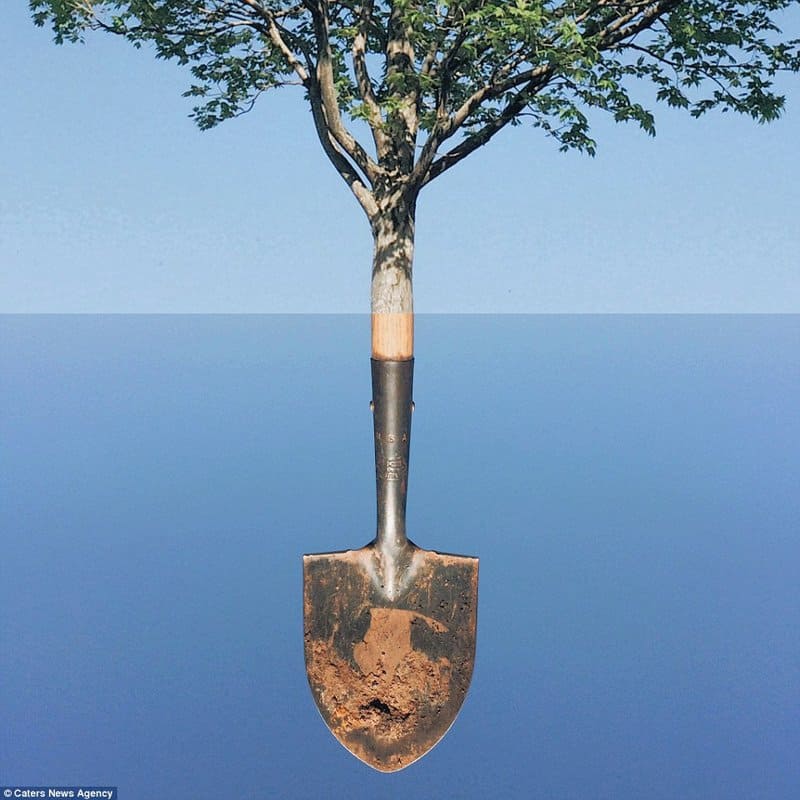 Here is a tree that can plan itself. Or would the branches just get in the way?