Who in the world doesn’t or at least hasn’t ever loved eating candy? Sweet, delicious and satisfying, they are the treats that any age can love and enjoy. But if modern culture has proven anything, it is how easily people think of ways to destroy all of the precious and beloved parts of life, candy being no exception. Sure, most of the time strange and weird candies are invented for humor’s sake, but that doesn’t make it anymore okay to twist something that is supposed to be appetizing into something that appears to be less than so. Shame on those who made up the following skewed indulgences. 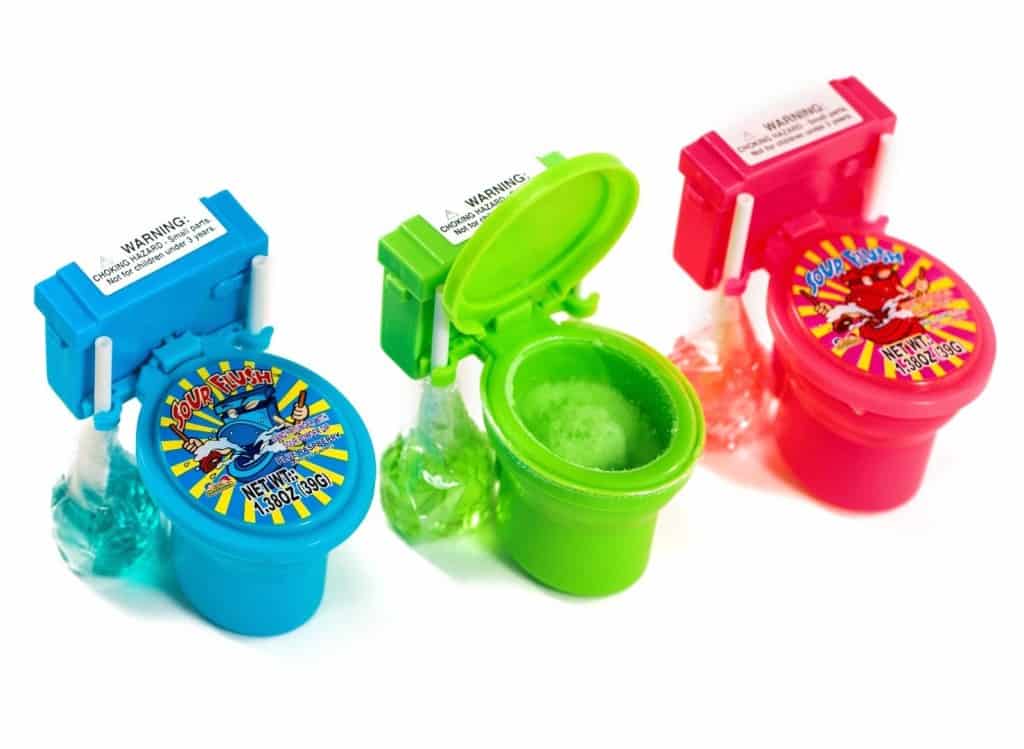 Kids love tiny versions of everyday things, and candy is no exception. Some parents, though, might find this particular candy-holding toilet a little less suitable for their kids. 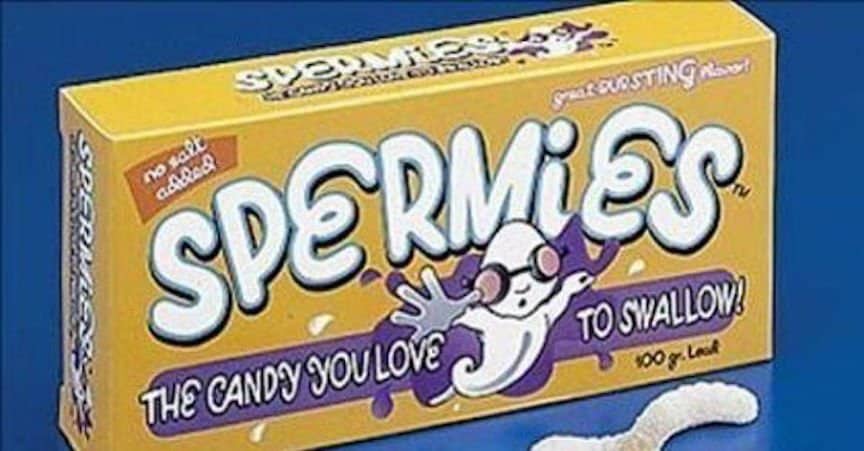 Most of the candies on this list seem like novelty gags, but it is hard to come up with an answer when you ask yourself: what were they thinking when they came up with this candy? There really are no words for how gross and inappropriate this is. 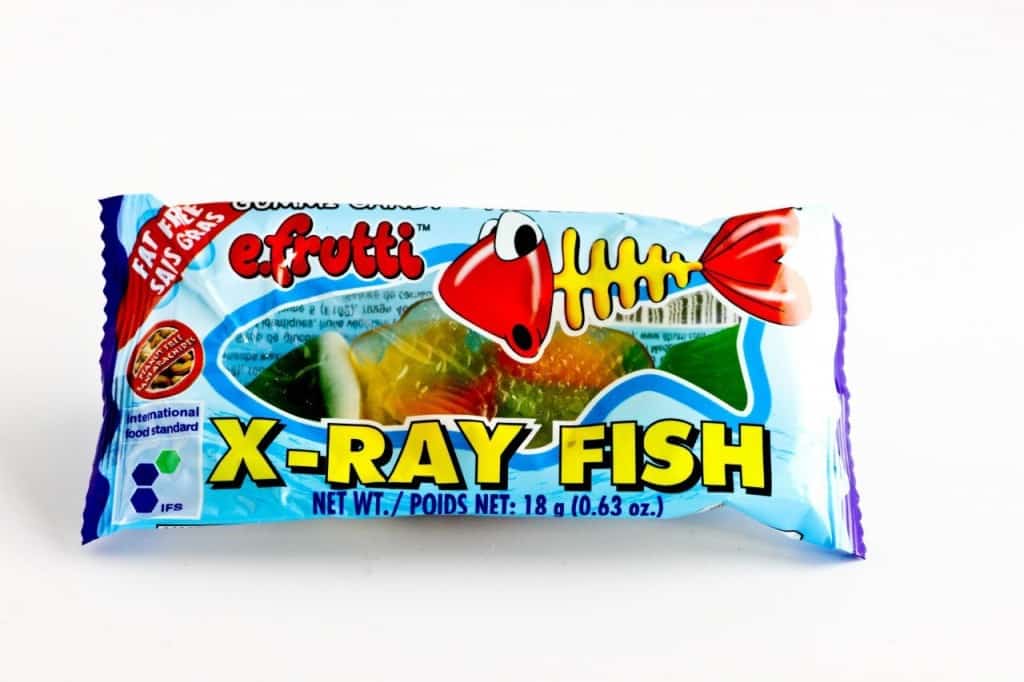 One of the easiest ways to get a child to eat something is by making it in the shape of an animal, but not every animal is as appetizing as the next. Although x-ray fish are amazing to look at in real life, their gummy counterparts are somewhat nausea inducing. 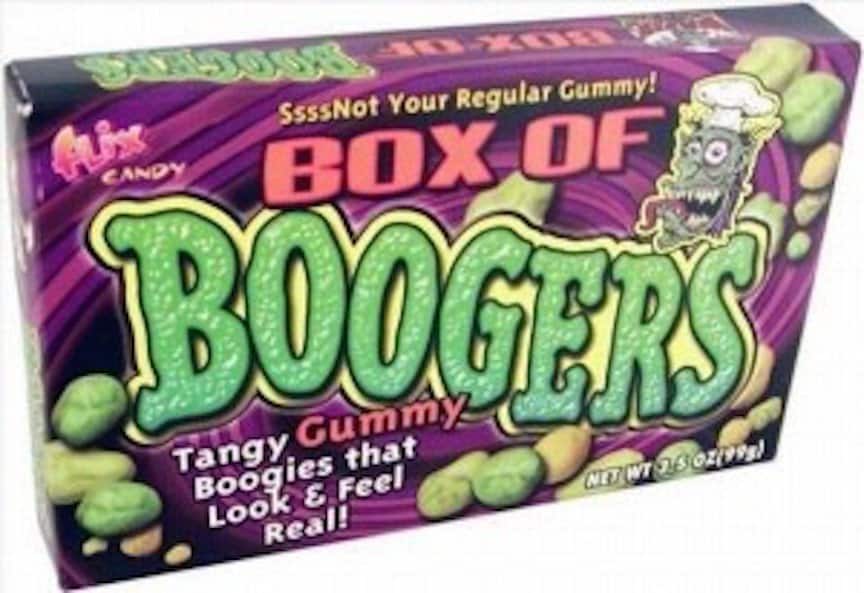 Since lots of children have a penchant for eating the real thing, this confectionery is obviously aimed toward kids. For the target eaters, it has to be morbidly exciting that they are gummies too. 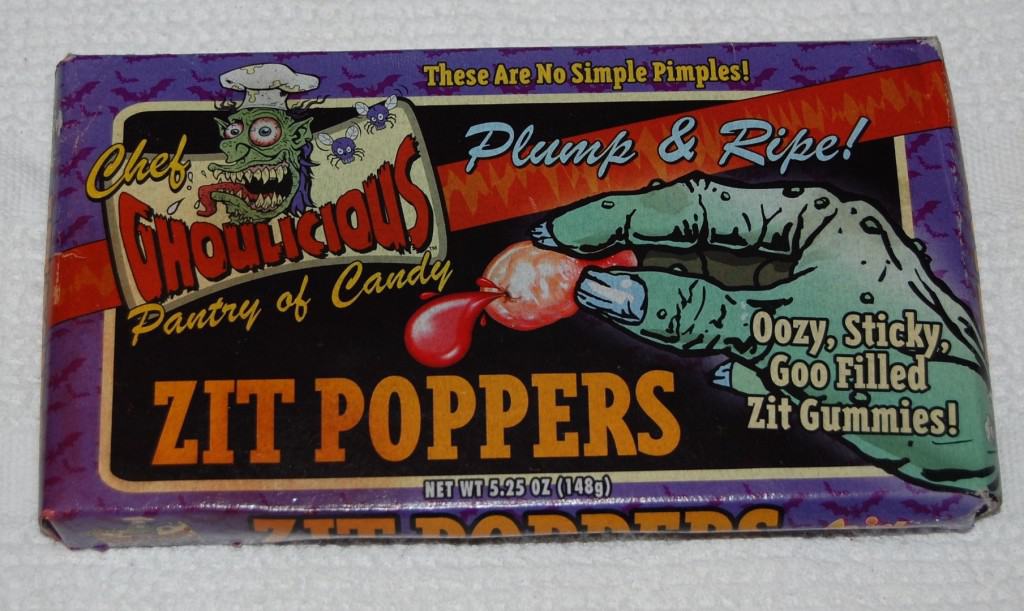 If you grew up in the 90’s, then you probably ate fruit gushers at some point – a gummy with a liquid center. This spin on the snack food, while undoubtedly creative, is downright repulsive. 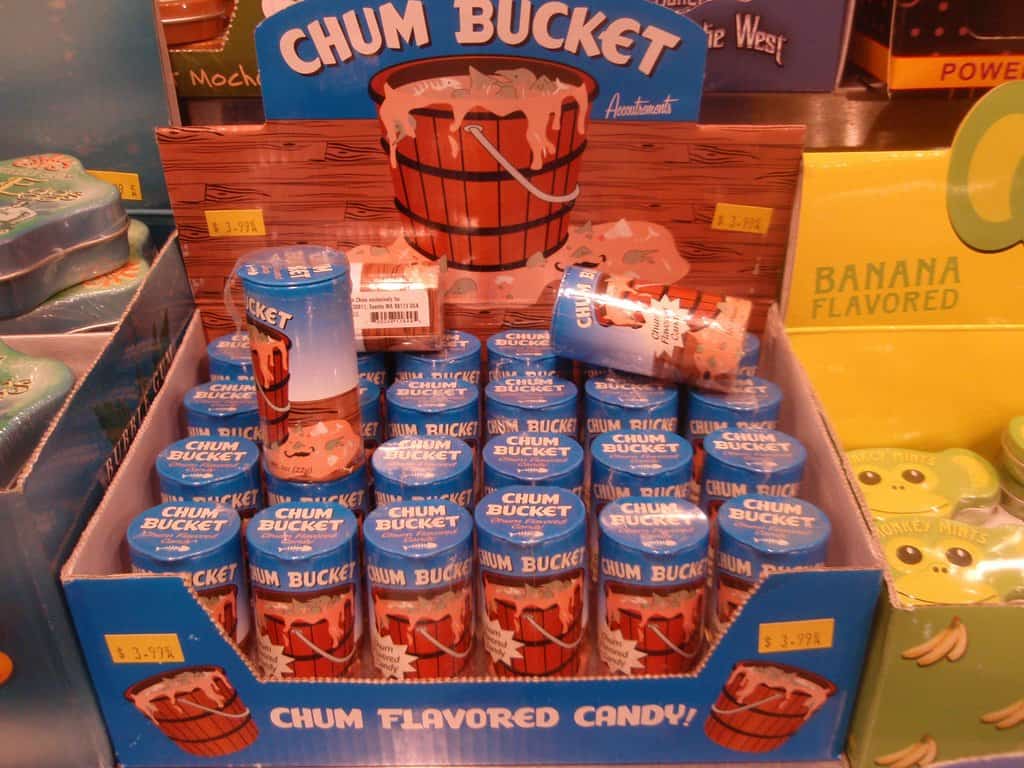 It is unclear as to what purpose the candy is supposed to serve, but it appears to be some sort of mint. Whether or not it actually tastes like fish blood and guts is something very few, if any, people would ever want to know. 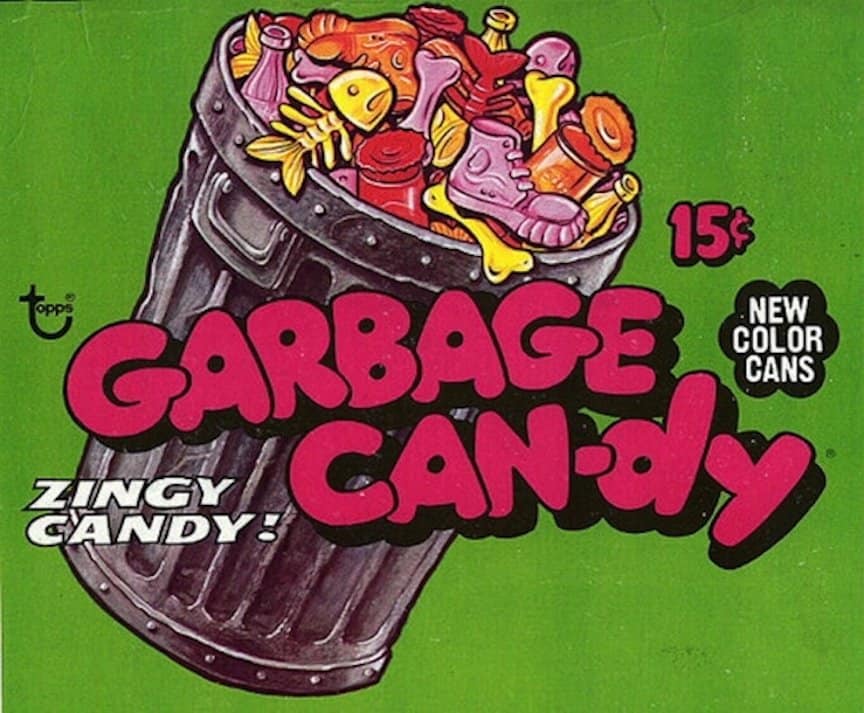 Thankfully this candy doesn’t get its name from the flavor of the treat inside. Still, that doesn’t change the fact that making sweets in the shape of garbage and selling them in a trash bin is any less bizarre. 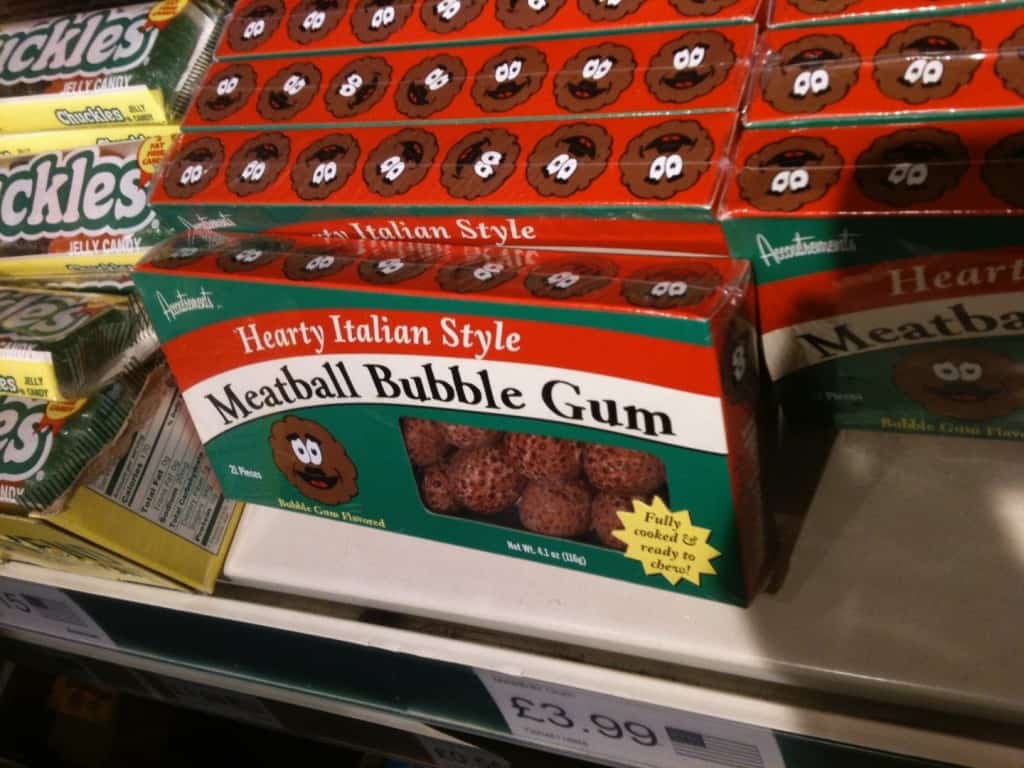 Meatballs are delicious no matter what cuisine they are coming from, but there are some cases when they are probably best to avoid. When in the form of a gumball, it is likely best to steer clear. 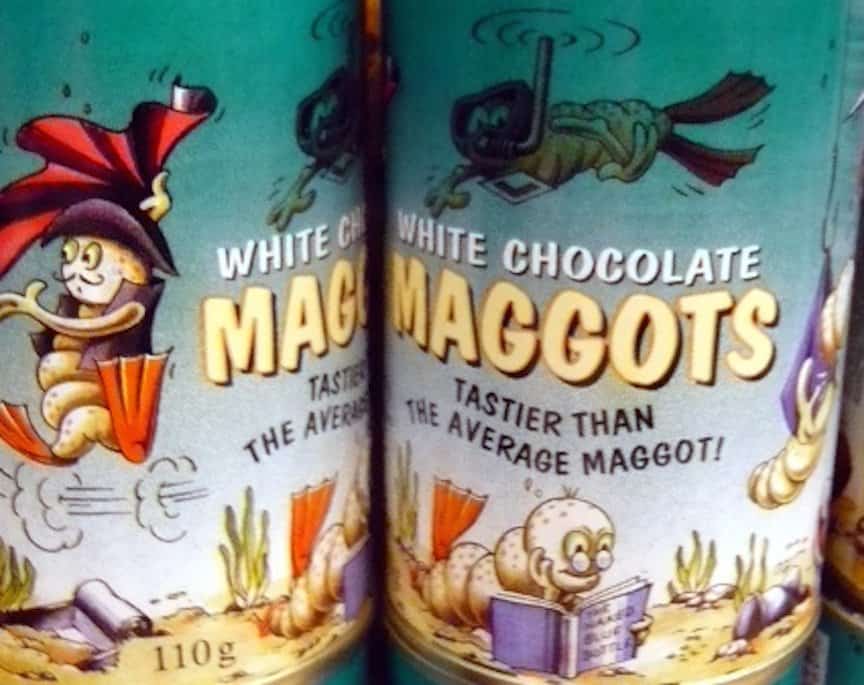 White chocolate is delectable, rich, creamy and infinitely delicious, or is it? It is truly amazing how you can instantaneously make something delicious it something disgusting by making it look like a maggot. 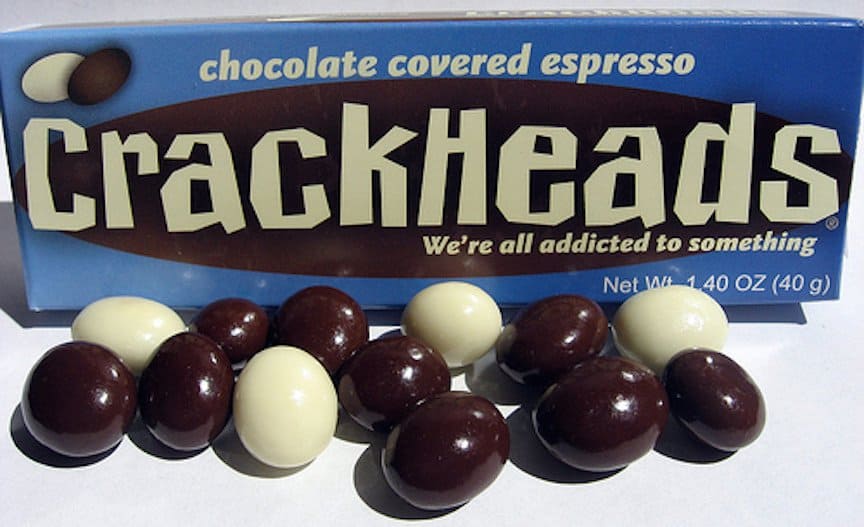 While in the grand scheme of things, chocolate covered espresso beans aren’t the nastiest things in the world, the name leaves a little bit to be desired. Sure, espresso makes you jumpy, but no one wants to be compared to a drug addict. 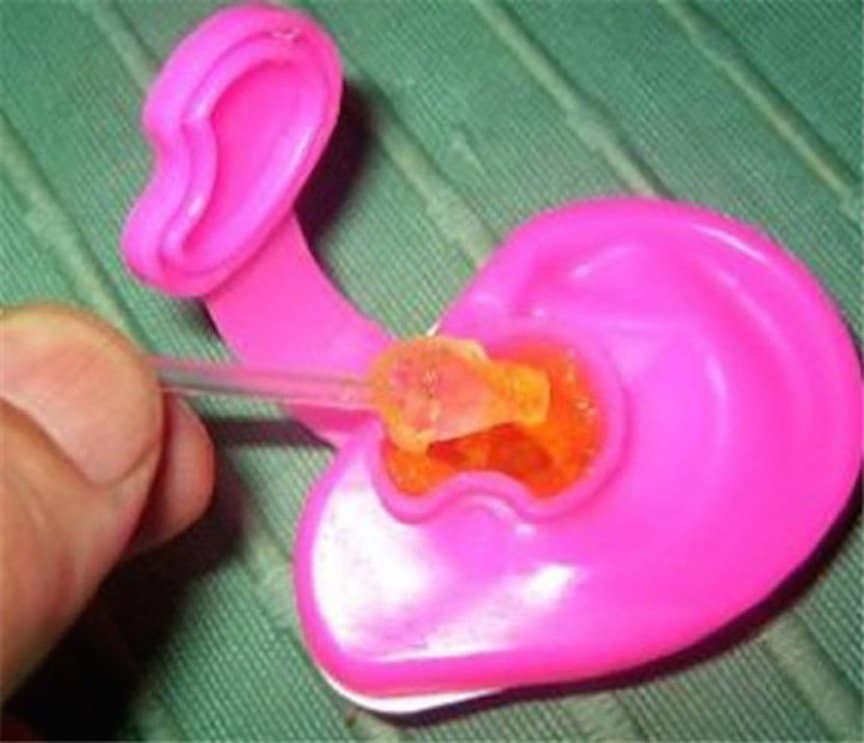 Earwax, while a part of everyday life, is gross — so the question is why would you want to eat it in candy form? Sadly, that probably isn’t a question even the inventors of this snack could ever hope to answer. 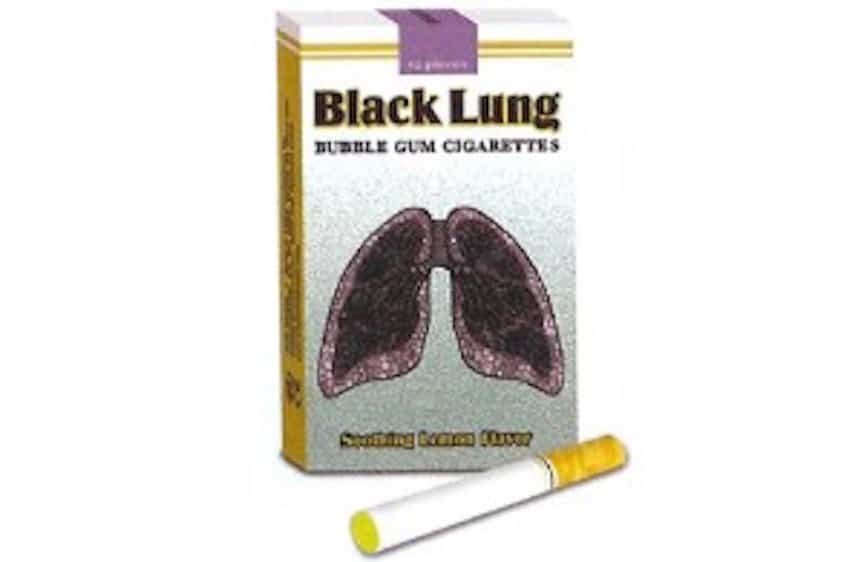 With all that we know about the health hazards of both cigarettes and sugar, this treat is as foul as it is ironically poignant. But don’t worry – it still has a refreshing lemon flavor. 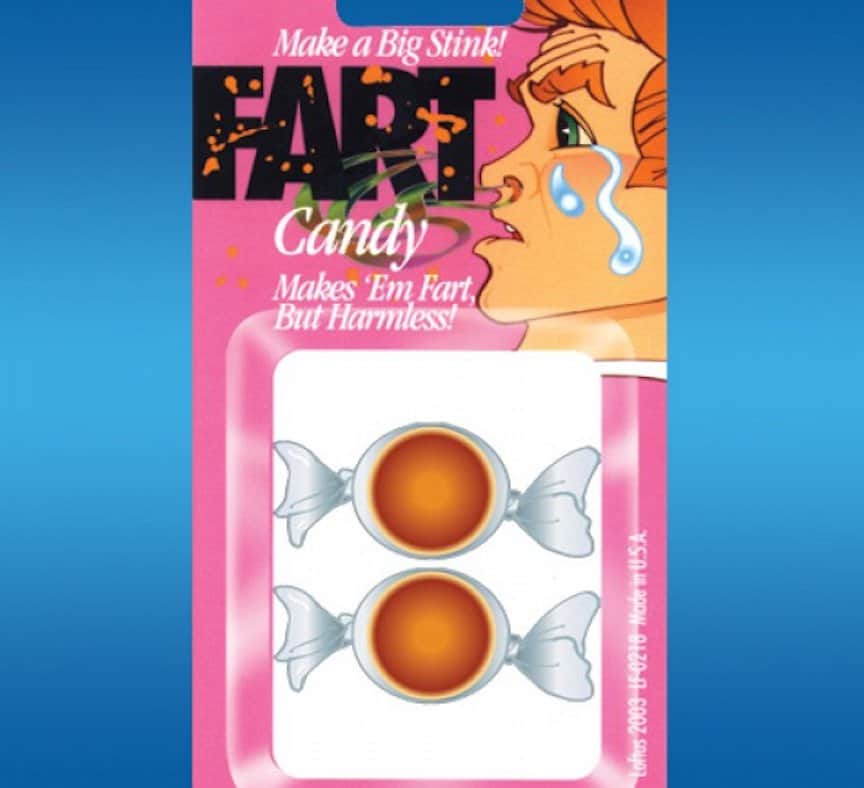 While this confection probably tastes good, it’s the after effect that you should worry about. In all likelihood it probably doesn’t work like most would hope, but that doesn’t make it any less off putting. 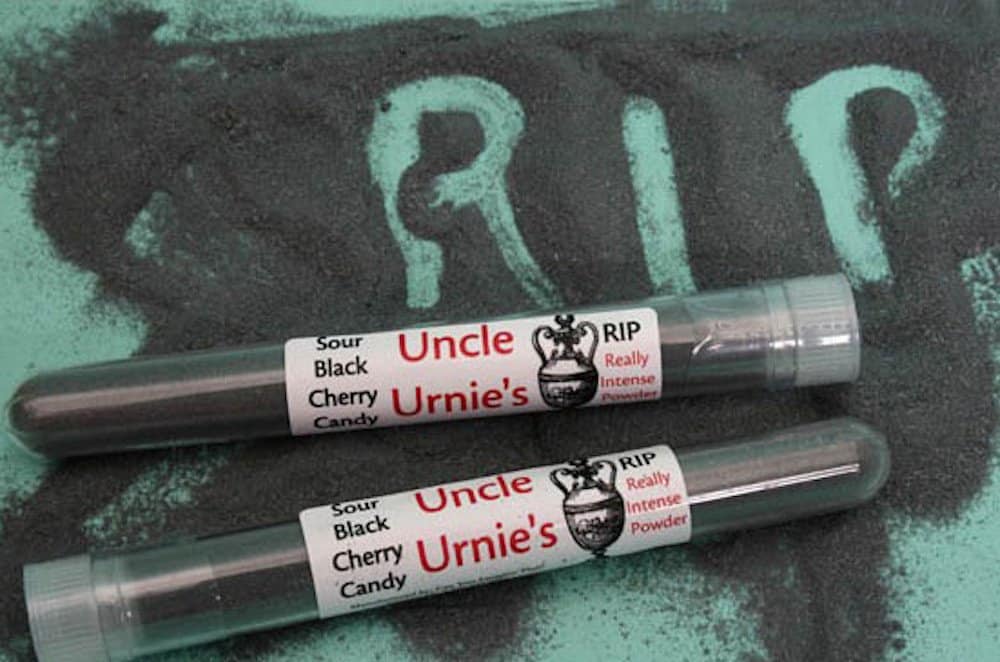 Powdered candies were all the rage at one time, but this version might turn the stomachs of the most avid Fun Dip and Pixie Stix fans. A candy that is supposed to look like the ashes of a dead person is so disturbing it’s almost pathetic. 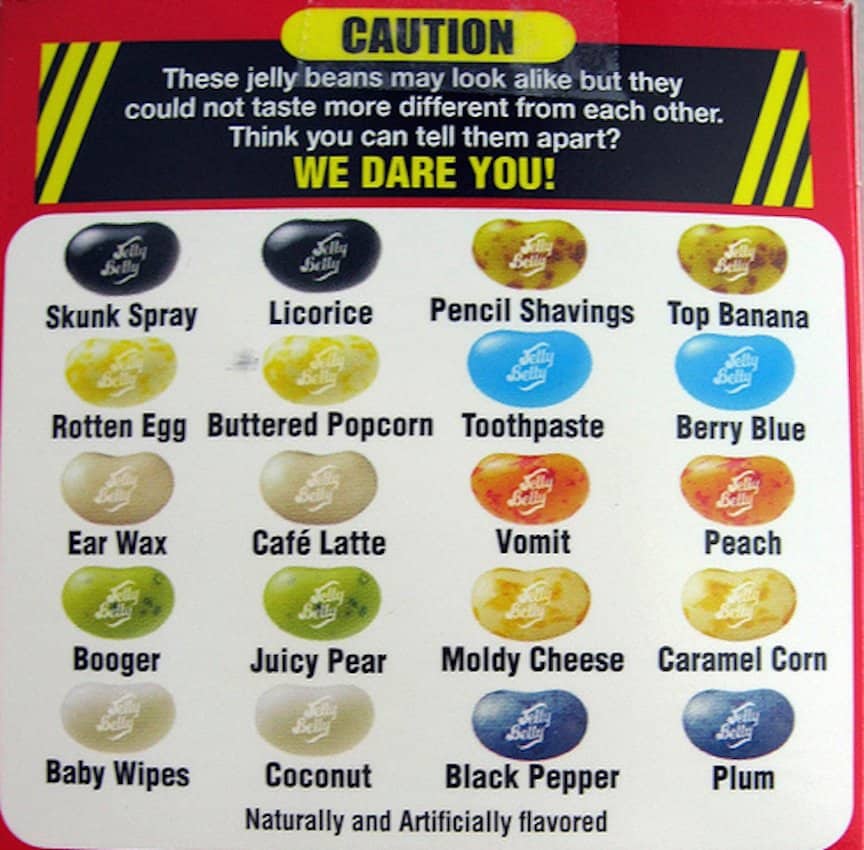 Most of the time Jelly Belly makes scrumptious candy in a range of wonderful flavors… emphasis on “most of the time.” While it might seem like a ruse, the famous jellybean makers have come up with so rather horrifying flavors, most likely to satisfy the Harry Potter Bertie Botts fans. 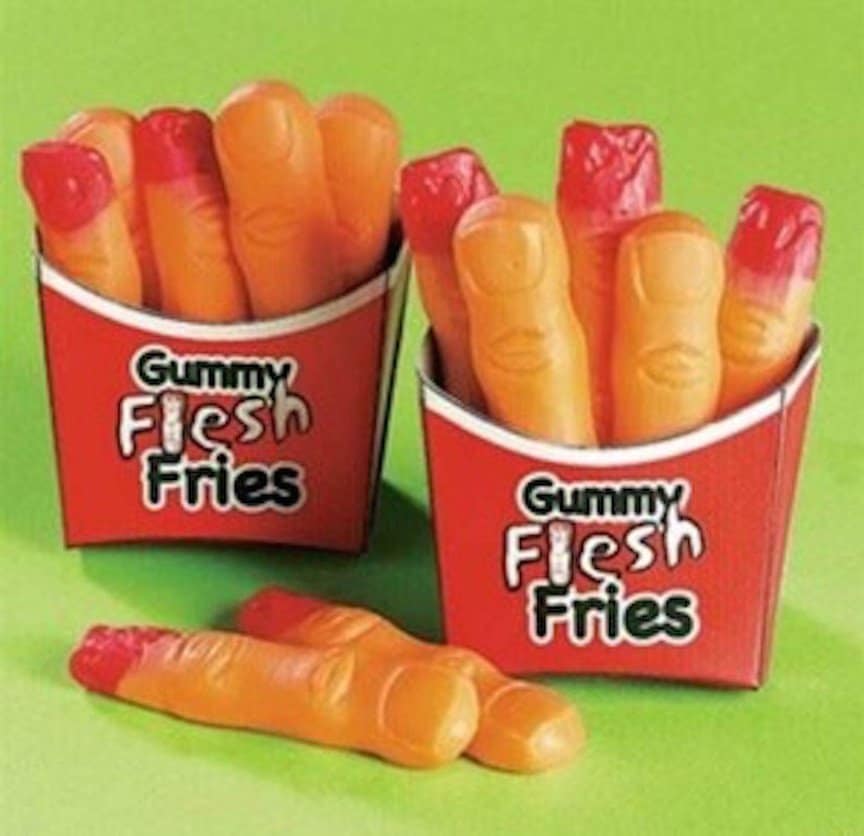 Halloween spawns a lot of weird novelty candy, but sometimes they take it a tad too far. It certainly ups the nauseating ante that they severe finger-shaped gummies in a French fries box. 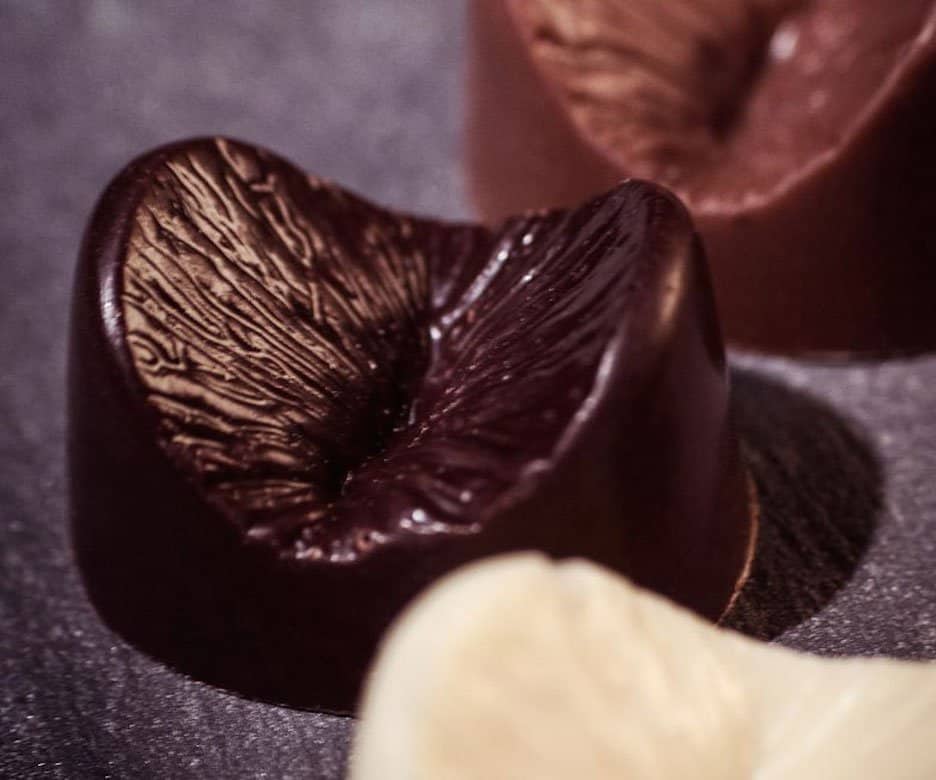 Even though they don’t taste like the infamous orifice, these little chocolates aren’t for the faint of heart. To their credit they look exactly like what their name suggests.

If you saw these candies without the dispenser, most people probably would have no trouble whatsoever eating them. But some people’s need to add toilet humor to everything will put many off to eating this. 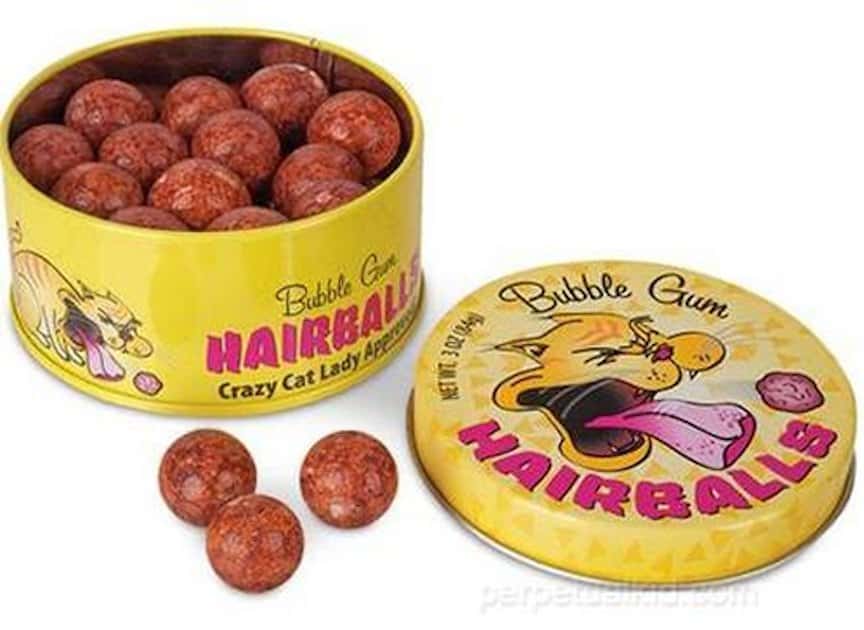 Anything and everything to do with cats is awesome, right? While that may be true of the apparently curative powers of YouTube cat videos, these gumballs are likely to push people away from all things feline in the future. 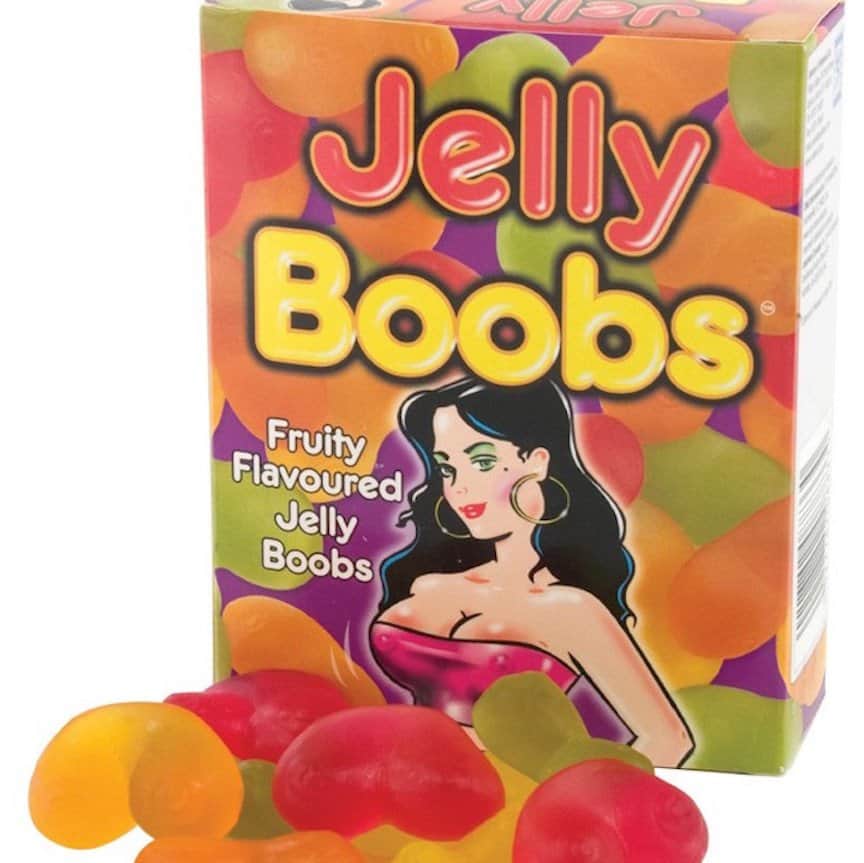 Granted plenty of people would probably find these candies both humorous and appetizing, there is a taste level that is in question (no pun intended). No doubt these squishy treats live right up to what they are modeled to look like.