Every heroic character in a film or novel has to go up against a notorious villain. Disney has a slew of ruthless, selfish villains that will do anything to get their way and come out on top. You’ve got to admit; you love to hate the villains. While there are entirely too many Disney villains to name, we’ve complied a list of 20 villains that you definitely grew up despising and made you root for the good guy. 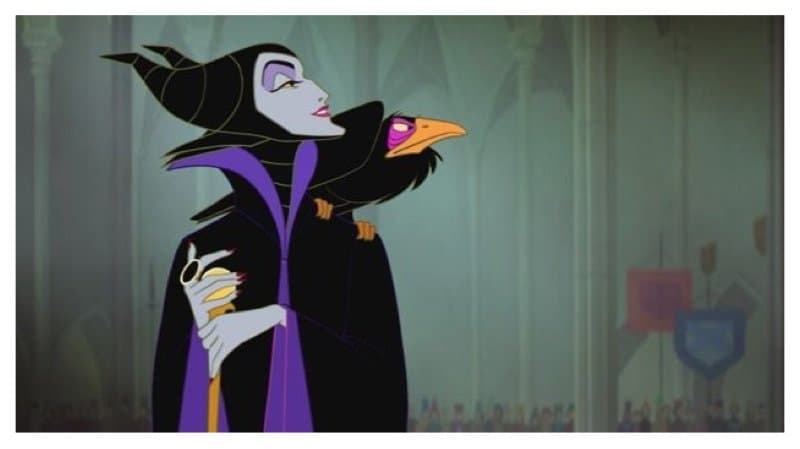 Maleficent is one of most iconic Disney villains of all time. She is responsible for creating a curse that caused Aurora to fall into a sleeping slumber, just because she wasn’t invited to Aurora’s christening celebration. Maleficent also had the capability of turning into a fire-breathing dragon to defeat her enemies. 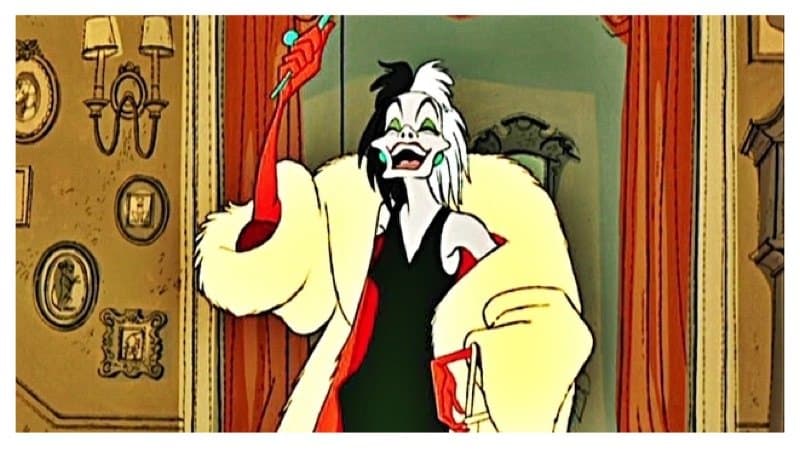 Cruella de Vil is the well-known character from 101 Dalmatians. We all loved to hate her as she tried so hard to get the adorable puppies from their owners in order to obtain their precious, spotted fur. 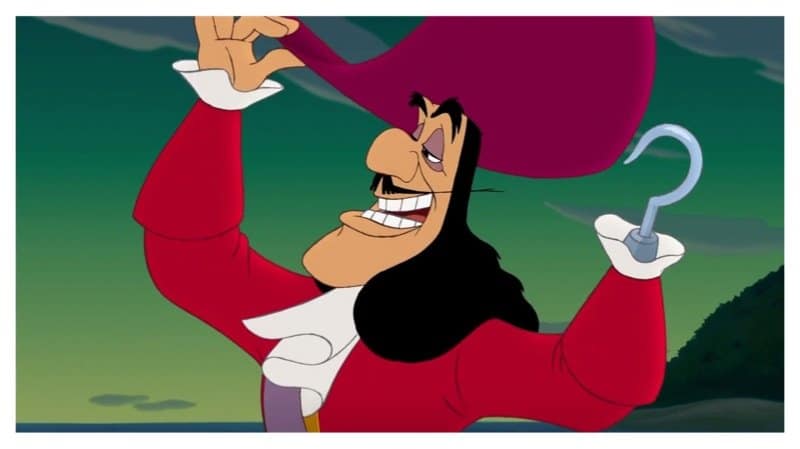 Captain Hook is the arch nemesis of Peter Pan. He tries his best to defeat and seek revenge on Peter Pan after he cuts off Hook’s hand and feeds it to a crocodile. Captain Hook feels as thought Peter Pan ruined his life. 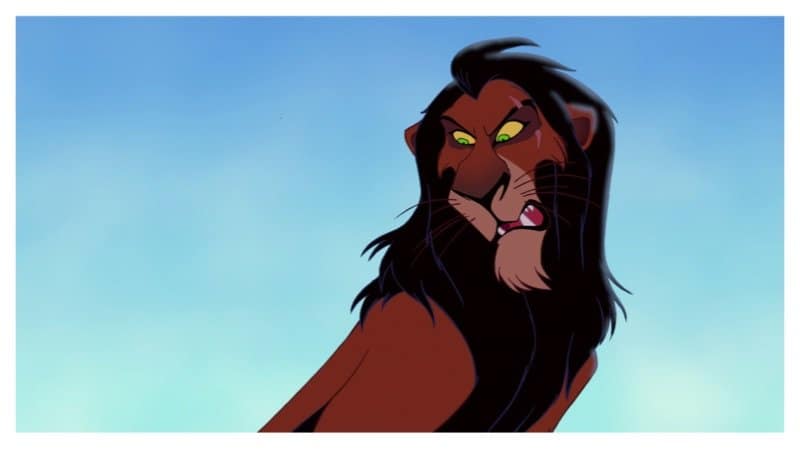 Scar killed is own brother, Mufasa in The Lion King. After that, he banished his young and only nephew, Simba, from the kingdom. Scar also convinced Simba that it was his fault that Mufasa was killed. 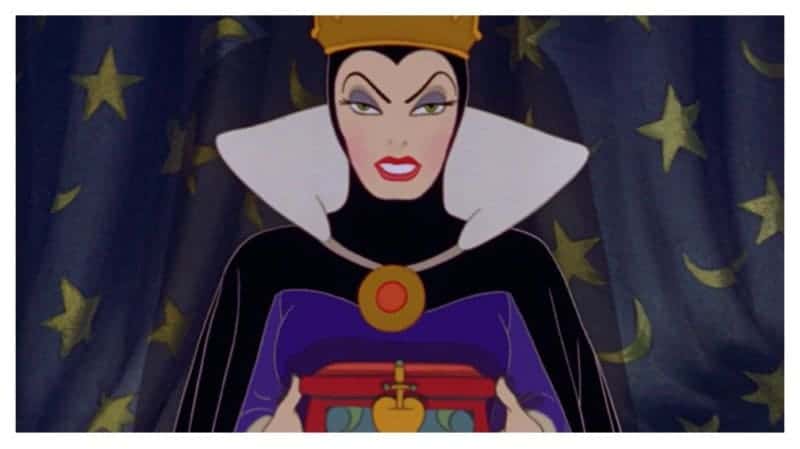 The Evil Queen deemed herself the fairest of them all until one day her Magic Mirror told her Snow White was the fairest. In order to get rid of Snow White, the Evil Queen transformed into an old hag and gave Snow White a poisonous apple, placing her under a sleeping spell. 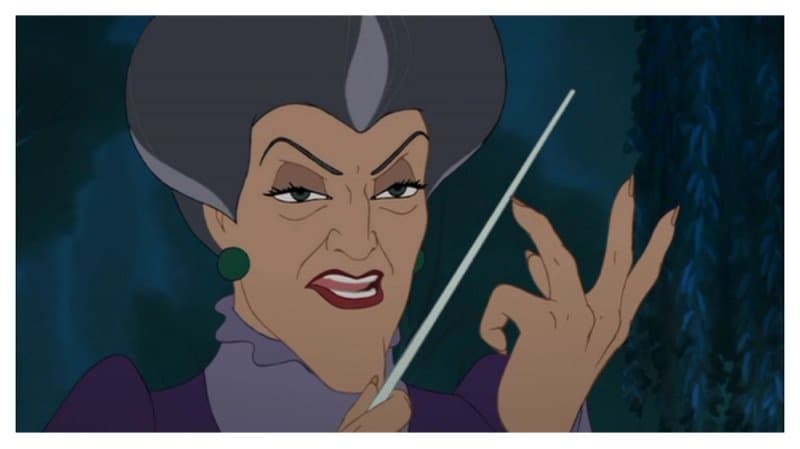 She was the wicked stepmother in Cinderella. Lady Tremaine treated Cinderella as her personal slave and had her stepsisters turn against her. She locked the poor Cinderella in the attic so that the Prince wouldn’t notice she was the one that left her shoe and the ball and whisk her away to the happy ending she truly needed. 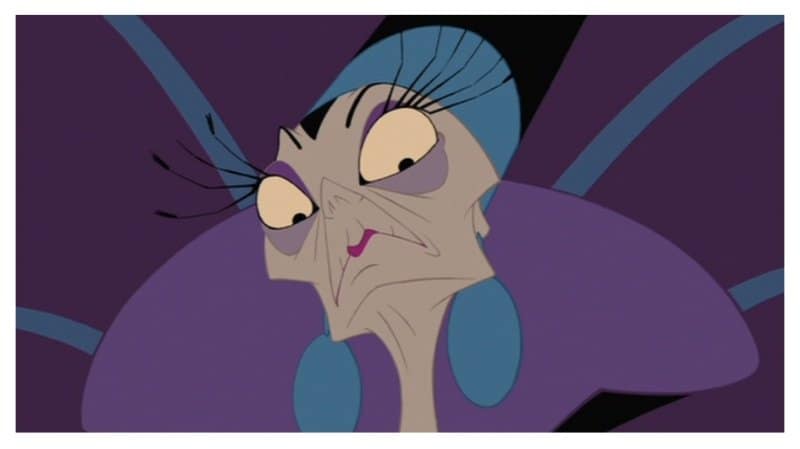 The eccentric and hilarious Yzma got revenge on Kuzco by turning him into a llama after he fired her from being his advisor for abusing her powers. Yzma initially thought she was poising Kuzco but instead she accidentally added some llama extract in the potion she was concocting. 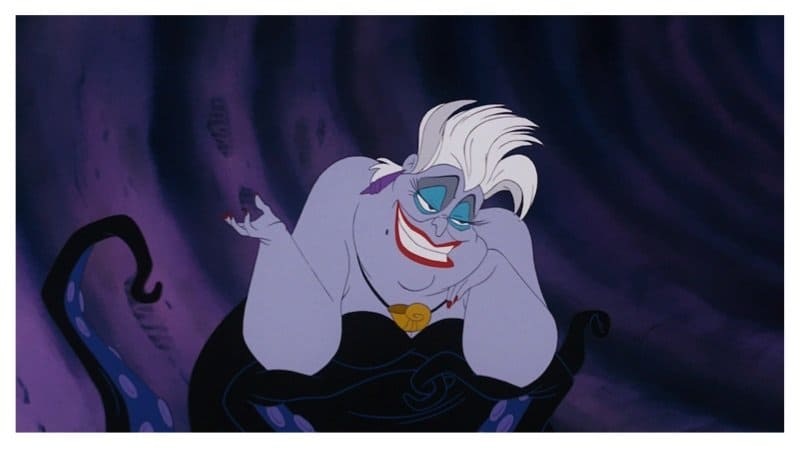 Ursula was able to trick the naive Ariel into giving up her beautiful voice in order to live the life as a human. The only way for Ariel to regain her voice was for Prince Eric to fall in love and kiss her. Being the true villain that she is, Ursula transformed into a woman and made Prince Eric fall in love with her instead. 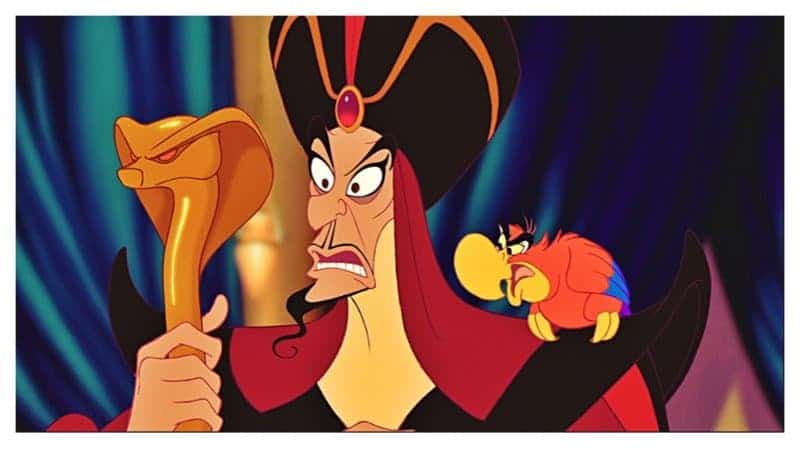 Jafar uses his sinister ways to try to gain power of Agrabah. He is the second most power person in Agrabah, and only takes orders from the Sultan. Jafar is so determined to gain power that he uses the Genie to make him the most powerful sorcerer in the world.

The Princess and the Frog – Dr. Facilier 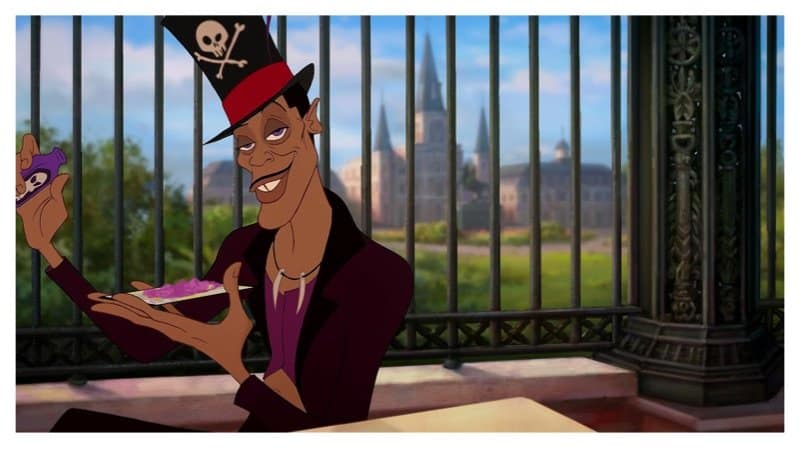 Dr. Facilier is also known as the Shadow Man. He is a known evil witch doctor that makes deals with the dead and practices voodoo. Dr. Facilier tricks people into making deals and often doesn’t give them what he promises. 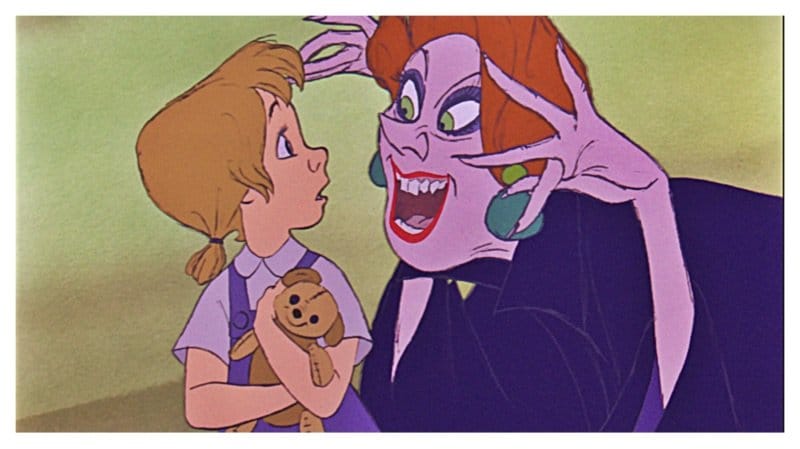 Madame Medusa is a self-composed, greedy individual. She has an obsession with diamonds. Madame Medusa kidnaps Penny, a poor orphan, and uses her to fetch the Devil’s Eye, the largest diamond in the world for her. 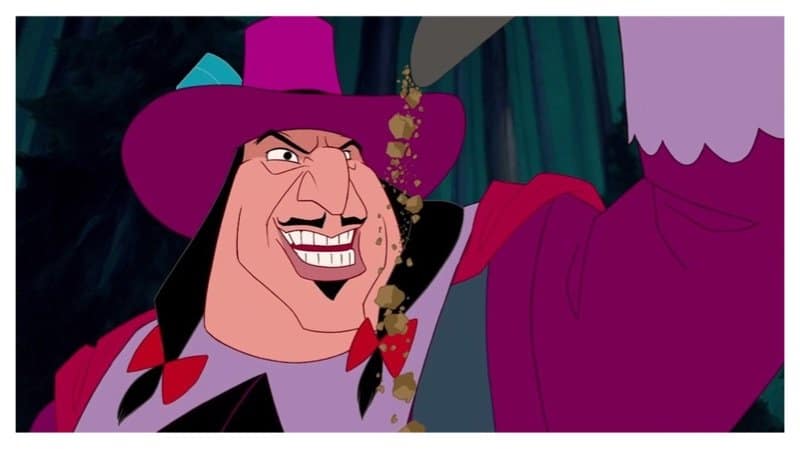 Governor Ratcliffe is a greedy, money hungry man. He wants to colonize the land of the Native Americans so that he can achieve one last hurrah, and make a name for himself. Ratcliffe wants the land so that he can acquire more gold, and get rid of Pocahontas and her entire race of Indians. 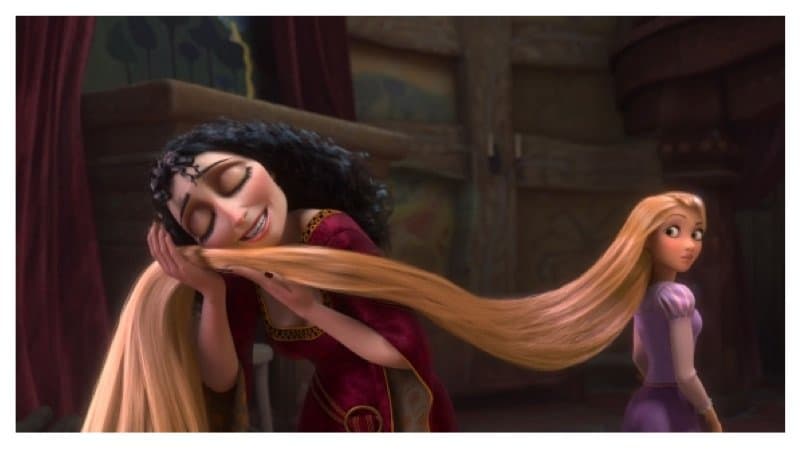 Mother Gothel kidnapped an infant Rapunzel and locked her away in a tower for eternity. Mother Gothel wanted to retain her youthful beauty and was able to do so thanks to Rapunzel’s, long, magical, golden locks. 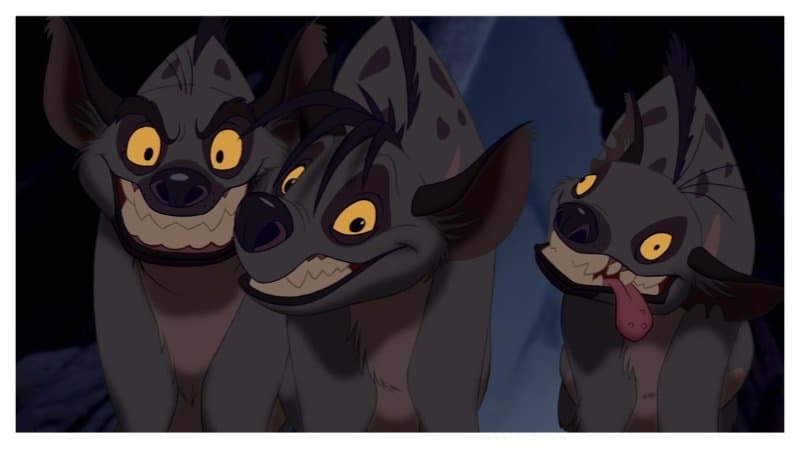 Shenzi, Banzai and Ed are spotted hyenas and are Scar’s minions. The trio tries their best to get rid of Simba for their master, Scar. However, at the end of the film when their leader Scar betrays them, they band together and kill Scar.

Alice in Wonderland – Queen of Hearts 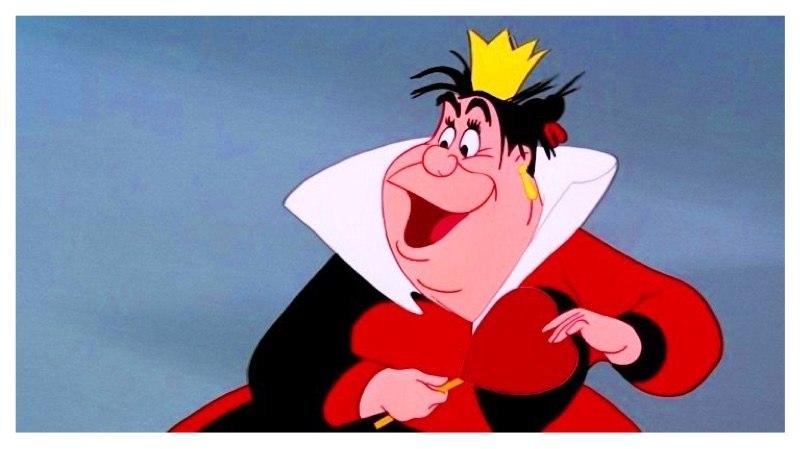 The Queen of Hearts had a thing for offing people’s heads when things don’t go her way. She is the deranged and psychotic ruler of Wonderland. 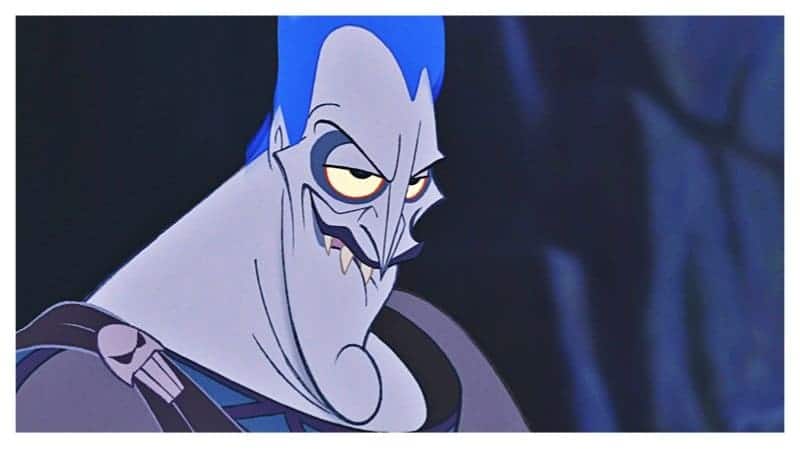 In an attempt to takeover Mount Olympus from Zeus, he decides to come up with a plan to unleash the powerful Titans eighteen years after the birth of Hercules. If Hercules fights against the Titans, Hades’ plan will fail. He decides to get his minions, Pain and Panic to feed an infant Hercules a potion that will transform him into a mortal. Once Hercules is mortal, Pain and Panic would kill him. They, of course, fail.

Beauty And The Beast – Gaston 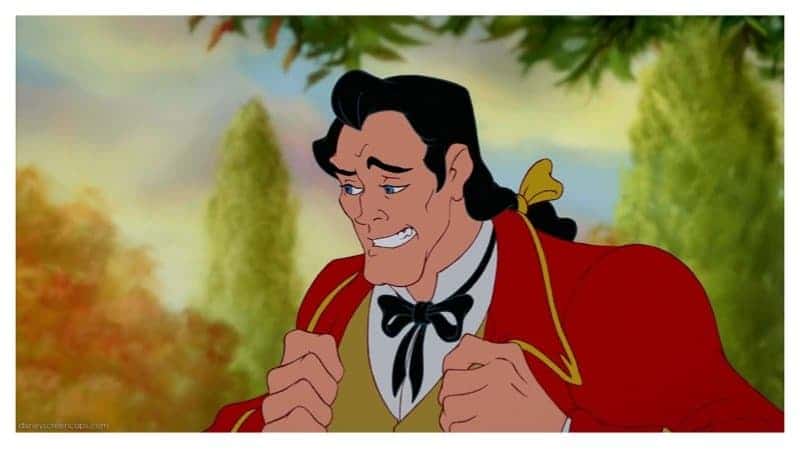 Gaston is a self-centered man that thinks he is a gift to all women. He attempts to pursue Belle and proposes to her, but she turns him down. Belle tells Gaston the Beast is a better person than he is, forcing Gaston to attempt to kill the Beast due to his hurt ego. 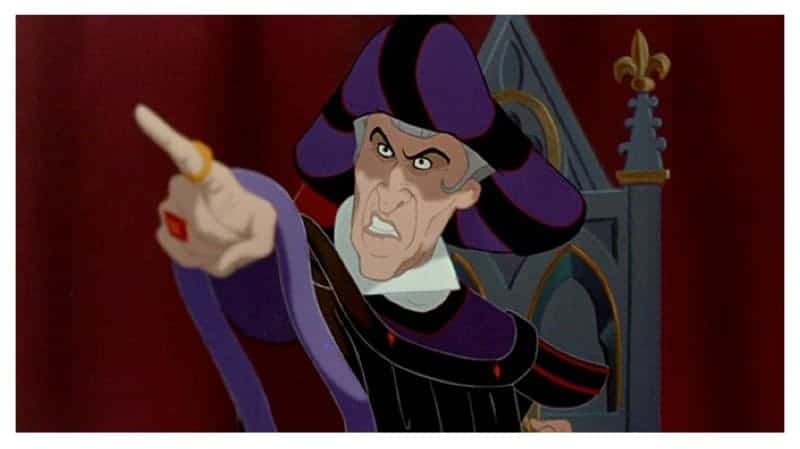 Judge Claude Frollo killed Quasimodo’s mother because she was a gypsy. In order to have his sin forgiven, he decides to raise him as his own. Frollo continues to try to rid his town from gypsies after developing lust for the beautiful Esmerelda and hates her budding friendship with Quasimodo.

Lady And The Tramp – Si and Am 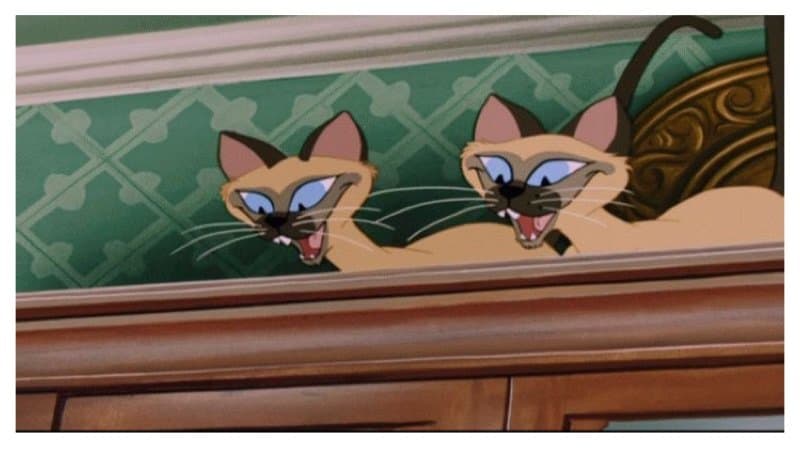 The sneaky, sinister Siamese cats use their ways to get others in trouble. They tell Lady that they will drink some of her newborn’s milk, which causes Lady to chase after them. Due to this, Si and Am are injured, and of course, Lady gets the blame. Thanks to their conniving ways, Lady gets muzzled. 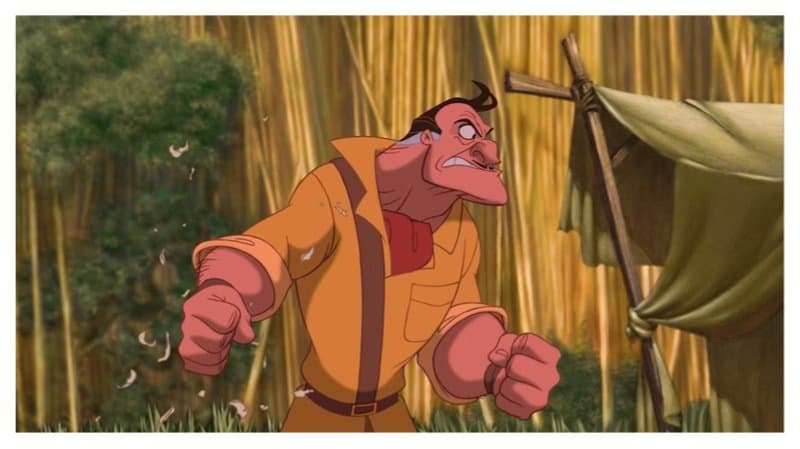 Clayton tries his best to get rid of the gorillas so that he could sell them to the zoo. He also attempts to kill Tarzan so that he wouldn’t get in his way of capturing the gorillas.