Pregnancy is a joyous occasion that should be celebrated by anyone lucky enough to be blessed by it. But just because it’s a happy time, doesn’t mean that troubles don’t follow it as well. While it might be slightly unpleasant for the mother-to-be to get hugely rotund, it gives the rest of us the chance to admire their strength and laugh at how painfully cute they look when they waddle around. Like humans, all animals have their own little oddities and quirks when it comes to pregnancy, but one thing we all have in common is how adorably fat we all get. 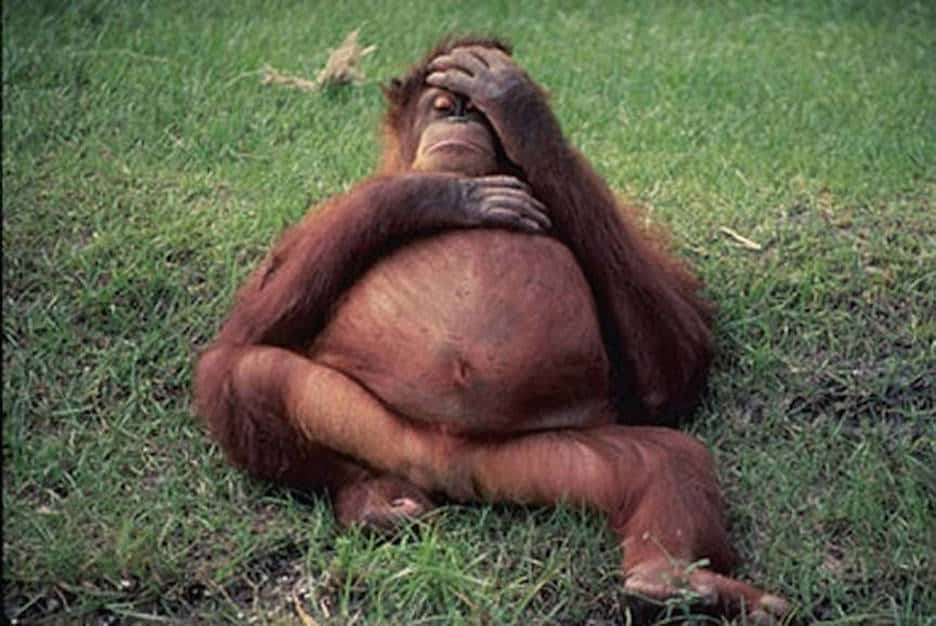 Much like humans, orangutans carry their babies for about 9 months. Unlike humans, the young breastfeed for about 5 years and then leave their mother at 10 years old – must be nice not to have to worry about saving up for college tuition. 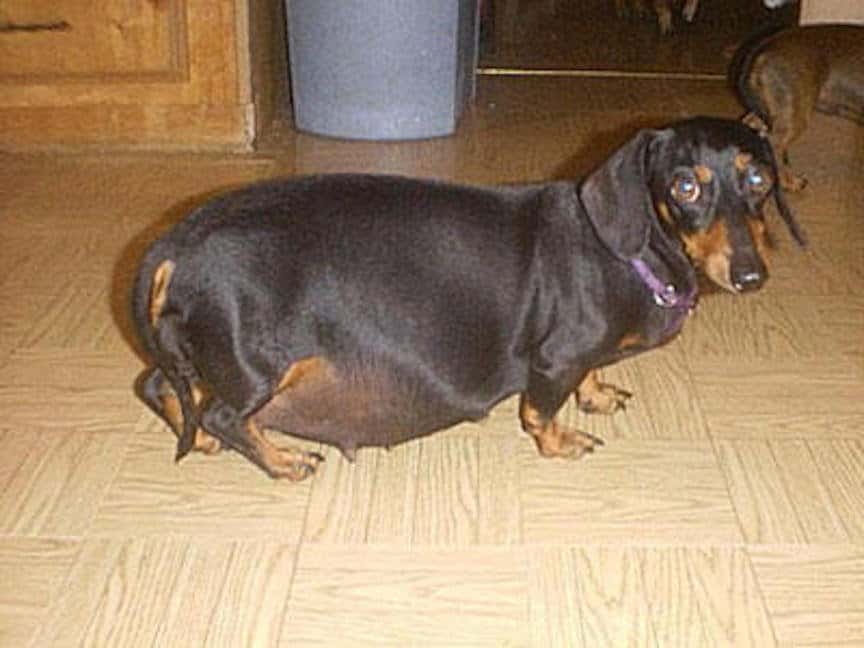 As with most small dogs, dachshund pregnancies last for only about 60 days. Sometimes their belly grows farther than their little legs, making it extremely difficult to walk – at least they don’t have to worry about trying to fit their swollen feet into their shoes. 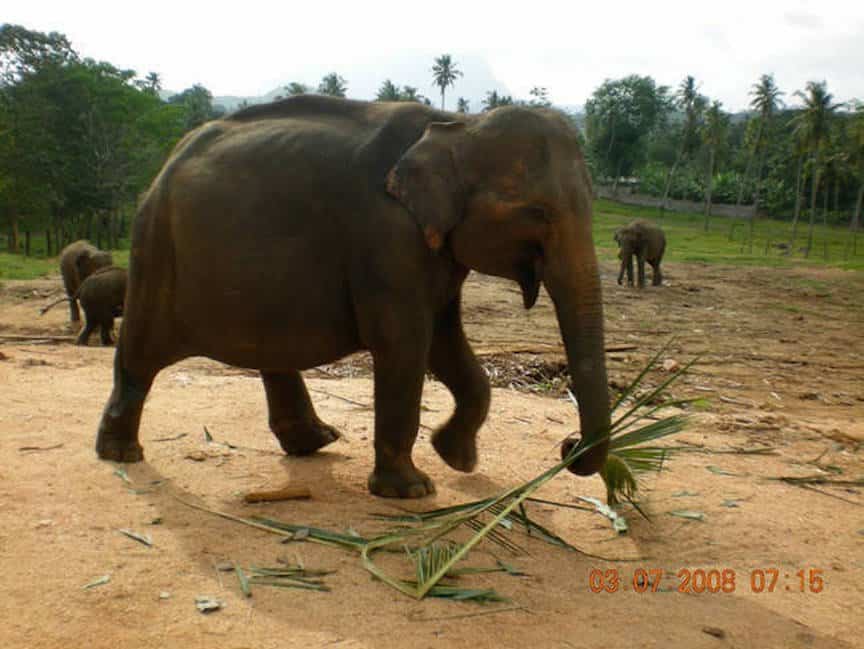 You think nine months is a ridiculously long pregnancy? Try keeping that bun in your oven for two years like an elephant! 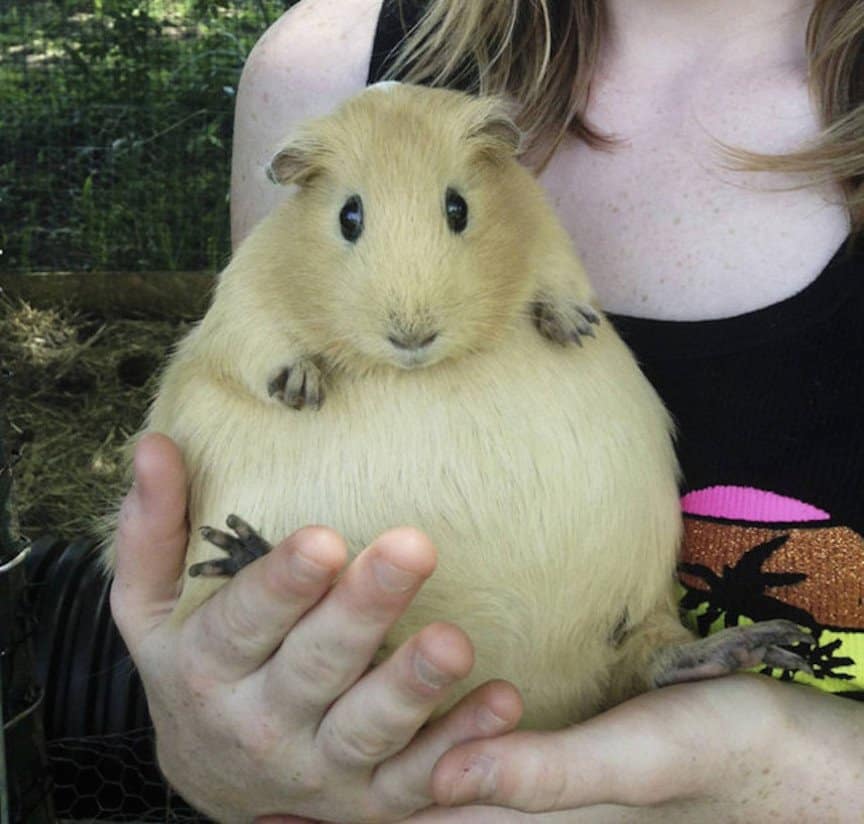 While people generally think of rabbits as prolific breeders, guinea pigs become sexually mature at three weeks. That combined with the fact that its very difficult to outwardly judge whether a female is pregnant, be cautious if you’re thinking of purchasing one from the pet store – many an unknowing customer has brought home a guinea pig with some free ones on the way. 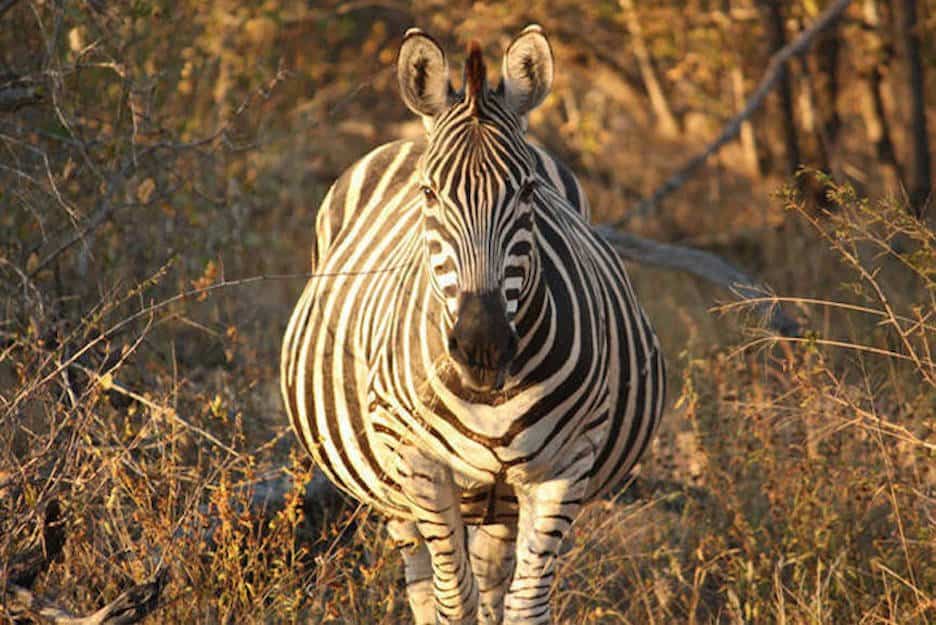 The tales of a zebra being able to stand up immediately after birth may seem like just a curiosity, but it is essential for the foal’s survival. You thought the bullies at your child’s school were need to worry – at least they don’t have to worry about being eaten by lions. 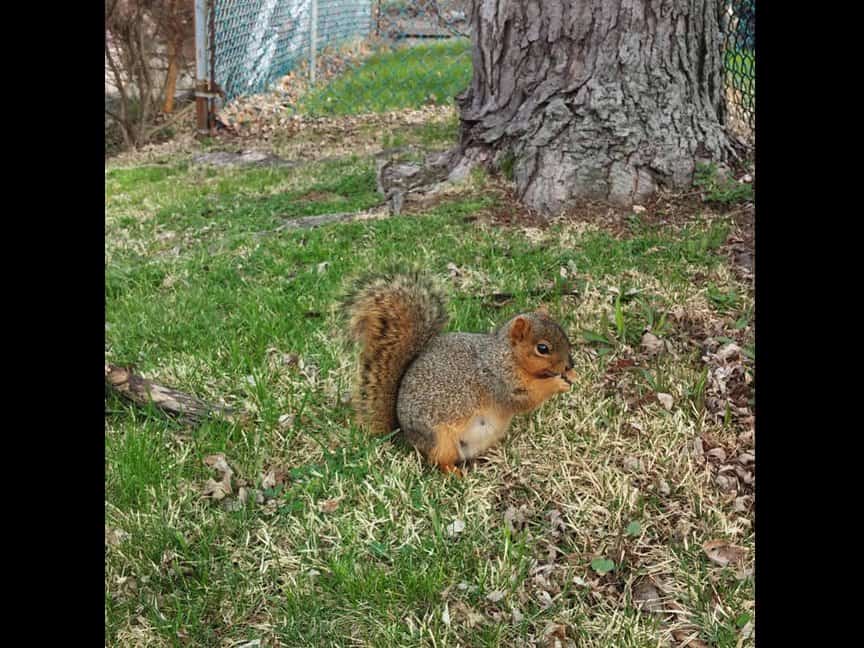 Squirrels are annoying if for no other reasons than there are so many of them. That’s because the females have litters of 3-4 pups twice a year. 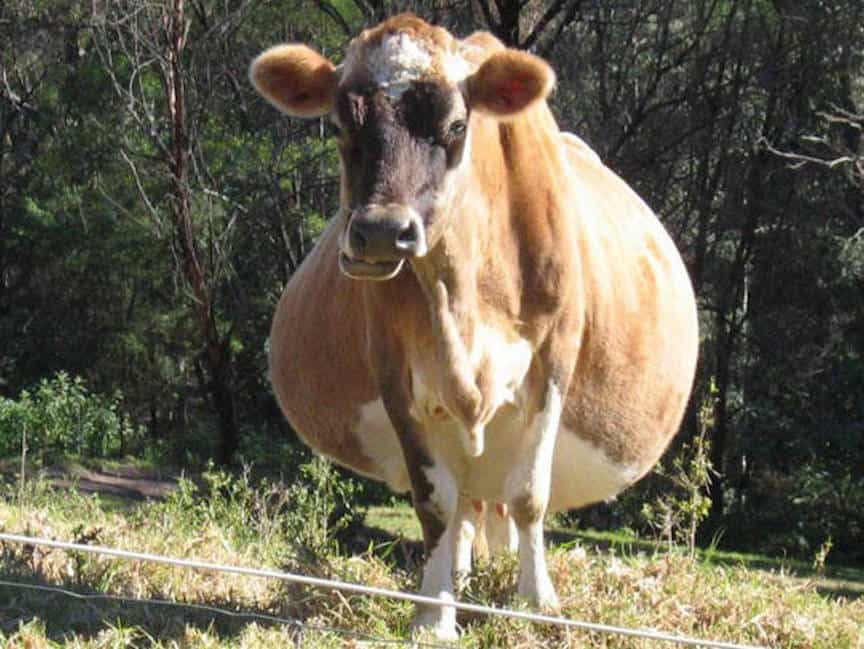 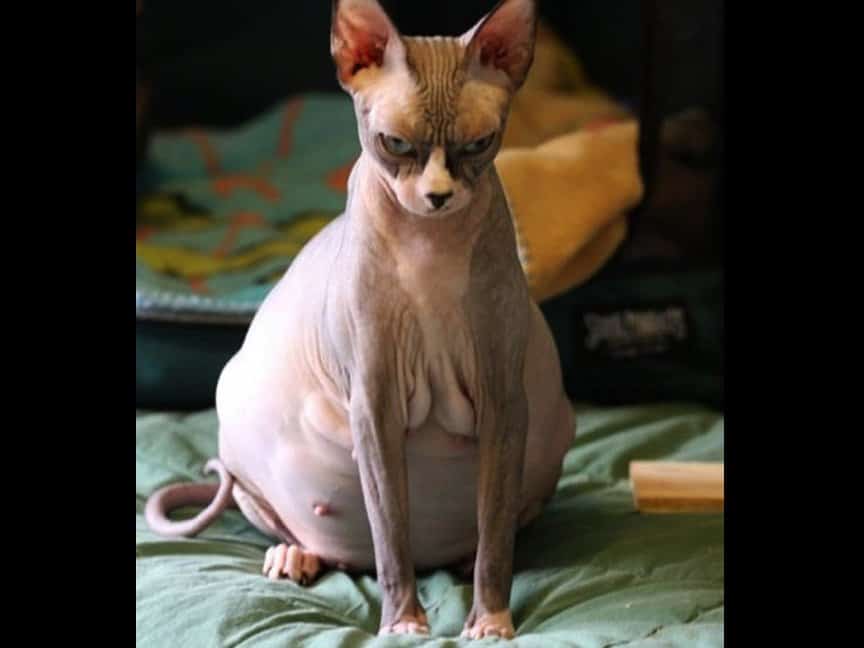 With all of those adorable cat videos floating around on YouTube, every wants their own baby feline furl. But its actually best to wait if you can – cats aren’t fully weaned until about 8 weeks. 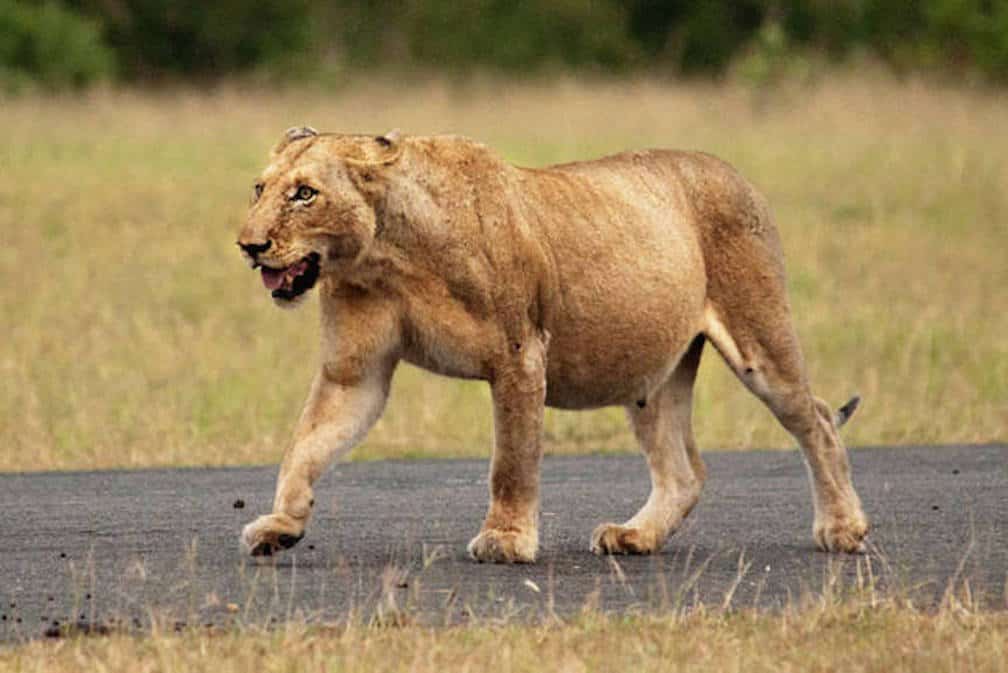 People like to say that, “it takes a village to raise a child.” When a lioness gives birth, it is incredibly common for the other females in the pride to nurse the young. 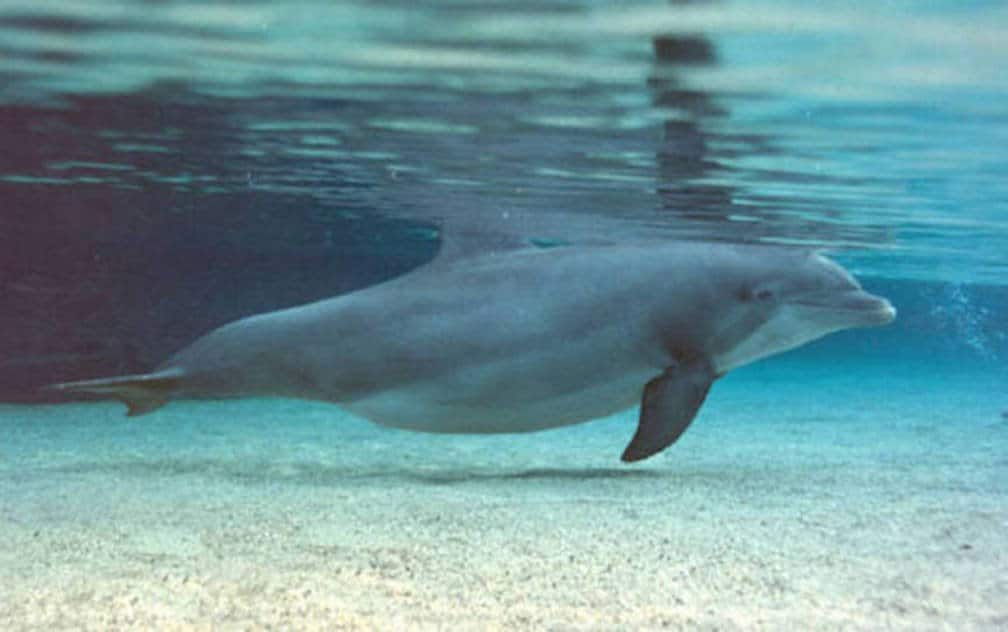 Dolphin pregnancies last for about a year, giving birth to one calf. Unlike other nursing mammals, dolphins dispense milk to their young instead of letting the pups suckle at will. A lot easier than bottle feeding and breast pumps, right? 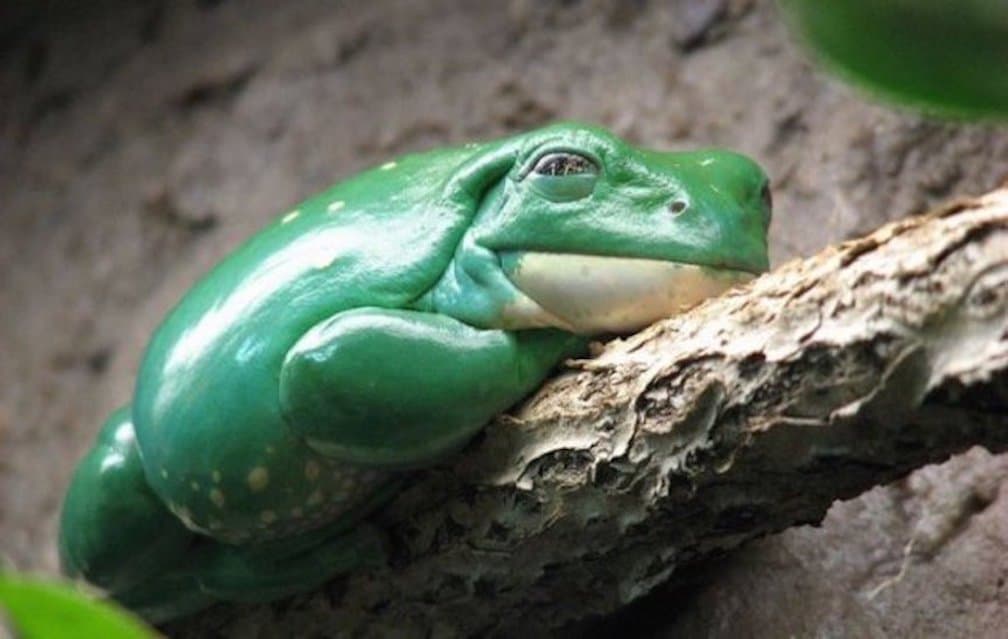 While most frogs lays their fertilized eggs and never return to them again, there is a certain type of frog that caries its eggs in its stomach. The mother eats the eggs, they hatch, and after they mature enough she regurgitates them to finish growing – as if pregnancy didn’t involve enough vomiting already. 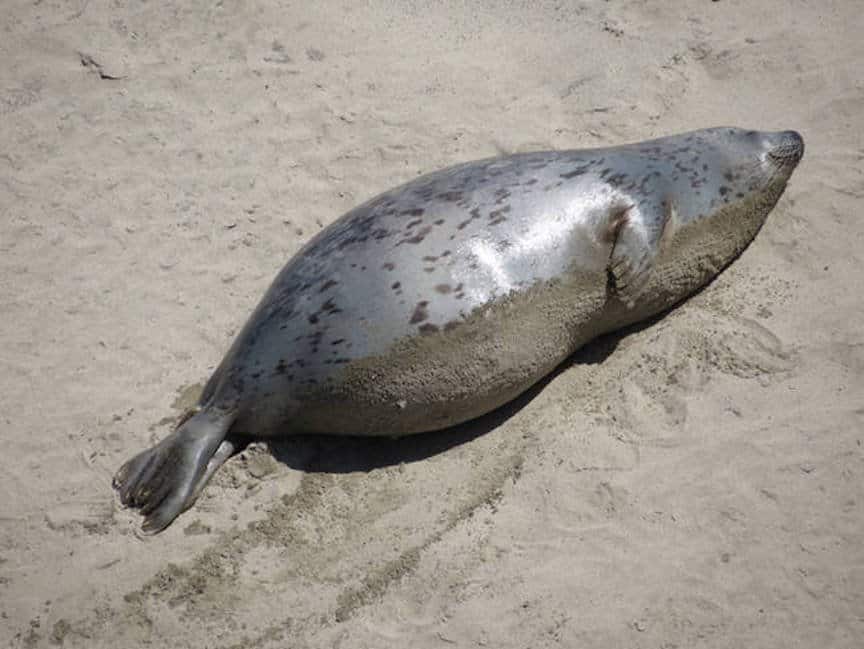 Like lots of other mammals, male seals impregnate multiple female during a mating season. Fur seals are known to copulate with up to 50 females or more – now that’s what you call a baby daddy. 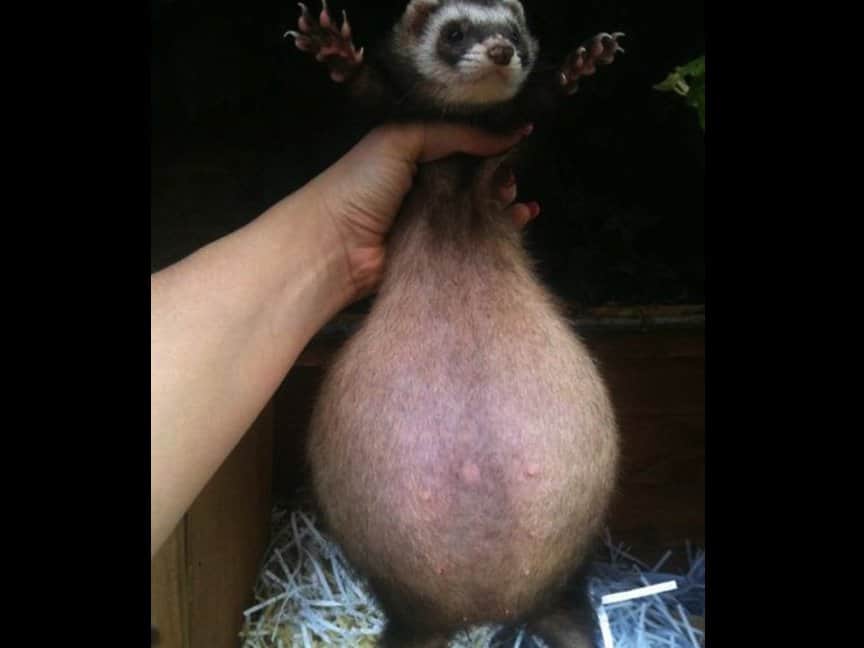 Lots of animals have protective instincts that border on fearsome, but ferrets have an usual method of protecting their babies – cannibalizing them. We’ve all known a few mothers who’ve thought about doing that, but rather for their own sanity. 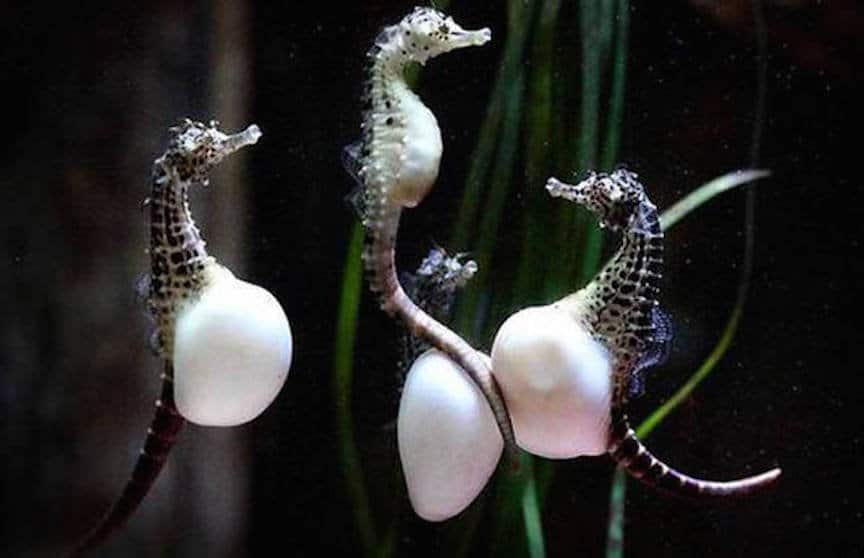 There’s a joke that the most common craving a woman has during pregnancy is for the father to carry the baby. Oh, to be a seahorse – the female deposits her eggs inside the male’s special stomach pouch, where he carries them until they are ready to hatch. 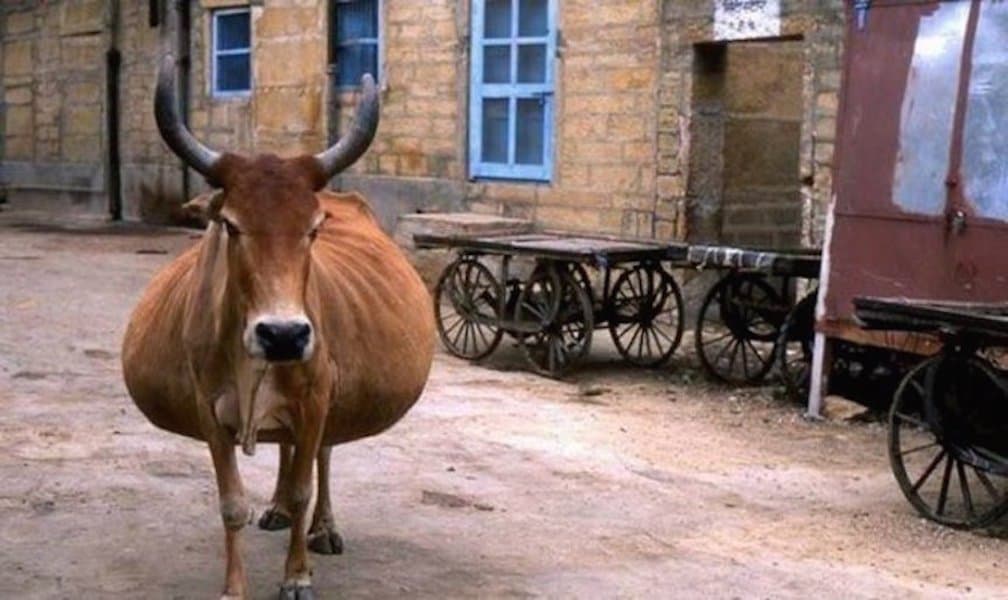 Since they are mostly livestock animals, most people probably don’t think about the maternal instincts of cows. Heifers are known to try and protect their newborn young after years of having their babies taken from them. 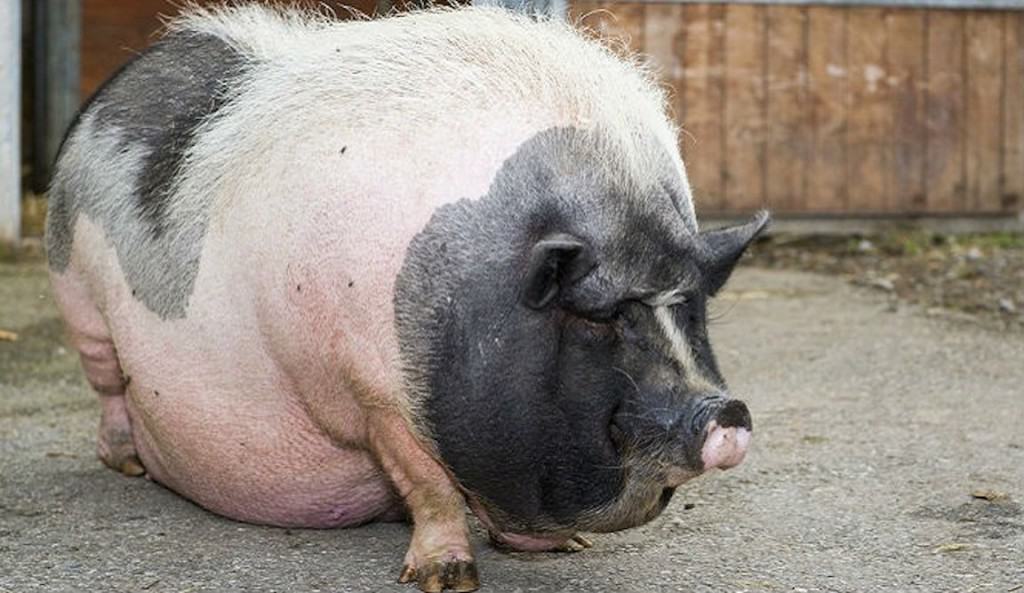 Pigs might seem like sweet, rotund, adorable animals – in the 80’s, it was very en vogue to keep them as pets. What you may not know is that is it very ill advised to try and touch a mother’s newborn young – she can be very vicious and aggressive if she thinks you are threatening her babies. 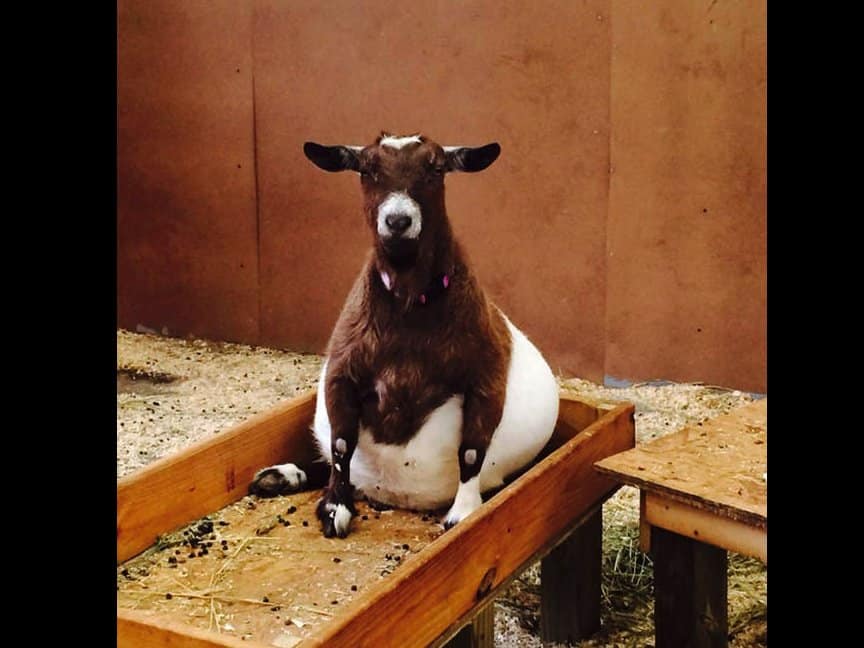 Like so many mothers, goats (or nannies rather) are extremely protective of their young, especially in utero. Even if a pregnant mother is dying of thirst, she will refuse to drink water that isn’t completely clean. 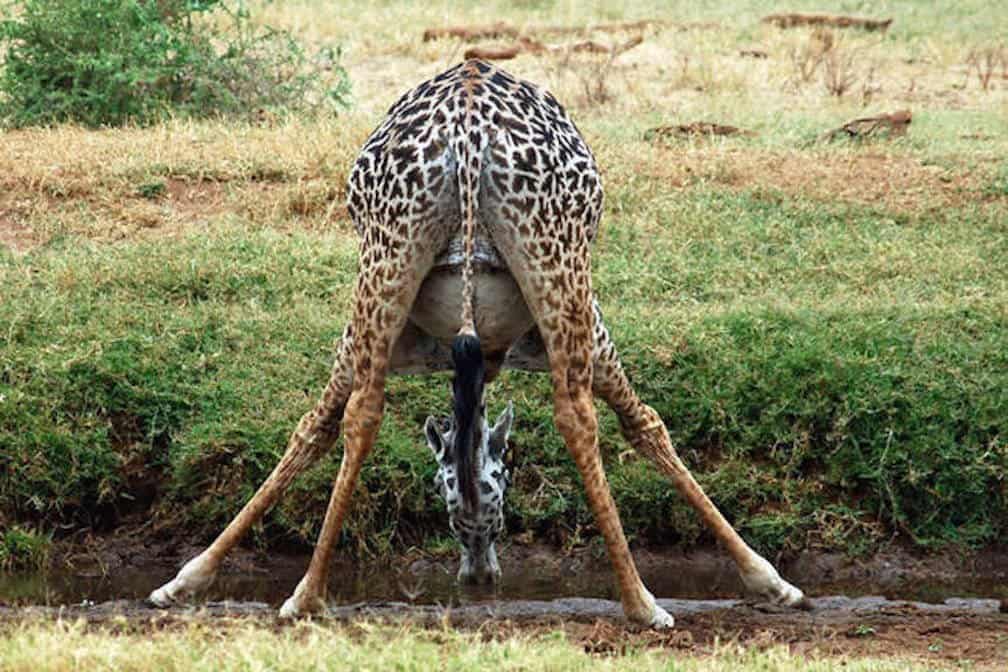 So you’re worried about having to give birth to a big baby, eh? The average baby giraffe is about 6 foot 6 inches tall when its born! 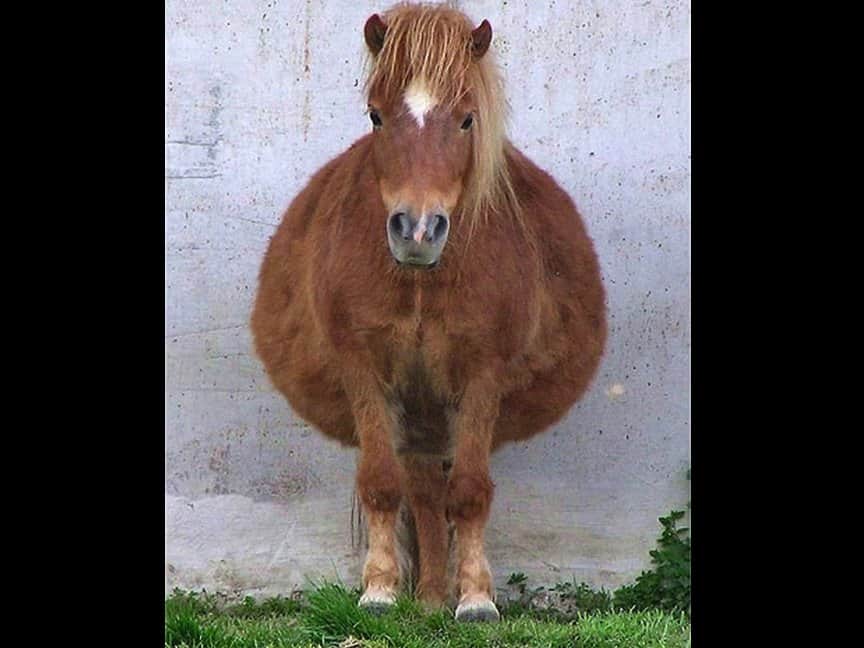 While horses get larger during pregnancy, it isn’t until right before they give birth that their belly drops and really protrudes out. If mares wore bathing suits, they certainly be the envy of all pregnant ladies during beach season. 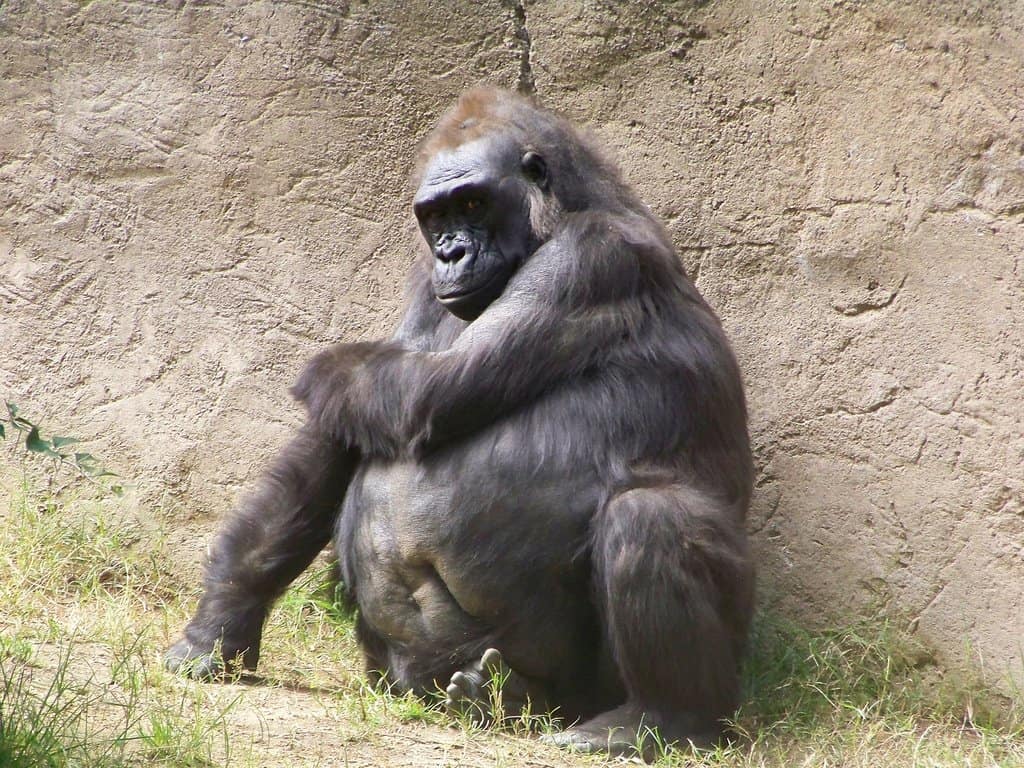 In the world of primates, gorillas are the most intimidating of all the apes. And yet, as aggressive as they seem, they take excellent care of their young – male gorillas are even known to adopt and care for orphaned babies.