Not all plants and flowers should be appreciated. As it turns out, plants often possess an uncanny intelligence. Some try to form a symbiosis with mammals, as in cases where plants produce edible fruits for mammals for the sake of seed dispersal. Some plants, however, take the opposite route: they produce extremely lethal defense mechanisms. Plants cannot get up and run away from predators, so often they’ll produce a cocktail of toxins with which to defend themselves. The following list consists of such dangerous plants, and as you’ll find out, some of these plants just might be in your home, backyard or even at your children’s school. What’s more, there are other plants that produce what seems to be ripe, succulent fruit, but are hiding a harmful surprise. 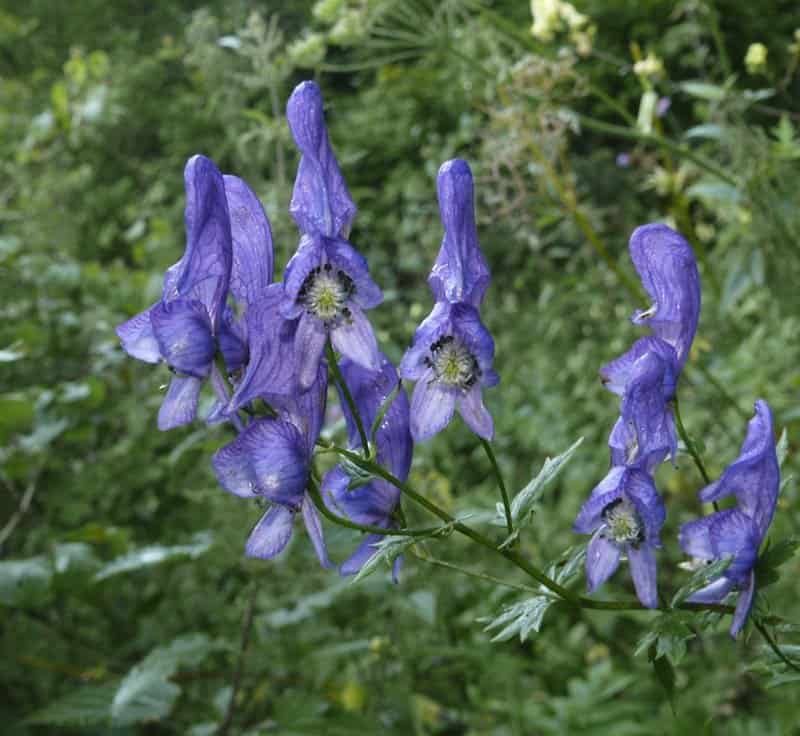 Usually found in the mountain regions of Northern Europe and Asia, Wolfsbane is a genus of over 250 species of plants. It contains alkaloid pseudaconitine, which leads to eventual asphyxiation once ingested. This one is particularly dangerous as it can be absorbed through skin. Furthermore, this plant has been used to lace arrows with its poison, or on harpoons when hunting whales. 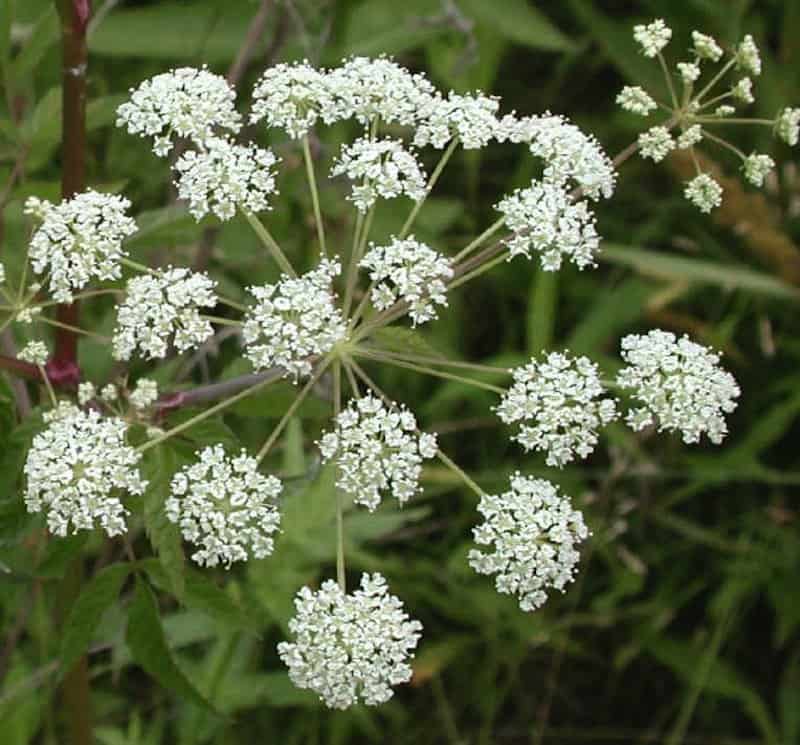 This plant is often found in the warmer climates of the northern hemisphere. This one is famous because it was used to execute Socrates, the philosopher. It contains cicutoxin, which upon ingestion usually causes seizures within 15 minutes, followed later by respiratory failure or ventricular fibrillation. The extra danger with this plant is that it resembles others in the family Apiaceae, some of which are edible. 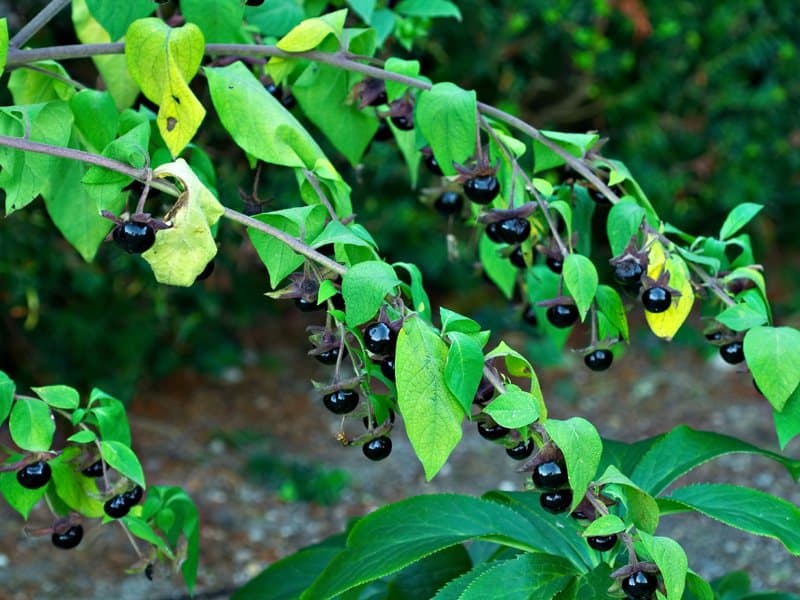 Also known as “Deadly Nightshade”, Belladonna is native to northern Africa, Europe and western Asia. It contains tropane alkaloids. About 2-5 berries are lethal, or simply eating a single leaf. It causes a whole host of bizarre symptoms, but the most lethal is the disruption of a human’s involuntary actions like breathing, heart rate, sweating. Ironically, this poison has been used in much smaller quantities for medicinal purposes. 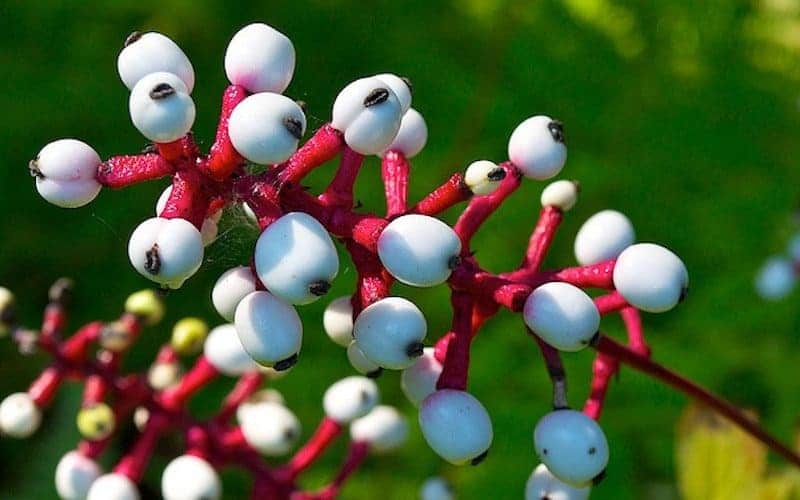 Native to northern and easter parts of North America. The berries (which look like eyes, hence the name) have claimed the deaths of many children, as they are sweet tasting. Once ingested, the toxins work almost instantaneously to sedate the heart muscles, which soon causes cardiac arrest. 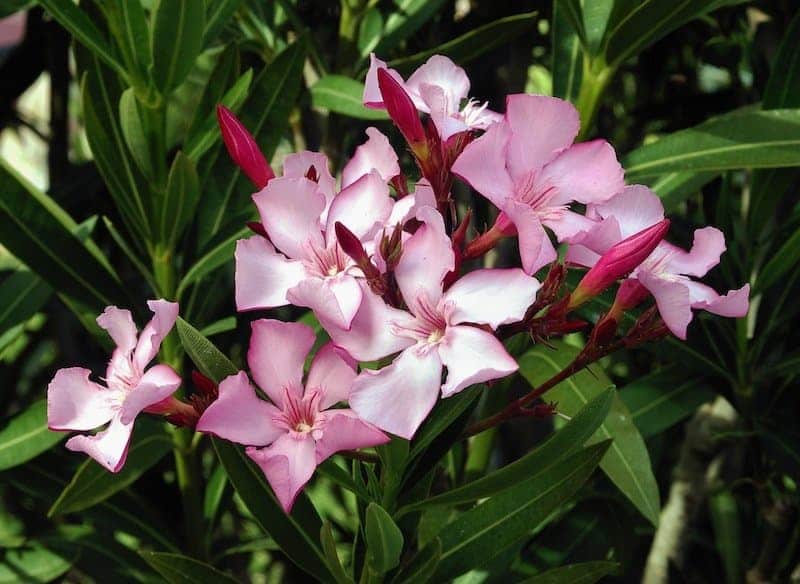 Native to the Mediterranean and Asia, Oleander is one of the most cultivated flowering plants (it’s often found in homes and even schoolyards!), but it’s also one of the most toxic on this list. All parts of the plant are loaded in cardiac glycosides, which essentially will stop a person’s heart unless quick medical attention is sought. In extreme cases, temporary cardiac pacing is required to keep the heart functioning while the body detoxes itself. 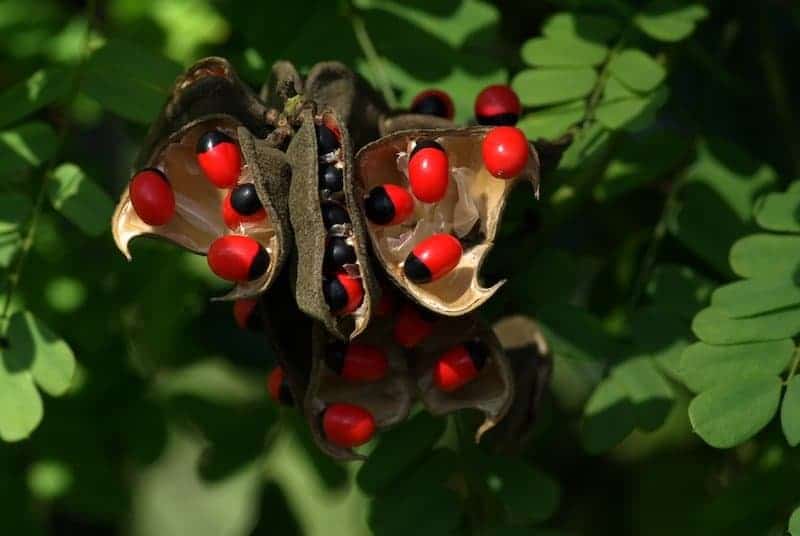 Also known as “Crab’s Eye”, this plant is native to Indonesia, and its berries resemble rosary beads, hence the name. The seeds are loaded in abrin, which works by infiltrating a body’s cells to inhibit crucial protein synthesis. There is no antidote for abrin, and the time of death comes depending on whether its inhaled or ingested. The ironic thing is that the seeds are used for jewelry all over the world. 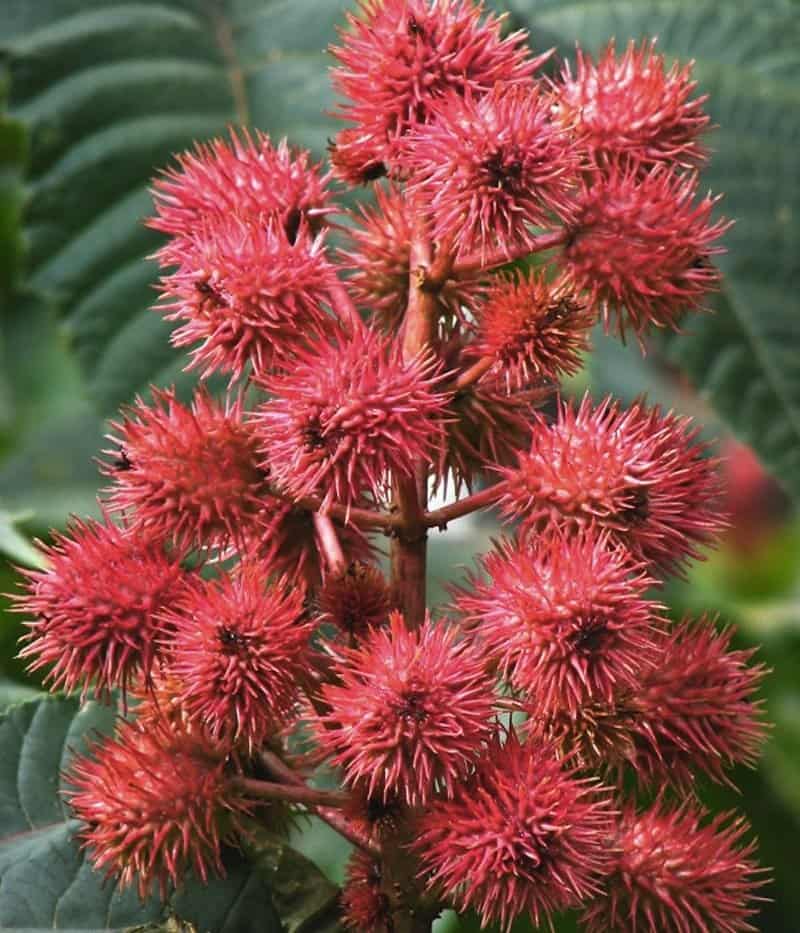 Native to eastern Africa and India, but it’s actually cultivated to be an ornament plant. The plant’s beans contain ricin, which is another toxin that inhibits protein synthesis at the cellular level. As with other toxins that cause problems with protein synthesis, the symptoms are slow to arise and last for weeks before death. 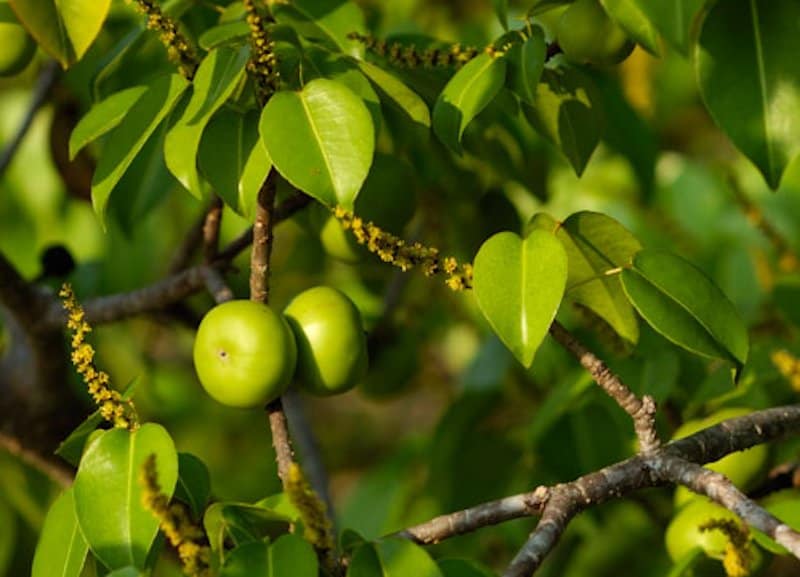 Native to warmer climates like the Bahamas, Florida and the Caribbean, this tree can kill a human in a couple of ways. The first is that the tree’s sap contains numerous toxins, which get washed out when it rains, so avoid these trees when its raining. The second way is that the trees produce a type of fruit, which taste sweet like crab-apples, but which also carry the toxins. 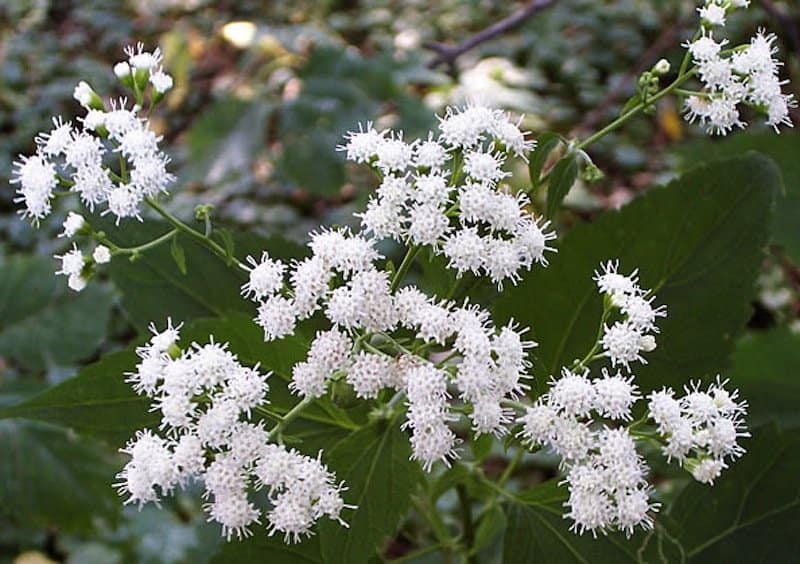 Native to North America, this plant doesn’t actually kill humans directly. Cows’ muscles and milk, once they eat this plant, become saturated with the toxin tremetol, which is passed onto humans when the cow meat or milk is consumed. Tremetol causes vomiting, shakiness and intestinal pain, if not death. Early explorers of America’s midwest found out about this poisonous plant the hard way when they settled down in new areas of the frontier. 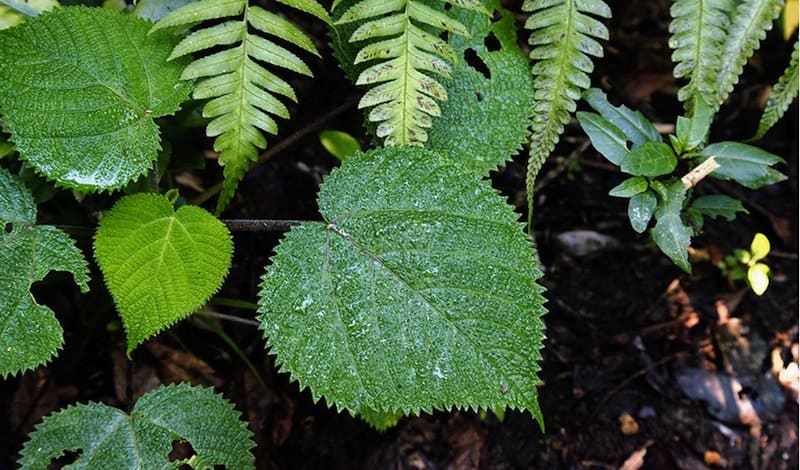 Found in the forests of Australia and Indonesia, Stinging Bush is considered to be the most lethal stinging-nettle bush in the world. Its leaves are covered in fine, stinging hairs that easily break the skin even with the slightest touch. The toxin produces an excruciating pain that can last for weeks or months. Rumor has it that horses stung have jumped off cliffs, and even Australian Geographic covered a story about an Australian officer who shot himself due to the unbearable pain. 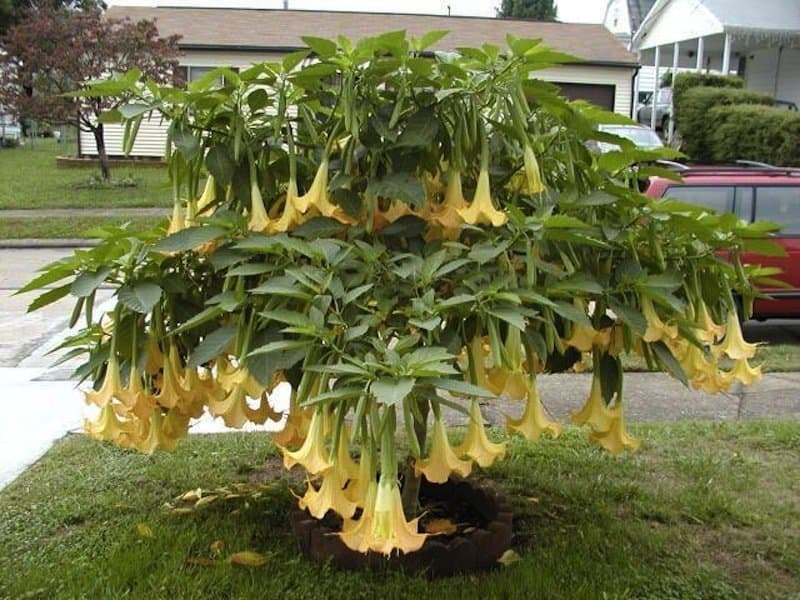 This is another plants that’s widely used as an ornamental plant, but it turns out all parts of it are poisonous, but the seeds are especially so. The plant contains scopolamine, hyoscyamine, and several other tropane alkaloids. Apart from paralysis and even death, these toxins produce hallucinations that are usually terrifying. 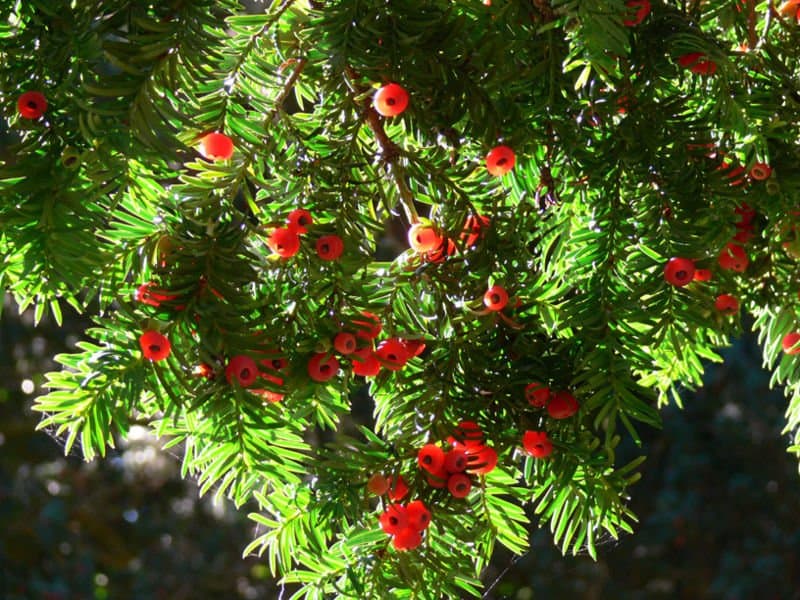 The English Yew is a conifer native to parts of Europe. The toxin taxine is prevalent in all parts of the tree except for the flesh of the fruit that surround the trees’ seeds. Taxine, a cardiac suppressant, may cause paralysis and convulsions. It was once used for abortions and other medicinal purposes, but its use was ended as it usually resulted in death. 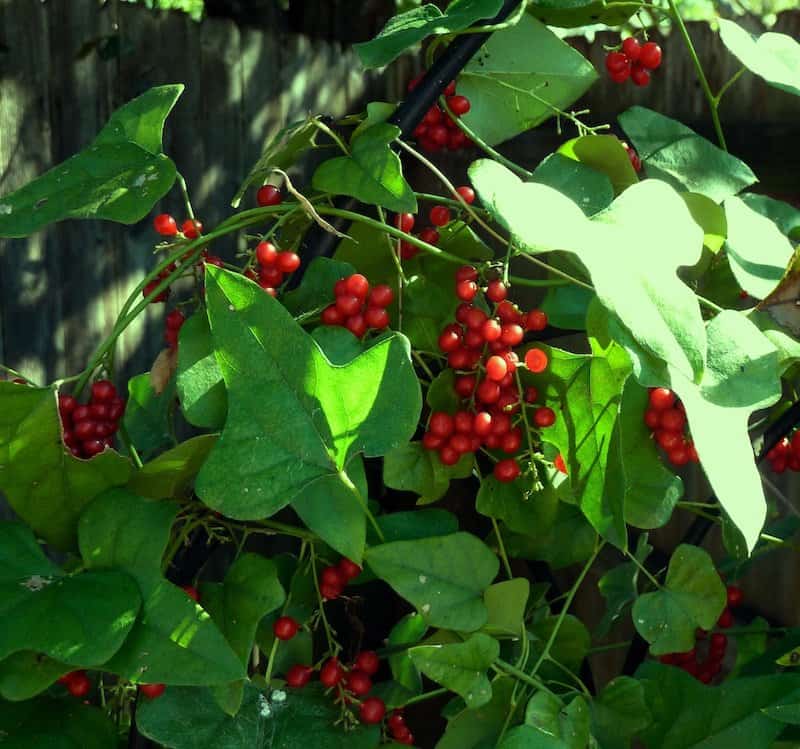 Native to eastern parts of North America, Moonseed looks like luscious, appealing grapes. Unfortunately, this stone fruit is potent enough to cause paralysis and even death in larger doses. 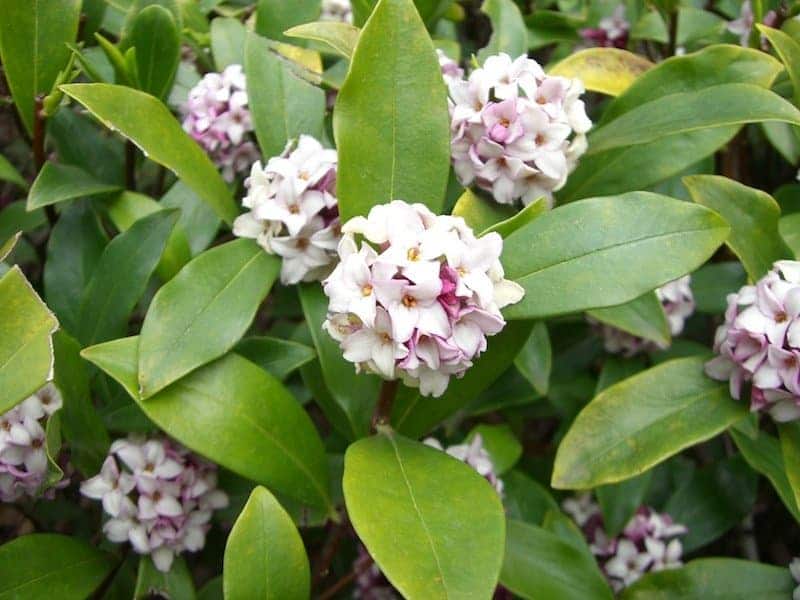 Another ornamental shrub that is popular in Europe for its highly pleasing fragrances. However, its leaves and fruit are loaded in mezerein, which causes the common problems like diarrhea, mouth irritation and vomiting. In large doses it will cause death. But the most interesting thing is that mezerein stimulates the growth of cancer. 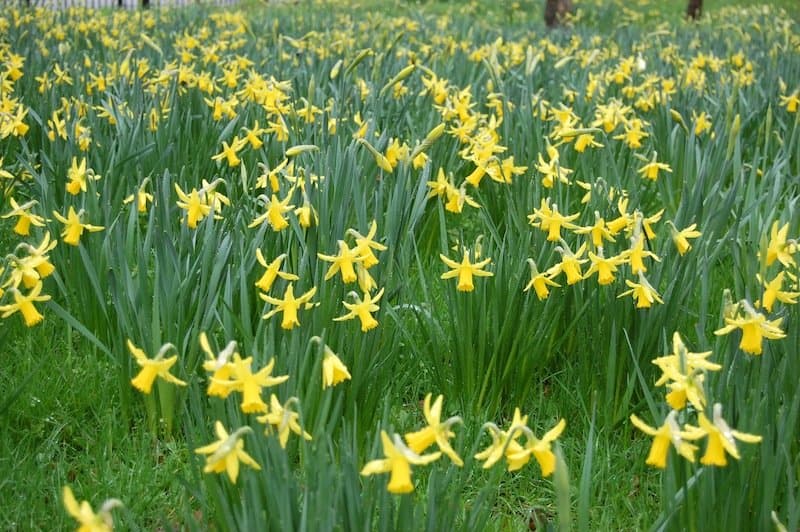 This flower was known since ancient times. Its bulb, sometimes mistaken for onions, contain the alkaloid lycorine. If ingested, the toxin produces extreme intestinal discomfort and eventually convulsions, paralysis and death in larger doses. However, it is hard to consume enough to cause death because the plant’s bulb are so repulsive. Despite the potential harm, this plant has been used medicinally for a variety of illnesses, including cancer.