12 Signs Your Cat Is Worse Than An Overly Attached Lover

Dozens of researchers around the world are coming up with different explanations regarding the behaviors of your most beloved cat. Some compare them to dogs, while others try to prove just how smart these cute little creatures are, but most just end up distracted by their soft fur. However, we’ve managed to see beyond the cuteness of cats and what we saw was quite scary and frightening. As we took a dive into the deeper, darker corners of a cat’s mind, we saw that the only true entity a cat could be compared to, when it comes to behavior, is the so-called Overly Attached Girlfriend/Boyfriend. That’s right! Here are 12 Signs, which show your cat is worse than an overly attached lover.

Your Cat Watches You Sleep 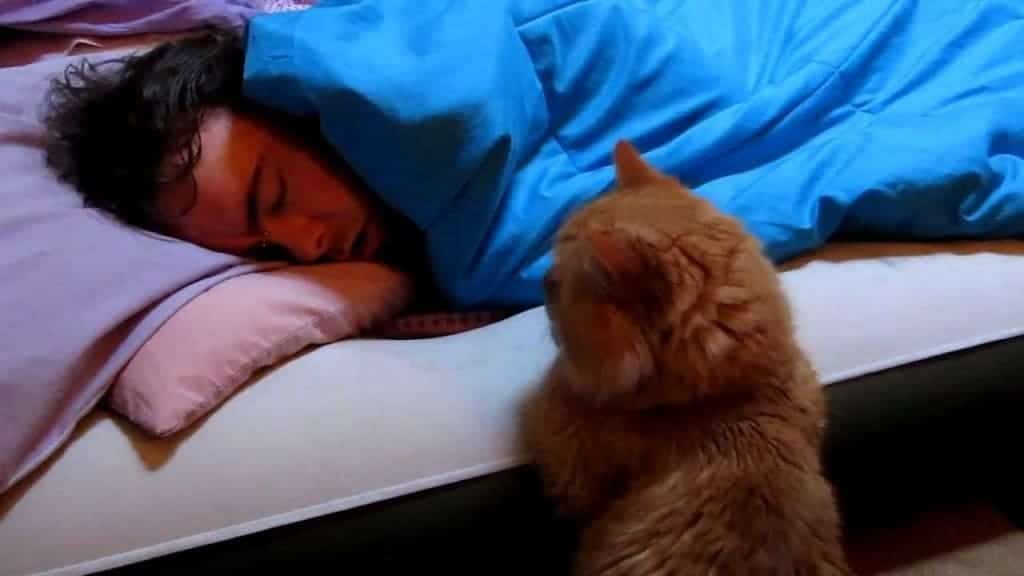 Every cat owner is aware that while they are enjoying a comfortable night’s rest, their pets are wide awake. While some would argue that an overly attached girlfriend/boyfriend watches you sleep as well, cats tend to go a step further. In most cases unknowingly to you, your cat will put its paws on every part of your body, until it finds the most comfortable spot. Then, without hesitation, the cute furry creature will lay on top of you, to be certain that you won’t get away. Furthermore, a cat will often mess up your hair and even leave a scratch mark or two on your body, so everyone could know that you’ve spent your night with someone special.

Cats Require You To Share Your Food With Them 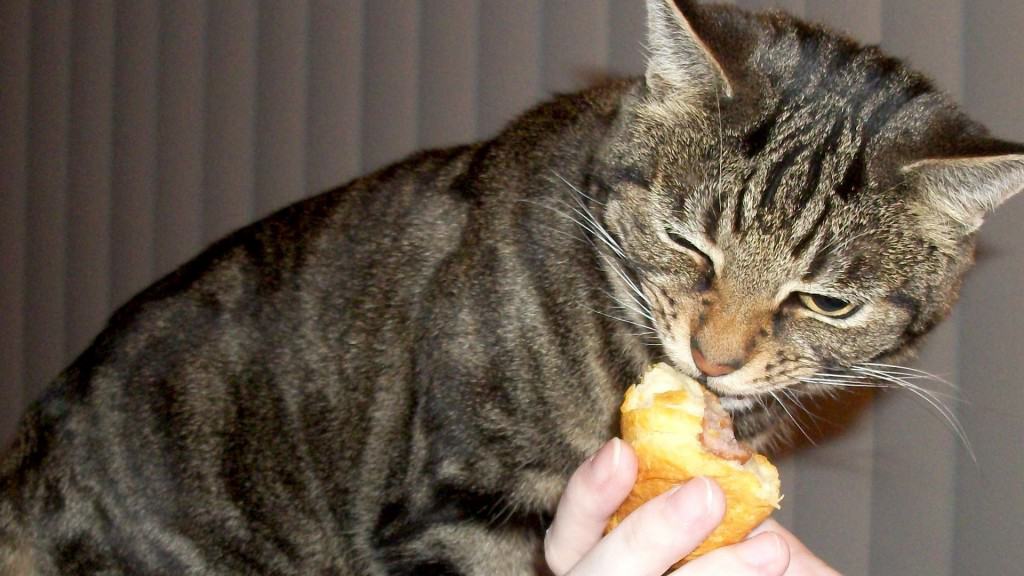 Overly attached girlfriends/boyfriends are quite annoying, but they rarely require you to do anything else except exist. Cats, on the other hand, are not that well-mannered. Even if you feed it well, a cat won’t be satisfied, until it has taken a bite off of whatever you are eating. You may think that they do that just because they love food and the smell of it, but you’d be wrong. If you are eating, be sure that your cat is right in front of your hands, just so you can share your food with them. Why? Everything that goes into your mouth, they must taste as well. Now how’s that for overly attached?

Cats Bring You The Wierdest of Gifts 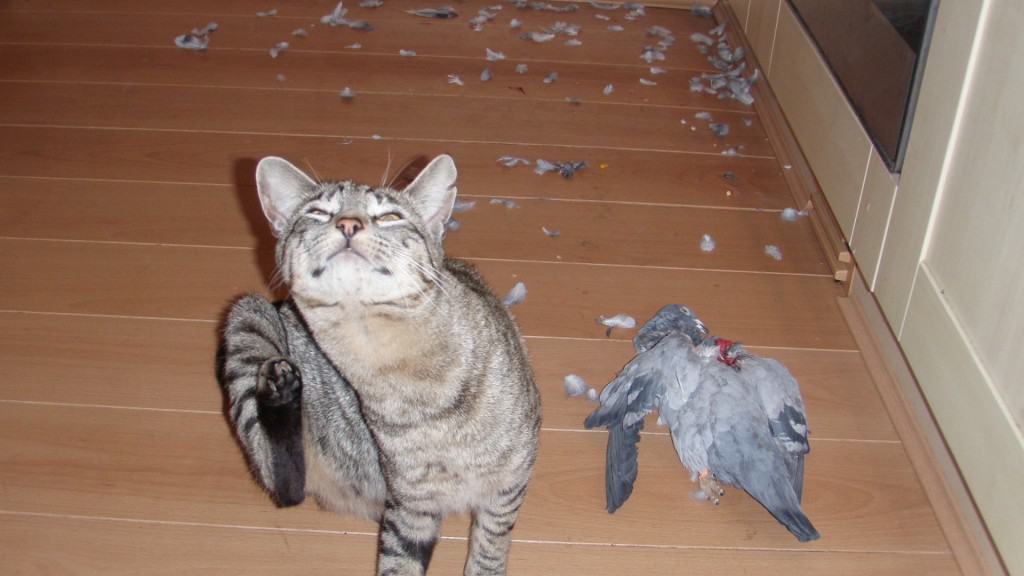 If you ever had an overly attached girlfriend/boyfriend you’ve probably seen your fair share of unexpected and unwanted gifts. From locks of hair to huge self-portraits for your room, getting a gift from someone who loves you a bit too much is definitely an awkward experience. However, cats do manage to take things a notch further once again! Don’t like the book your overly attached girlfriend/boyfriend wrote for you? Prepare for something worse! That’s right! Your cat knows just how to make you feel not only awkward, but disgusted, as it will show its appreciation the best way it knows how – by bringing you a dead bird as a gift. 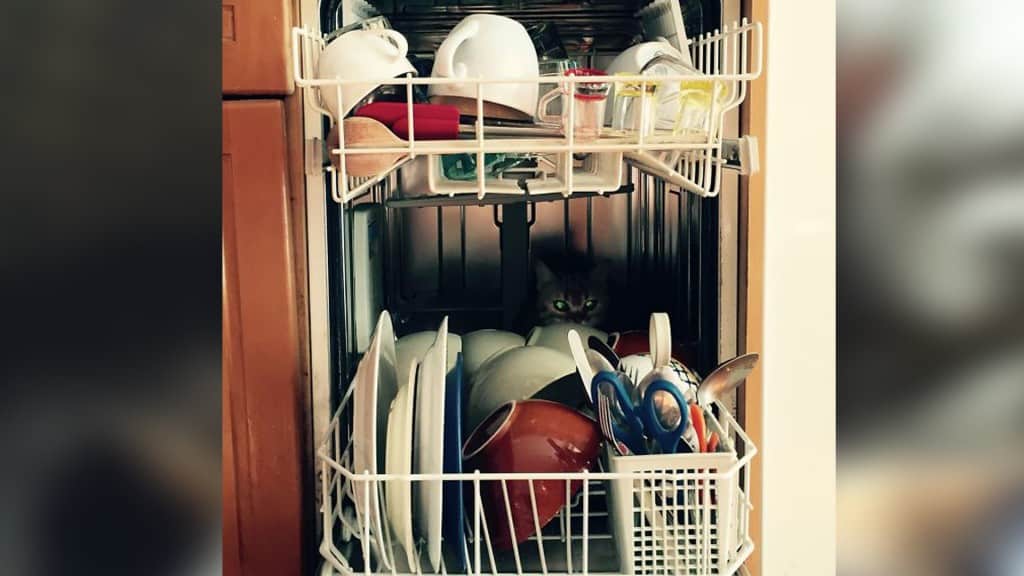 Have you ever noticed how your cat looks at you? Do you see affection in is eyes? That’s right – you see the opposite. While you sit around, minding your own business, your cat always has its eyes on you. Whether the so-called pet will hide under the carpet or the table to watch your every move, you know its always there – lurking. The stone cold stare of a cat is not comparable to any other. Yes, you may think it’s cute when your cat looks like it’s angry or just upset. However, it’s much more than simple negative emotions. Your cat secretly plots your demise and you should be aware of that!

Your Cat Loves To Lick Itself While You Watch 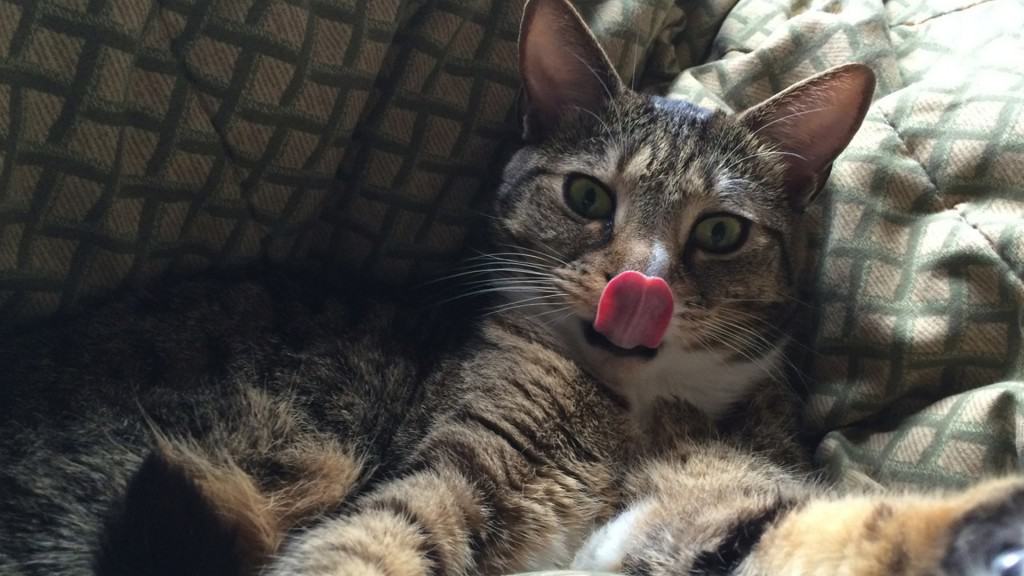 Okay! Some overly attached lovers love to do that as well. However, your cat does it all the time. You thought it was because of hygiene? Think again! Your beloved pet likes to lick itself while you watch, staring into your eyes while doing so. Do you have friends over? Don’t worry, your cat will make sure to lick itself in front of them as well. And after it has licked itself in the weirdest of places, its tongue and its paws will be all over you!

Angry Kitty Is A Bad Kitty! 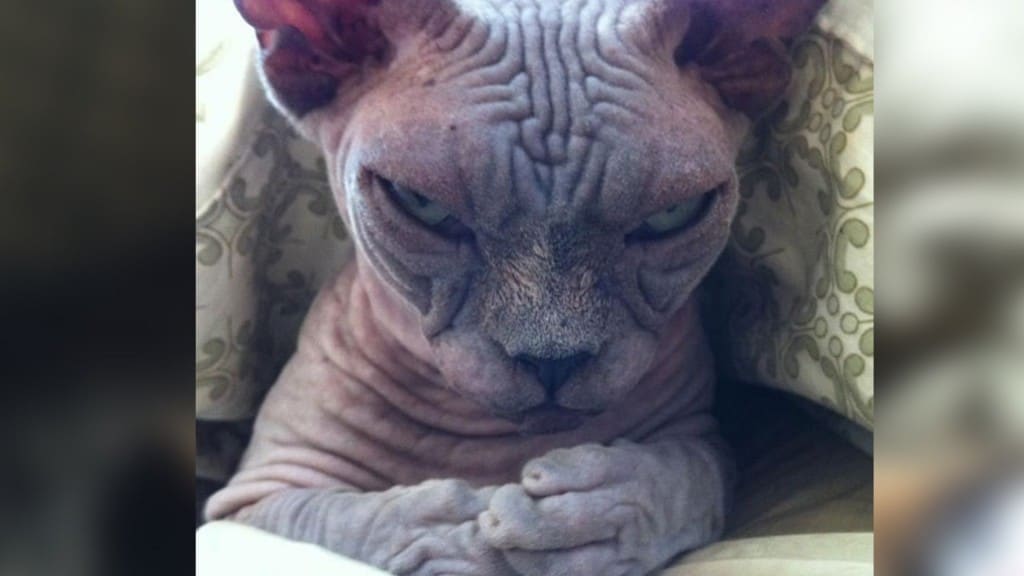 Okay. Cats really are hygienic and they always try to cover their excrement with sand in their cute little litter boxes. Well, if you have been a long time cat owner, you probably know how cats deal with anger. Usually, if an overly attached girlfriend or boyfriend are mad at you, they will do the craziest things. Cats do that as well – even as proven by scientist and researchers. That’s right! If you get your cat mad, you might as well expect a smelly excrement in the middle of your room, far from your cat’s litter box. What’s more, if your cat is really pissed off, it will probably perform the same smelly activity on your table or bed! Bad kitty! 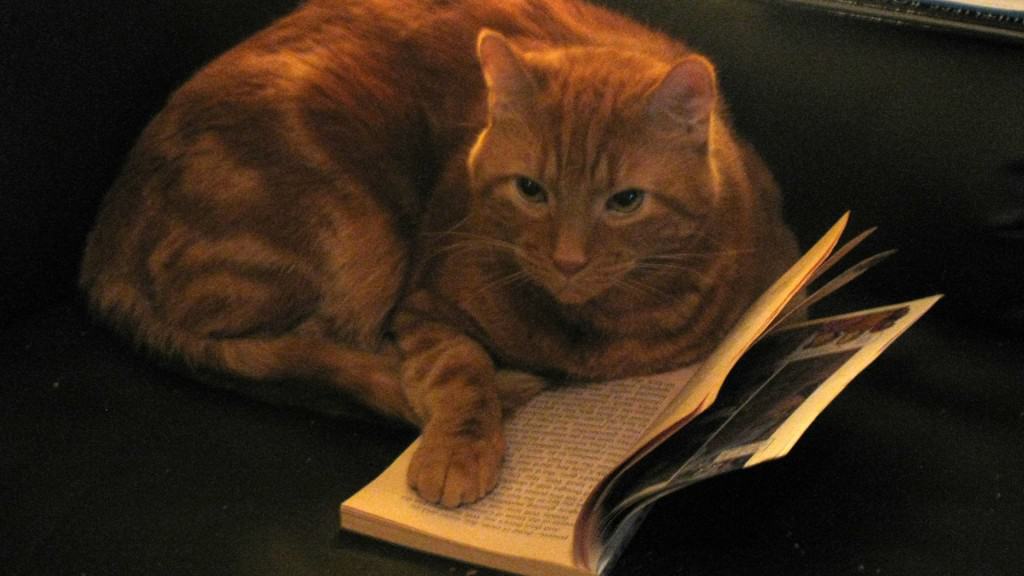 Overly attached girlfriends and boyfriends do crave your attention and they are obvious about it. Cats, of course, can’t tell you what they want, but they definitely have a way of showing. Want to study? You can’t! Your cat will find its way on top of your books and lay on them, ready for you to pet. Want to do some work on your laptop? Guess who’s laying on top of your laptop? That’s right your cat! Wherever you are, whatever you do, your cat will be either lying on your things or rubbing against you. Who are you to think that you have a say in what you can do in your room, when your cat is around? 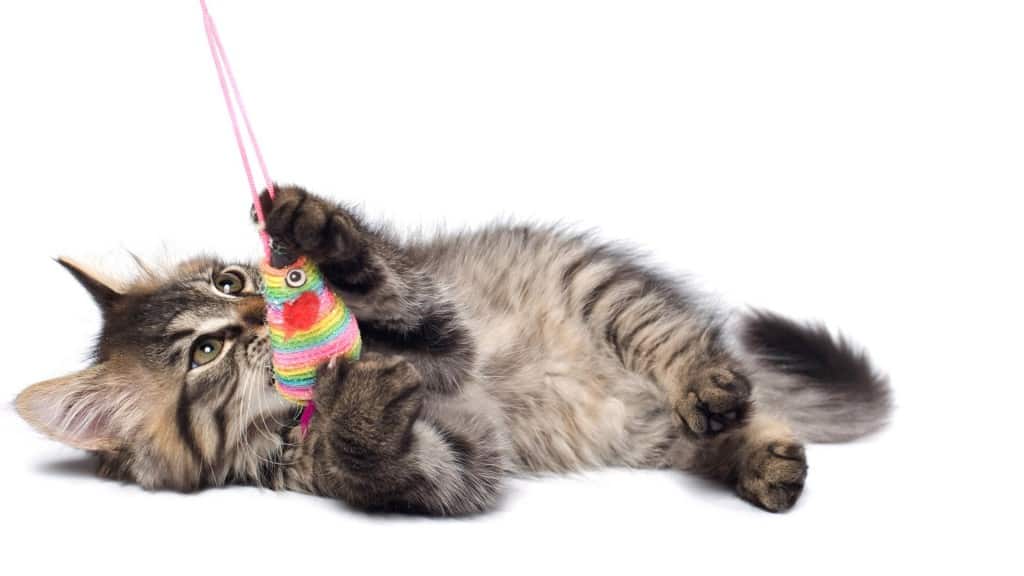 Having an overly attached girlfriend or boyfriend rarely means you have to buy them something – they are just there … Obsessed. However, it’s different with cats! You always have to nurture them, care for them and buy them all the nice presents. Furthermore, the litter box sand and the food also harm your wallet. And how does your cat react to the gift? Meh! It starts playing with the cheap cardboard box you were going to throw away ages go.

Cats Can Always See You, Even In The Night! 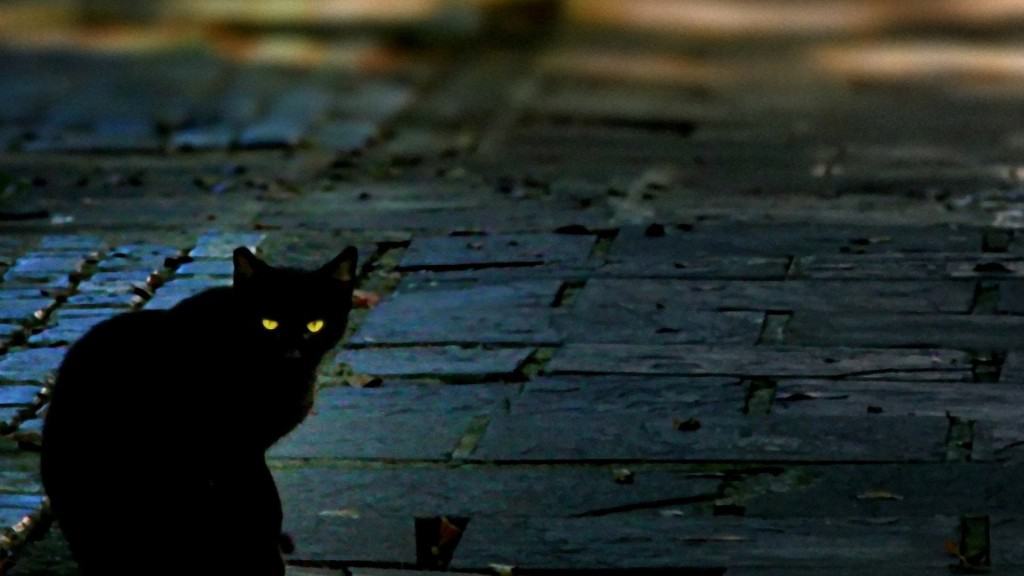 Cats are special! As your overly attached lover is bound by the limits of the human body, he can’t be as active and thorough as a cat. You’ve seen how your pet flies around the room with the speed of light, right? Well, its incredible physique is only one of its special abilities. Having the eyes of a predator, your cat can follow your every move even when you are hiding in the dark. It doesn’t need night vision goggles!

Cats Can Always Find Out Where You Live 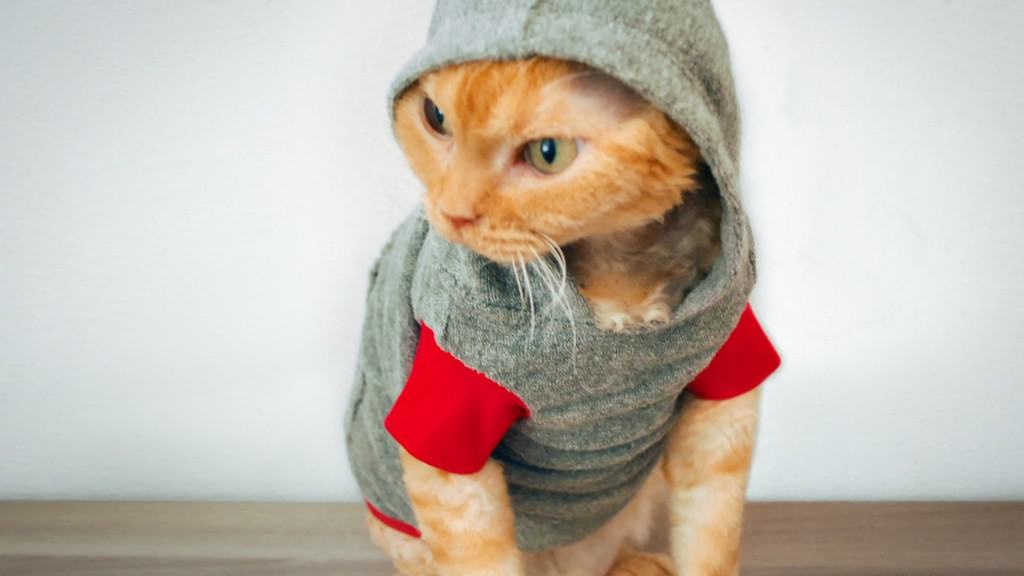 While some question the ability of cats to find their way back home, you better believe that no matter where you go – your cat can always find you. Even if you travel five hundred miles away, just to abandon your most beloved pet on the road – it will travel back to your home. And you thought that only The Proclaimers were crazy enough to walk that distance with regard to love.

Your Cat Doesn’t Love You As Much As You May Believe! 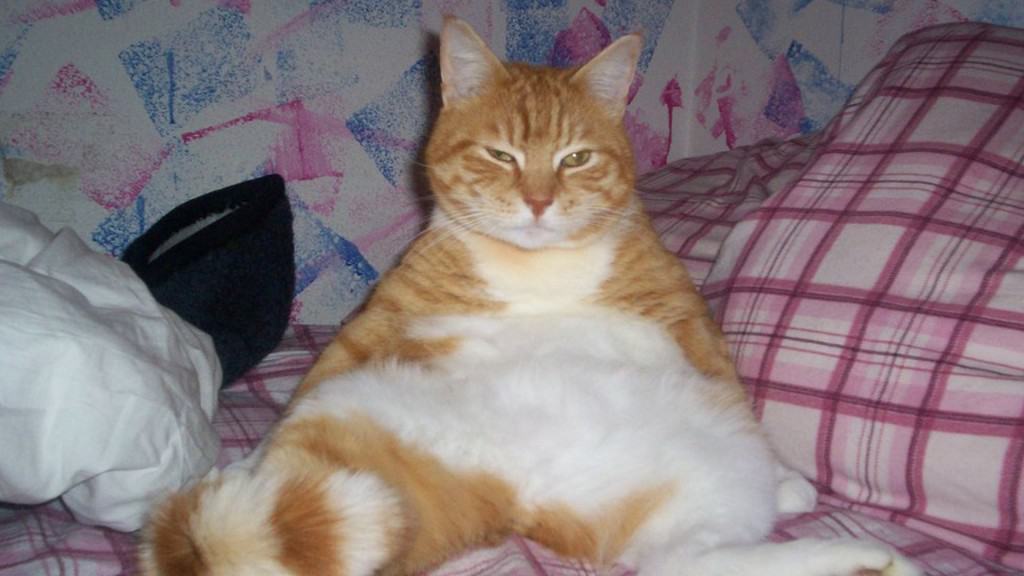 An overly attached lover can be crazy enough to do anything, but at least you know they are crazy-in-love. Your cat? Well, no matter how hard you take care of the little furballs, no matter how much love you give them and how much resources you spend on them, the bitter truth is – cats don’t love you as much as you think. Yes, they show affection, but according to research, cats are usually stressed out and their serotonin and dopamine levels are far lower from other pets that show affection to their owners. Cats do feel grief, anxiety, sadness and happiness, but most of all cats are either curious or angry and stressed out. And this is not just speculation! Yes! Scientists actually studied cats brain activity to learn this!

Cats Are Smarter Than You Think! 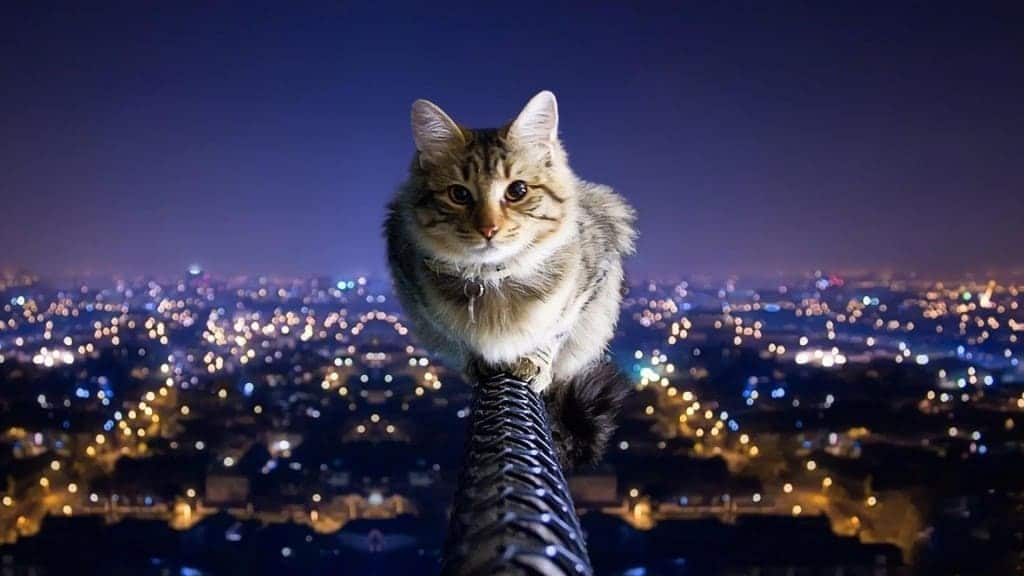 Okay. At this point we are all aware that cats are quite smart. However, you might be amazed at how much smarter they are than an overly attached girlfriend or boyfriend. As your affectionate human counterpart feels extreme love for you, the chemicals in their brain are quite messed up. Oxytocin, dopamine and serotonin are just a few of the hormones that cluster the head of a person who is in love. Comparable to the effects ecstasy and heroin have on your brain, love can put a barrier on your logical thinking and make you act in an extremely compulsive manner. Cats, on the other hand, don’t have that problem. They are logical thinkers and they learn. Have you gotten up at night to give your cat treats, as it was chasing invisible racing cars in your room? Your cat remembers and will do it again! But it doesn’t stop at simply learning when you give it treats. Cats are in a way psychologists, constantly testing you; constantly judging you; constantly analyzing your every move … Think about that the next time you see your cat staring at you!

How does your cat compare to an overly attached lover? Would you rather have an overly attached girlfriend/boyfriend stare at you or your cat? Let us know in the comments below and share your funny, creepy and downright outrageous cat stories with us!