Call it a curse, an act of God or just bad luck; but sometimes despite how things seem on the outside, some of our favorite movies didn’t go quite as smoothly as we may think. From near drownings, to broken ribs and in extreme situations even death, the glamorous world of Hollywood isn’t always so glamorous. Surprisingly even some major blockbusters had deadly incidents on the set that many of us never even heard about — at least not until now. Take a look at some of your favorite new and even classic films and find out what really went on behind the scenes. 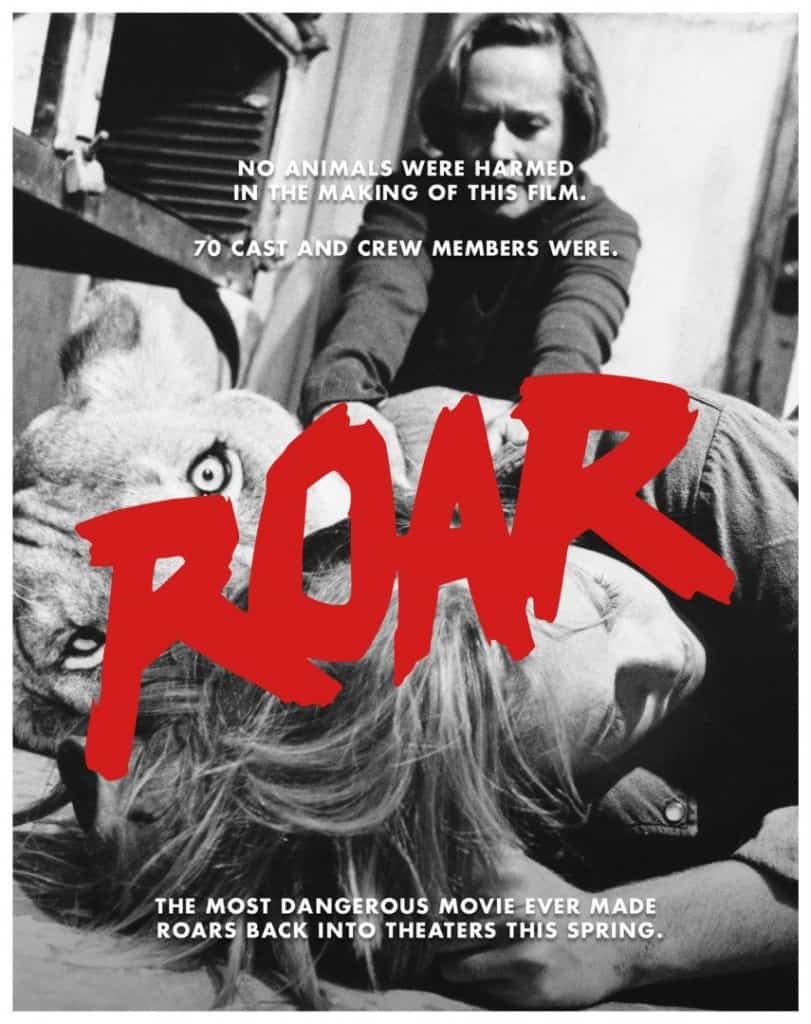 This movie took over ten years to make and the issues that went on during filming is a clear indication of why.

Throw in an overzealous director, Noel Marshall and his wife, along with their children (one being a young Melanie Griffith). Then add over 150 wild animals, such as cheetahs, leopards, lions and tigers, all of whom they actually lived with and then you might start to envision the chaos.

During filming, untrained animals were allowed to roam freely around a terrified cast and crew, many of whom reportedly spent the movie narrowly escaping death.

Actors and crew members were repeatedly clawed, mauled and bitten by animals while others suffered broken bones, gangrene, and other ailments.

Even the movie’s tagline gives a clear indication of the madness on set, it reads “No animals were harmed in the making of this film. 70 cast and crew members were.” 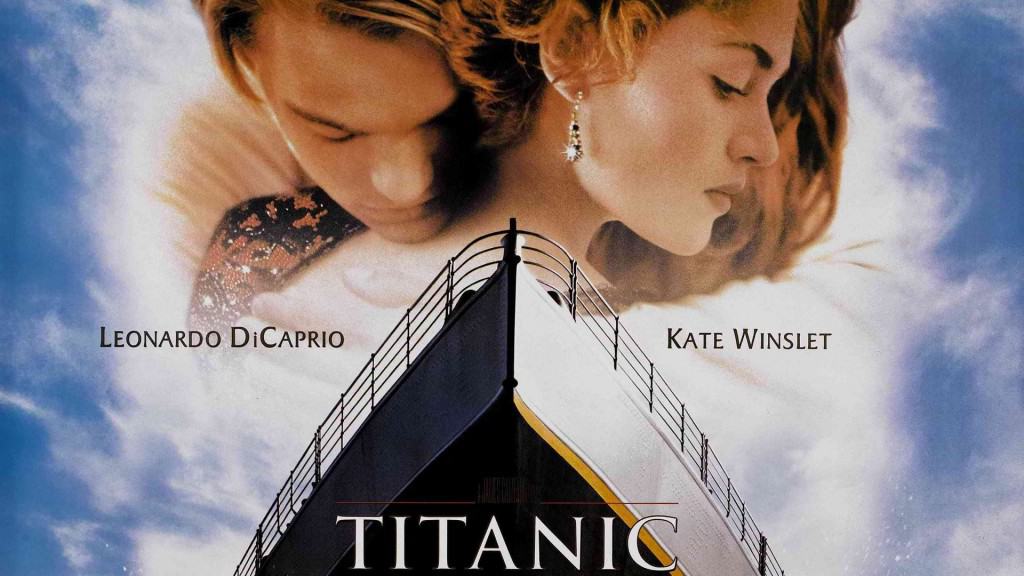 Titanic is one of the most heart melting love stories of our time, but reports are that the film’s success came at a high price. Nine serious accidents happened during filming which resulted in fractured cheekbones, cracked ribs, plastered ankles and even a splenectomy.

The film’s lead actress, Kate Winslet, even complained that she almost drowned twice. Due to these troubling reports, the Screen Actors Guild even traveled to Mexico (one of the locations where the movie was filmed) to conduct an investigation. 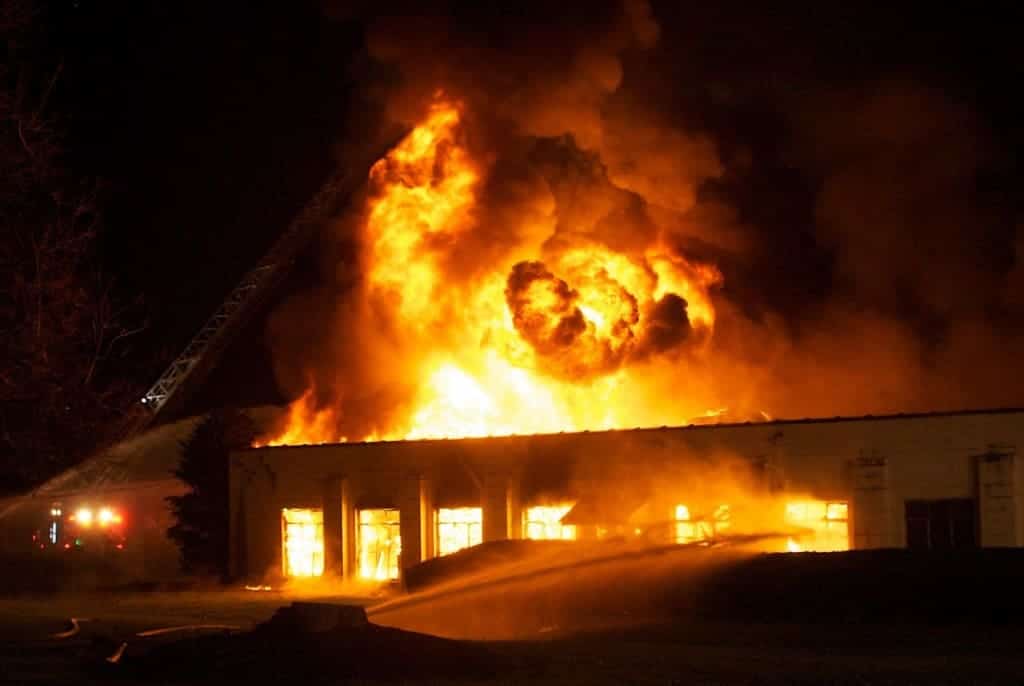 This critically acclaimed Indian film was based on a best-selling novel by author Bhagwan Gidwani. However, the movie made history in India not because of its excellent storyline or casting, but because it was the direct cause of probably the most deaths ever recorded on a single set.

On a fateful day in 1990, loose wiring, no exhaust, no ventilation, and walls constructed without fireproof material plus 49 degrees temperature, led to an uncontrollable blaze. As a result, 62 crew members were killed while other crew members, including the director, suffered serious burns and spent almost a year in the hospital. 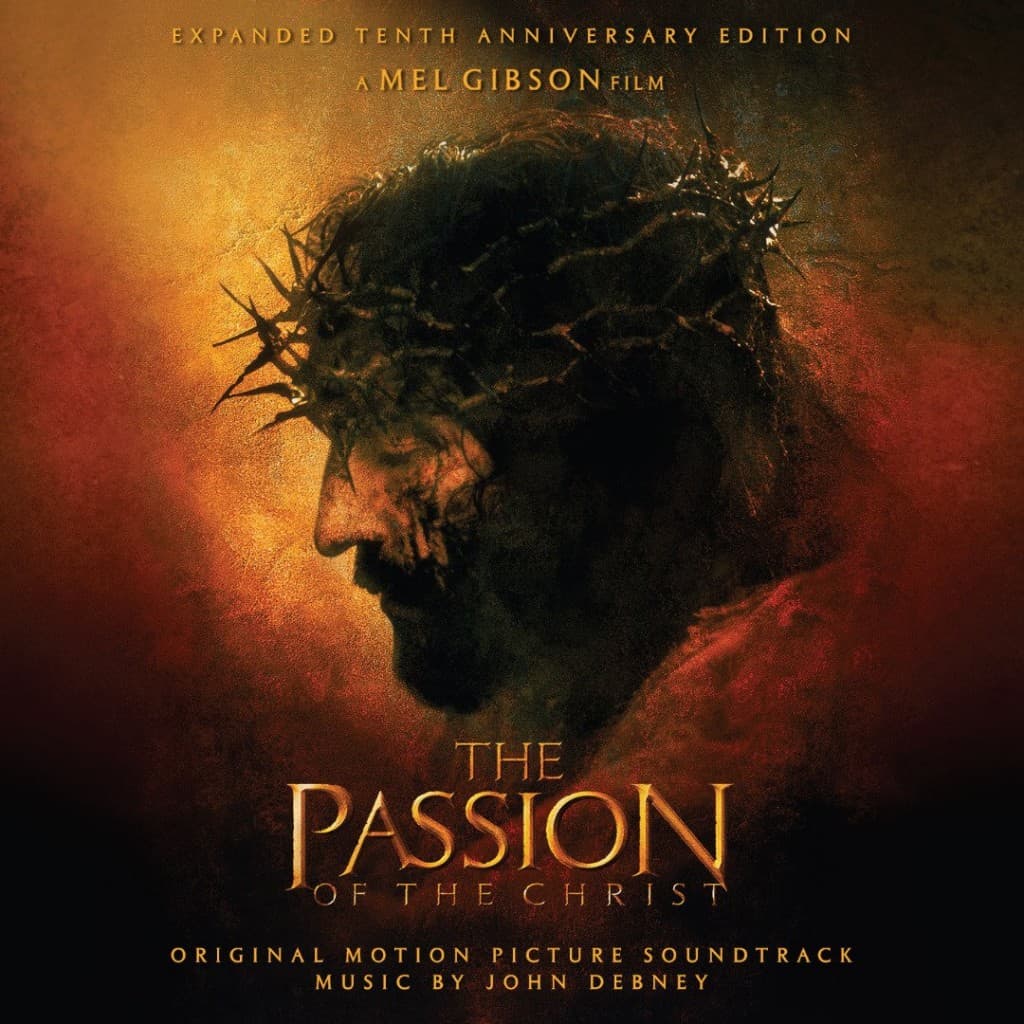 Mel Gibson’s Biblical movie was certainly a blockbusters in many regards. But this film which chronicled Jesus’ suffering was not without controversy. The lead actor, Jim Caviezel, who portrayed Jesus, seemed to suffer the brunt of what many call ‘God’s wrath’.

Caviezel spent 8 hours in makeup which left him with headaches and skin infections, he had a lung infection and pneumonia, he had a case of near-hypothermia, a dislocated shoulder, and he was accidentally whipped on several occasions.

But there’s more, to top it all off Caviezel was also struck by lightening. Some may call this a sign from God, but despite it all the actor hung in there. 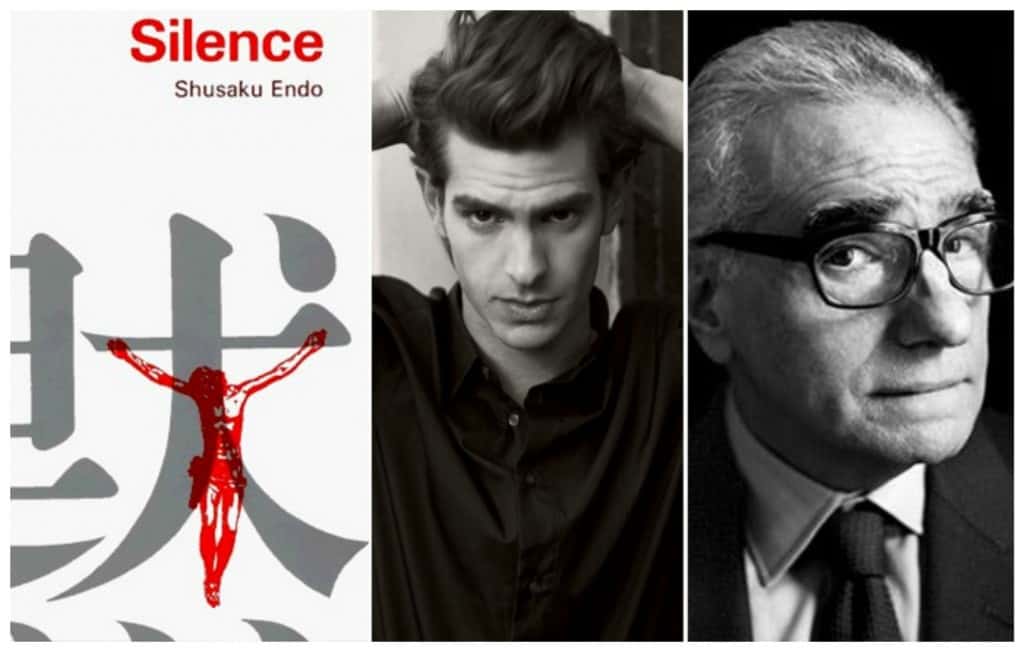 Though the film has not yet hit theaters, it is already causing a stir and not just because of its major star power, which includes Andrew Garfield, Liam Neeson director Martin Scorsese.

In January of 2015 the set, located in Taiwan, was declared unsafe for filming due to weak structures in the building, so contractors were hired to fix the situation.

Unfortunately in a matter of seconds the ceiling of the structure collapsed on two of the workers; one was killed and the other seriously injured. 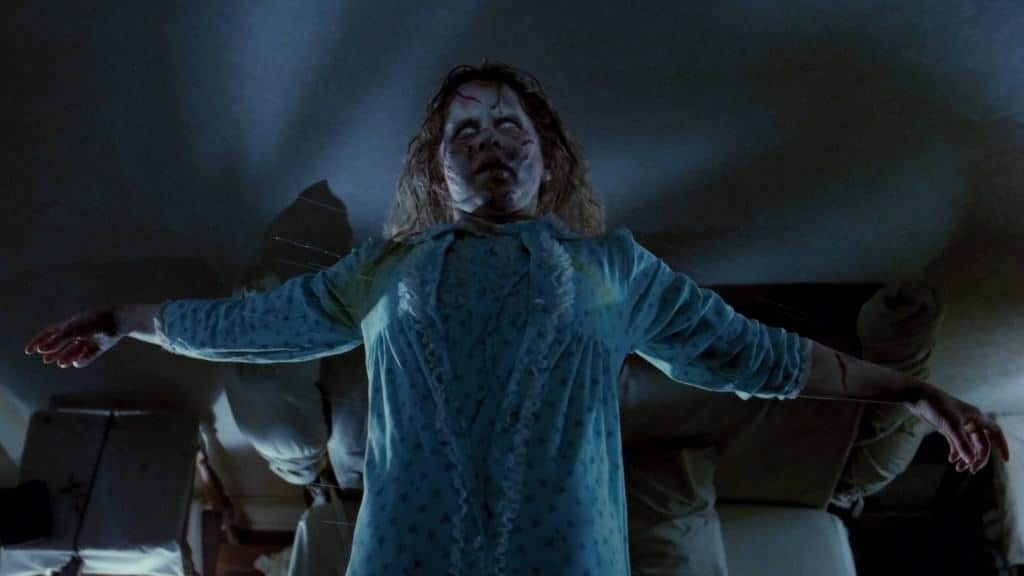 This film about a young girl possessed by the devil continues to be one the scariest movies ever, not just because of its premise but also due to what happened during filming.

Some reports say that 9 people died while on the set, other reports say it’s four, included in the numbers are actors Jack MacGowran and Vasiliki Maliaros.

Other spooky things happened as well, things caught fire under mysterious circumstances, and actress Linda Blair even reportedly “predicted” the death of a crew member with a line of dialogue.

Evangelist Billy Graham felt that there was something dark about the movie (outside of the obvious). According to Graham, “There is a power of evil in the film, in the fabric of the film itself.“ 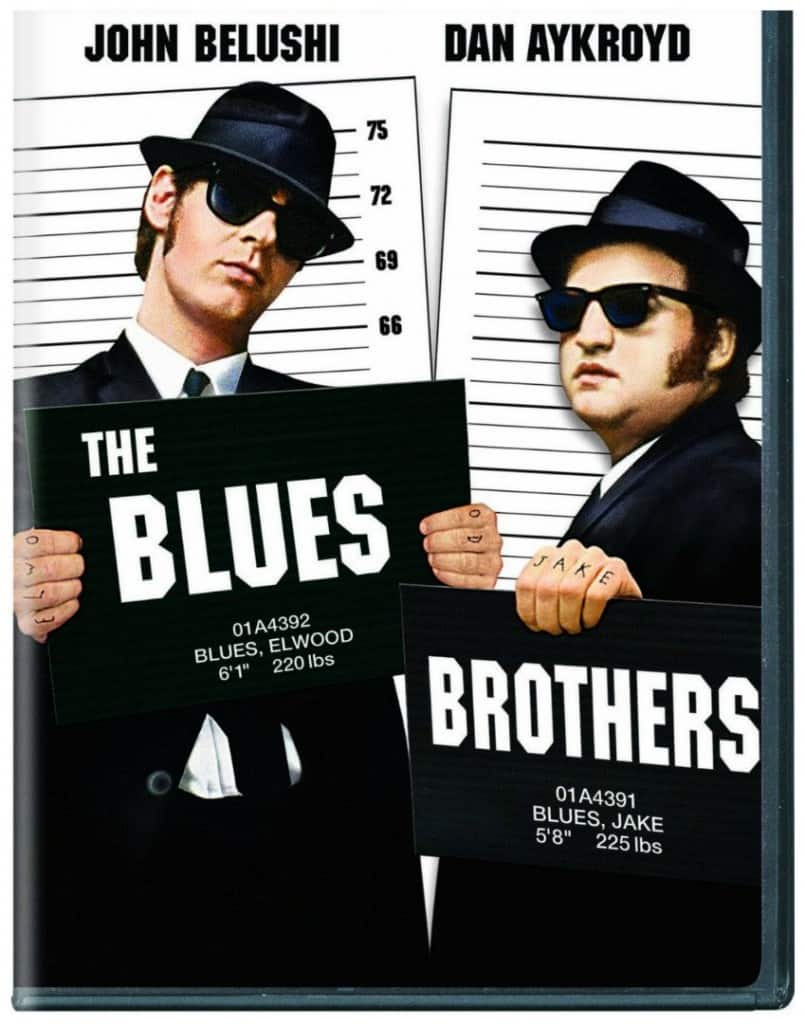 Director John Landis seemed to have overlooked a few safety issues in his past films which eventually came back to haunt him, while working on the popular film Blues Brothers.

These cases eventually led to a complaint filed by the Alliance of Canadian Cinema, Television and Radio Artists against the Blues Brothers 2000 film. 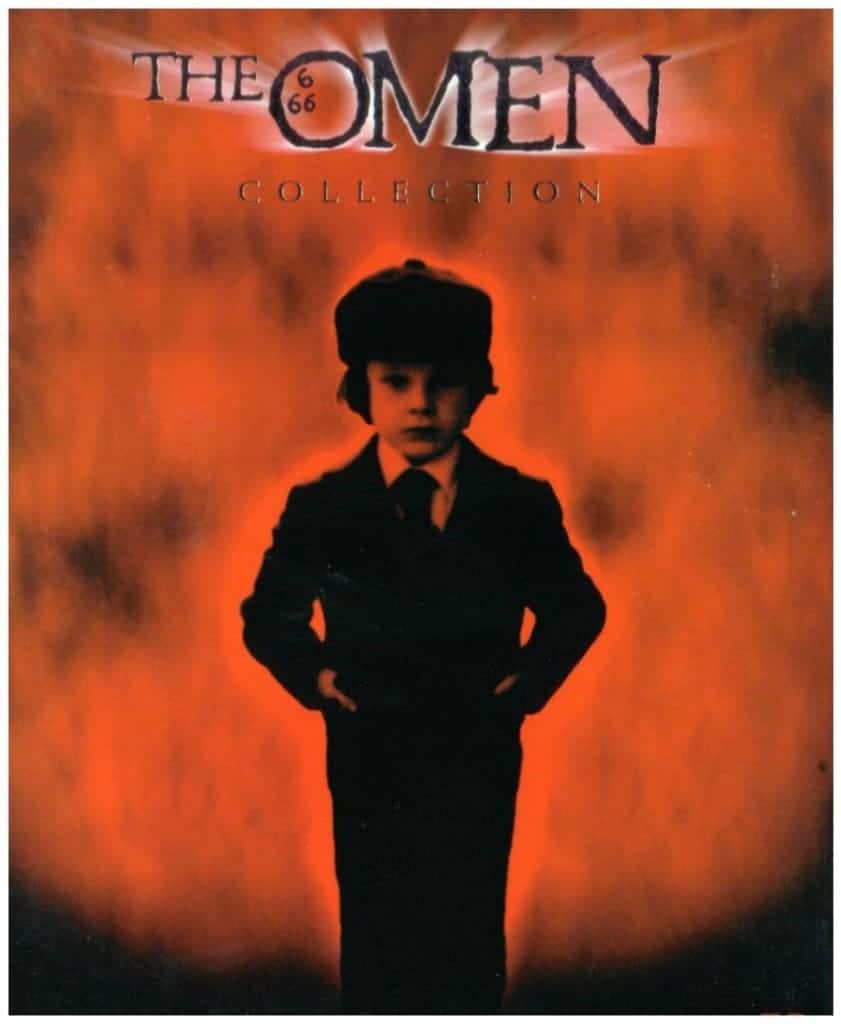 Arguably one of the scariest movies you will ever watch, the spookiness may have spilled over during filming. Actor Gregory peck, who played the father of a child who turns out to be the Antichrist, along with screenwriter David Seltzer took separate flights to England, and both were struck by lightning.

But it get’s worse, the plane that the crew had originally chartered crashed, killing everyone on board. That’s not all, though, some of the crew members got into a car crash; and the hotel where the movie’s director, Richard Donner, was staying got bombed by IRA forces. Now that’s a bad omen. 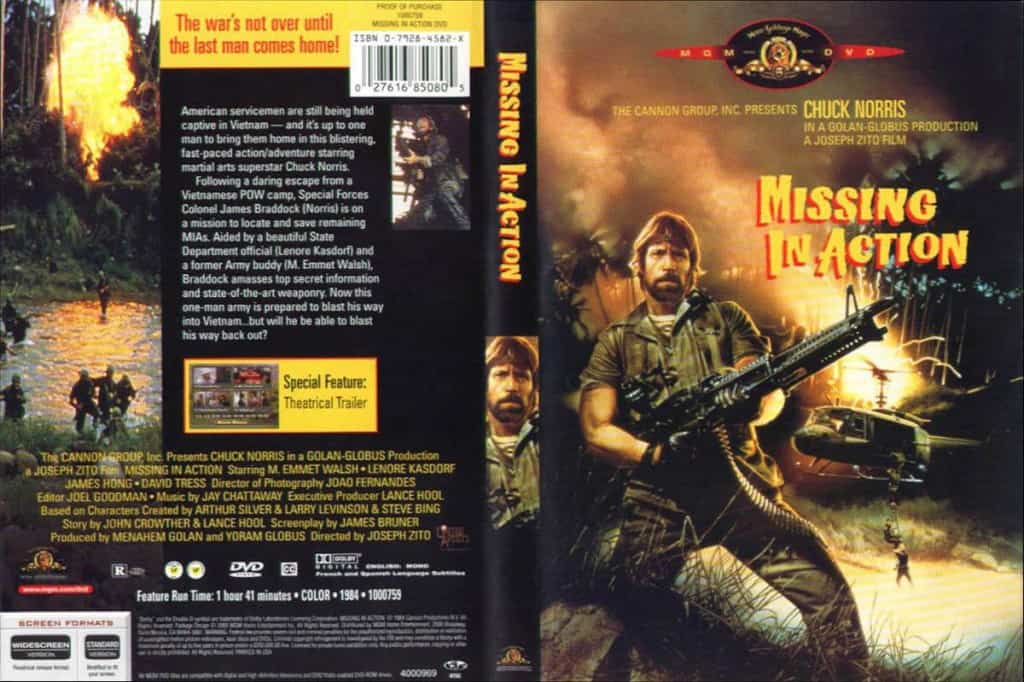 Chuck Norris is known for his action packed movies, but this movie had a little too much action. The filming of a helicopter scene resulted in a crash which killed four Filipino soldiers who were acting as extras. Five others were injured. 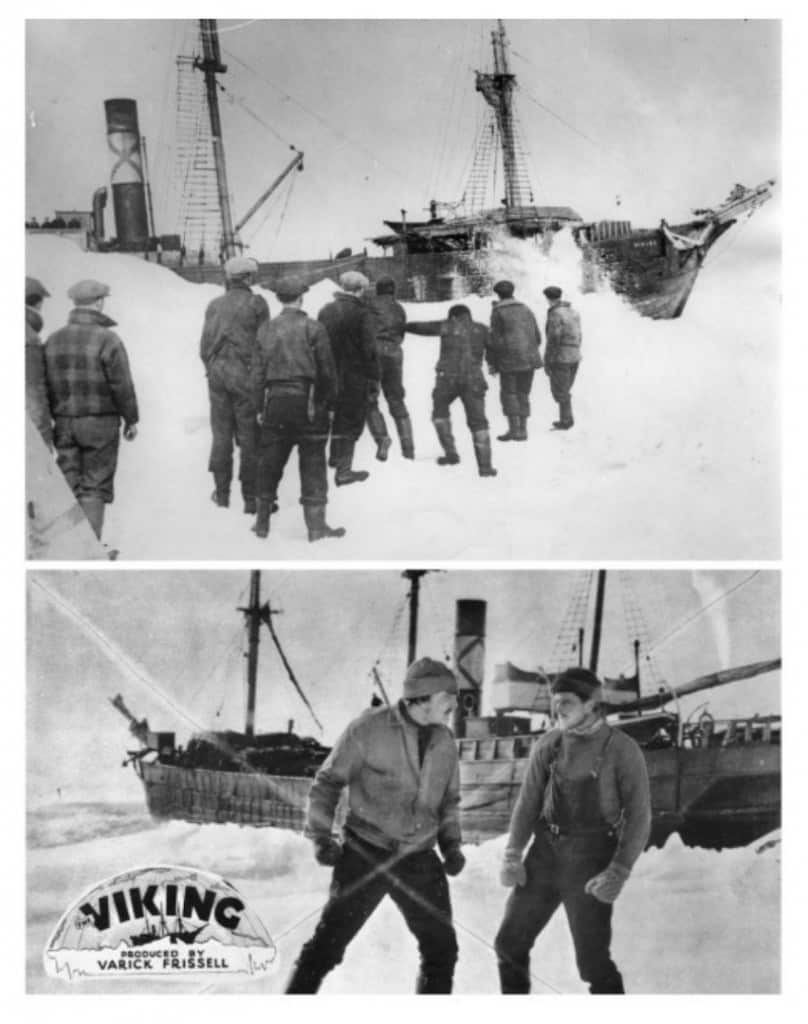 This movie started making waves long before it even began filming as it was to be the first sync-sound feature filmed in Canada. After wrapping up the movie, the unsatisfied director, Varick Frissel, wanted to get more shots of the ice floes.

He and some crew members joined a seal-hunting expedition in Labrador to get the additional footage. The group carried explosives on board in case they got trapped in ice. Unfortunately that’s exactly what happened and due to what seems to have been a mishap in the powder room, the dynamite detonated while in the back of the ship.

27 people were killed, including Frissell and his dog. Despite the deaths, production for the movie continued and the film was released in the summer of 1931. 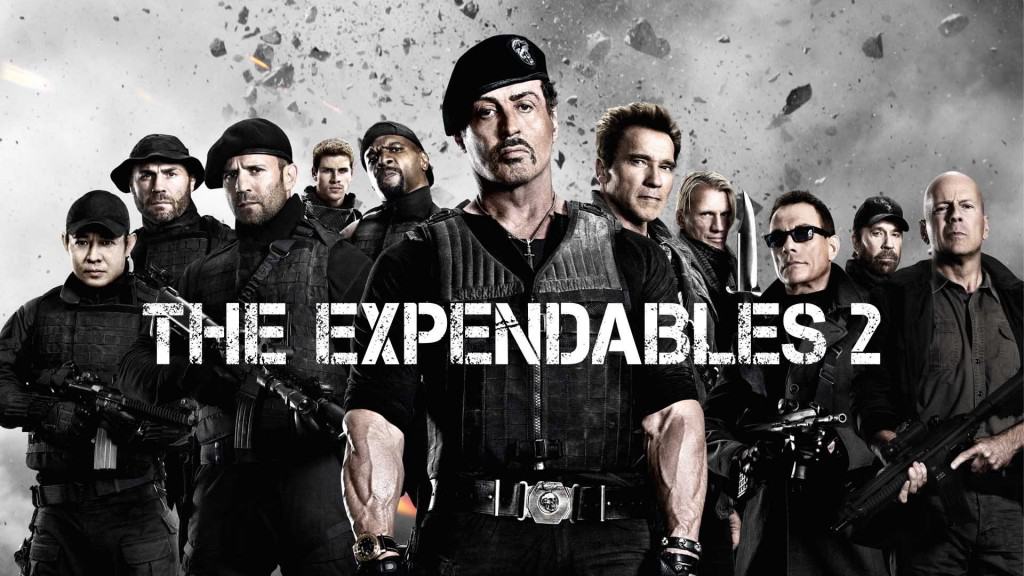 The star studded film directed by Sylvester Stallone included stars such as Jet Li, Jason Statham, Arnold Schwarzenegger, Bruce Willis, Liam Hemsworth and others was the talk of the town in 2011 — but for different reasons than you might think.

While filming a few explosive scenes in Bulgaria, things took a turn for the worse when a freak accident killed stuntman Kun Lieu and critically injured another.

Stallone and Arnold Schwarzenegger also had to be taken to the hospital for shoulder surgery, due to other incidents on the set. 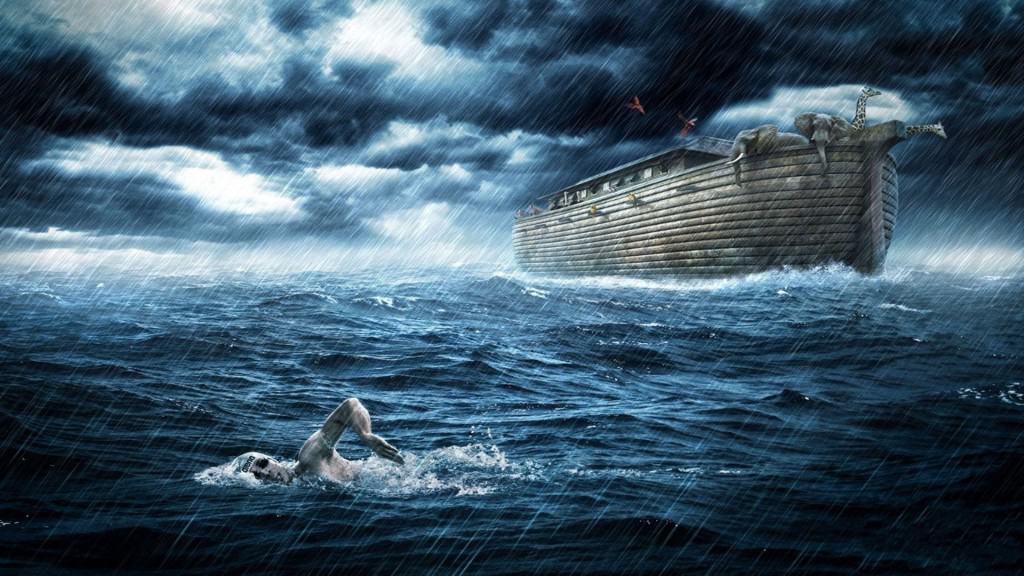 Producer Darryl F. Zanuck and director Michael Curtiz thought they had a brilliant idea for the climatic flood scene of this Biblical film. Curtiz and Zanuck decided to pour 15,000 tons of water over the extras and the concrete set to depict the flood; this was a bad idea.

Three people reportedly drowned, over a dozen suffered broken bones, an extra had to have his leg amputated and several others caught Pneumonia.