Imagine you’re walking down the street, minding your own business, and you see a full grown man dressed as “Sailor Moon.” Or perhaps you go to pick up your best friend, enter their home, and see that they’ve used Scotch tape to contort their face in all kinds of weird ways. That’s just a small sample of what we came across when we tried to find the weirdest people we could possibly locate on the internet. We won’t go as far as to say that these are the weirdest people in the world, there are 8 billion people on the planet after all, but these photos have to come pretty close. So, without further ado, here are the “Top 20 Weirdest People You’ll Ever See”!

Two For One Special 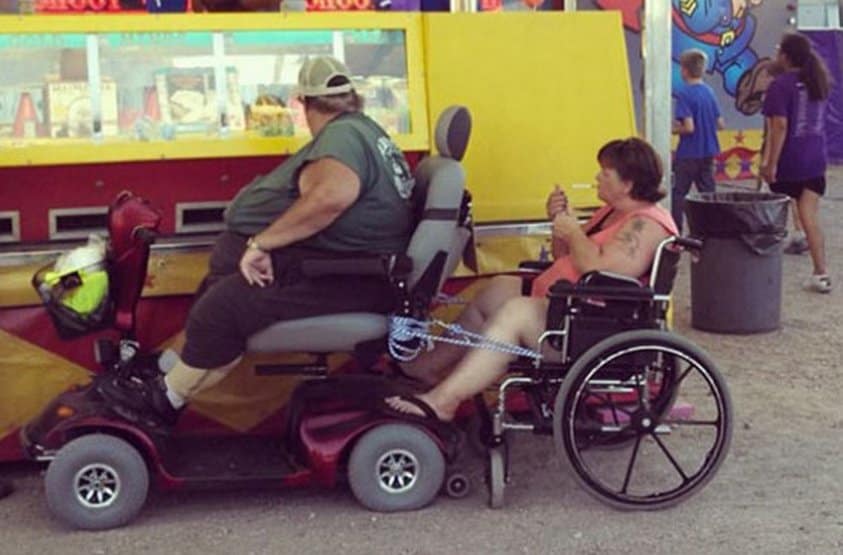 What a great idea! Why push yourself around when you can trail behind a motorized wheelchair? Frees up on hands to smoke…

Definitely Not A Member Of Seal Team 6 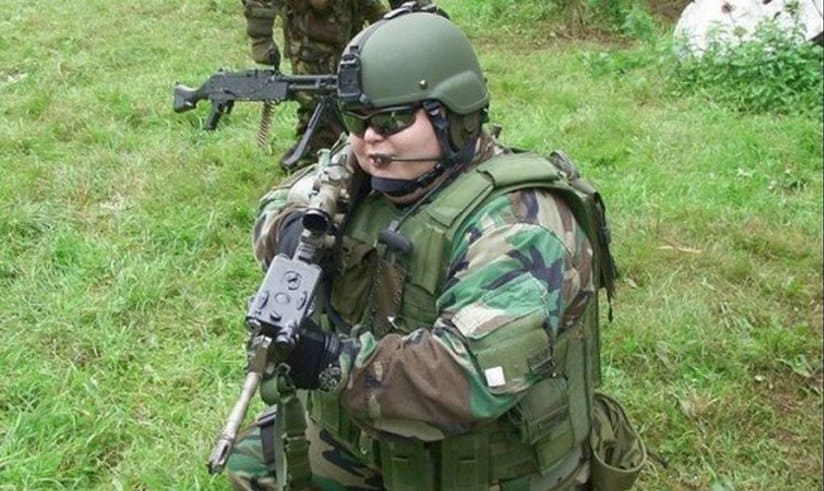 There’s no way this guy is actually a member of an elite team of commandos. 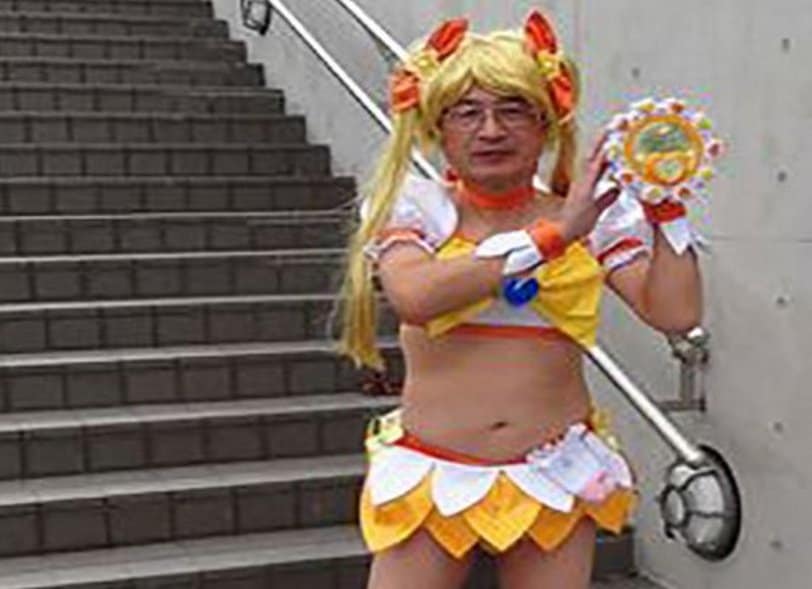 The only way this makes sense is if this guy was paid a lot of money to get in that outfit and let someone take his photo. 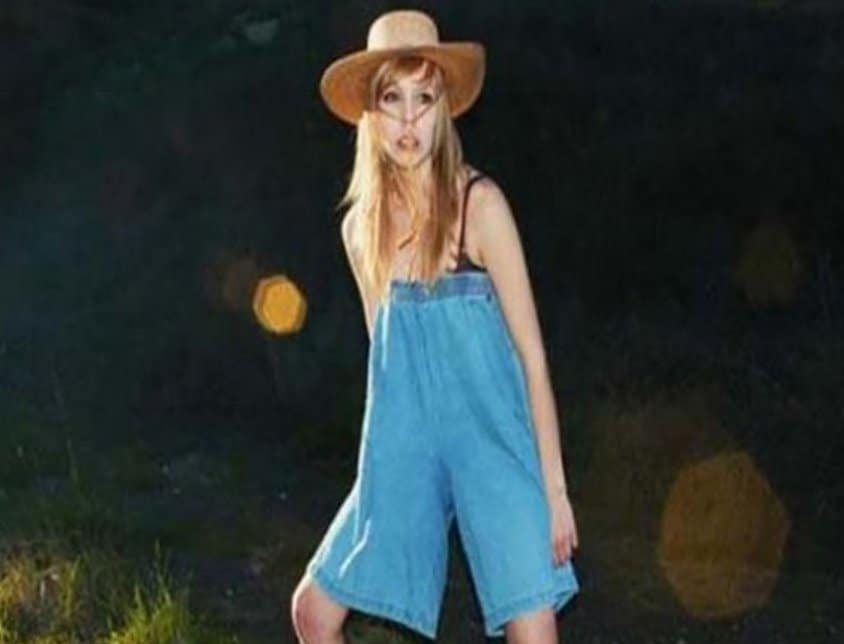 So basically this woman is wearing oversized shorts as a skirt-hybird. What’s even weirder is that she owned it by wearing that hat.

This Better Have Been Done On A Dare… 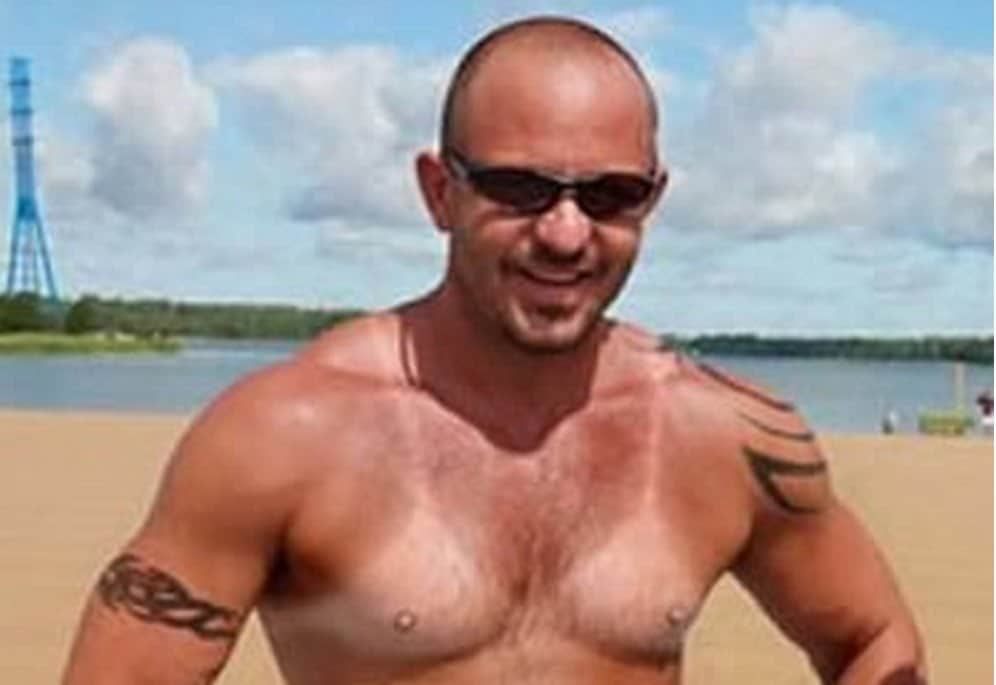 This guy had better of done this on a dare, otherwise he’s into some really weird things… 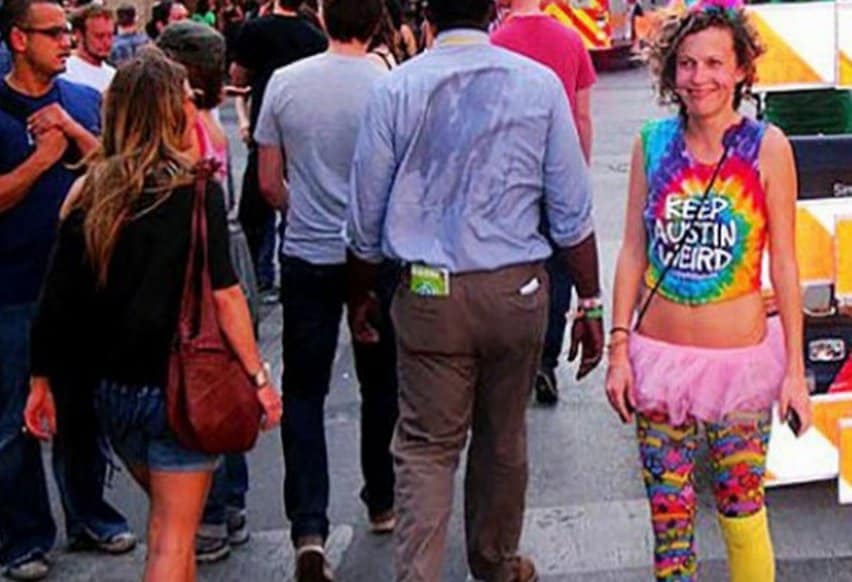 We have to admit it, this woman is clearly succeeding in her mission. 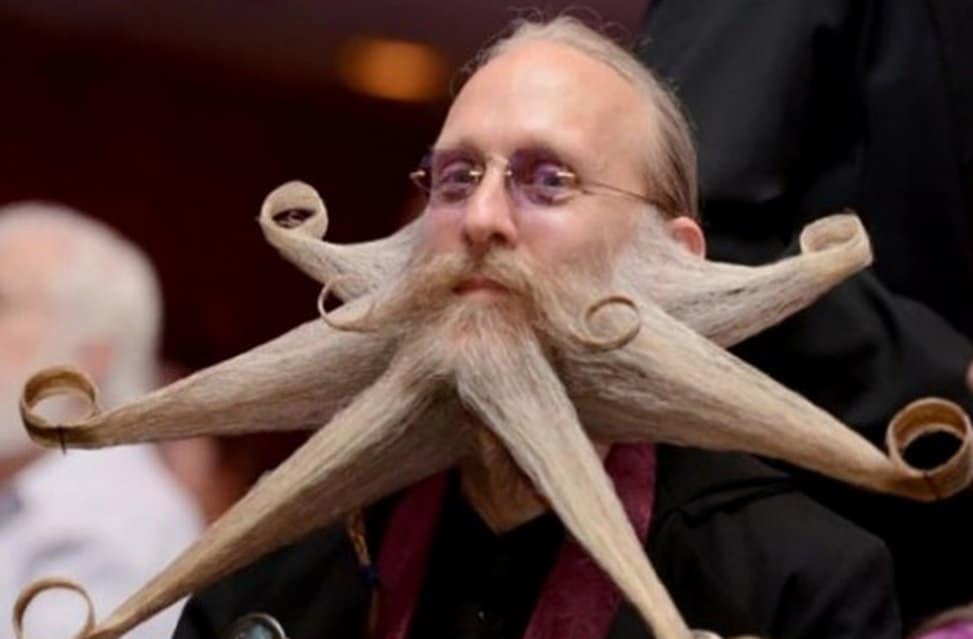 We love a good beard just as much as the next person, but this is just going a little too far. 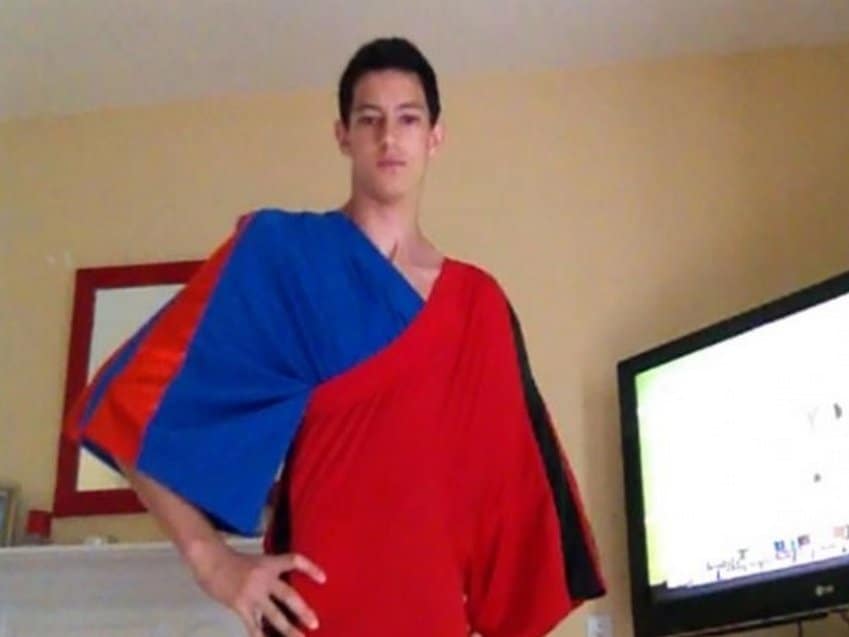 This guy is really owning his wardrobe choice. Not a hint of shame in his face at all. 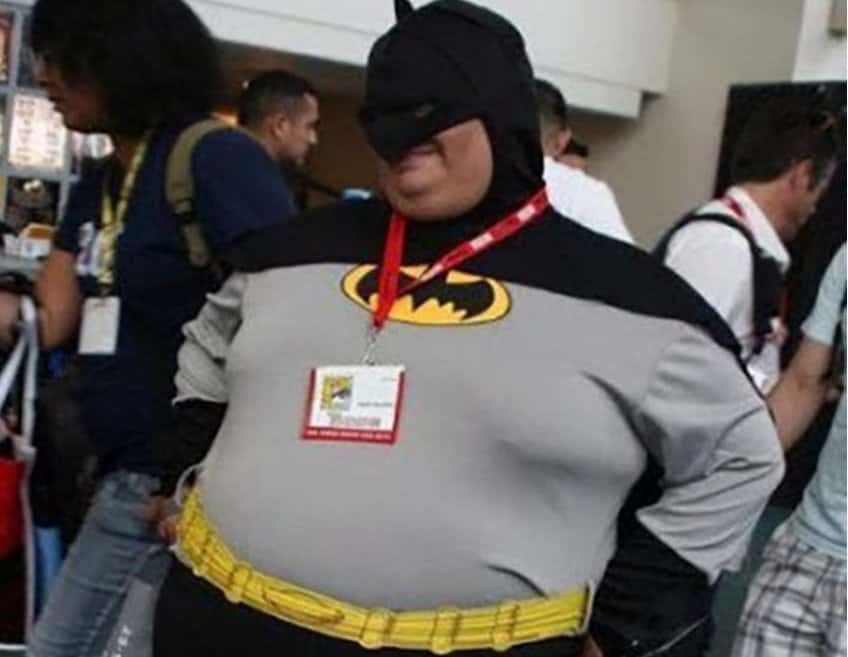 It’s A Nice Day For A White Wedding – And Hunting 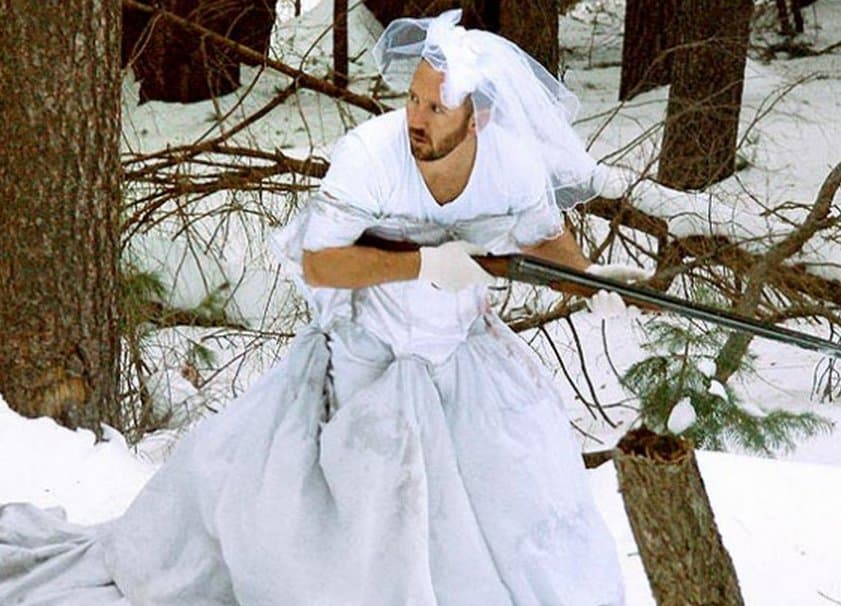 This makes no sense, at all. We literally have no theories as to what this guy’s deal is, we’re just sure it’s super weird. Maybe he was aiming for camoflage?

What A Cute Couple 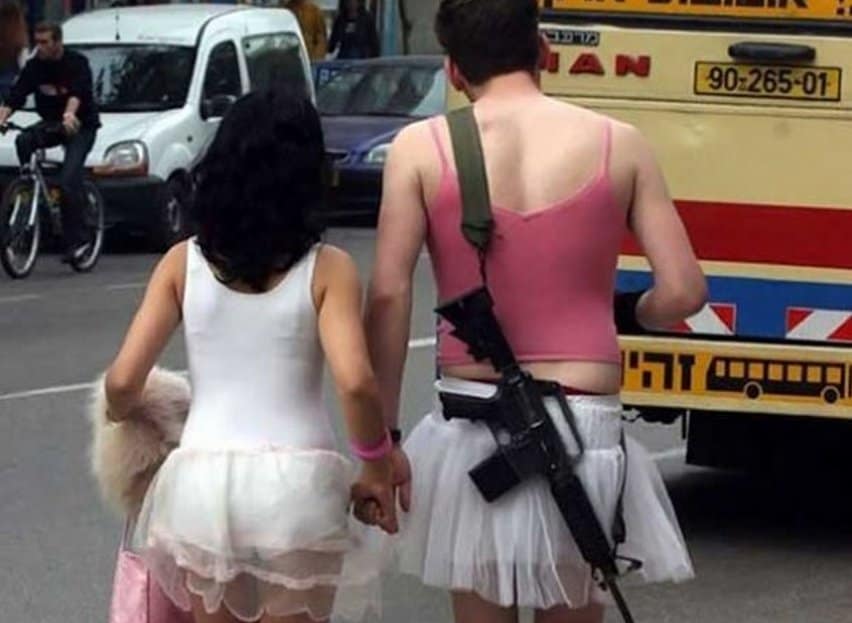 We’re not sure what’s going on here, but we love that they have an assult rifle to protect themselves. 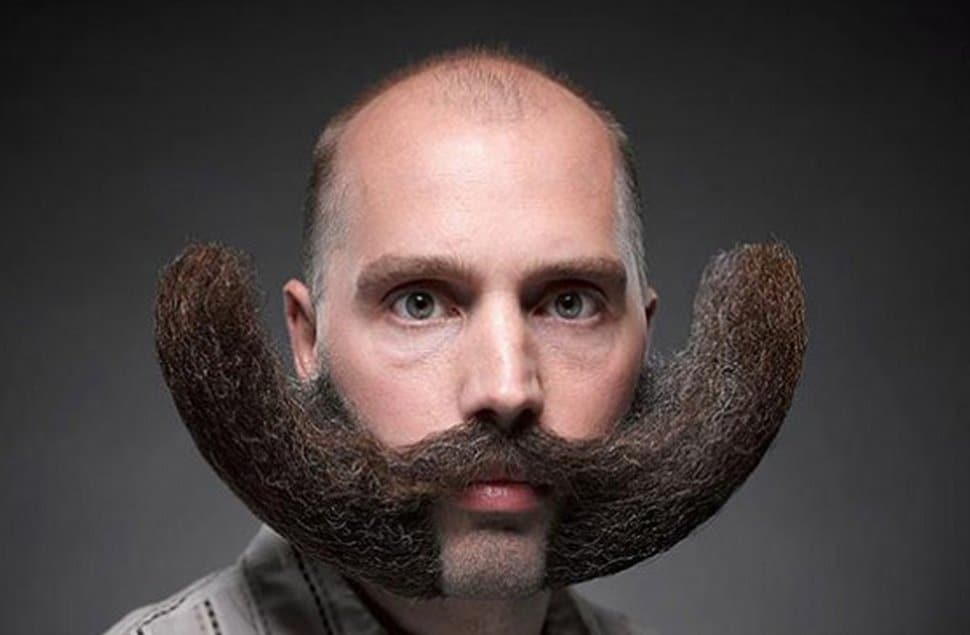 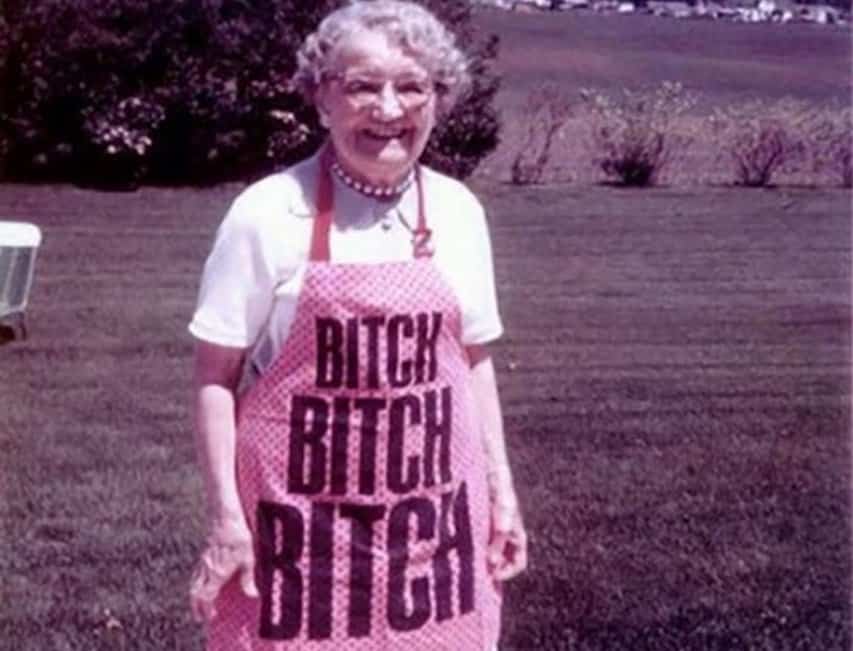 We loved our grandma, but she has nothing on this woman. 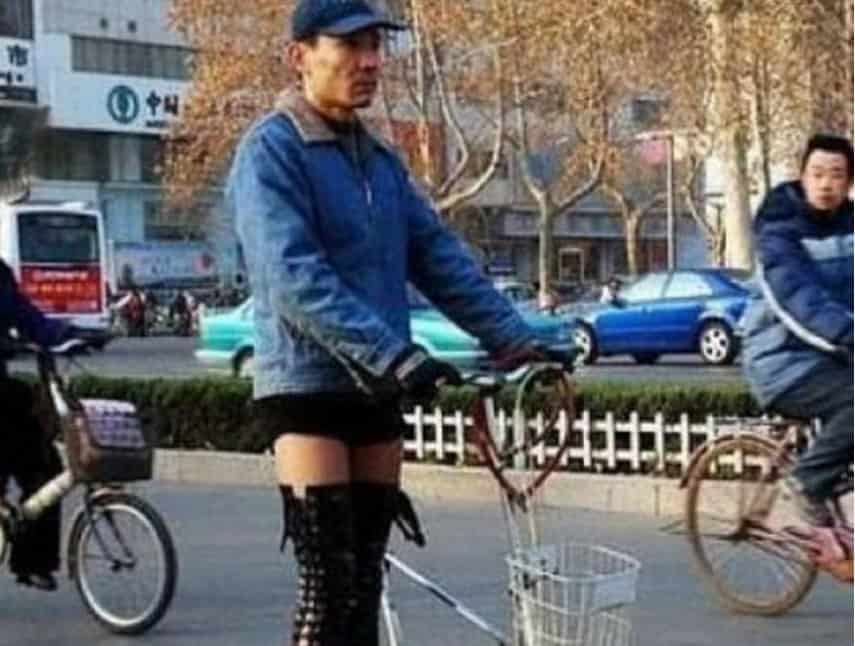 This guy is dressed normally on his top half, it’s the bottom half that gets a little weird. 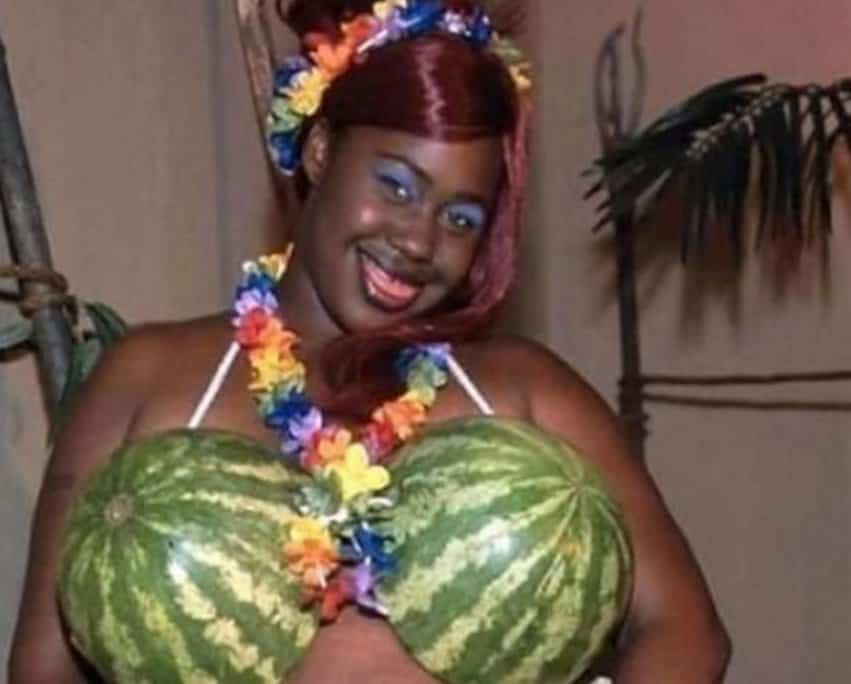 This woman really wanted to go to the Hawaiian-tiki themed party – her costume choice is a bit much though.

We Aren’t Sure What’s Going On Here 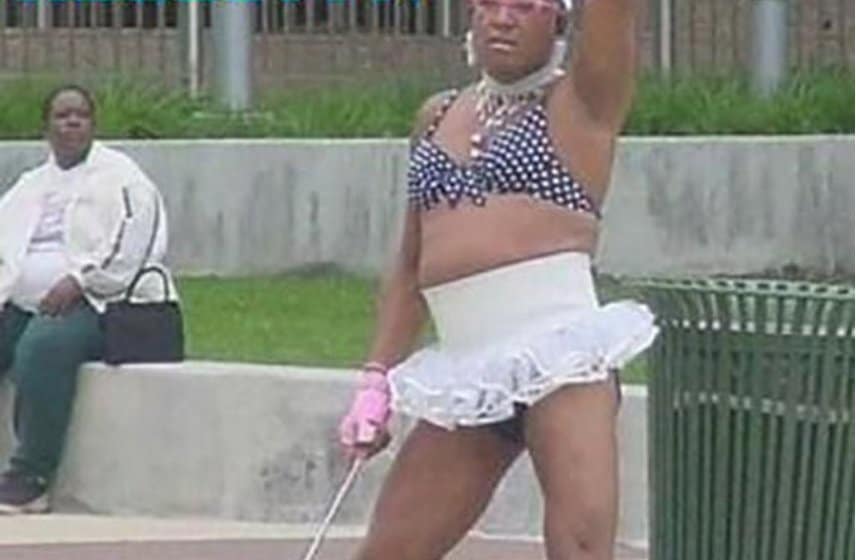 We love the woman in the background thinking the exact same thoughts that we are. 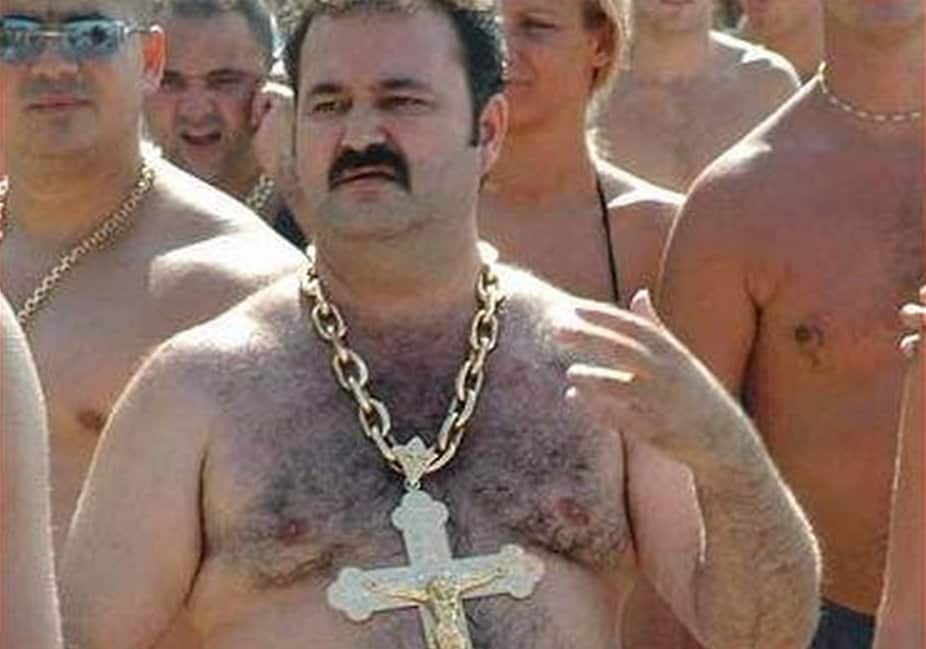 This guy really should have kept his shirt on, for everyone’s benefit.

Just Gotta Be Me 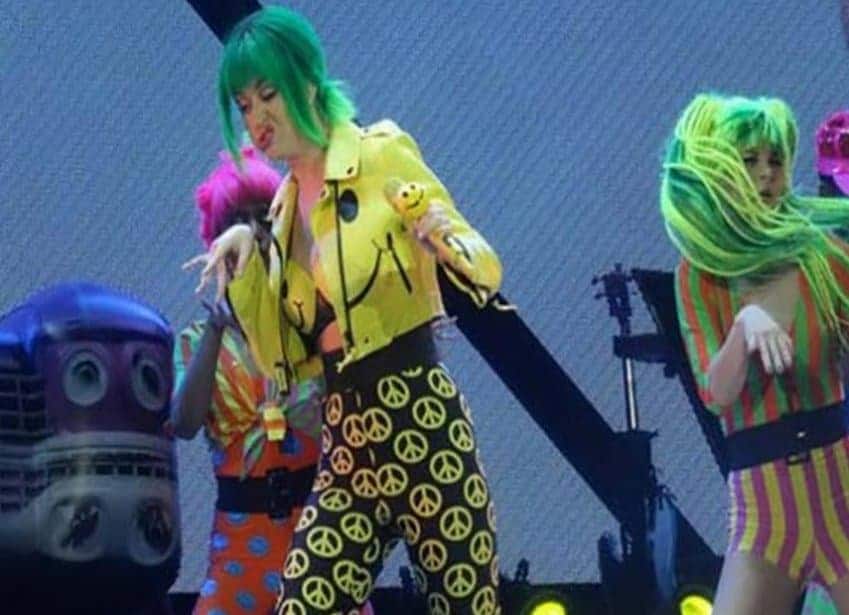 She isn’t afraid to be herself, which includes making some pretty weird faces while she sings. 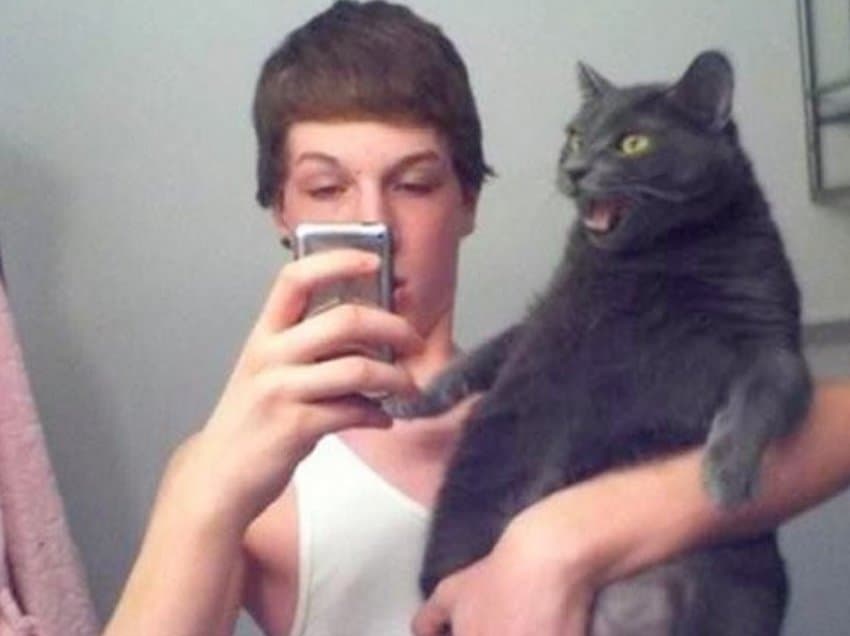 This man’s weird need to take a selfie with his cat is just too much. We have to assume the cat tried to scratch him or escape in some way right after this photo was taken.

The Beard Is Alive! 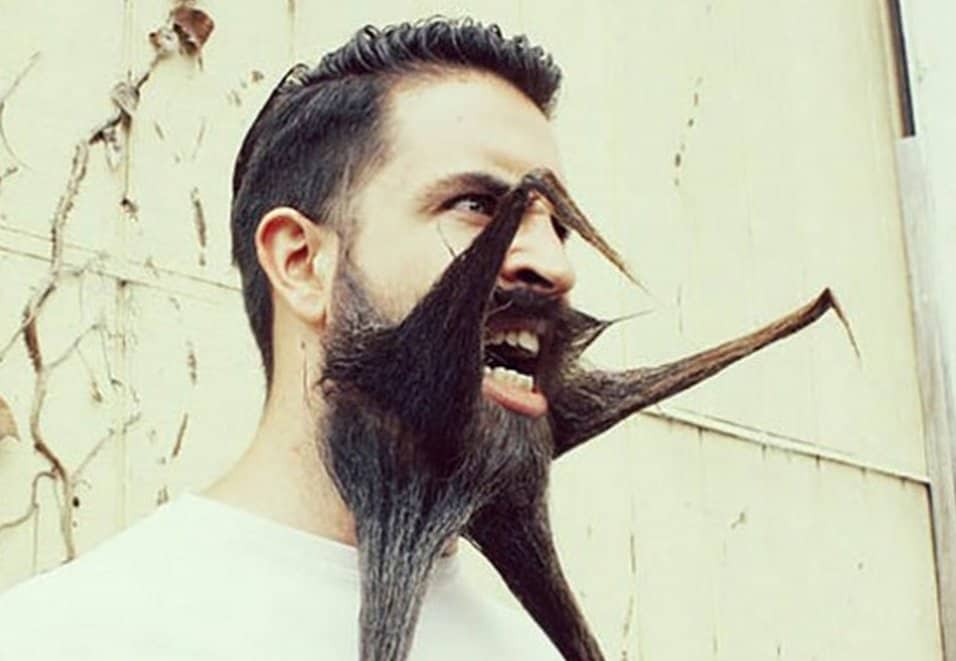