Game shows are unlike any other type of television show as they give us a unique insight into those who are taking part in a way that isn’t possible with other genres. With the vast majority of such shows revolving around quizzes, logical thinking and spatial awareness, they challenge the contestants and find ways of making them show off how intelligent they are. Unfortunately for them though, this also sets them up for making fools of themselves if they are too overconfident or just plain unlucky. 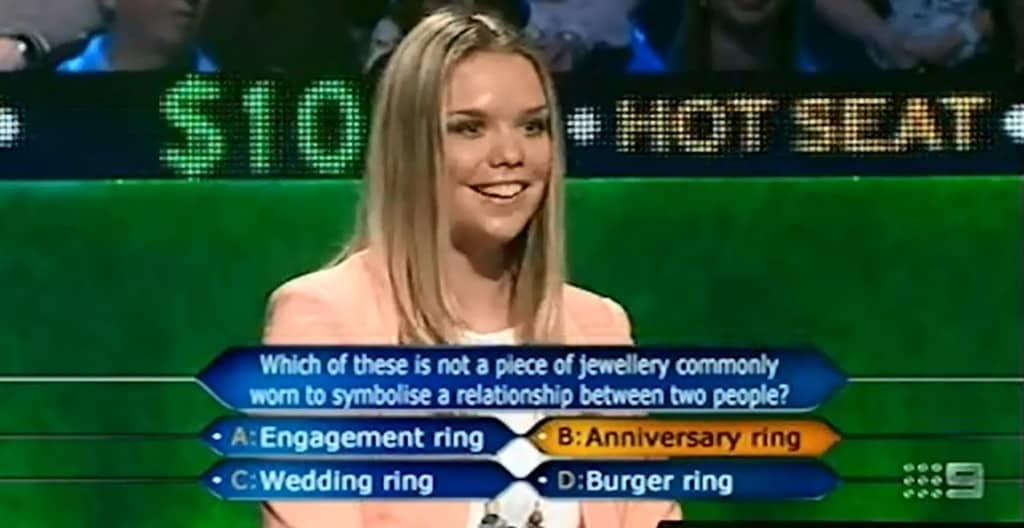 There have been many people who have failed the first question on “Who Wants To Be A Millionaire?” despite the fact that the initial question is designed to not be much of a challenge. One of these was Whitney Beseler, who failed to pick out a burger ring as the piece of jewelry that doesn’t symbolize a relationship between two people. She later admitted that it was the most embarrassing thing she has ever done. 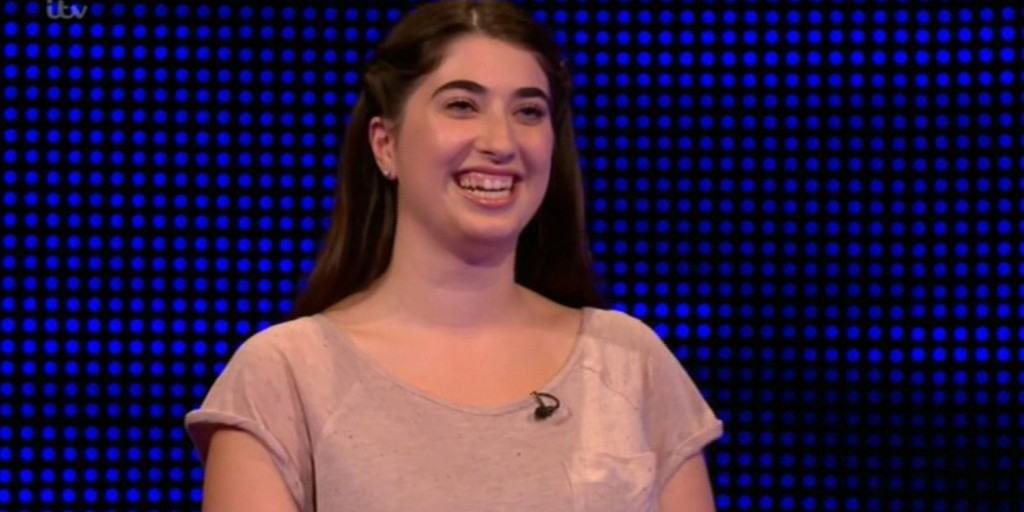 Hannah Mastrangelo was a university student in England when she took part in The Chase. During the initial cash builder round she failed to answer a single question right and then took money out of the overall prize pot to give her a better chance of getting through to the final. When she eventually made it through to the end of the show, she managed to answer just one question correctly and somehow walked away with more than $3,000. 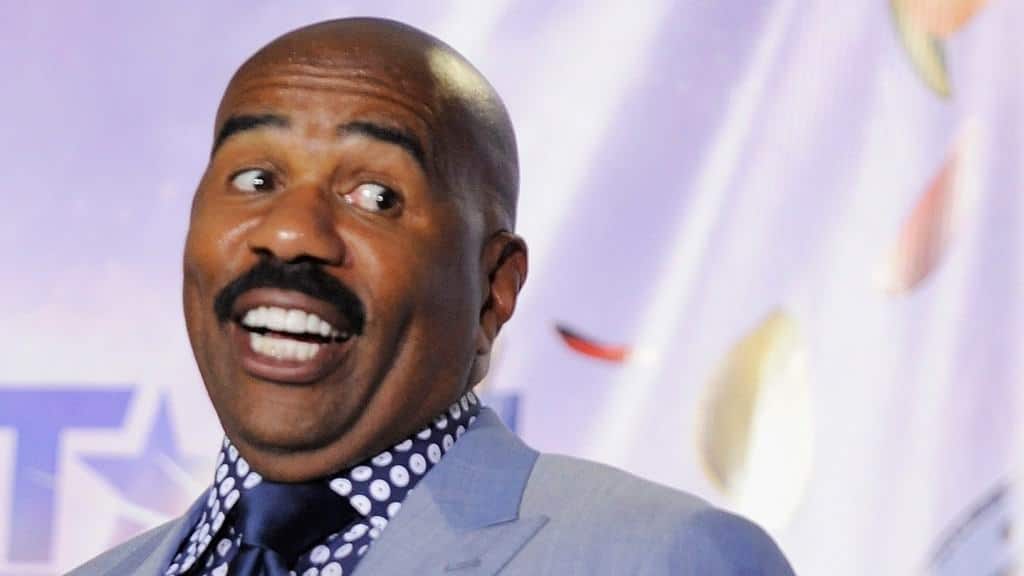 The Sass family looked almost certain to win the $20,000 grand prize on Family Feud after the first contestant managed to score 182 in the final round. That was just 18 shy of the total needed to get the cash, something that should be relatively easy to do for most people. That wasn’t the case for Anna though, as she scored zero on every single one of her answers and the entire family lost out because of it. 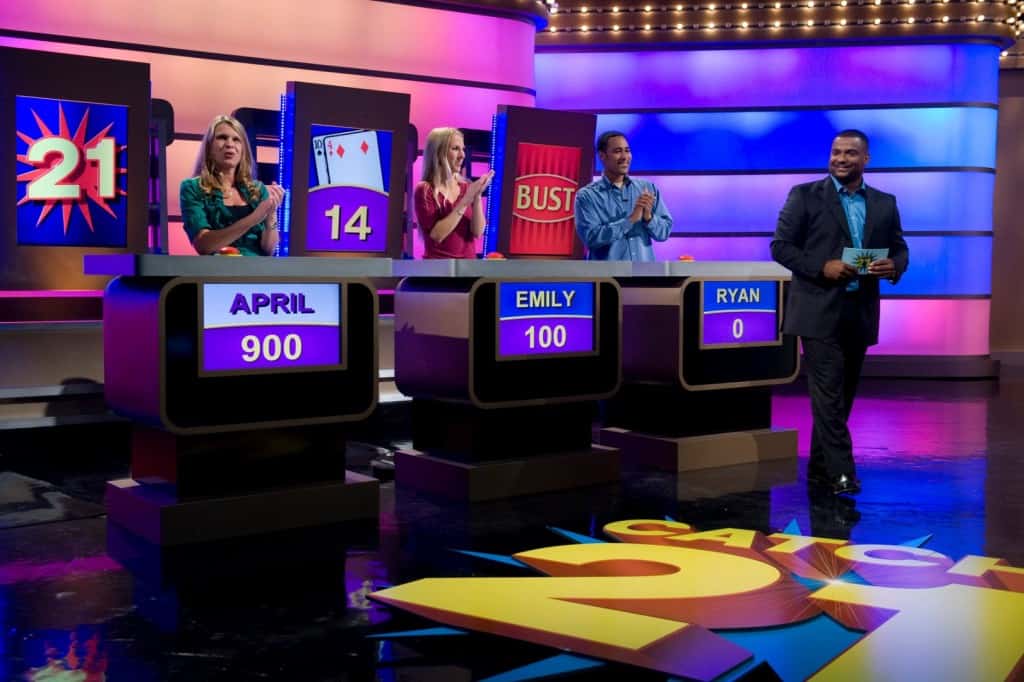 Catch 21 is all about trying to make the best blackjack possible by answering questions. Correct answers give the contestants a card from a deck of 52 and they can either keep it or give it to another player. Kimberly decided that she didn’t want the five as it would prove awkward for her to get to 21 easily with it and didn’t want to give it to one of the other players as it would have given him 11, an easy set up to 21. Coming to that conclusion she decided to hand over the five to the last remaining player who was on a score of 16, meaning he was boosted up to 21 and won the special bonus prize without doing anything. 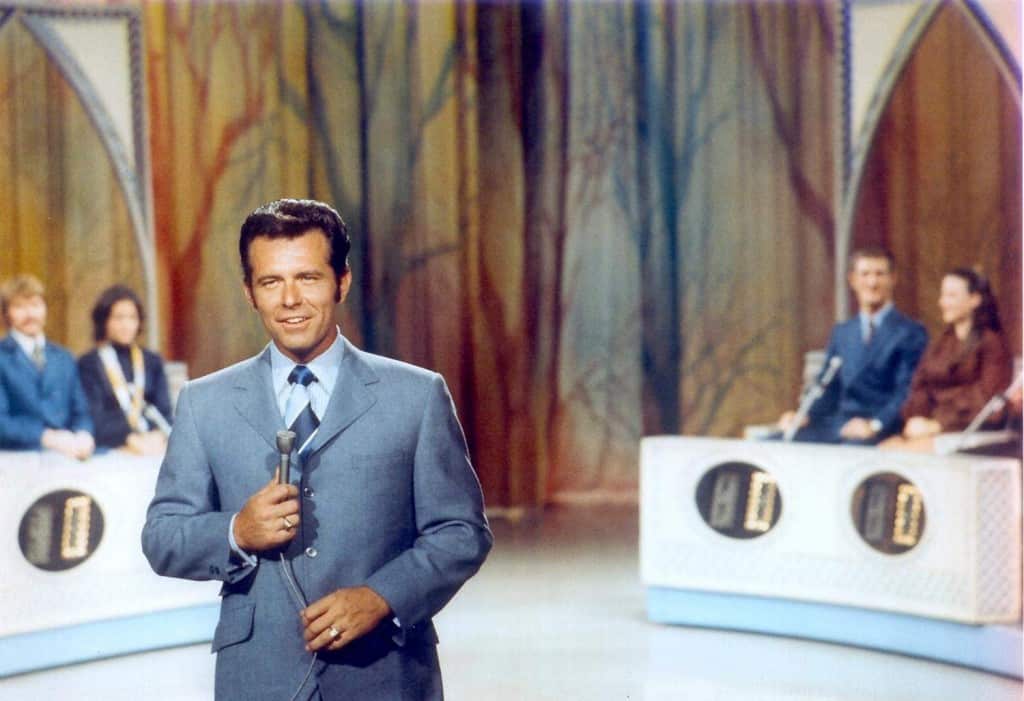 The Newlywed Game often threw up racy, funny and inappropriate answers from the couples who were taking part. The strangest though came from Olga Perez when she was asked by host Bob Eubanks what the strangest place she has ever had the urge to have sex. After taking time to think about it she said “in the ass” while her husband had written down in their car on the freeway. 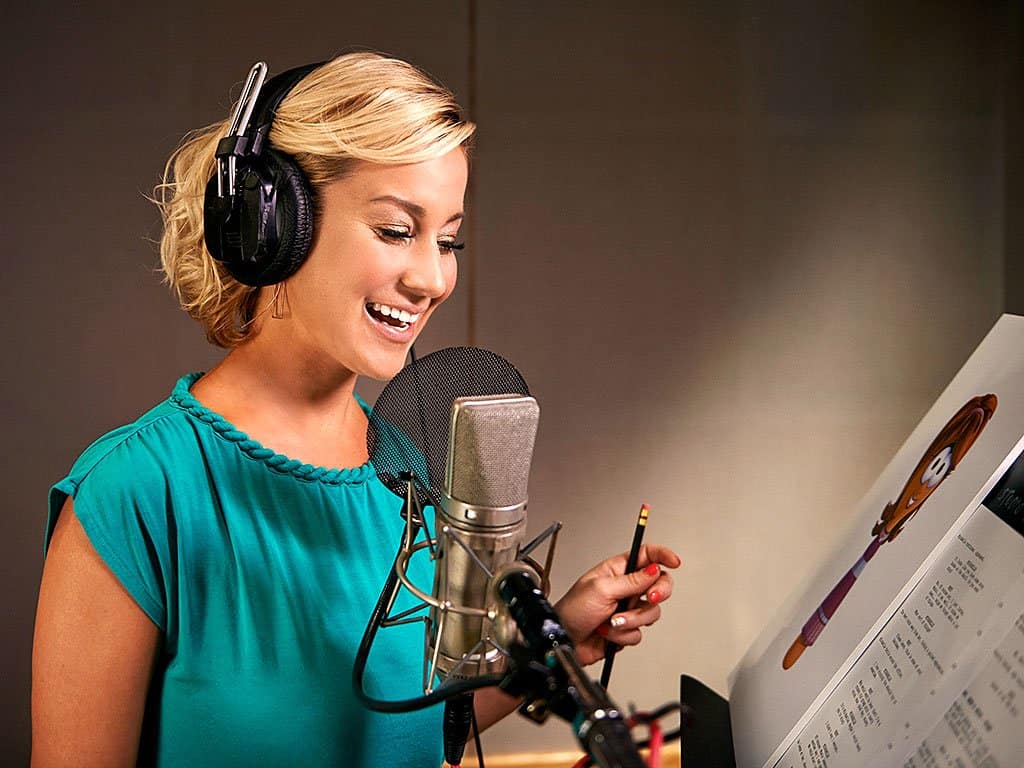 Kellie Pickler was already a well-known face before she appeared on “Are You Smarter Than A 5th Grader” after she had taken part in American Idol. However, she shot to even further fame with her lack of knowledge about geography on the quiz show, showing that she had little knowledge of Europe. When asked what country has the capital city of Budapest she replied “This might be a stupid question. I thought Europe was a country? I know they speak French there, don’t they? Is France a country?“ 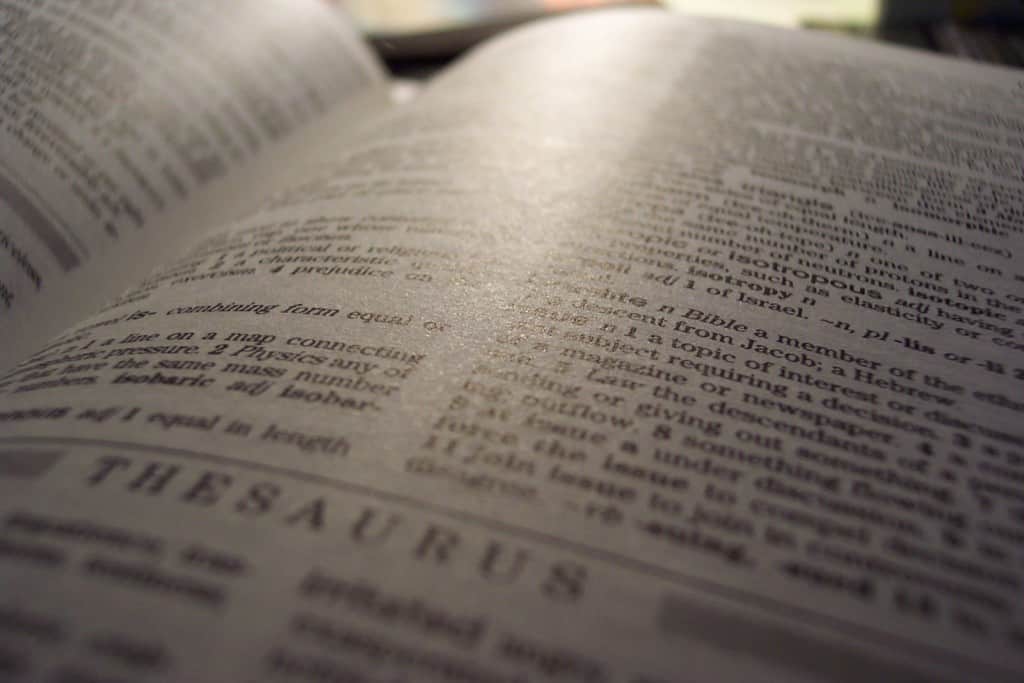 Tania and Christina had already gotten through several rounds of Australia’s version of “Who Wants To Be A Millionaire?” before they got stuck on a question that asked the two contestants to find which word was the name of a type of dinosaur. After discussing the answers for several minutes, they decided that a thesaurus was definitely a species of prehistoric animal. 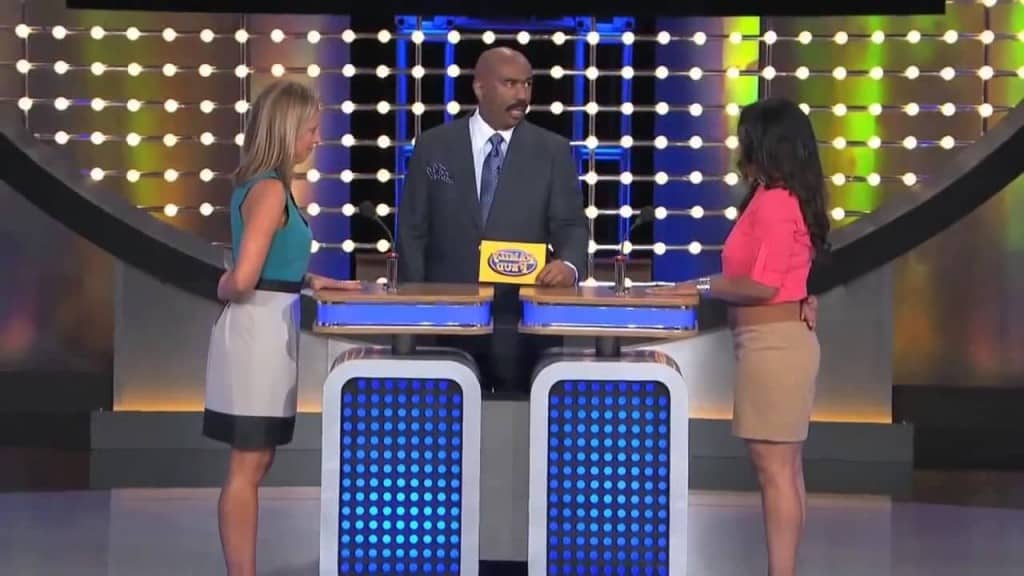 Contestants often come up with strange answers in the first round of Family Feud as they have to quickly come up with an answer with almost no thinking time. Christie really can’t be excused for answering “black” to the question that asked the two ladies to name something they knew about zombies. Her excuse was that she simply didn’t know if they’re white. 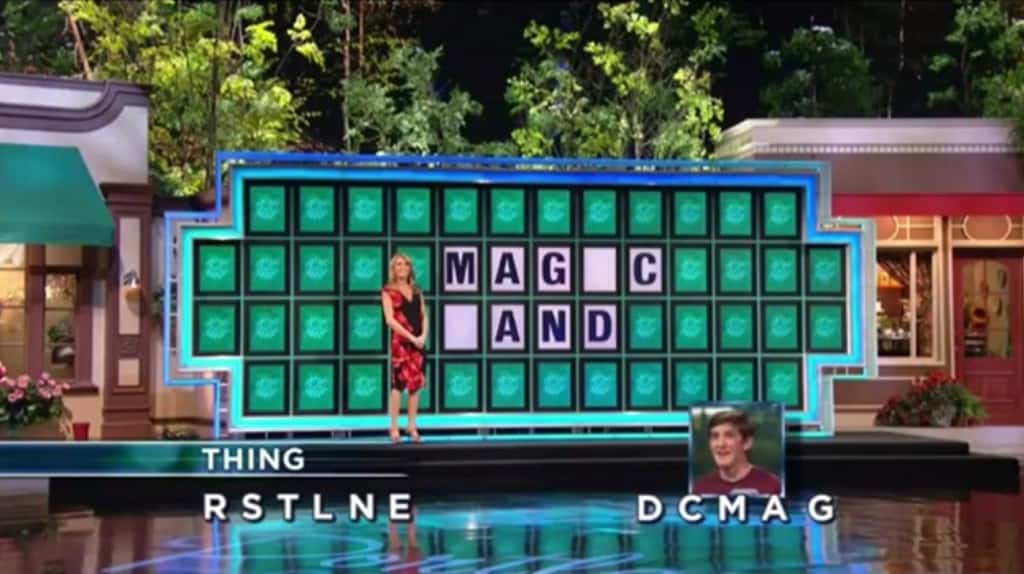 Attempting to win the final prize on Wheel of Fortune, Zach managed to guess almost all of the letters for the puzzle that was described as a “thing”. With only two letters left to solve it, he realized the first word in the phrase “MAG_C _AND” must be magic and then began to go through the alphabet saying various words that end in and. Eventually he got to the right answer, wand, but mispronounced the word and failed to win anything. 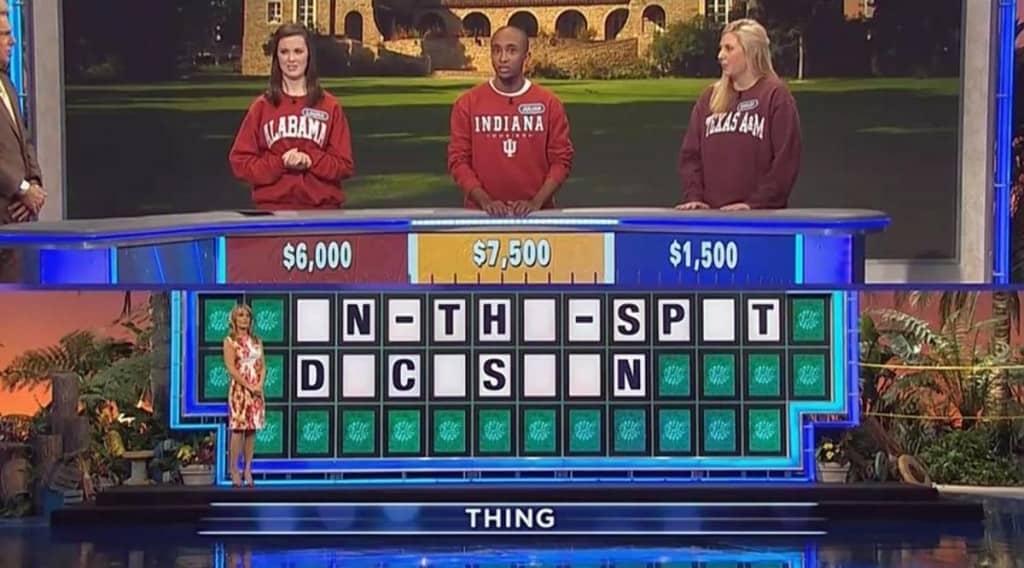 Julian Batt has been widely described as the worst game show contestant of all time, after his appearance on Wheel of Fortune during college week. The Indiana University student has progressed well throughout the show and had a chance to win $1 million after guessing all the letters on the board. Unfortunately he couldn’t pronounce Achilles and lost out on the money. Later on, he missed out on a trip to London and a car when he failed to decipher that final word in the puzzle “The World’s Fastest _A_” was man.