The explosive popularity of zombies over the past few years has led to all types of merchandise and fan creations. Television shows like The Walking Dead, games like Dead Island and Left 4 Dead and hit movies such as 28 Days Later and Dawn of the Dead have given people more reason to love zombies and celebrate these fictional creatures. One of the most imaginative ways that fans have set out to honor their favorite zombie franchises is to get tattoos on their own bodies. These inked pieces of artwork are sometimes bizarre and shocking but almost always incredibly imaginative. 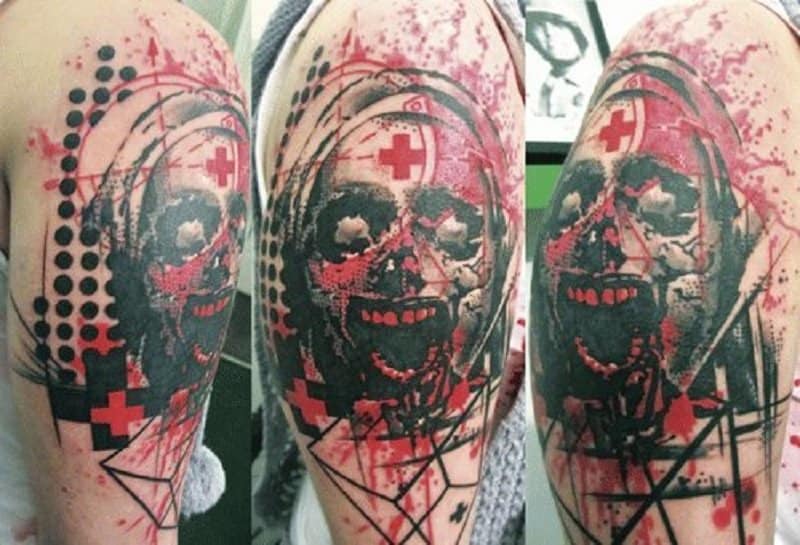 It’s probably best not to go to whichever hospital this nurse works at, at least if you have grown attached to your brain. 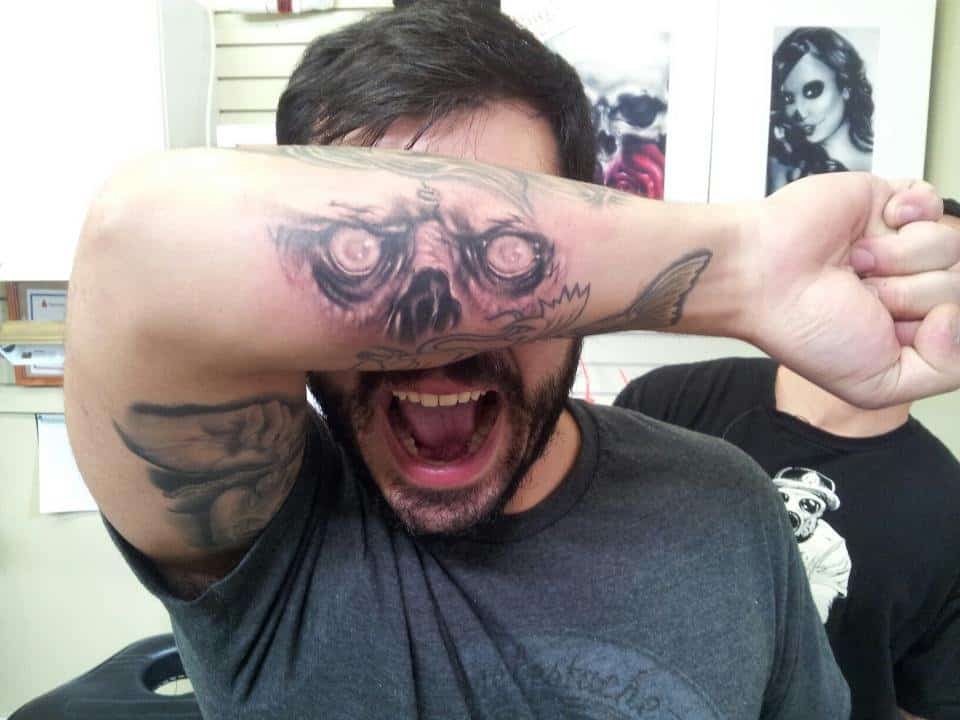 Not only does this tattoo look cool but just think of the money he will save by not having to dress up at Halloween as he can just strike this pose instead. 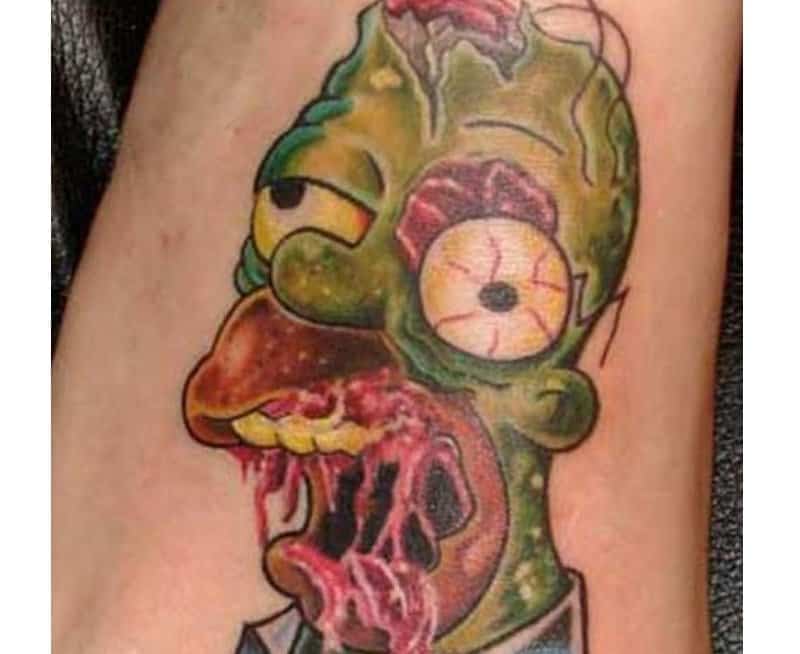 This is the tattoo you get if you really love both zombies and The Simpsons but don’t know how to combine the two. 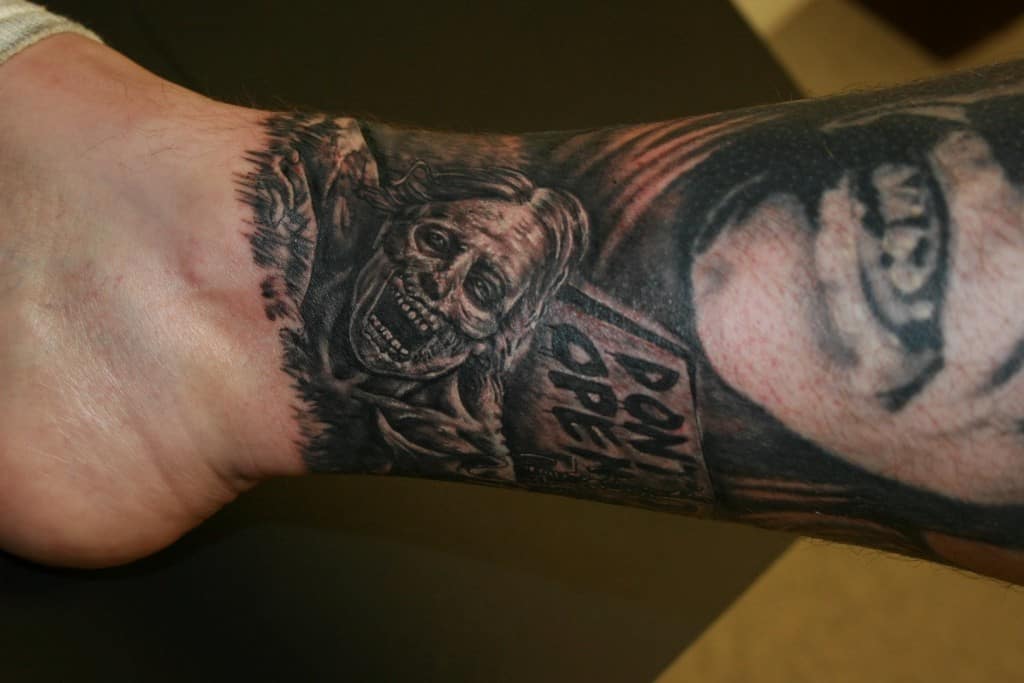 Including both the iconic bicycle zombie from the very first episode of The Walking Dead and the infamous words of “Don’t Open, Dead Inside” was an inspired choice. 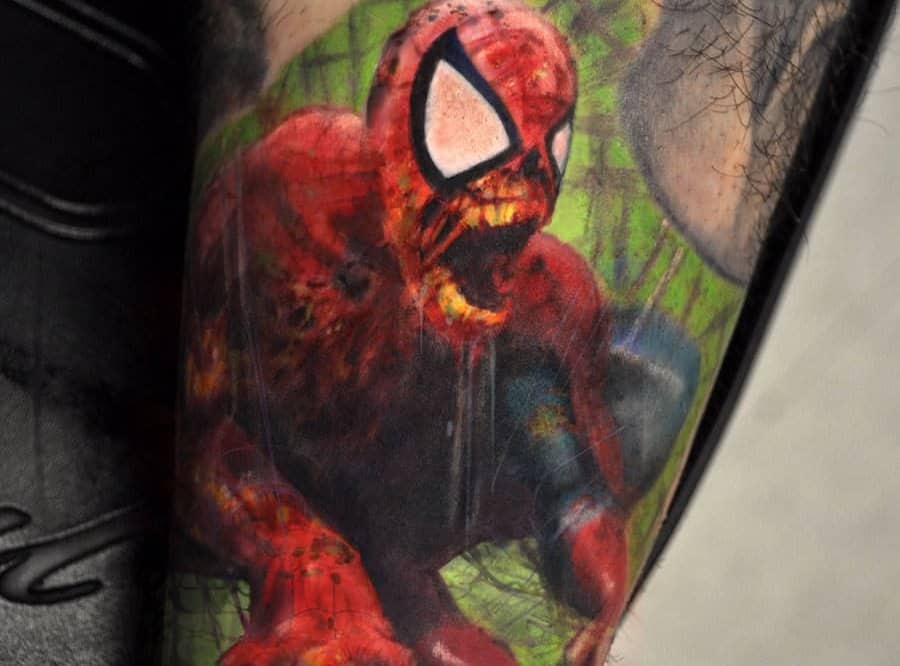 A zombie with all the superpowers of Spider-Man might be the stuff of nightmares, but this tattoo still looks awesome. 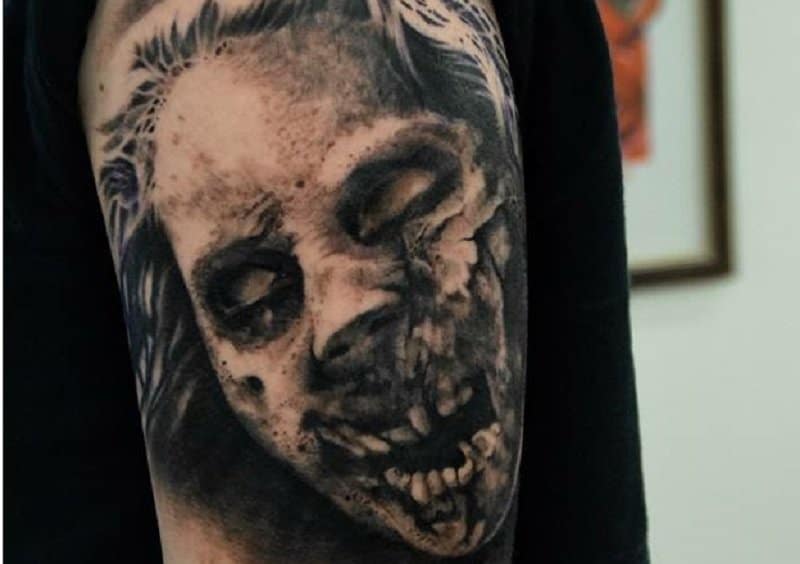 If you are going to have your arm covered in a zombie tattoo you might as well make it as gruesome and realistic as possible. 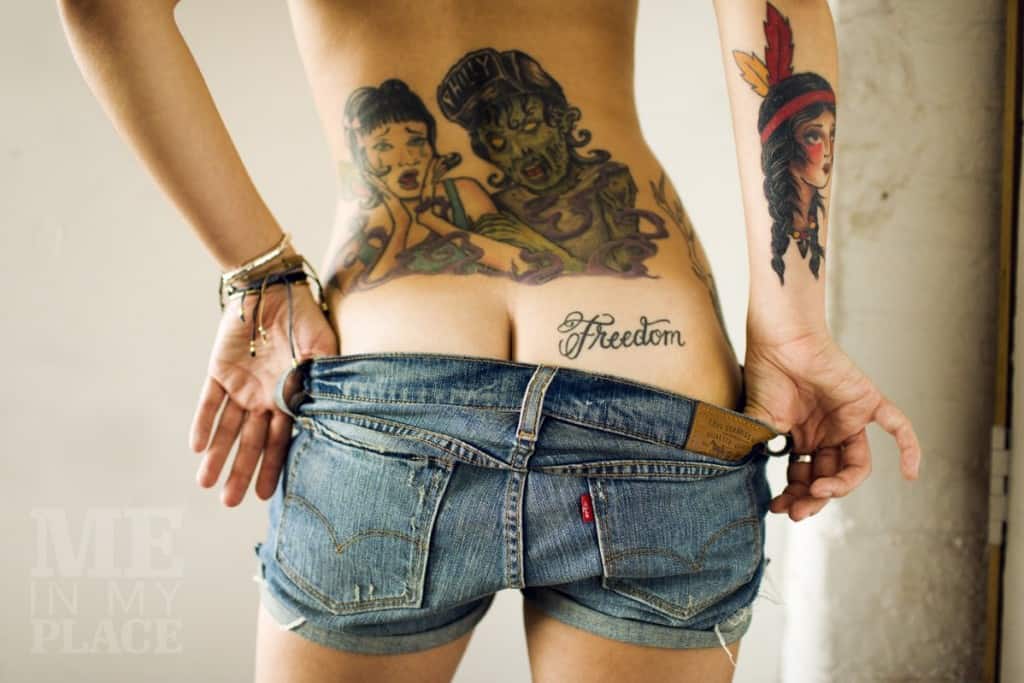 Zombies don’t have to be portrayed in black and white, while adding some color can actually enhance the overall image and look. 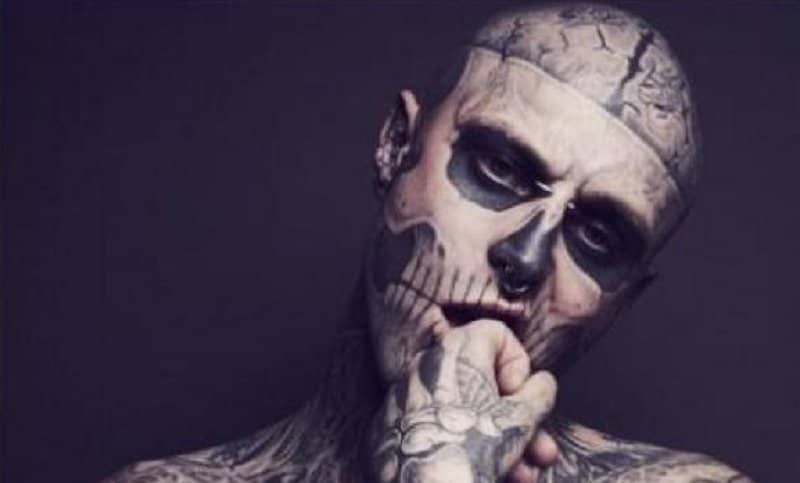 This guy took his love of zombies one step further than most by having his entire body becoming a walking mural to them, including this detailed head tattoo across his whole face. 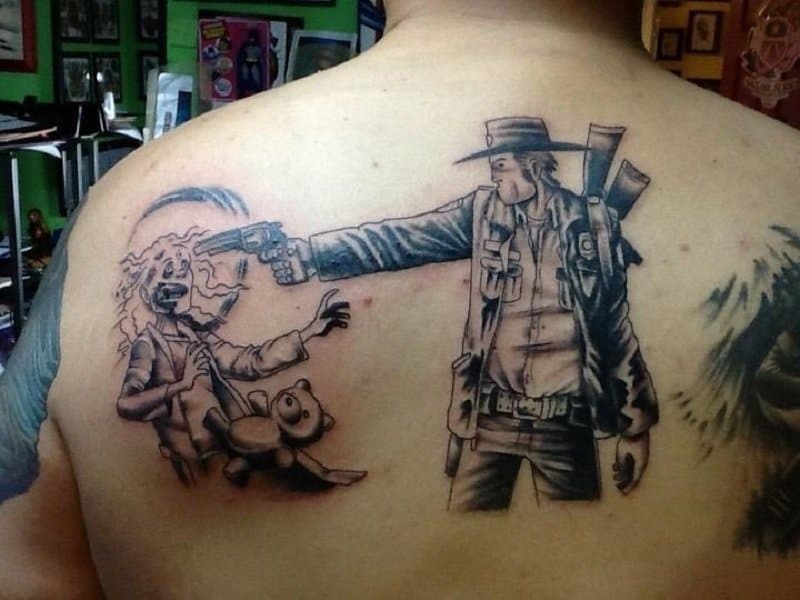 Messing with Rick from The Walking Dead doesn’t end well for most people, especially the undead. 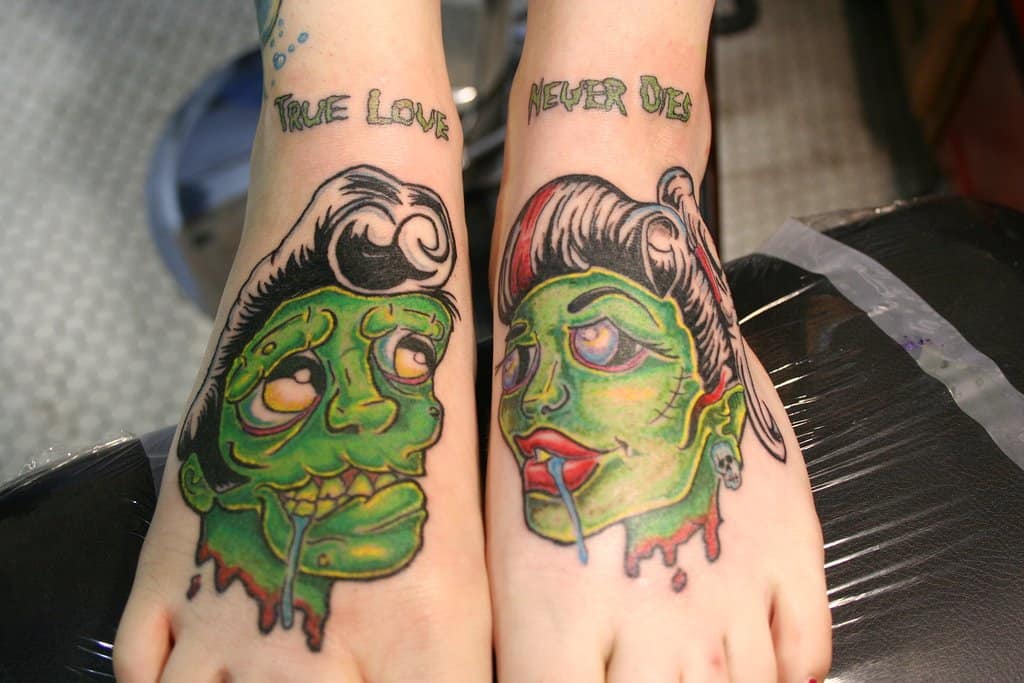 Not all zombie tattoos have to be grim, in fact you can even show some humor if you are clever enough.