Crimes, no matter what degree, are damaging to society. However, once in a while, we hear stories of athletes committing crimes. It is not exactly clear what drive these athletes to commit those crimes, though too much fame and fortune may have a role why these athletes get out of hand.

The kind of sports they participated does not have a direct effect on how “bad” the crime they had committed. But on the other hand, it is very unfortunate that these sports figures had given sports a bad name. Hopefully, the world of sports will learn from these legal cases and they will be more proactive in handling athletes with criminal activities. 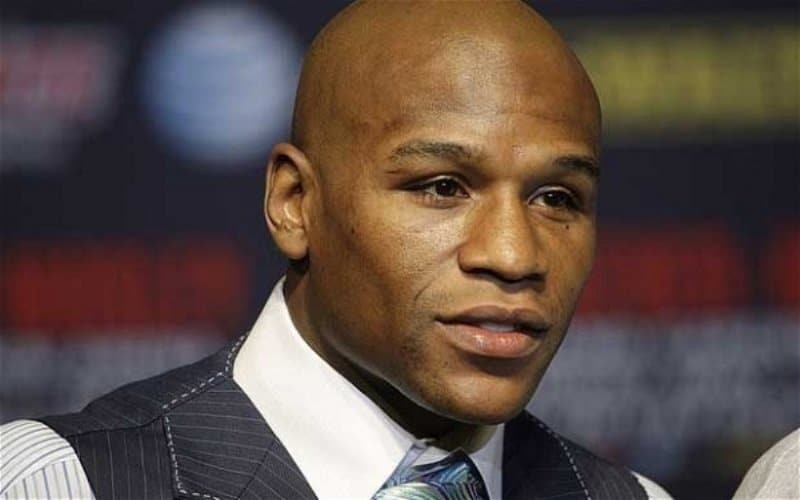 Floyd Mayweather is a heavyweight boxing champion. His former girlfriend, Josie Harris, had accused him of punching, arm twisting and hair pulling while their children are around.

In the past, Mayweather had dodged several jail terms for domestic violence cases but the Las Vegas judge had given him 90 days jail term after a plea deal in domestic violence. The plea deal avoided misdemeanor and felony charges which may have resulted to 34 years in jail.

Mayweather was also asked to pay the fine of $2,500 and to undergo domestic violence counselling program. He was released in August 2012. 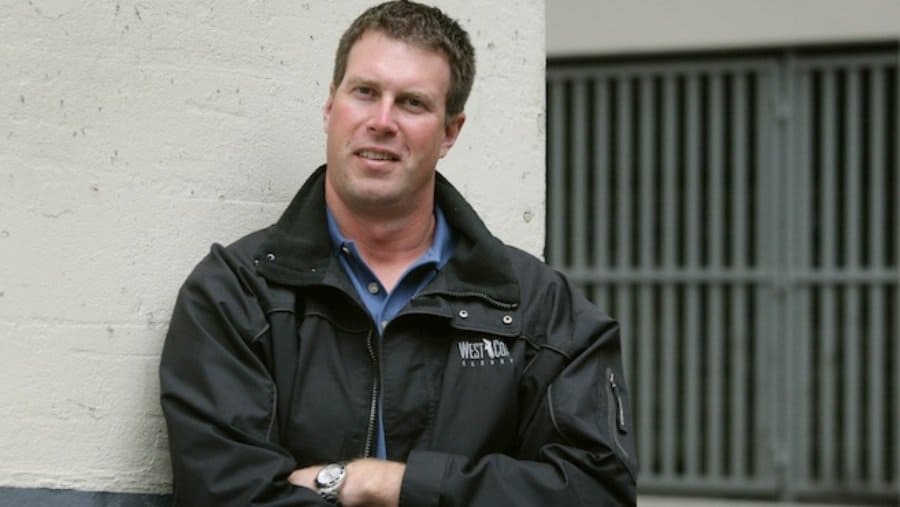 Ryan Leaf is a retired American football. He had played for Diego Chargers and the Dallas Cowboys. In 2009, he was indicted for burglary and substance abuse. He was arrested by customs agents at the border while returning to the United States.

In 2010, he had pleaded guilty to the felony charges and the district judge sentenced him to 10 years of probation and was asked to pay $20,000 in fines.

On March 30, 2012, he was arrested for theft, burglary and drug charges in Montana. Four days after, he was again arrested on the case of burglary, illegal possession of drugs and theft.

On December 3, 2014, Leaf was released from prison and was placed under the supervision of a parole officer. 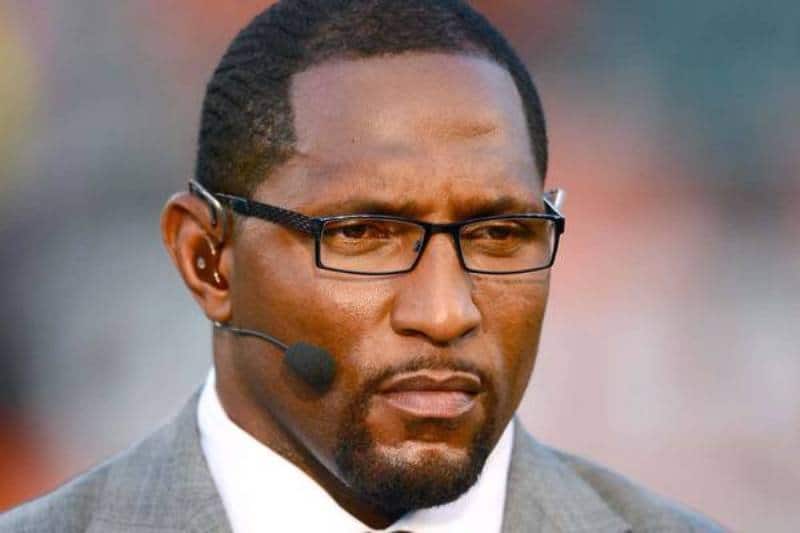 Ray Lewis is a former NFL player. He had played in Baltimore Ravens for 17 years. He was NFL Defensive Player of the Year in 2003.

After a Super Bowl party in Atlanta, a fight between Lewis, his companions and another group had resulted to deaths of Richard Lollar and Jacinth Baker. Lewis along with his companions was questioned and a few days later were indicted for assault and murder charges. However, Lewis had entered a plea that he will have a testimony against his companions but in exchange, the murder charges against him will be dropped.

He was later charged with obstruction of justice and misdemeanor. Lewis had accepted the plea bargain and he was ordered to 1 year probation. The NFL did not fire him however he was fined $250,000, one of the biggest fines in NFL league. 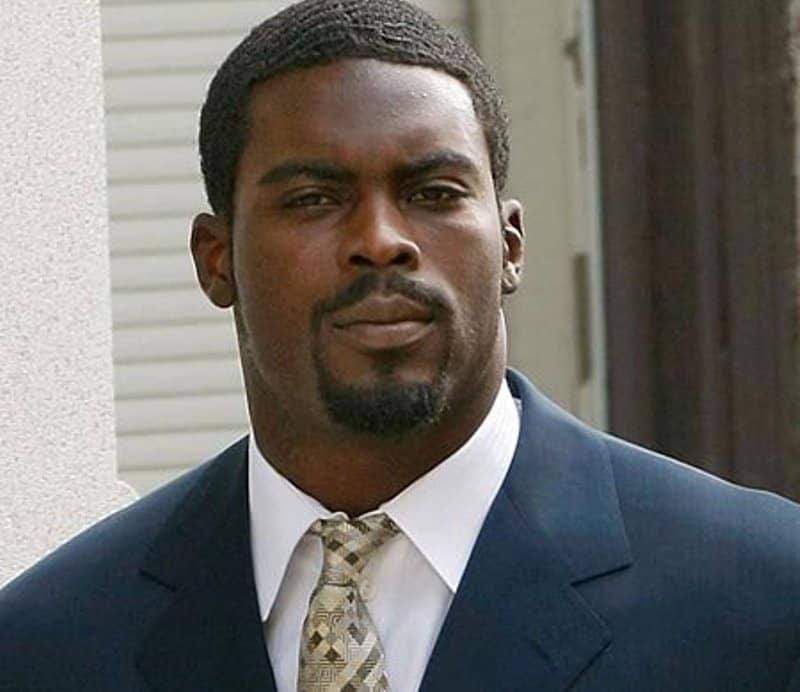 Michael Dwayne Vick is an American football player. He had played professionally for the Philadelphia Eagles, Atlanta Falcons and New York Jets.

In 2007, Vick and three men were accused of felony charges after they were found operating illegal interstate dog fighting. He was charged with financing gambling activities and participating in the execution of dogs.

He and his co-defendants had agreed to plea bargains. They pleaded guilty to the state charges in order to have an early release from the federal prison. On 2008, Vick was sentenced to 3 years imprisonment and was required to pay $2,500 in fines. Vick was released from prison on July 20, 2009. 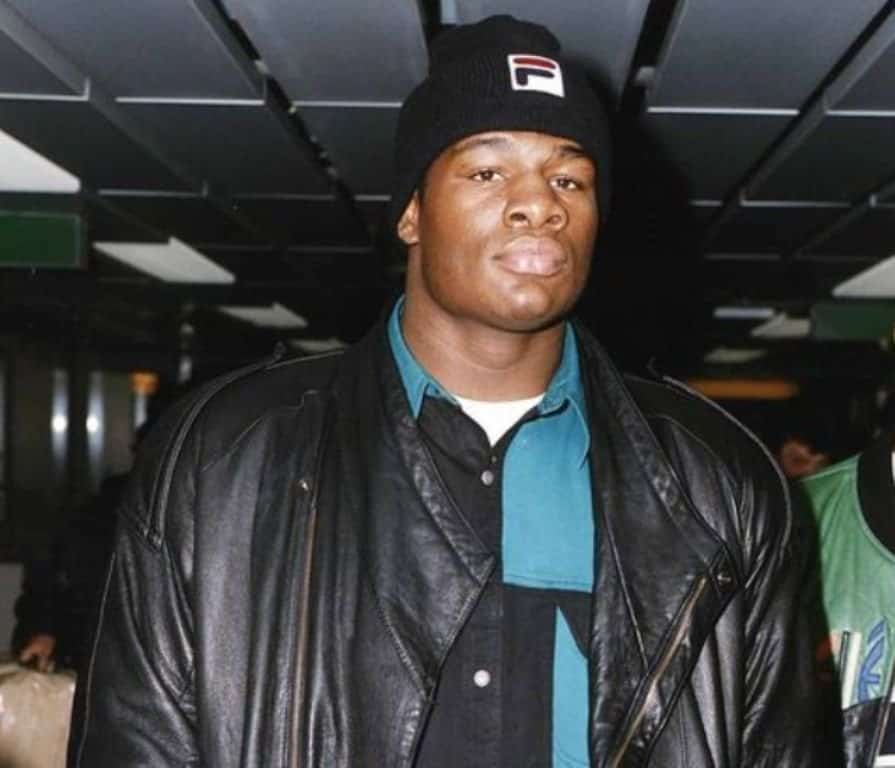 Riddick Bowe is a former heavyweight champion. He had won WBC, WBA and IBF titles in 1992. He kidnapped his estranged wife Judy and their five children. He forced them to ride his vehicle and go to his Maryland home.

Aside from kidnapping, he also stabbed Judy in the chest, it is fortunate though that she survived the incident.

Bowe was captured in Virginia and was charged with assault and kidnapping. He was sentenced to 17 months in federal prison and was released in April 1998. 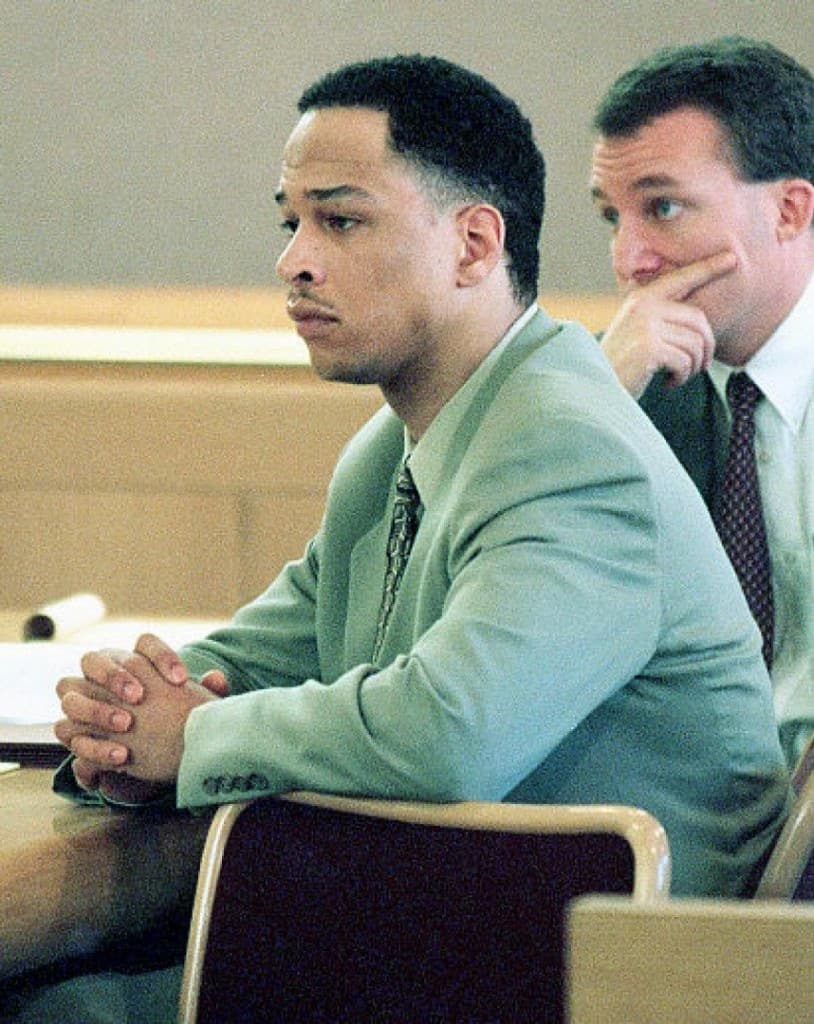 Rae Carruth is former football player for the Carolina Panthers. On November 16, 1999, he had shot Cherica Adams, the woman he was dating and was pregnant with his child. Adams was shot four times in the back. She made a call to 911 and described the behavior of Carruth.

In the hospital, Adams had fallen into a coma and died a month later. Her child was born in an emergency caesarean section but due to premature birth, he has cerebral palsy.

Carruth was captured after hiding in the trunk of a car outside a motel in Tennessee. He was charged with conspiracy to commit murder. Carruth was sentenced to 18 to 24 years in jail. His expected release is on October 22, 2018. 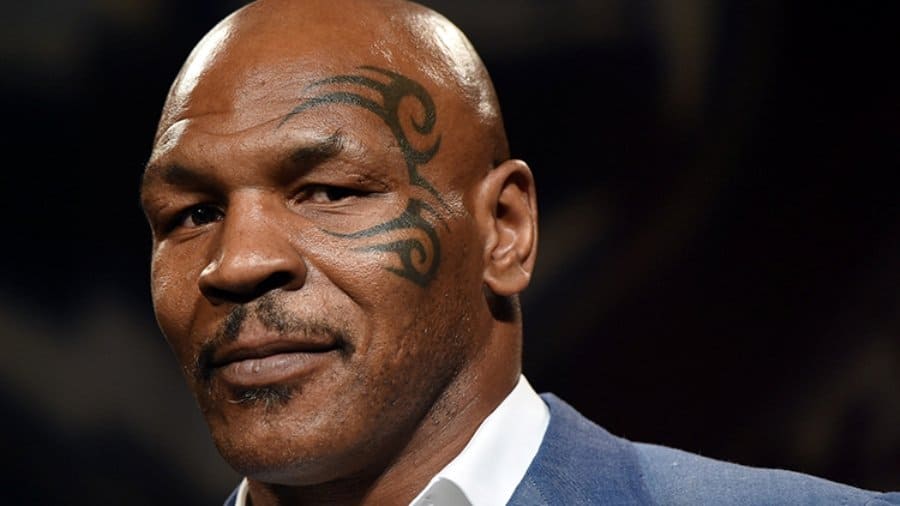 Mike Tyson is a former undisputed professional boxer. He was the youngest boxer to win WBC, IBF and WBA heavyweight titles.

In July 1991, Tyson was charged with the rape of Desiree Washington, an 18 year old college student. On February 10th, 1992, he was convicted to 10 years imprisonment. But the judge suspended the last 4 years thus giving Tyson only six years behind bars. Tyson was released from prison in March 1995. 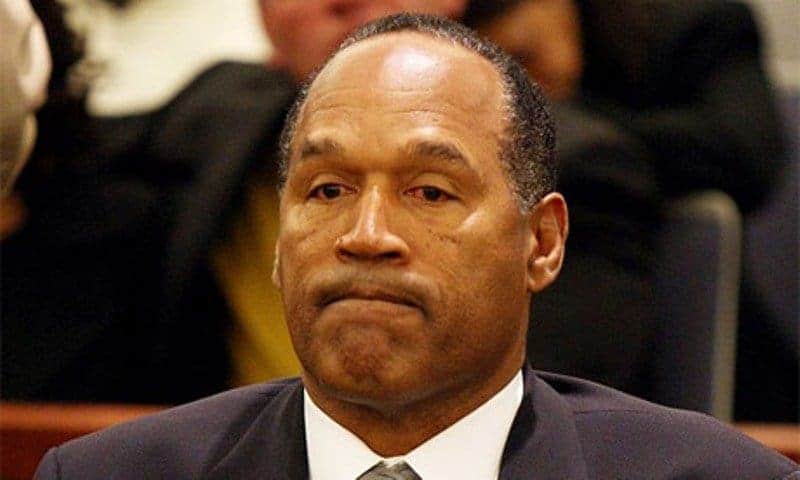 OJ Simpson is a retired American football player. He was in the National Football League with the Buffalo Bills from 1969 to 1977 and San Francisco 49ers from 1978 to 1979. He was inducted in the Pro Football Hall of Fame in 1985.

In 1994, he was accused of the death of his former wife Nicole Brown Simpson and her friend Ronald Goldman. Simpson was acquitted in 1997 after a publicised trial.

In 2007, Simpson was arrested and charged with numerous felonies including burglary, assault, robbery and kidnapping. In 2008, he was convicted and sentenced to thirty three years imprisonment. He now stays at Lovelock Correctional Center in Nevada. 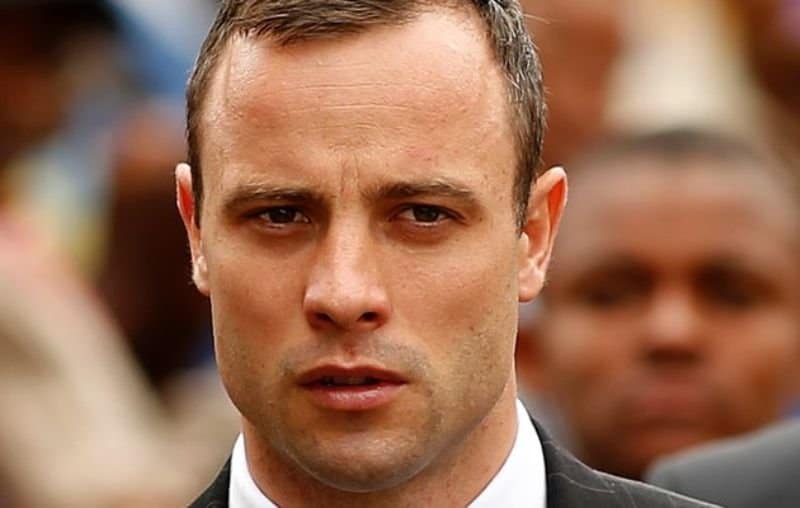 Oscar Pistorius is a South African sprint runner. His legs were amputated when he was only eleven years old. He is the first amputee to participate and win in the 2012 Summer Olympics.

On February 14th, 2013, Pistorius had shot his model-girlfriend Reeva Steenkamp. According to him, he had mistaken Steenkamp as an intruder. He was later arrested and accused of murder. 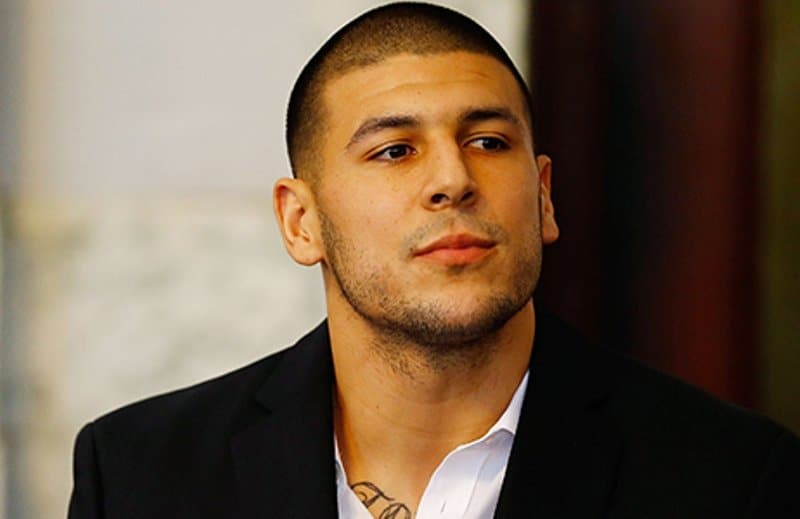 Aaron Hernandez is a former American football player. He played college football for the University of Florida and was drafted by the New England Patriots. However, the Patriots had released him immediately after he was arrested for the death of Odin Lloyd.

On April 15th, 2015, Hernandez was convicted of first degree murder of Lloyd. He is now serving his life sentence without parole.