10 Pictures That Could Only Be Taken In New York

A lot of cities in the world strive to create their own unique identity. New York has never had that problem. It was perhaps the first truly diverse and developed city in the world and it has a lot of connotations attached to it. It is the city that never sleeps and a city of a million different faces. Its multi-cultural, multi-dimensional nature provides its citizens a unique environment to strive in. It is also a city of polar opposites, and this is most evident when you stroll through its streets. Here is a list of 10 pictures that prove how unique New York really is.

Weirdo On The Train 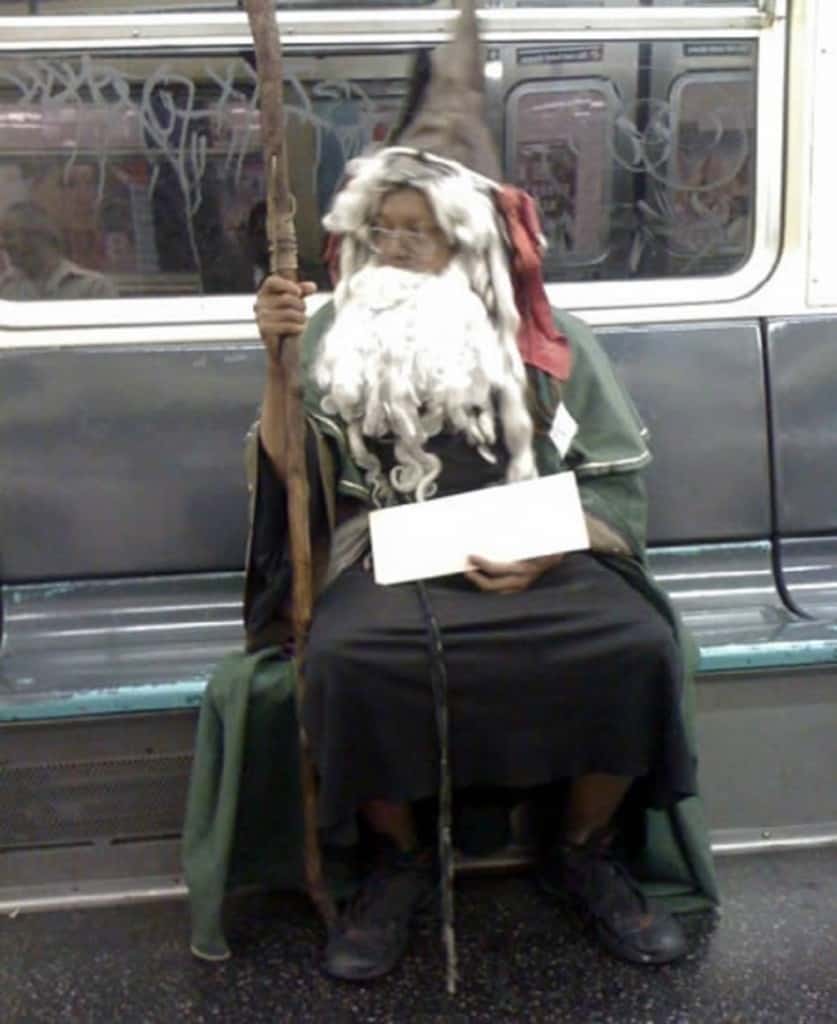 If you think you have seen weird people riding on the subway with you, just remember that New York invented this phenomenon. 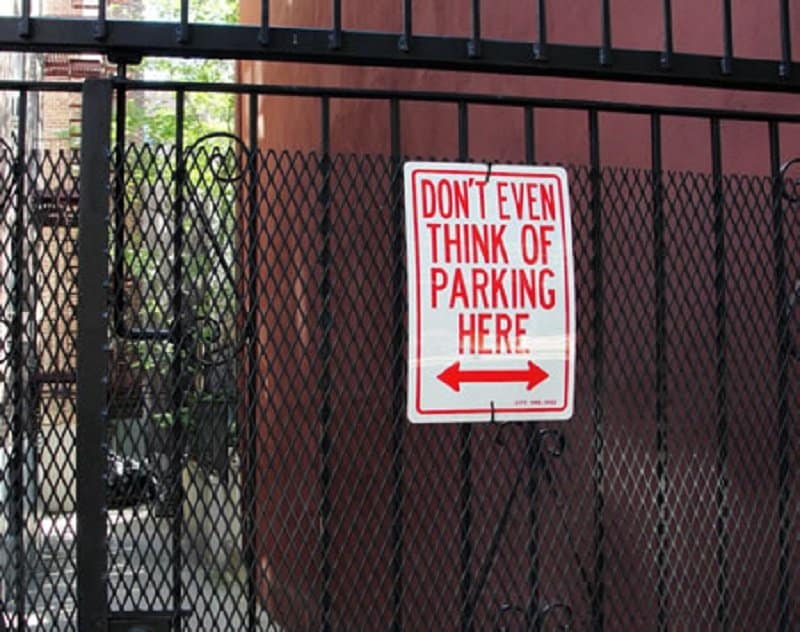 Even the no parking signs in New York are extremely passive aggressive. 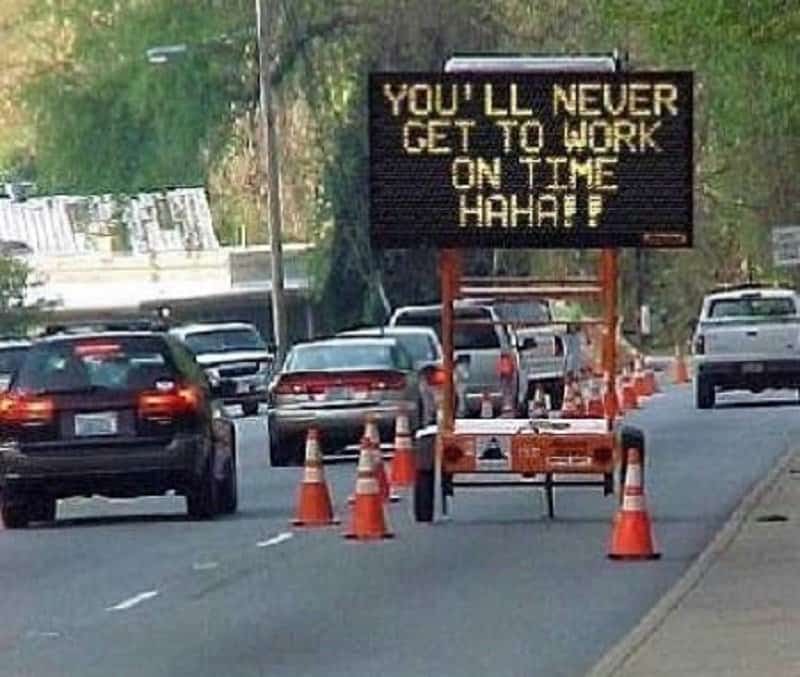 Digital signs on the roads are meant to tell you important information and direct traffic when necessary. In New York it is used to make fun of motorists and add to their misery. 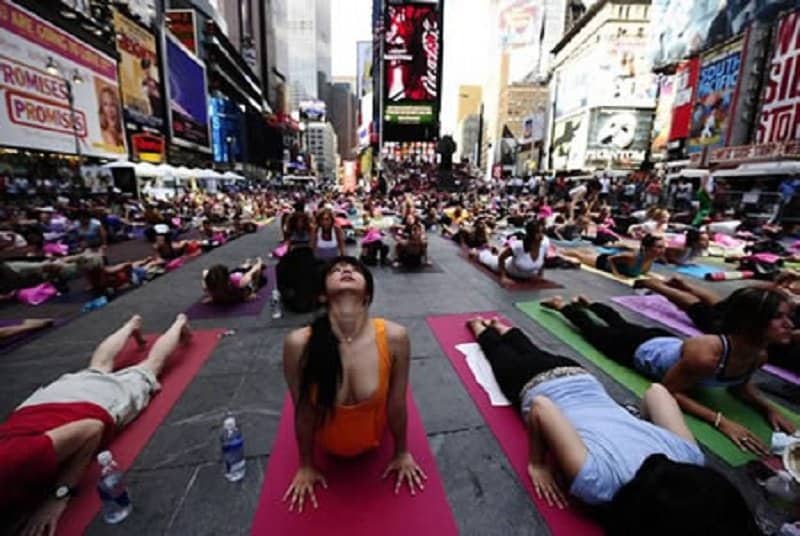 Only in New York will you see a mass gathering for a yoga class that is being held at Times Square. Just look at that turn out! 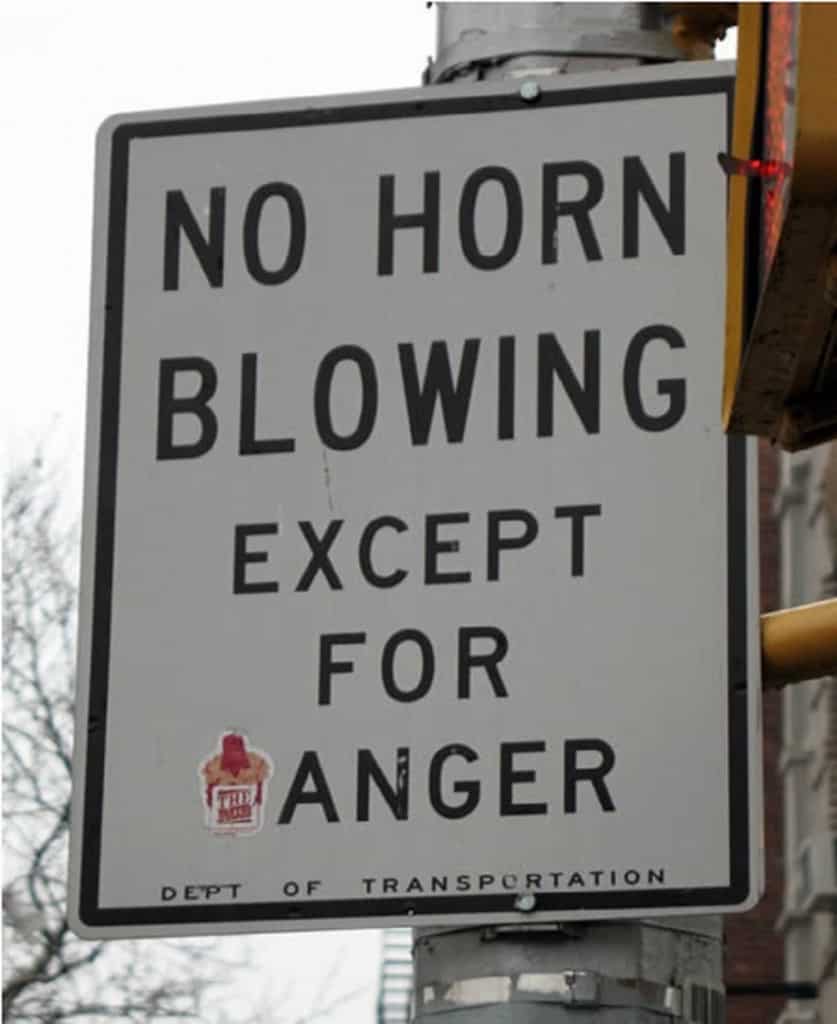 You are not allowed to use your horn in New York, unless you are angry of course. Then the horn is your least offensive tool to display your anger. (We’re assuming that’s meant to say danger). 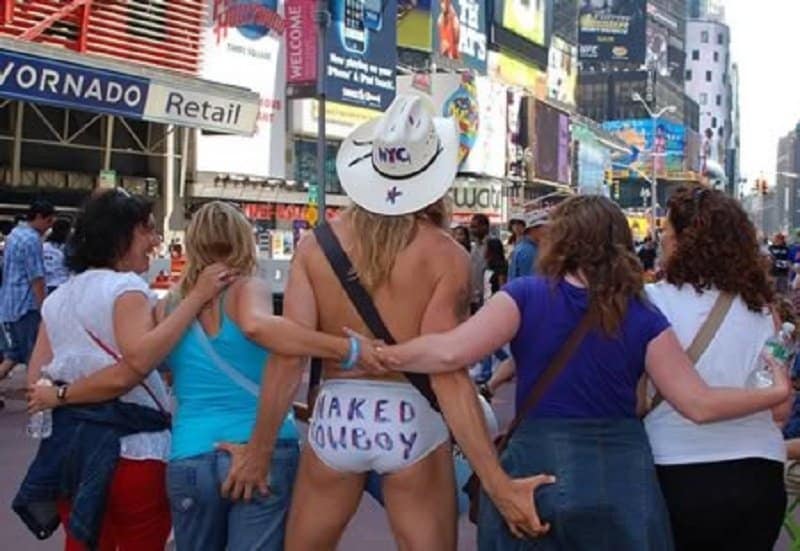 In any other part of the world, women would stay clear of a naked cowboy roaming the streets. In New York, women take pictures with that person and even let him grope them. 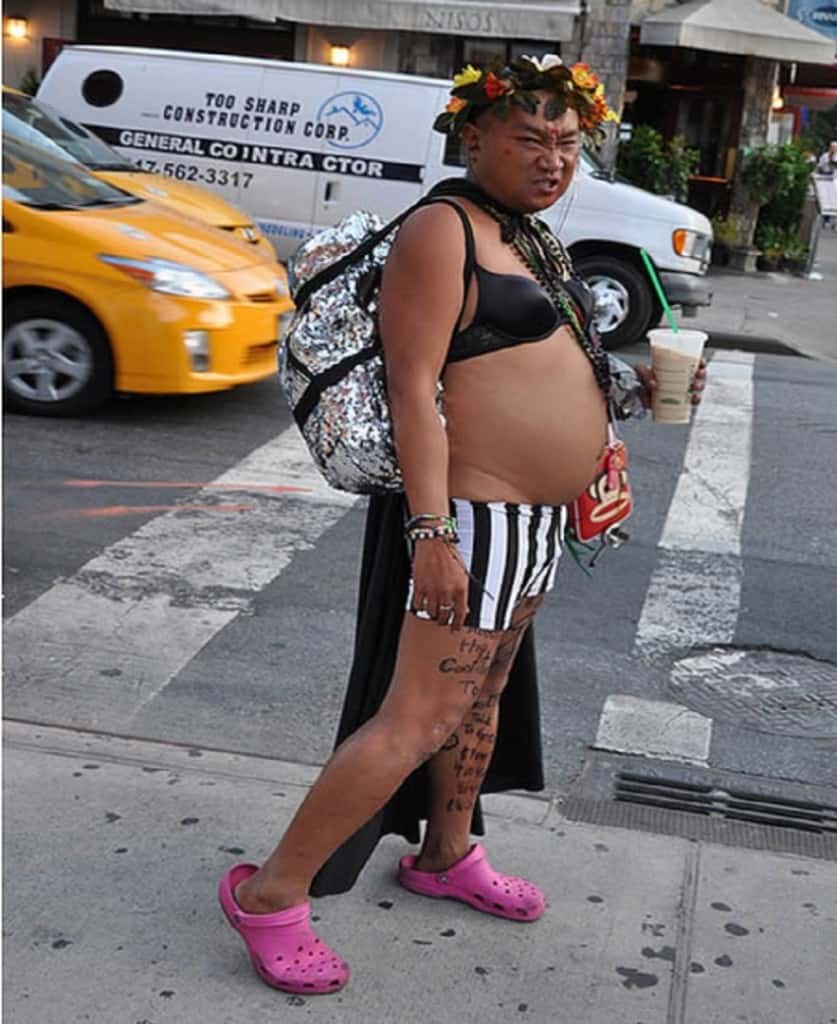 The great part about New York is that you can find odd ball characters in every nook and corner. Add the racially diverse equation to that scenario and you have unlimited entertainment on the streets itself. 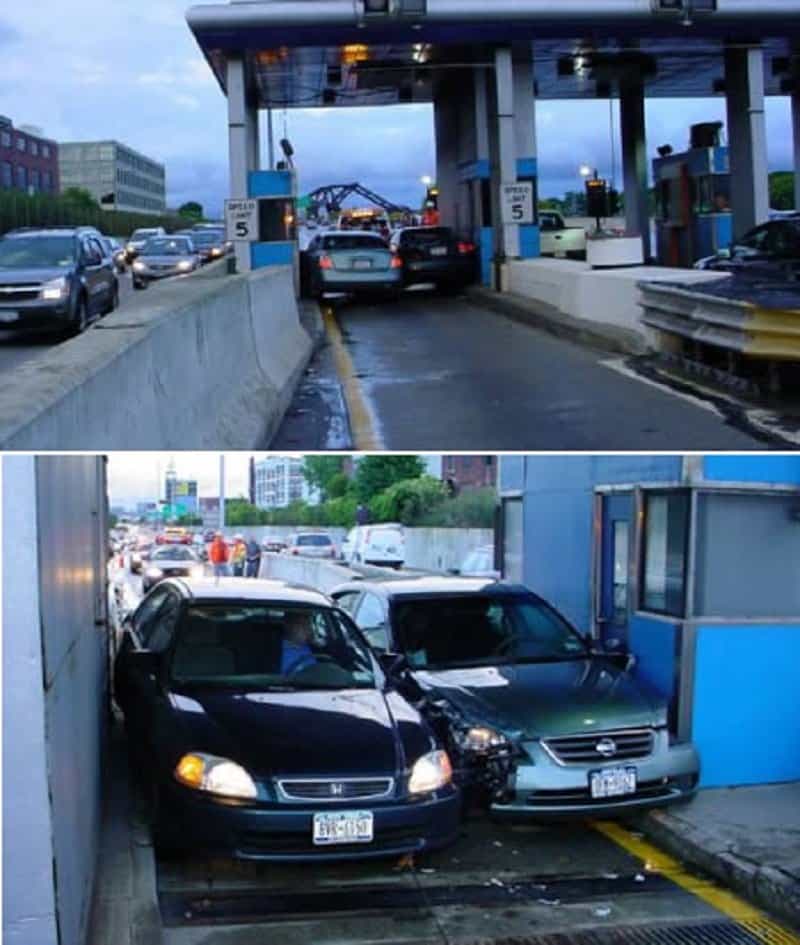 Everyone is in a hurry in New York, it is the city that never sleeps. This is probably because all the people are stuck in toll booths! 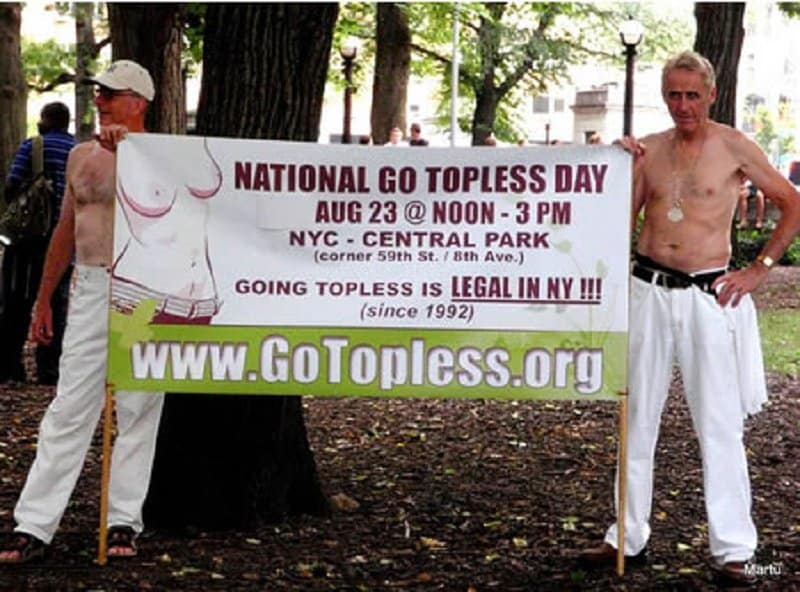 Have you heard of topless day? Of course not! Only New York would be insane enough to start and promote such an event. 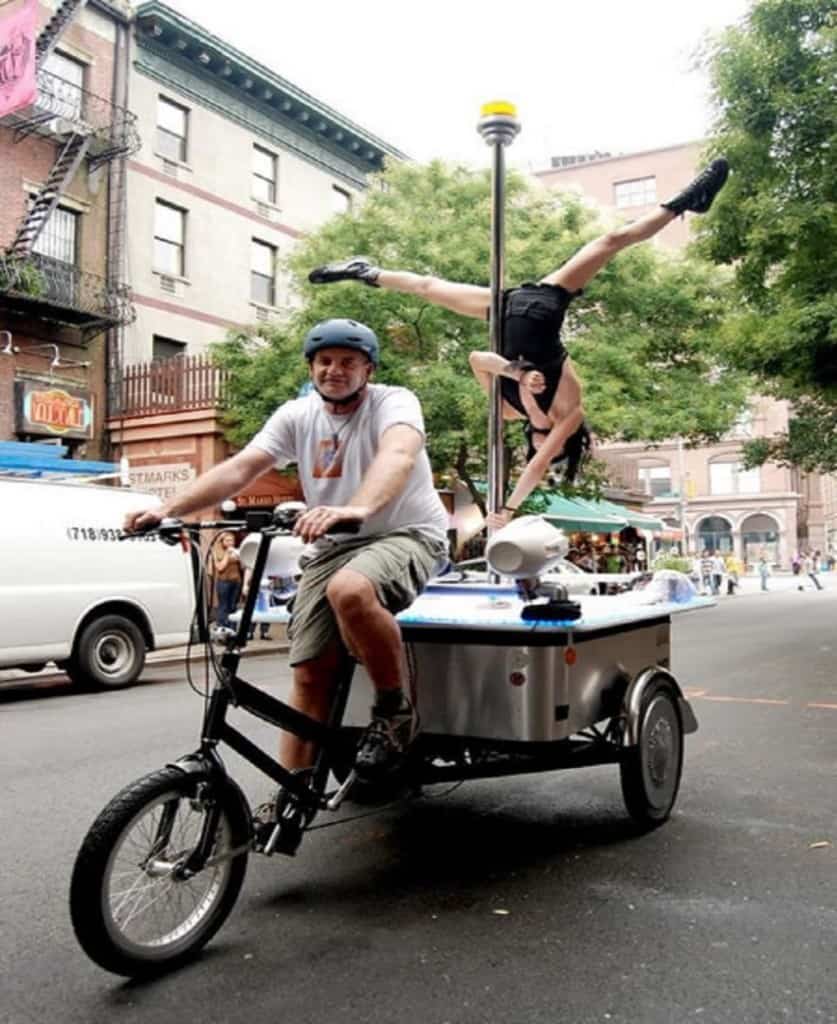 What kind of a city would New York be if it didn’t have strippers being transported on the streets! This is a service clearly designed for the pervert who doesn’t have time to go to strip clubs.