10 Of The Most Unusual Strip Clubs In Existence

Strip clubs have been an important part of human history for hundreds of years, though modern establishments that are common today were only first introduced in the 1930’s. Before that, stripteases were still a popular pastime amongst men though they would usually happen in brothels or normal drinking locations rather than specially designated buildings. Even in the age of the internet, strip clubs still enjoy plenty of patronage from customers, though many joints have gone to extreme lengths to make them stand out from the crowd and ensure that they can remain competitive. 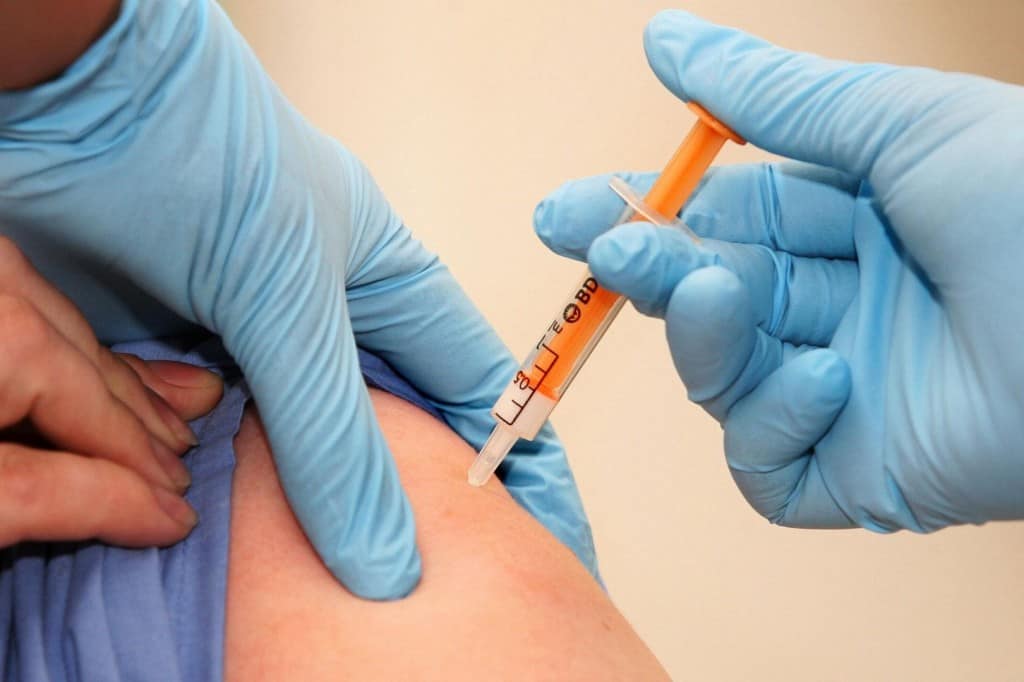 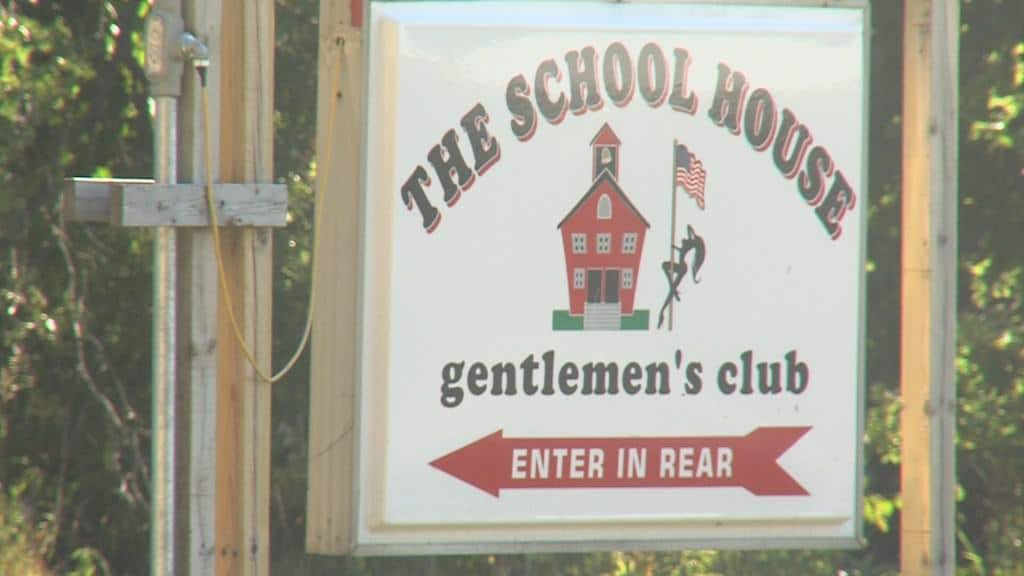 The School House strip club gets its name from the fact that it is located in a former school that was left abandoned. Describing itself as a gentlemen’s club, it features many of the elements from its days as an educational facility, including a teachers lounge that now operates as a VIP room and a few chalkboards. 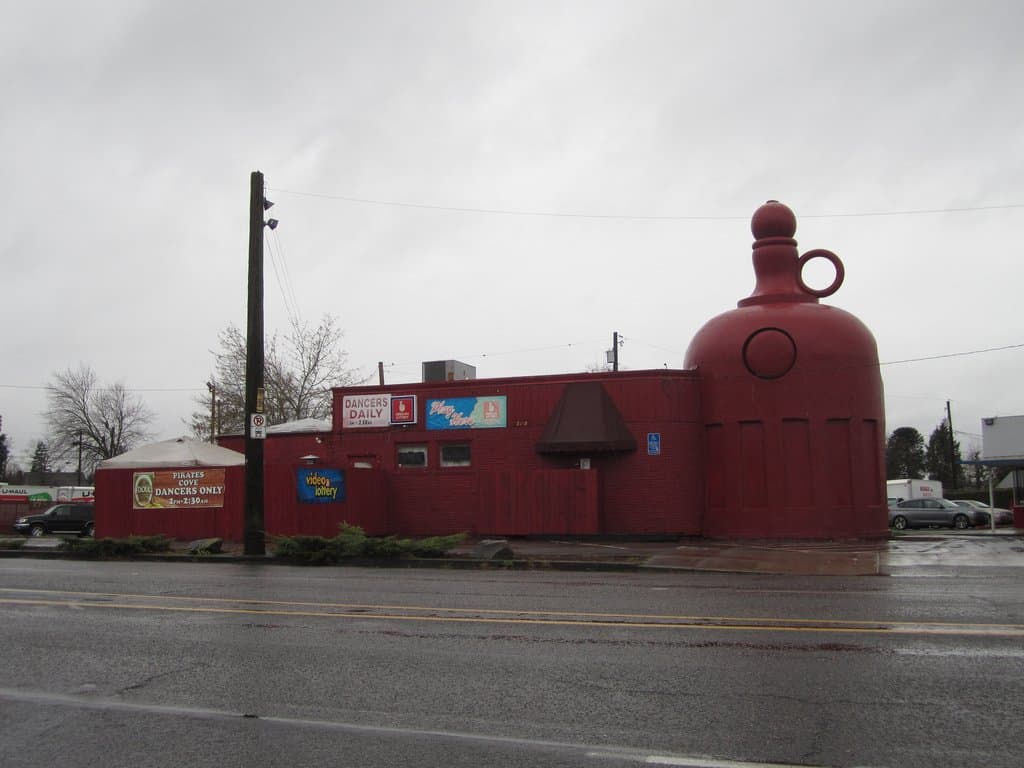 Originally, Pirate’s Cove was actually a dairy building and the large jug was painted white to represent milk. When it was taken over and converted into a strip club in 2002, the new owners saw a chance to create the world’s first pirate-themed strip joint. They did just that, filling the interior with treasure chests, murals and other memorabilia and painted the outside to make the jug look like a bottle of rum. 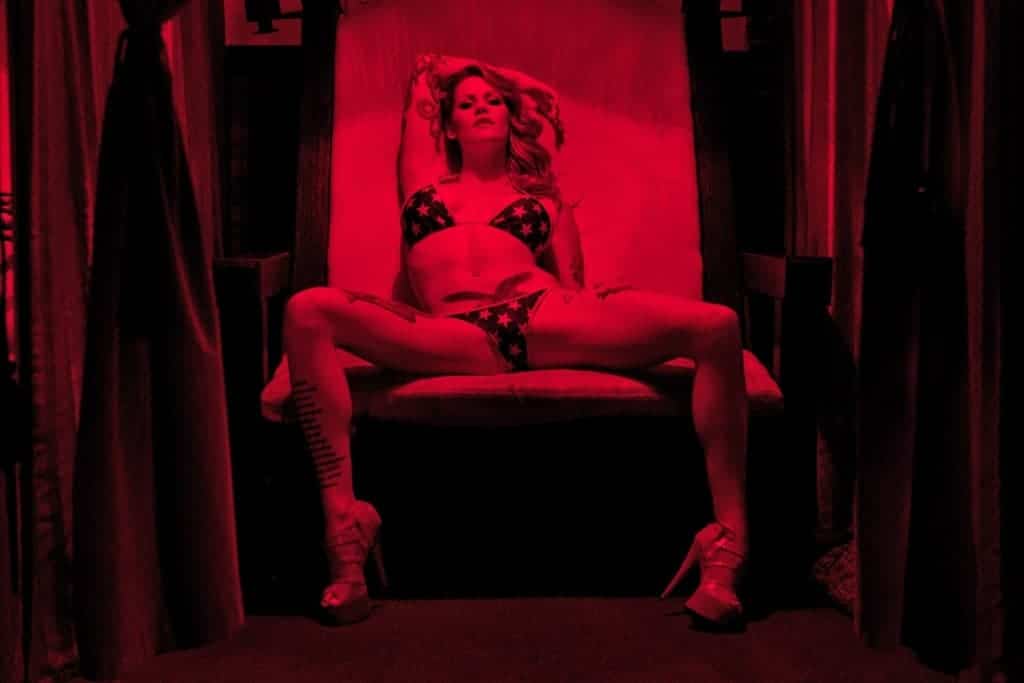 Casa Diablo is unique in the world of strip joints as it is the only one that markets itself as a vegan establishment. The bar and food services on offer only provide consumables that are free of any animal products, which helps it to attract a different demographic than traditional strip clubs, allowing the Oregon business to tap into new types of customers. 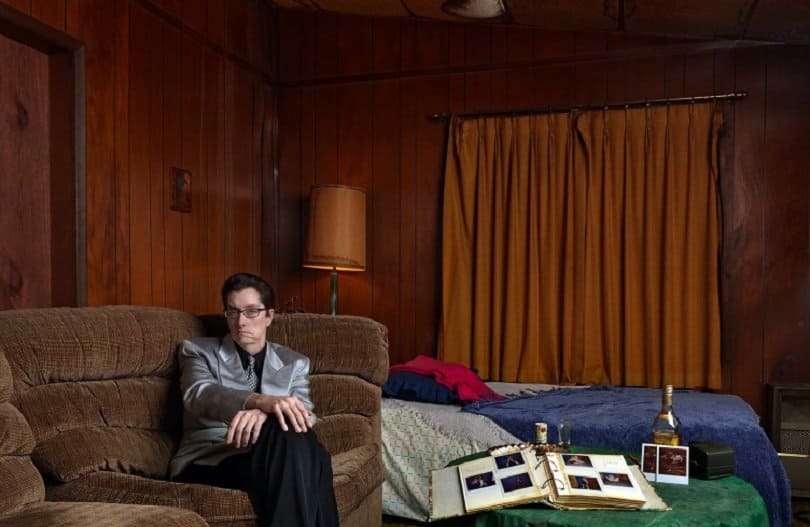 Jay Thunderbolt, a life-long resident of Detroit, took advantage of a loophole in planning laws to open up his very own strip club in the basement of his home. He has done very little to match up with traditional strip joints, instead choosing to go with a relaxed décor and a limited choice of exotic dancer. Prices range from $10 for a panties-on dance and $20 if you want the stripper to go completely nude. 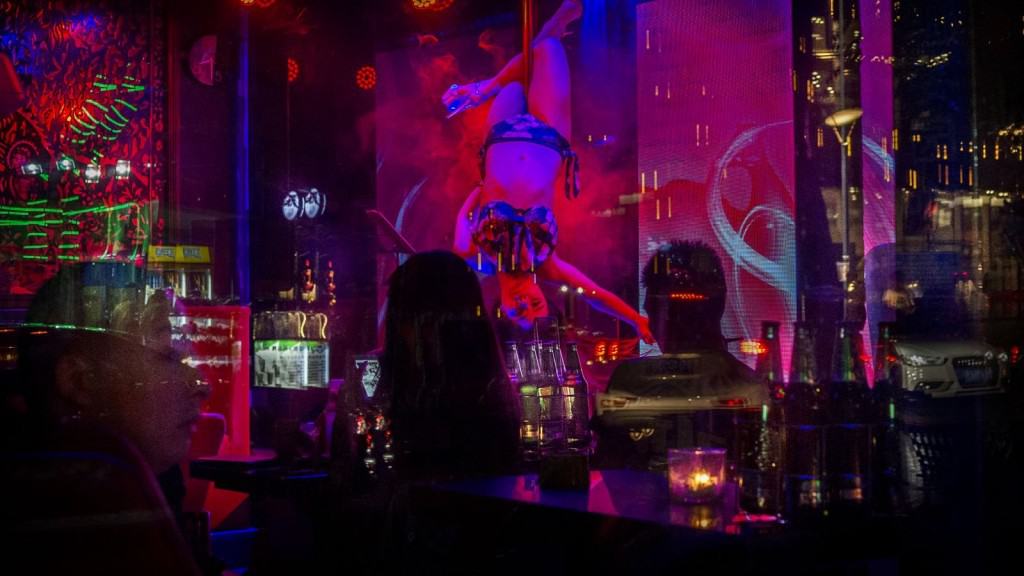 Spending a long time at a strip club might well be looked down upon by friends and family members. But what if you could get to watch naked woman dance around while also getting plenty of other stuff done at the same time? Club Cabare’t aims to allow patrons to do just that as it offers a car valet service, the chance to get a haircut and even the opportunity to have your shoes shined. 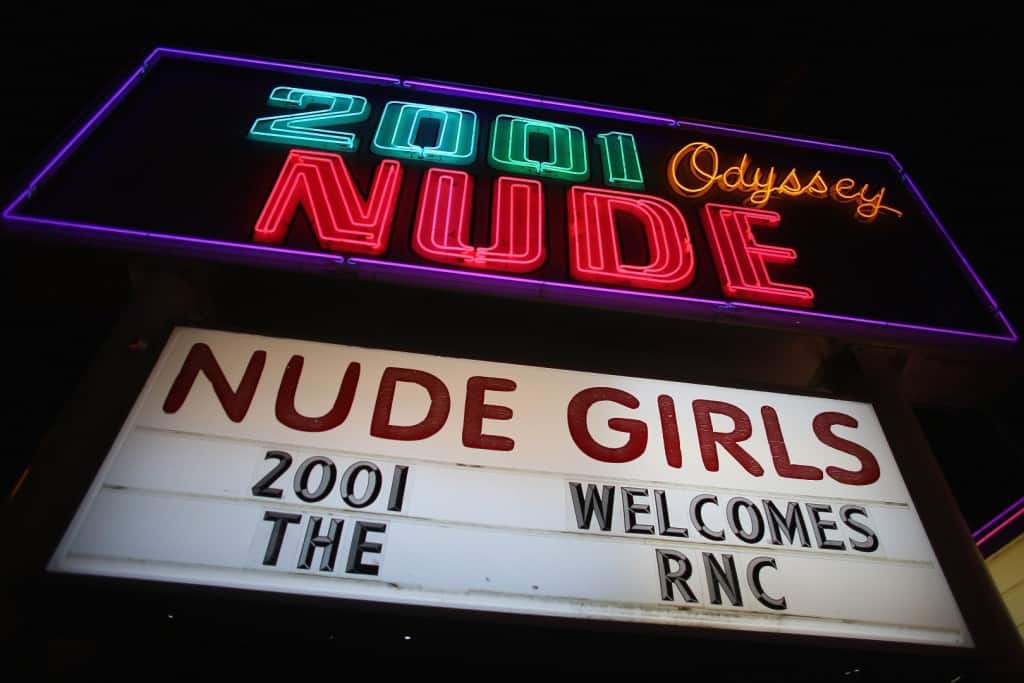 When a strip club acquired one of just 100 large plastic saucers created by Finish architect Matt Suuronen, they decided to rebrand the business as 2001 Odyssey. This obviously tied it into the science fiction nature of the flying saucer shape, while giving it the chance to have a special theme to make them distinctive. Those with the money can even pay to have a special VIP experience in the saucer. 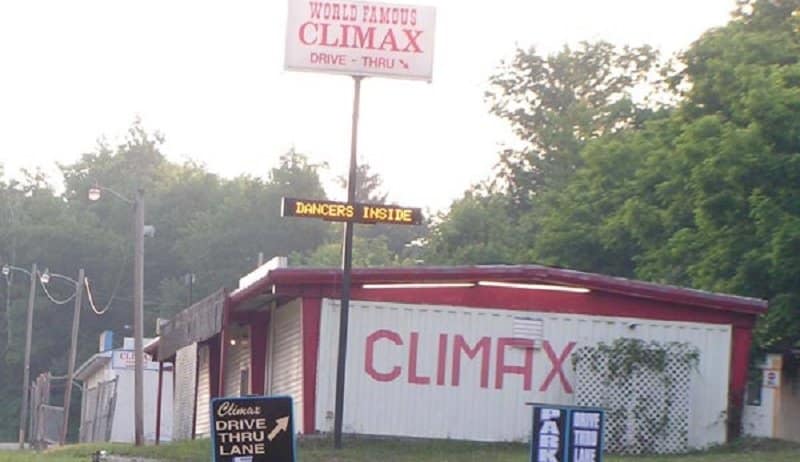 Drive through restaurants have become a popular way for people to get food as quickly as popular. The Climax Gentlemen’s Club have taken this idea to strip joints by giving people the chance to view strippers without ever having to leave their car. Customers simply drive around to the appropriate window, scan their credit card and stay for as long as they want. 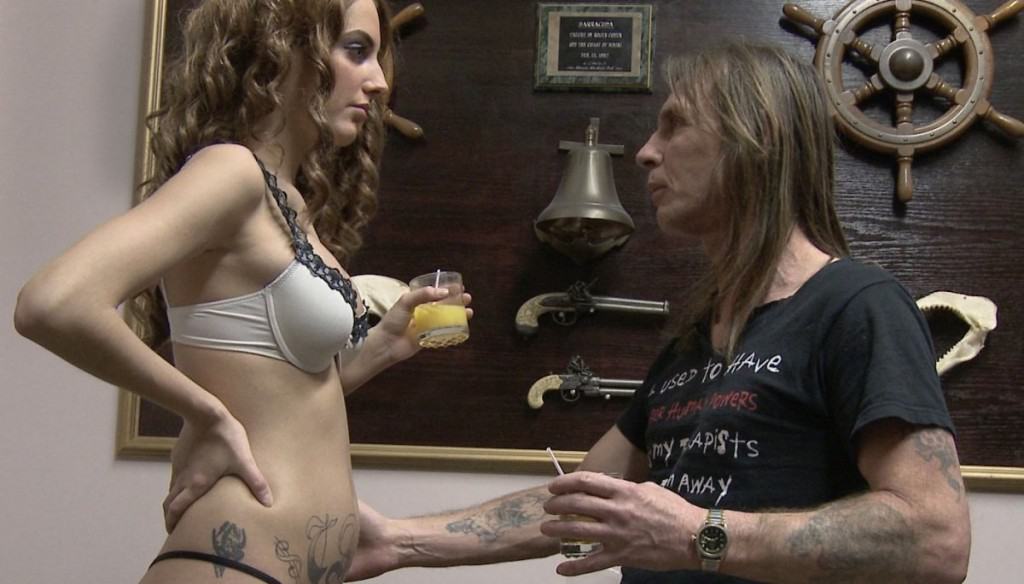 Realizing that strip bars are generally looked down upon by religious people and that many of those using their services would be unlikely to want to go to church, the owners of Toronto based gentlemen’s club The Manor now run a Christian fellowship service every Sunday, covering up the nude posters and alcohol signs, and allow anyone to take part. 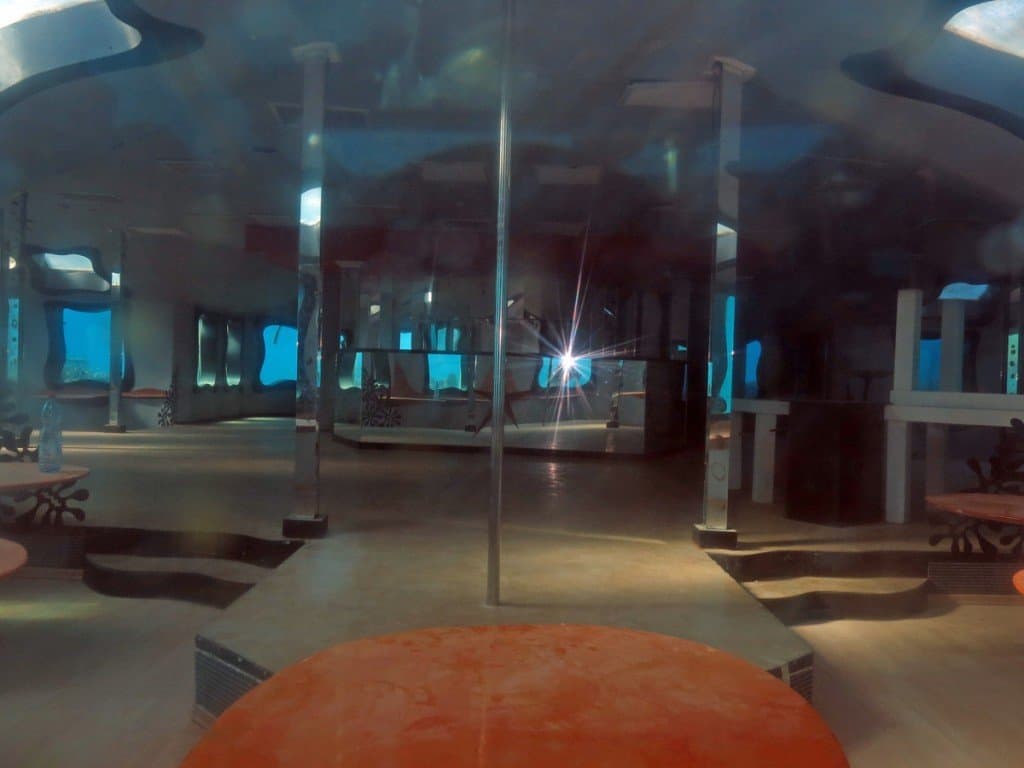 The Nymphas Show Bar was an underwater research facility that was converted into a strip club. Located in Israel, not only could customers watch woman taking off their clothes but also enjoy the marine life swimming past them through specially built windows. Unfortunately, the establishment has now closed down.