10 Of The Strangest Wedding Ceremonies In The World

There is no greater happiness than finding your soulmate and being able to share your life with them. Celebrated in a variety of ways throughout the world, love is the key factor that drives humanity forward. Despite differences in the various cultures around the world, there is a common tradition that binds two people both legally and in the eyes of different Gods – marriage. However, with weddings becoming more and more of the same story featuring different people, some lovers like to stand out in the most bizarre of ways resulting in crazy and unusual wedding ceremonies that you won’t believe actually took place. 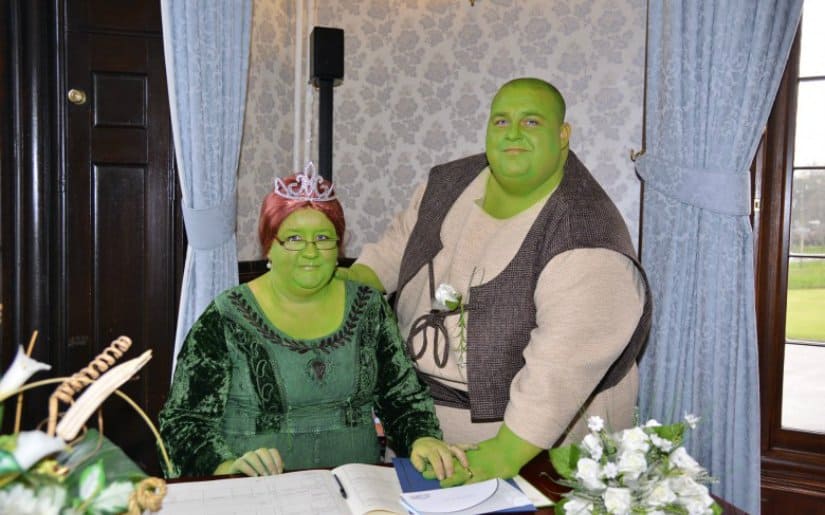 If you are a little overweight, rather than trying to get slimmer for your wedding you should embrace your weight like this couple did and have a Shrek Wedding instead. 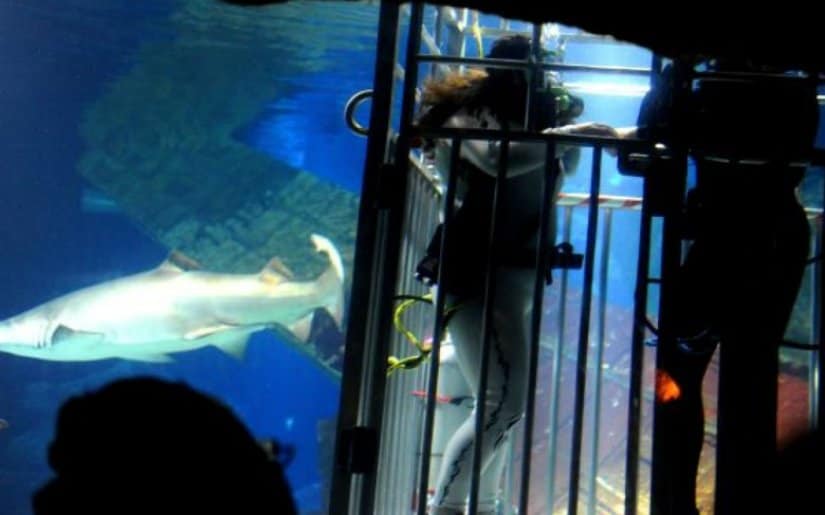 If you truly want to stand out you should think outside the box, like the couple of April Pignataro and Michael Curry of New York, who got married in a shark tank at the Atlantis Marine World in Riverhead, N.Y. 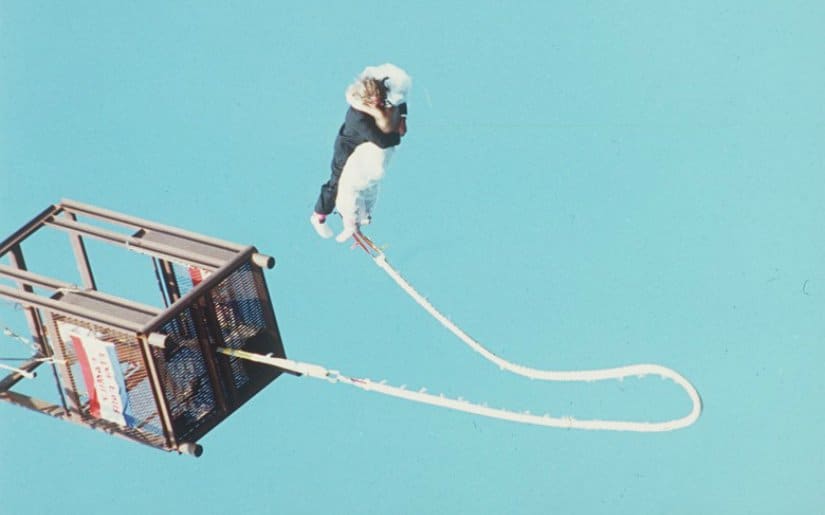 What’s more adrenaline boosting than saying ‘I do.’ to your loved one while you both plummet down to earth, held only by a tiny bungee jumping rope? Today, there are entire wedding ceremonies and parties, along with guests who are lifted onto platforms, planned for daredevil couples. 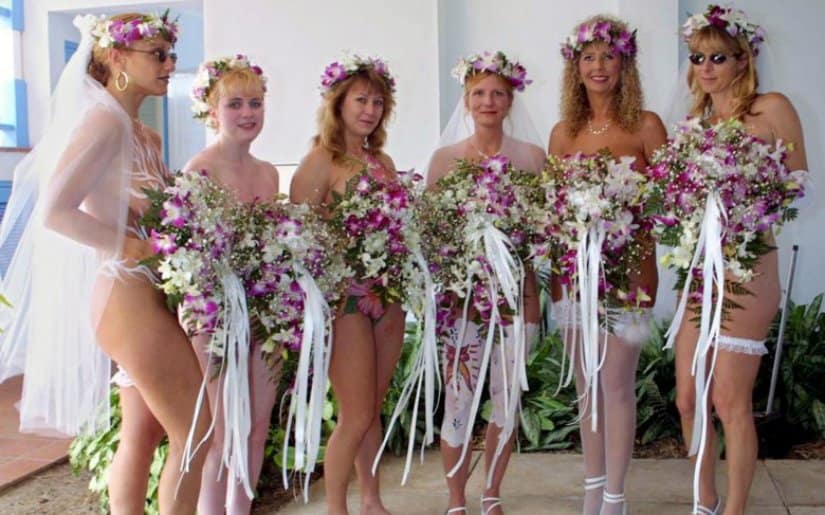 Can’t choose a dress for your wedding? Why have a dress at all! A couple in Australia decided to do just that – get married in their birthday suits. While the guests were fully clothed, the groom, the bride and the bridesmaids had only a few things to cover up their private parts. 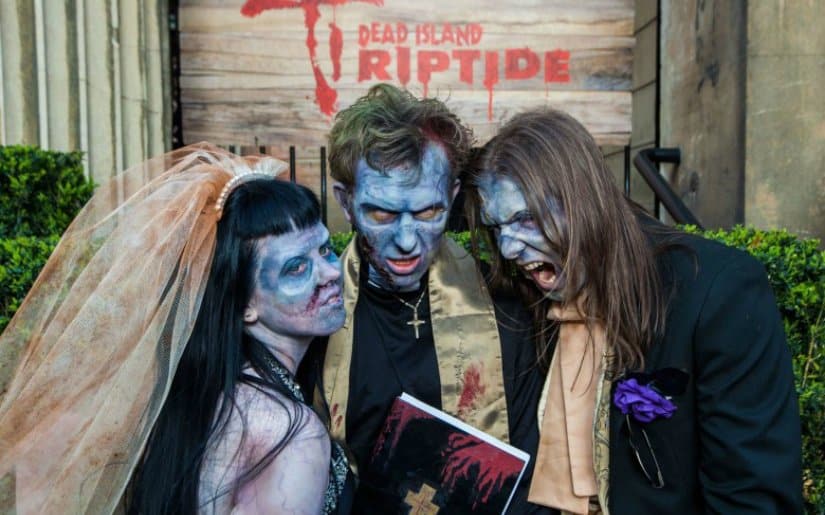 With The Walking Dead and a number of other pop-culture phenomenons boosting the social image of the zombie, it is not surprising that couples are starting to get inspired and plan their wedding ceremonies to be zombie themed. 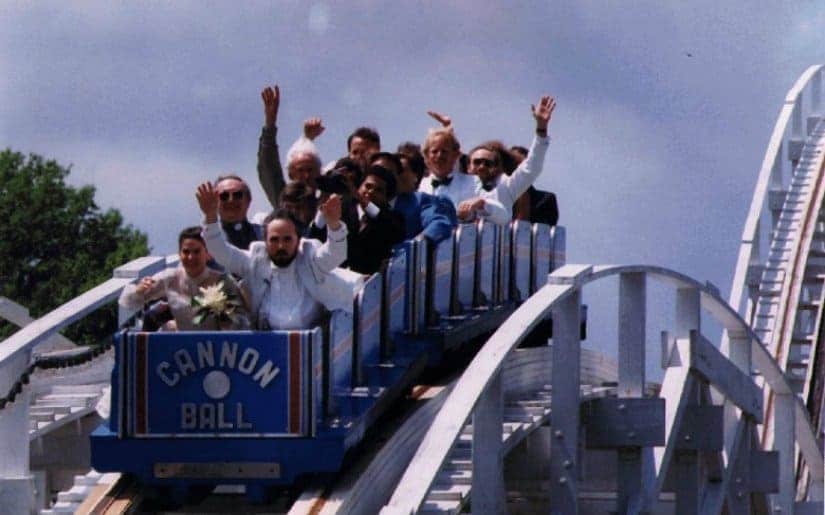 What better way to celebrate your love than getting on a roller coaster and unleashing your inner child. A number of amusement parks offer different wedding ceremonies and today it is becoming quite the trend to get married on a roller coaster. 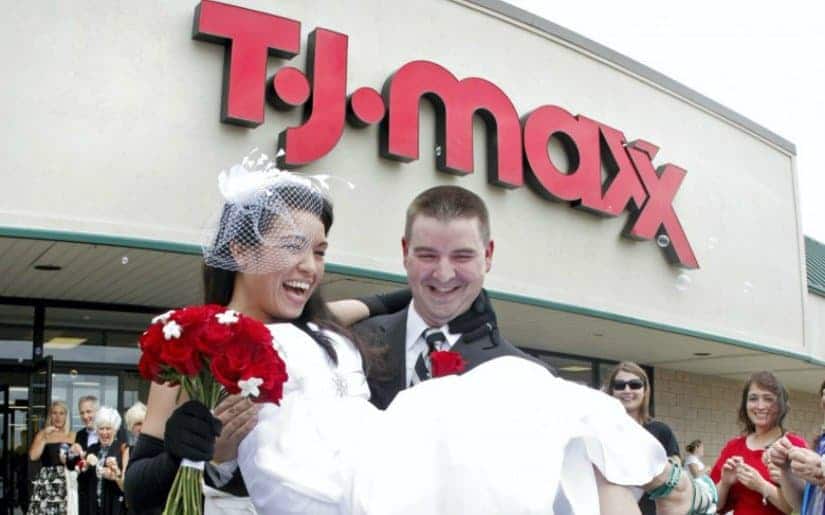 A couple from Mount Pleasant, Michigan decided to take their vows among the isles of TJ Maxx department stores for no apperant reason. 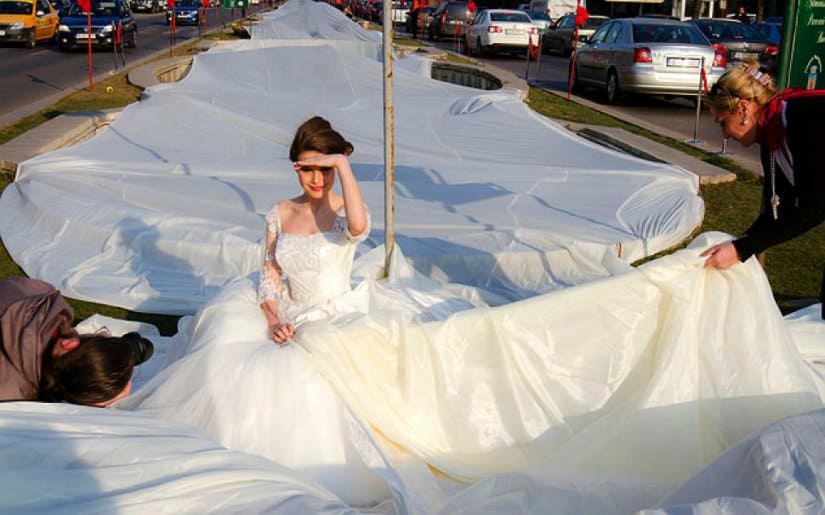 Designed by Gianni Molaro, the record-breaking wedding dress that is almost 2 miles long took dozen of seamstresses months to make. It was used for a fairy-tale wedding that had as much as 20,000 guests. 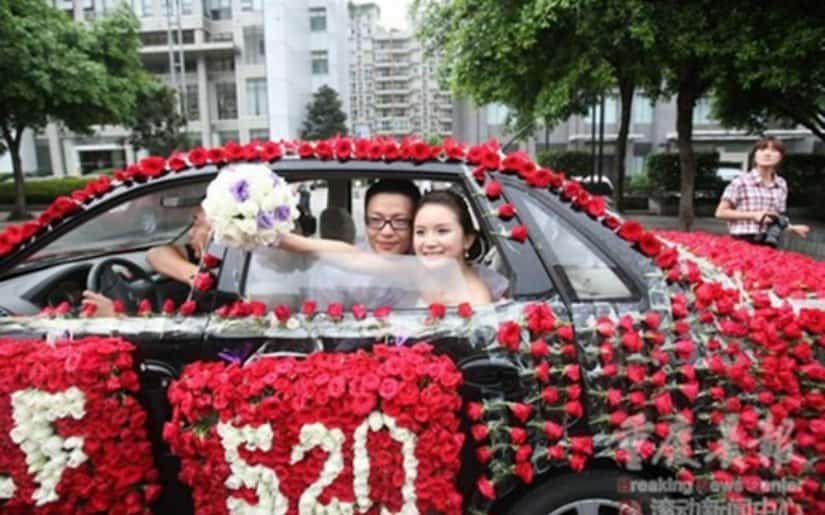 Spending a year’s salary, the groom Xiao Wang surprised his loved one by purchasing as much as 99,999 roses to decorate the cars for their wedding. 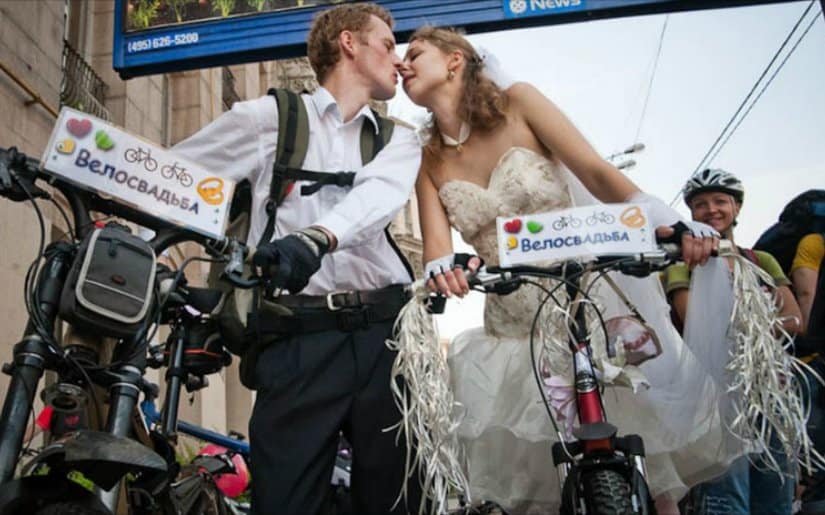 A couple in Russia, who love riding bicycles, decided to promote the green way to get around by tying the knot in a very unusual way – by riding bicycles all over the city accompanied by their guests, who were also on bicycles.