10 Of The Strangest College Mascots

Mascots are the direct representation of the spirit and values of any sports team. A mascot not only encourages the players to do better but also rallies a crowd to chant harder for their team. Mascots were even amidst a controversy lately because NFL teams pay their mascots several times more than the cheerleaders. Although this can be highly offensive to cheerleaders who work just as hard to maintain team spirit, it only goes to show how important mascots are in the grand scheme of things. There are so many college teams participating in various sports these days, that creating the right mascot has actually become quite difficult. This is why you are likely to run into these funny mascots that are featured on this list while touring the country with your favorite college sports team. 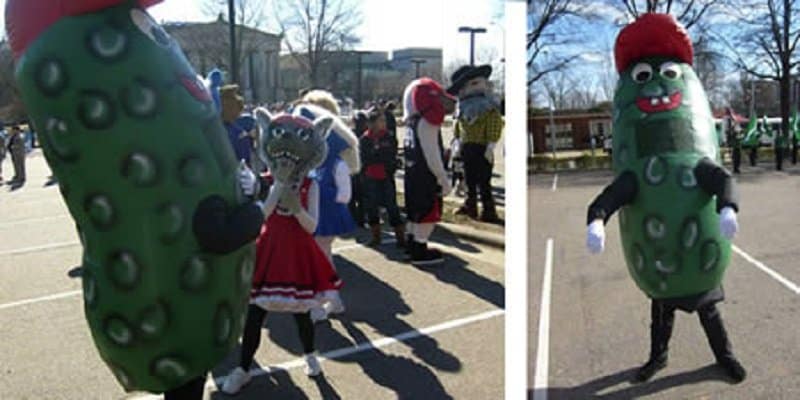 The ‘Fighting Pickles’ sounds like the name of an Irish Pub. It is actually the official mascot of the ‘North Carolina School of the Arts’, and has been since 1972. 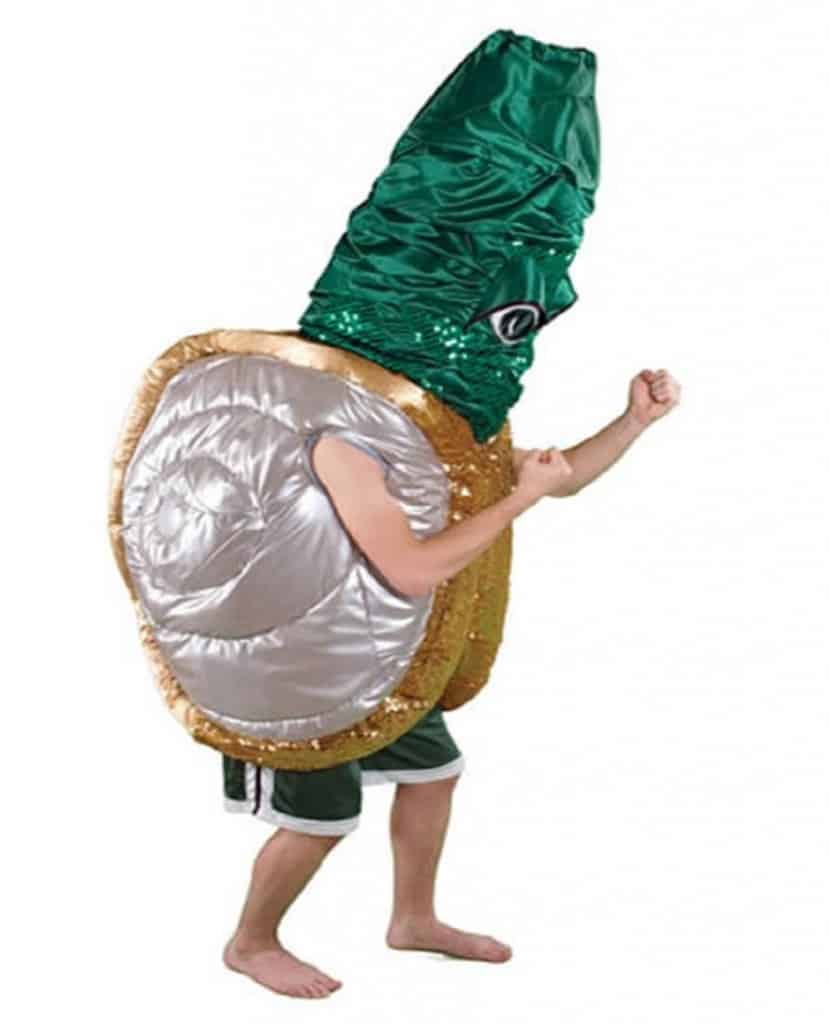 This has got to be one of the most poorly designed costumes for a mascot I have ever seen. It is pronounced ‘gooey duck’ and spelt ‘Geo duck’, and is a mascot that is based on a mollusk found in the Pacific Northwest region. How could a sporting team ever find a mollusk inspiring? 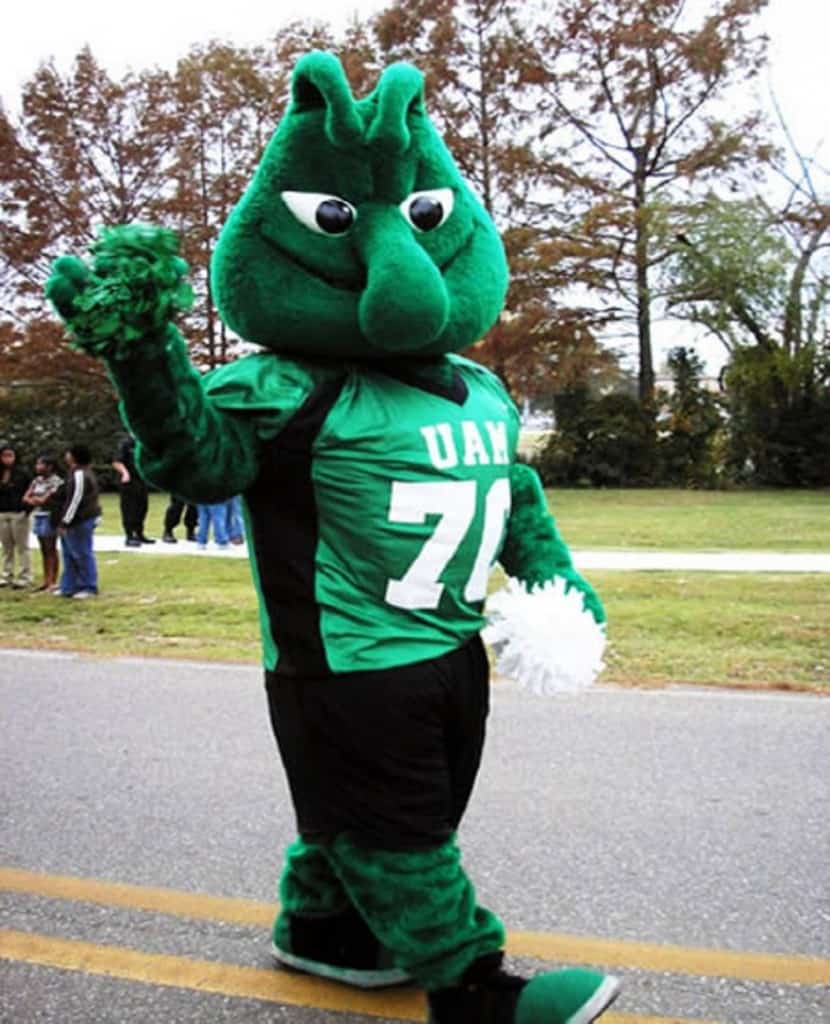 I just don’t understand how a mascot that doesn’t look even the slightest bit inspirational is supposed to inspire a sports team. Either ways, this is the Bolls Weevils, a pest that is supposed to be extremely destructive to cotton. It is the official mascot of the University of Arkansas. 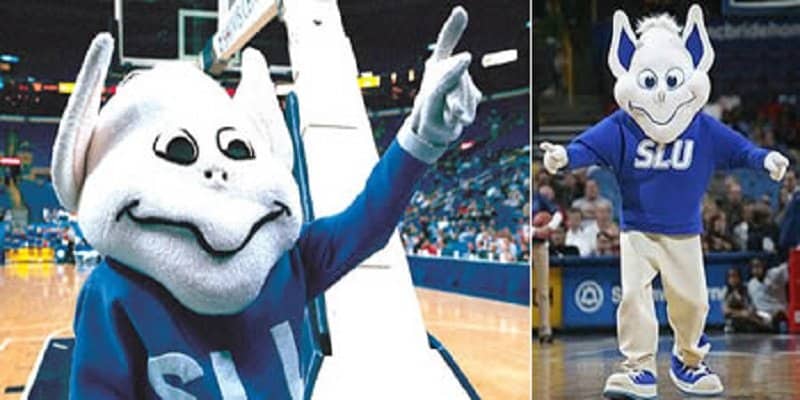 I dare you to take a guess as to what exactly a Billiken is! It looks like a strange cross over between a creature from ‘The Lord of The Rings’ and ‘Star Trek’ and it is the official mascot of St. Louis University. 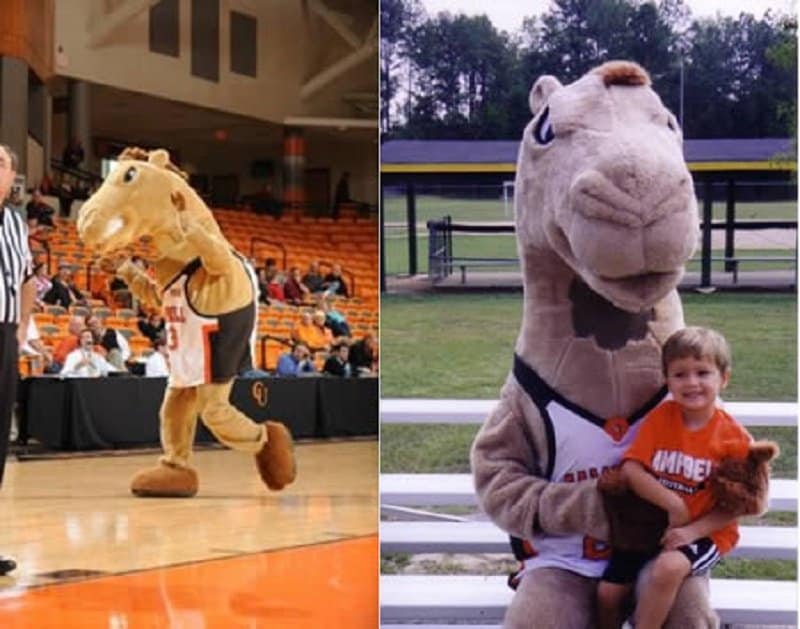 Having a camel as a mascot isn’t really a bad idea, but calling his Gaylord is definitely a questionable call. The funny thing is that this mascot belongs to Campbell University and it could have just as easily been named Campbell Camel. 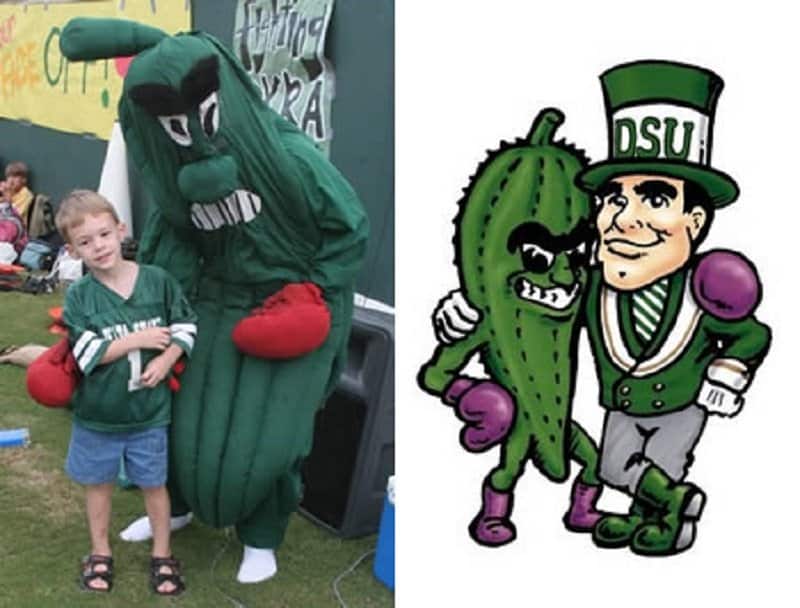 Delta State University apparently wanted to choose a mascot that was green as it was also the color of their uniforms, and the only thing they could clearly think of was an Okra. Hence the fighting okra as the official mascot. 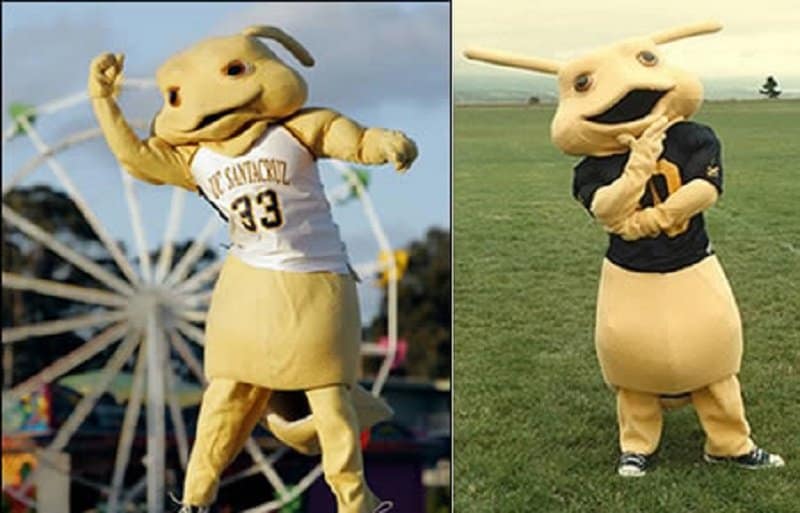 A banana slug is a disgusting slimy mollusk than can be found near the Northern California coast. For some reason, the University of California-Santa Cruz decided it was a good idea to use this creature as their college mascot. Maybe they like their progress to be slow and steady, much like this slug. 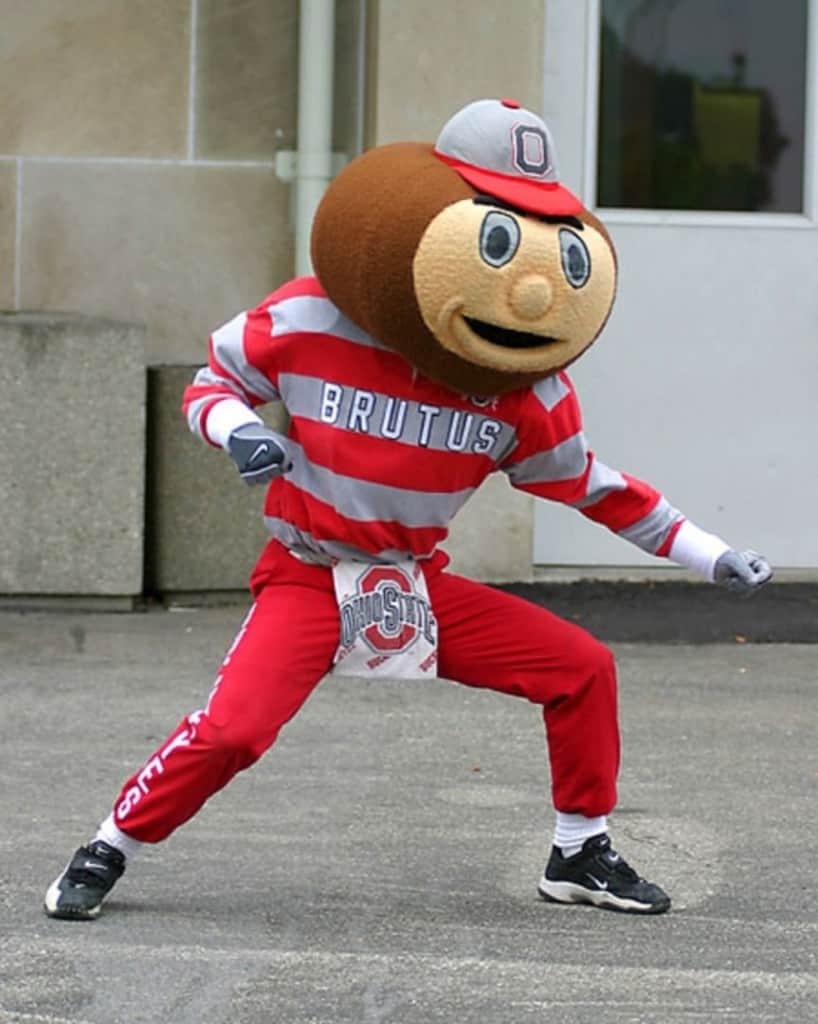 This mascot is actually 50 years old now and is the official athletics mascot of The Ohio State University. It has a headpiece that is supposed to represent the famous Ohio Buckeye nut and apart from that, nearly all of its wardrobe and elements have been updated periodically to create this horrific modern version. 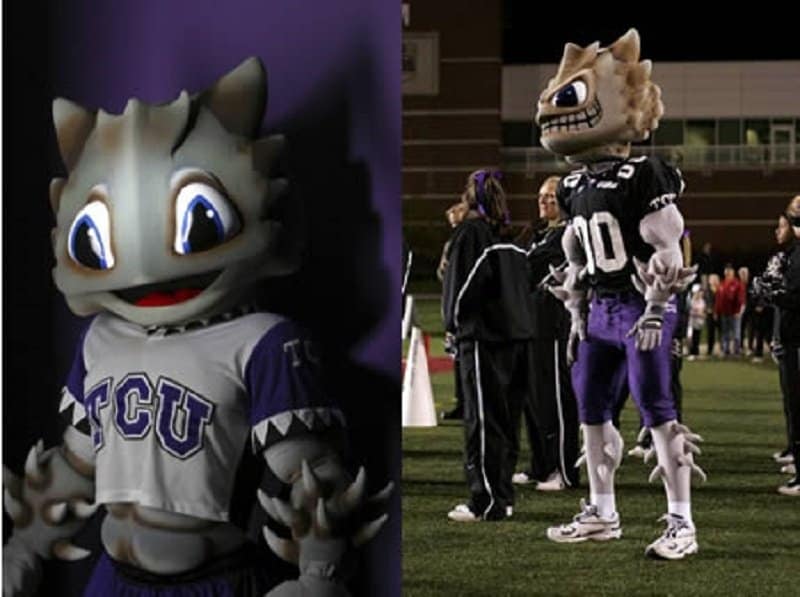 This is perhaps the only mascot on this list that is strange and yet slightly sensible on some level. The Texas Christian University has been using the Super Frog as their mascot based on the fact that it is also the official state reptile of Texas. 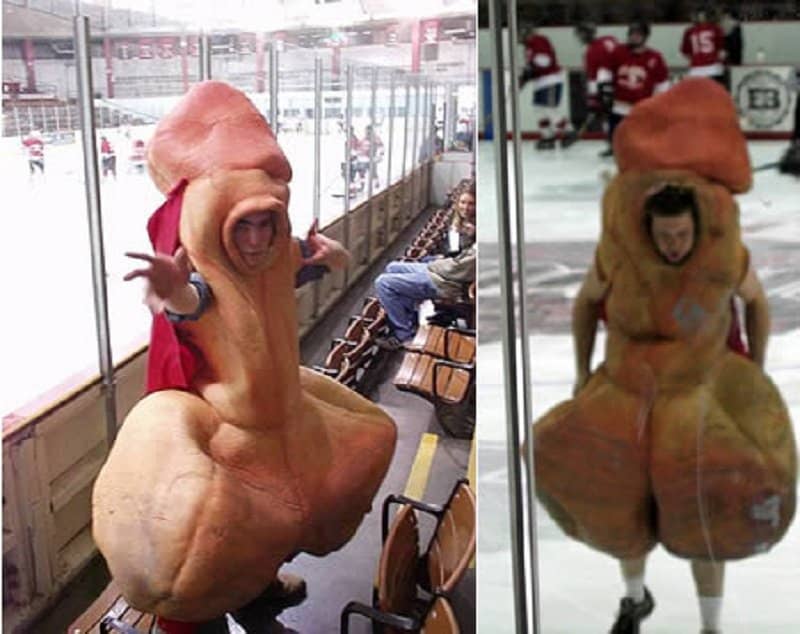 This weird mascot doesn’t even have any funny or wacky name. He is just called ‘Scrotie’, and he is the mascot of the Rhode Island School of Design. The basketball team is apparently known as ‘The Ball’s and their actual official slogan is – ‘When the heat is on, the balls stick together’. The horrifying pun abuse continues into the hockey team as well. They are called ‘The Nads’ and their official cheer is ‘Go Nads’.