20 Predators That Are Extremely Dangerous

The animal kingdom is a vital and fascinating part of our ecosystem that has its own set of interesting dynamics. The food chain is one such dynamic that is interesting to observe simply because it has more to do with survival, instinct and necessity over the obvious action of killing another member of the system. In this complex and balanced environment, there are some animals that are more dominant that the others, despite their shape, size or species. Here is a list of 20 predators from around the world that are deadly and skillful in the art of mastering the hunt. 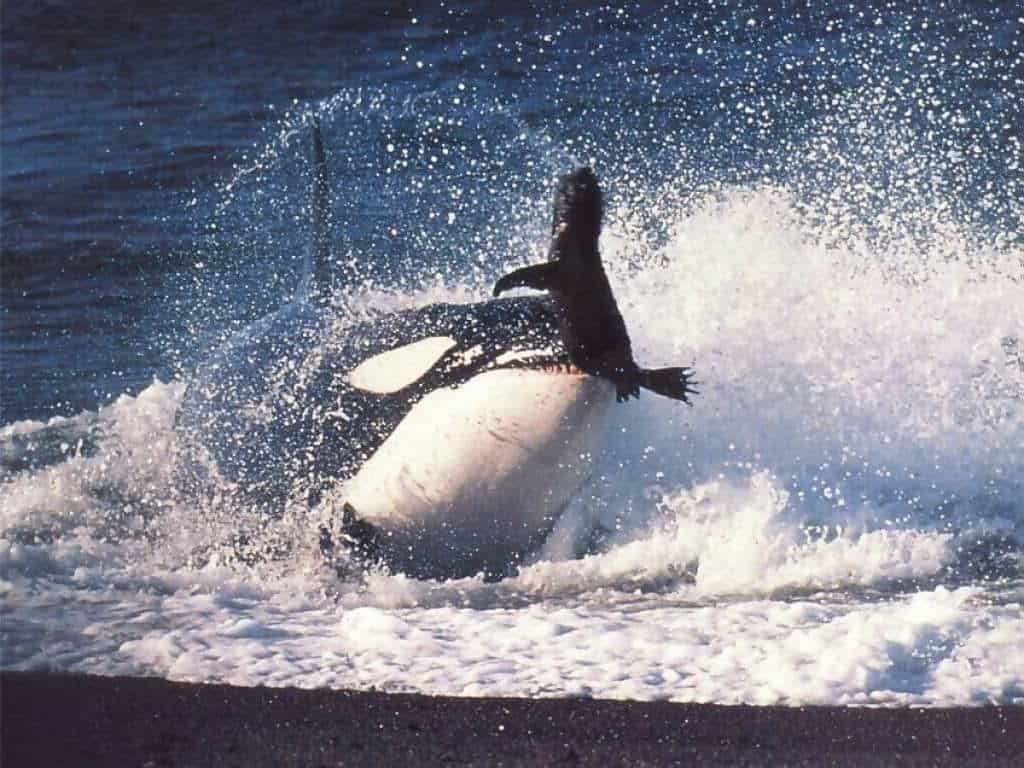 The Orca is an apex predator unlike any other on the planet. It has a high level of self awareness and is driven by a sense of community over every other instinct. They can take down any animal or fish to venture into the seas and they are just as equipped at taking care of each other as human beings. 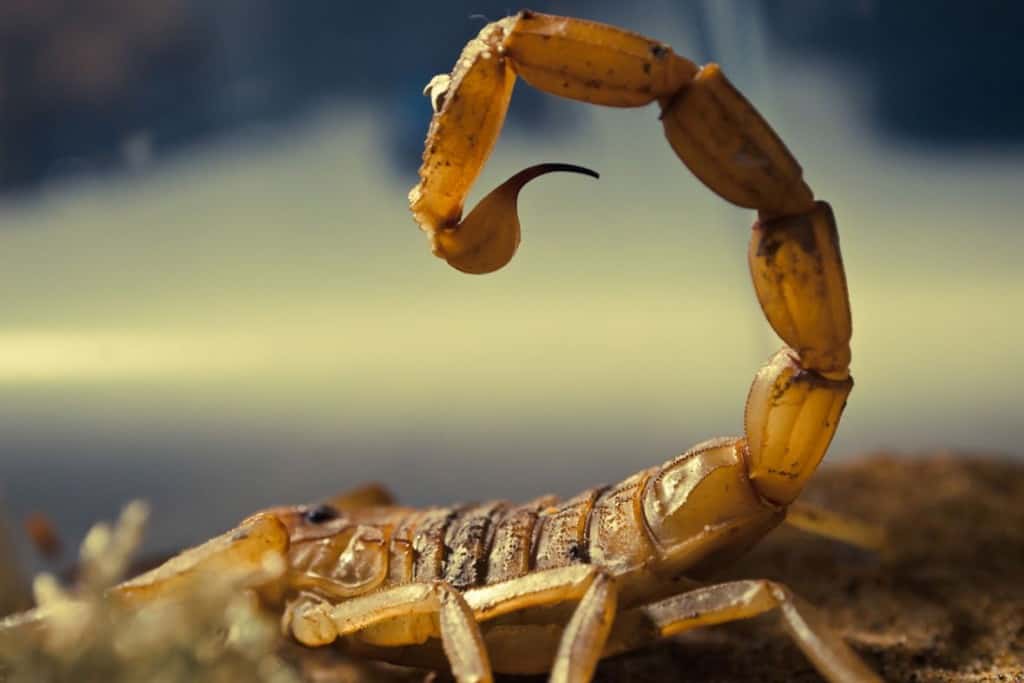 In the wild, danger can be found in all shapes and sizes. The Deathstalker has to be one of the smallest predators in the world but they are responsible for nearly 75% of all scorpion related deaths, despite being found only in parts of North Africa and the Middle East. 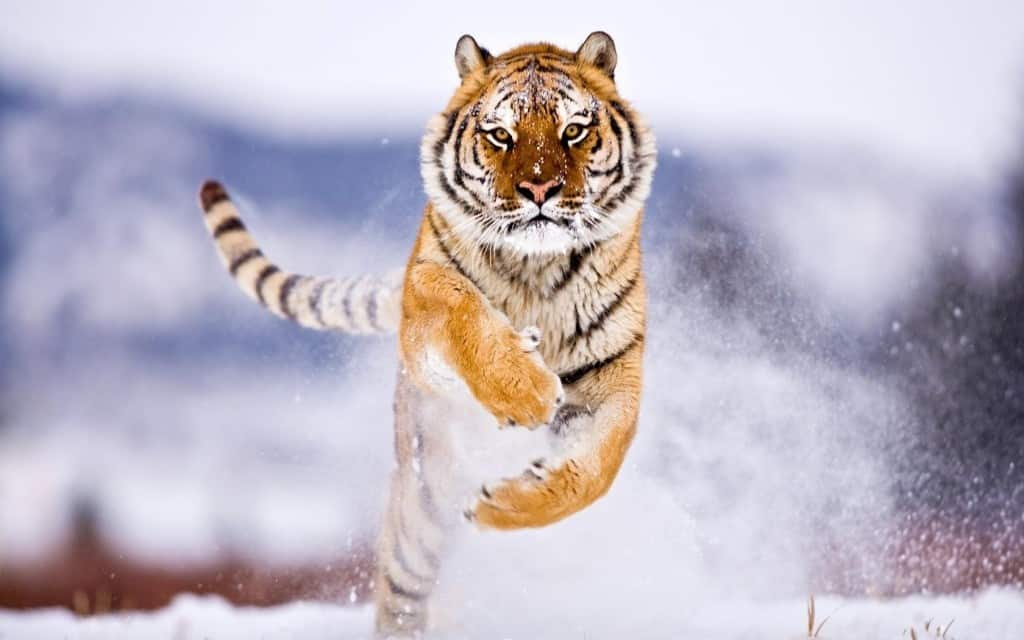 These magnificent beats are not only stunning to see but are also one of the most feared wild cats on the planet. They do not have the reputation of hurting humans but are known for their bravado in taking down some truly fearful predators like bears. 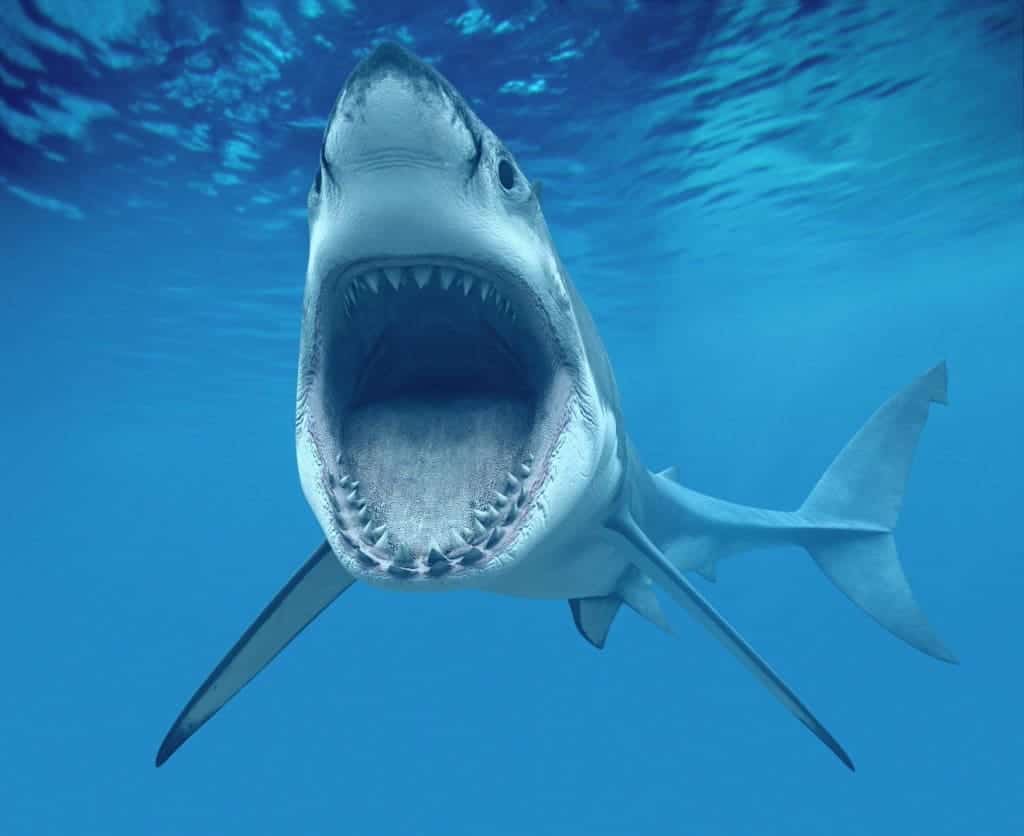 Although the Orcas are feared for their size and intelligence, the great white shark is known to be a pure killing machine. Its entire structure and mentality is built around the hunt, making them a fearful element in the seas. 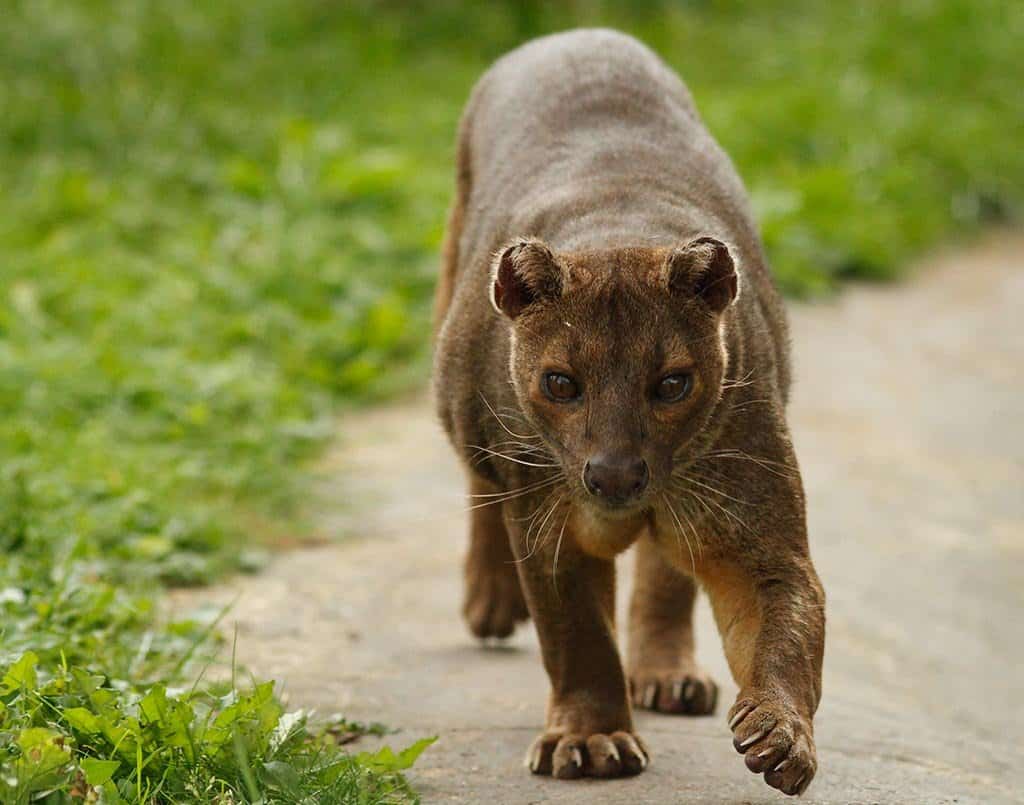 There are many distinct sub-ecosystems that are prevalent on our planet. The Madagascar is one famous example of this and the Fossas are the king of this ecosystem. They are the largest carnivorous mammals here, earning them the rightful spot on top of the food chain. 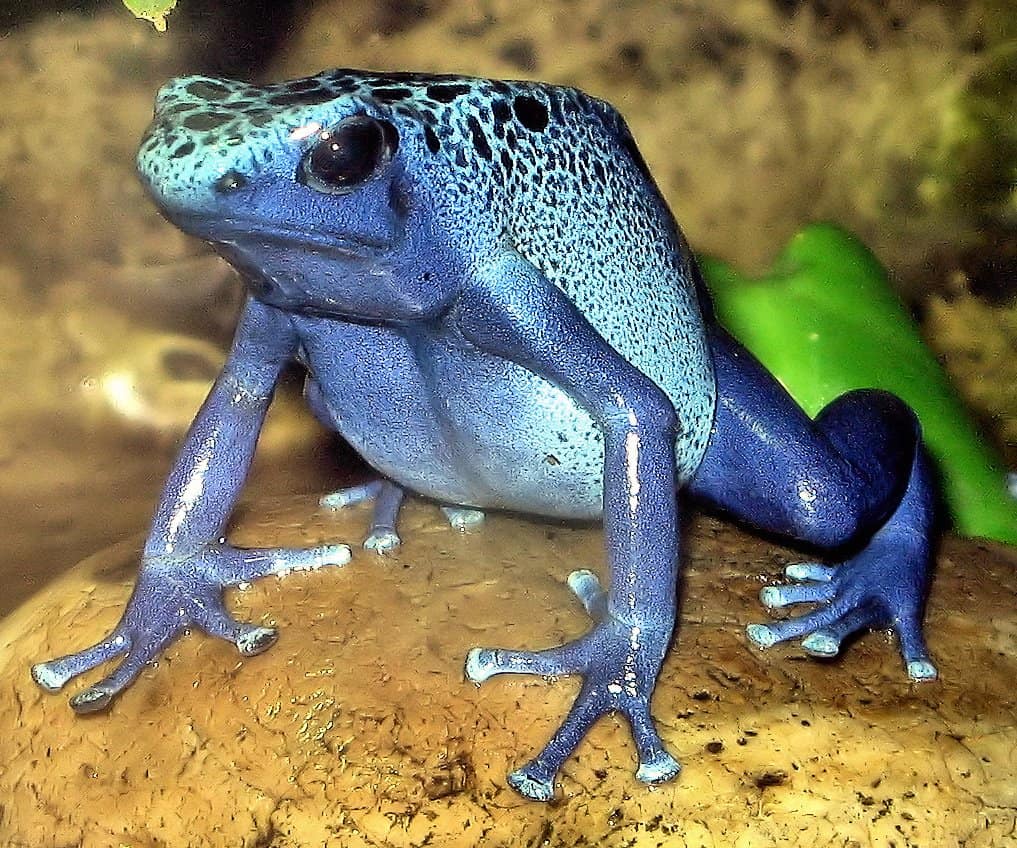 Another great example of danger coming in small packages, the poison dart frog is deceptively deadly in its operation. It secretes lipophilic alkaloid neurotoxins from its skin that are highly toxic and has the potential to kill nearly a dozen people. Its most feared variant, the Phyllobates terribilis can kill you just by touch at times, especially if you have an open wound. 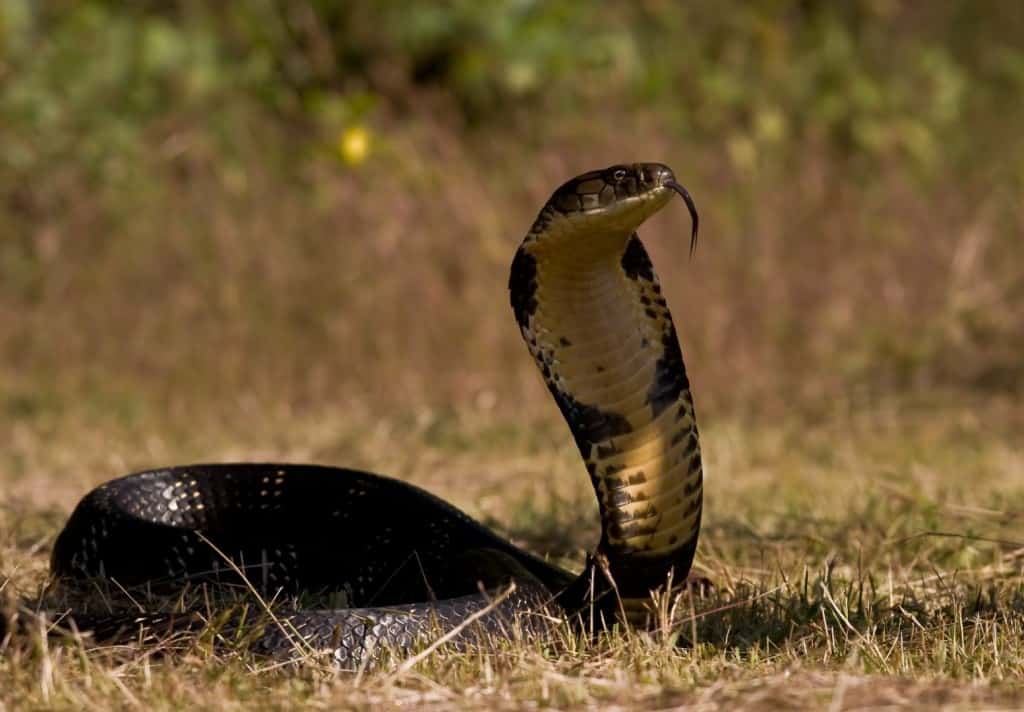 The King Cobra is one of the most feared snakes in the world and with good reason. Although it is not the most poisonous snake in the world, it is definitely the longest poison snake around. It has enough venom in a single bite to take down an elephant and that should be reason enough to be afraid of it. 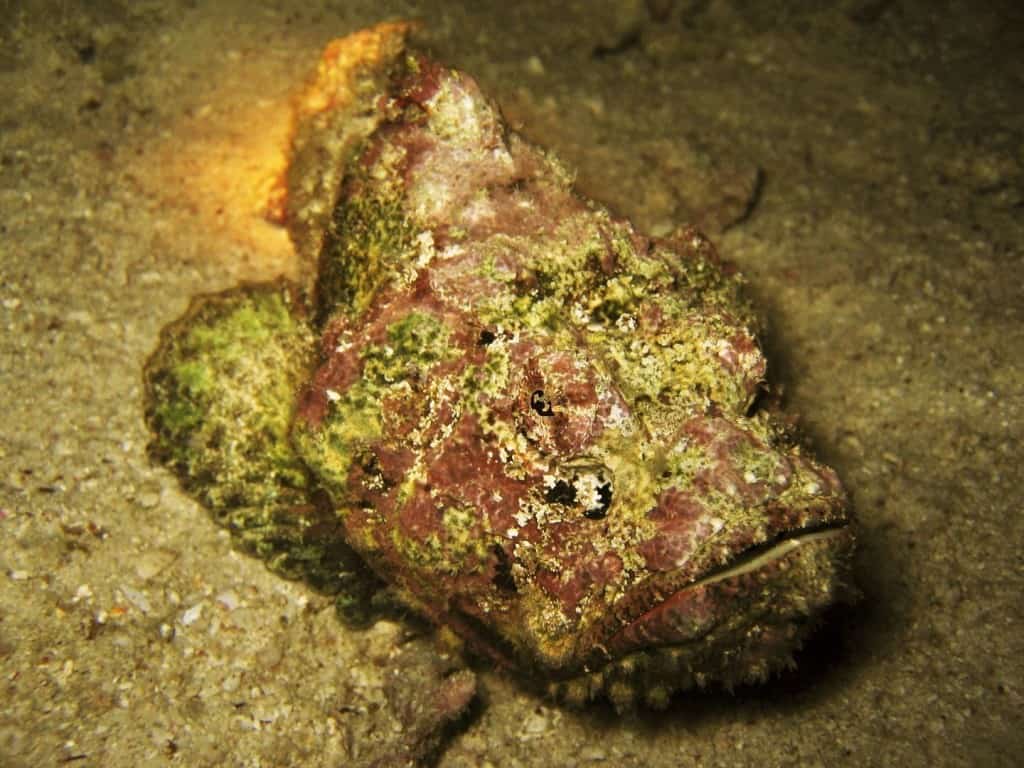 There are many reasons to be afraid of the seas and one of them isn’t very easy to distinguish, making it much scarier. The stonefish is one of the most well camouflaged creatures on our planet. What makes them deadly predators is the fact that they are also the most poisonous fish in the world, making them truly sinister. 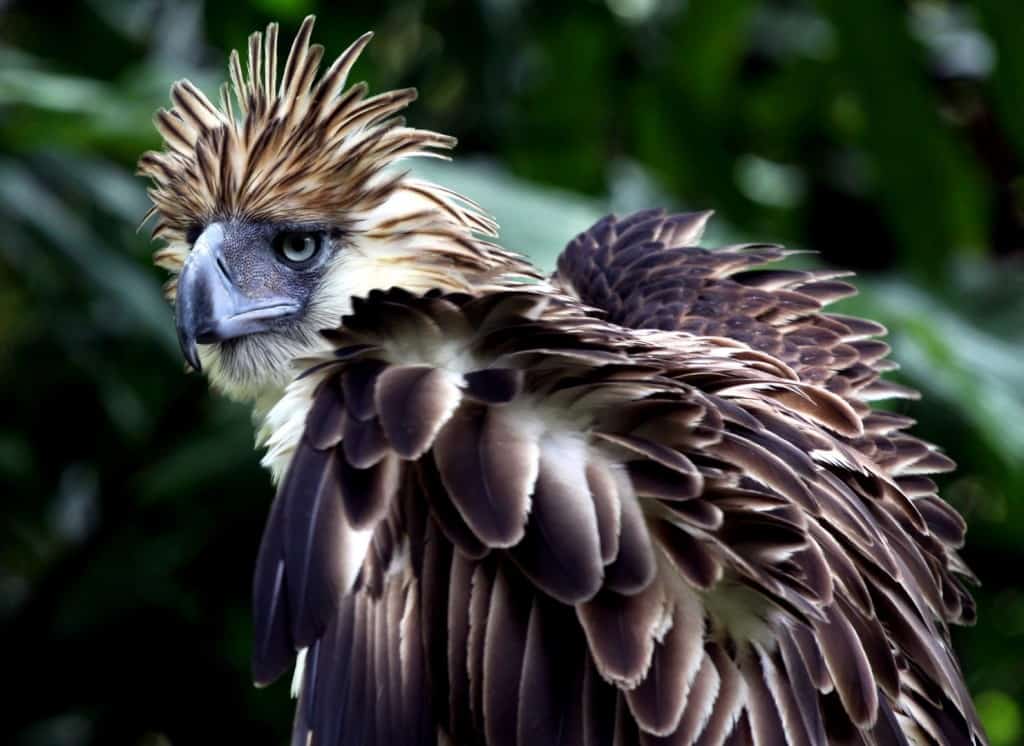 This glorious bird is the national bird of the Philippines and rightfully so. It is such a trained and powerful predator that its diet includes any ordinary land dwellers it can spot including snakes, dears and even monkeys. 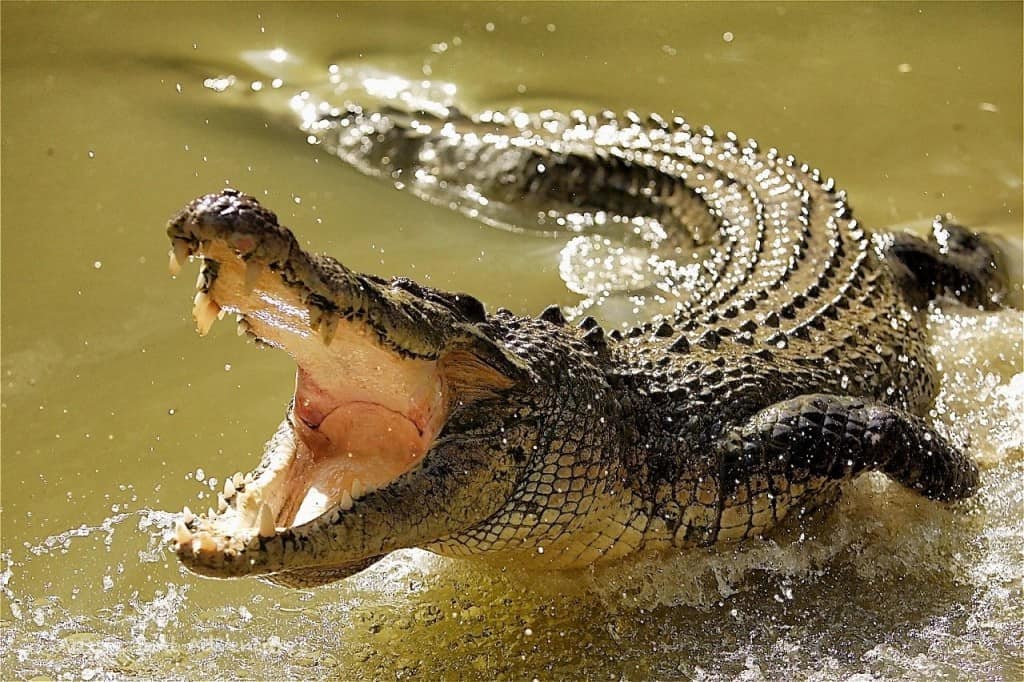 There are very few animals that have managed to elude the evolutionary cycle that has existed for millions of years. The crocodile is one such creature, undergoing very few changes every thousand years. This is because they are already near-perfect killing machines that have the body and jaw strength to take down any animal they see fit. The Australian saltwater crocodile is possibly the deadliest subspecies in this family. 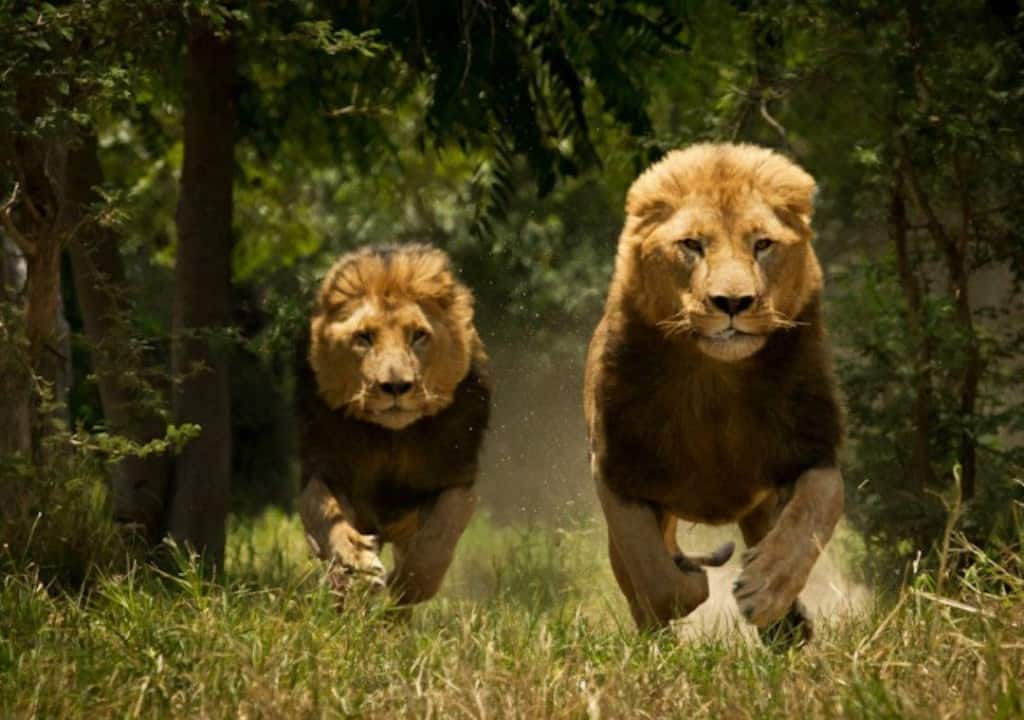 There are many solid reasons for naming the lion to be the ‘king of the jungle’. They are magnificent beats with the ferocity and raw power to bring down even the most dangerous of predators. What makes the African lion truly dangerous is the fact that it does not hunt by nature. The lioness is the gatherer of the group and ensures that it can bring the lion at least 15 pounds of meat that it needs to survive on a daily basis. The dangerous part kicks in when the lion decides to go hunting, making it more of a sport than a necessity; a clear cut symbol of dominance over its ecosystem. 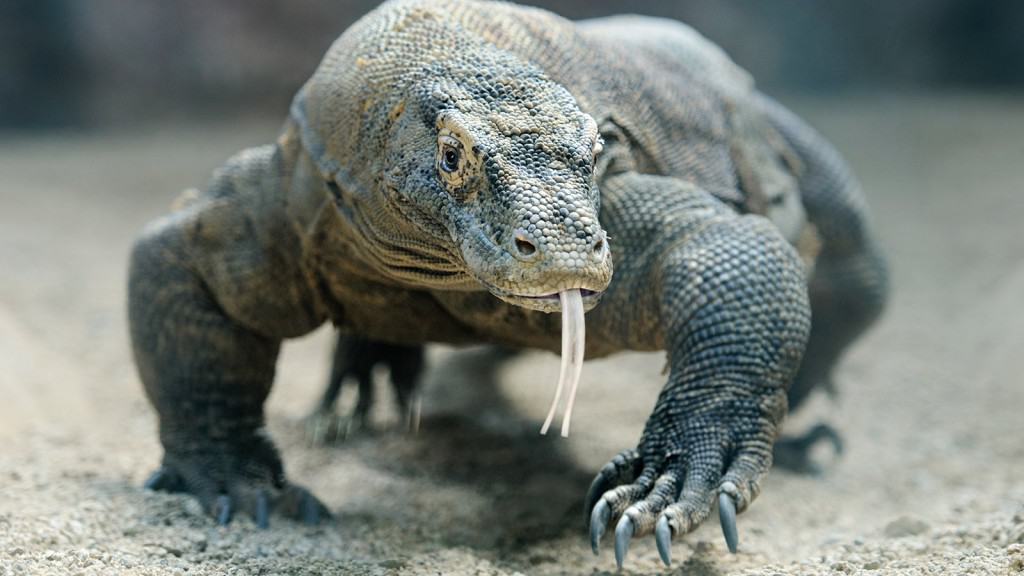 It is a good thing that Komodo dragons are found rarely on our planet or everyone would have been in a lot of trouble. These gigantic lizards, that can grow up to 10 feet, have very erratic eating habits. Although they feed rarely, they can eat just about anything they set their sights on. Now if that doesn’t make an animal dangerous, then nothing will! 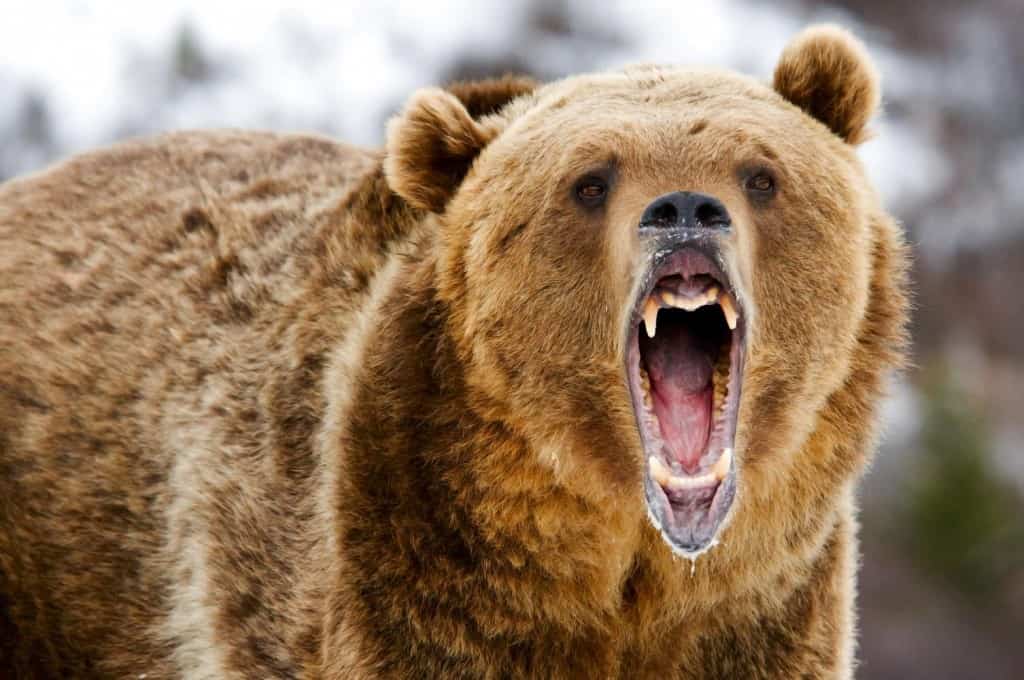 Most predators rarely come in contact with human beings, which makes them dangerous within their own ecosystems. The grizzly bear is one of those rare animals that have actually harmed a lot of human beings with their dangerous claws, powerful swing and ferocious bite. Most of the cases of grizzly bear attacks come from mother bears protecting their young, making them predators by choice. 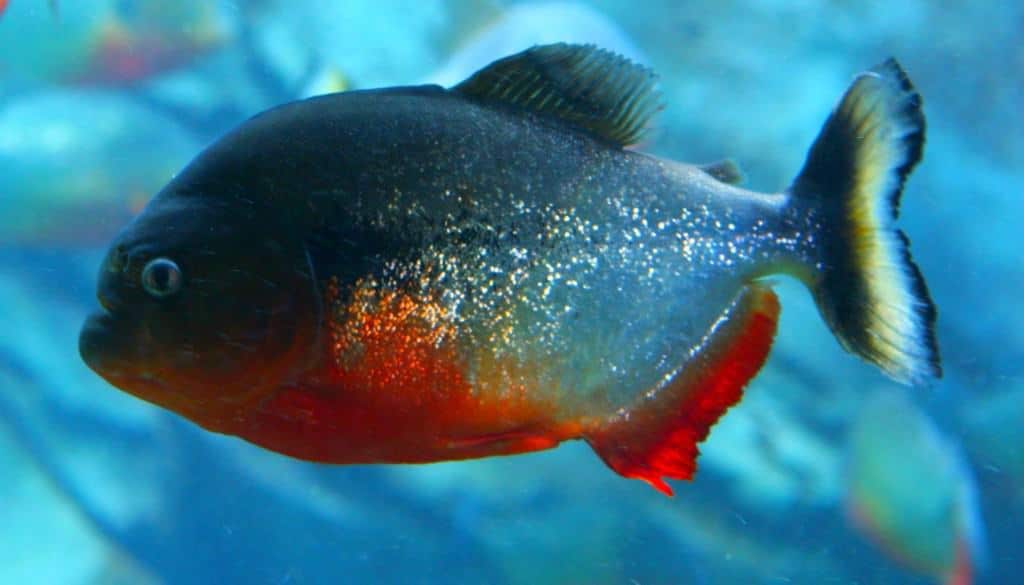 This species of fish has become so famous for its deadly bite that it spawned a series of B-grade movies under its name. Although this is funny, Piranhas mean serious business. These freshwater fishes can be dangerous in groups and can devour an entire animal or human being within a few seconds. 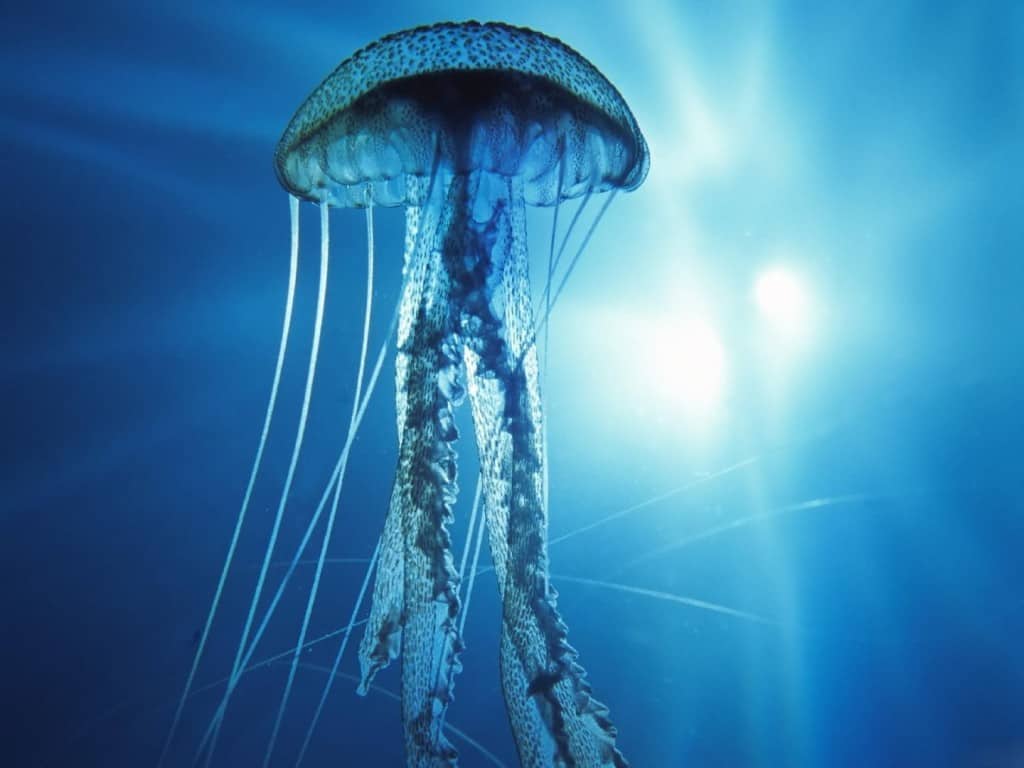 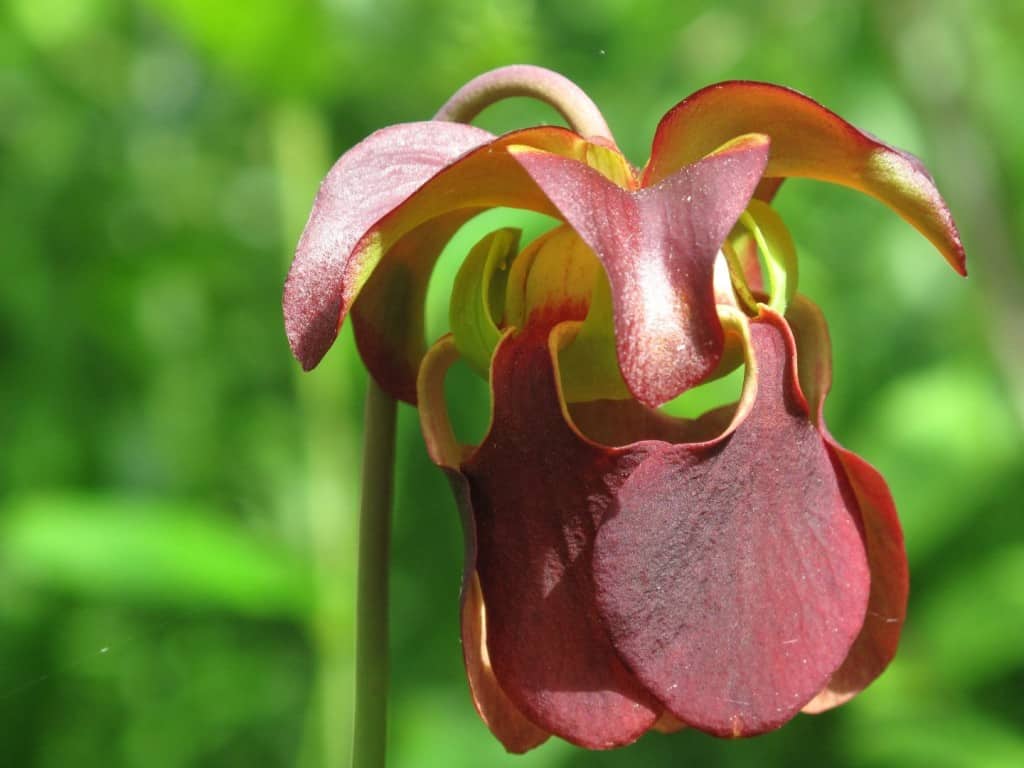 The Pitcher Plant is one of the most dangerous carnivorous plants in the world. It lures insects with the sight and smell of nectar and manages to suck the bait into a deep trap that is almost inescapable. 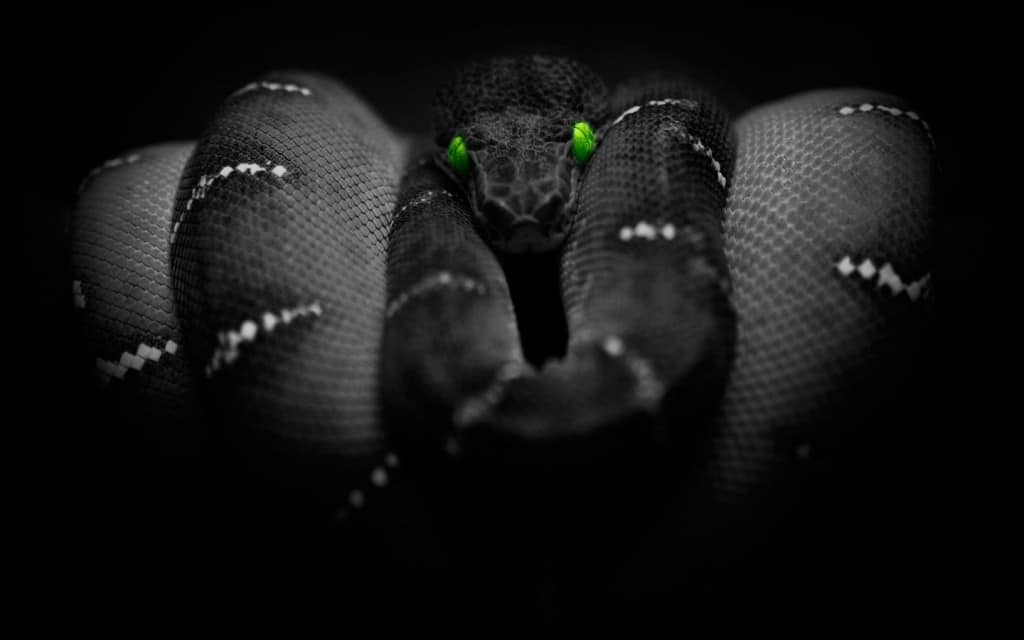 The Black Mamba has to be one of the most feared snakes on the planet. They have deadly skill when it comes to the hunt and have claimed numerous human and animal life during the course of their existence. 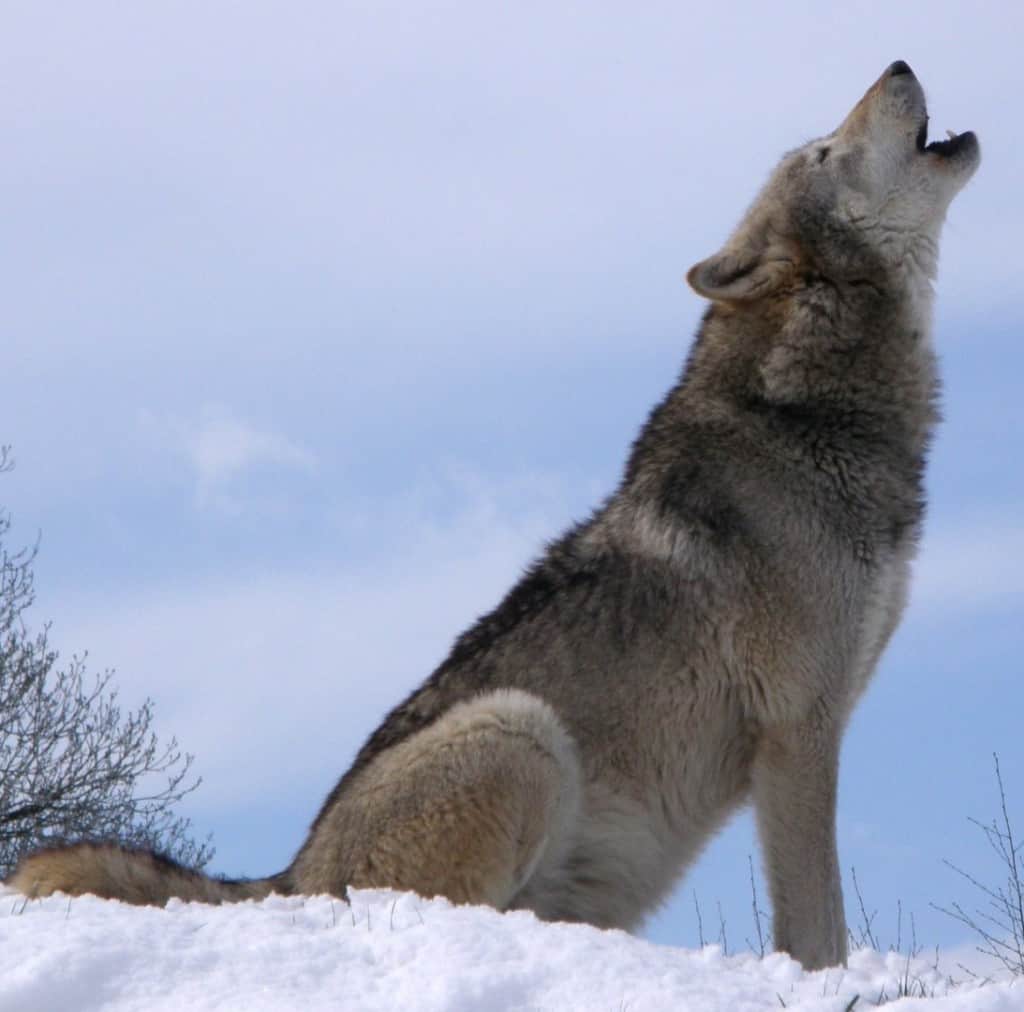 The Gray Wolf is another apex predator that rules select parts of North America. They are highly intelligent and have the capability of taking down animals individually or in a pack. 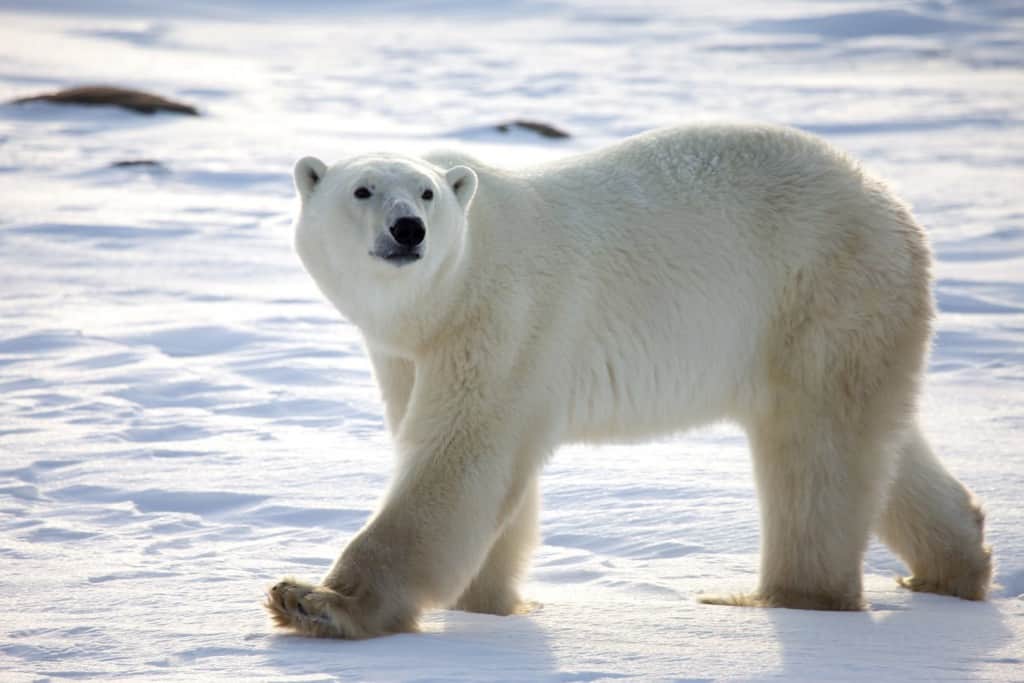 In the freezing conditions of the polar regions, the polar bears have to be highly intelligent and intuitive to make a successful hunt. Despite their physique, they have the capability of sneaking up on sea lions and walruses, making good use of the natural camouflage available to them. 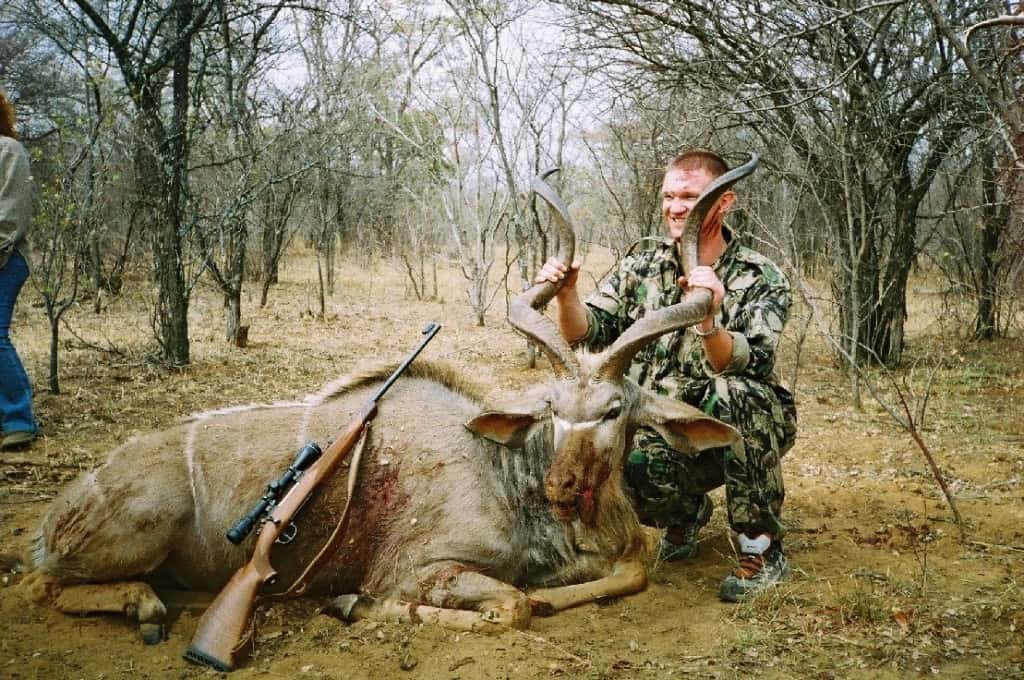 Of all the predators in our ecosystem, humans have to be the most cunning and vicious of the lot. It is because we are the only animals that hunt for a profit, and that makes us truly dangerous.