10 Of The Funniest Game Show Fails

It is hard work to make your way up to a game show. There are so many people attempting to make their way to television, that the odds of actually making it to a game show are very slim. Some people persist on this idea for years before yielding any results. This is true despite there being so many game shows on the air today. After making it to a show, especially a quiz show, it is ideal that you prepare thoroughly as to make something of the opportunity. A lot of people come prepared, but not everyone walks away with what they expect. Here is a list of 10 hilarious fails on quiz shows. The quality of the images may be poor, but these have been captured on television for your pleasure. 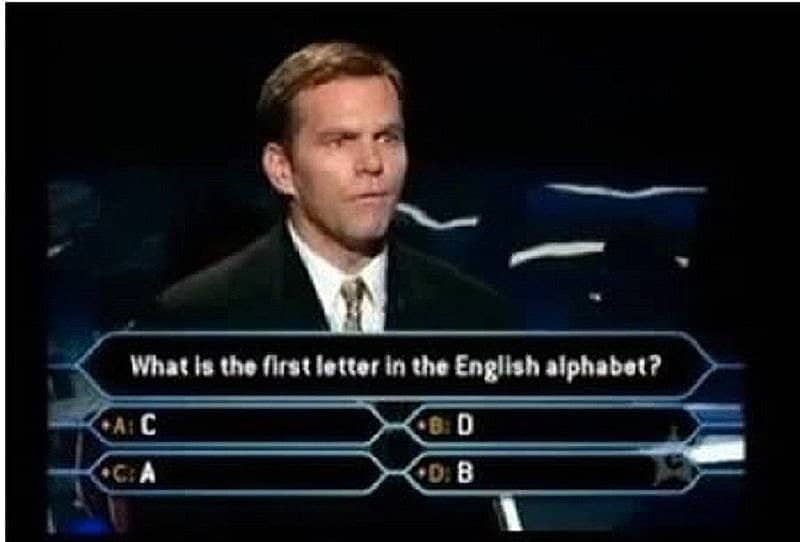 This is the kind of question that should be featured on a show called “Are you smarter than a one year old?” 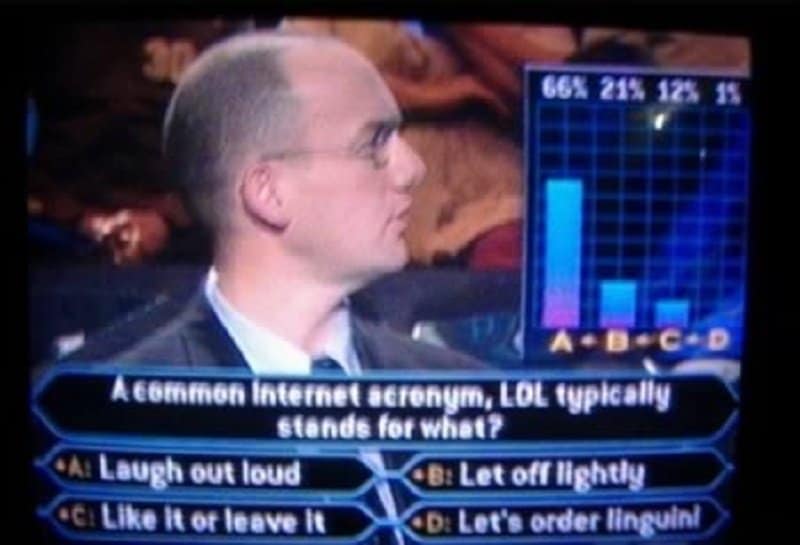 Clearly this participant has never visited our website. What is shocking is that a small fraction of the audience even voted for option D, which is Lets order linguini. 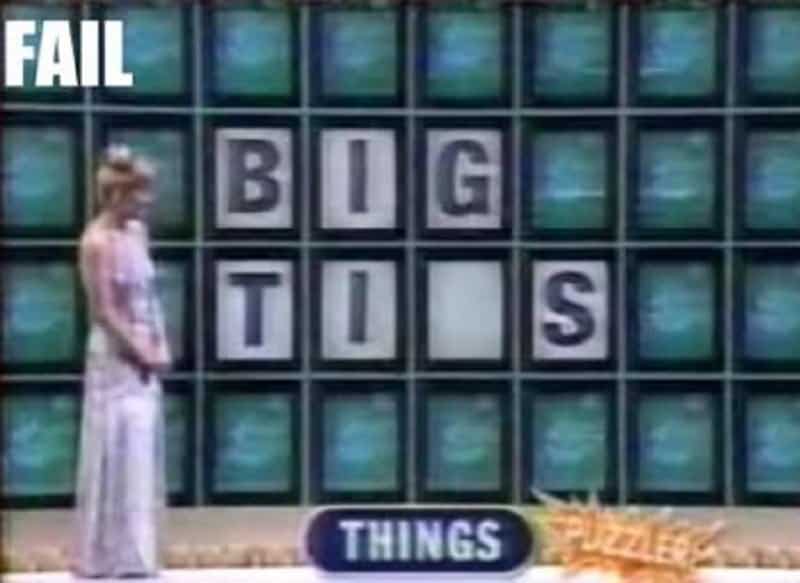 Sure, sometimes the most obvious answer turns out to be the wrong answer. Go figure! 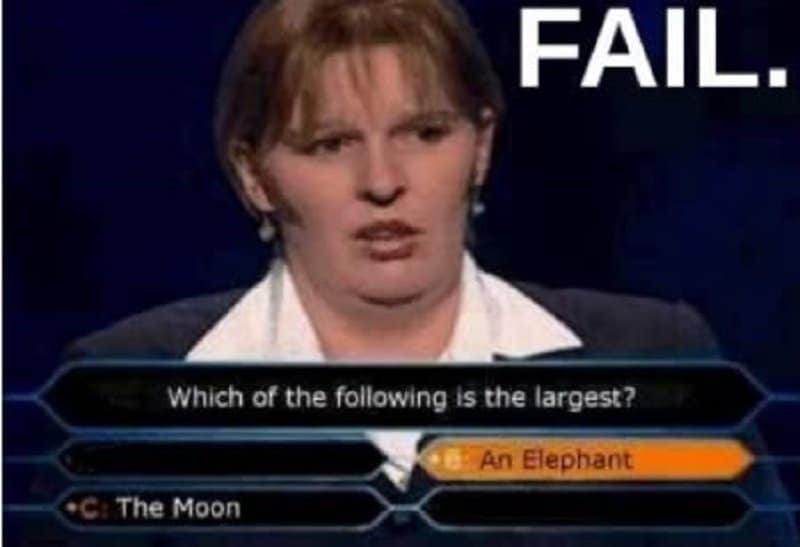 I sure wouldn’t want to meet the elephant this lady has in mind! Any animal bigger than the moon can only mean trouble.

The Answer Is In The Question 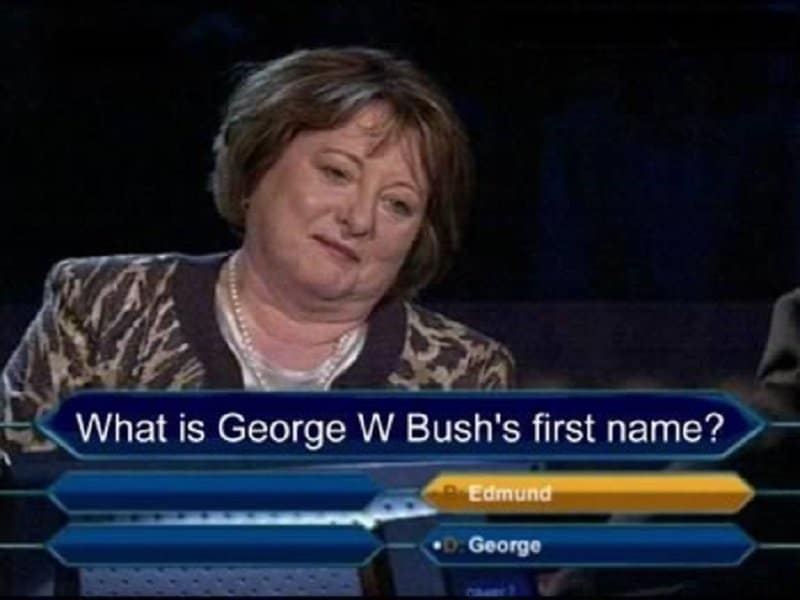 This lady clearly fell for the oldest trick in the book. She assumed that there was no way the answer to this question could be in the question itself. She was so wrong! 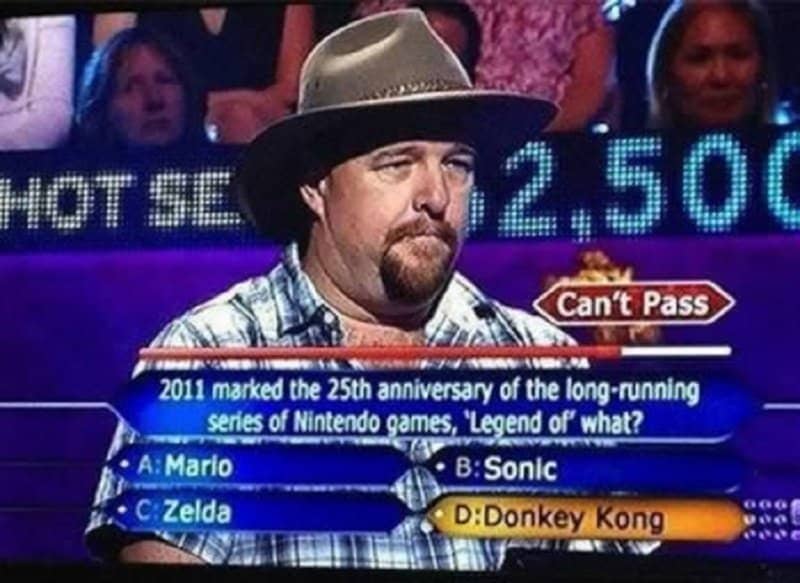 Sure, not everyone plays video games. This question proves however that being totally detached from video games doesn’t help either. 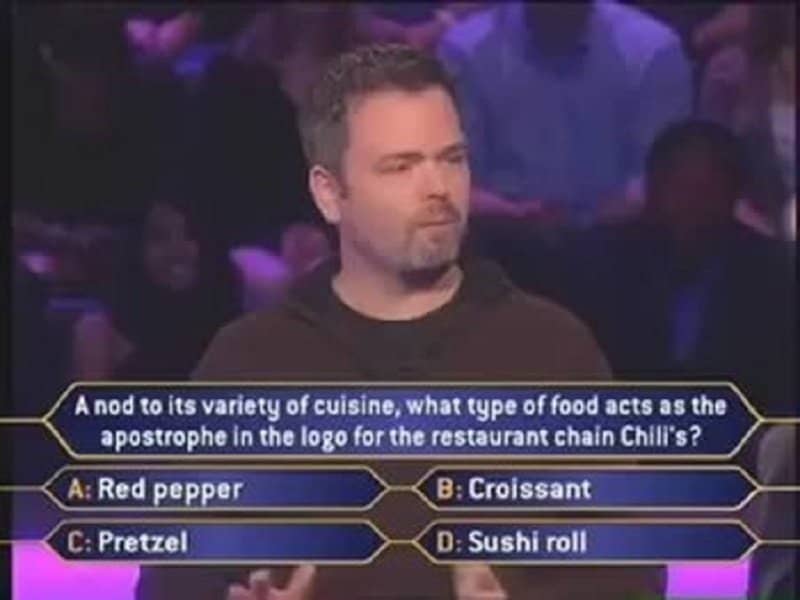 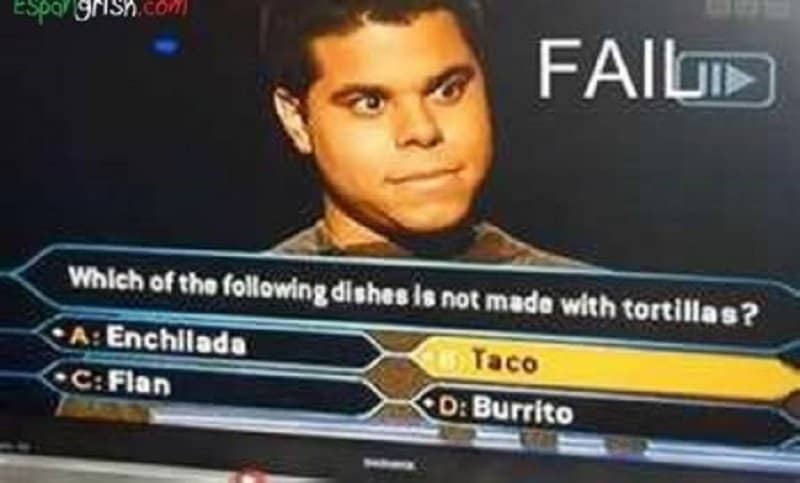 If the truth about what makes a taco has escaped you all these years, you have clearly been living under a rock! 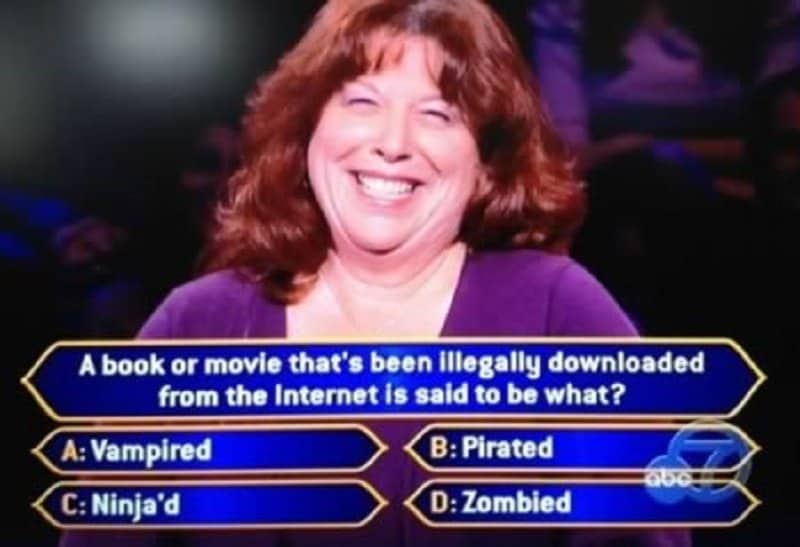 Ever wonder why they call it pirated and not zombied? Obviously not, because the answer to that question is way too obvious. 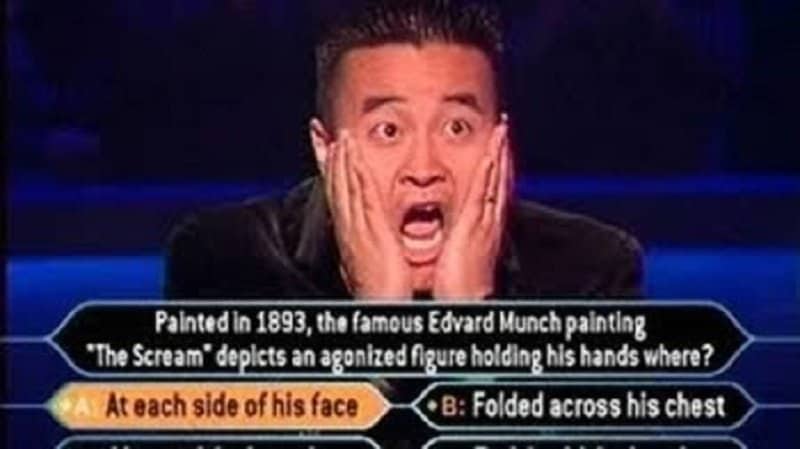 This is a good way to get to the answer of something you don’t know, by recreating all possibilities. Seeing this man with his hands at the side of his face really reminds me of a famous painting.