10 Massive Natural And Man-made Holes In The World

In our search for immeasurable wealth through minerals, diamonds, and whatever else can be discovered while digging under the ground, we’ve created a lot of holes. Sadly, a lot of these remain today, leaving massive scars across the planet. These enormous holes produce some truly impressive finds, whether they are natural or man-made. Located all over the world, these holes are certainly worth a visit simply for their sheer impressiveness. Here are ten impressive natural and man-made holes around the world. 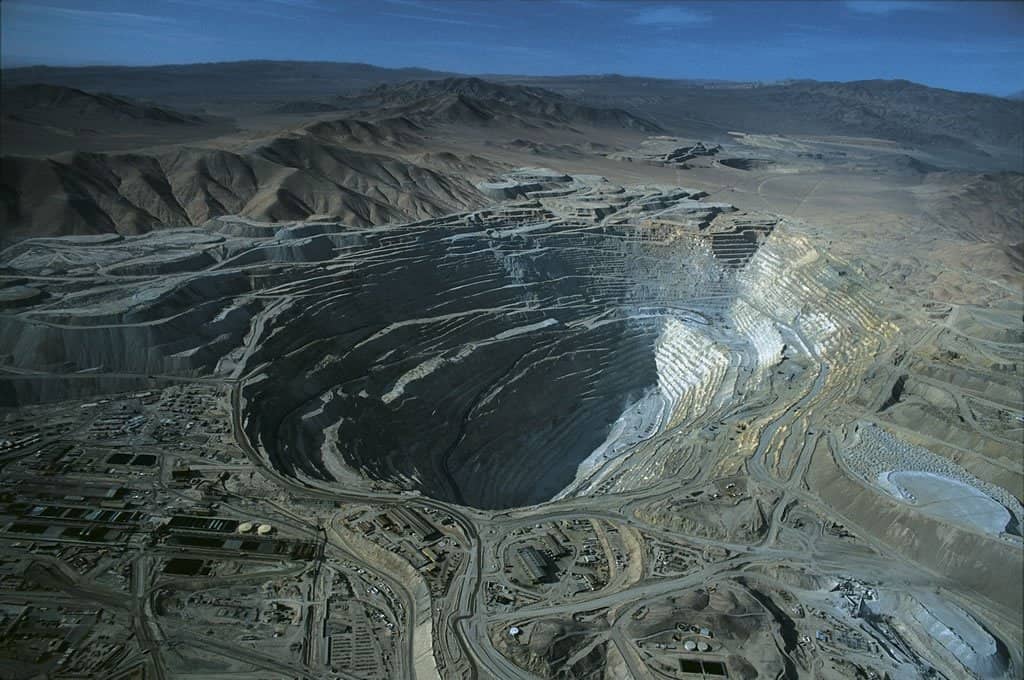 Chuquicamata, which is a bit of a mouthful, is an open-pit copper mine located within Chile. The mine is known for being the largest production mine for copper in the entire world, and is over 850 meters deep in total. 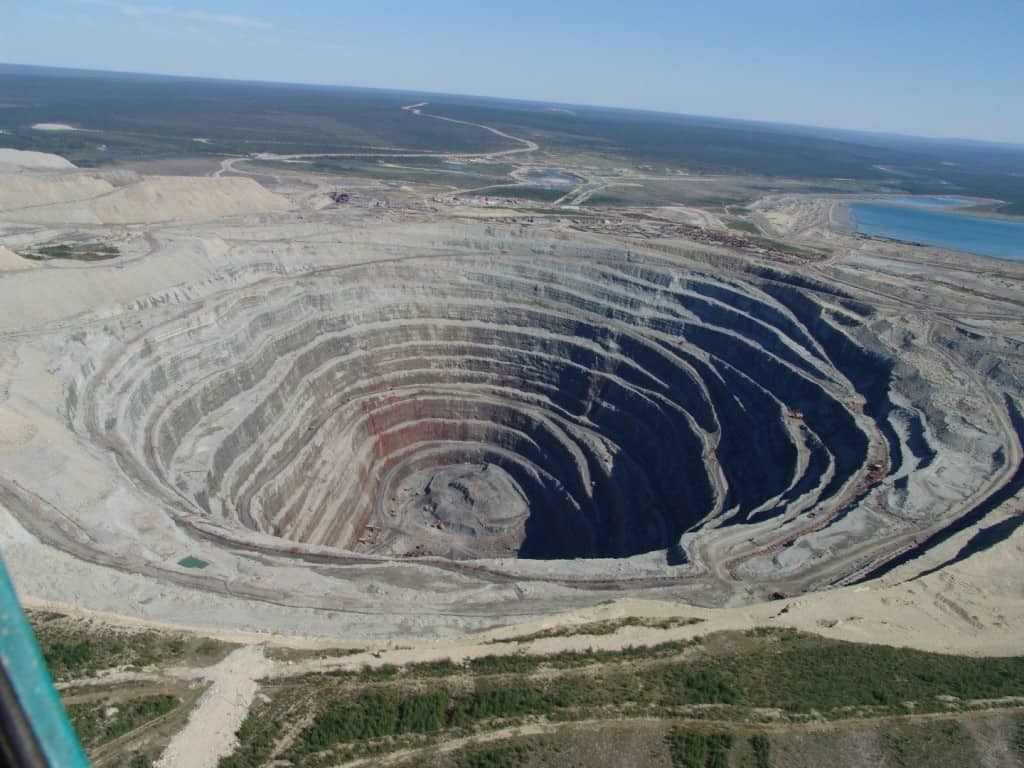 The Udachnaya Pipe is a massive diamond mine located in Russia. The owner ceased all operations in 2010 so they could focus on underground mining, even though the hole was only discovered and excavated in 1955. Since then, the hole has grown to over 600 meters deep. 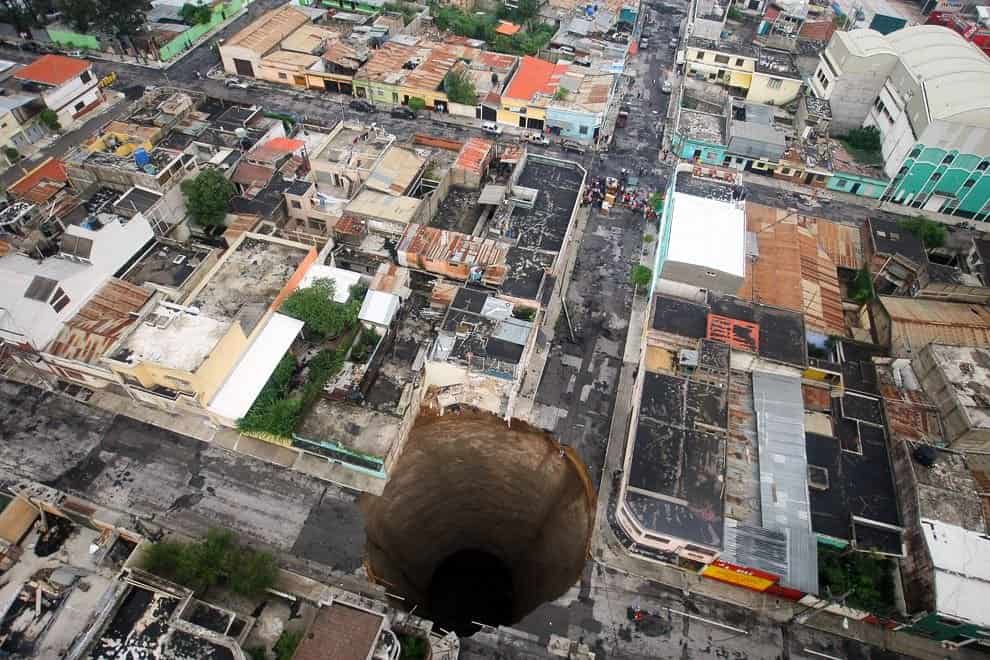 Back in 2007, a massive sinkhole emerged in the city streets of Guatemala, killing 2 people, swallowing dozens of homes, and forcing thousands to evacuate to safety. The hole was caused by excessive rain and underground sewage. 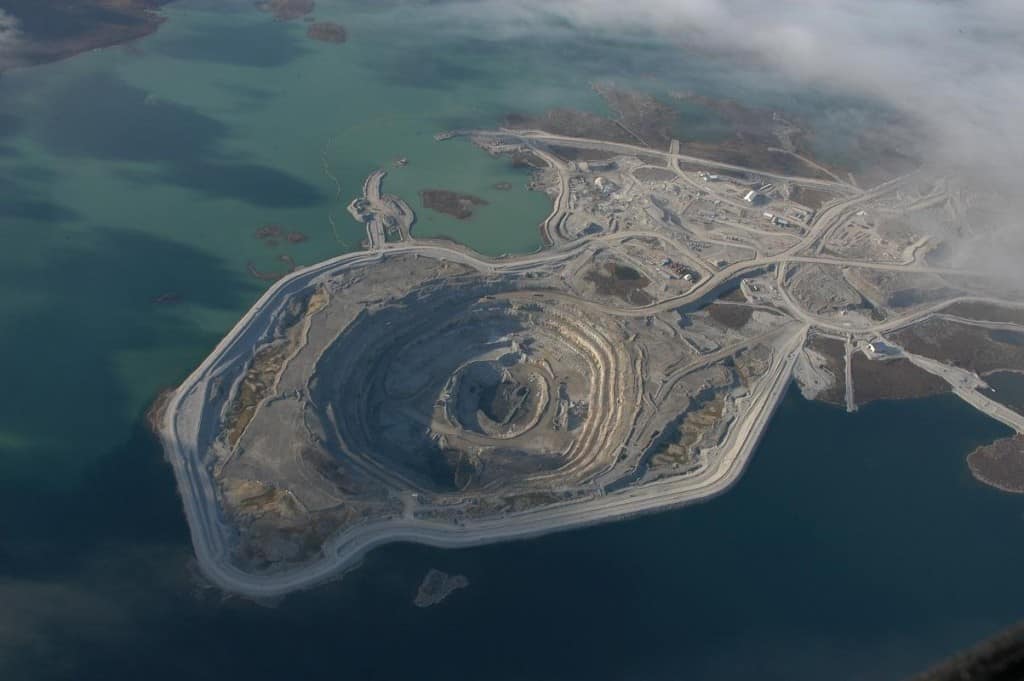 Diavik Mine, located within the Northwest territories of Canada, opened back in 2003. Since then, the mine has produced nearly 8 million carats, or 3,500 pounds worth of diamonds every single year. The location is rather beautiful, as it is surrounded by ocean. 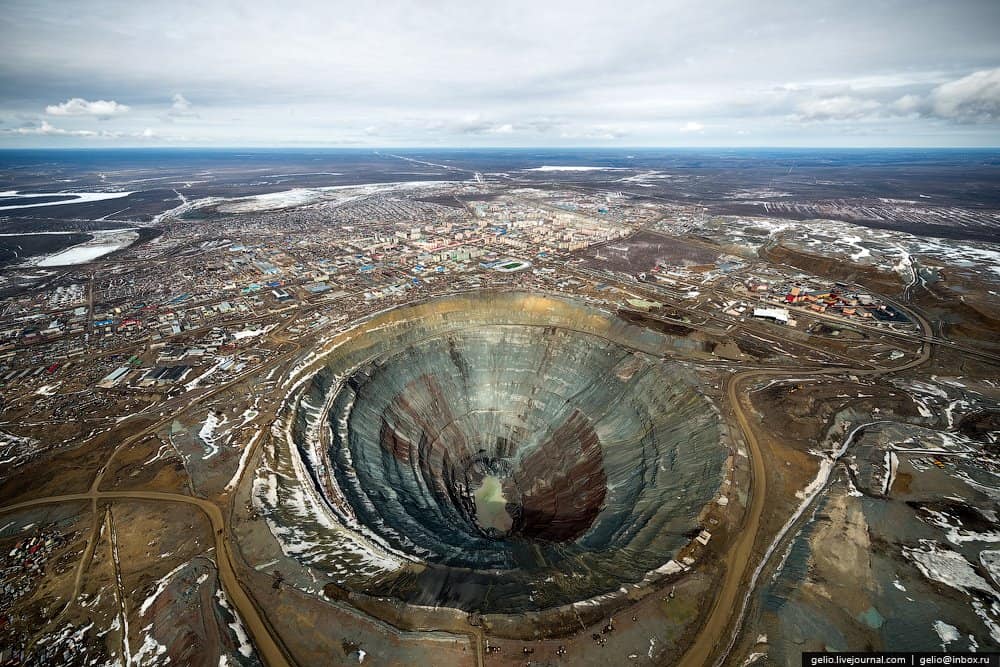 The Mirny Diamond Mine is currently over 500 meters deep, and has an impressive diameter of 1,200 meters. It was considered to be one of the first and largest diamond pipes ever built in the USSR, but has since become abandoned. 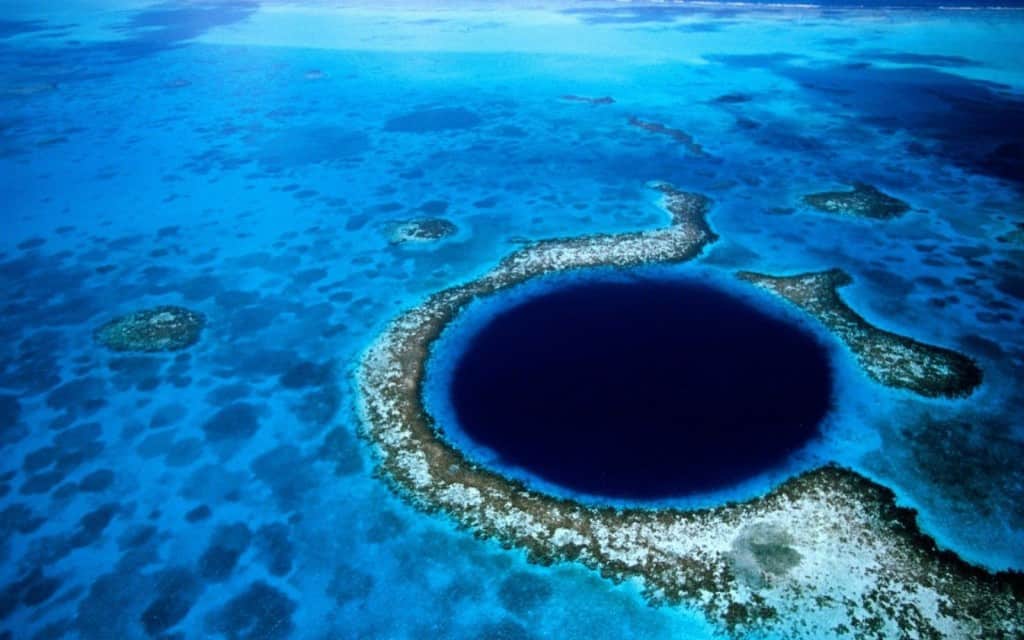 The Great Blue Hole is the single most impressive hole in the planet. The underwater sinkhole is located just off of the coast in Belize, and is 1,000 feet across and over 400 feet deep. It was formed by a limestone cave sometime in the previous ice age. 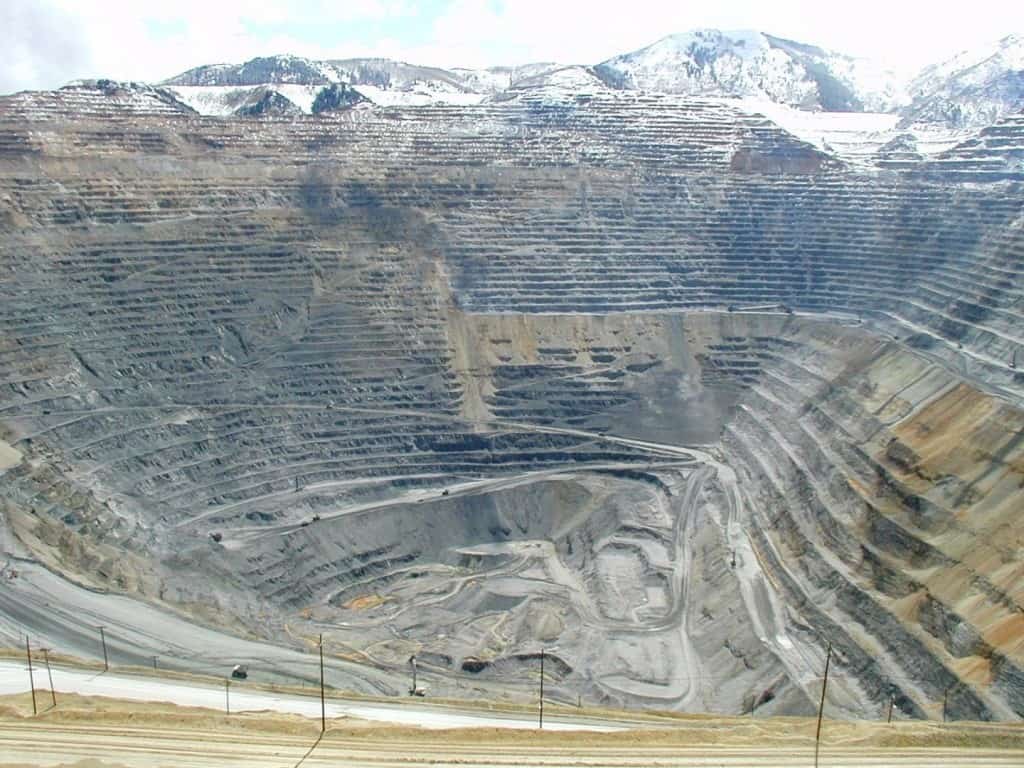 The Bingham Canyon Mine, located in the Oquirrh mountains of Utah, is nearly .75 miles deep, 2.5 miles wide, and is the largest man-made excavation to have ever been constructed in the entire world. 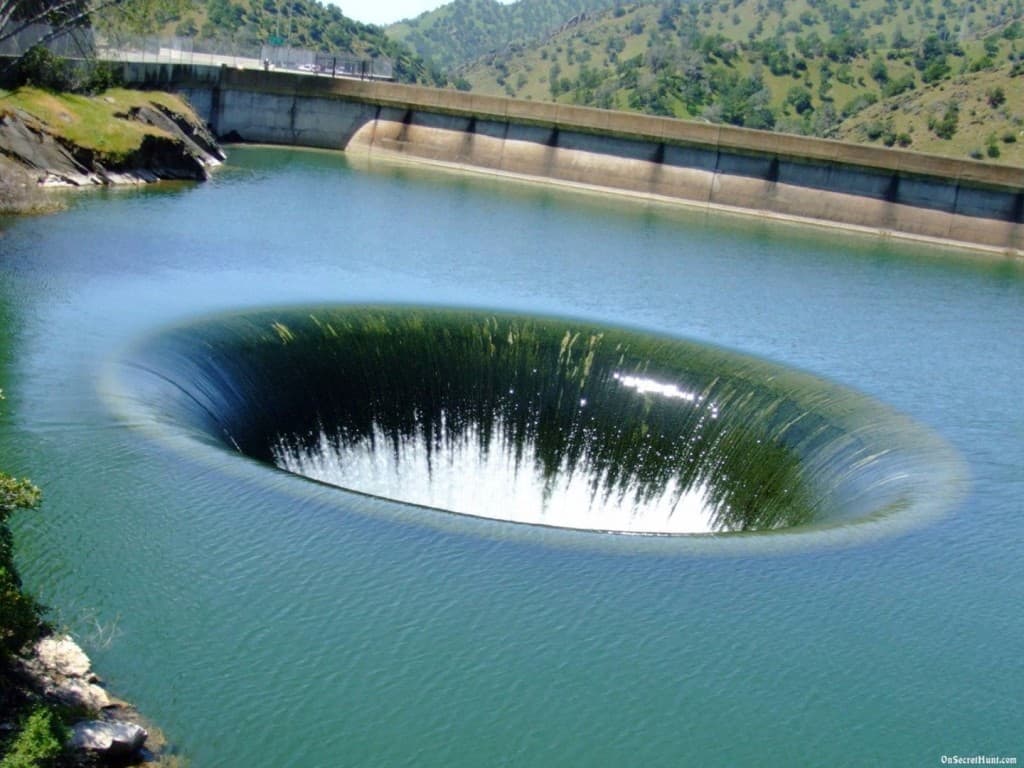 The Monticello Dam is located in Napa County, California, US, and is notable because of the huge circular spillway that drains 48,400 cubic feet of water every single second of the day. California could have used that water recently. 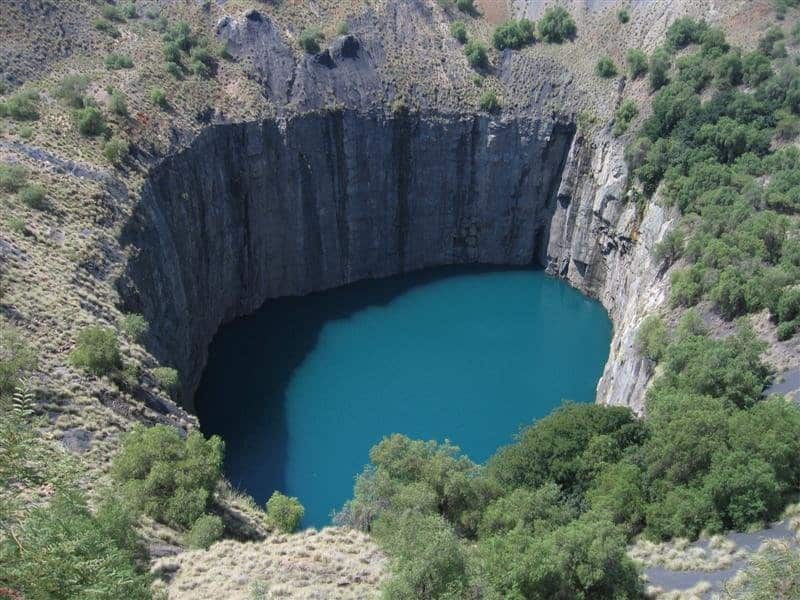 The Kimberley Diamond Mine, found within South Africa, is simply known as the Big Hole, and is considered one of the largest hand-dug holes in the entire world. Nearly 50,000 miners spent around 50 years with nothing more than picks and shovels to find 2,722 kg worth of diamonds. 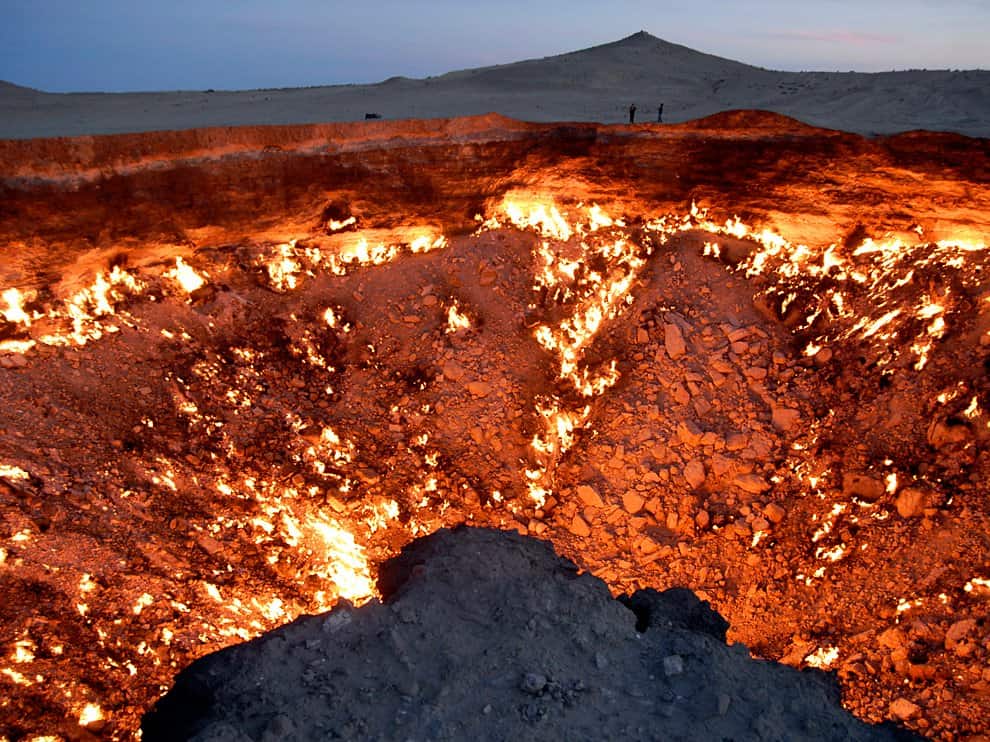 Back in 1971, geologists found a huge underground deposit of natural gases, which became known as the Darvaza Gas Crater. A drilling rig collapsed, leaving a enormous hole in the ground. The hole was allowed to burn nonstop to avoid the horrible gases being released. It is burning to this day.