Sometimes Google’s auto complete service can save you from some serious spelling errors by helping you follow what you’re thinking at the moment as opposed to what you’re incorrectly typing. However, sometimes Google fails just like humans do which leads to some hilarious screenshots from people who are on the receiving end of those messages. Here’s the ten absolutely hilarious Google auto complete fails that will make up for all the bad stuff that’s happened to you today and will make you LOL!

“Help I Accidentally Build A Shelf” 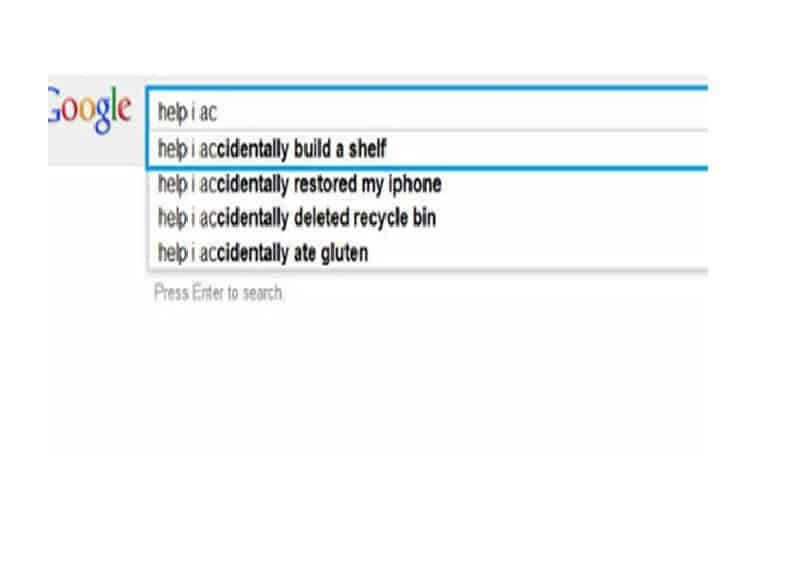 How does one accidentally build a shelf? Maybe they were trying to create a piece of furniture but made a mistake?

“Wolves Are Taking All Our Women” 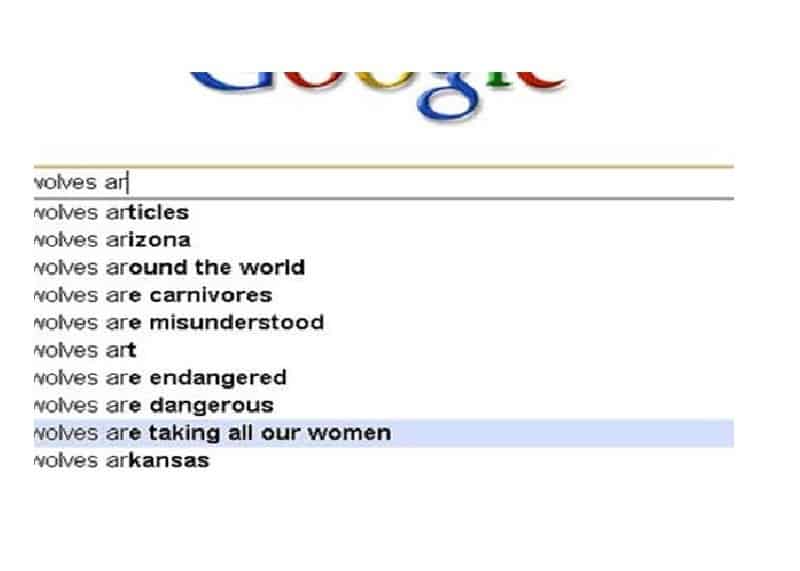 It’s an epidemic and it must be stopped. At least that’s what Google is suggesting.

“How Do You Use Google” 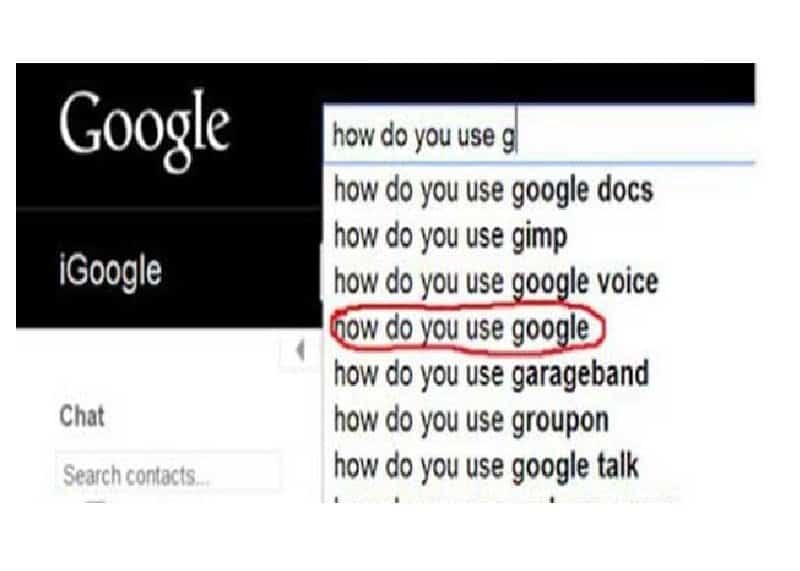 Google providing advice on how to use Google on Google. 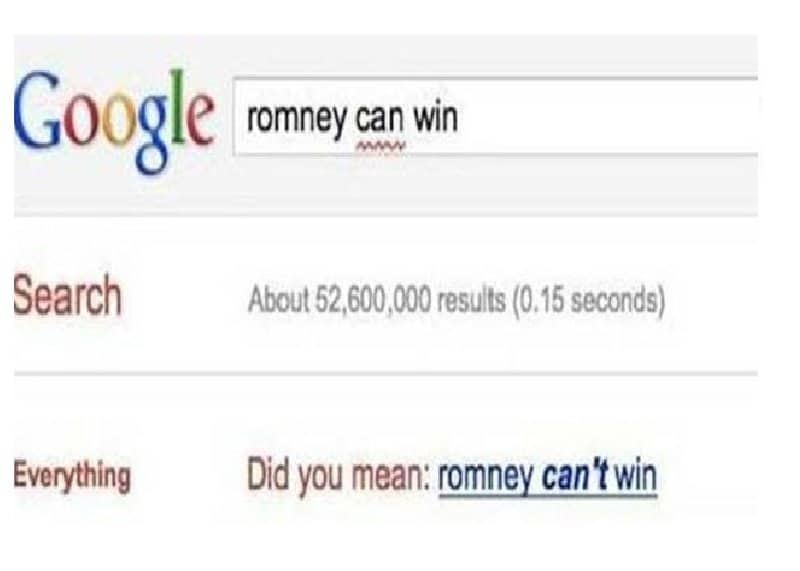 Google can also get quite political when it wants too. Case in point: Can Romney win? Google says no. 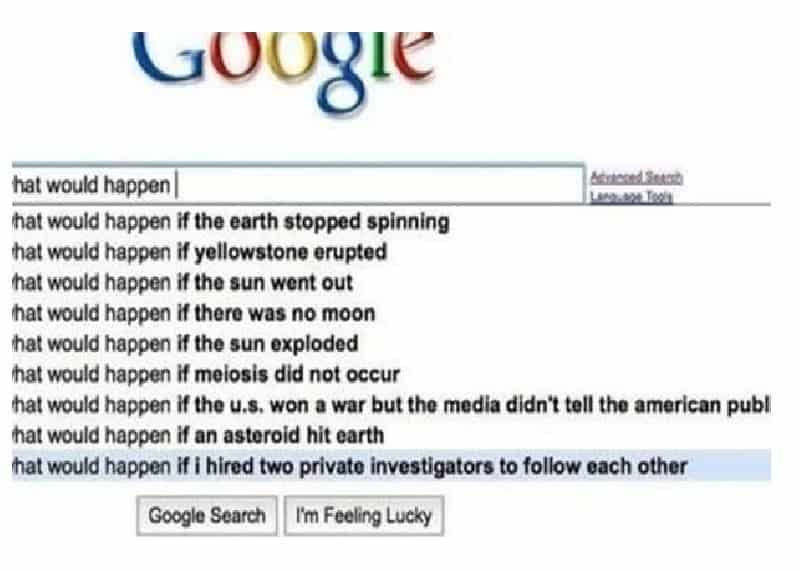 We must admit, we’re intrigued. Which one would find more dirt about the other? Would they figure it out and how soon? Sounds like a great way to spend your money on, if you ask us. 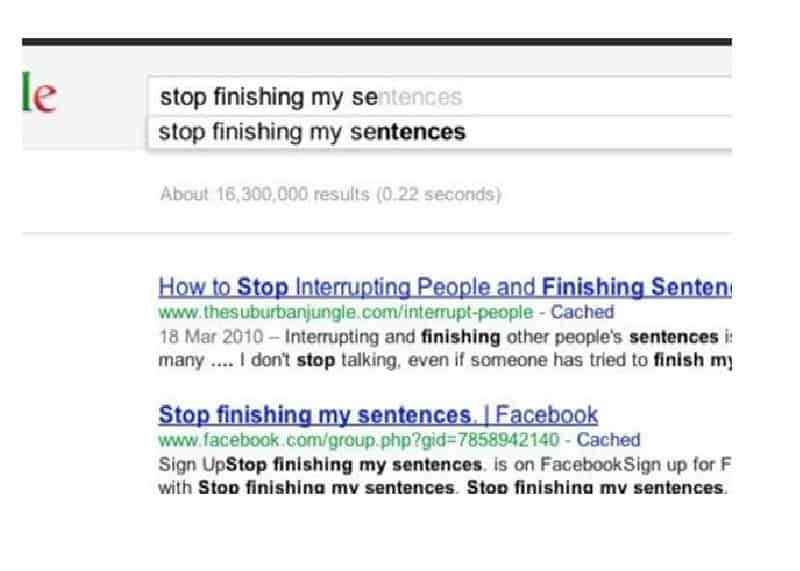 “Why Is My Goldfish Turning Black” 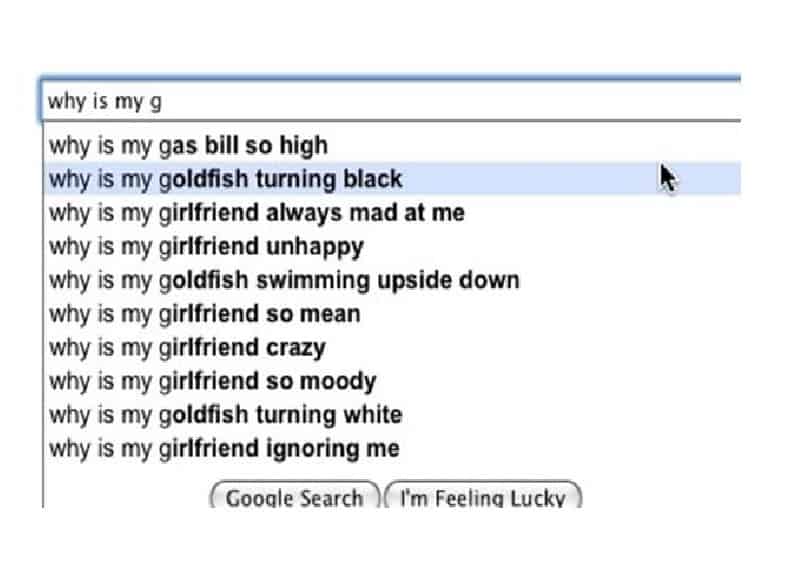 Maybe it has an uncanny ability to change its color using only willpower?

“How To Raise Your IQ By Eating Gifted Children” 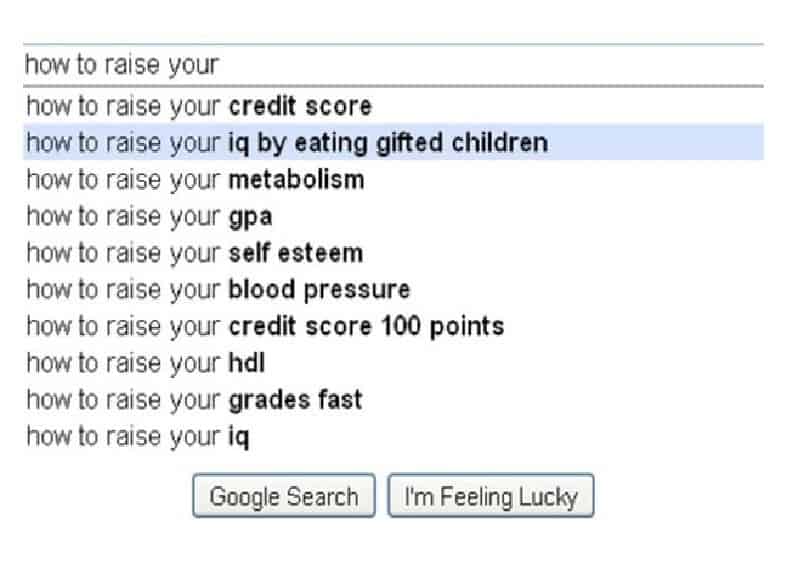 If we’re being completely honest, this one might raise a few red flags.

“What Do I Do If A Ginger Kid Bites Me” 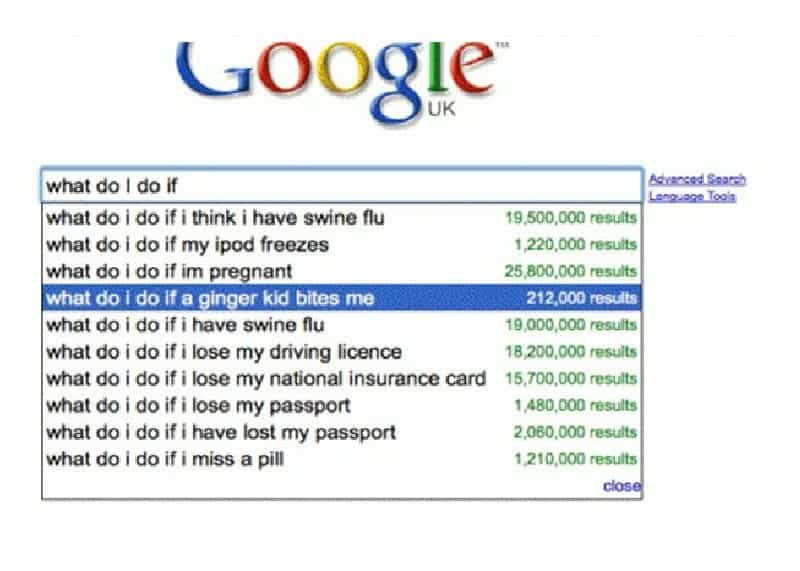 The fact there’s two hundred thousand results available when googling “What Do I Do If A Ginger Kid Bites Me” makes us think there’s at least half that many people who experienced a ginger kid biting them. We’re not sure what to do with that information.

“Dinosaurs Were Made Up By The CIA To Discourage Time Travel” 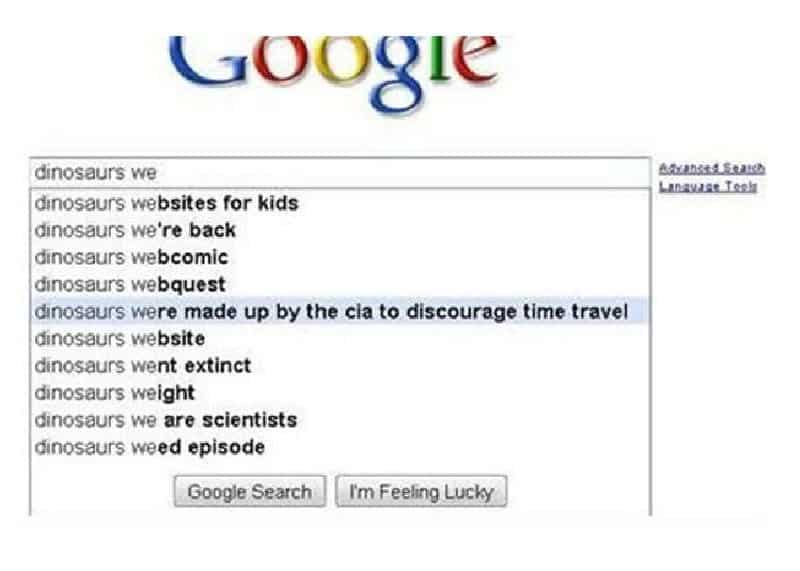 Well, this is a plot twist if we’ve ever seen one. What if time travel really exists?