Every single culture prides itself for having some sort of a wedding tradition. Some are simple, like Easter Europe’s tradition of fake wedding brides emerging before the real one finally shows up, and some can get so complicated and bizarre it’s hard for the outsiders to even keep up. There’s also traditions that can be gross and terrifying to those who aren’t used to them. We’ve gathered a list of the most bizarre of them all that will make you happy your culture silly traditions are just that and nothing more. Check them out below.

Blackening Of The Bride 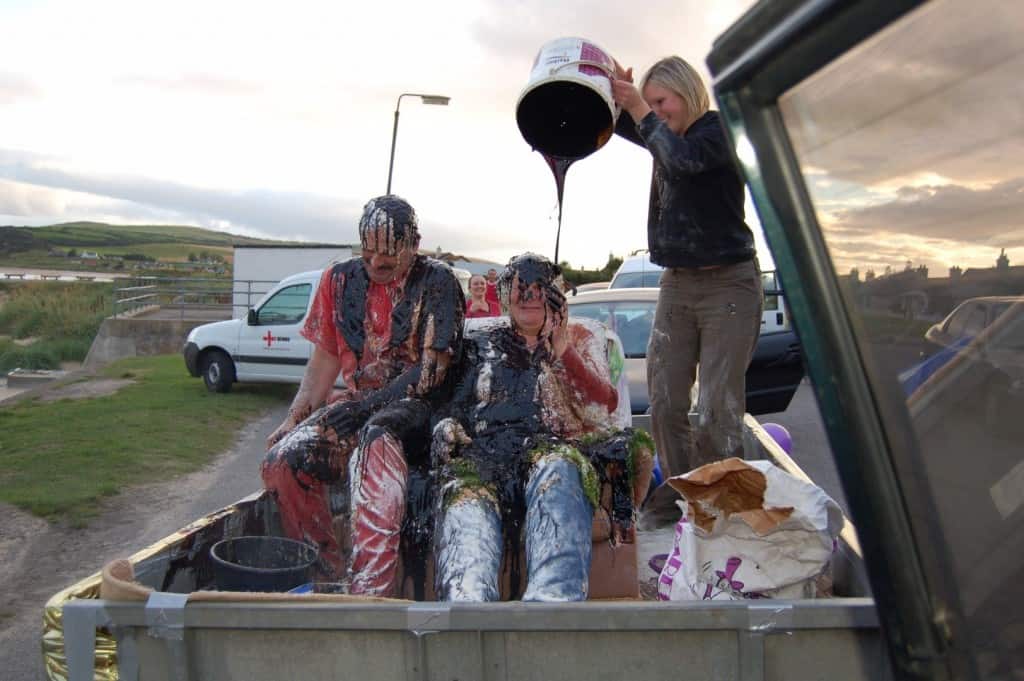 To get the blessing to go get married in Scotland, you’ll have to endure gross things getting thrown at you. Mostly it’s oil and other equally disgusting thick liquids that will blacken the bride. After that, the bride gets tied to a tree. The purpose of this exercise is to prepare the bride for the difficulties of marriage. 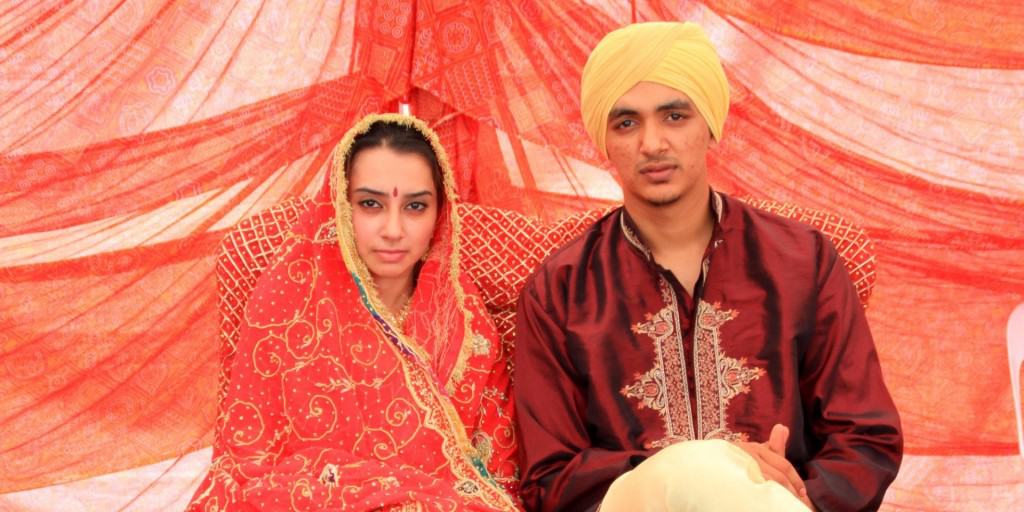 Daurs of Chinese Inner Mongolia have a weird tradition of expecting the bride and groom to kill a baby chick while holding the knife together. The purpose of this is to find a healthy looking liver that will serve as the sign that their relationship is healthy and ready for marriage as well.

Married To A Tree 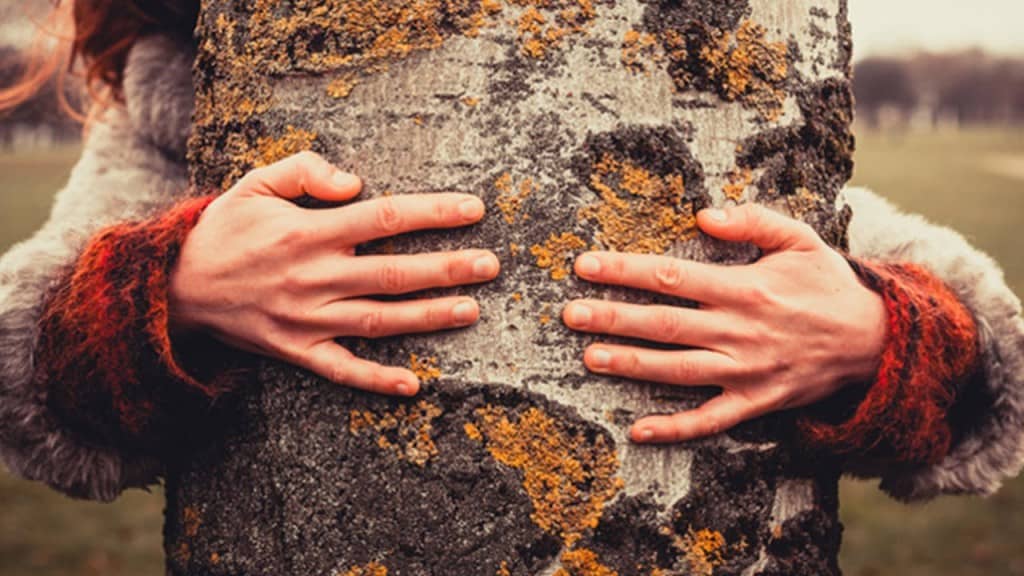 Indian women who are born as Mangliks are considered to be cursed. That’s why marriage isn’t an option for them unless they first marry a tree that is then destroyed so the curse gets broken. 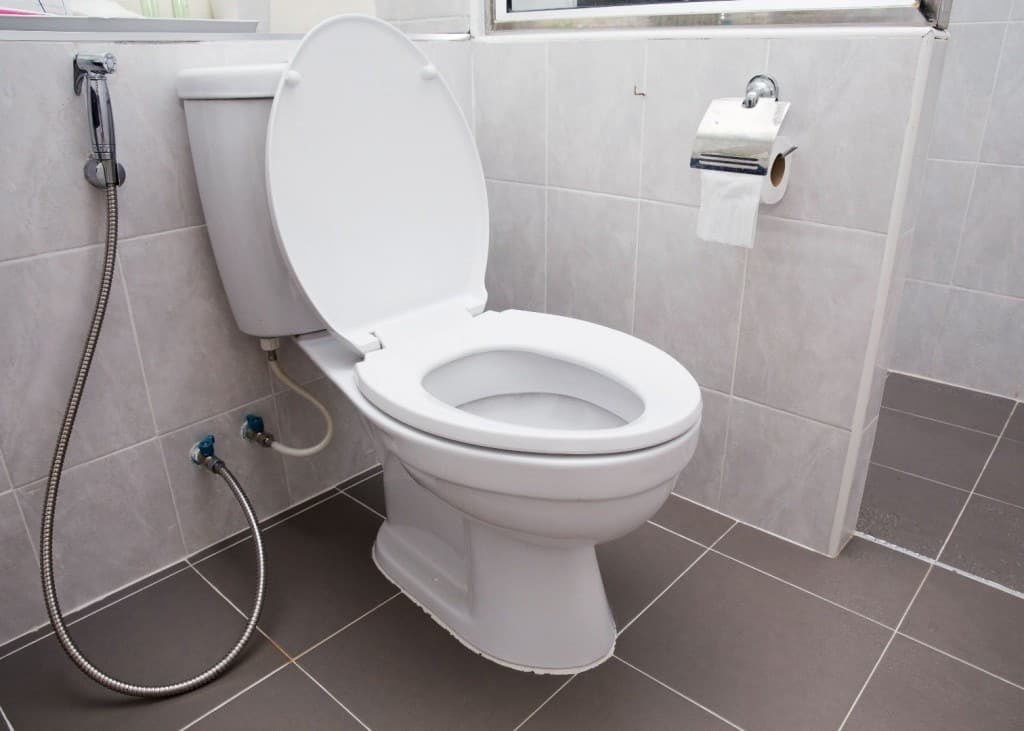 The Tidong tribes that live in Northern Borneo ban the newly married couples from going to the toilet either to urinate or empty their bowels for three days straight. It’s supposed to mark bonding time between the wife and the husband. 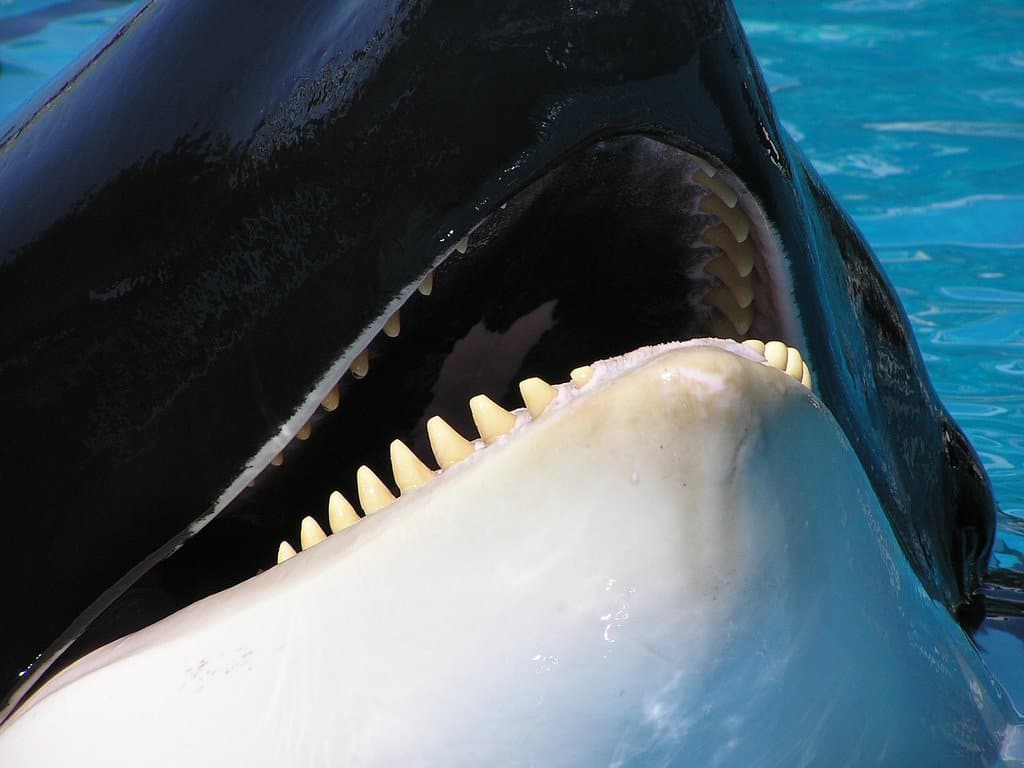 To get married in Fiji, a man must bring a tooth of a whale to his future wife’s father. So in order to get married, a man must face the largest mammal on Earth and steal a tooth.

Feet On The Ground 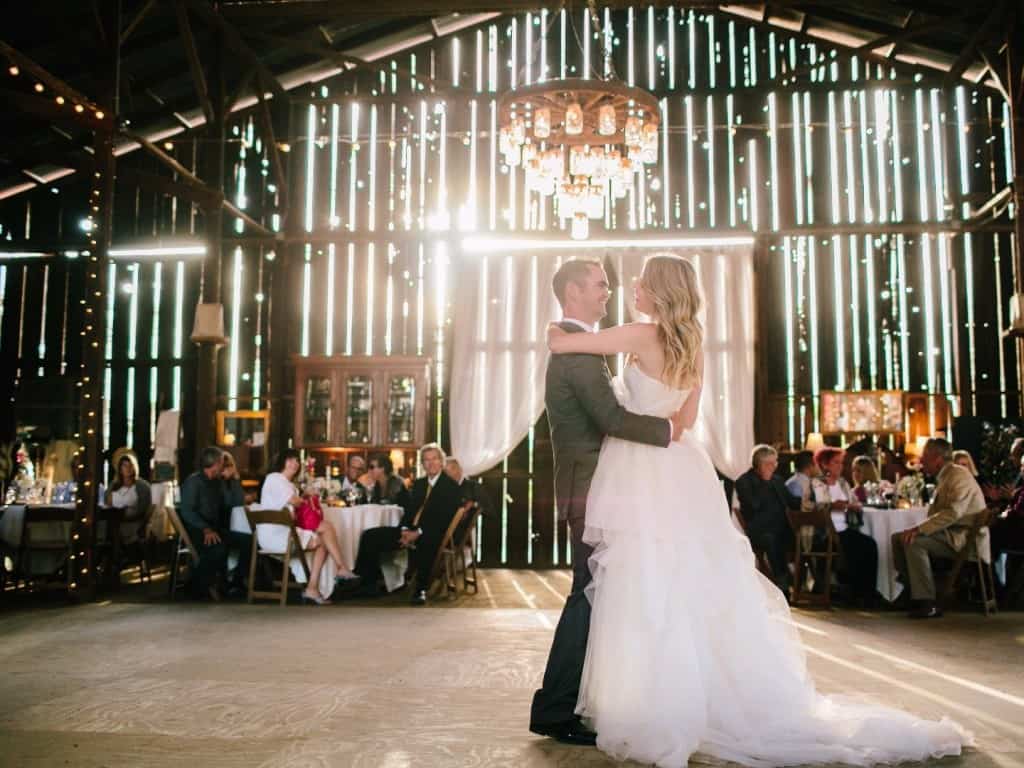 During the celebration in Ireland, the bride’s feet must at all times stay on the floor so the evil fairies can’t sweep her away. 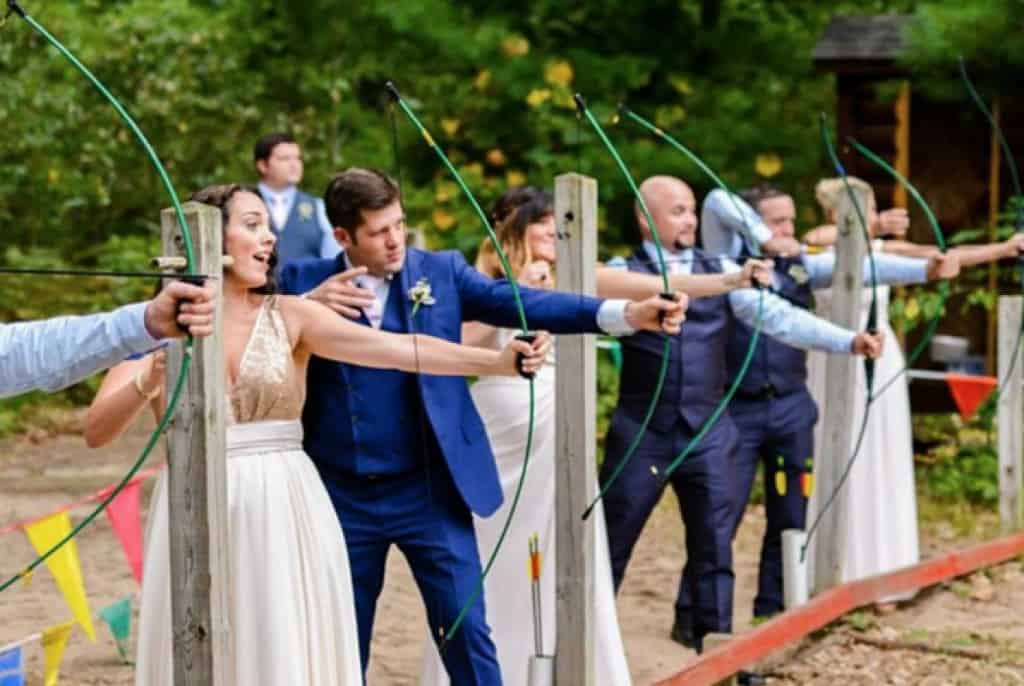 In Yugur culture, which is a part of an ethnic Chinese minority, the groom is scheduled to shoot his bride with a bow and arrow right before the wedding three times. The arrows aren’t equipped with arrowheads, but the act is still considered one that builds trust. 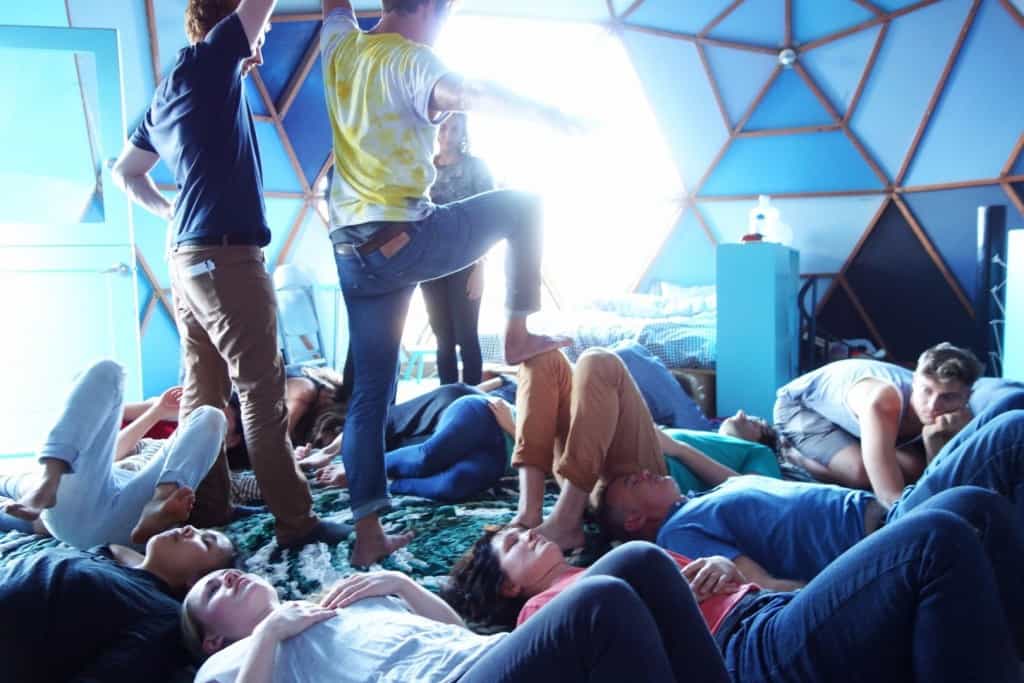 After the wedding reception is over in French Polynesia, the relatives of the bride all lay side by side in the grass with their face pressed into the ground. The newly weds then walk over them.

In some tribes in Africa it is a custom for the mother of the bride to join the bride and groom in the bedroom in order to show the bride how it’s done. 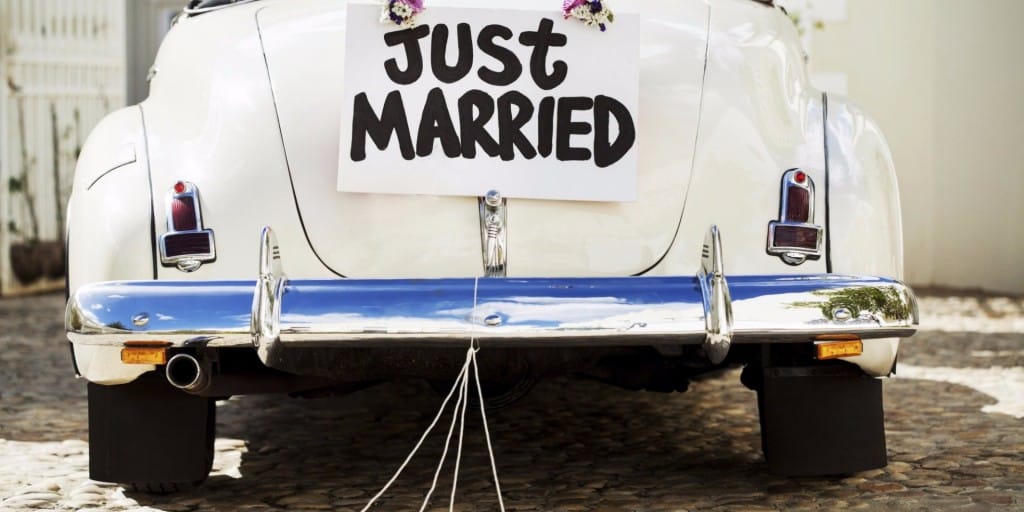 In the Republic of Congo, no wedding should feature even a tiny smile. Because marriage is considered serious business, the newly weds cannot smile throughout the entire ceremony.