Usually, when considering customer support and failures, you might think that the company’s done something wrong. However, on rare occasions, the customer is in the wrong. In their attempts to share their regretful experiences or just seeking help from the company, these customers have taken it to social media and twitter for their answers. Yet, as with anything else, before you post on social media you should always think twice. These people didn’t. With that in mind and without any other further adieu, here are 10 Customer Twitter Fails That Are Beyond Hilarious. 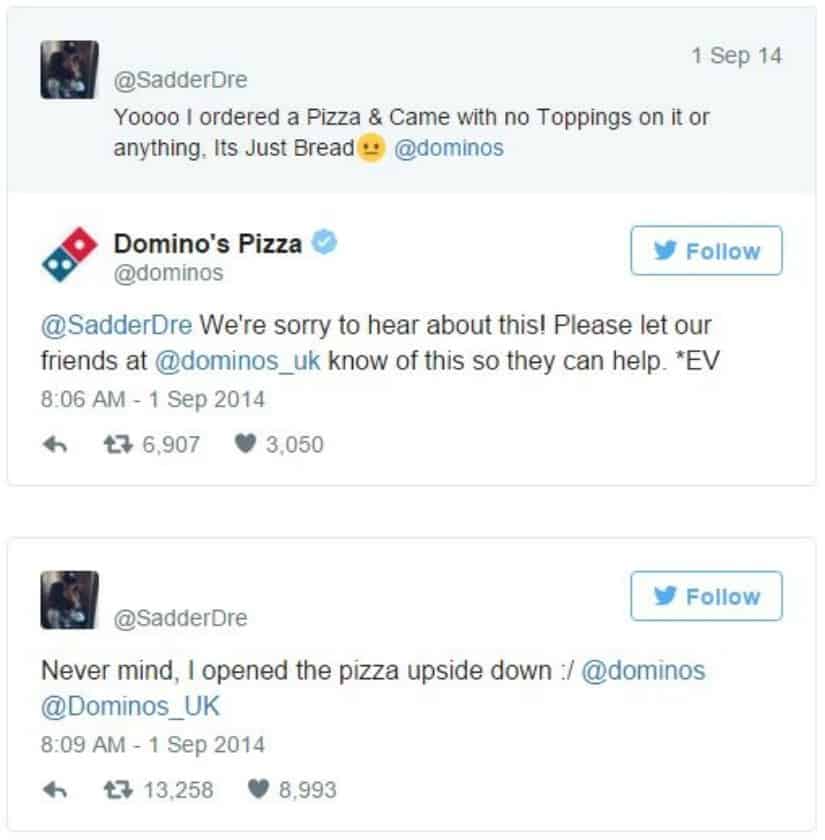 Next time, before making a conclusion and tweeting out, you should make sure that you are looking at both sides of the issue. 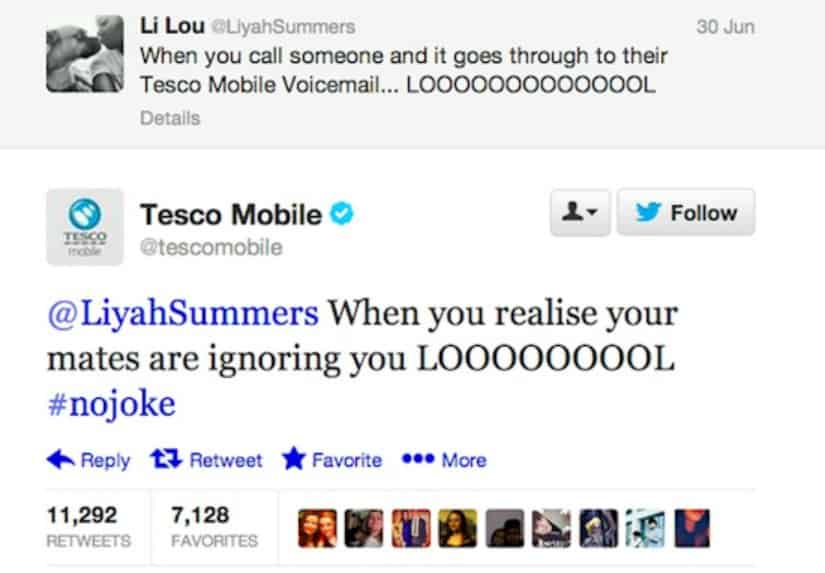 My Ex’s a Snake 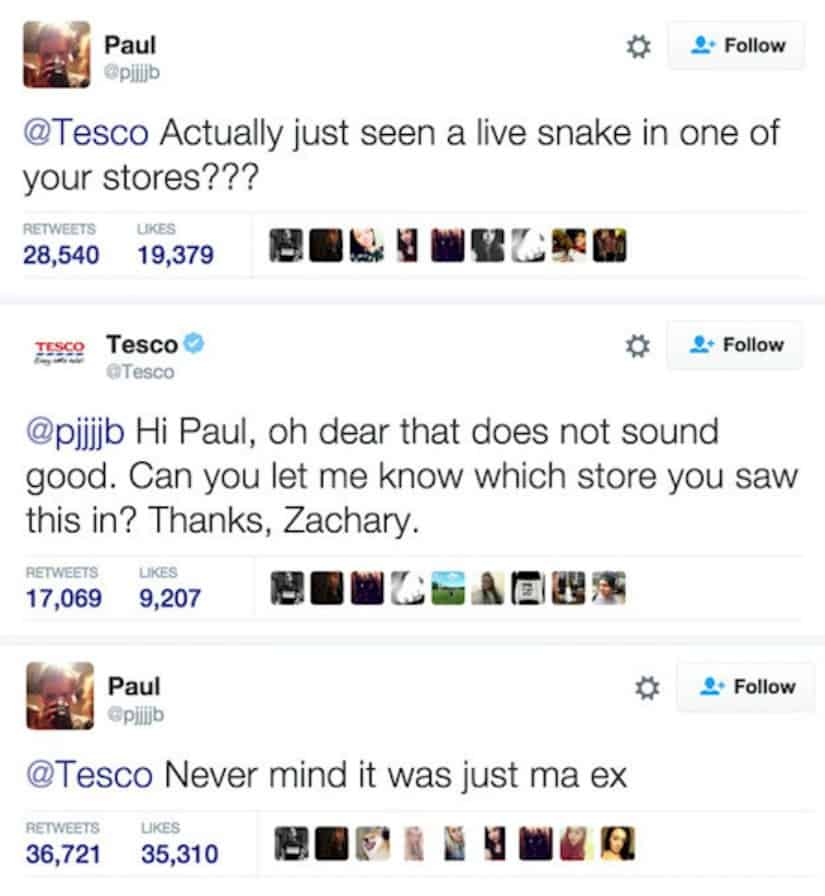 Paul is also trying to be quite hilarious. We just hope that Tesco’s employee managed to laugh a bit. 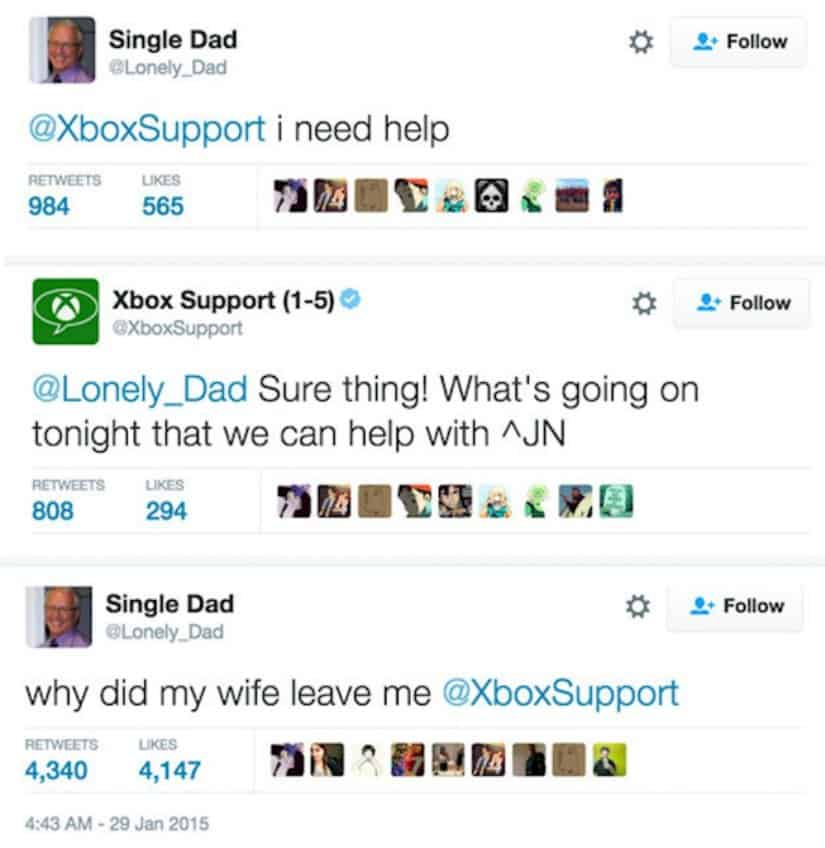 Lonely Dad sure is lonely, asking Xbox support questions only a true best friend can answer! 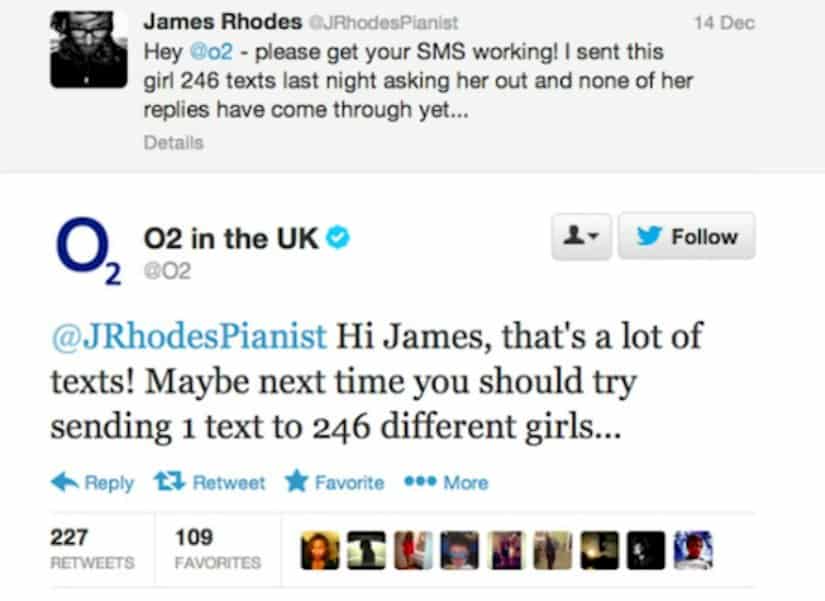 James should certainly go and take a cold shower, but even that won’t heal the burn left to him by O2. 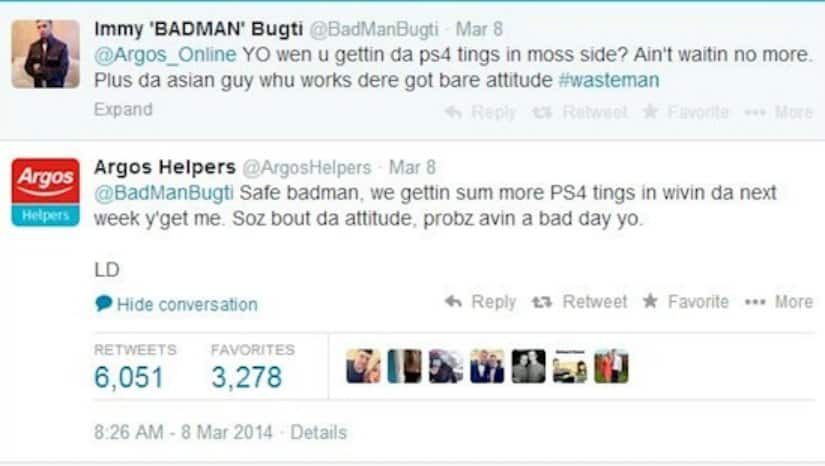 Good Thing ArgosHelpers can talk the language of their cusotmers! 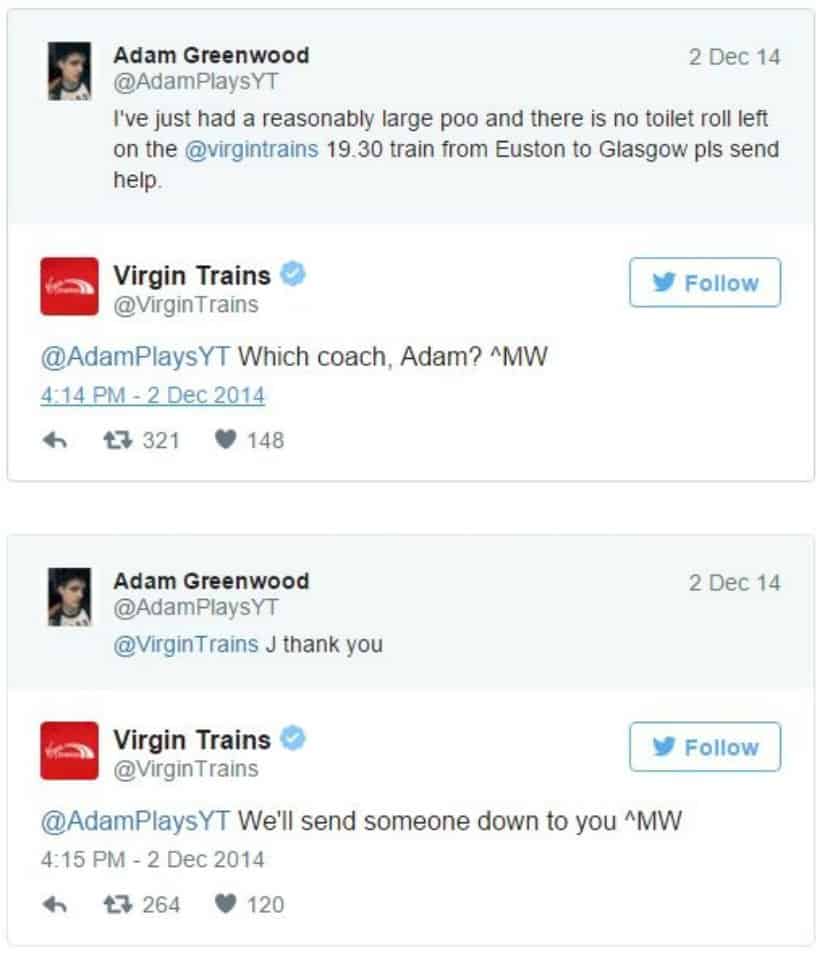 If there is one thing this Tweet proves, it’s that Virgin Trains would always be there for you. 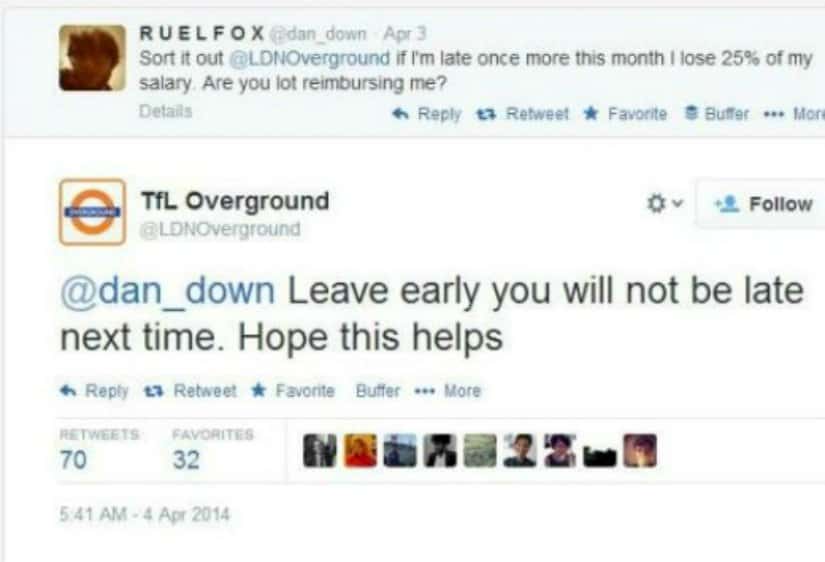 You can’t blame public transport for your lateness to work, especially if you hit the snooze buttone a bit too much. 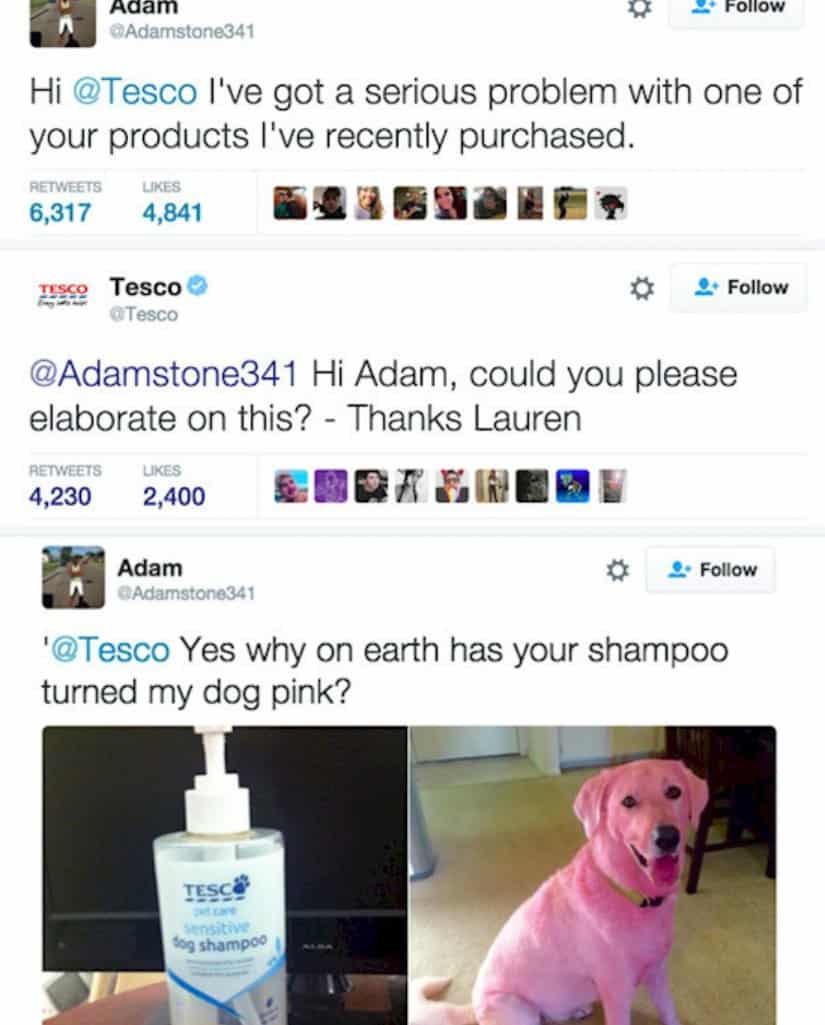 We are not sure whether this customer is joking or not, but this is certainly a nice pink dog! 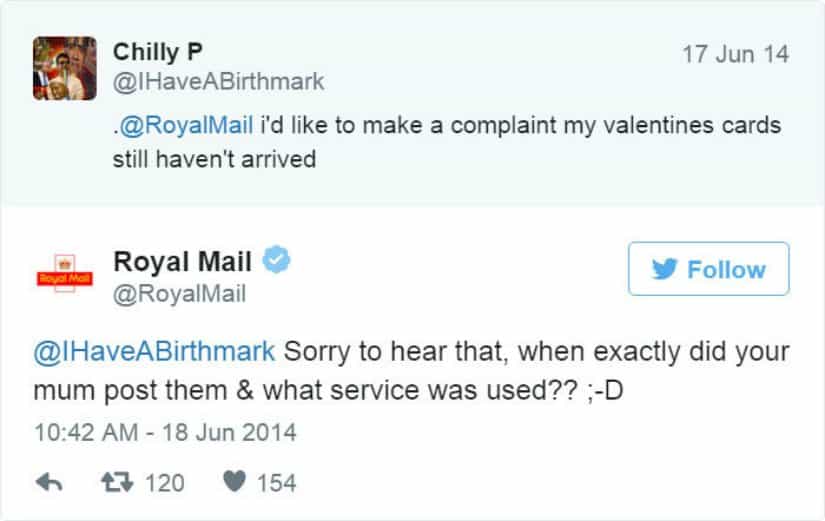 Royal Mail has definitely got a few jokes up its sleeves and envelopes.