10 Creepy Abandoned Places Around The World

Throughout history, we remember some of the strangest and most impressive archaeological finds to have bee unearthed. Tales of the pyramids and the ancient worlds of Greece and Rome abound and often, it can feel like there is no mystery left in the world any more.

It turns out, we’re just getting started. There are dozens of weird finds out there waiting to be discovered and each day, people stumble across places which haven’t been entered for decades. These abandoned places were all but forgotten until someone happened to wander into their walls and trust us when we say that they’re more than a little creepy. 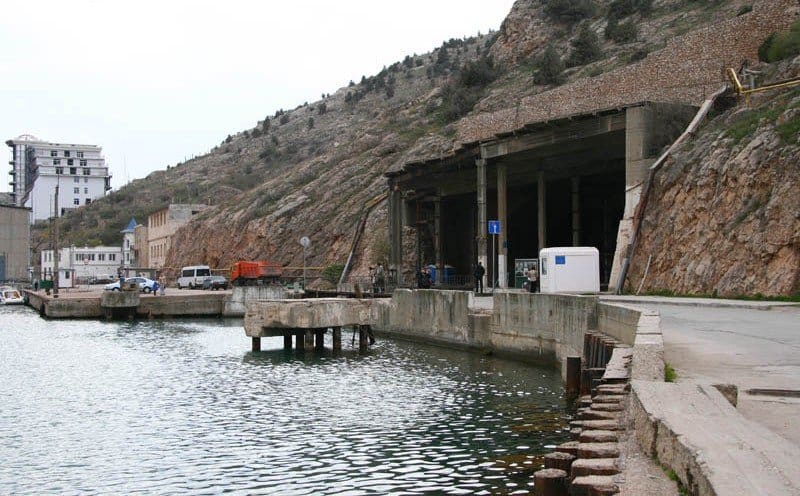 Spoils of the Cold War can be found the world over and if you look a little closer at Eastern Europe and Russia, you might be surprised at what you will find. Balaklava in the Ukraine was once a top secret submarine base, with a huge amount of activity. Built into a cliff face, the now abandoned base once contained deadly warheads and secret submarines.

No Mans Land Fort, The Solent 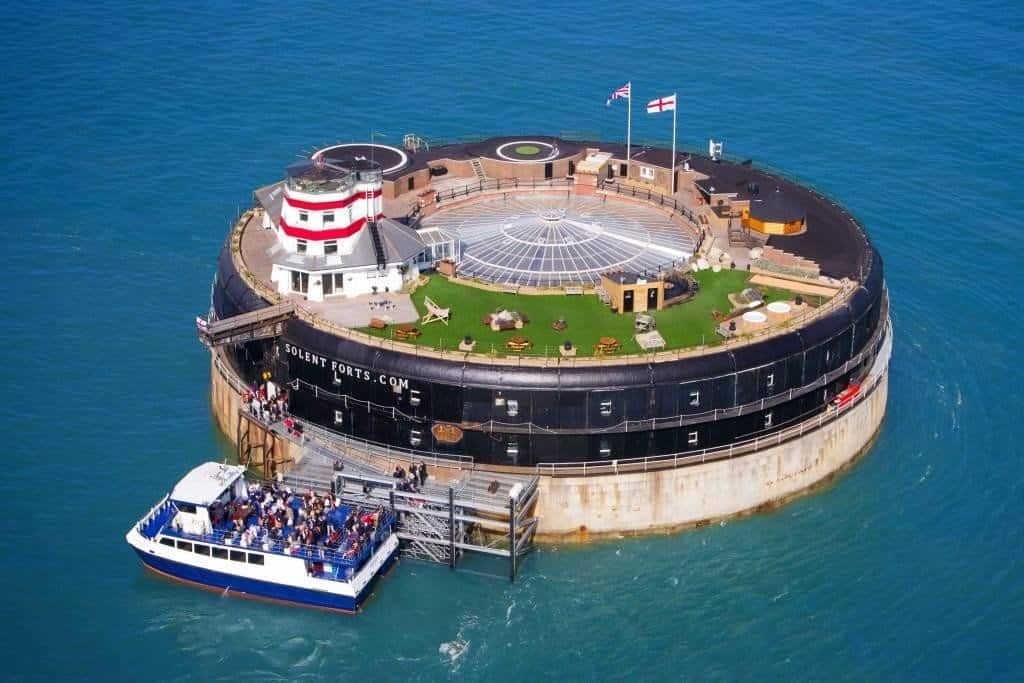 A relic of the Second World War, No Mans Land Fort in offshore England has been left abandoned since 2004. Once used as a mode of protection, the fort was later bought up and converted into a luxury home and hotel venue for the rich. Following a deadly outbreak of Legionnaires’ disease, however, the fort was left abandoned, sitting derelict in the sea. 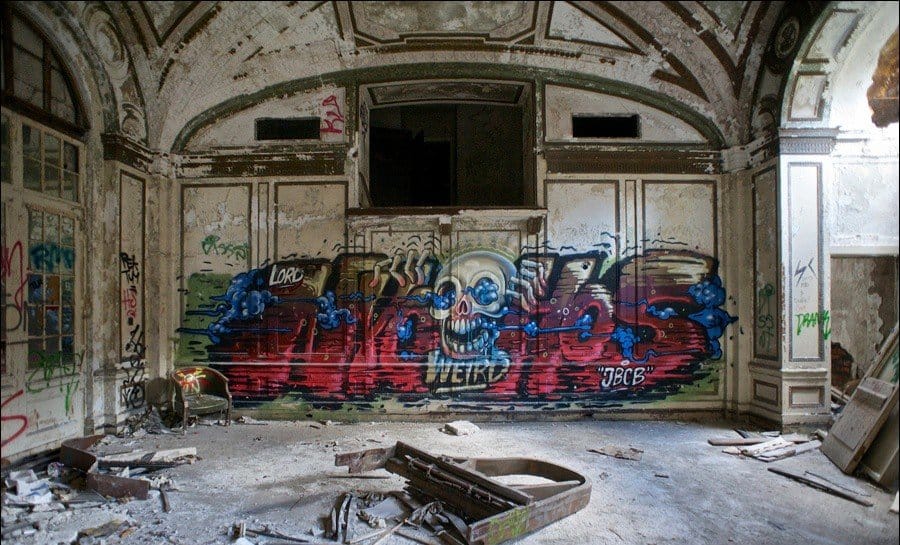 Enter into Detroit and you will find a ghost town. Formerly a thriving urban hub, the East coast city has been all but abandoned, following the decline of its motor industry. Just one of its forgotten monuments is the Lee Plaza Hotel. Once a center for class and culture, the hotel now stands empty and derelict, now a strange shell of its former life. 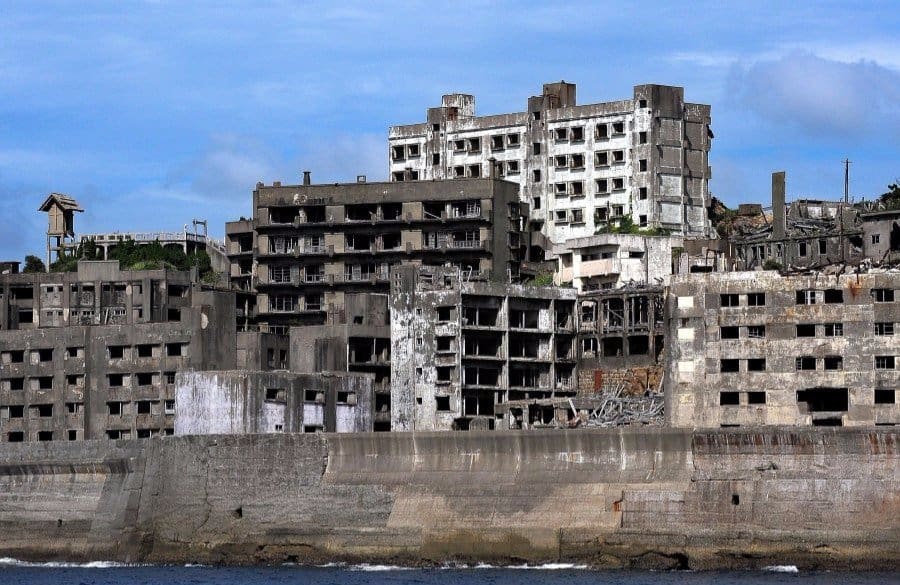 Now a technological leader on the world’s stage, Japan was once a capital for industry and workmanship. Battleship Island is just one relic from its former days, abandoned in the middle of the ocean. Once a fully functioning mining operation, the island has since ceased running, having been abandoned one night in the 1970’s. 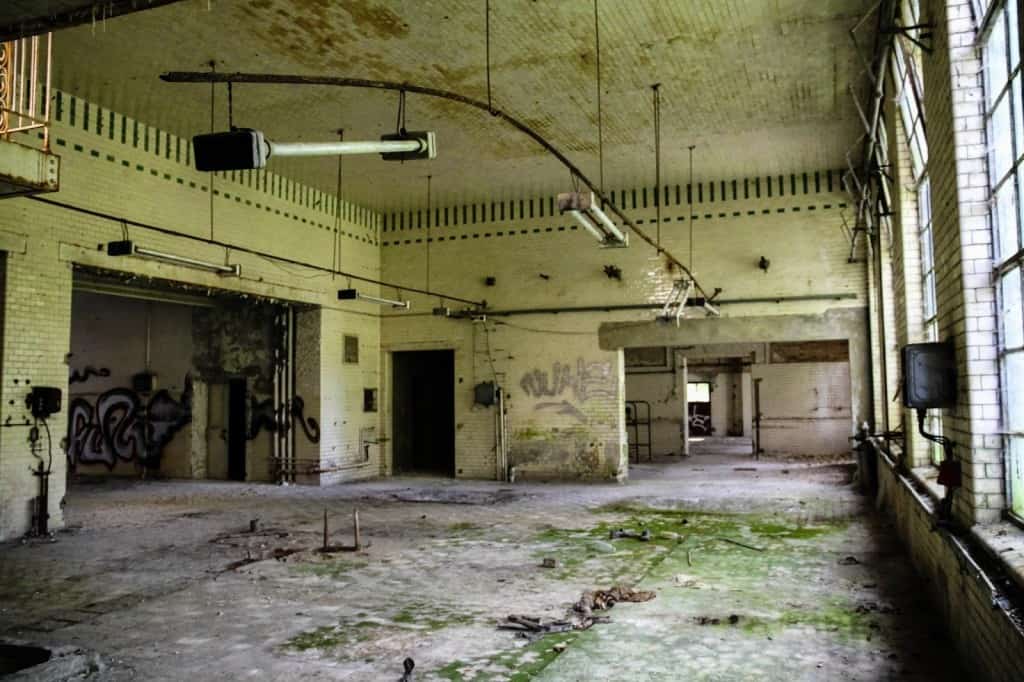 Events during the 20th century were some of the most uprooting in all of history and with world wars, civil conflicts and crises between American and Russia, things got messy. After WWII, Berlin was caught in the middle of the east/west divide and was something of a central point for both parties. The Beelitz Military Hospital served as a base for wounded German and Soviet soldiers at the time but, since the falling of the Berlin wall in 1989, has not been used. 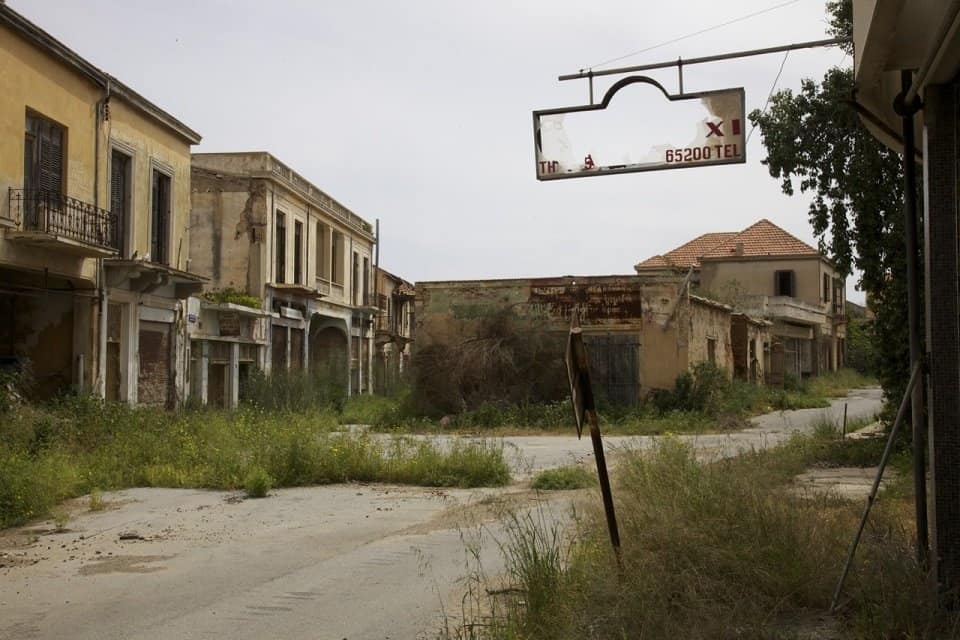 The Varosha quarter of the Cypriot city of Famagusta looks like it has been frozen in time. In the midst of the sudden Turkish invasion of the area, townsfolk fled their homes and possessions, leaving everything behind in their wake. Since then, the quarter has been left uninhabited, and now stands as an eerie monument to that strange day in the ’70s. 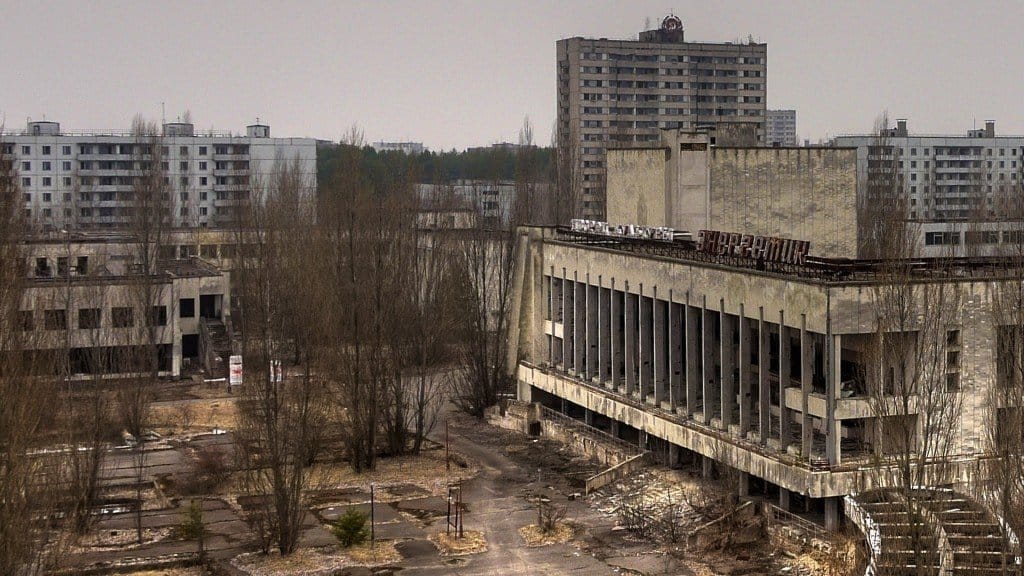 The nuclear disaster in Ukraine has gone down in history as one of the most severe of its kind. In 1986, Chernobyl’s entire population fled the city after a nuclear disaster spread toxic radiation around the vicinity. Almost 20 years later, the place is still a ghost town, with rusting ferris wheels and amusement parks going to abandon, waiting to be used again. 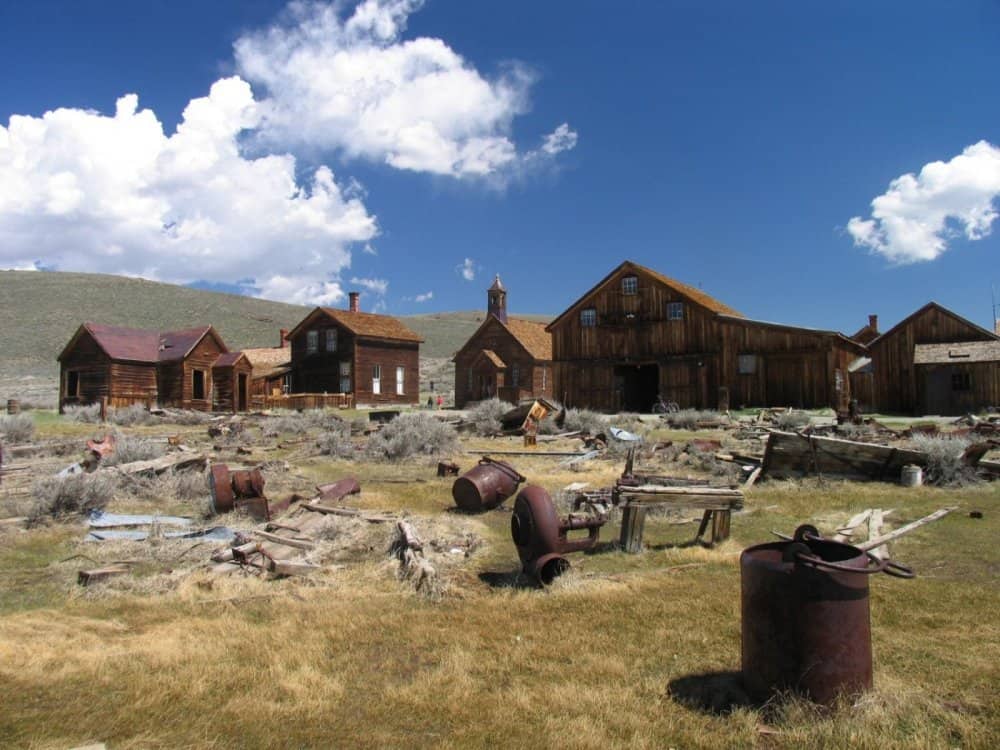 America might be at the height of many global industries right now, but look a little closer into its states and you will find remnants of humbler days. The tiny town of Bodie in California has barely changed since the mining boom of the early 1800’s, where it was a thriving hub. During the gold strikes later in the century, however, people left the town for pastures and ever since, it has been left abandoned. 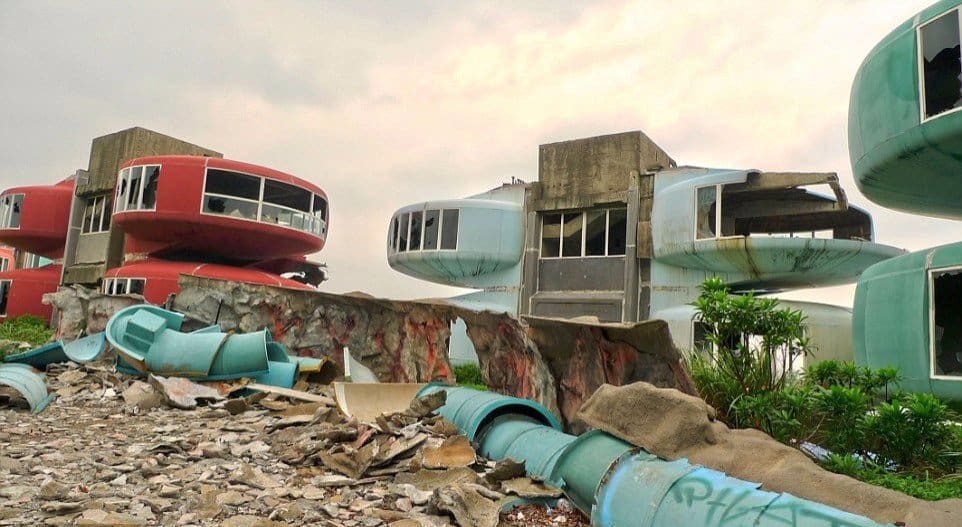 Whilst we might not believe it, ruined cities stand the world over, frozen in time. Just one of a series of abandoned towns is San Zhi city in Taiwan, once a state of the art vacation resort. Just two years after completion, the site hit major financial difficulties and has since shut down. Spookier still, the city is said to be incredibly haunted, housing the spirits of workers who were killed in the construction process. 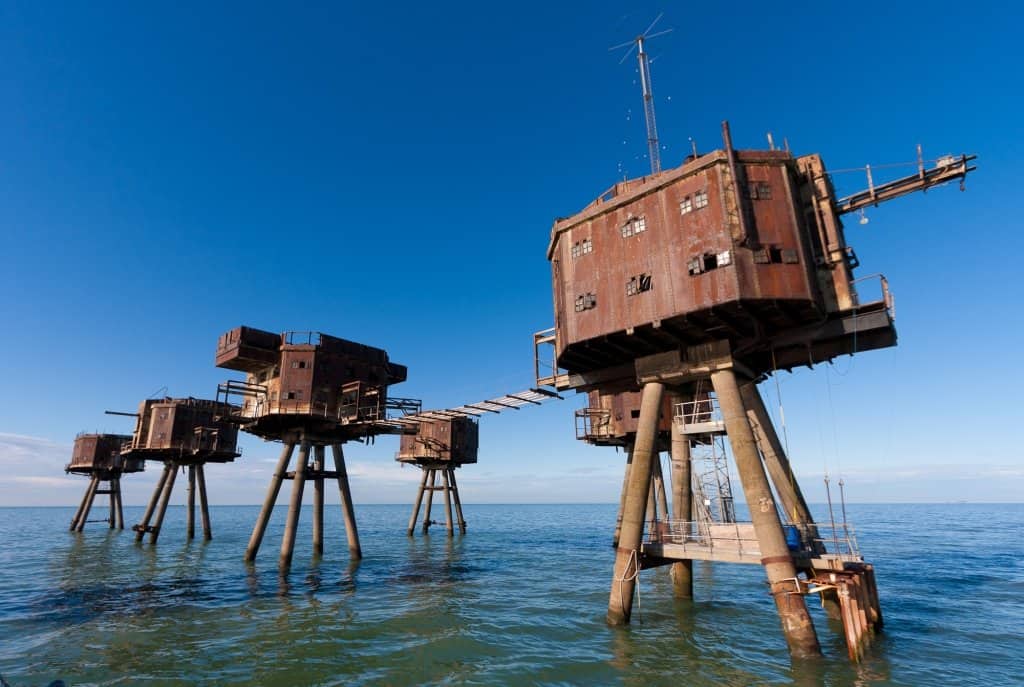 Whilst the Second World War might feel like a long time ago, there are still traces left all over the world. Just one of the war’s destructive effects can be found in the abandoned Maunsell Sea Forts, in the British Thames Estuary. Once used for protection against aircraft fire, the towers currently have no modern use, and since the end of the war, have been left to rot in the water.