We might be one of the few conscious being on this planet, but that does not mean we do not have to consider the repercussions of our actions on other members of our ecosystem. The only way that our species can sustain itself over the next hundred years is by co-operating with our fellow living beings and ensuring their survival is just as much of a priority as our own. As we continue to encroach on territory that is not our own, just for the sake of development, it is important to preserve the lives that we have clearly disturbed. Wildlife crossings can be seen in many parts of the world, making it abundantly clear that the lives of human beings and animals are forever entwined from this point on. Here is a list of 10 amazing wildlife crossings from around the world. 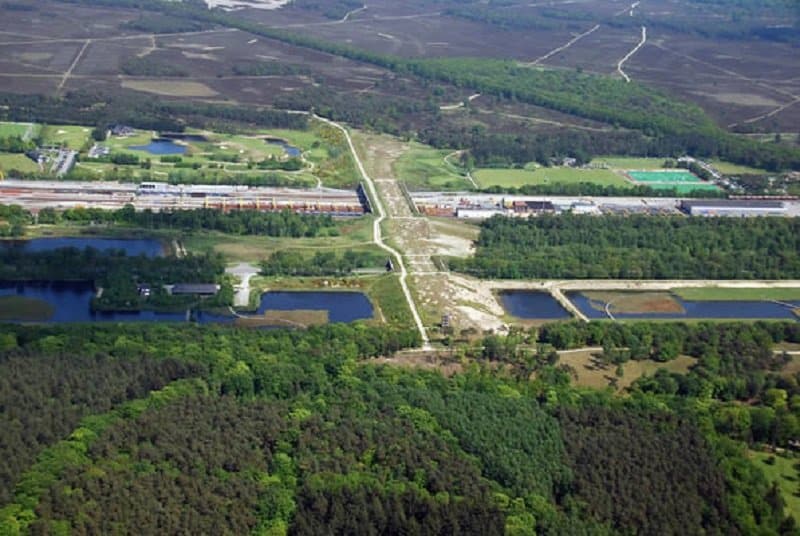 The Netherlands is a country that is known for their proactive behavior and this stands true even in the case of wildlife crossings. The have built over 600 crossings across the country so far, and this even includes the longest wildlife overpass in the world. It is 50 meters wide and 800 meters long, spanning across business parks, rivers, roadways and sports complexes. 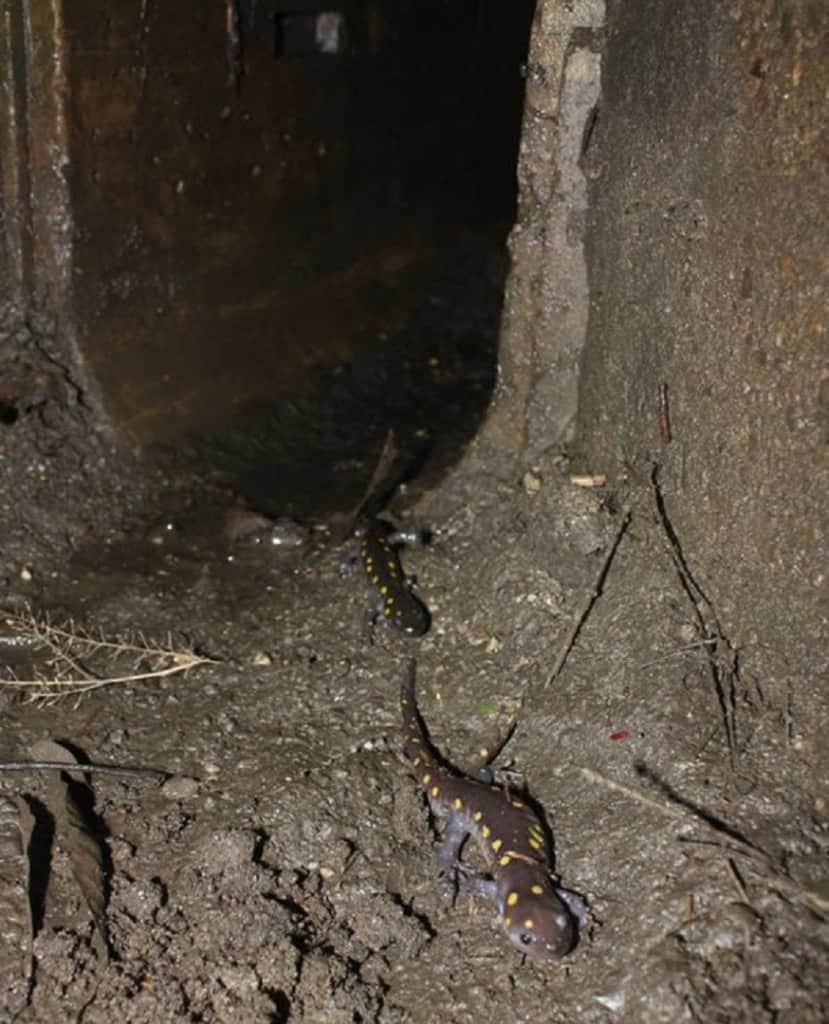 Henry Street, a normal looking part of Massachusetts, experiences a very peculiar problem when the temperature rises above 40 degrees. The region sees a large number of salamanders emerge from the ground and inhabit the streets, which is why the city had to build a special tunnel to tackle the problem. This underpass allows salamanders to move freely to areas of food and water, without disrupting the lives of the people living above the tunnels. 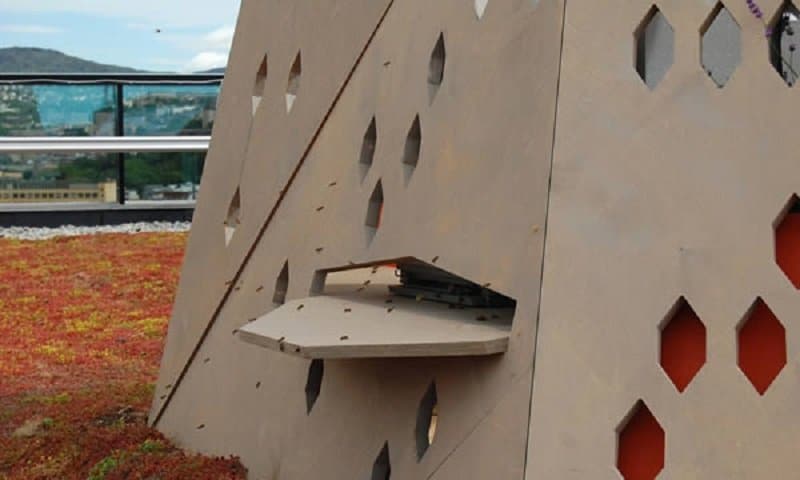 The good people in Oslo, Norway have created a unique ‘bee highway’ in order to protect the bee species in the region that are essential to food production. This narrow highway acts as a safe passage for bees to travel through the city and is the first such network in the world. 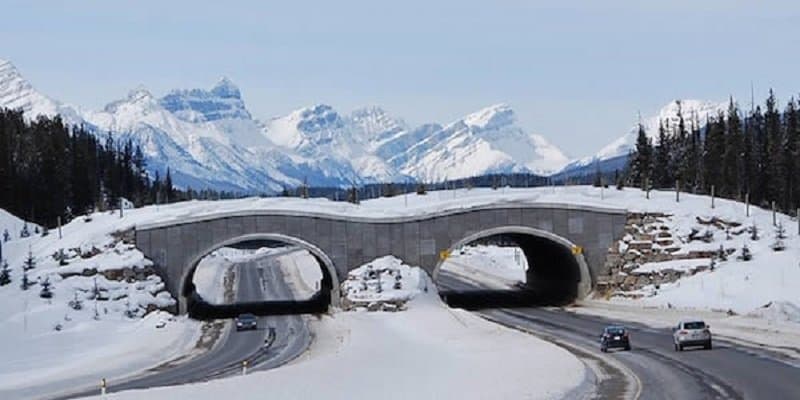 The Banff National Park has experienced a lot of problems in the past because the Trans-Canada highway cuts through the park. A lot of bears, elk, moose and other mammals can be regularly spotted trying to make their way across the highway. The officials of the park decided to build six overpasses and 38 underpasses in order to help animals cross over more freely. 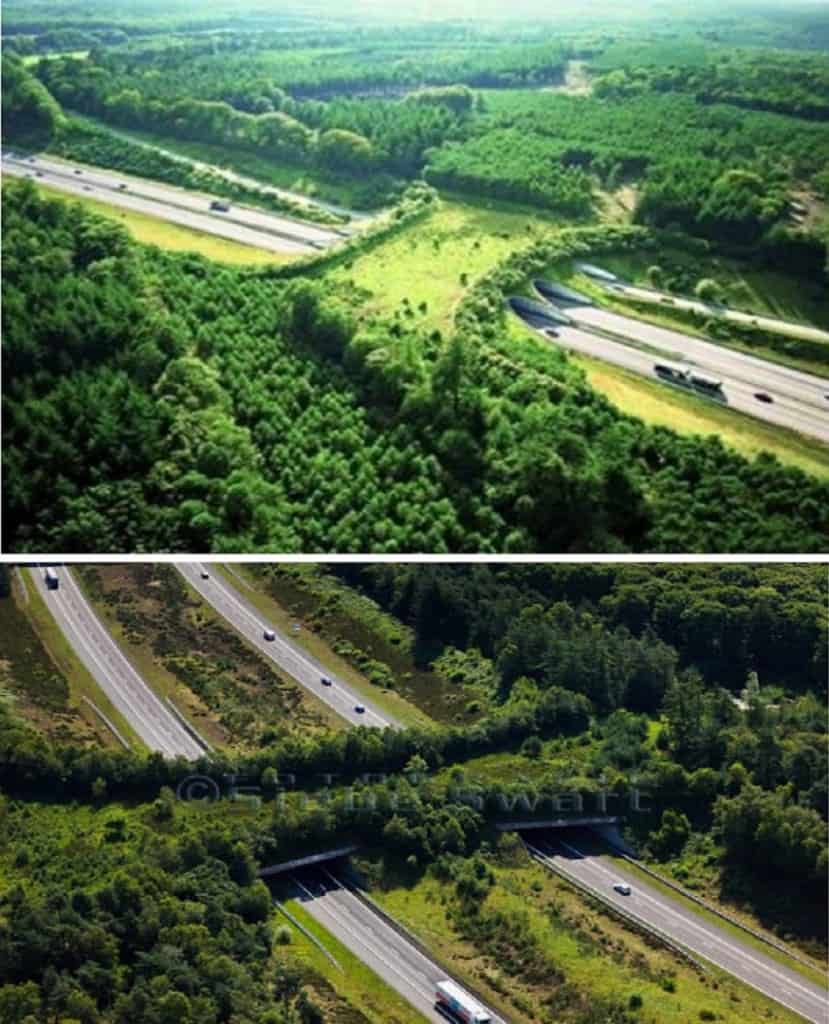 This beautiful, almost other-worldly wildlife crossing, is a part of the many overpasses built specially for animals in Netherlands. The Ecoduct De Woeste, however is perhaps the most beautiful crossing out of the 600 others seen in the country. 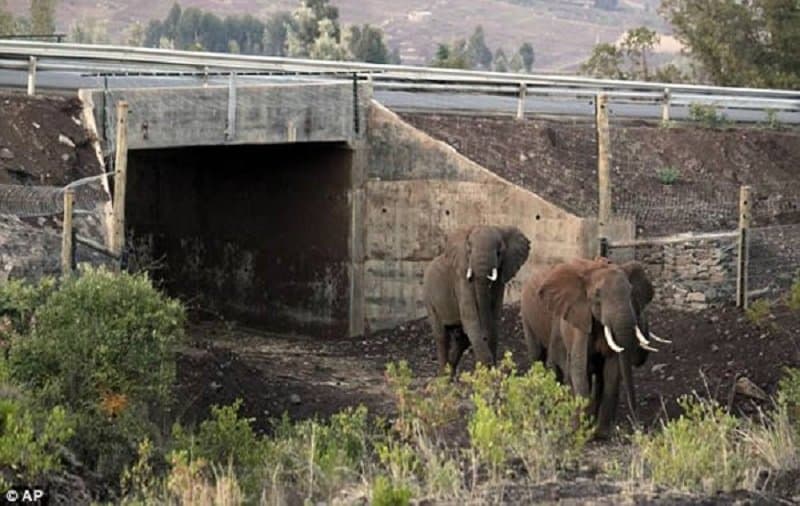 Making way for animals as large as elephants requires a special kind of crossing. This is why this underpass was specially built for elephants near Mount Kenya, Kenya. 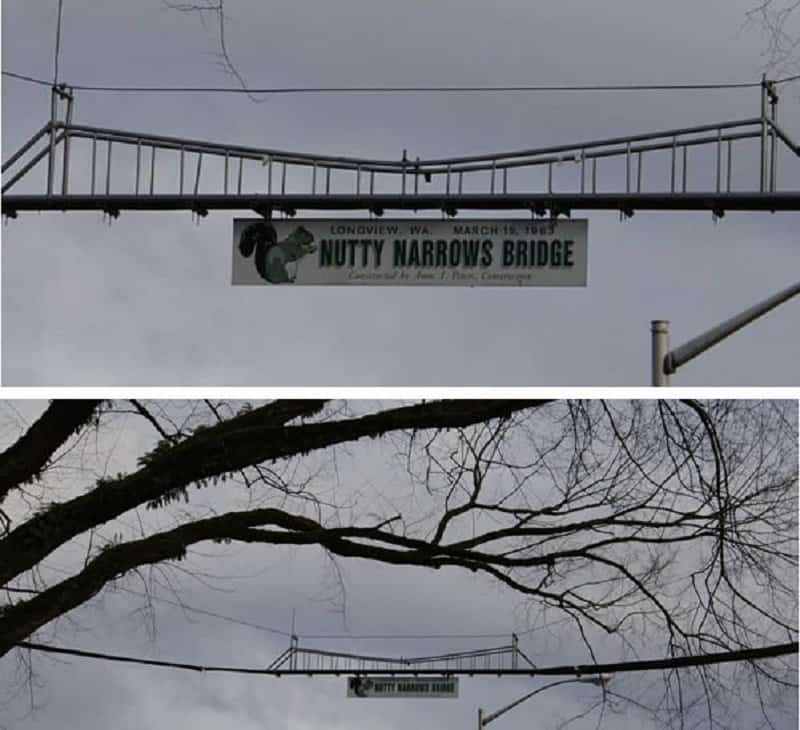 This bridge has been appropriately named the Nutty Narrows Bridge. It can be seen in Longview, Washington, and has the unique distinction of being the ‘World’s narrowest bridge’. It is also the ‘World’s narrowest animal crossing’, and is a great initiative to preserve the interests of our favorite furry creature. 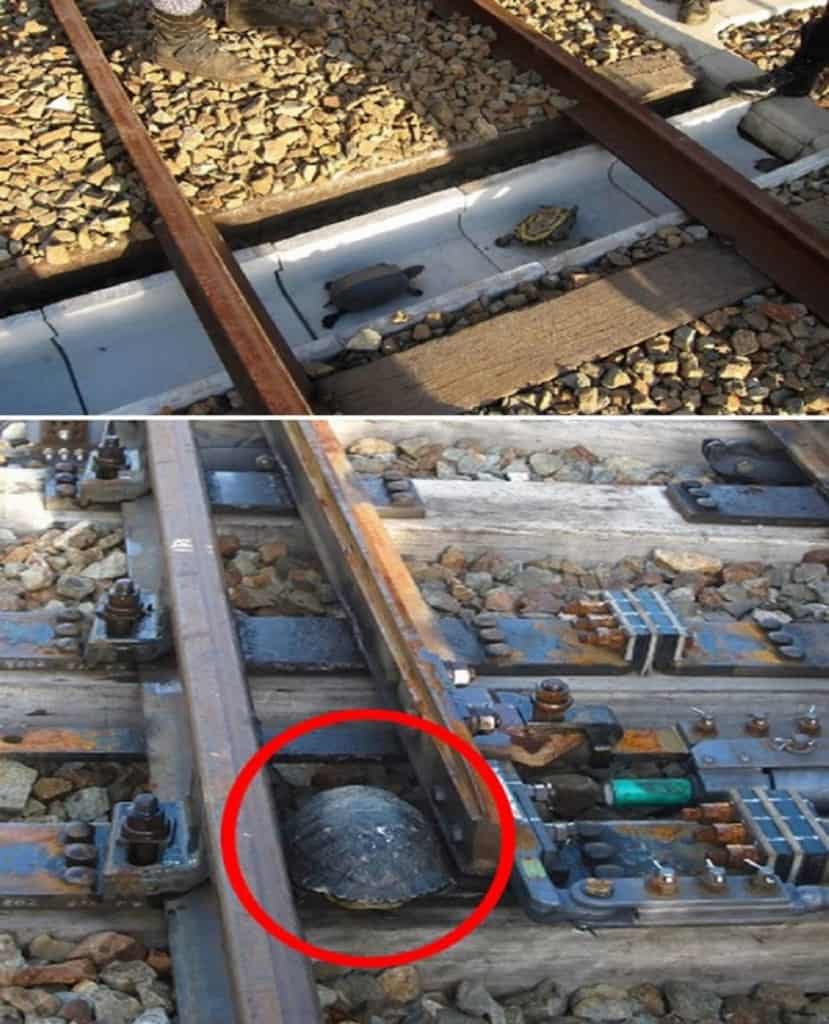 The administration of the Japanese railways decided to create a special tunnel for turtles who were trying to cross the railway lines in West Japan. They created this tunnel in partnership with Suma Aqualife Park in Kobe. 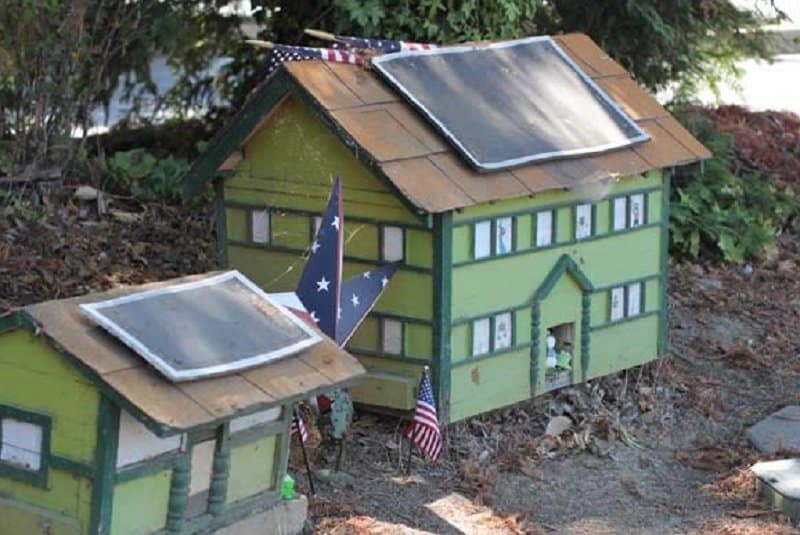 A special tunnel was constructed in Pole Line Road in order to help toads cross the street with greater ease. This tunnel cost 14,000 dollars and was finished in 1995. It It is only six-inches in width, and is in the shape of a post office to give it a whimsical touch. 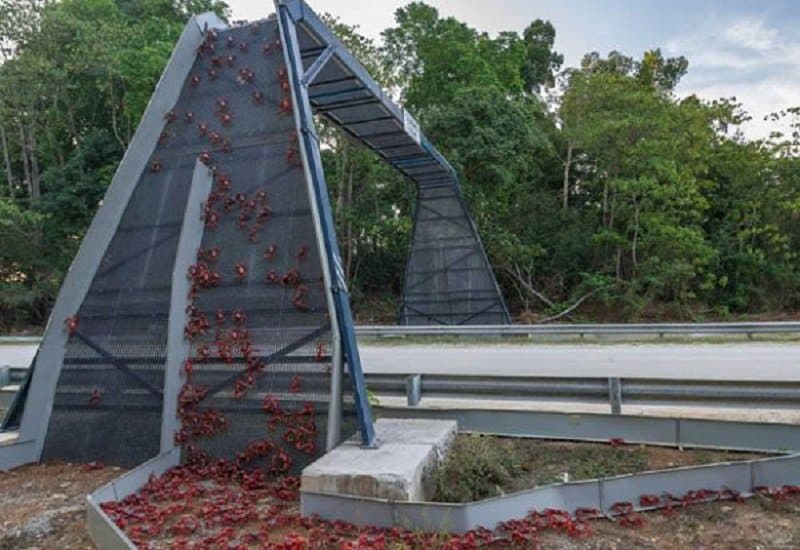 The Christmas Island in the South Pacific is a hotspot for red crab migration. These crabs spend a majority of their time in forests, but have to venture into the sea to breed. The people of the island build these crabs their very own bridge in order to help them make the journey safely.