If you’ve ever tried to cultivate the luscious locks of a full grown beard, a pair of strapping sideburns of just fancied yourself the creative genius of one of the quirkiest mustaches out there, then chances are you were front and center at the 2014 Just for Men World Beard Championships held in Oregon October 25 in downtown Portland this past weekend. Full credit to photographer Greg Anderson and his Beard & Stache project

In honor of the month of Movember here are the top 10 beards an mustaches you wish you had: 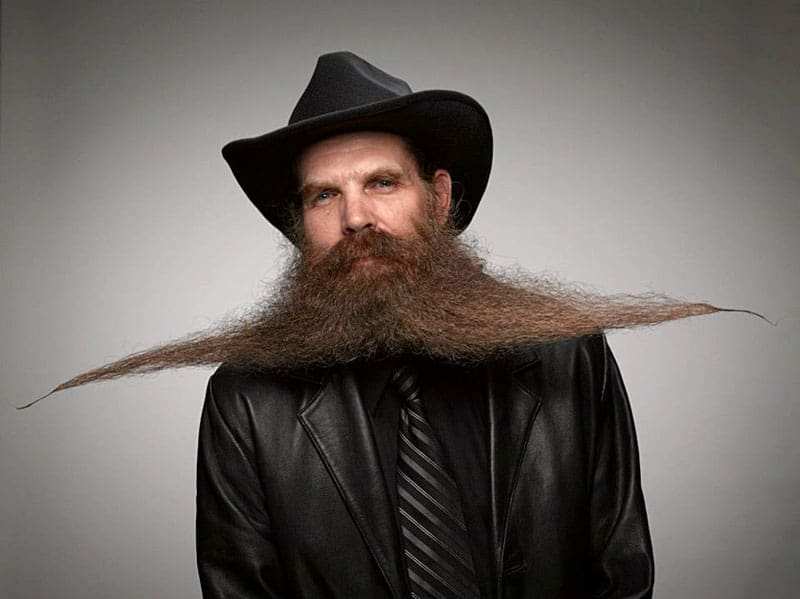 I like this one because it’s simple yet elegant. What mystical power is keeping the two ends of the beard apart from each other, and what is he hiding under his hat? 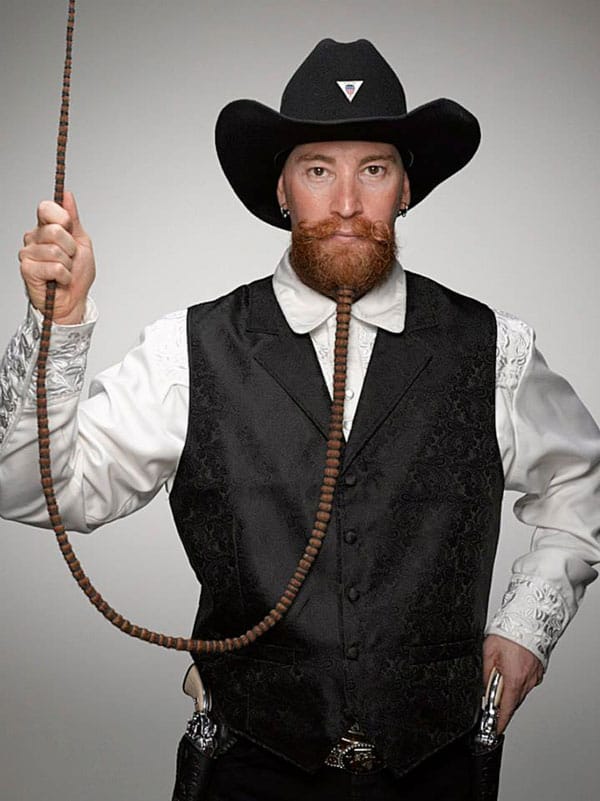 The lengths some people will go to for a good beard pun. Whilst the most impressive thing about this beard is surely the length, the fullness and all around beard-iness is lost in the somewhat threatening whip shaped grooming. Like a giant fuse just waiting to be lit.

3. Two For The Price Of One 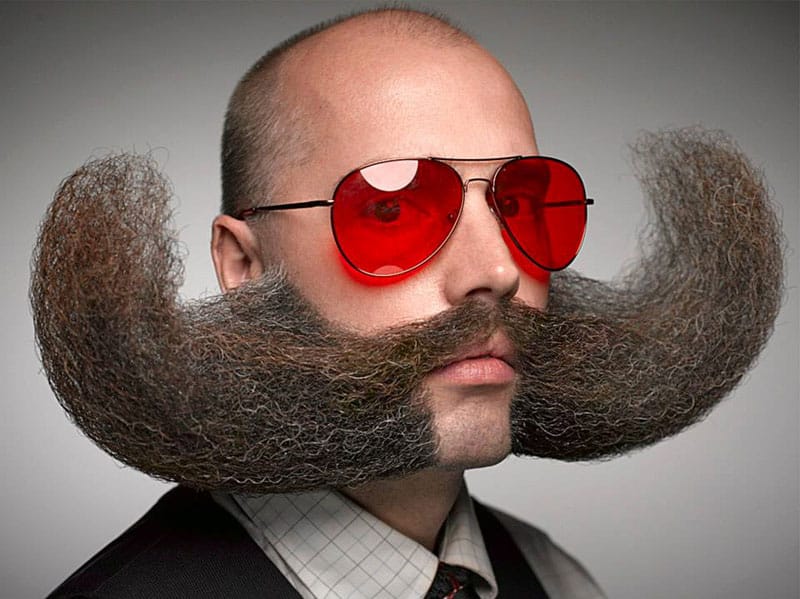 There is not much to say except that, the shape and fullness is near overwhelming. To grow two such immaculate fluffy caterpillars is an act of God Himself. How he maintains the shape, no one will ever know. 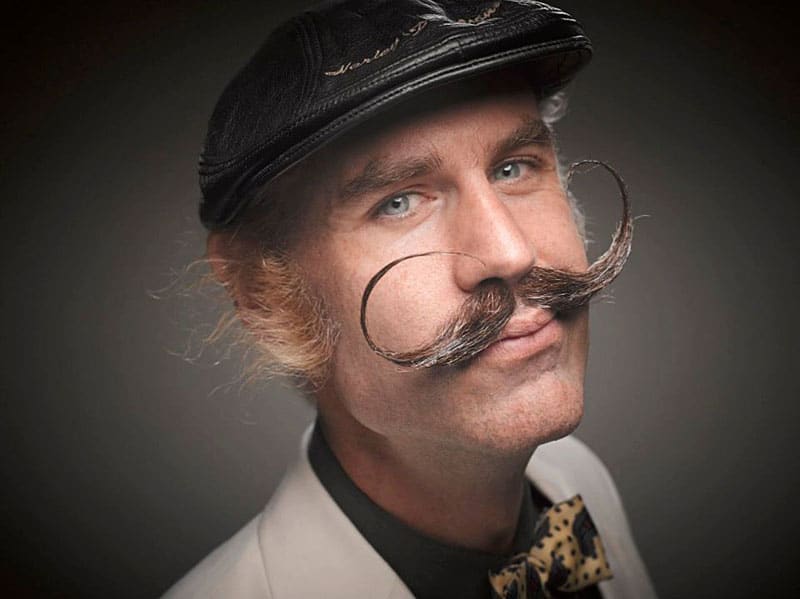 Like an eccentric French man there is nothing nicer than a clean pencil mustache that is all class. It’s almost hypnotic the way they bend back in on themselves. 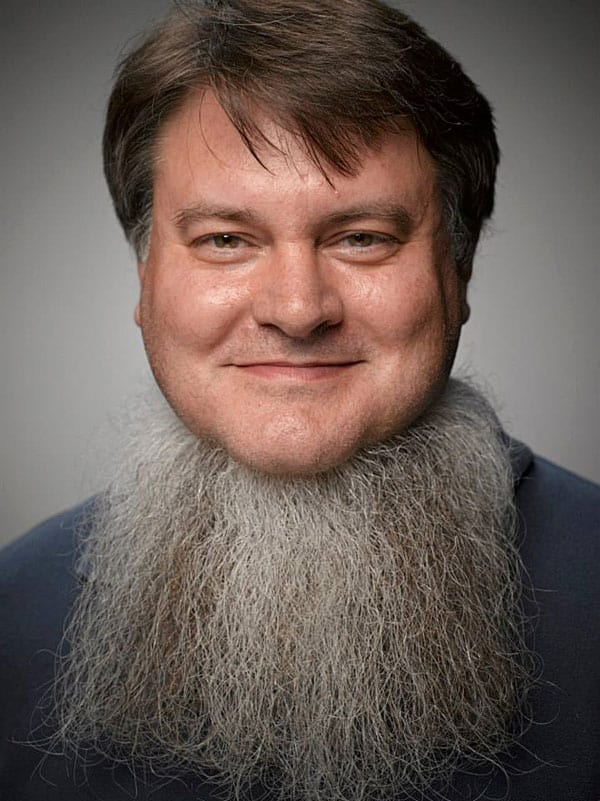 This particular beard just makes me want to put on me robes and churn butter all day. A puritan beard of epic proportions if ever I did see one. It’s like some sort of beard waterfall 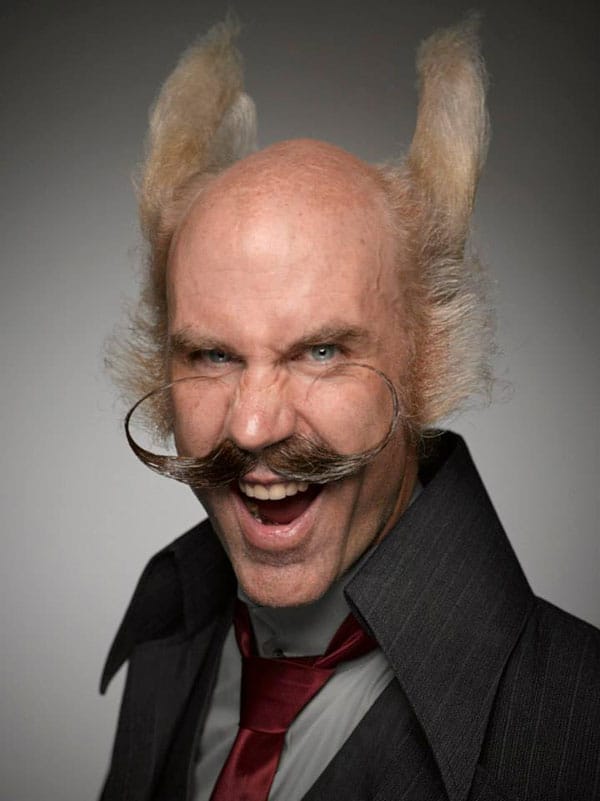 Clearly grooming his mustache wasn’t enough this particular entry is cheating a little by going the extra mile and not only devising a devilishly nice face growth but….what exactly IS the deal with his hair? 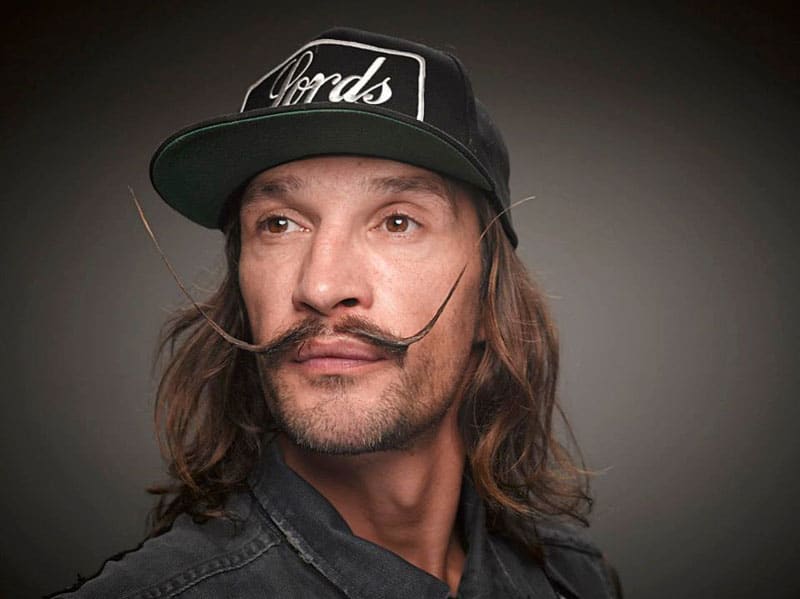 This particular hair extension wouldn’t be nearly as impressive- if it wasn’t for the free flowing mullet that accompanies it. The longing gaze, a hidden thought. Whispering “come hither” and touch my mustache. 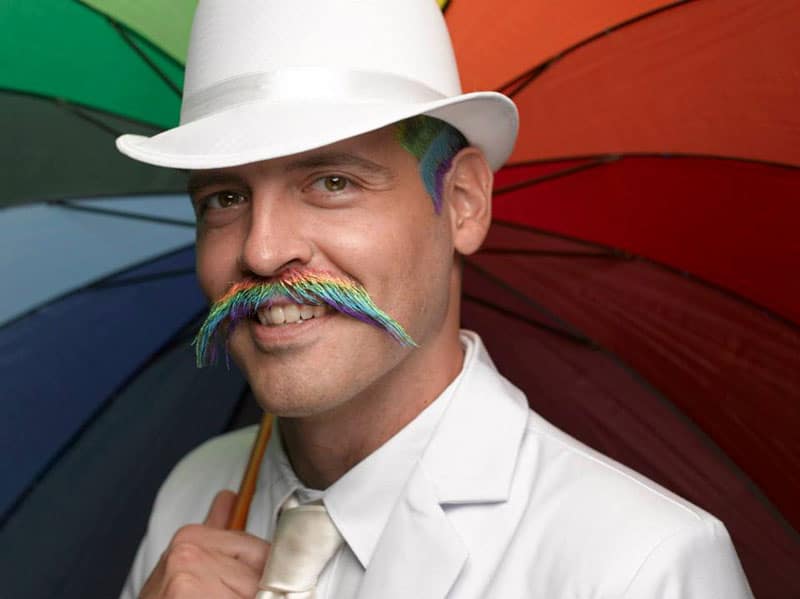 Beards don’t discriminate and neither do mustaches. The magical rainbow of colors going on here are just a wonder to behold. It’s so unnatural and yet, I can’t, look, away! 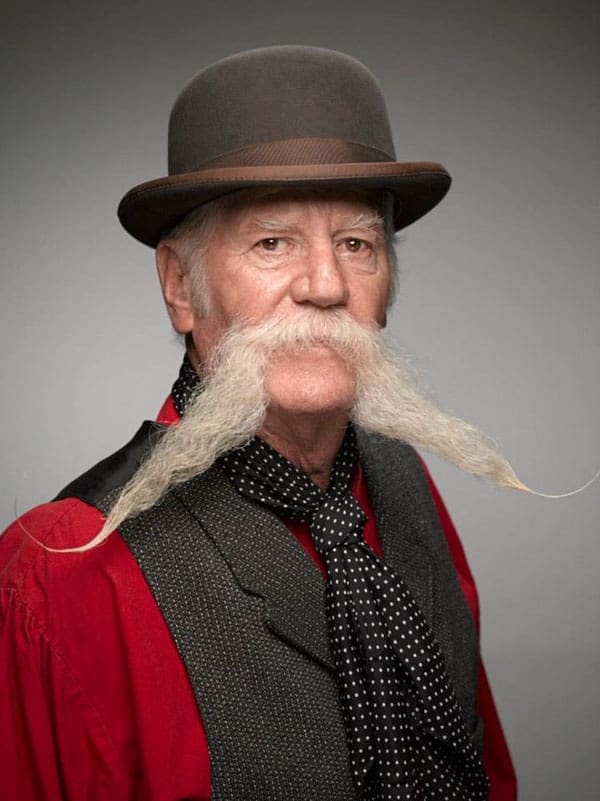 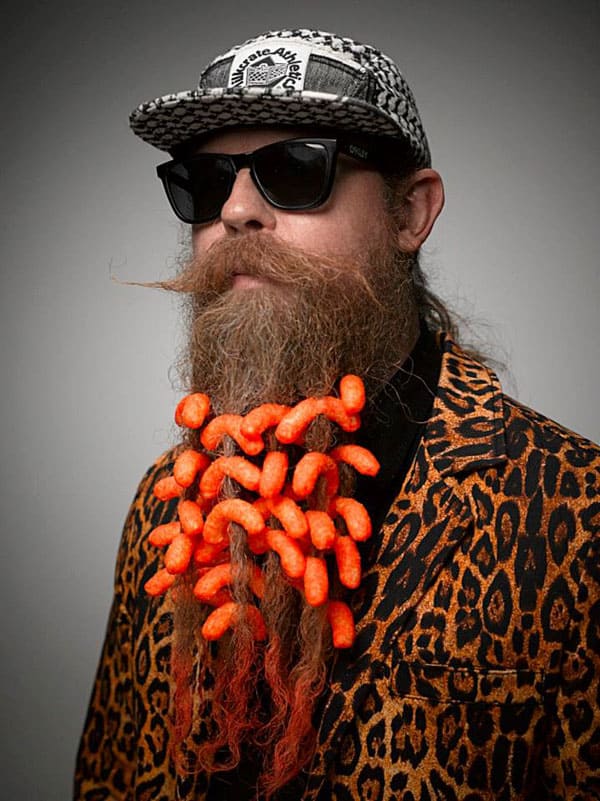 Finally last, but defiantly not least you would think that such beards, of such epic proportions would allow you a certain amount of cred amongst your beard peers. Or at least enough money to buy food. Beard art continues to impress, amaze and, frankly make me very very hungry in 2014

What does the winner of such an illustrious and frankly coveted prize receive? Well, an all expenses trip to next years 2015 competition in Austria of course!