The Shocking Meanings Behind 20 Of The Most Popular Songs Ever

When you are driving on the highway with your windows down and music blaring, the last thing you are probably thinking about is what the song you are listening to actually means. Most of the time, the meaning is pretty clear because pop songs are generally fairly straightforward. However, some songs with seemingly obvious meanings in fact have shocking background stories you won’t believe. Here are 20 of those popular songs that have surprising stories behind them. 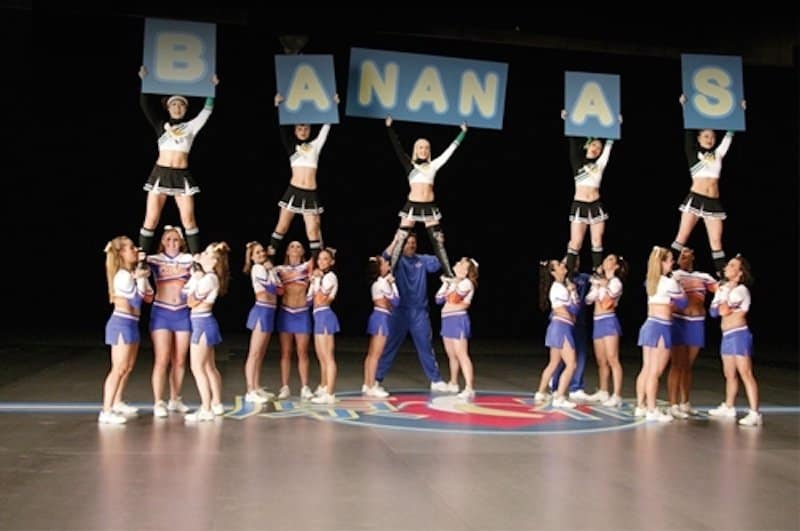 Gwen Stefani’s hit song “Hollaback Girl” is an undeniably catchy tune that incites dancing in all who hear it. It seems like it’s just a fun song, but it was actually written in response to Courtney Love insulting Gwen and calling her a “cheerleader.” 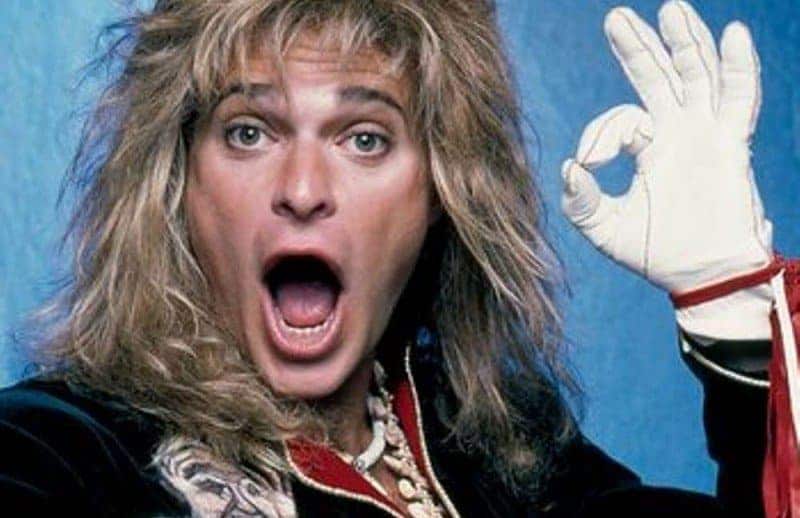 Van Halen’s “Jump” is an iconic song. The song takes on a sad and dark tone when it was revealed David Lee Roth wrote it about a man threatening to jump off of a building during a newscast. Wow! 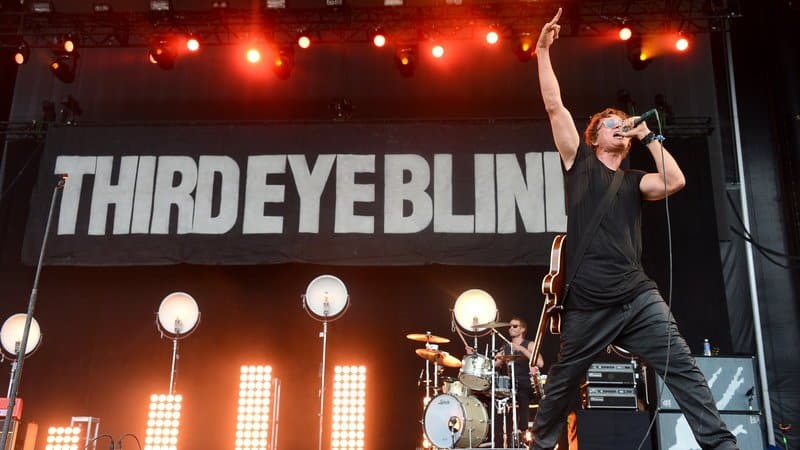 Third Eye Blind scored a massive hit with their single, “Semi-Charmed Life” thanks to its popularity on the radio. However, the radio had to edit out one of the more telling lines about the song’s meaning, so most people don’t know the real lyrics include, “Doing crystal meth will lift you up until you break.”

(You Gotta) Fight For Your Right (To Party) 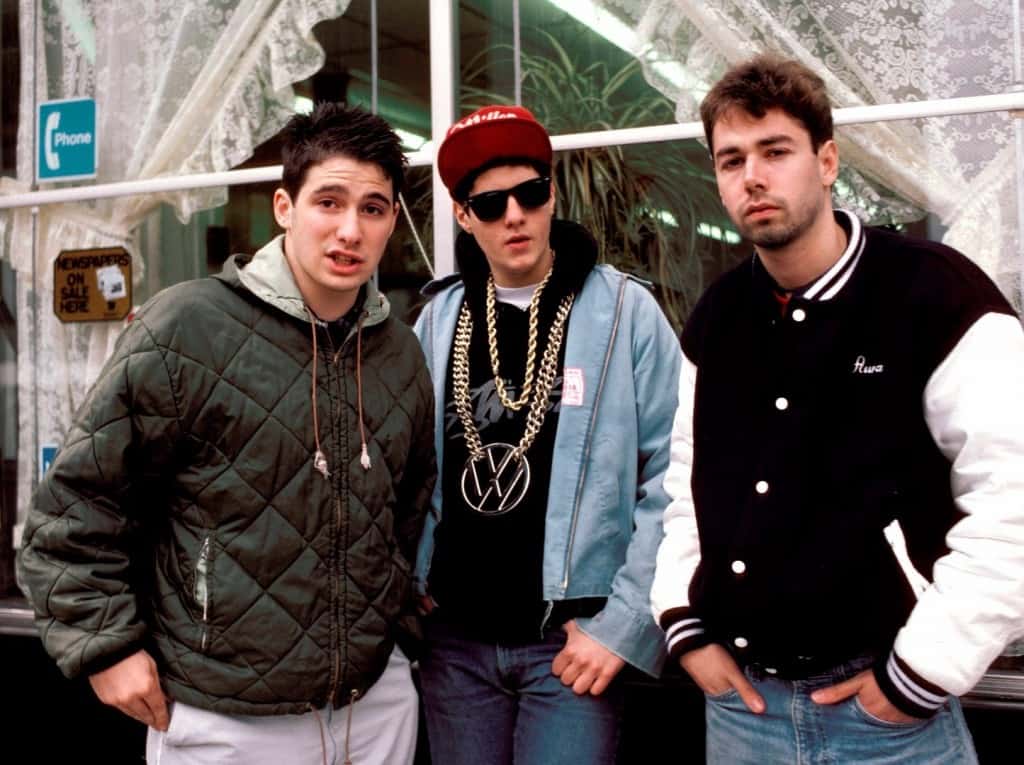 This hit from the Beastie Boys is rather ironic because it was actually written as a parody of party anthems, but it ended up becoming a party anthem itself. Funny how that works! 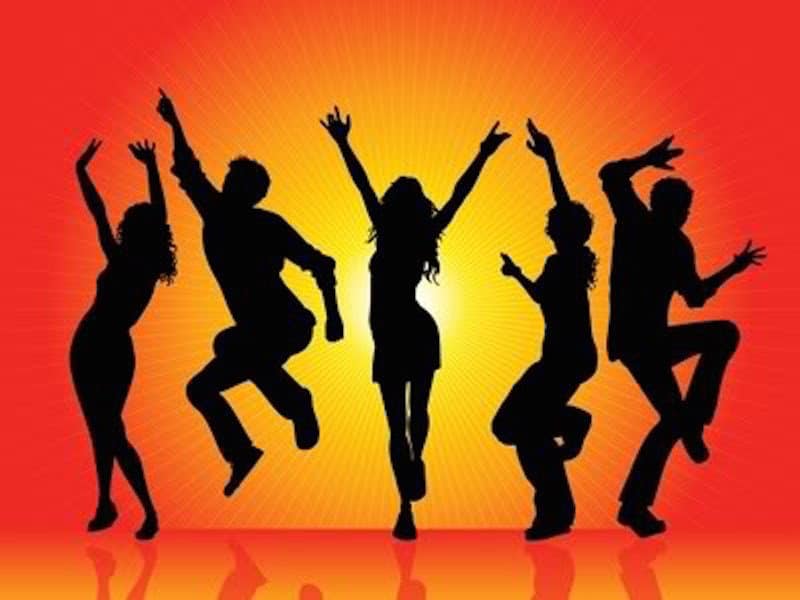 This 80’s hit from “Men in Hats” is still popular today, and was even covered on Glee. The song just sounds like a good song to dance to, but it was actually written about club bouncers who would kick people out for doing a new dance craze called “Pogoing” that they deemed unsafe.

Wish You Were Here 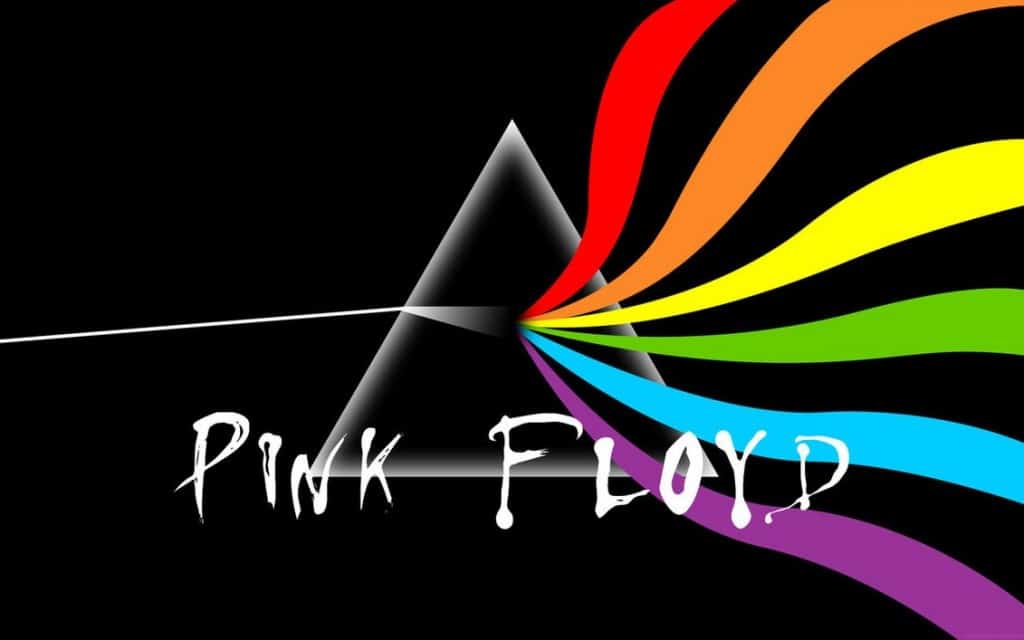 When Pink Floyd released the album “Wish You Were Here” and a single of the same name, listeners thought it was about saying goodbye to the band’s founder, Syd Barrett. But Roger Waters explained it was actually about him wanting to be actively engaged in life and not just a bystander. 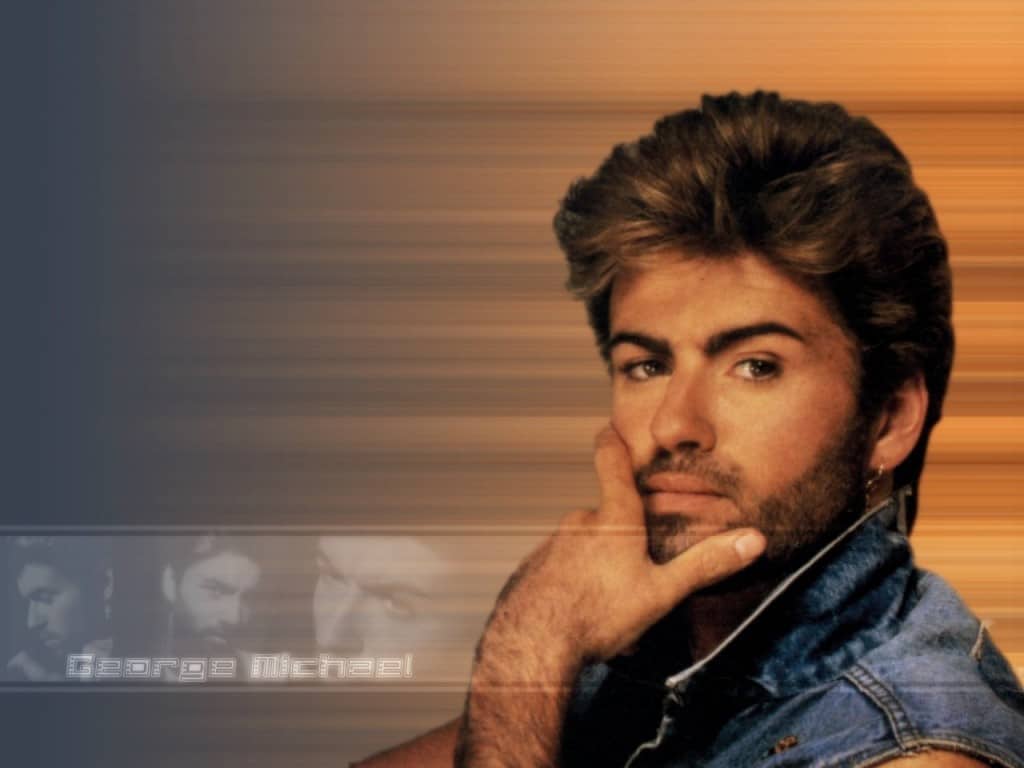 George Michael’s song “Freedom” has been used in commercials, kids movies, and even in Olympic ceremony closings. Funny enough, Michael actually wrote the song to demonstrate his resentment towards the music industry.

Gimme Back My Bullets 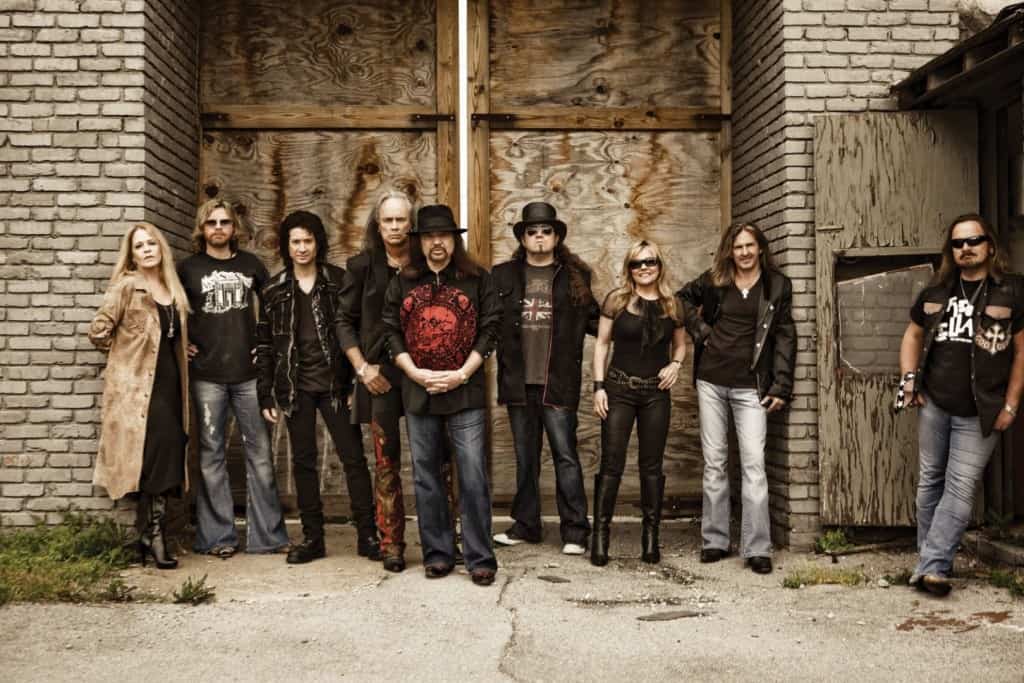 Lynyrd Skynyrd scored massive success with their single, “Sweet Home Alabama” in 1976. Three years later, they were struggling to make another hit and they wrote this song. “Gimme Back My Bullets” isn’t about guns, but rather a reference to the bullet-like symbols used on the Billboard charts, which they wanted to climb. 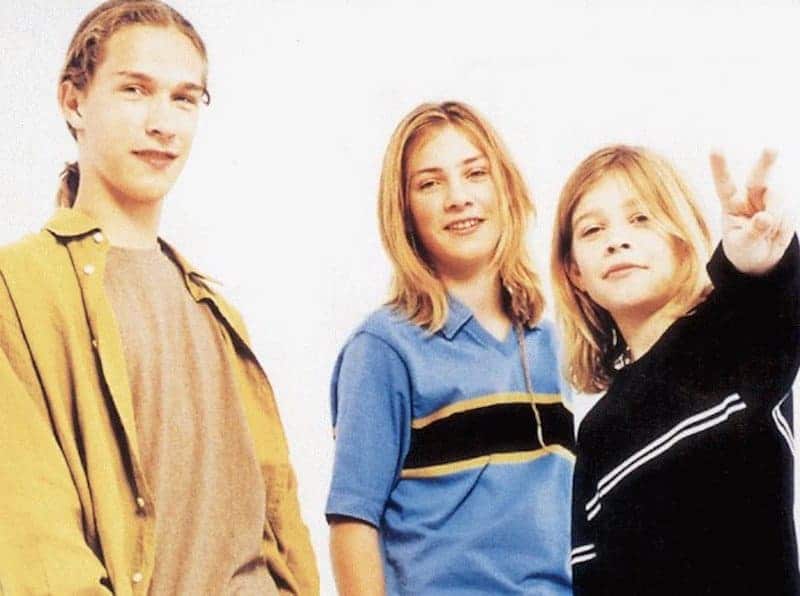 Before the Jonas Brothers, there was Hanson. These three brothers had a hit single with the catchy pop tune, “MMMBop” that really seems to be about nothing. However, band member Zac said the song is actually about “the futility of life.” Bummer! 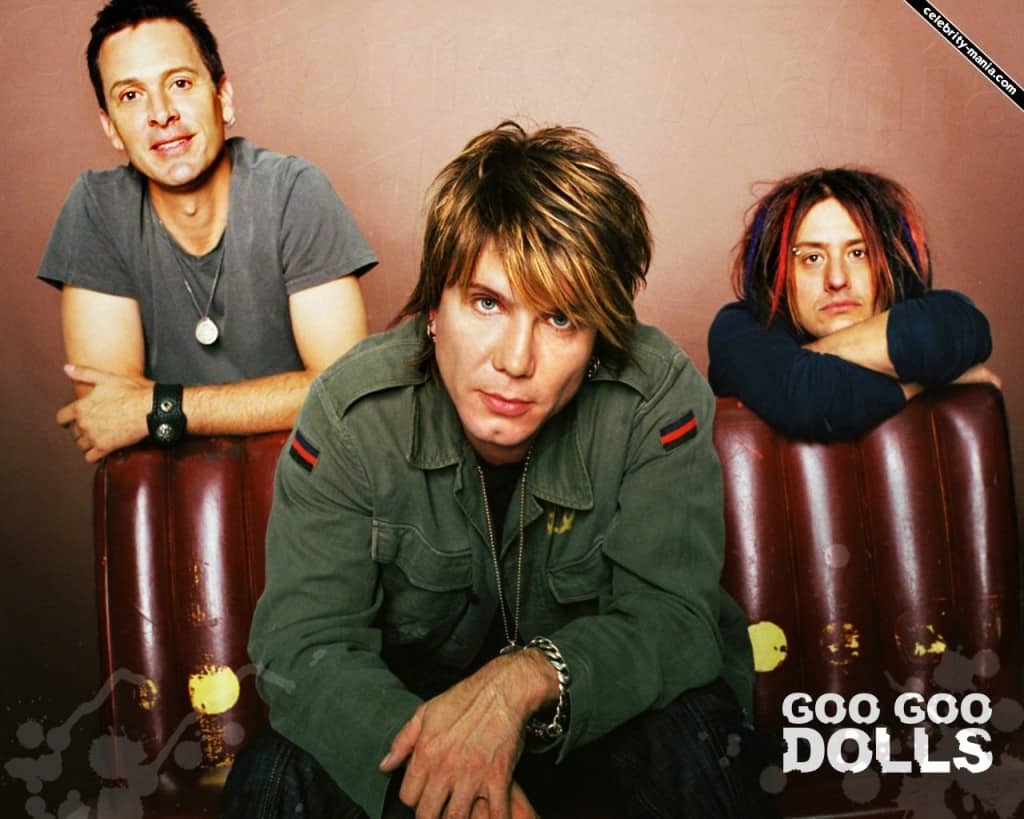 “Slide” by the Goo Goo Dolls was one of the biggest hits of the late 90’s. It seems like a rather innocent song, but it is actually about a teenage girl who gets pregnant and debates abortion and running away and marrying the baby’s father. 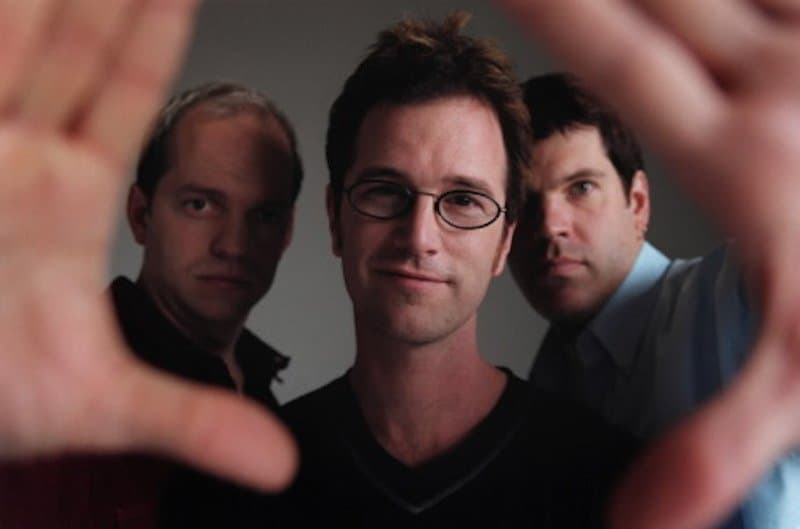 Semisonic really only had one big hit in their time, and that was, “Closing Time,” which you’ll probably notice several bars will play at the end of the night. While most people think the song was written specifically about “closing time,” the band’s frontman, Dan Wilson, explained his wife was pregnant when he wrote it and it was more about the baby bouncing out of the womb, rather than people being bounced from a club.

I Shot The Sheriff 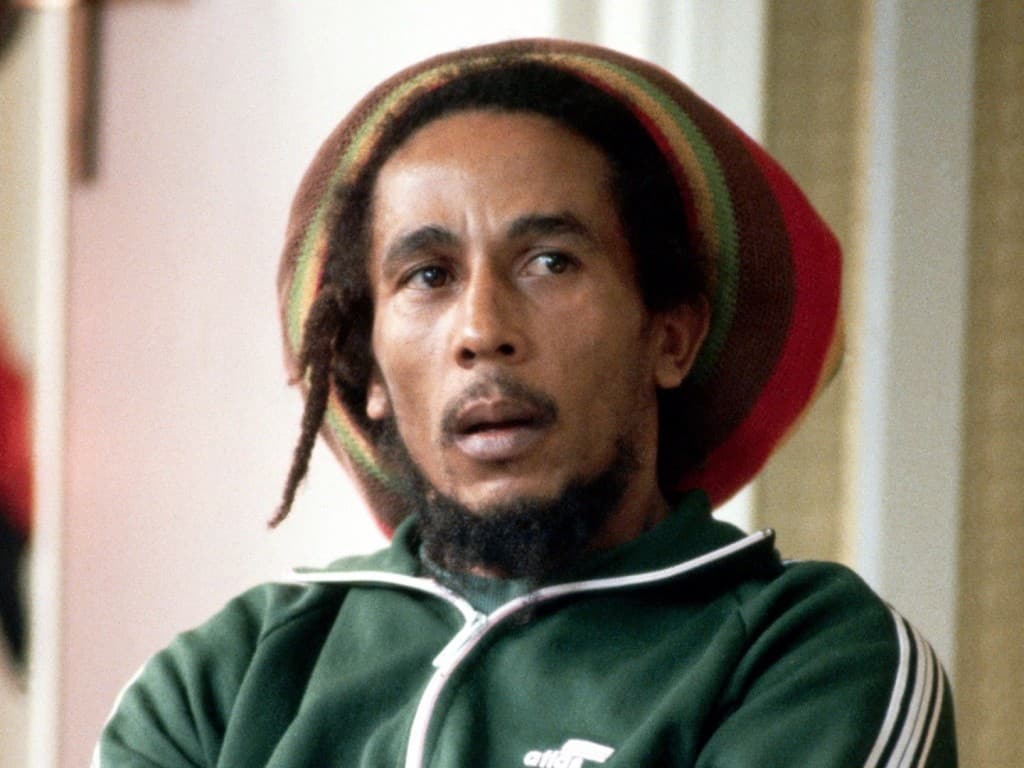 Bob Marley’s classic song has a pretty shocking story behind it. According to Marley’s girlfriend, they often fought about her taking birth control because he didn’t want her to take it. The sheriff Marley refers to is actually the doctor who prescribed his girlfriend with birth control pills.

Born In The USA 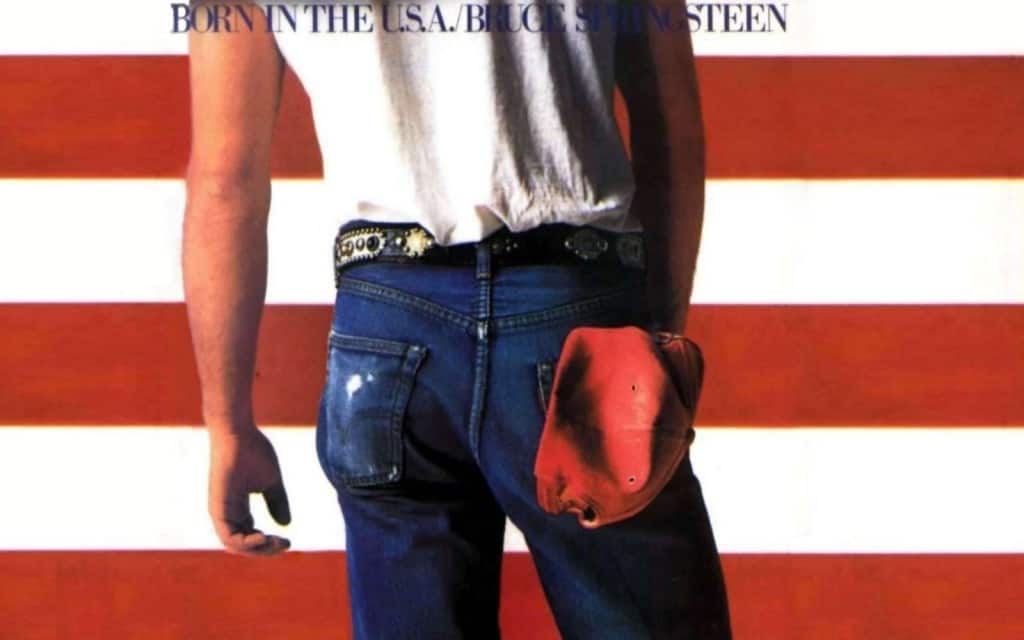 Bruce Springsteen’s classic hit is often thought to be a patriotic anthem for American pride. In reality, the song was meant to cast a shameful glance on American veterans of the Vietnam war being treated poorly, and the song is also said to be the “antithesis of the American dream.”

Good Riddance (Time Of Your Life) 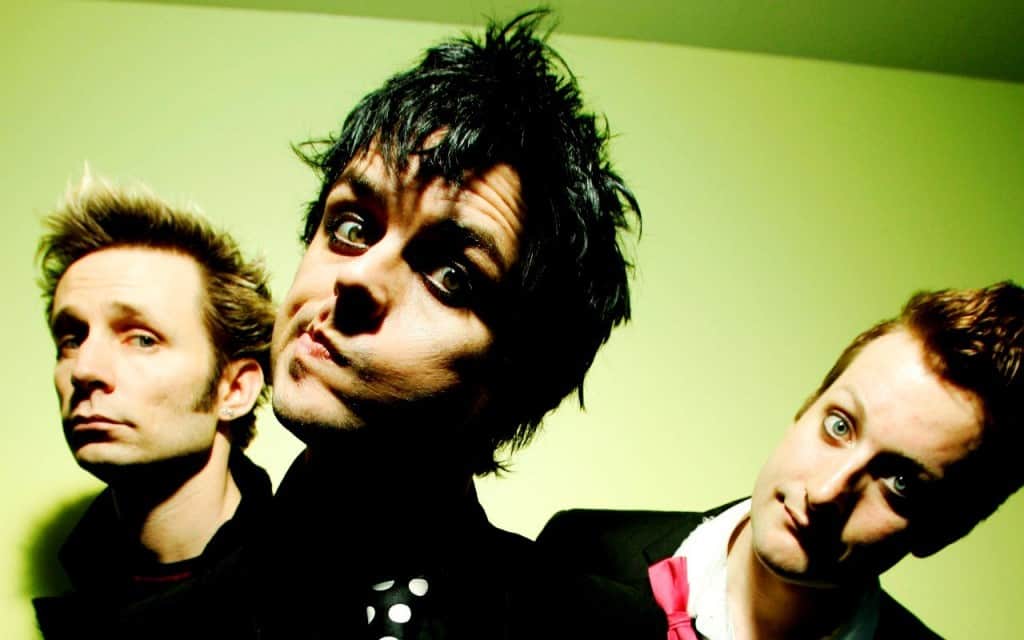 Green Day’s hit song, Good Riddance, is one of the most commonly played songs at graduations or going-away parties, and is usually meant to be a sweet sentiment. Truthfully, frontman Billy Joe Armstrong wrote this song about his bitter sadness over his then-girlfriend leaving for Ecuador, hence where the title “Good Riddance” comes from. 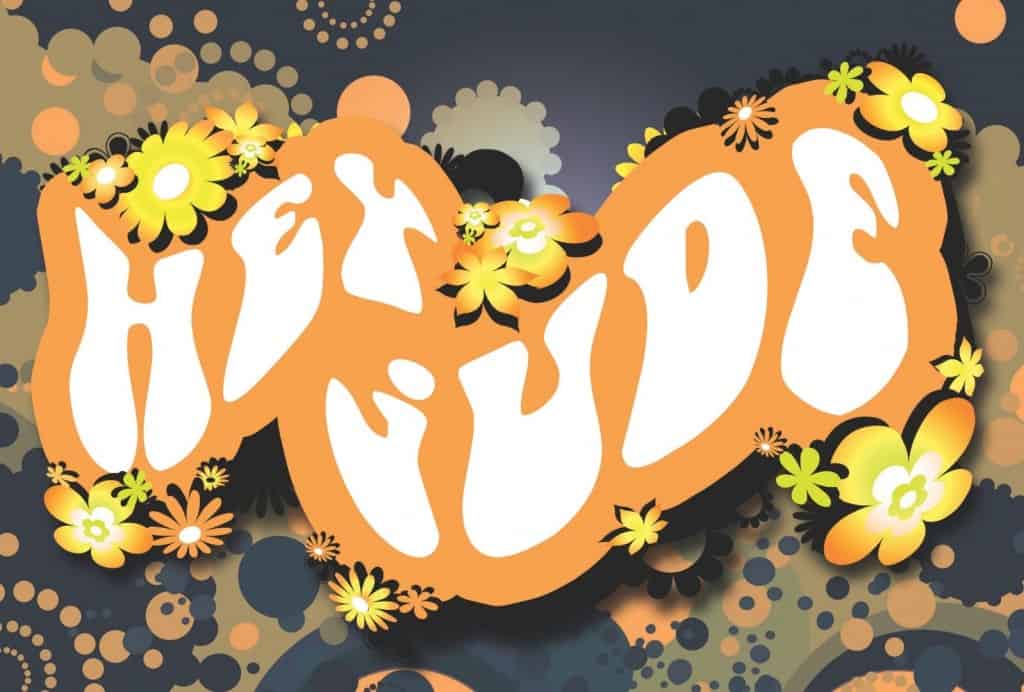 The Beatles were one of, if not the most iconic bands of all time. “Hey Jude” is one of their classic hits, and it was written by Paul McCartney for John Lennon’s son, Julian, to comfort him as his parents divorced. John Lennon believed that the song was actually written in support of him, though. Awkward.

Total Eclipse Of The Heart 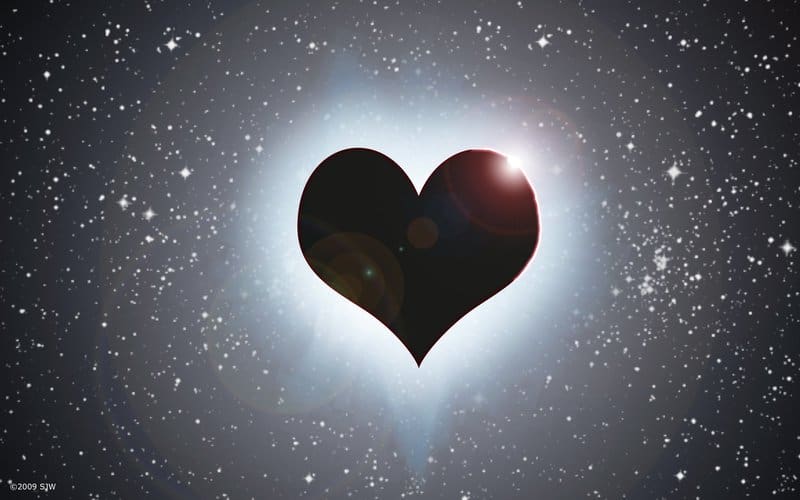 This song is a classic love ballad performed by Bonnie Tyler and written by Jim Steinman, who often worked with Meatloaf. Though it seems like another sad love song for humans, Steinman explained it was written about vampires and was originally titled, “Vampires in Love.” Who knew? 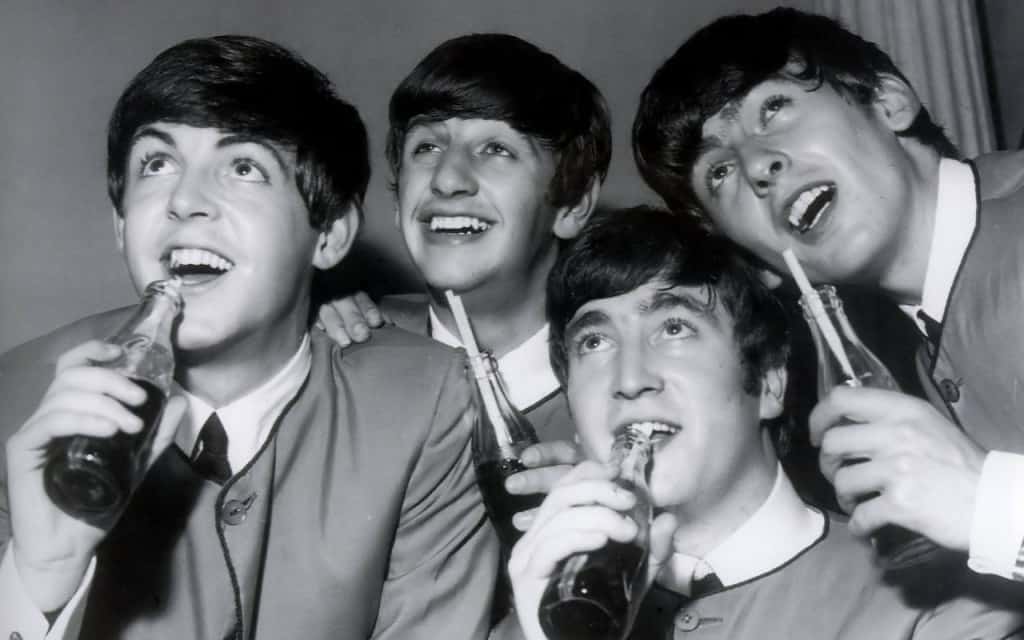 Another classic hit The Beatles had was their single, “Ticket to Ride,” and it has a really surprising meaning behind it. The “ticket” they were referring to was a card signifying good health that prostitutes in Hamburg in the 1960’s would get. 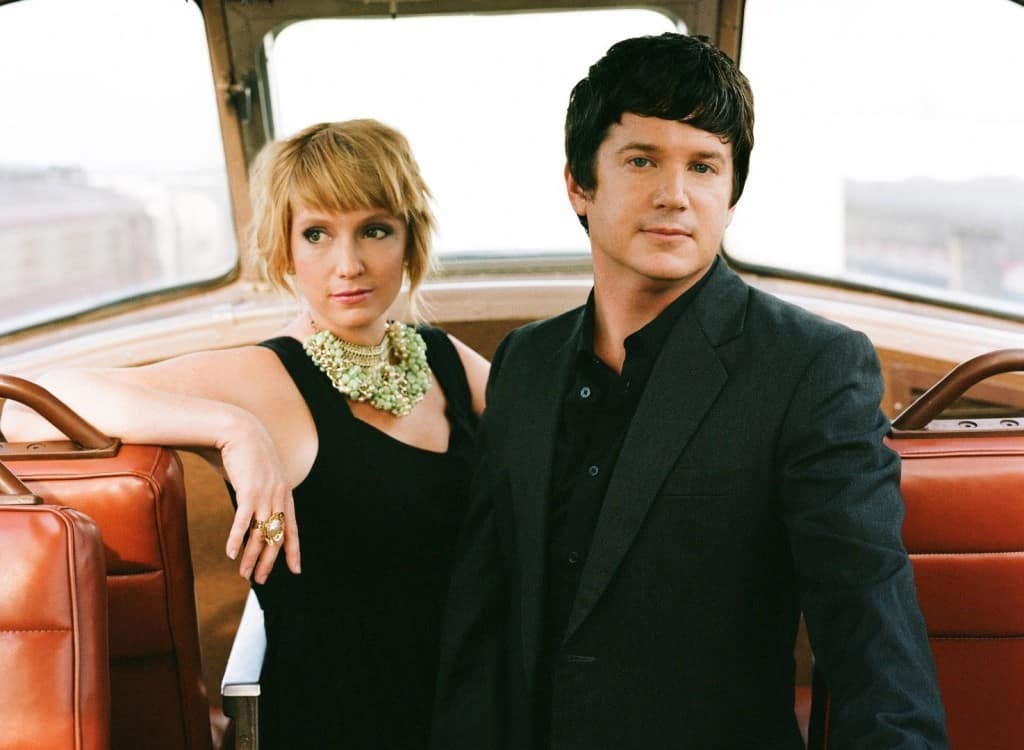 Sixpence None The Richer rose to fame in the late nineties and they disbanded in the early 2000’s. Their band had a very clean image, but surprisingly their song, “There She Goes” is actually said to be about heroin. Apparently, the word “she” is a substitute for the word “heroin” everywhere in the song. 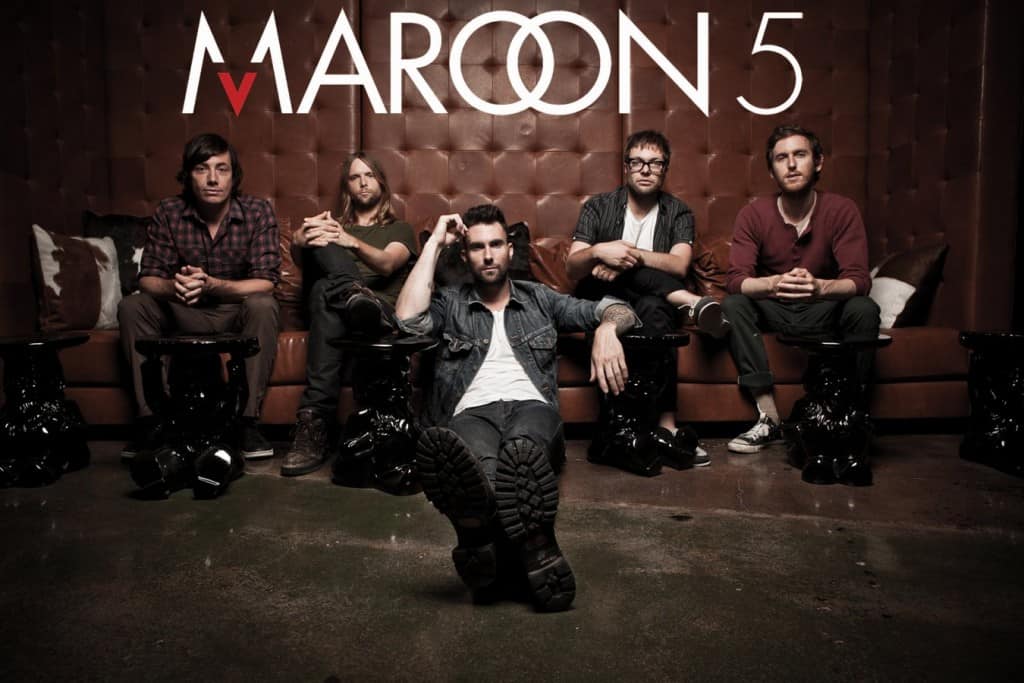 Maroon 5’s breakout album “Songs About Jane,” really was about frontman Adam Levine’s relationship with his girlfriend most of the time, but their single “Harder to Breathe” surprisingly was not. Most people thought it was about a relationship in which he felt suffocated, however, it was actually about pressure from the music industry. 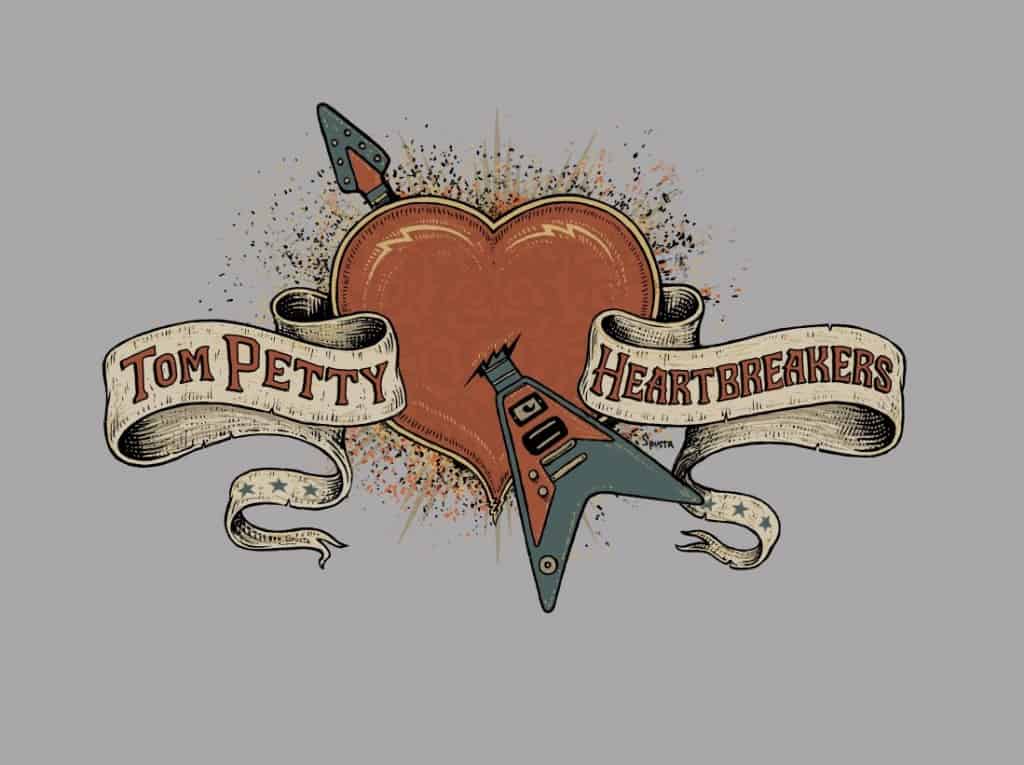 Tom Petty and the Heartbreakers released this hit song in 1977. Rumors swirled that it was about a University of Florida girl who committed suicide by jumping off her balcony due to references about a “girl on a balcony” in the lyrics. Petty himself said these rumors are untrue and this is really just a classic love song. The most shocking part of this song meaning is how non-shocking it is!