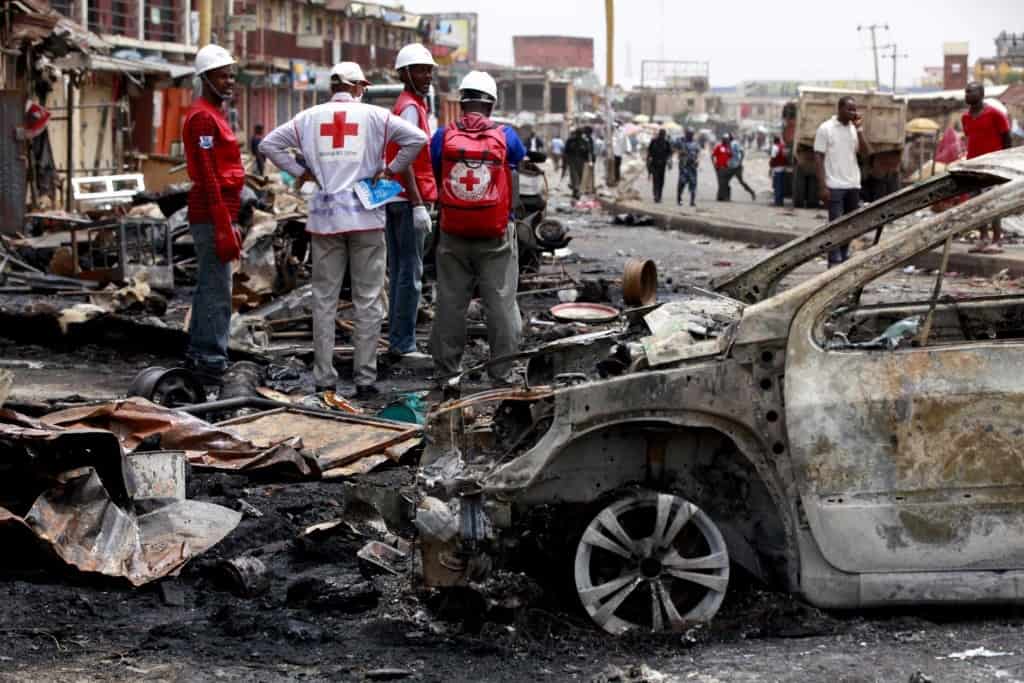 One Year After Boko Haram Kidnapped Close To 300 Teenage Girls, What Has Changed?

On the evening of April 14-15, 2014, in Chibok, northeastern Nigeria, a convoy of buses and trucks carrying armed militants swarmed the Government Girls Secondary School. The school had been closed for a month due to the ongoing threat from Boko Haram but girls from several schools were called in to take a final exam in physics. The militants exchanged fire with school security guards, took the girls from their dormitories, loaded them into trucks and drove off with them. Most would never be seen again. 276 girls between the ages of 16 to 18 were taken, of which around 50 managed to escape, leaving the remainder to be raped, enslaved, and forced to convert to Islam.

Since then Boko Haram has pledged allegiance to ISIS and is attempting to establish a central African caliphate. The sitting President of Nigeria, Goodwill Jonathan, was defeated in a popular election by Muhammadu Buhari marking the first time in the nation’s history that an incumbent President has been defeated. His successor is well known in Nigeria for having crushed the violent Maitatsine insurgency in Nigeria in the 80’s. A coalition of African nations (Niger, Nigeria, Chad, Cameroon, and Benin) have come together to combat the threat and have made significant advances in recent weeks aided by a diverse group including South American mercenaries.

1,500,000 people including 800,000 children have been displaced from their homes and at least 5,500 people have been killed by Boko Haram since the beginning of 2014. As for the 200 girls still in the hands of Islamic militants, they represent only a small fraction of total captives. Around 2,000 women and children have been taken captive since the beginning of 2014. The women and girls are transported to transit camps, often trained in how to shoot guns, use bombs, and attack villages, and then sent to houses in towns and villages to be indoctrinated into Islam and married. Those who refuse are killed and buried in mass graves. Unfortunately there is no happy ending to this story yet. Boko Haram remains at large, with an estimated 15,000 fighters and a penchant for savage brutality.