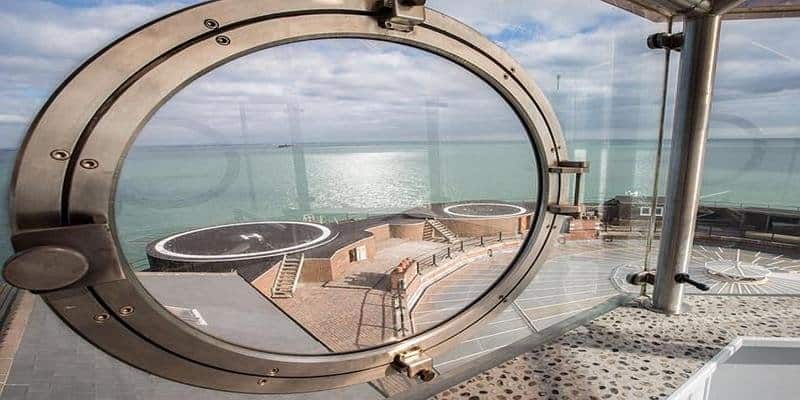 No Man’s Fort, a Victorian sea fort, has been transformed into a beautifully polished hotel with accommodations for the wealthy: two helicopter pads, its own nightclub, a laser tag area, a rooftop hot tub, and a lighthouse. It is located between mainland United Kingdom and the Isle of Wight, sitting two kilometers out at sea.

No Man’s Fort was first constructed as a means of protection from an invasion of the French in 1867. It is estimated to have cost a whopping $78 million to build. The French never did invade, and it was subsequently abandoned. After it was abandoned, it caught the sight of several people who became interested in making it an extraordinary place to stay. It eventually ended up in the hands of a hospitality company Clarenco, who made it the luxury it is today.

The company spent $5.8 million on renovations to establish a party venue for those with big pocket books. What is now known as Spitbank Fort officially opened back in 2012 and is three times bigger than its original build. It appears to make for an awesome dream vacation.