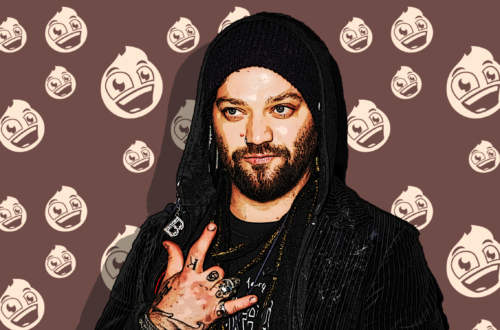 Are you familiar with the famous Jackass? Any 2000s must know Bam Margera thanks to his MTV show Viva La Bam. Margera is an American professional skater, filmmaker, and actor. If Bam is one of your favorite film stars, you want to know more about his wealth, career, and personal life. Here is everything you want to know about Bam Margera’s net worth. So, where does the Hollywood star’s fortune come from, and how does he spend it?

Bam Margera’s worth comes from his film and television career and his life as a professional skater. He started skating at the age of 11 and turned professional when he was just 16 years old. Bam has appeared in several skating competitions and has won many awards. He also landed some good sponsors.

Bam rose to fame after appearing on the MTV show Jackass.

He later had his show, Viva La Bam, which ran for four seasons. Bam told Nine Club that the show had a weekly budget of $350,000. He also starred in the movie Jackass 3D, which grossed over $50 million at the box office.

In addition to his work in television and film, Bam has also released several successful albums with his band, CKY.

He has toured all over the world and has performed in front of large audiences. Bam is also a successful businessman and has his own clothing line, Unholy Alliance. He has made a huge fortune selling gear and boards in his Collaboration with Element. All these have contributed to Bam’s current net worth of $20 million in one way or another.

It’s worth noting that Bam Margera’s net worth wasn’t $20 million a few years ago. After losing his friend    Ryan Dunn, Bam took some time away from the public eye to grieve. He didn’t do much work during that period, so his net worth took a hit. He even found himself in rehab, where he spent over $100,000. However, despite all of that, it’s still impressive that he managed to maintain a net worth of $20 million.

Bam also owns properties, starting with a house that he bought back in 2004 for $1.19.  The house is located in West Chester, Pennsylvania, and covers 14 acres. He bought the house for $1.19 million, which is currently valued at around $2 million.

He also has a legendary property, Castle Bam, a five-bedroom house with three half-baths. It was listed for $1.1million and featured Antique Jukebox, a Pirate-themed bar, and amazing decor.

Bam has an impressive collection of cars, including a Hummer H2, Lamborgini, Mercedes, and other high-end cars.

Who Is Bam Margera?

When MTV was still the talk of the town, Bam Margera was a household name everyone knew. He was a professional skateboarder who turned his talents into a successful TV career. He starred in the Jackass franchise and had his show, Viva La Bam and Bam’s unholy union. He was also a member of the CKY Crew, which consisted of him and his friends filming themselves doing crazy stunts (usually involving skating).

Born Brandon Cole Margera on September 28, 1979,  Bam Margera grew up in West Chester, Pennsylvania. His parents were April and  Phil Margera. He has two sisters, Jess and Amber. He got his nickname Bam Bam from his grandfather, who used to call him that when he was a child because of his habit of running into walls. The name was later shortened to Bam.

When he was just four years old, his grandfather introduced him to skating. Bam took to it immediately, and by the time he was ten, he was already sponsored by Element Skateboards. Bam’s professional skateboarding career really took off in the late 1990s when he went to West Chest East High School, where he met his future Jackass co-stars, Ryan Dunn and Brandon DiCamillo.

He started skateboarding at the age of 11 and began entering amateur competitions soon after. He was sponsored by Toy Machine Skateboards and Birdhouse Skateboards. He soon began appearing in skateboarding videos, such as the CKY video series and Haggard.

Since he was passionate about filmmaking and entertainment, Bam had little interest in education. The success of the CKY series caught the attention of  MTV’s director Jeff Tremaine, which resulted in the American actor being cast for Jackass.

Bam rose to prominence as one of the stars of Jackass, which aired for three seasons from 2000–2002. The MTV reality stunt show featured several dangerous and painful stunts and pranks, which Bam often performed himself. He continued his work with Jackass in its spin-off series Viva La Bam, which aired from 2003–2005. It mostly took place in his hometown and places such as Las Vegas and Los Angeles.

He also made a reality series named Bam’s unholy union. In addition to his work on television, Bam has also released several successful albums and DVDs.

Bam began directing films in 2007 with Haggard: The Movie, based on the CKY series, featuring his friend Ryan Dunn. He has since directed several other films, including Minghags (2009) and Jackass 3D (2010). He also starred in the VH1 reality series Family Therapy with Dr. Jenn alongside his mother, April Margera.

Additionally, Bam has recorded music, released a book called, Serious as Dog Dirt, and animated a character in the Tony Hawk video game.

What’s Next for Bam Margera?

Bam Margera has said that he is done with reality TV and is focusing on his family and sobriety. He has also expressed interest in getting back into skateboarding and potentially starting his own skateboard company. Only time will tell what’s next for Bam Margera, but it’s clear that he is determined to stay sober and turn his life around.

What is Bam Margera Net Worth?

How much money does Bam Margera earn?

How tall is Bam Margera?

How old is Bam Margera?

When is Bam Margera birthday?