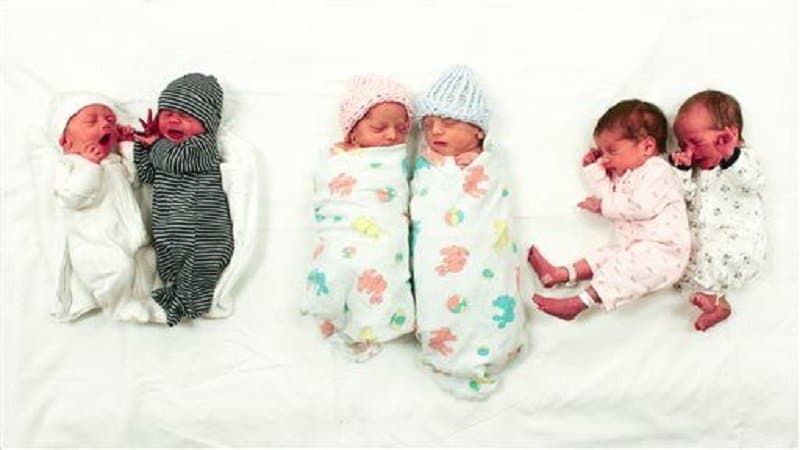 Within just 7 hours (between 7:49 a.m. and 2:39 p.m.) on July 23rd, 2015, the Bozeman Deaconess Hospital in Bozeman, Montana, had something truly unusual happen: Not one, not two, but three sets of fraternal twins (boy-girl sets of twins) were born there. Together these twins added up to more than half of the hospital’s births that occurred in the hospital on that day.

Besides the three sets of twins, five other babies were also born in the hospital on that day. While the hospital is usually a bustling environment, with over 110 births this month alone and 690 this year, you can imagine this day was like none other. For this really busy day there were five obstetricians, one pediatrician, 21 nurses and three scrub techs in attendance. According to Family Birth Center Manager Susan Connell, there haven’t been three sets of twins born on the same day in the Bozeman Deaconess Hospital for years, if ever. She continued on to say that, “For a team who usually assists in three to four births a day, it was a hugely successful day for the team. It was a day we will remember for a long, long time.”