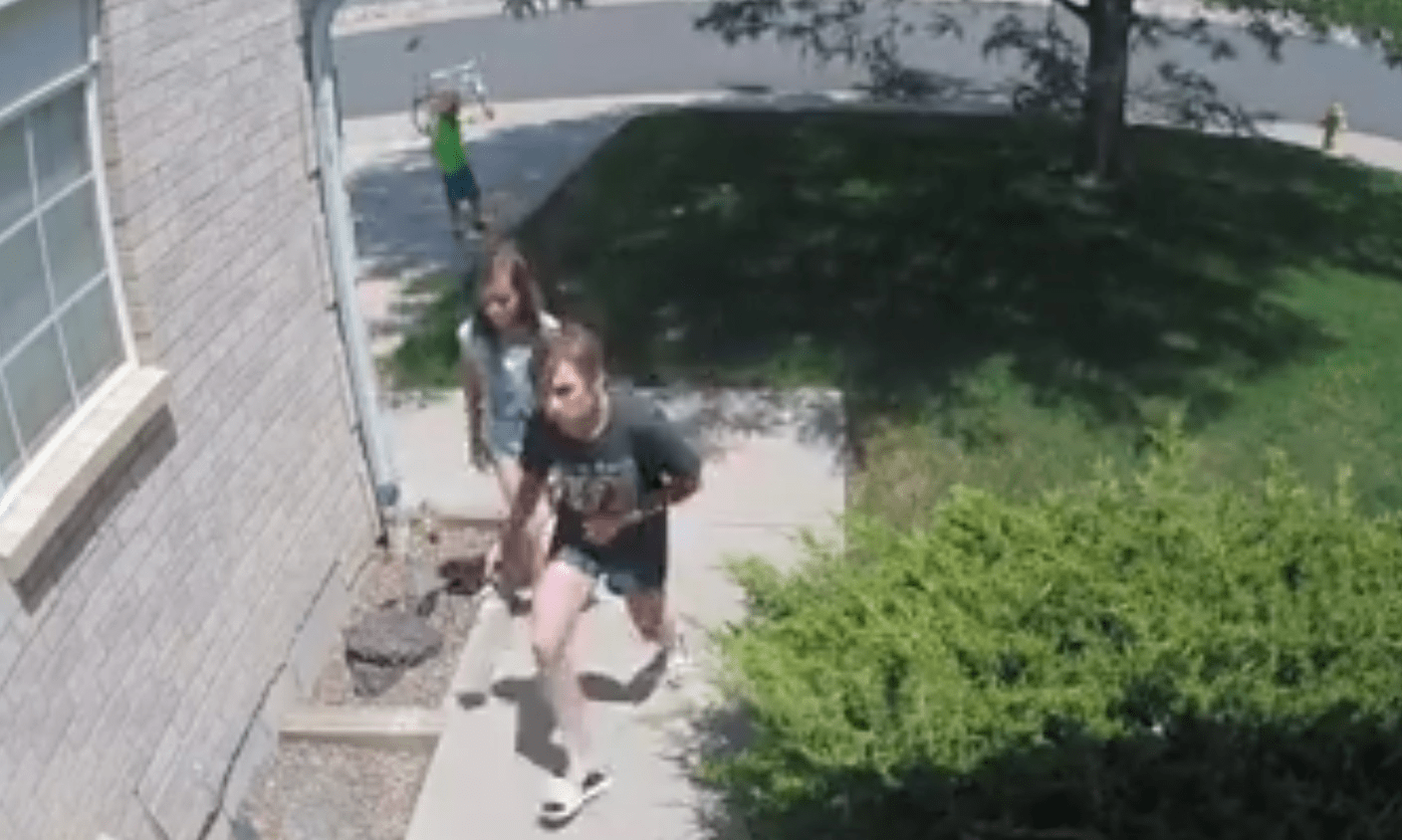 Children Praised For Returning A Wallet With $700 Cash Inside

Jamie Carlton posted a video on Facebook recently, recorded via a camera near his front door that shown three young children returning his wallet. The children, Haylie, 13, her brother Reagan, 6, and their friend, Ashley, found Carlton’s wallet beside his car and wanted to do the right thing by returning it.

When the children walk to Carlton’s front door, an automated message says “Hi, we can’t answer the door right now but the camera is recording, so please, just leave us a message. Thanks for coming by.”

One of the children then said

“We found your wallet outside of your car and we just thought we would give it back to you,’ she says, before hiding the wallet by the door. I’m going to put it over here so no takes any money. You’re welcome. Thank you.”

The wallet had $700 in cash inside, and according to Carlton, none of the money was missing. Carlton posted on Facebook saying;

“This happened last Wednesday, 7/18/18 at my house in Aurora Colorado. If this doesn’t renew or at least refresh your faith in humanity you need help. These kids are amazing, we would love to find them to reward them and thank them. Their parents should be so proud of them. Any help finding them would be great.”

After local media outlets caught wind of the story, they contacted the children for a comment, and Haylie said;

“We just thought it would be a good thing to do. It just feels good because we really didn’t need the money. So we just decided to give it back.”

The children’s mother, Kerri Eddie Wenke, was also contacted for a comment and she said;

“It is very humbling the kids have gotten so much attention! I would like to take credit for their actions, but we really can’t. They were by themselves and chose to put the wallet in a safe place all on their own. As parents I think we always hope they are doing the right thing when we are not around or when no one is watching. It makes me very proud!!”

“We try our best to make sure they are taught between right and wrong.”

People who watched the video from Carlton’s Facebook page praised the children, and their parents for the upbringing. One commenter wrote;

“All credit to the parents who have supported their children in making morally correct decision. All credit to the children whose choice was to do the right thing!!!! I’m very very proud of you and I don’t know you but I know enough to be able to say that you will grow up to be decent law abiding empathetic human beings and the world needs more of those.”