Adorable Toddler Takes On Disney World As Her Favourite Characters

Lane Rouch, a three-year-old from Florida has become quite the star at the Disney World Resort in Orlando. Everytime the toddler visits, she comes dressed as one of her favorite Disney characters. Incredibly, none of these costumes have been bought from a professional company, they’re all made by Lane’s Mom, Jennifer Rouch. Jennifer has a passion for creative costume-making and her talents are clear to see from these amazing photos. Together, Jennifer and husband Chad take Lane to Disney World every single weekend. What a lucky child she is!

In an interview, Jennifer said:

”We wanted her to not be crippled by shyness, so we took her to a place where a kid could feel happy and safe to dream and play and be themselves or anyone they want to be”.

Which costume do you think is best? Take a look through all these photos and find your favourite. 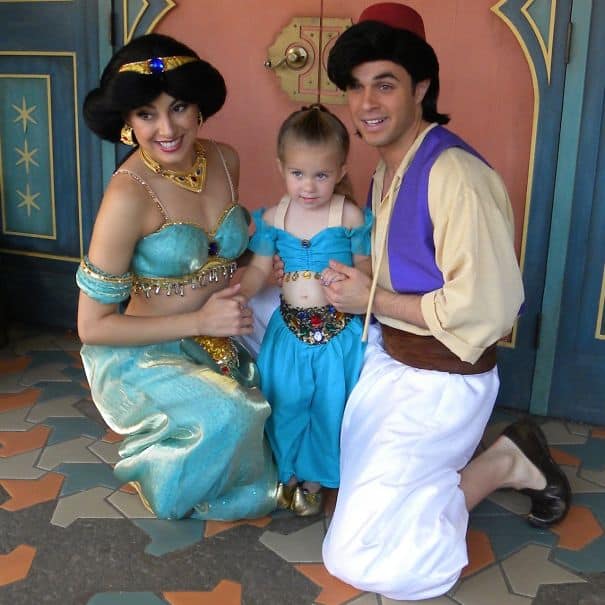 This costume is strikingly similar to the one worn by the professional Jasmine at Disney World. She’s even got the right shoes! 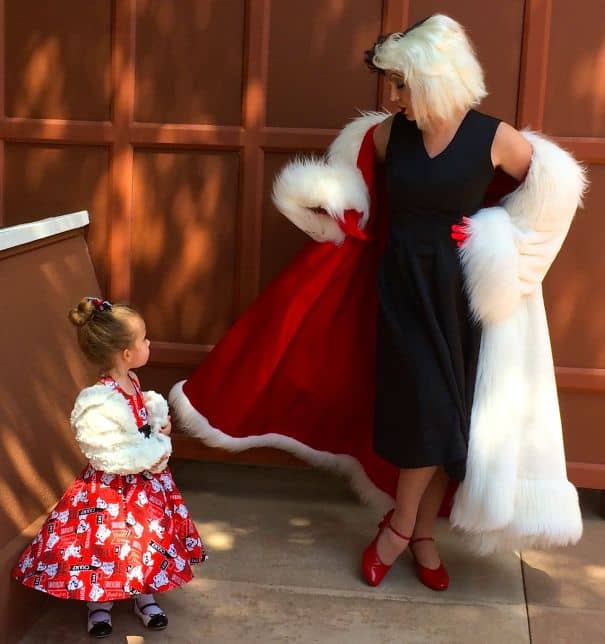 It’s a Cruella Vs. Cruella face off. Let’s hope neither of these costumes are made of Dalmations. 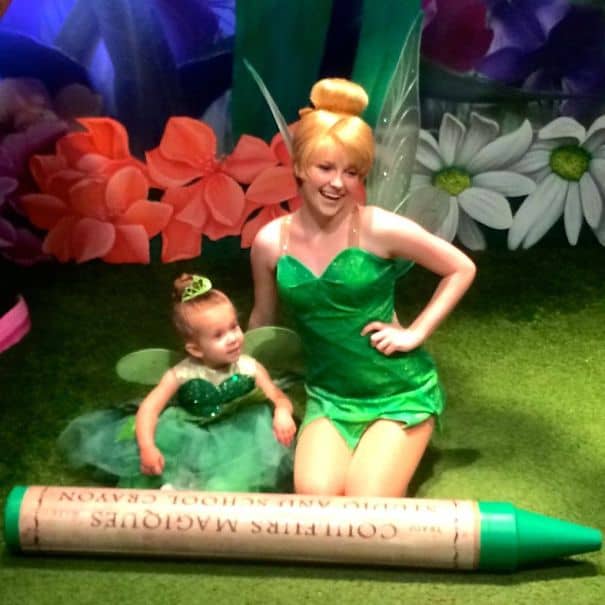 This costume for Peter Pan’s fairy friend looks pretty authentic, although I don’t think that it can help Lane to fly. 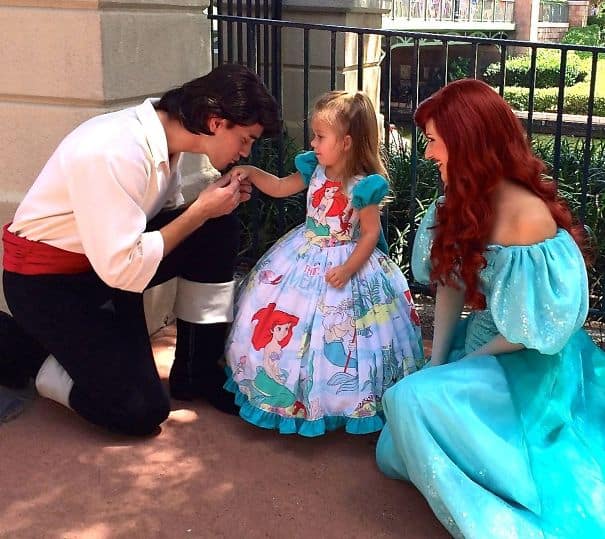 Lane’s trip to Disney World as Ariel from The Little Mermaid ended with a kiss from Prince Eric himself! 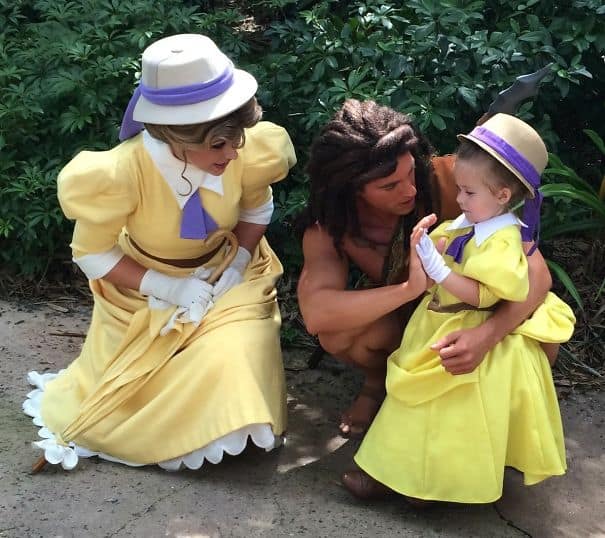 Lane got to meet Tarzan dressed as his companion Jane. Her Mom’s talents are really on show here as I can hardly tell the two costume apart. 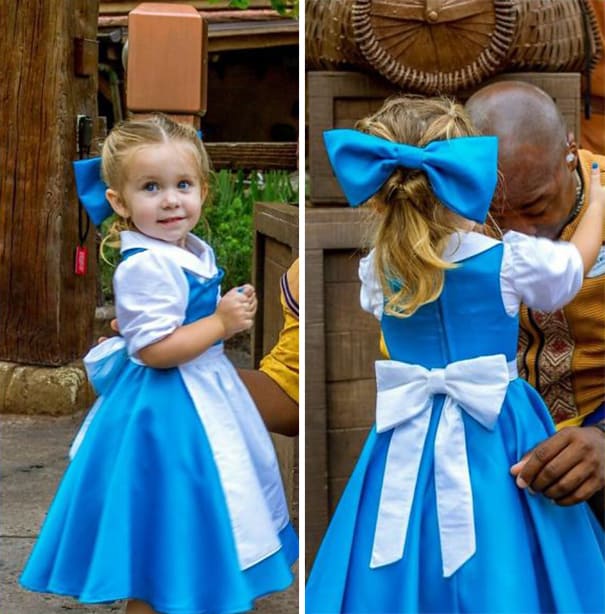 On one trip Lane adorned the blue dress worn by Belle, the book-smart heroine of Beauty and the Beast. 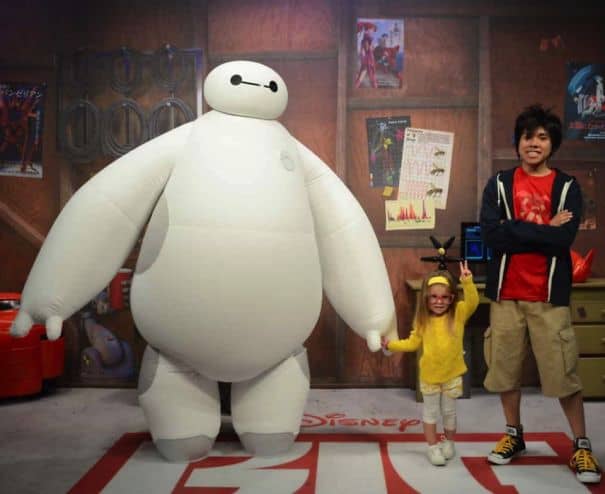 Lane is keen to keep up with the times. Here she is dressed as Honey Lemon from Disney’s latest movie, Big Hero 6. 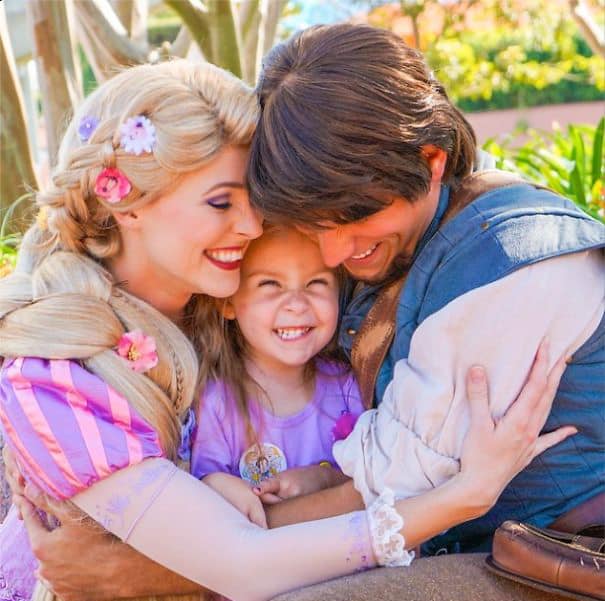 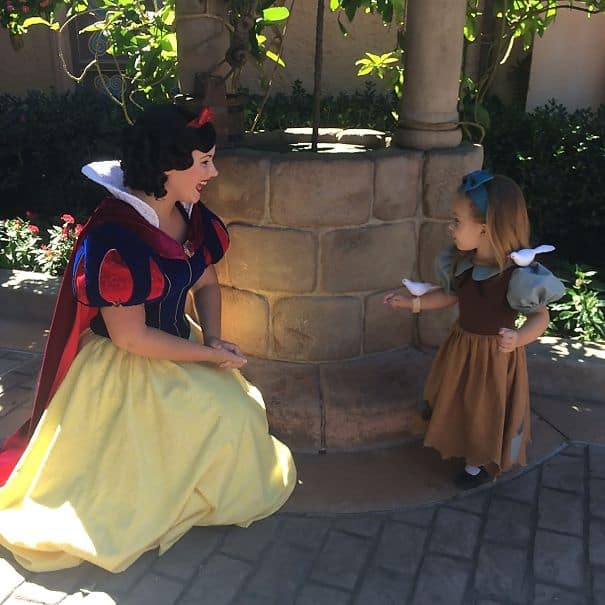 Two worlds collide as Cinderella comes face to face with Snow White. We think Lane would totally win in a fight between the two of them. 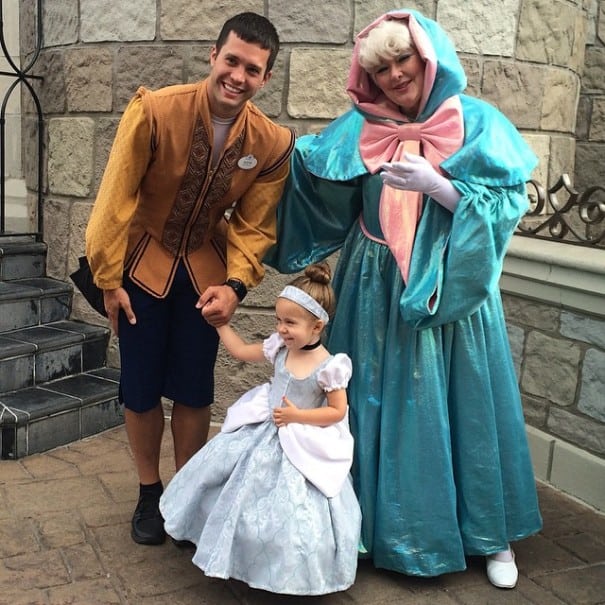 Thanks to the powers of her Fairy Godmother, Lane is transformed from servant Cinderella to Princess Cinderella in the blink of an eye!