UK-based filmmaker Danny Cooke, equipped with nothing more than a camera and a radiation dosimeter, spent a week exploring the historic site of a nuclear disaster, Chernobyl and the close abandoned city of Pripyat in a way never seen before… with the use of an airborne video drone. His incredible video, called “Postcards From Pripyat,” gives off a real sense of the scale of this disaster, and the eerie nature of this strangely compelling post apocalyptic landscape. His images moved us to compile a list of some of the most interesting and, frankly creepy pictures of this haunting land. 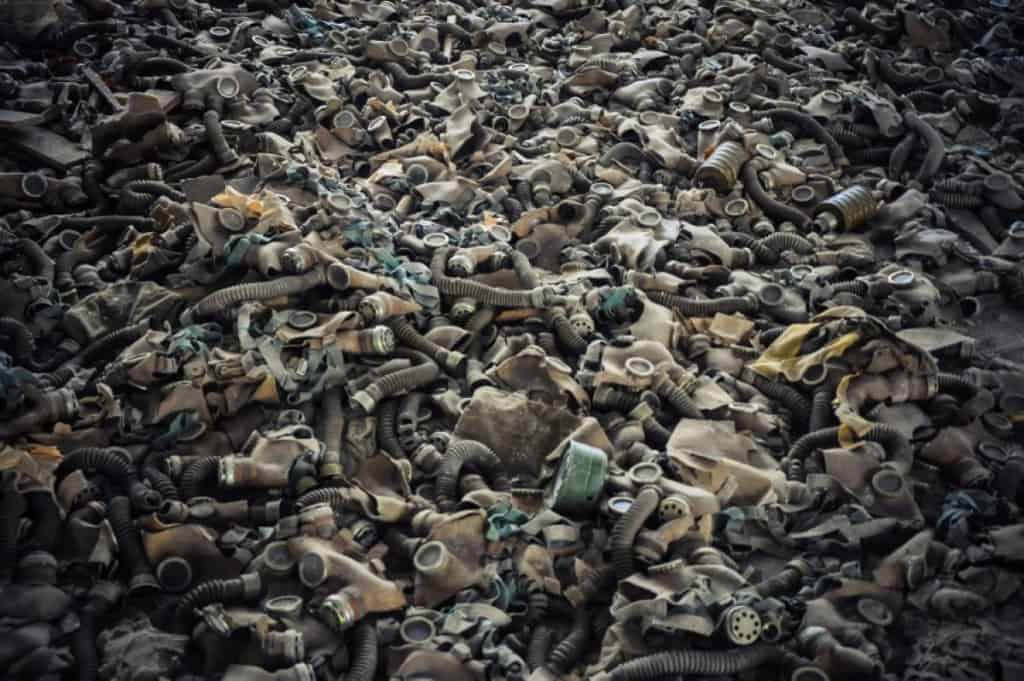 If one haunting image could sum up the scale and terror of this tragedy, it’s undoubtedly this one. 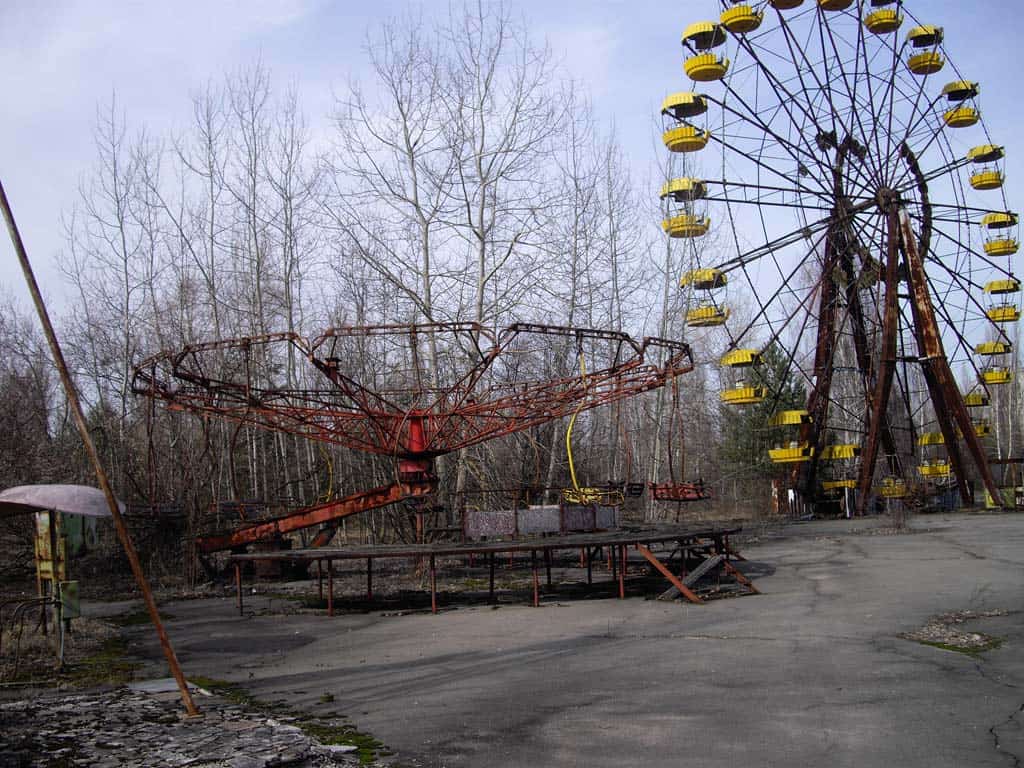 Haunted fairgrounds are usually the kind of tacky trope used by Scooby Doo. Here, it’s a stinging reminder of the children effected by the disaster. 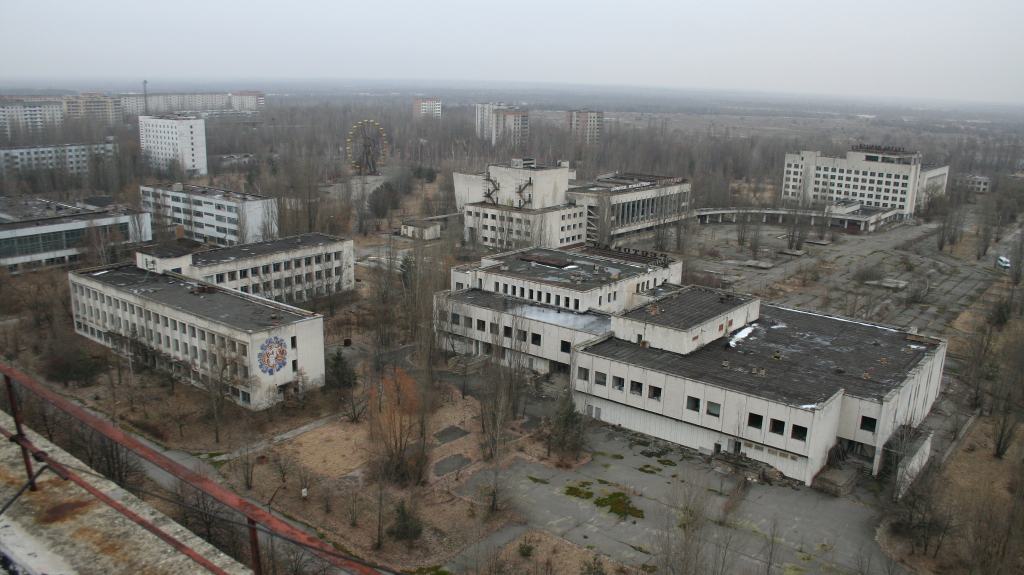 Another image that brings home the scale of the chaos. This entire area is completely deserted, unsafe to return to. 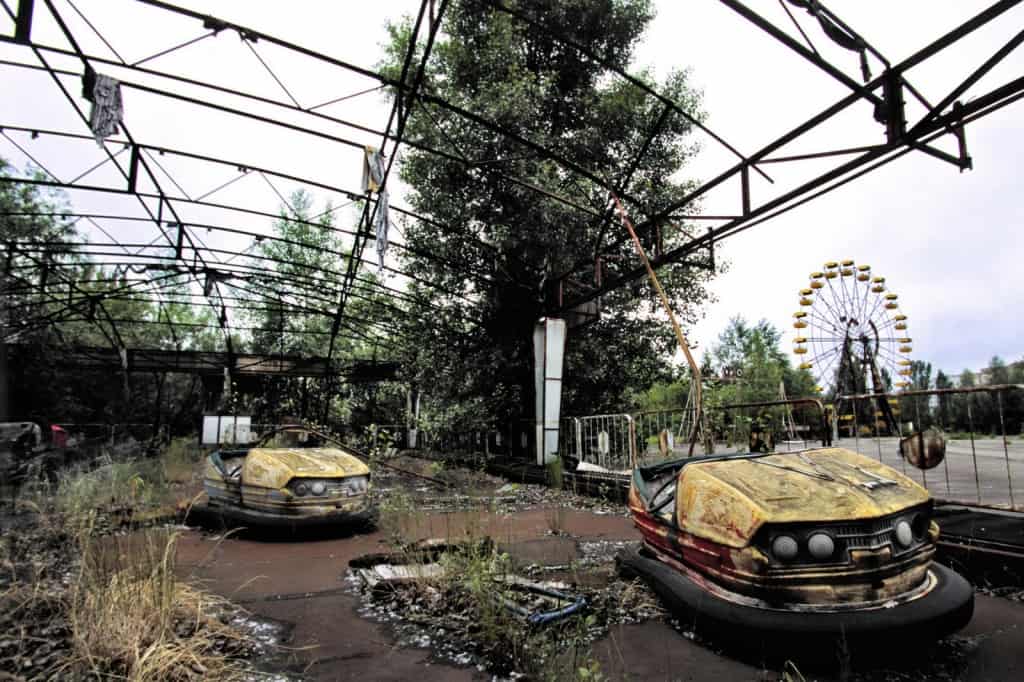 For those that don’t know, it was on 26 April 1986 when disaster struck and an explosion at the plant caused radiation to leak from its nuclear rector. 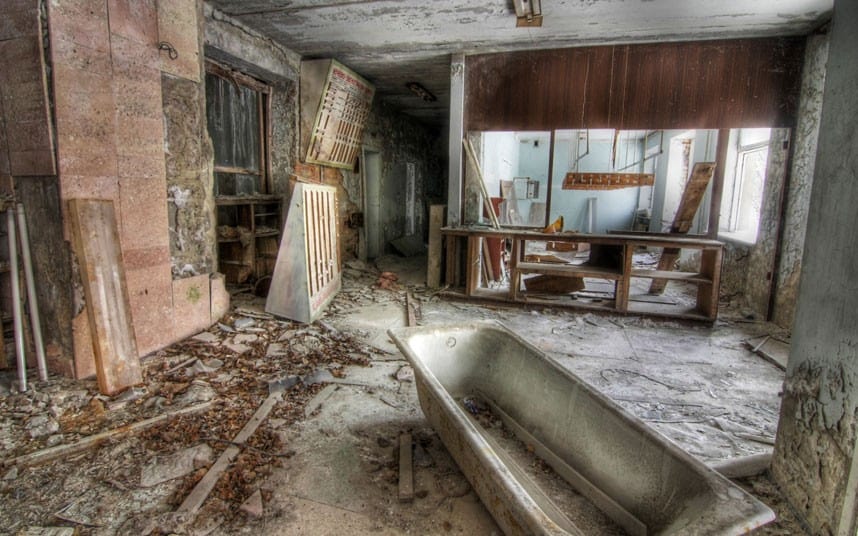 The 50,000 residents of Pripyat were evacuated in a major government operation starting the day after the catastrophe, on April 27. 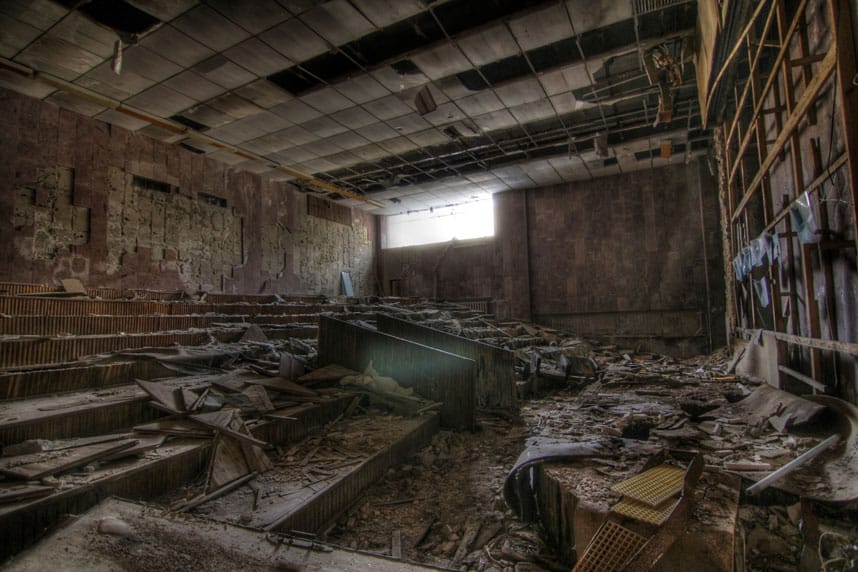 It is actually illegal to remove items from this city, for fear of spreading radioactive contamination. 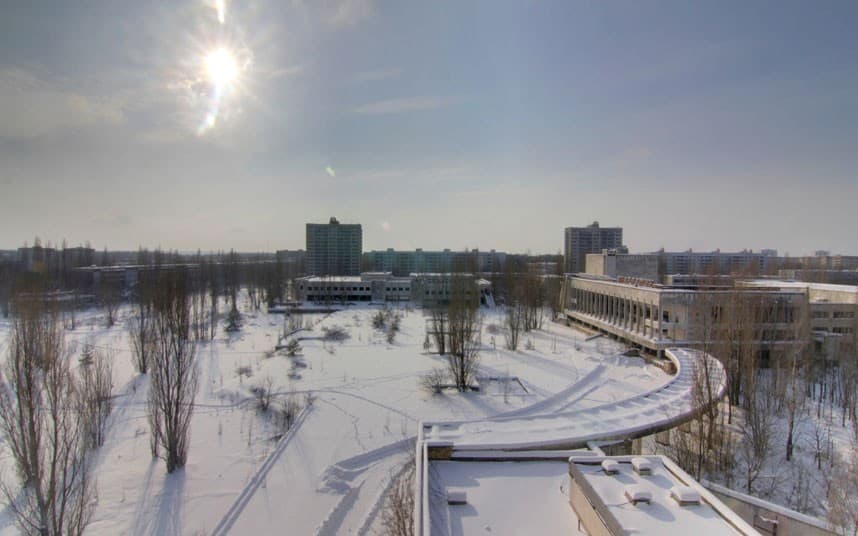 You can actually visit this ghost town, but you’re scanned for radiation levels at the end of your stay, and a chemical shower is required if the level is too high. Wait till you see the next page… 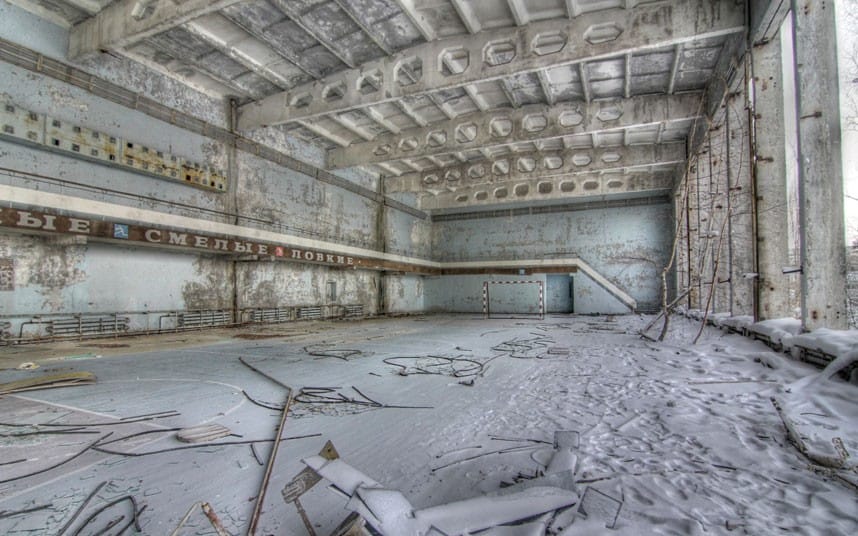 An abandoned sports hall, once again showcasing a moment in time where people’s lives were turned upside down in a heartbeat.