20 Unearthed Photos Shine New Light On Our Past

Every day, we move towards an unknown future of artificial intelligence, space travel and unthinkable technology. We look to what tomorrow brings, forgetting to think about what came before us. Until now, that is. Recently, a hidden stash of photographs from the past was unearthed in a basement flat in London and with them, came a whole new way of looking at our recent past. Once you take a look at these images, you will forget about the future and instead, wonder what it was that happened before you were even born. 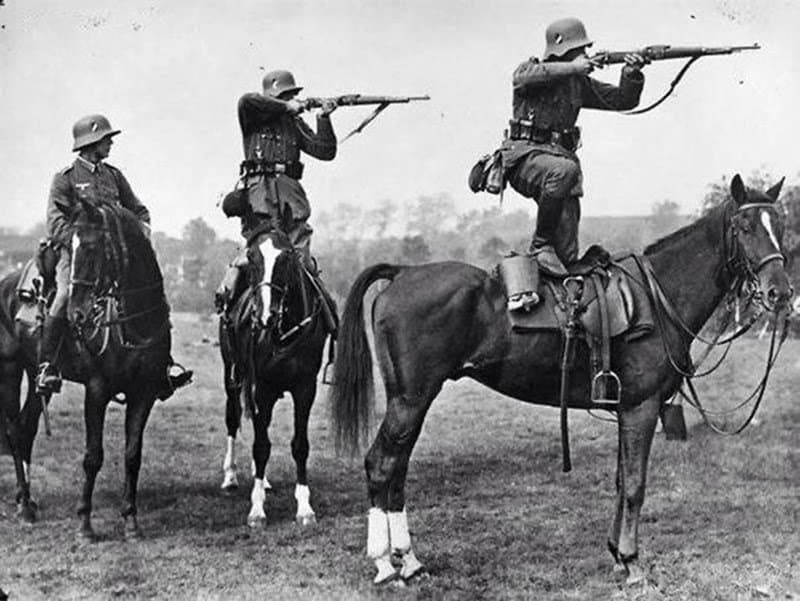 Taken a few years before the start of WWII, this image of German soldiers target training speaks volumes of the tragedies to come. Seeing the soldiers train in this way is incredibly eerie and undeniably unsettling. 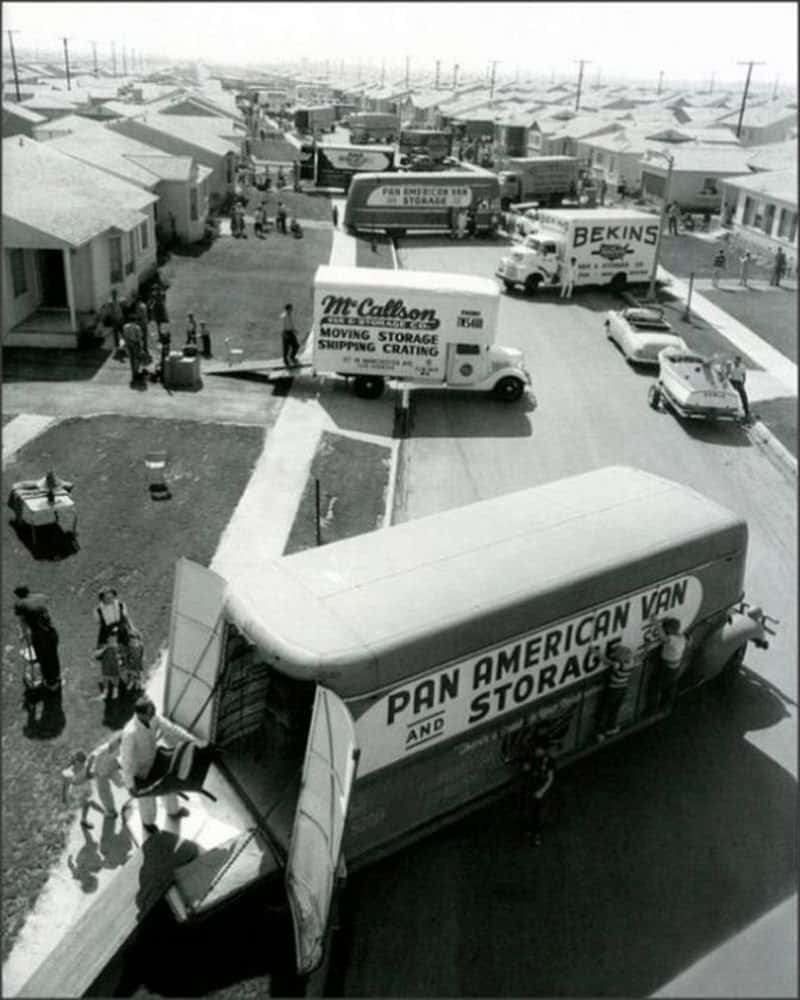 The 1950’s saw one of the most extreme property booms in history as many families made their way from the cities into the suburbs. This photograph documents some of the early chaos, showing the madness as dozens of families arrive on the same day.

Execution Of A Communist 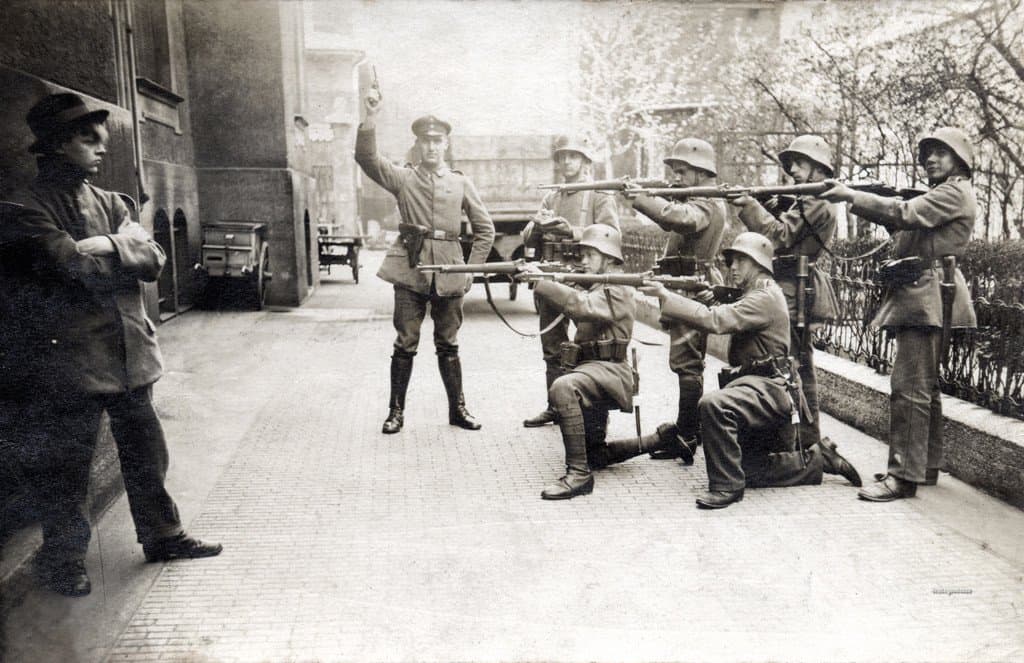 Despite the coverage of the Second World War, it is impossible for most people to consider the reality of the time. This image of German soldiers executing a Communist is very haunting and shows a brief example of the era’s brutality.

Before man made it to the moon or into space, we sent an array of animals to make the trip. Most famously, a chimp named Ham was sent in a rocket and more than anything else, his trip paved the way for human space travel in the future. 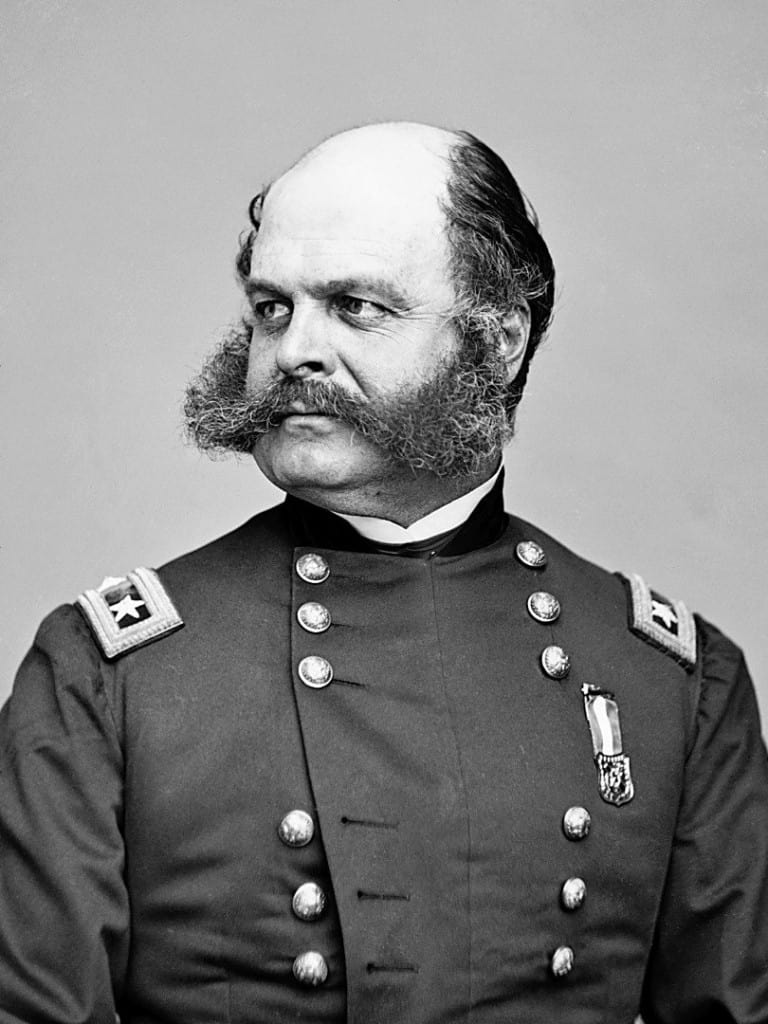 It’s not hard to see why this Civil War General gained fame in history. A huge fan of his facial hair, Ambrose Burnside was responsible for coining the term “sideburn”. 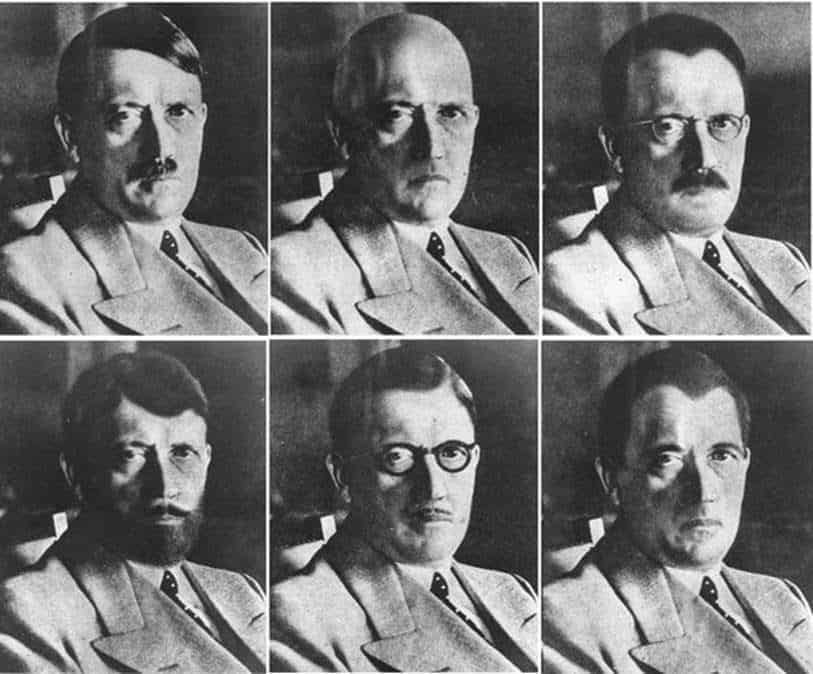 Despite having killed himself at the end of WWII, many believed that Hitler faked his death and retreated into hiding. These images reveal what officials believe the Nazi ruler could have looked like were he to have tried to exist in disguise. 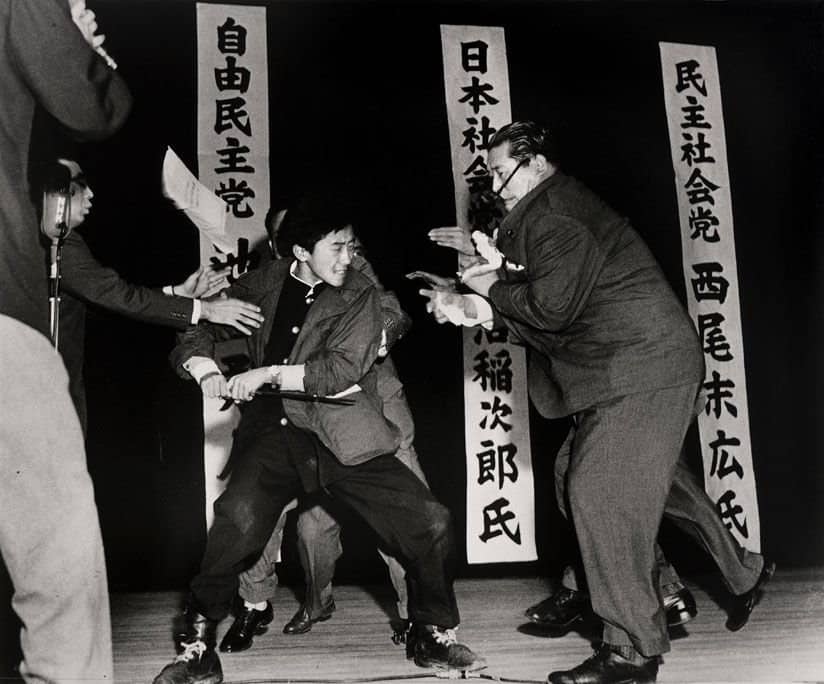 Rarely do we see someone in the final moments of life. This image of Japanese Socialist Asanuma is, therefore, incredibly unsettling, depicting the politician moments before he was murdered by 17 year old Yamaguchi.

Madame Tussaud’s has a long and winding history and over the years, has suffered a fire or two. Images of mannequins destroyed after a fire were recently discovered and we have to admit, they’re pretty creepy. 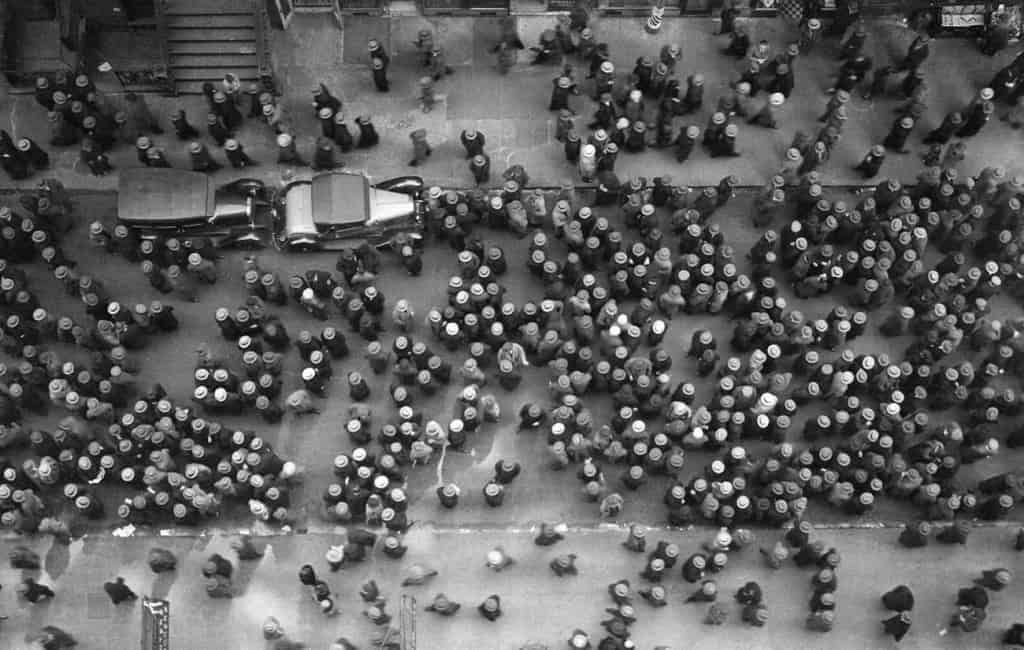 Before the great cultural revolution of the ’60s, things were a lot more strict. In the early 20th century, it was mandatory to go out wearing a hat and this bird’s eye view of New York paints a remarkable picture. 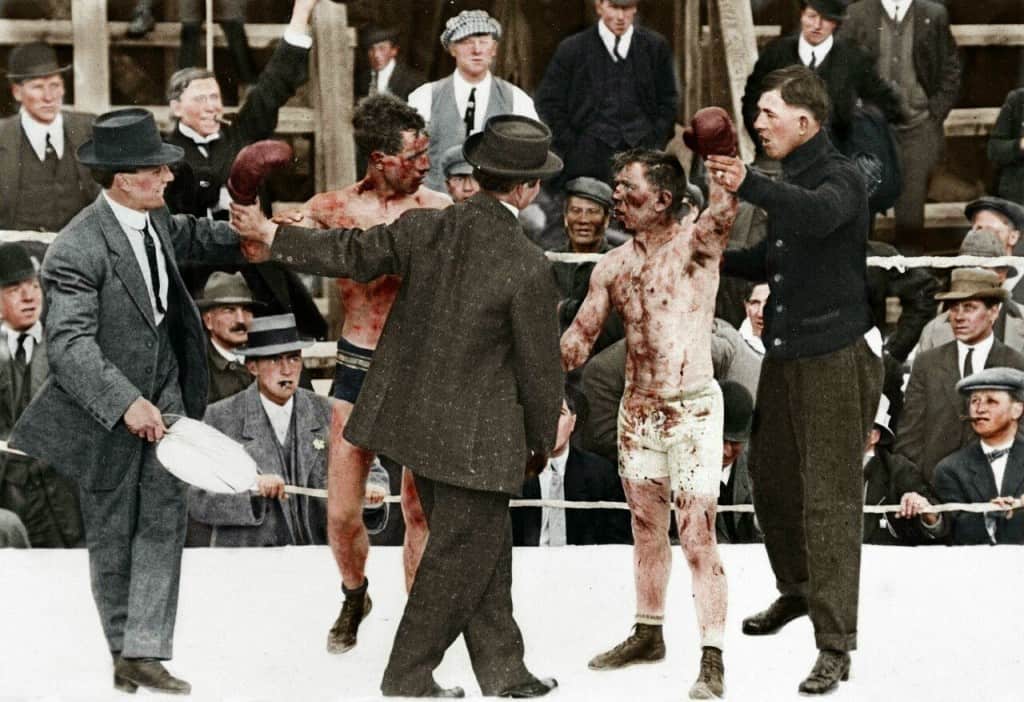 Before cinema and computer games, boxing matches were considered to be one of the best forms of entertainment. This photograph of a fight between Ray Campbell and Dick Hyland in 1913 shows just how bloody the fights could become.

Chaos On The Swedish Roads 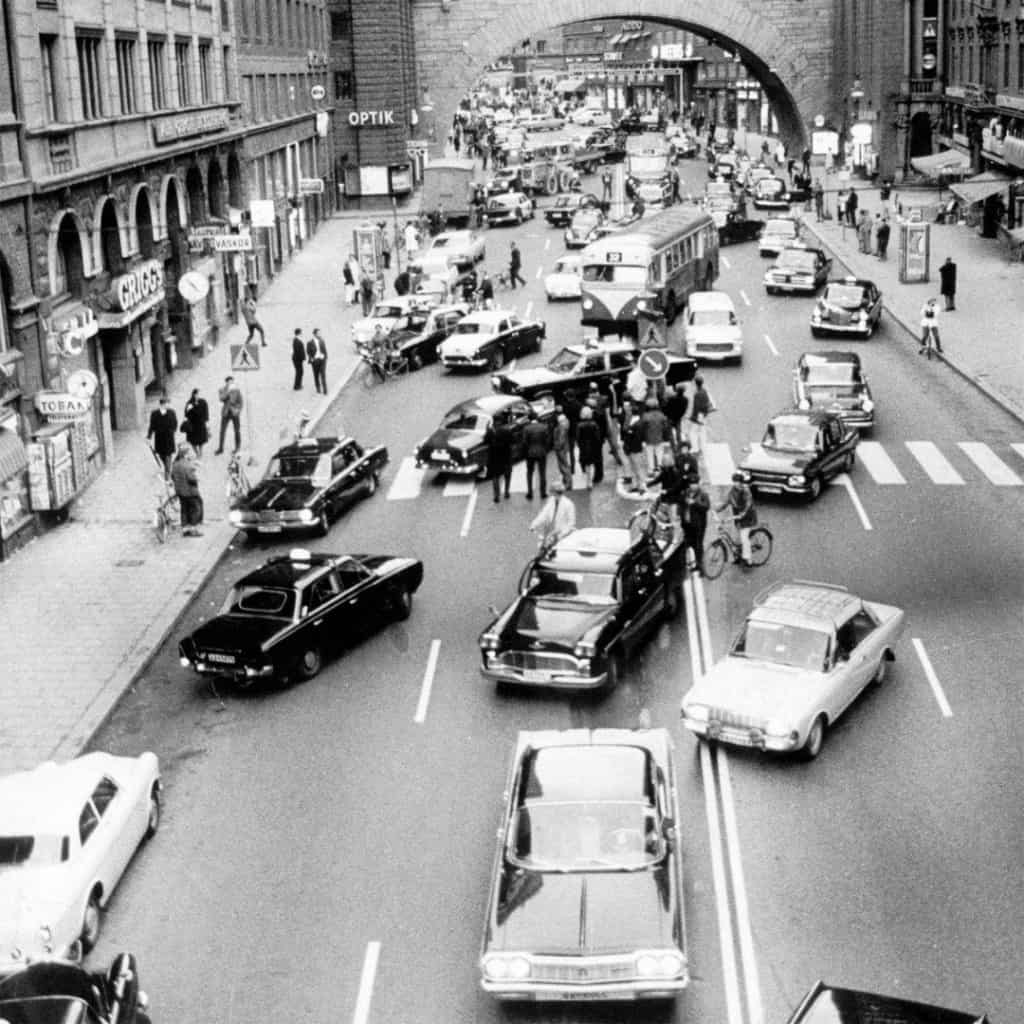 Before they joined the majority of drivers, Swedish citizens used to drive on the left hand side of the road. When, in the ’50s, government officials made the switch, Swedish roads went into chaos. 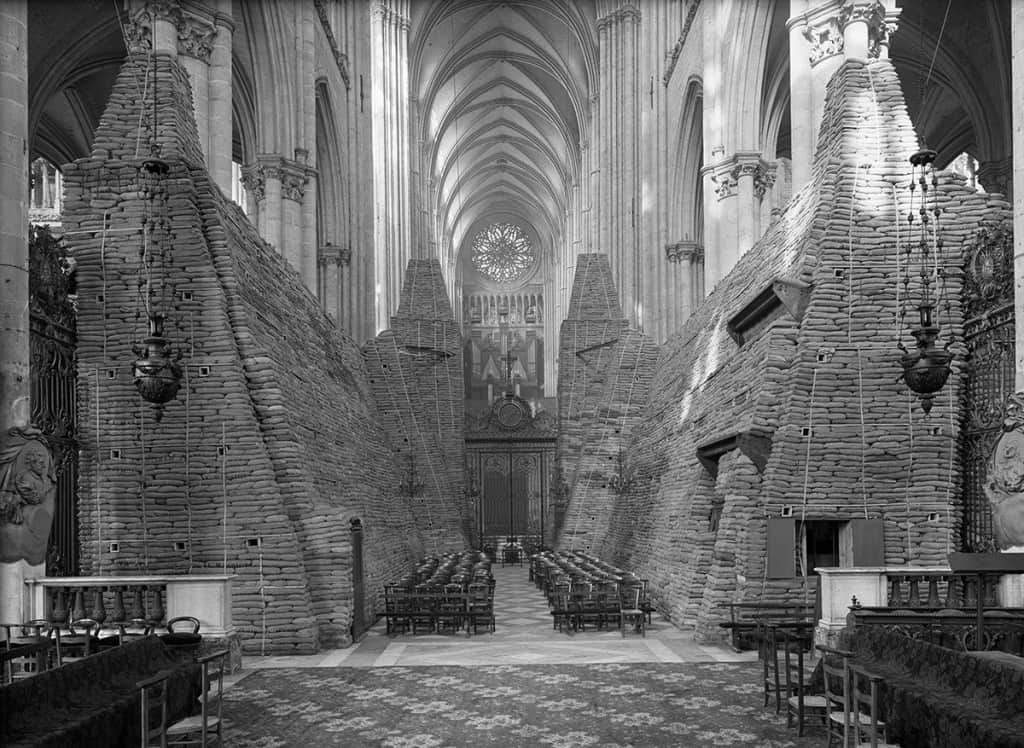 During the war, the oldest and largest buildings faced the highest risk of destruction. This photograph of the Cathedral of Amiens shows the preventative measures people took in order to protect their landmarks, stuffing the walls with sandbags. 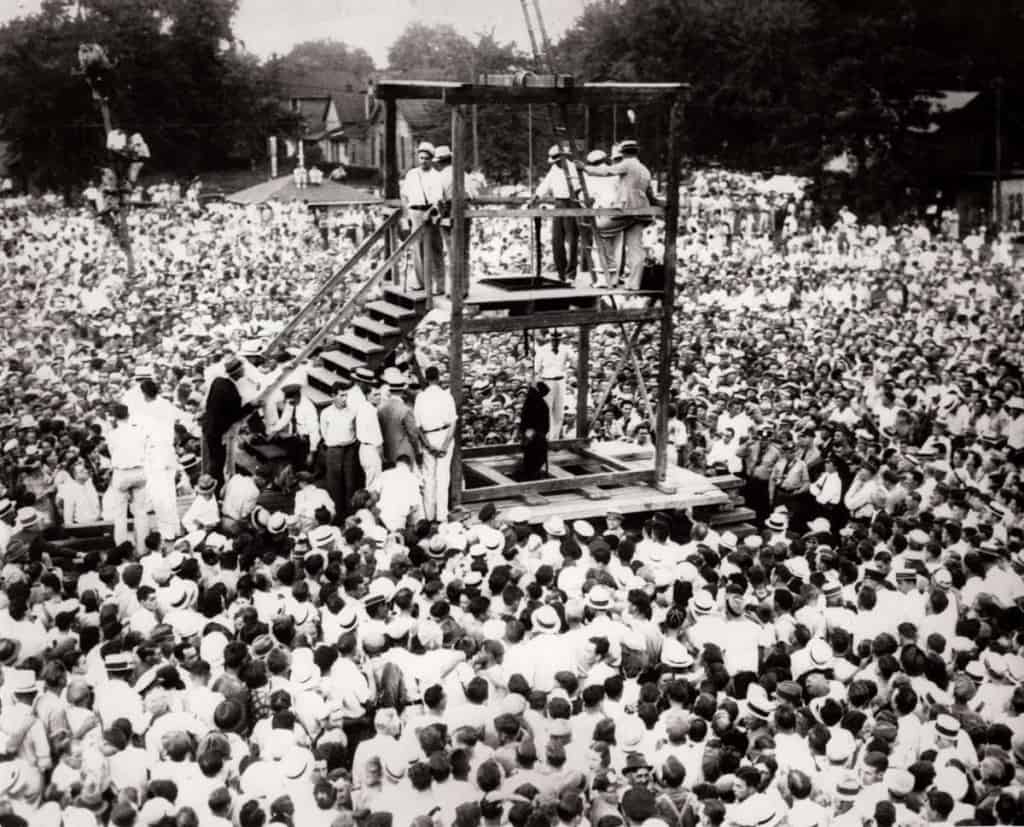 Before changes to the law, many executions in America took place in the open. This photograph from 1936 documents the final hanging, an event attended by hundreds of spectators.

Letter From Ghandi To Hitler 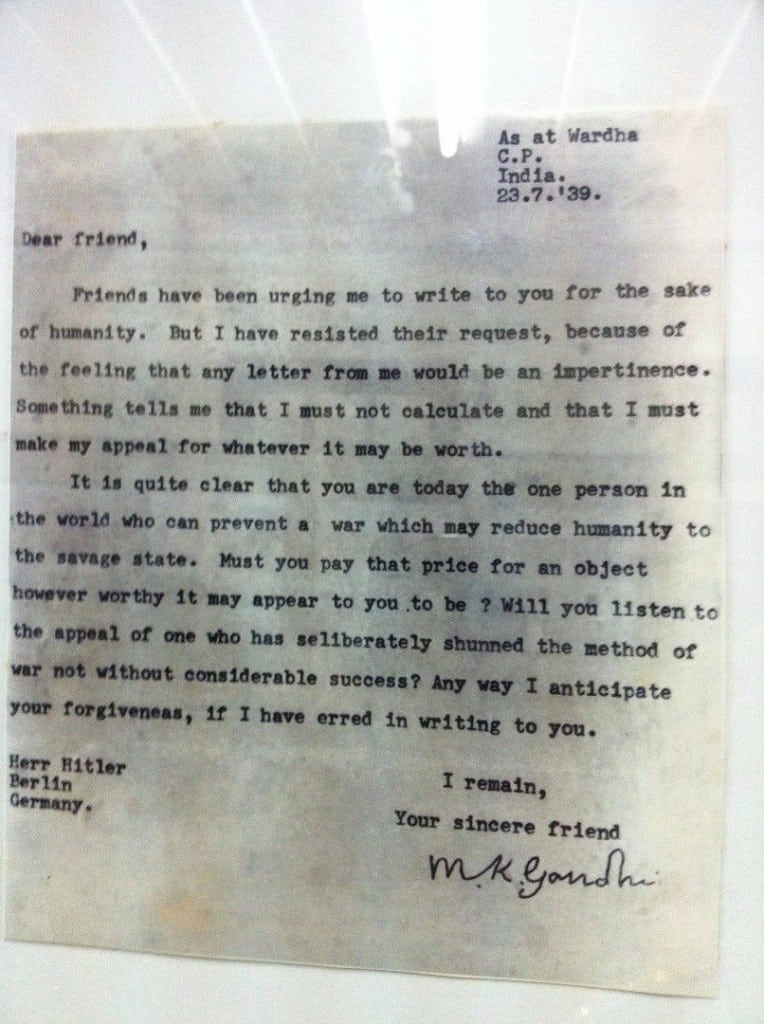 Urging the Nazi leader to take a step down from his plans for the war, Indian politician Mahatma Ghandi actually penned a letter directly to Hitler himself. In the note, Ghandi claims that Hitler holds the key to peace alone and it is up to him to make the first move. 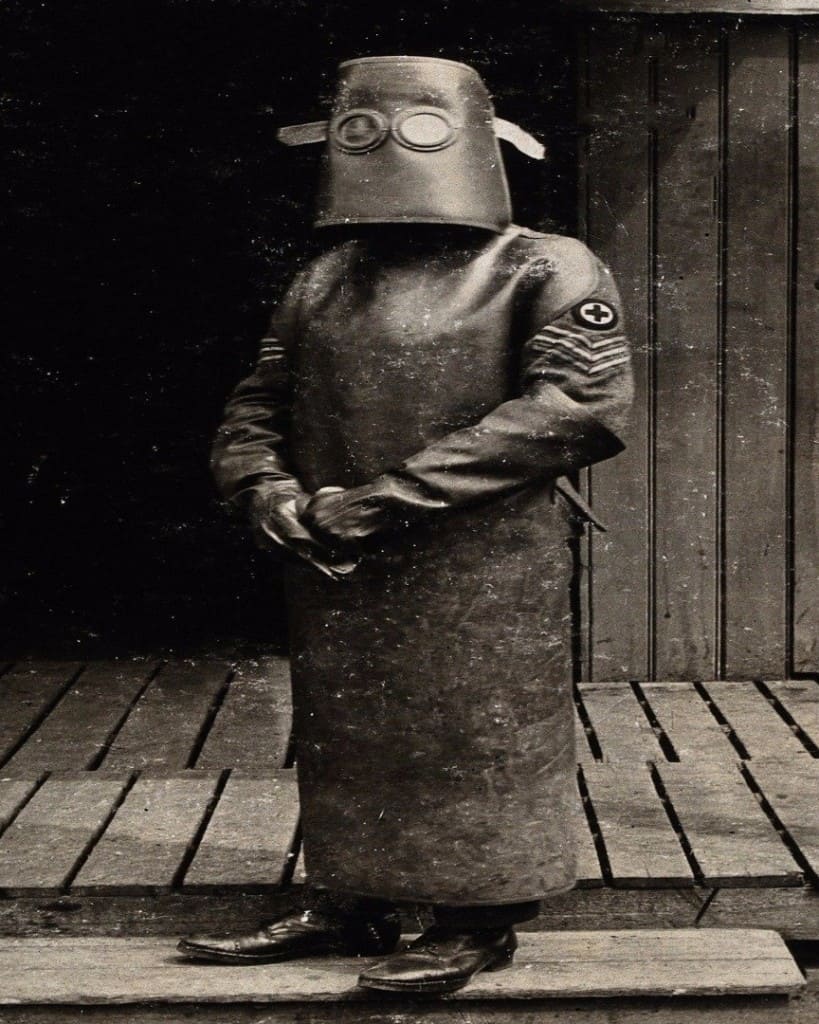 In the early 20th century, the fear of radioactive poisoning was very real and with little in the way of technology, people took safety into their own hands. Whilst radioactive gear was likely ineffective, it certainly blocked out the sun.

Crowds At A Boxing Match 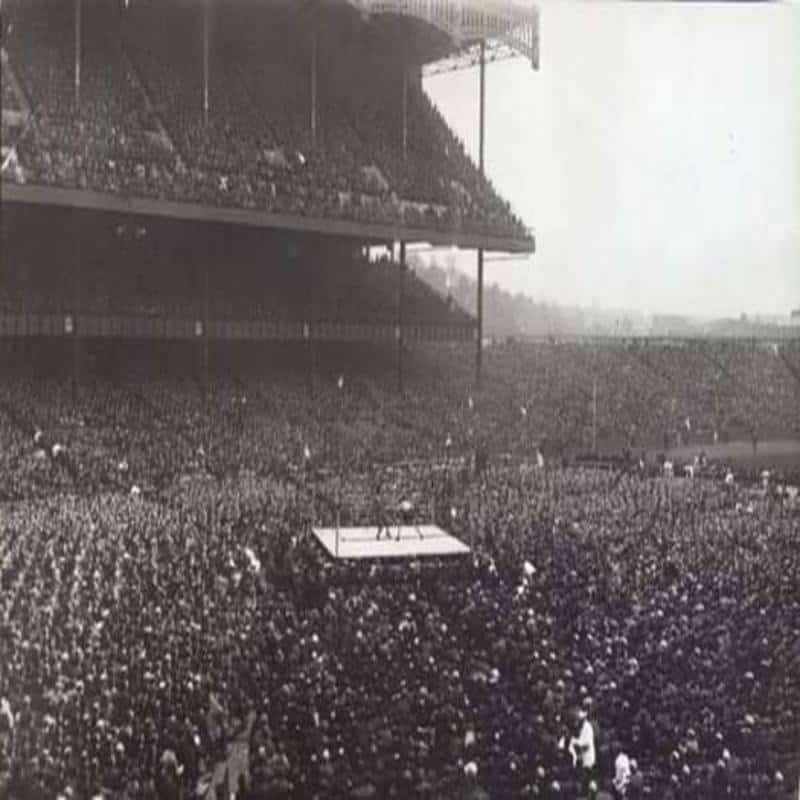 In the 1920s, boxing matches were more than just a entertaining activity; they were a way to meet friends and socialise and as a result, became very busy. This boxing match in New York Stadium really takes the cake, though, packed to the rafters with spectators. 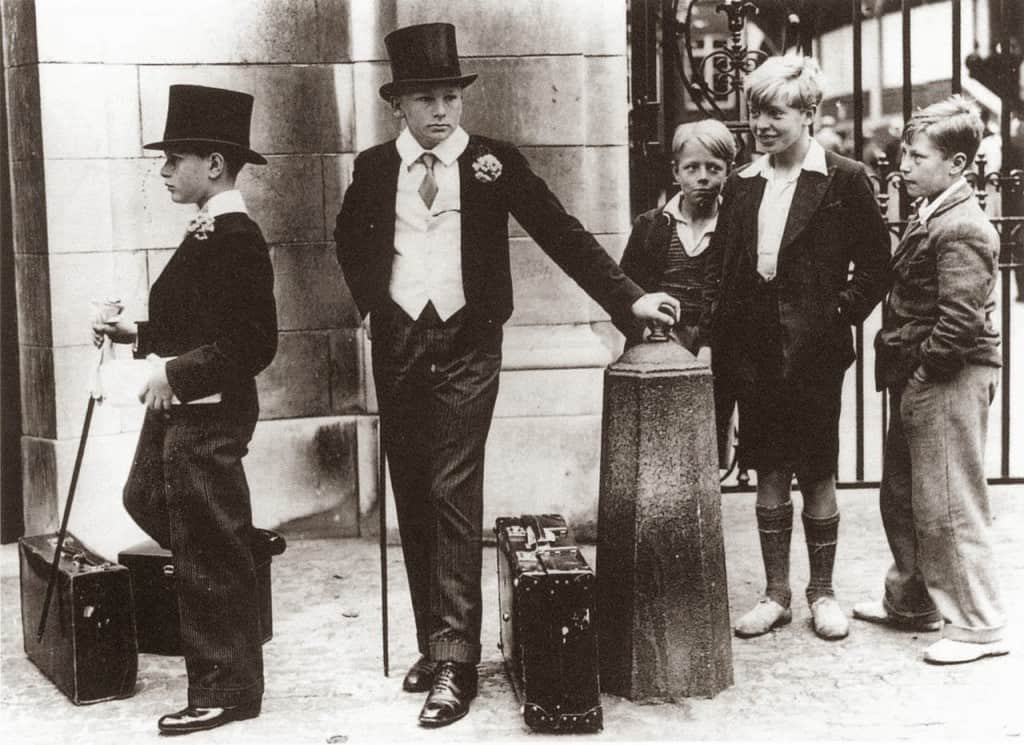 Before the Second World War, there was a huge divide between the richer and poorer classes in Britain. Whilst some lived in luxury and wealth, many more lived in conditions where they were living day-to-day, trying to survive. This image shows the contrast in stark reality. 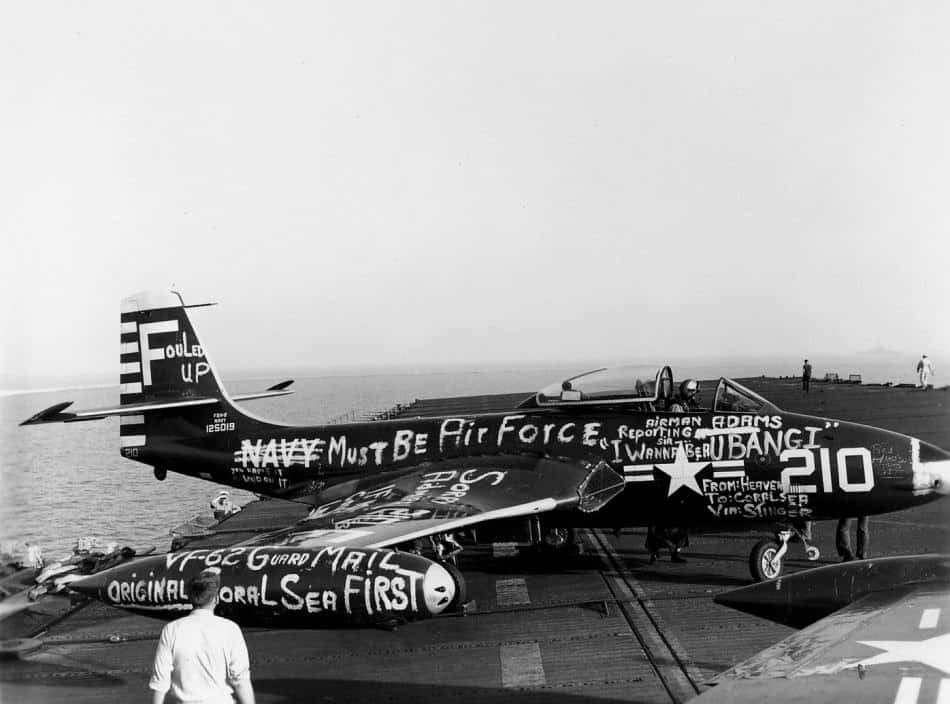 On the rare event that a plane landed on the wrong carrier, it was custom for pilots and staff to deface the vehicle before sending it back. Whilst it was not damaging to the plane, it wounded the ego of the pilot in charge. 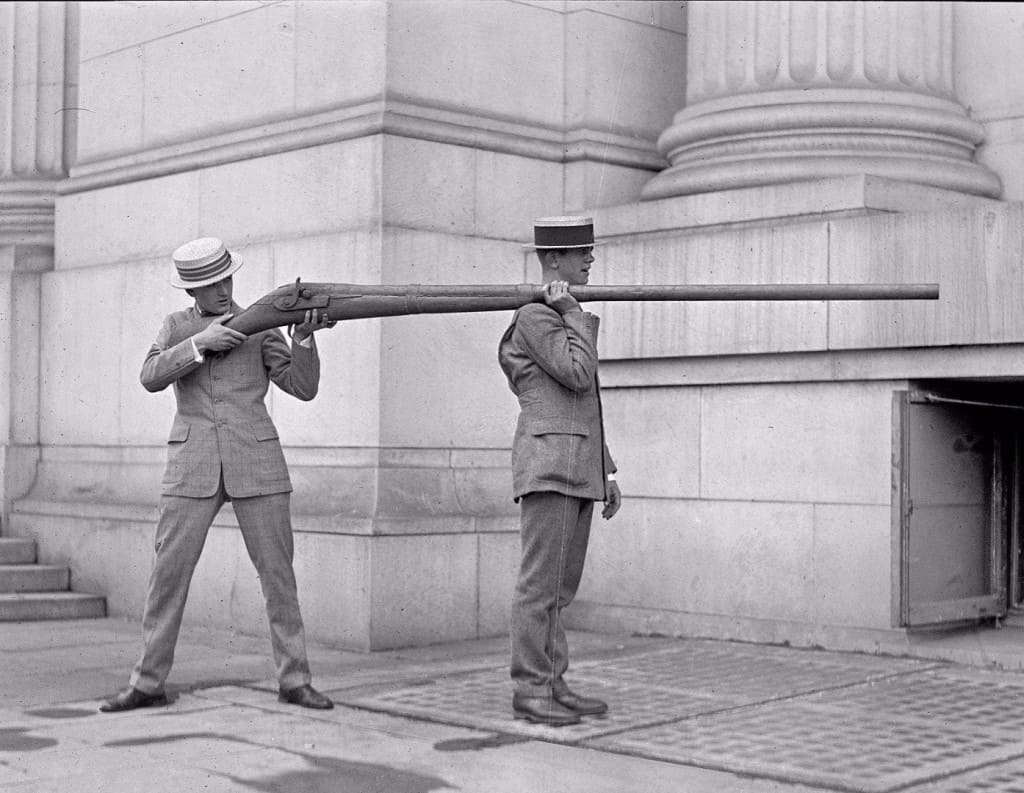 Although duck hunting was a very popular sport in the 1800’s, shooters complained of the rapid speed of the birds. The Duck Punt gun was invented with the ability to kill 50 birds at once and, unsurprisingly, was soon banned. 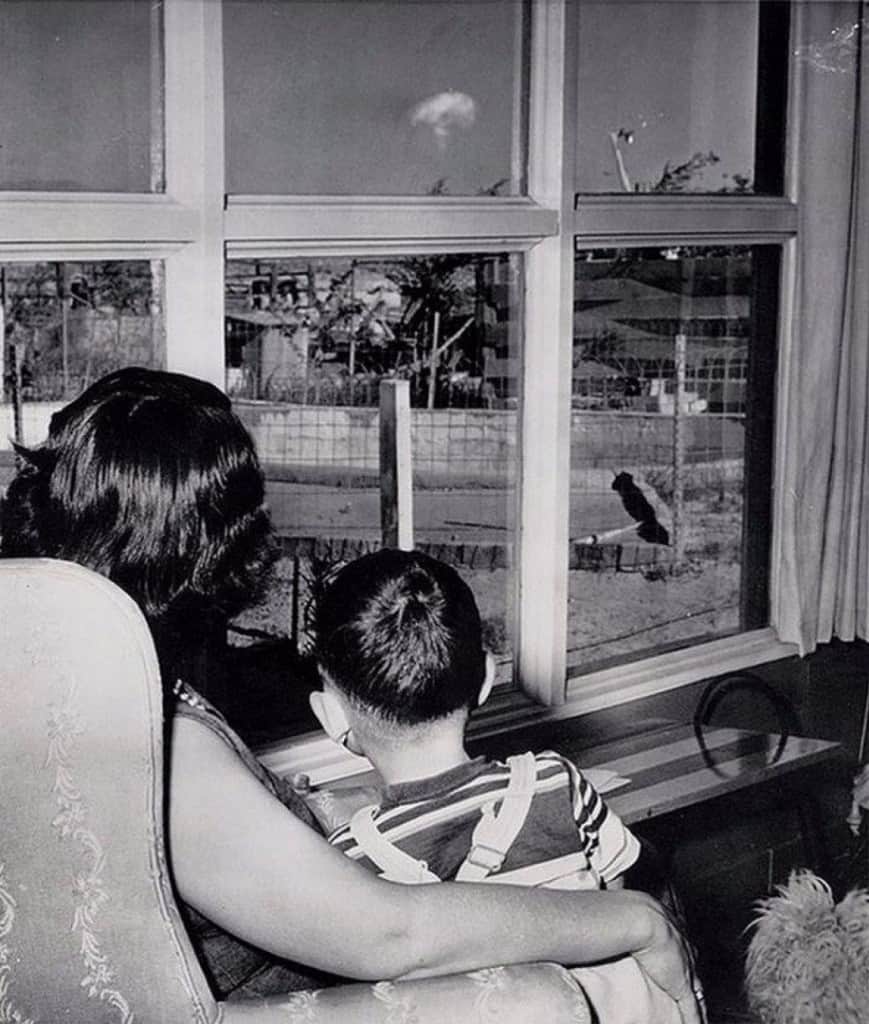 Whilst the 20th century was responsible for some of the most incredible developments in history, it also led to a lot of destruction. This image of a mother and son watching nuclear testing from afar shows the start of a new type of warfare in the world.