20 Things To Do In Atlanta For Memorial Day Weekend 2015

Atlanta is most certainly the place to be for Memorial Day Weekend. Not only are nearly 1.8 million people expected to fly in through Hartsfield-Jackson Atlanta International Airport, but the weekend itself is full of ceremonies, parades, festivals, live music and family oriented activities sure to get Atlanta residents off their couch as well! It’s your choice on whether you’d like to relax, relate or release for Memorial Day Weekend. Either way, we’ll show you how! 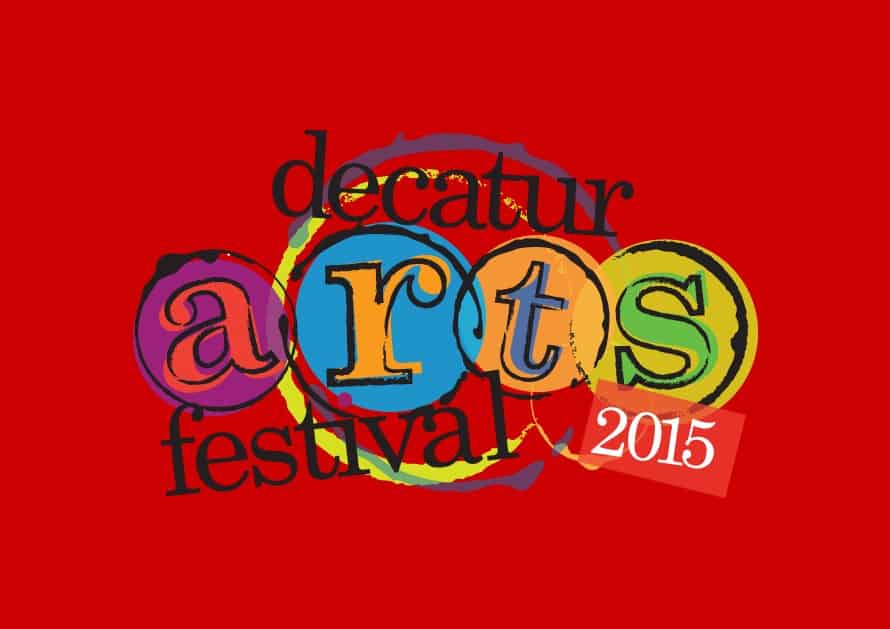 If you love art, go out and support it at the Decatur Arts Festival that runs from May 23rd through May 24th in downtown Decatur. You can expect the artist market (of course), live musical performances, improvisational and stand-up comedy, a children’s festival and parade, literary events, dance performances and more. 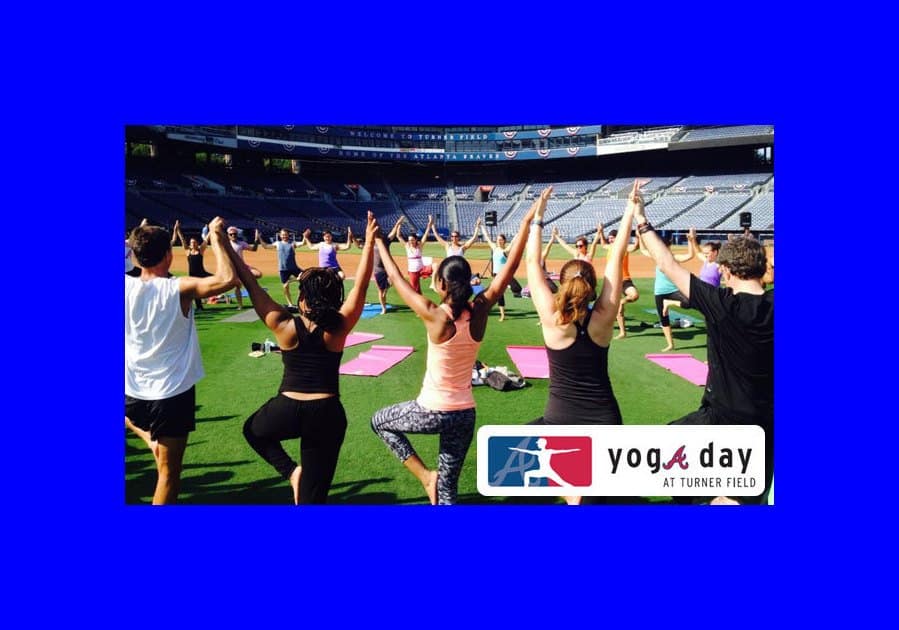 Kick off your Memorial Day Weekend with an hour-long morning yoga class. The class is for ages 12 and up and will be led by expert instructors in the Outfield. Purchase your Yoga Day ticket and enjoy the day at the game and literally on the field in the same day! 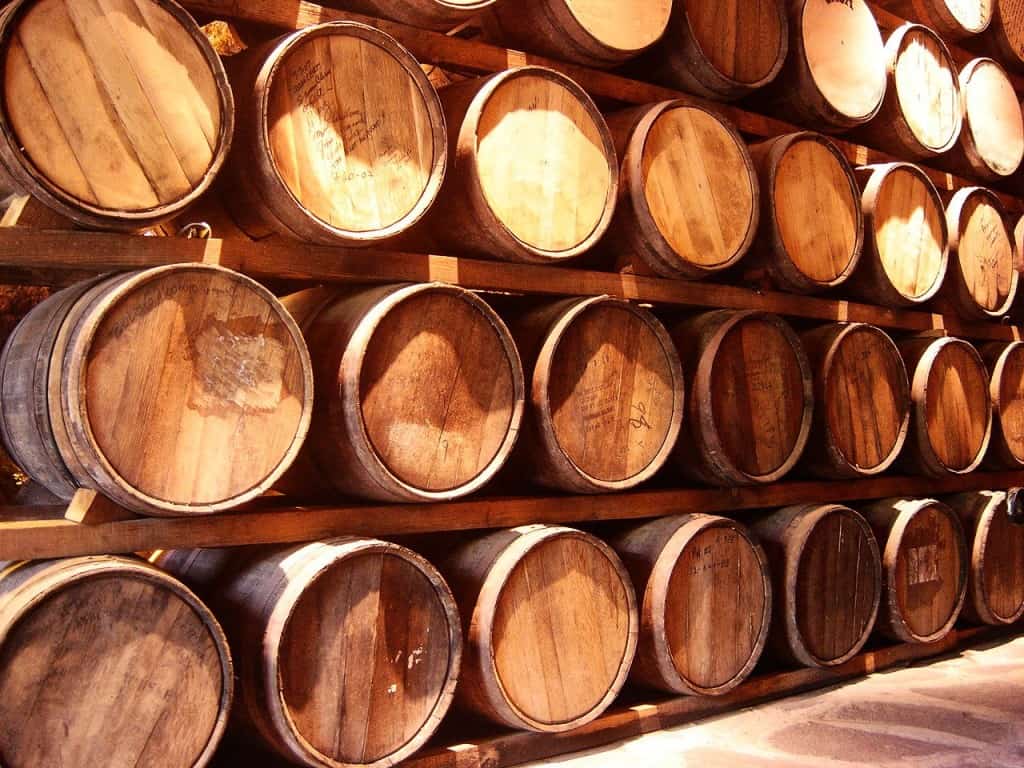 If you love beer & baseball, you won’t believe how far $65 can get you! You’ll visit several breweries, get a ticket to the Braves game, a Chick-Fil-A sandwich, roundtrip transportation, a souvenir glass and gift bag. Can’t beat this deal. 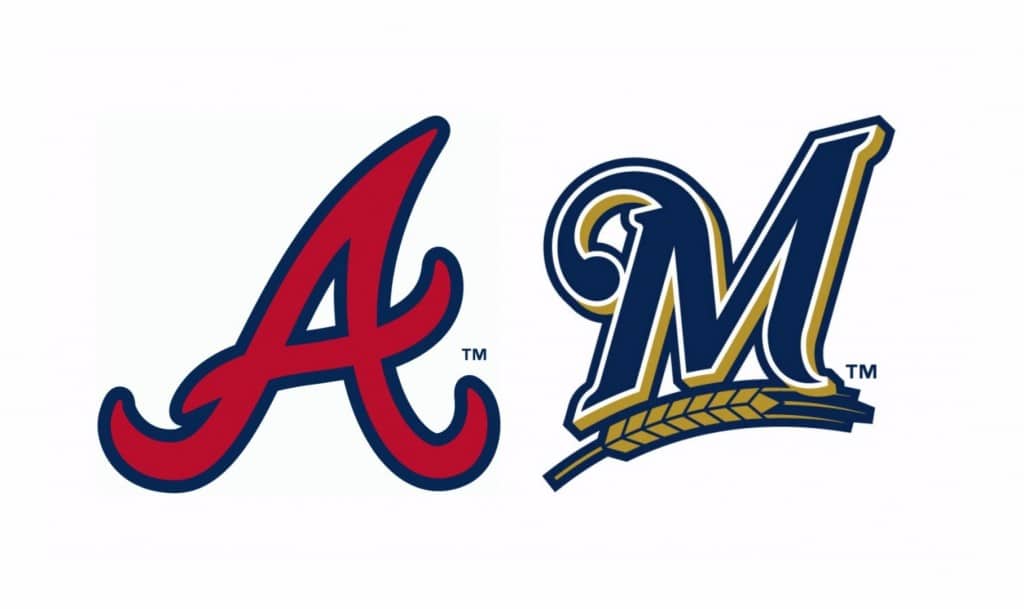 Watch the Atlanta Braves take on the Milwaukee Brewers at Turner Field. Tickets start at $12.

Brew At The Zoo 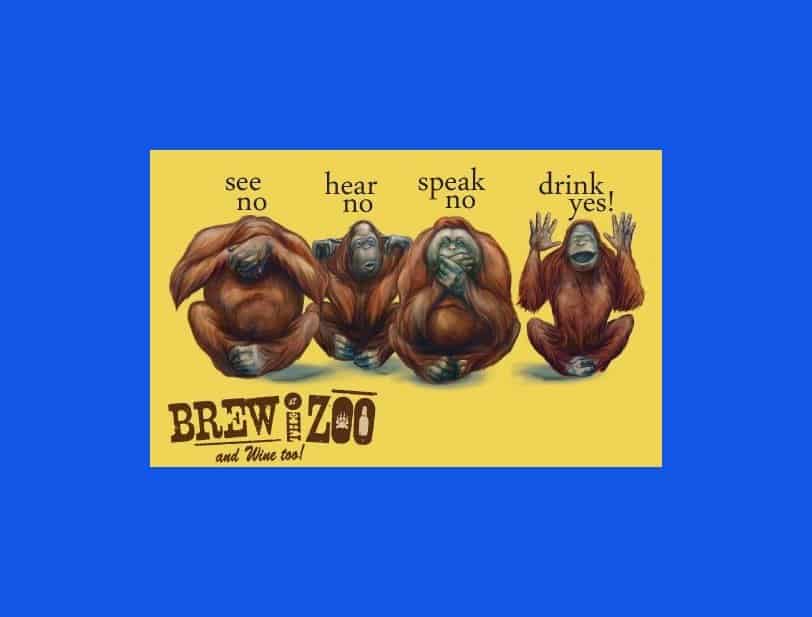 The self proclaimed “festival that will swallow all other festivals whole” takes place on May 23rd at Zoo Atlanta. This festival is jam packed with festivities including: beer sampling (more than 30 beers), a video game truck, ping pong, inflatable skeeball, cornhole, giant Jenga, bocce ball, three-hole mini golf and live entertainment. Tickets start at $38. 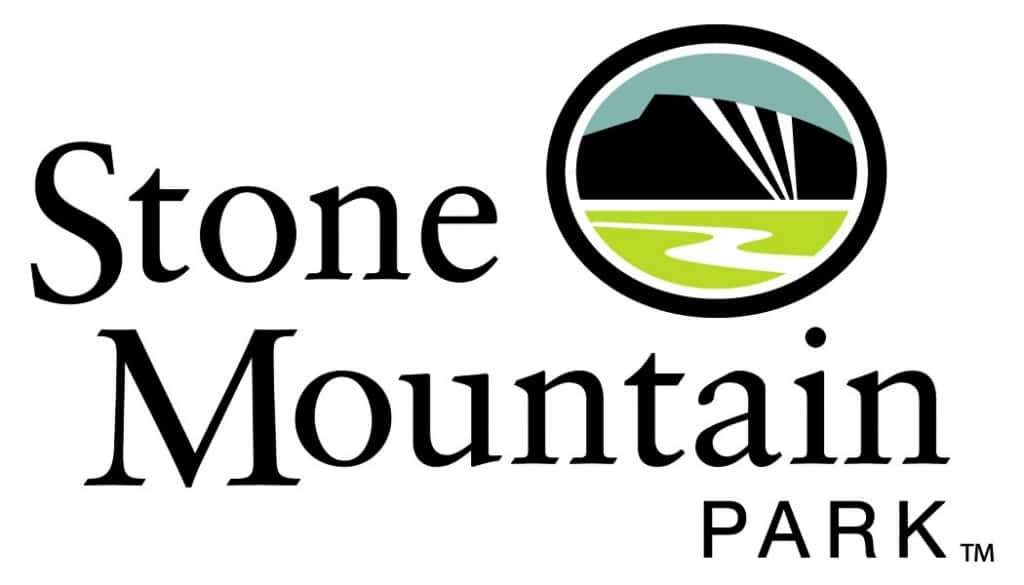 Stone Mountain park will be presenting a special salute to the troops that includes a fireworks finale and a new lasershow with all new breathtaking fire effects. Arrive early to enjoy a full day of adventure and fun filled attractions from a 4-D journey through Rio de Janeiro to Skyhike and more. 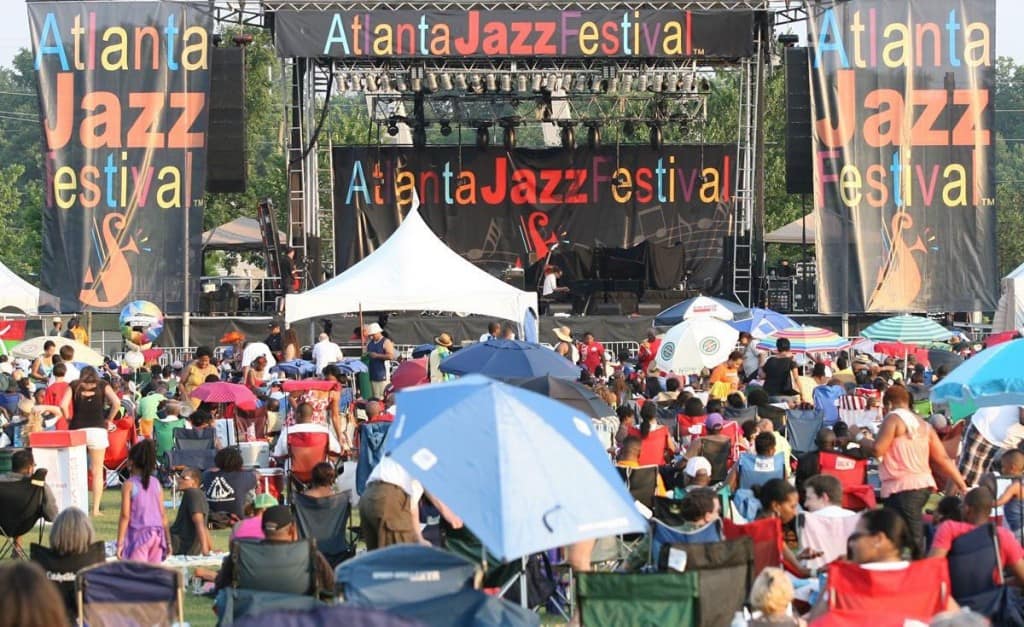 Celebrating its 38th year, The Atlanta Jazz Festival is one of the country’s largest free jazz festivals. It celebrate the legends while also showcasing the up & coming through the city of Atlanta. The festival takes place during the entire month of May and hosts a show-stopping finale at Piedmont Park. 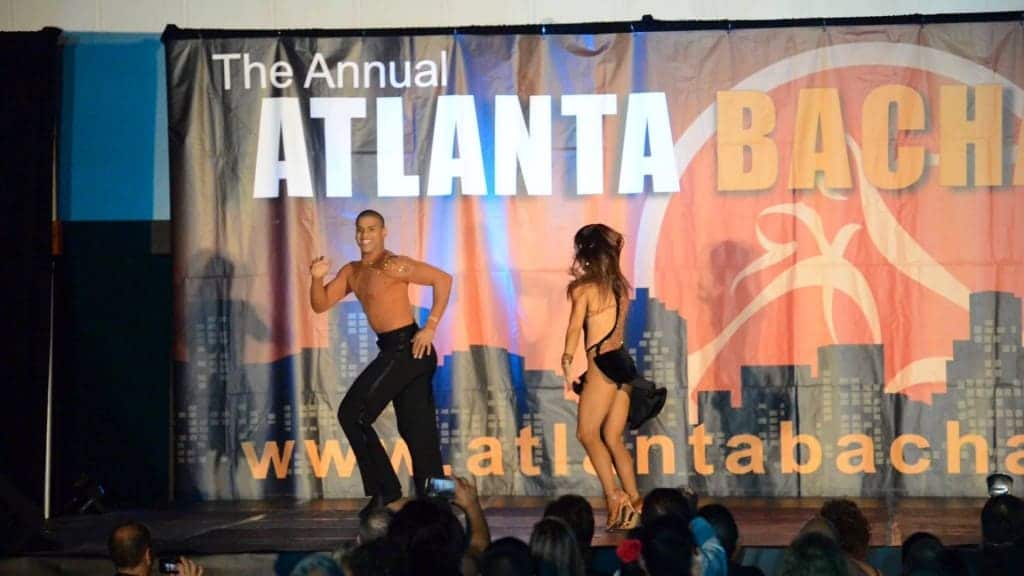 Most known as Atlanta’s premier Bachata and Salsa event, the festival is mixed with dance workshops, showcases and nightly parties. Get ready to discover your Latin side during this festival! Nightly, daily, four day and group passes are now on sale from $15. 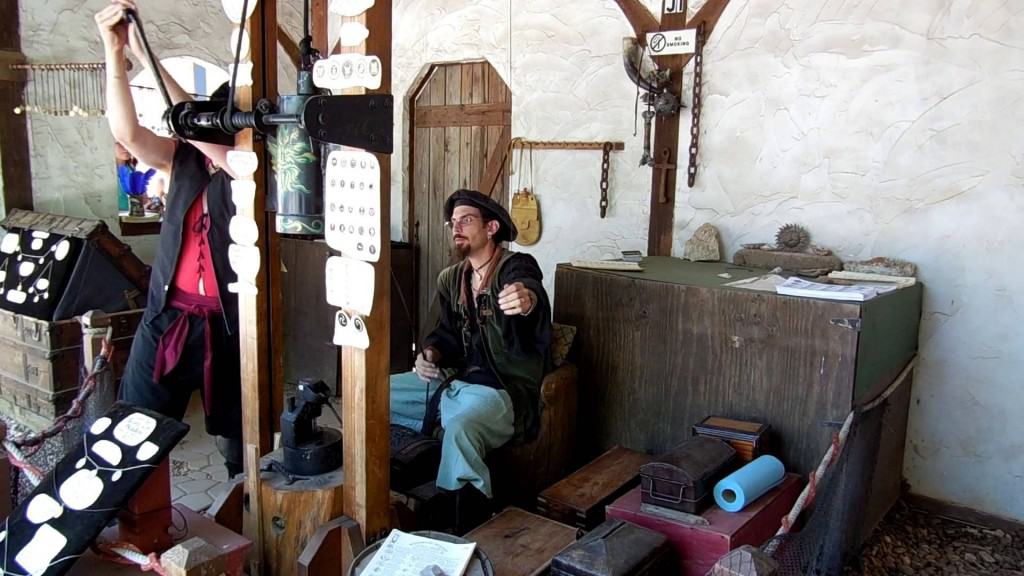 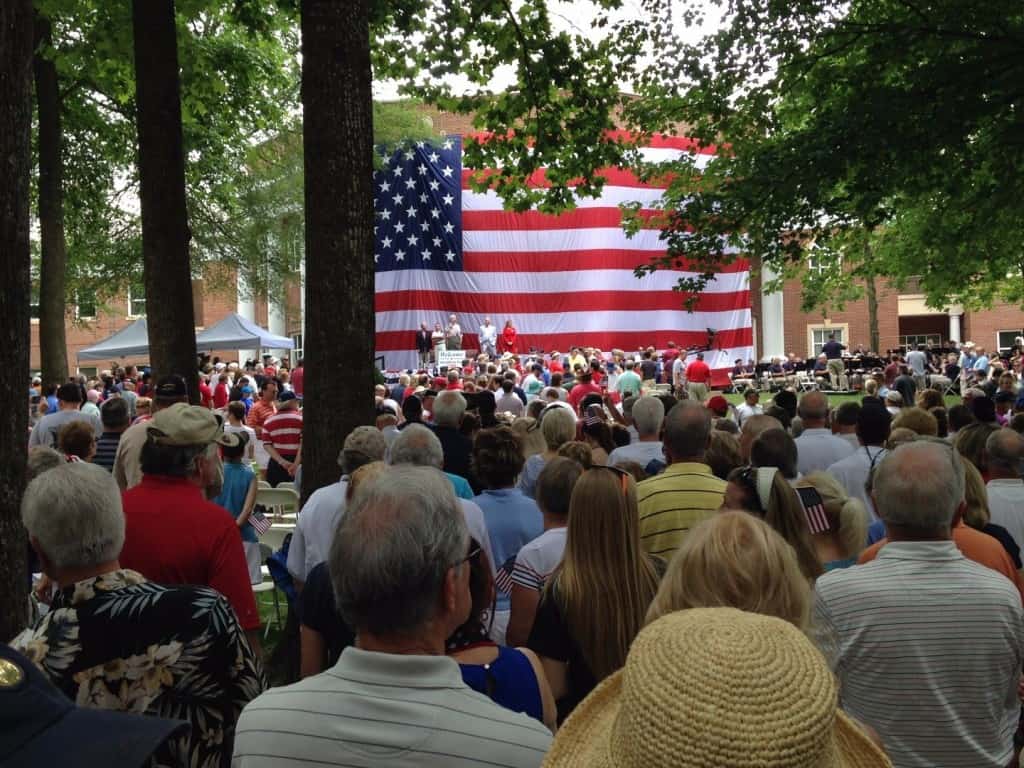 Hailed as the largest Memorial Day ceremony in Georgia, this event attracts 6,000-7,000 people from throughout Georgia and the Southeast. It is a unique event that is both non-political and non-commercial, created to honor the veterans and their sacrifices to protect freedom. 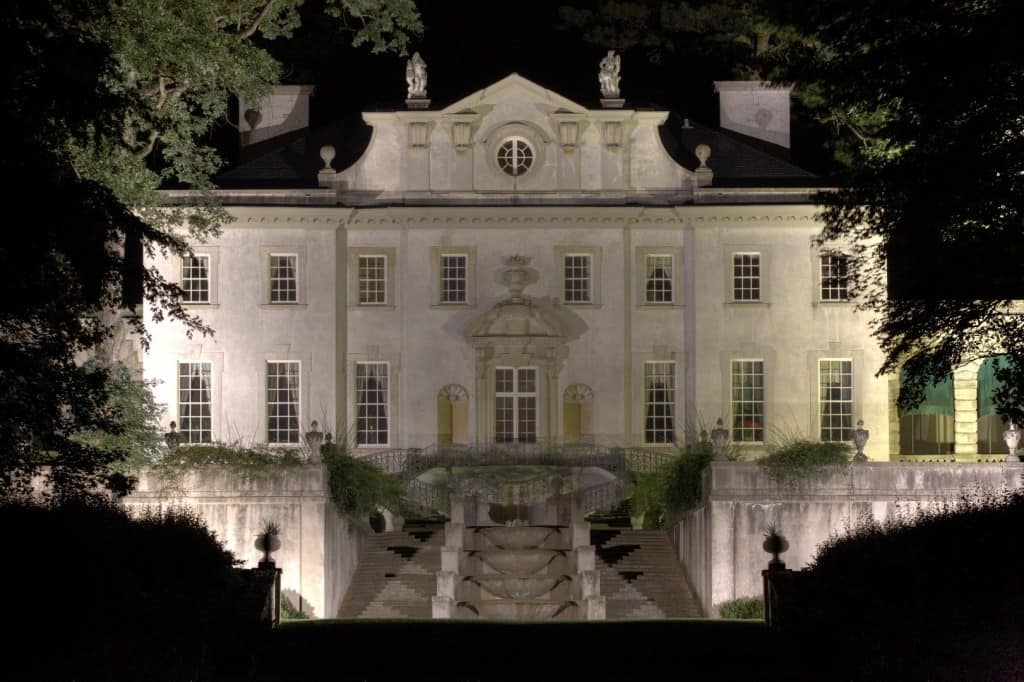 Want an educational activity for the whole family? Visit the Atlanta History Center and stroll through a military timeline from the Revolutionary War to what’s happening now. Meet veterans and hear their stories. Be sure to try a self-guided tour of Veterans Park, using your smartphone to access recorded stories shared by those of served in the Armed Forces.

Memorial Day Ceremony At The Park At City Center 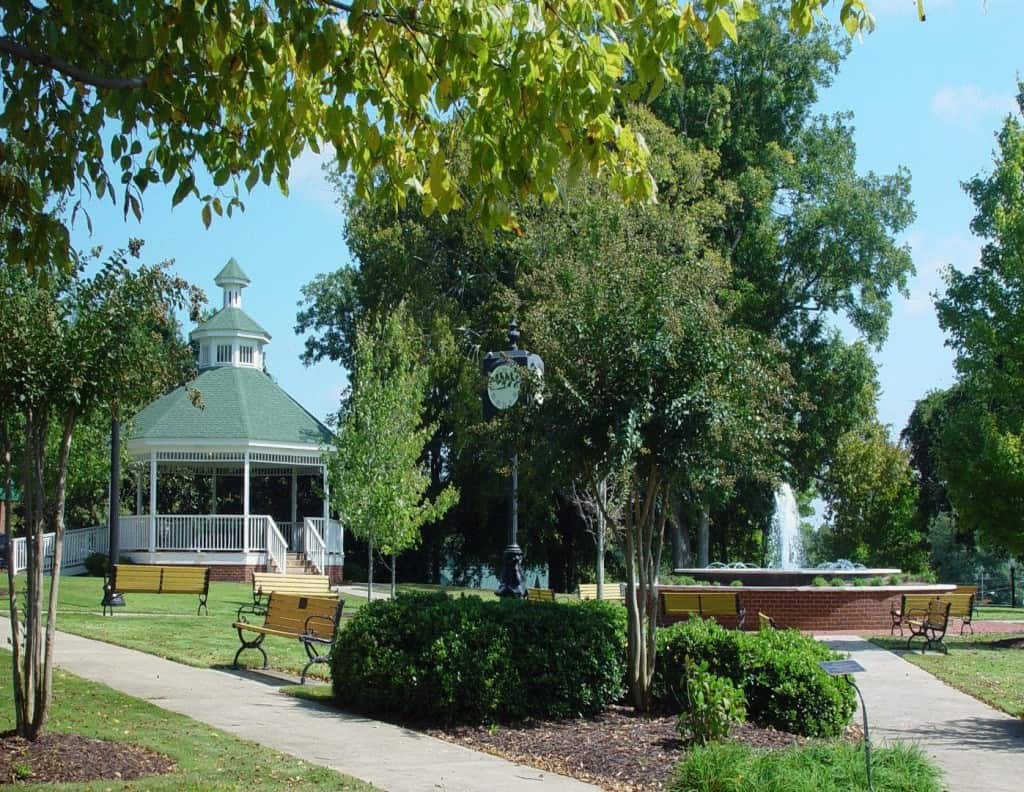 The city of Woodstock, in collaboration with the American Legion, Marine Corps League and other groups, will show their gratitude to veterans who have fought and are fighting for freedom. Everything kicks off at 10am. 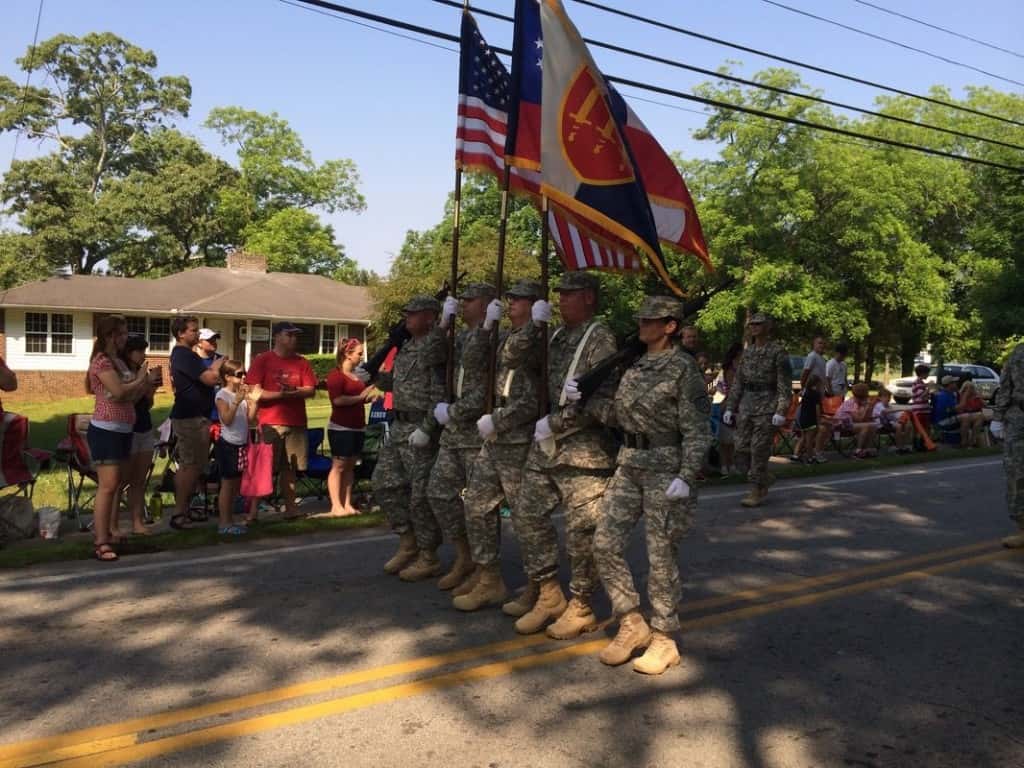 In its 22nd year, the annual Dacula Memorial Day Parade will take place on May 25th at 10am. This year’s theme is “They gave their lives to protect their country.” The parade will feature a C-130 Aerial flyover, a 94th Airlift Wing and 700th Airlift as well as the Squadron Dobbins Air Reserve Base of Marietta, GA. 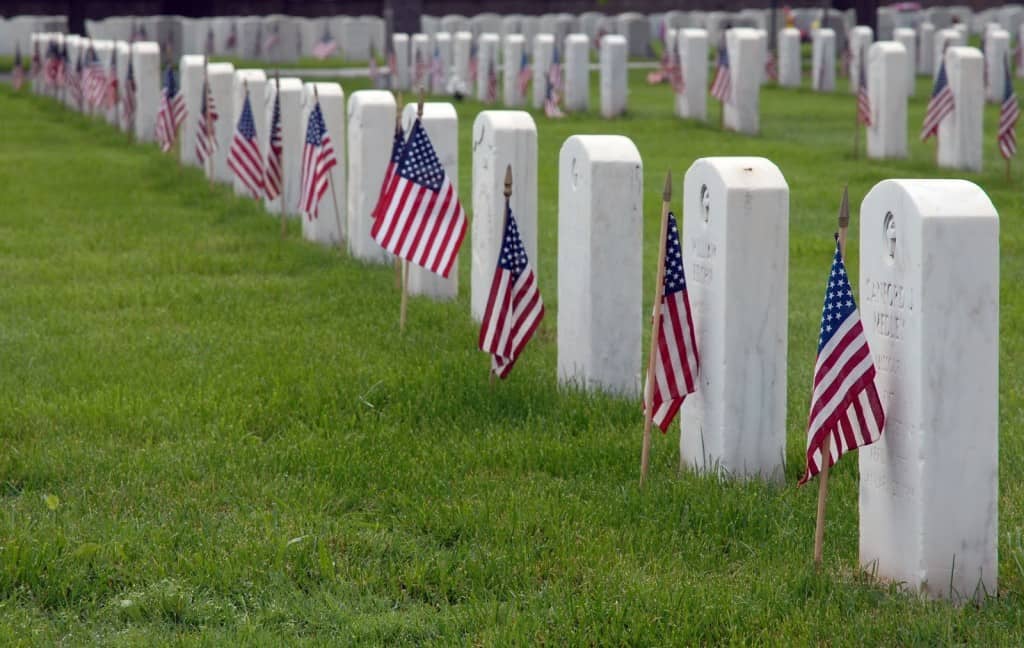 Hosted by The National Memorial Day Association of Georgia, the annual Memorial Day ceremony takes place on Monday, May 25th at noon. The free event will honor the veterans of past, present and future. The ceremony will feature inspirational speakers, prayers, a gun salute, posting of the colors and patriotic music. 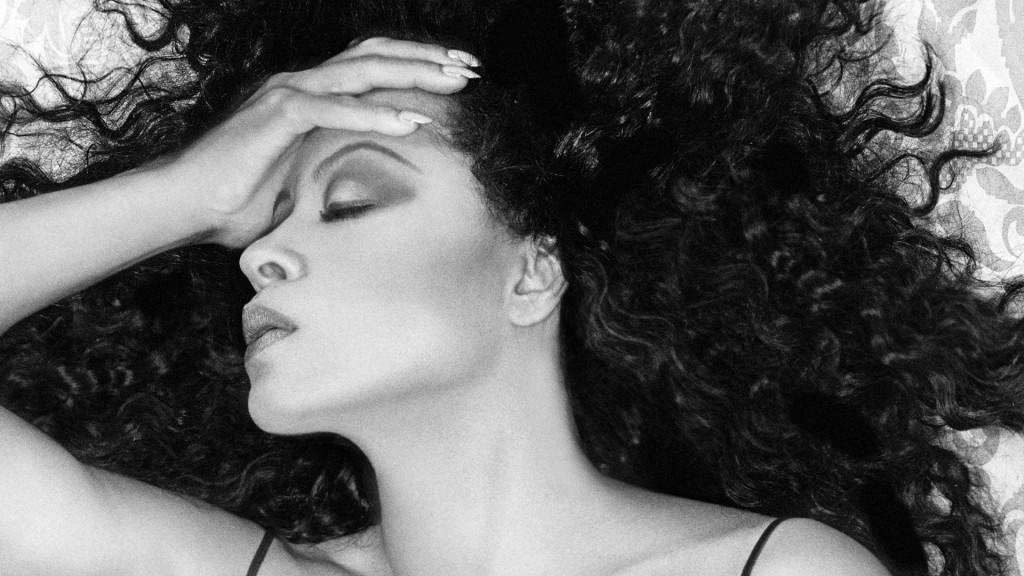 Start the weekend off by grooving to the legendary Diana Ross on May 22nd. The live show takes place at Chastain Park Amphitheater and begins at 8pm. 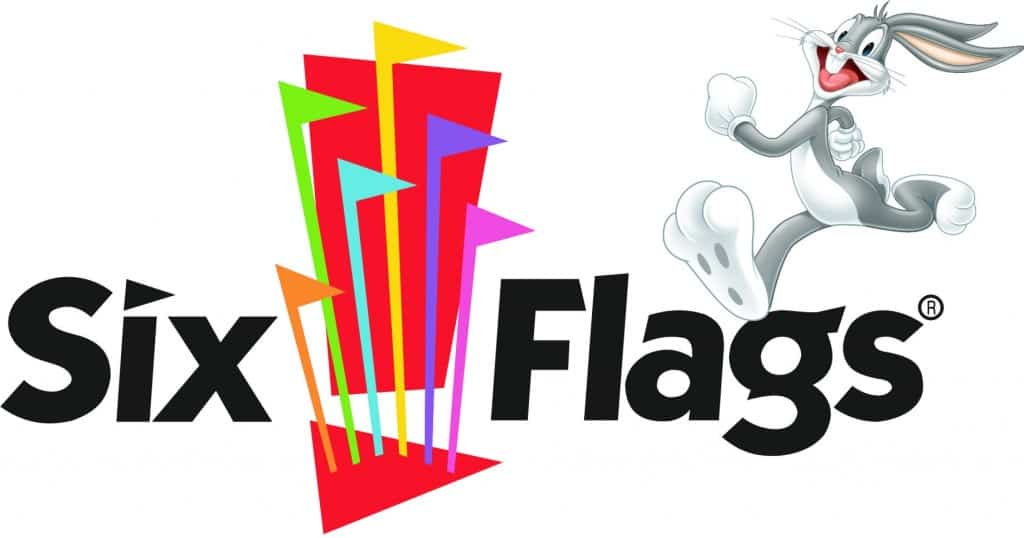 Memorial Day Weekend kicks off Six Flags Over Georgia’s daily openings and will mark the opening of new rides and areas. The amusement park’s Gotham City area, Joker Chaos Coaster and the Harley Quinn Spinsanity are just a few of what you can expect to experience. 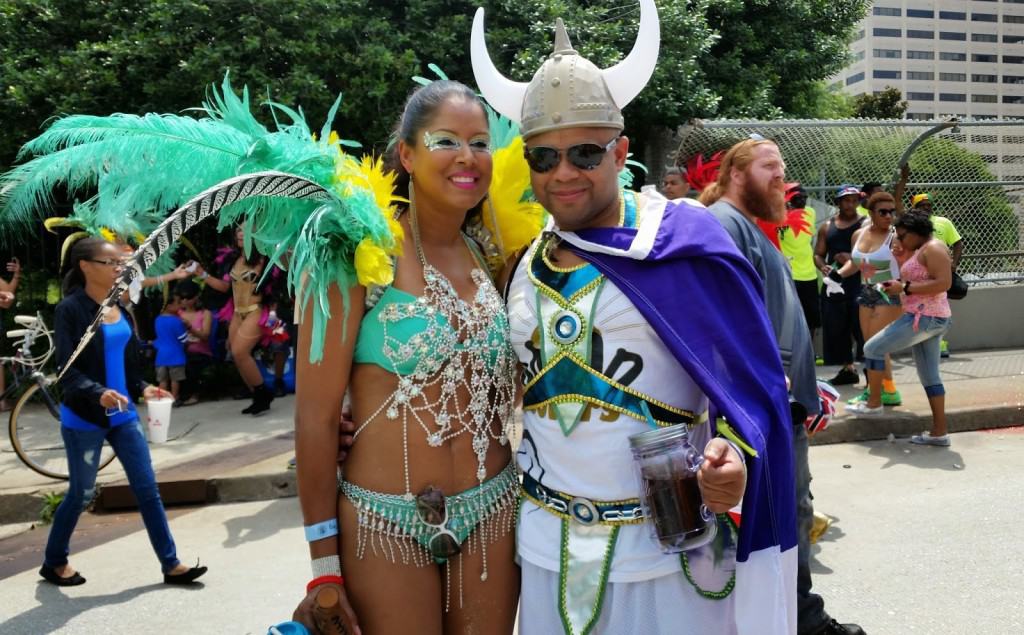 With a mission to promote a broader understanding and deeper appreciation for Caribbean culture, get ready for the Atlanta Caribbean Carnival. Turn up with a parade, festival village and live music from 10am until 10pm in Atlanta’s historic Old Fourth Ward Park on May 23rd. Tickets from $15.

Memorial Day At The Beach 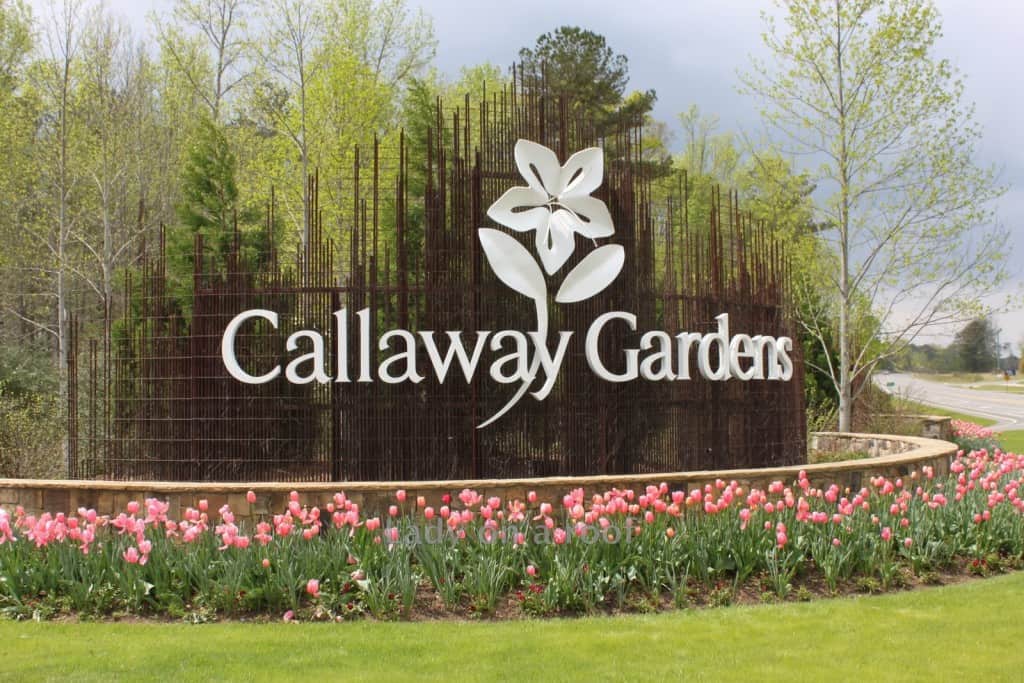 Start your Memorial Day Weekend Festival of Callaway Gardens, that features the 56th Masters Water Ski & Wakeboard Tournament. There will be a host of attractions at Robin Lake Beach including live music, a farmers market, kid zones, good food and great drink specials.

If you’re a film buff, head over to the Marietta International Film Festival to take in new films and emerging film directors on May 23rd. The festival will run from 10am until 11pm and tickets begin at $10. 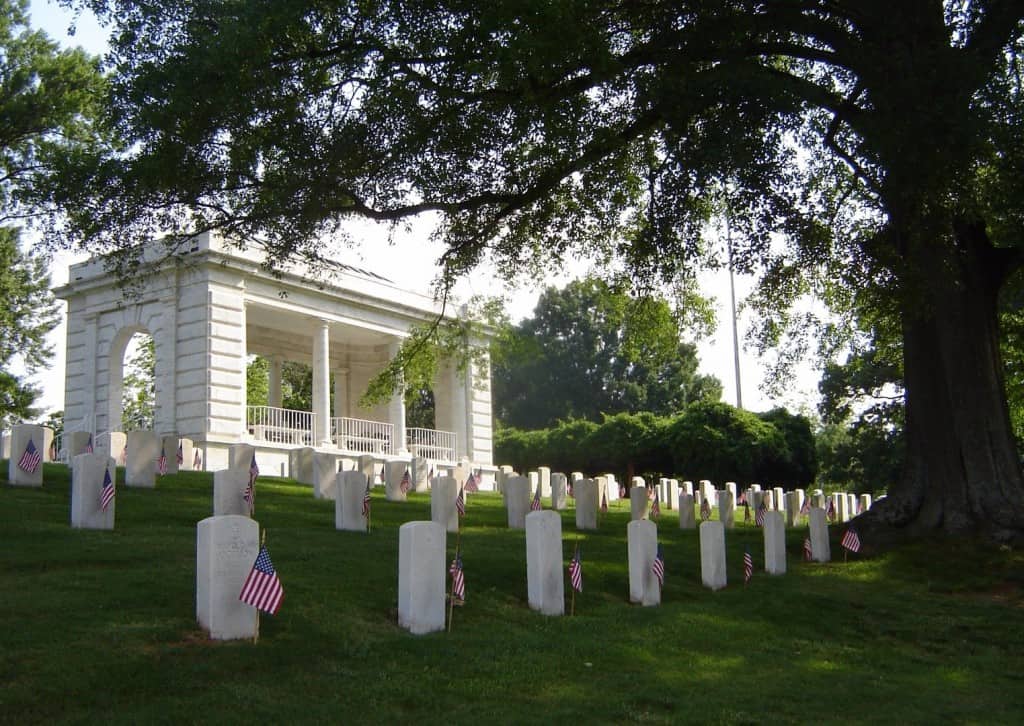 Take the little boy scouts in your family and join The Atlanta Area Council Boy Scouts of America Foothills District as they place flags on the more than 18,000 graves of U.S. military veterans in the Marietta National Cemetery. Admission is free and everything starts at 8am on May 23rd.