20 Things The Movies Taught Us About High School

High School, like pretty much everything else in life, seems so much better in the movies. Access to better clothes, make-up and impossibly attractive actors takes the average schooling experience and ramps it up to ten and, unless you’re a movie star already, there’s no point in comparing it with your own. More often than not, however, High School films get it right and if you’re in need of a life lesson or two, there’s no better place to look than the movies. 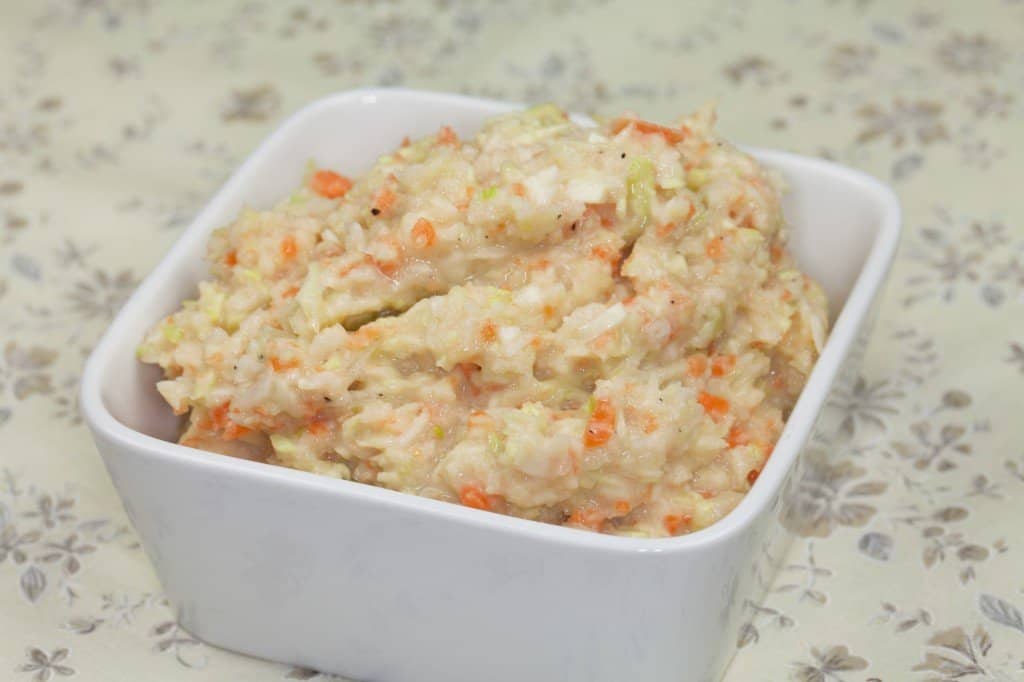 Rule number one: Cafeteria food is not to be trusted. The coleslaw might seem like the perfect side dish to your lunch but unless you were personally involved in its preparation, don’t even think about getting involved. Only bad things come from eating the coleslaw 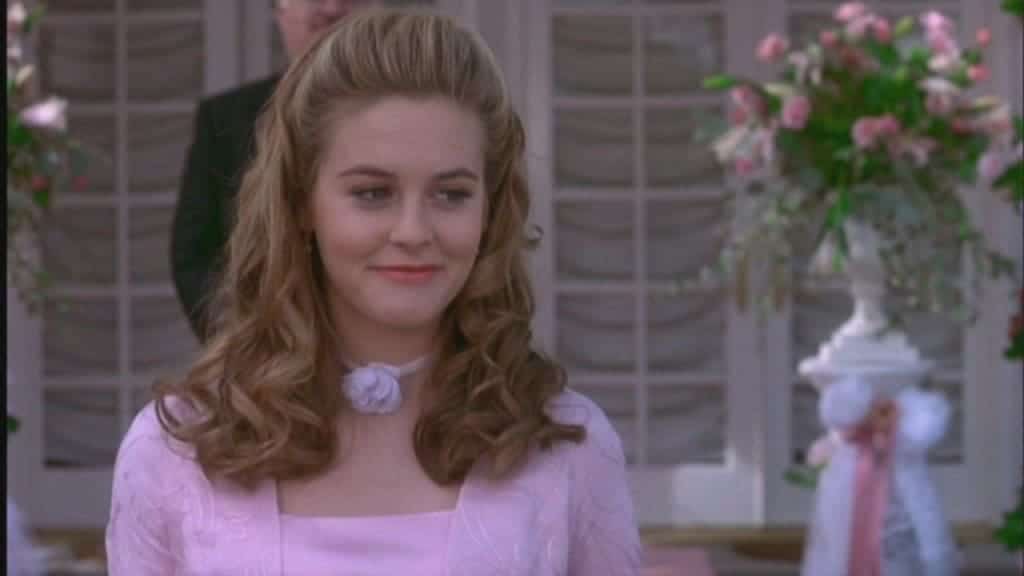 Need I continue? Pretty much across the board, the High School hottie is blonde. There’s just something about the fairer hair which makes you instantly attractive to others. Call it physics, call it what you want; there’s no denying it.

Don’t Punch Above Your Weight

If you’re a geek, or a musician or a loner, stick to your place. When people try and punch above their weight, only bad things tend to happen. High School has an unspoken ranking system in place and whilst it might seem cruel, it’s there for a reason.

Don’t Judge A Book By Its Cover 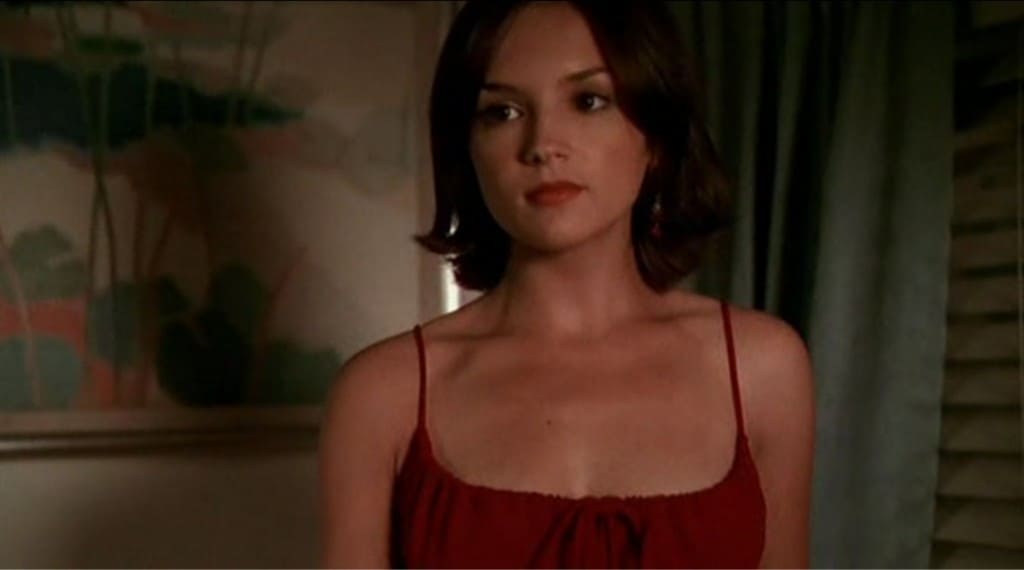 At the same time, don’t assume that you know who someone is just by their clique. People will surprise you with hidden talents and if you’re in movie land, it’s more than likely you will discover them. 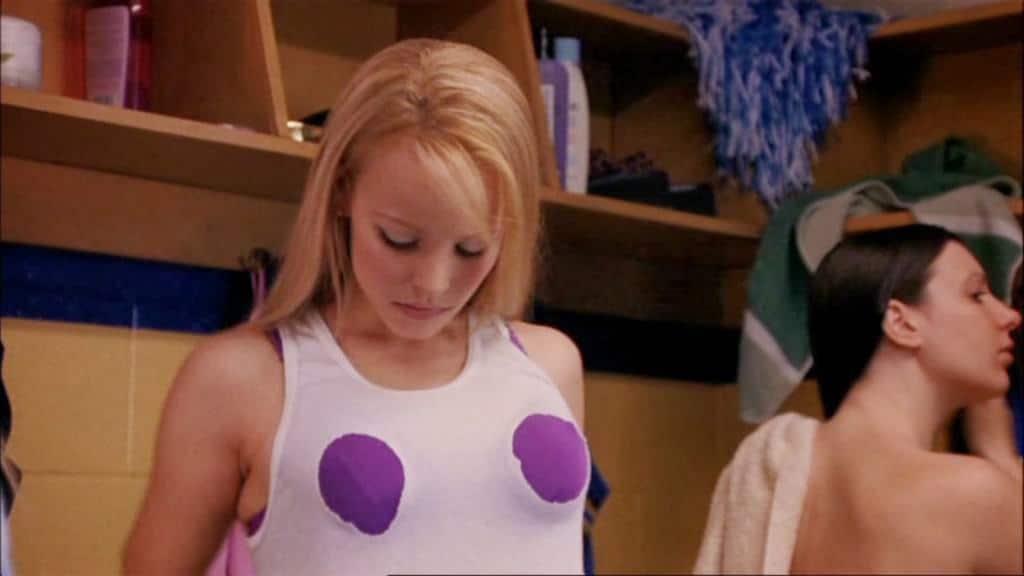 Fashion in the real world and fashion in High School are two completely separate entities. If the popular girls in your school start wearing something you’ve never seen before, you’d better believe that it’s about to spread like wild fire.

Bad Guys Always Get Their Comeuppance 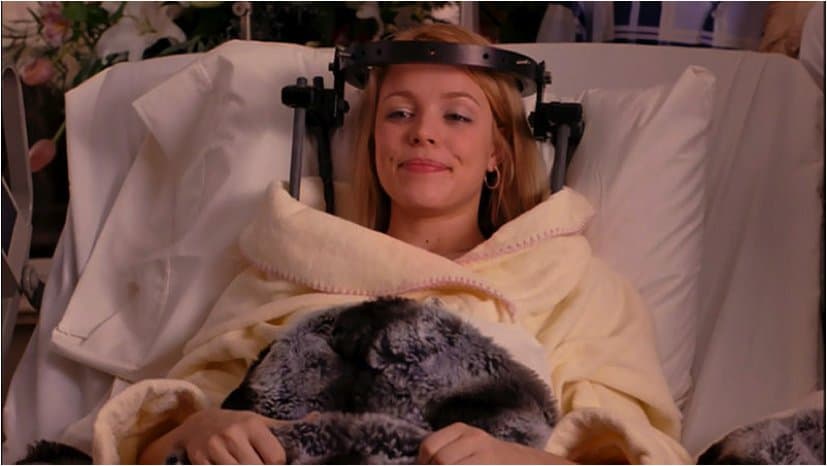 That bad guy (or gal) that’s throwing their weight around at the beginning of the film is such a pain. Never fear, there is always something waiting for them down the line to put them back in place. If you become too controlling, High School has ways of sorting it out.

Everything Happens At the Dance 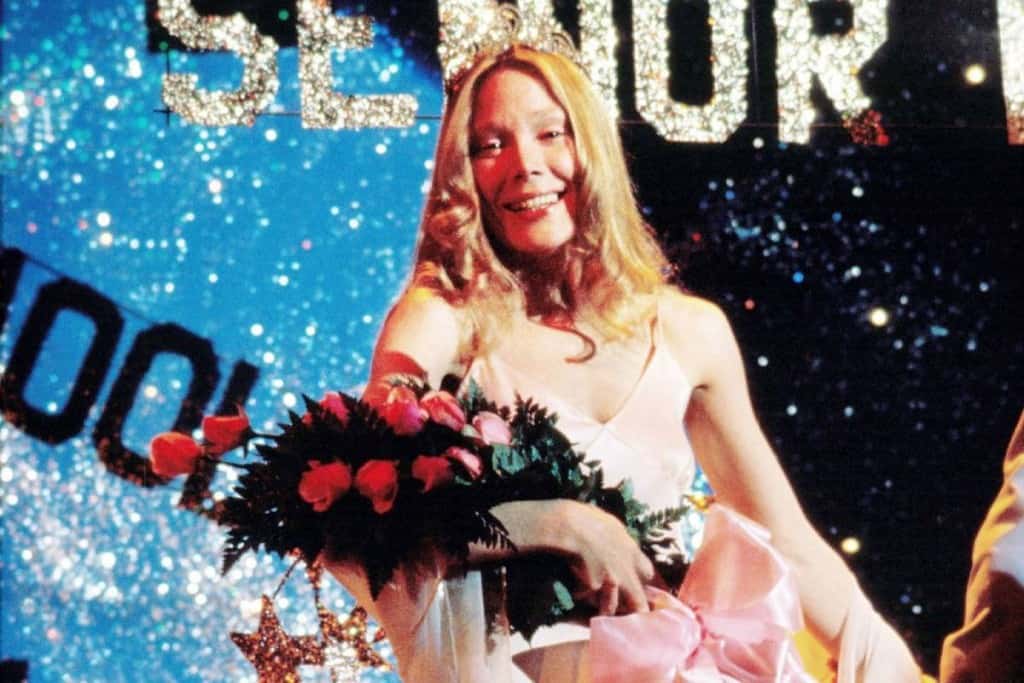 Got into an argument with your boyfriend? Sort it at the dance. Have a bone to pick with the bully. Meet them at the dance. Involved in a fledgling relationship? The dance. Everything that’s anything happens at “the dance” and if you’re not there, you’re not anyone.

Identity Is A Fluid Thing 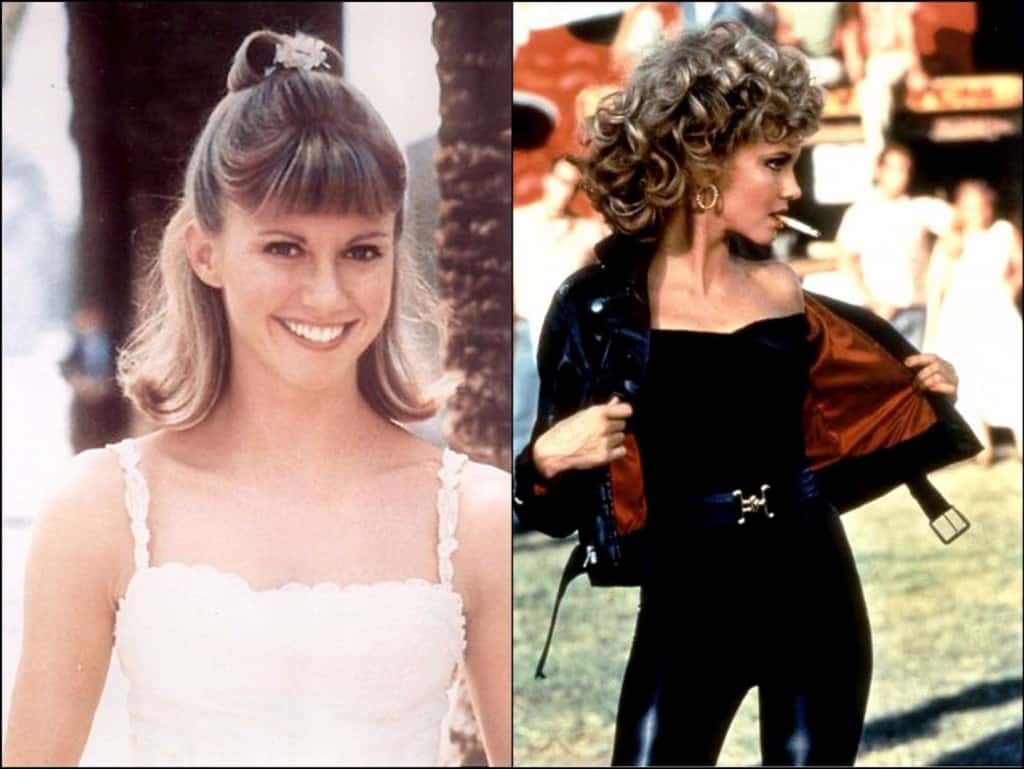 Take the glasses off a geek and you’re left with a beautiful, shiny person. Remove that head brace and you’ve got yourself a regulation hottie. You might be defined by your clique, but it is easier than anywhere else to change who you are. Just get a makeover. 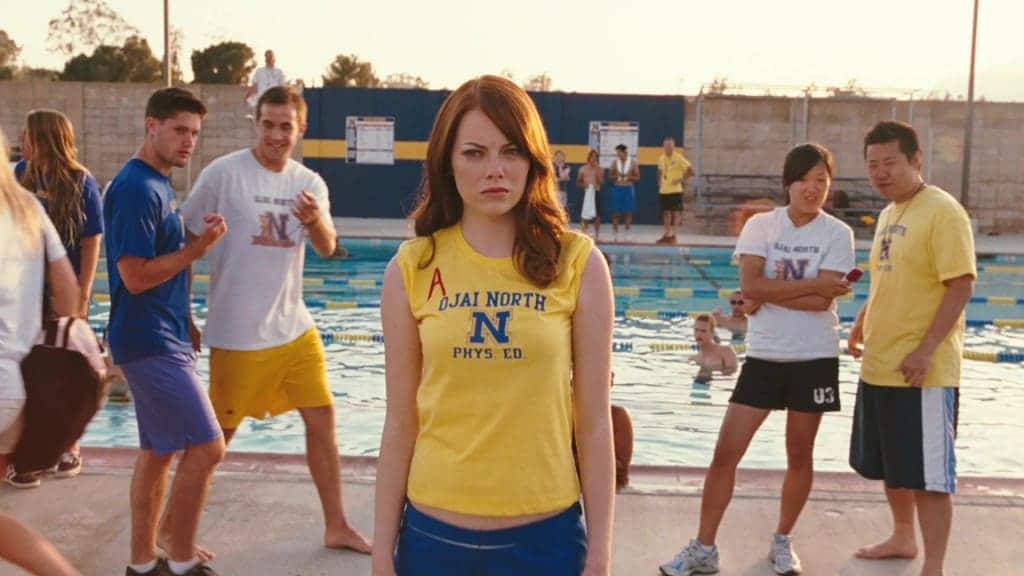 You’ll go through ups and downs, make friends and break friends and somehow come out alright in the end. Things which take over a person’s life in one moment will cease to exist in a few months. High School is fickle like that.

Challenging the Rules Is A Must 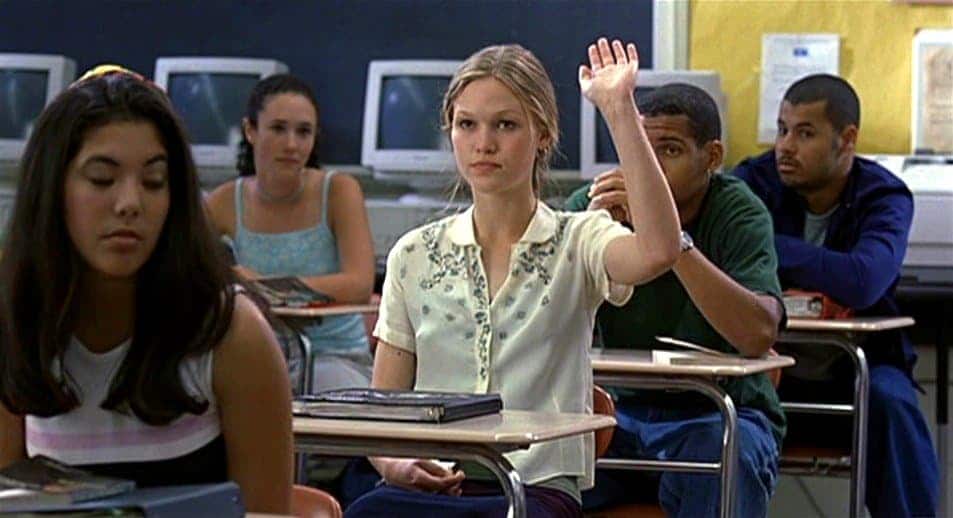 Your High School is nothing without someone challenging the rules. If you haven’t had a protest in one of your classes, you haven’t lived. Stand up for what you believe in, while you still have the guts to do it.

Always Ask Your Crush To Prom 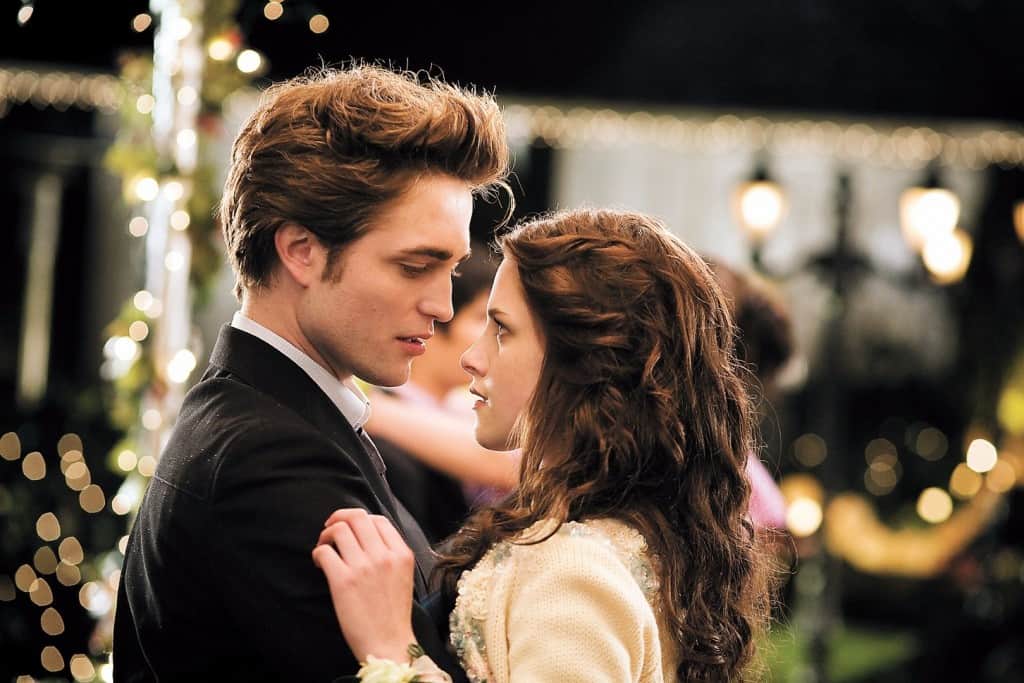 Anything can happen at the Prom and more often than not, it does. High School dances have the power to transform mere mortals into superheroes and if there’s someone you’ve got your eye on, take a chance and ask them out. Prom will do the rest.

Sports Are More Important Than Life 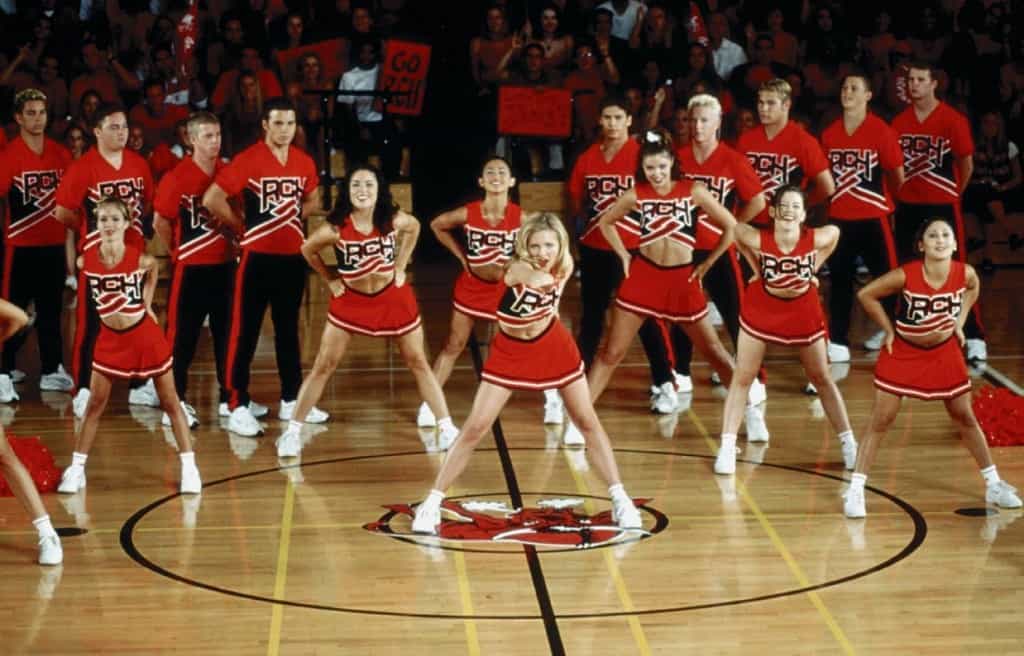 If your sports team is performing badly, you might as well hang up the towel and give up now. High School sports are a big deal and if your school doesn’t have any sports stars, it will be a laughing stock.

Teachers Aren’t Just There To Teach 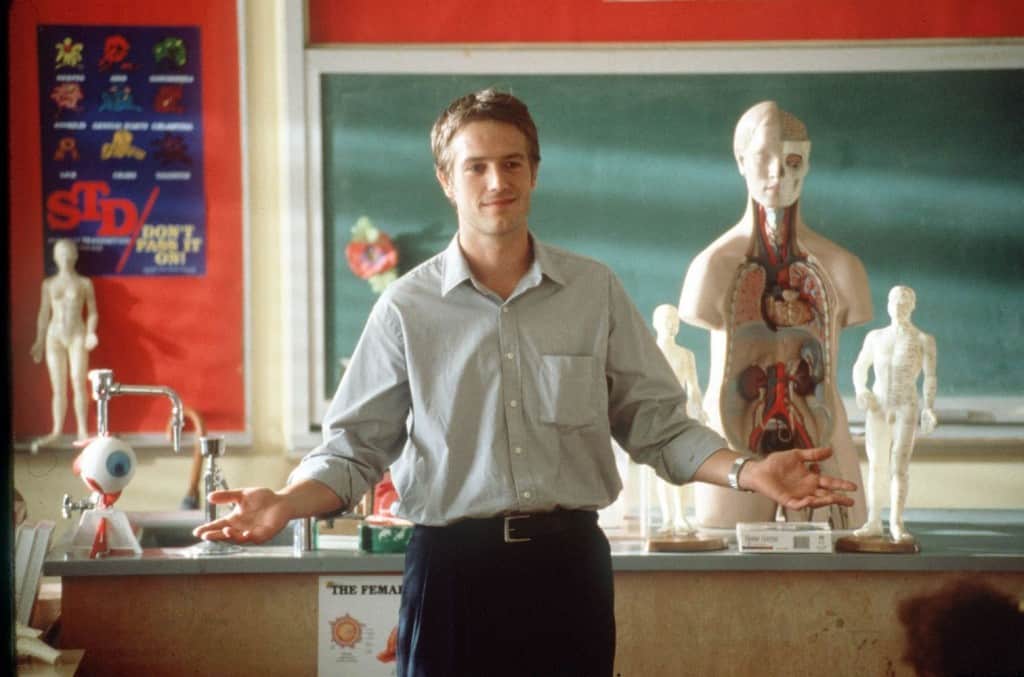 If your teacher stands at the front of the class and gives you homework, you’re missing out. Teachers are there to flirt with, to learn life lessons from and maybe, to set up with other people. Get talking to your teacher now, before it’s too late.

When In Doubt, Break Into Song 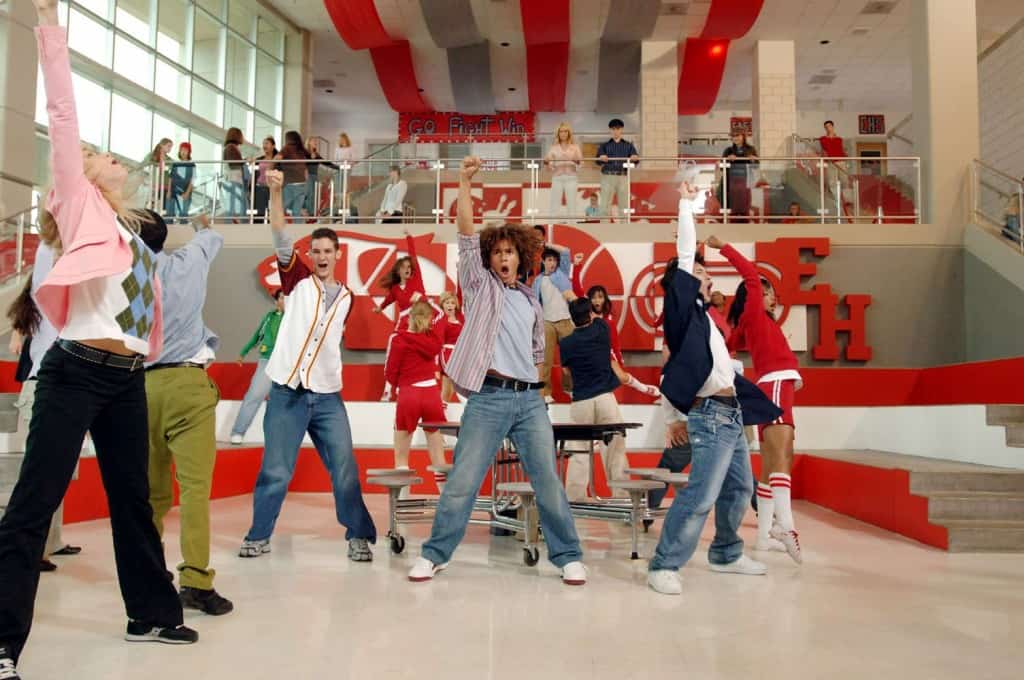 In High School movies, anything goes and if you’ve got something that’s on your mind, sing about it. Segwaying from speech into song is actually way easier than it looks and if you’ve got the vocal chords, people won’t question you for a minute.

You Can Pretty Much Get Away With Anything 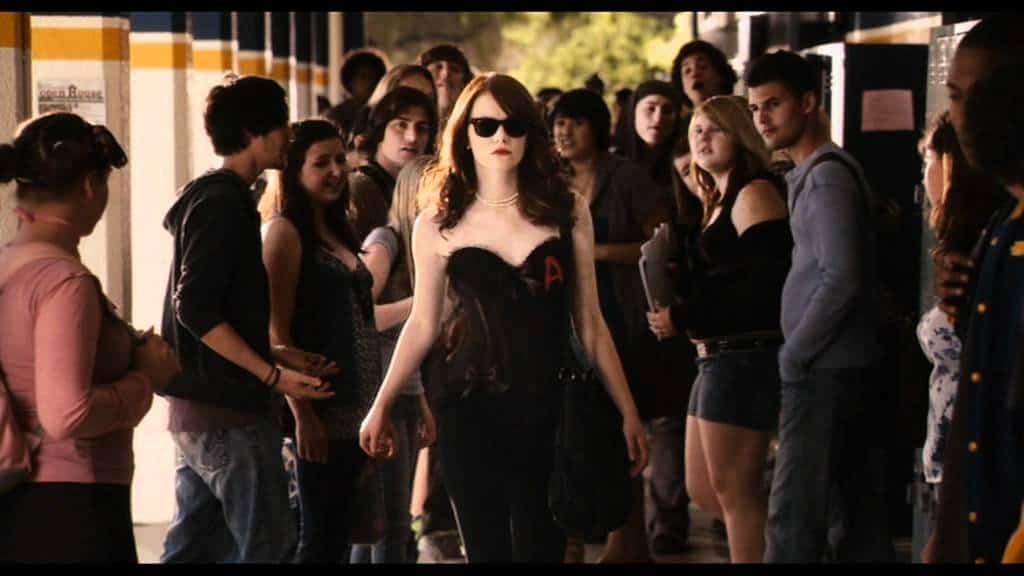 Have you caused mass hysteria and fighting amongst your classmates? Did you break up the marriage of two of your teachers? Don’t sweat it. Tomorrow’s another day and it’s more than likely that it will all be forgotten.

Food Fights Are An Everyday Occurrence 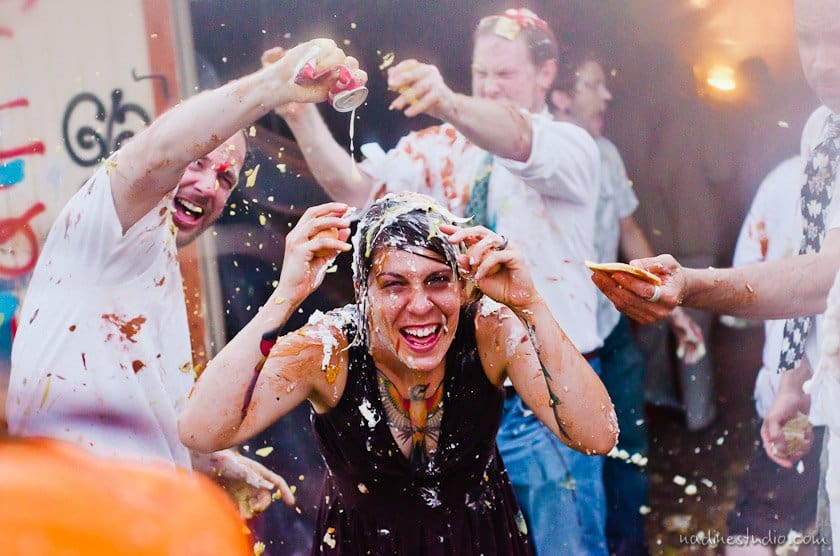 People are more than a little liberal with their food in High School and if anything happens in the food hall, it’s more than likely that food will be thrown. Make sure to wear something waterproof and airtight to school. 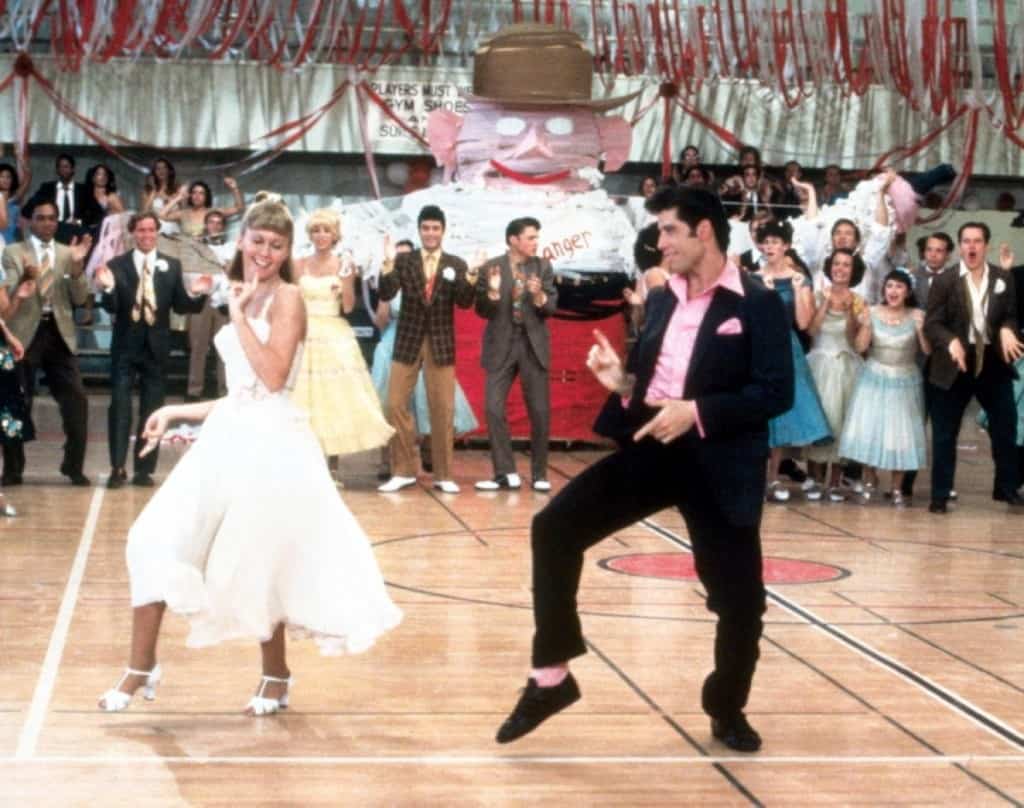 Just like breaking into song is no biggie, random synchronised dances seem to be a regular thing in High School movies. If you feel like busting a move go for it; it’s almost certain that someone else will know the routine already.

Every Stereotype Is True 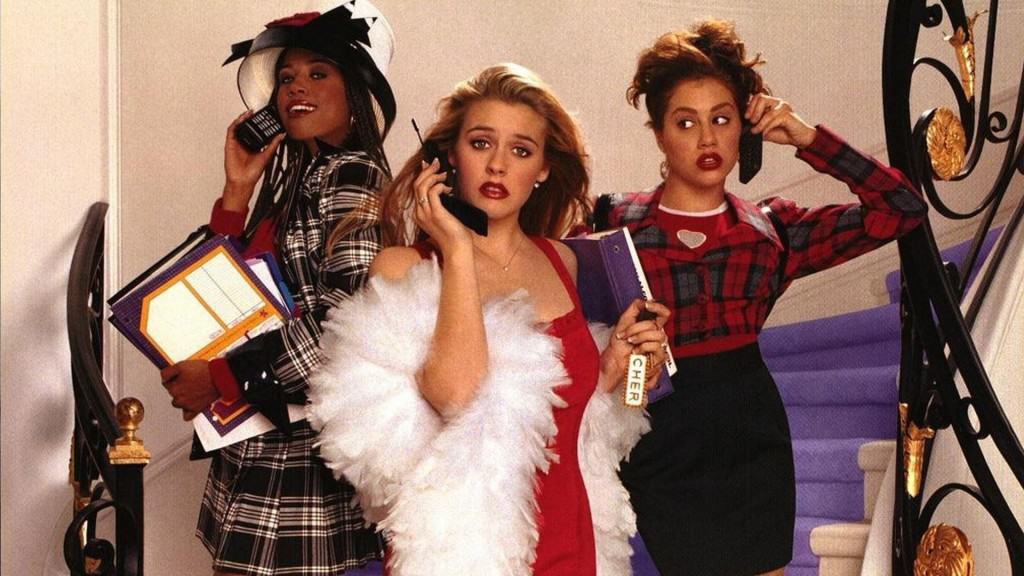 On the first day of High School, you find your people and stick to them for dear life. Whilst some “transitions” do take place, you will still be identified by the people with whom you eat your lunch. There’s no point in fighting it. 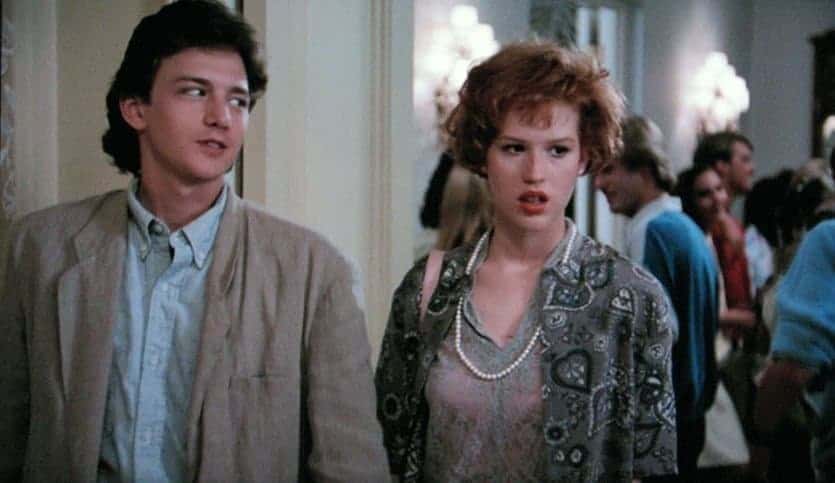 Do you like someone from another clique and feel put out by their friends? Screw them all. If High School movies have taught us anything it’s that there is nothing stronger than teenage love and love can conquer anything. 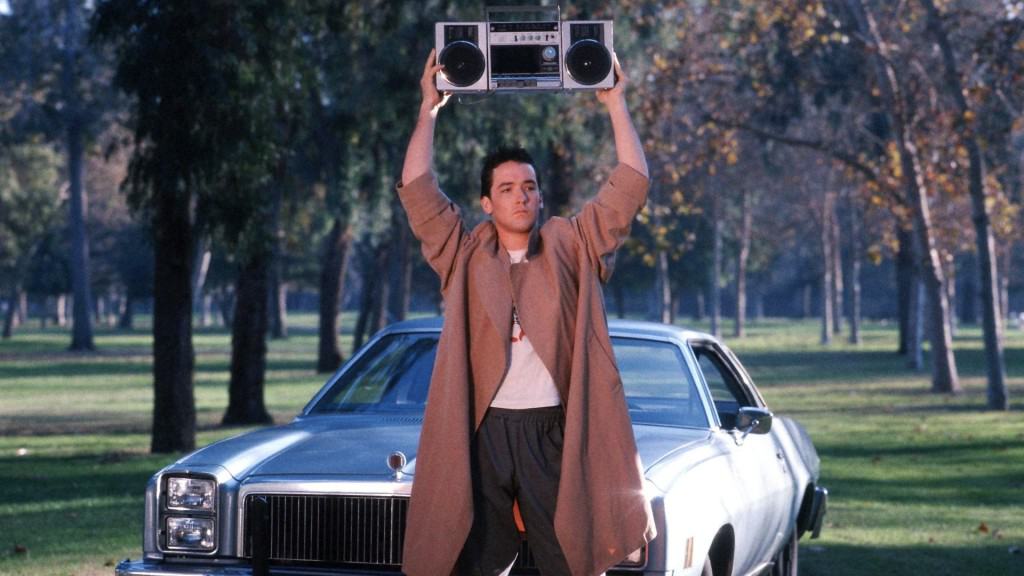 Even if your crush is due to move country and you’ve never spoken to them before, it’s never too late to tell them how you feel. Time seems to move differently in High School and if there’s a grand gesture you’ve been thinking about, there’s no better time in which to make it.