20 Reboots That Should Have Never Been Made

Marvel and Netflix recently raised the bar when it comes to superhero-based television shows with the dark and compelling series ‘Daredevil’. The show was a long way away from the 2001 film of the same title but remained true to the source material of the comic series, making it an instant hit with long-time fans and general television viewers. Despite the success of this series, it is rare to see a reboot/remake do better than the original version, despite changing mediums. Here is a list of 20 reboots that tried to work off strong source materials but managed to only fail miserably in the end: 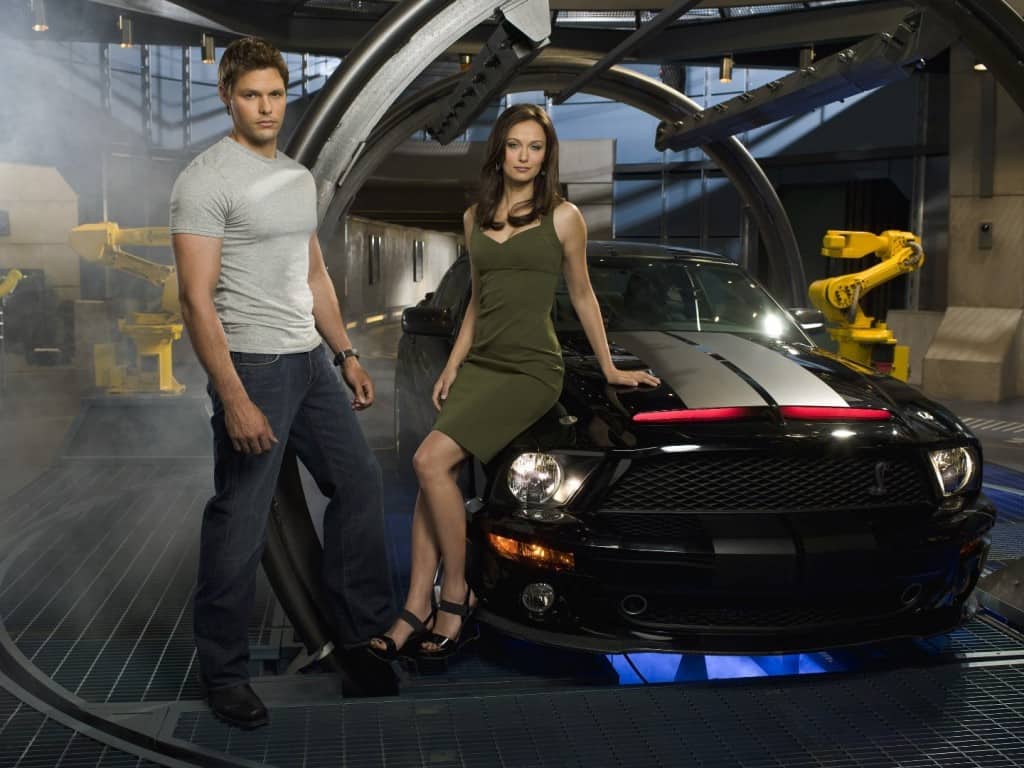 The original Knight Rider was an iconic show and was the perfect portrayal of a man and his machine working hand in hand. The reboot had better CGI to work with but did not manage to capture the essence of the original, thus failed to make any impact whatsoever. 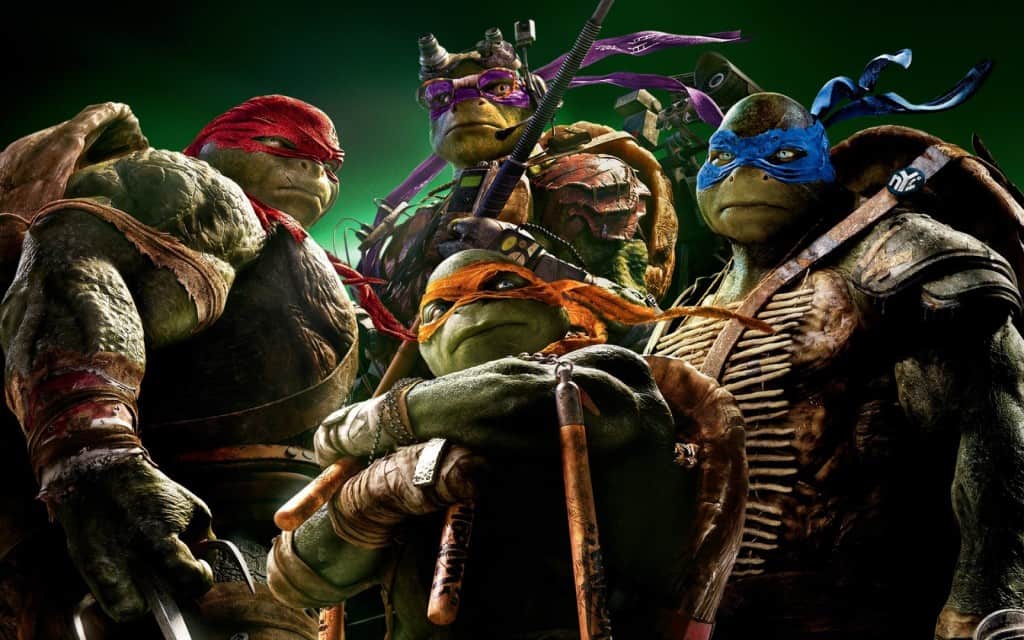 The animated series was dearly loved by any child growing up in the 90’s. Then came the films which were fairly mediocre but did not do much to thrash the reputation of the turtles. The Michael Bay reboot gave us grotesque, over-buff, visibly mutated turtles who relied on cheap-one liners and blurry action sequences to take their legend forward. Oh how this movie failed! 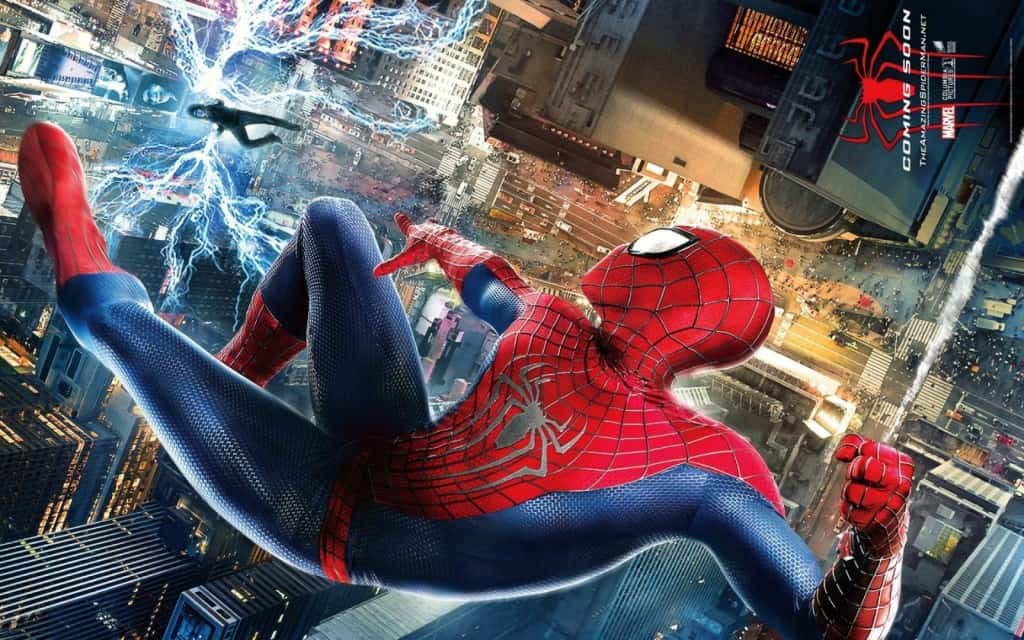 Remaking a Superhero franchise after just over a decade is seriously unnecessary, especially when you consider how well the 2002 version did. The Amazing Spider-Man didn’t do well because watching spidey flinging himself off rooftops just wasn’t exciting enough, since we just saw him do that for three movies not too long ago. The new franchise is scrapped for now, with Spider-Man coming to the Marvel cinematic universe. 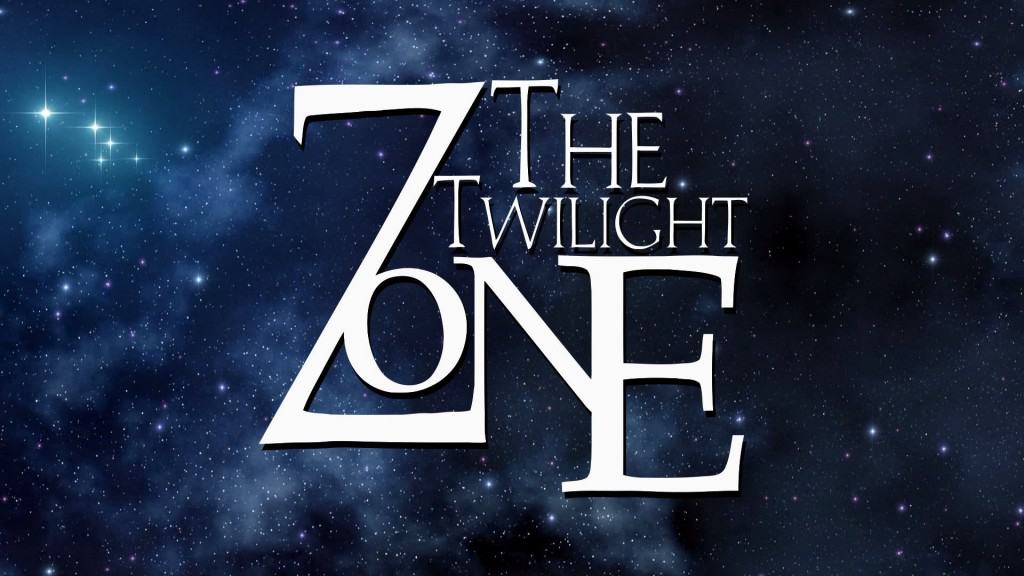 The 1959 version is still considered one of the best television series of all time and a lot of great directors draw inspiration from it. The original did well to capture the developing paranoia and distrust of the times, mixing it with great plotlines and gripping acting performances. The 1985 version tried to bank on proven formulas and brought nothing new to the table.

Clash Of The Titans 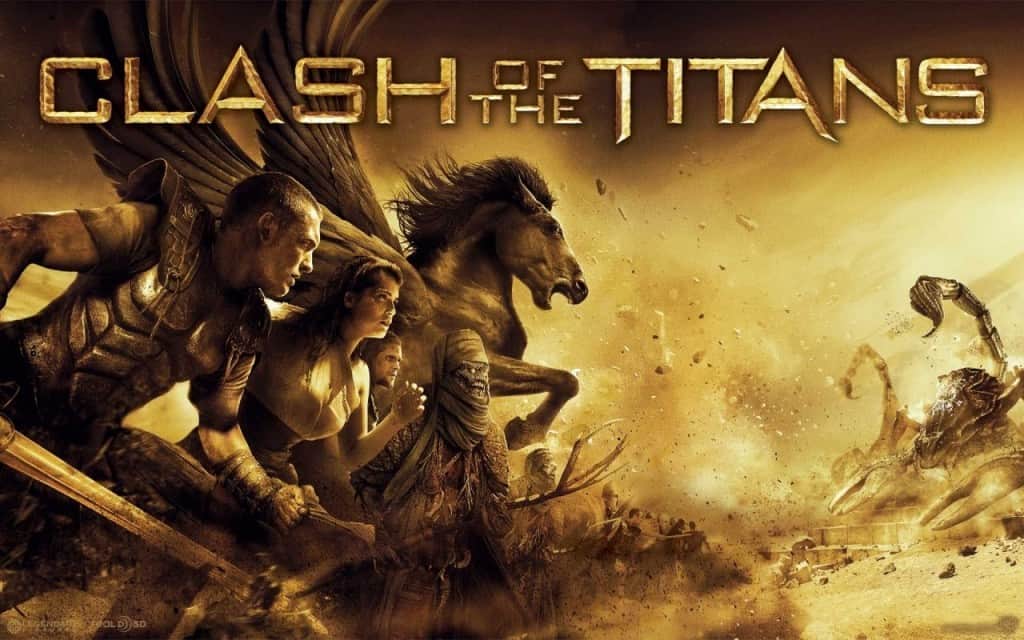 The 1981 version of ‘Clash Of The Titans’ was responsible for making Greek mythology a part of popular culture. The only addition the 2010 version made was forcing the users to wear uncomfortable 3D glasses to watch a bad action film. 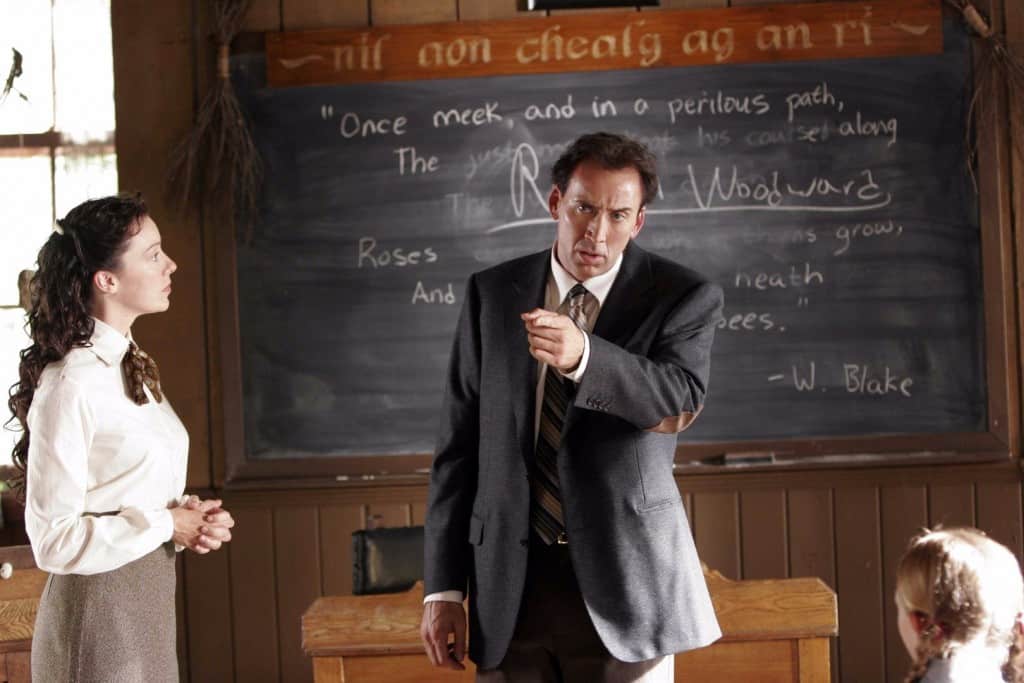 When ‘The Wicker Man’ first came out in 1973, it was considered a masterpiece. It was even called the ‘Citizen Kane’ of horror films. The 2006 version became just another film in the long line of questionable films starring Nicholas Cage. 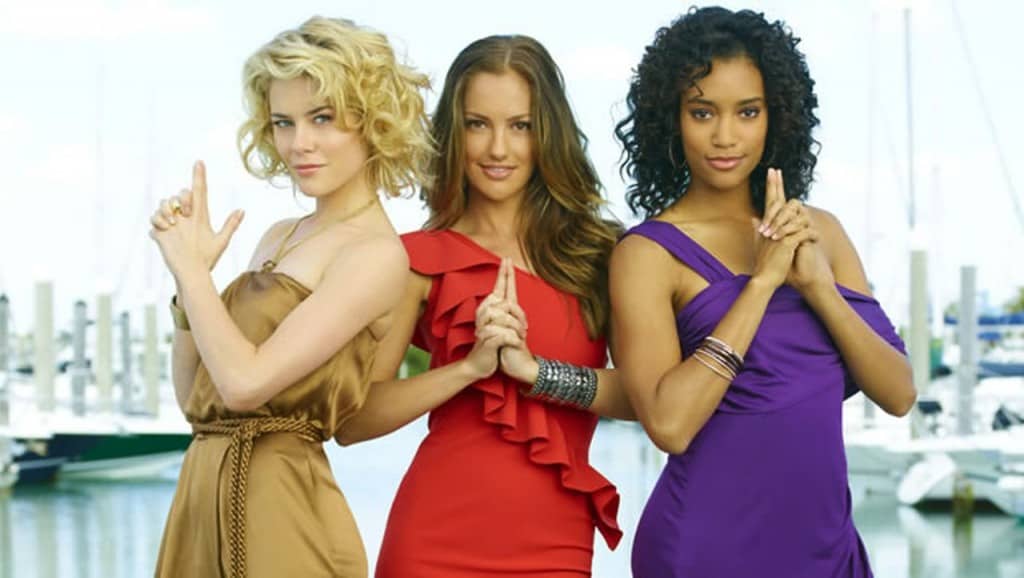 The original television series was fun, action-packed and featured three tough-as-nails women tearing down baddies and looking good while doing so. The film reboot was as far as this series should have gone, but the ever-expanding greed of studios gave us a third edition which was as watered down as a prison soup. 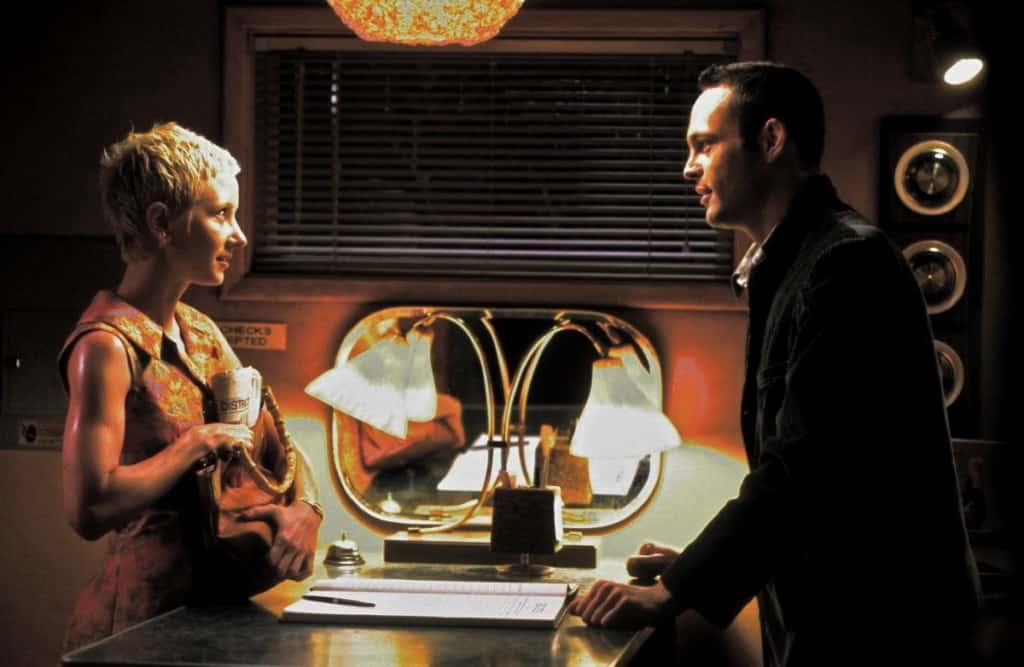 This Hitchcock-masterpiece reboot starred Vince Vaughn for some reason and couldn’t even hold a candle to the intensity and suspense of the original. ‘Bates Motel’ is a television series that acts as a sequel to ‘Psycho’ and makes for a far better viewing than the 1998 reboot. 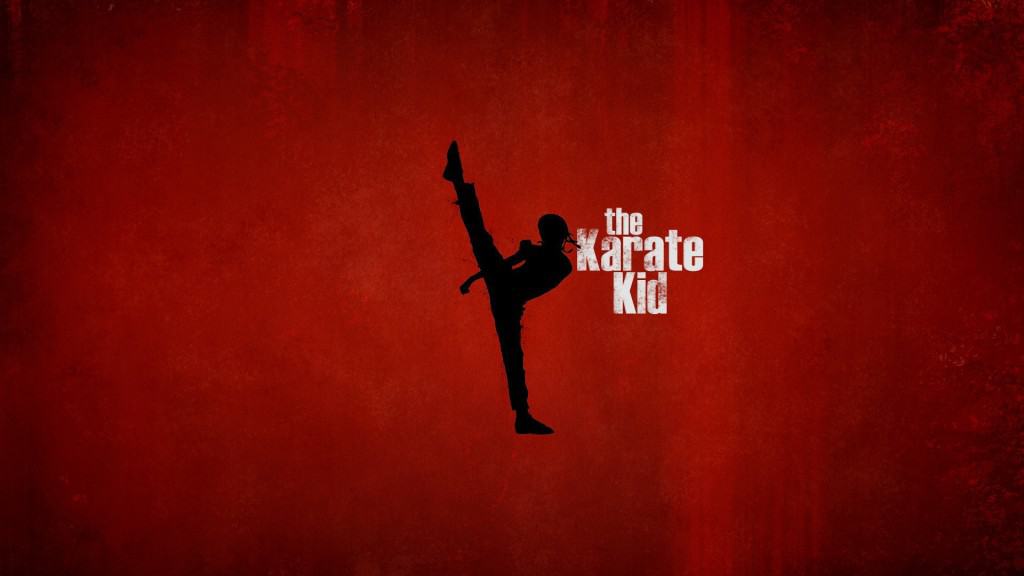 This reboot probably had its heart in the right place because it got its casting fairly right, but failed in nearly every other department. The original was filled with iconic moments and dialogues that ring true to this day. This reboot has already been long forgotten despite being just a few years old. 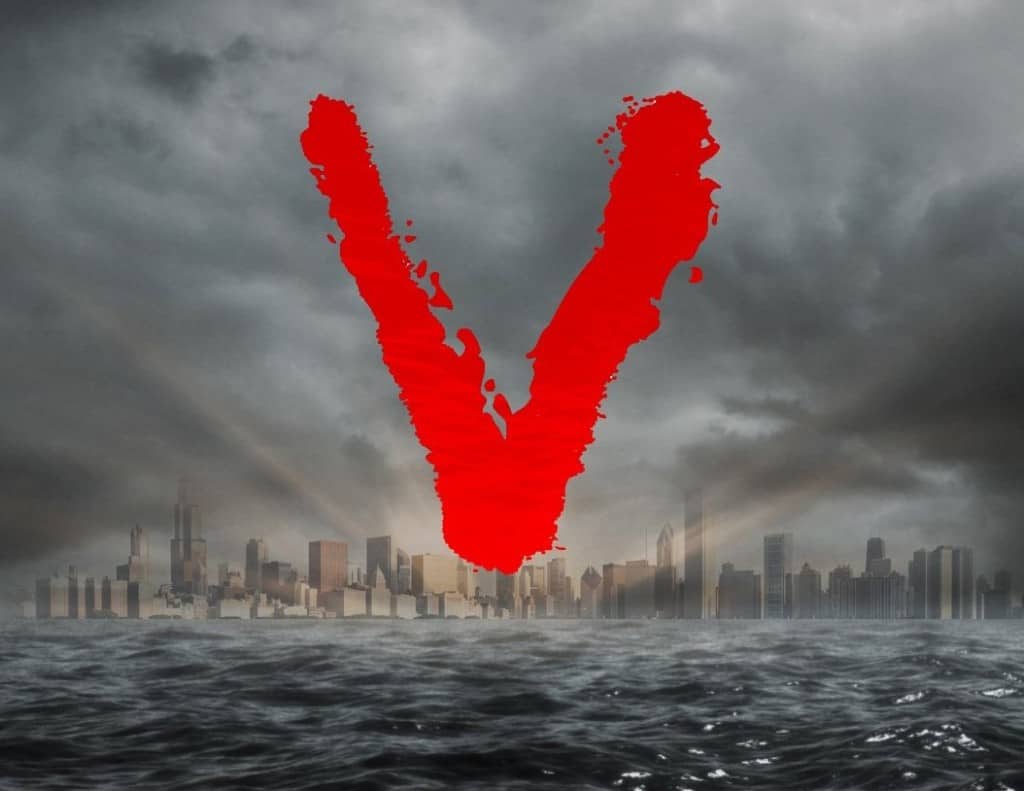 As soon as the gripping mini-series ‘V’ concluded in 1983, there was an attempt at making it into a television show in 1984. The series failed but the idea wasn’t scrapped entirely. It re-emerged 25 years later, only to fail again at making anything substantial out of the thrilling original plotline. Creating classic sci-fi is not everybody’s game, people just don’t seem to understand that. 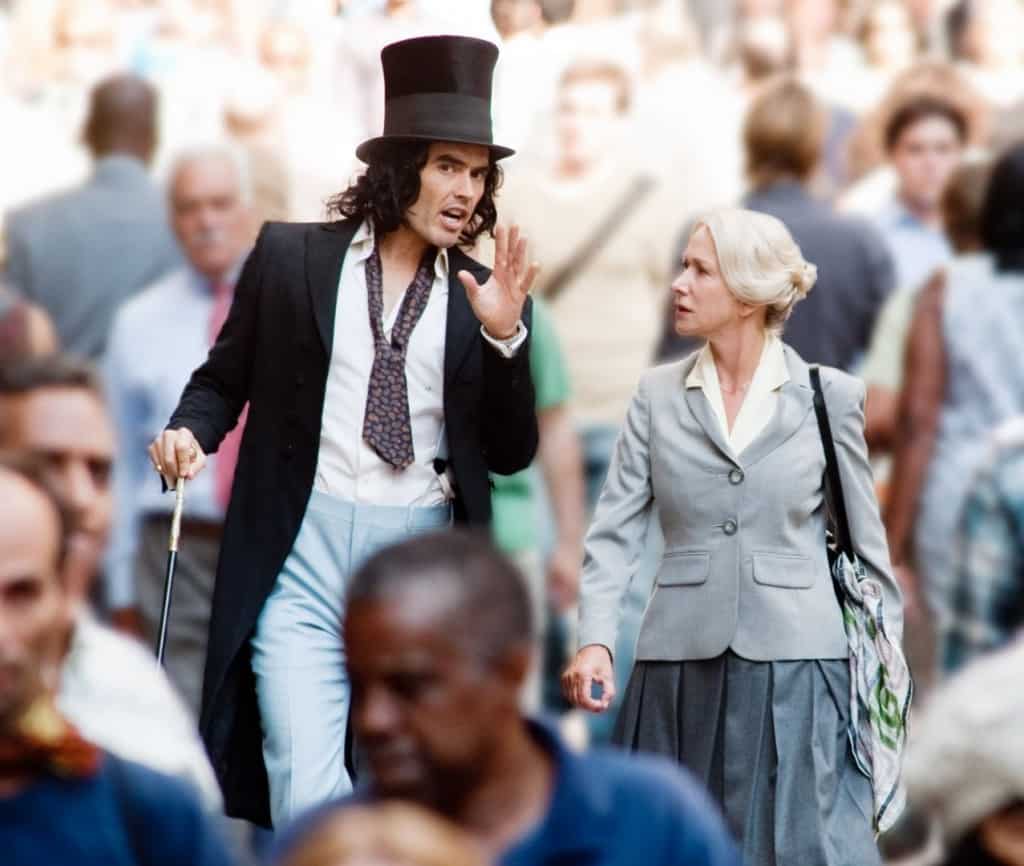 Dudley Moore stole the show in the 1981 original, as a drunk, unlovable but charismatic millionaire looking for a version of love that suits his needs. The Russell Brand version was as annoying and self-indulgent as the lead, making it an absolute failure as a comedy. 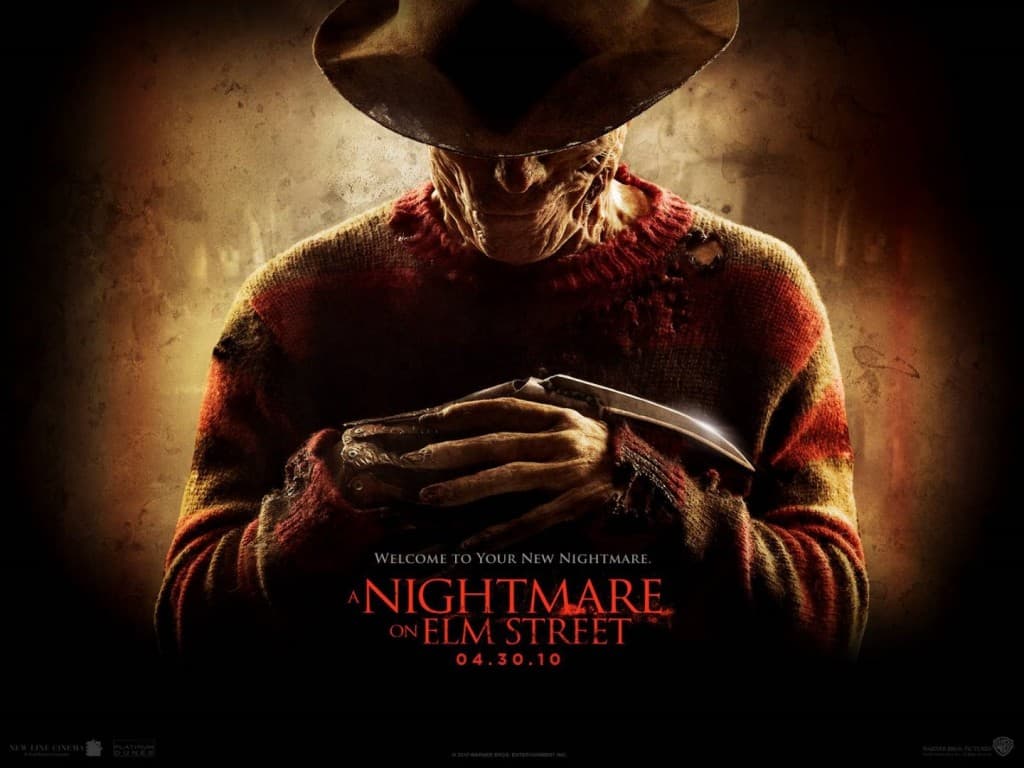 The premise of this classic horror series has always been a little dicey (some pun intended). What made the 1984 version work was a stellar hand behind the camera along with having the advantage of being a novel idea at the time. Every subsequent version was only doomed to fail after that. 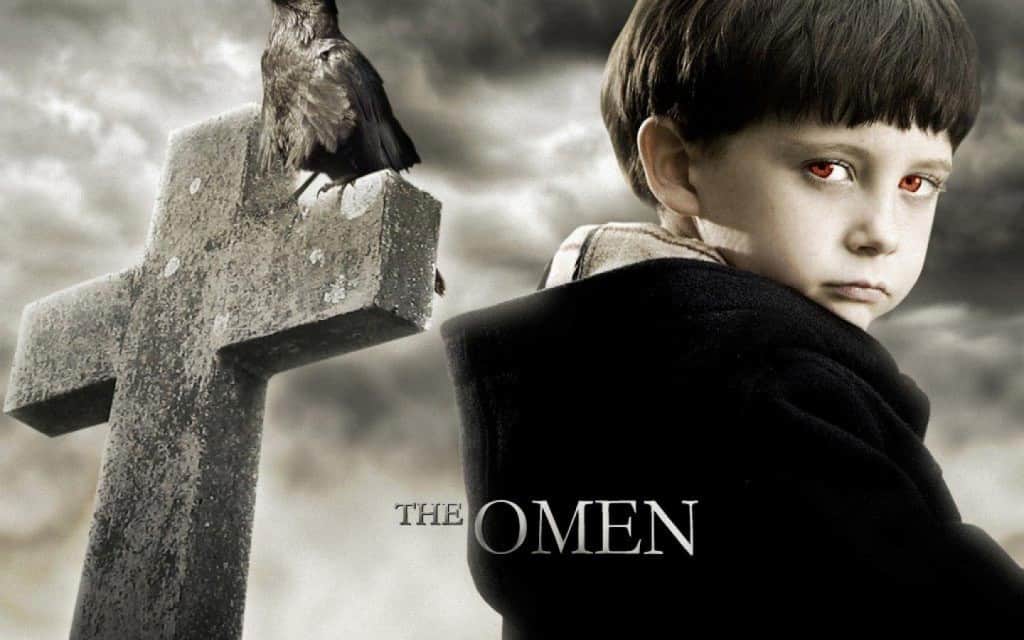 Any horror film that relies on a gimmick such as having its release date to coincide with 06.06.06 better have a great script as a base. ‘The Omen’ remake had an inspiring original to work off but managed to only rework the story exactly as it was first told, making it a pointless reboot in the end.

The Day The Earth Stood Still 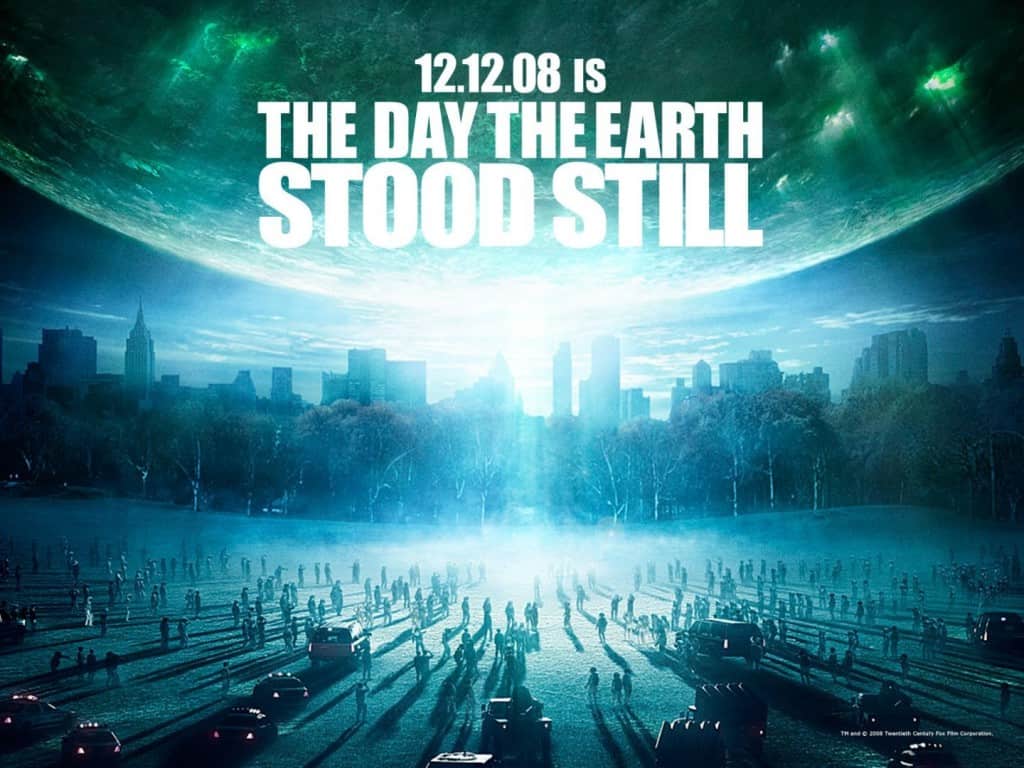 When ‘The Day The Earth Stood Still’ was released in 1951, it made waves internationally for being an amazing sci-fi film. It was considered one of the best films of the year and is still seen as a culturally significant work and one of Arthur C. Clarke’s greatest films. The Keanu Reeves version is most noted for his one-dimensional expressions that has become quietly popular since. 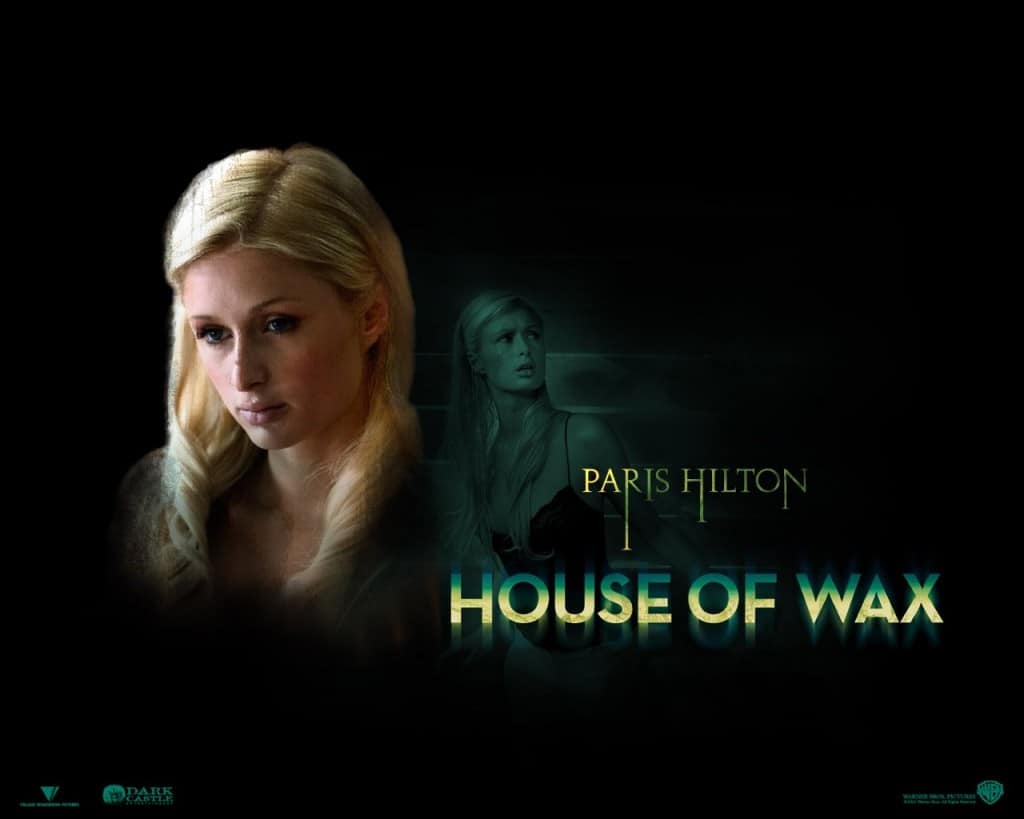 How can you ever hope to make a captivating horror film when you cast Paris Hilton in it? This reboot failed to live up to the original in nearly every facet but the saddest part was that it looked like no one was even trying to make this one work.

Charlie And The Chocolate Factory 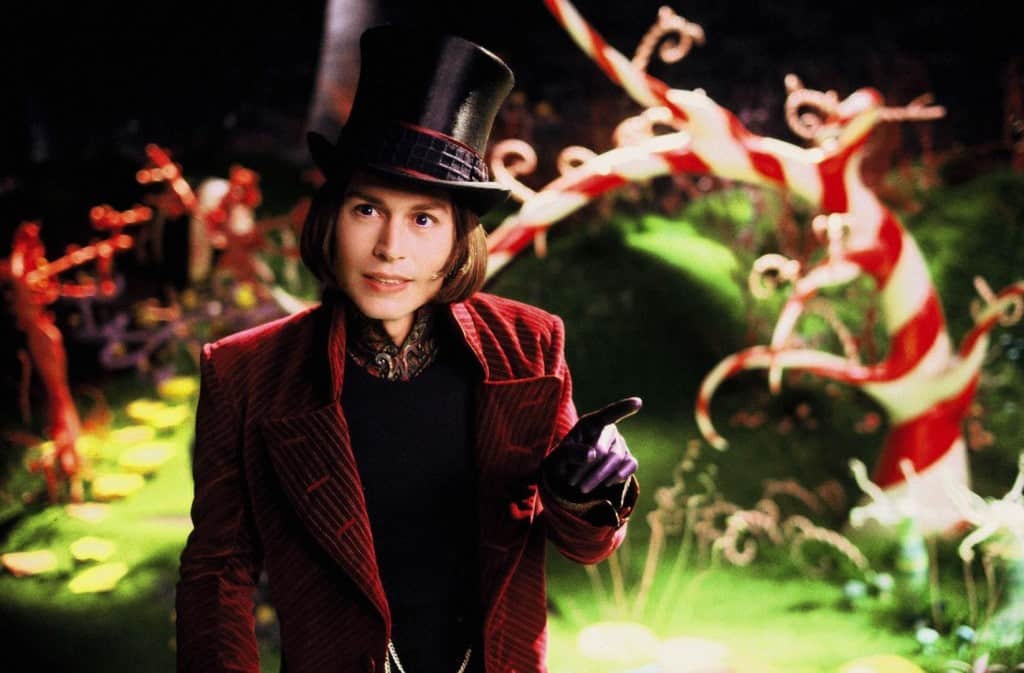 This is probably the ‘best, worst reboot’ in this list. Johnny Depp did a decent job in the Tim Burton version, but Gene Wilder will always remain the original Willy Wonka. The original also did a better job with playing between the lines of the real and surreal.

The Michael Caine version is considered one of the best British crime-drama’s ever created, featuring the iconic scene with Caine using a shotgun. The 2000 version did very little to throw light on Stallone’s acting skills and cemented his role as a one-dimensional action star.

Planet Of The Apes 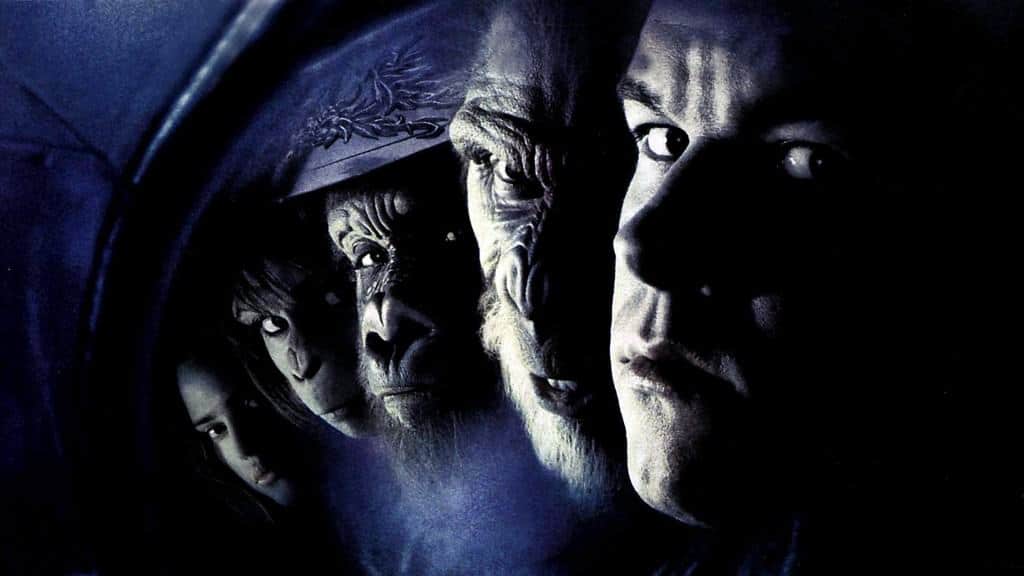 ‘Planet Of The Apes’ had nearly everything going for it. It looked like a successfully franchise in the making, reeling in the right director and a great cast including the likes of Mark Wahlberg and Tim Roth. Despite all this and adopting a striking visual style, the film failed at the most basic level of creating memorable character and believable storyline. The original film, despite being made over 30 years before this one, will always be considered the first great ‘ape mutiny’ saga. 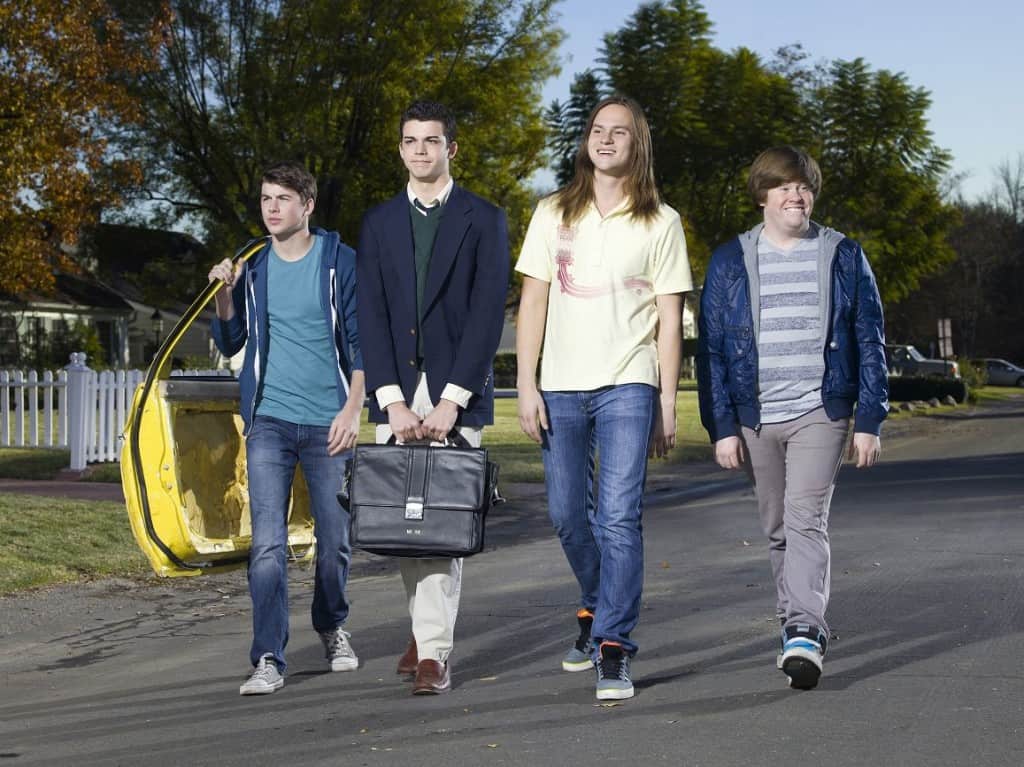 British television series remakes are a fairly common practice in America. ‘The Office’ worked wonders on so many levels that it was only too tempting to try the ‘remake’ formula over and over again. ‘The Inbetweeners’ proved that the merit of the formula is short-lived and simply remaking proven structures and adapting it for an American society would not be enough. 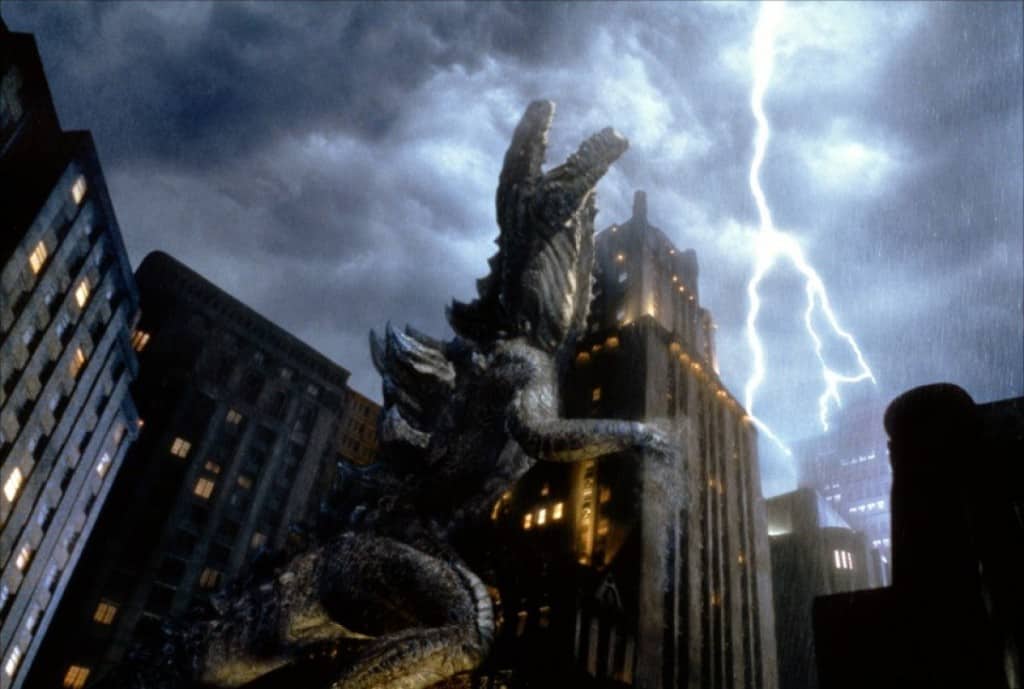 When this monster epic was first made in 1954, it had a meaningful undertone by correlating the mayhem to the aftermath of nuclear strikes. The 2001 version dropped the heavy undertones and adopted goofy one-liners and mediocre CGI in an attempt to sway the audience’s vote in its favor. At least the 2014 version attempted to make a more serious film, but that came at the cost of only showing us the titular monster for only about a third of the film.