20 Pieces Of Unique Jewelry For The Bookworm In Your Life

Books have been one of the most interesting forms of entertainment for thousands of years now. Dedicated writers have given their entire lives to telling amazing stories that win the hearts and minds of everyone who ends up reading their carefully crafted words. Of course, your book collection at home may be massive, but how do you let everyone else know how much you enjoy the feel of a paperback in your hands? Well, you could always get yourself or a loved one a piece of unique jewelry inspired by famous stories. 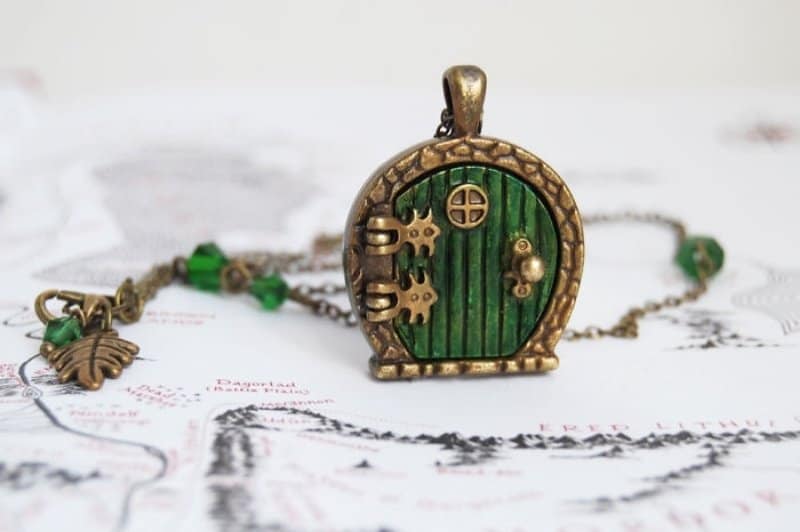 The Hobbit, which most people probably know by the recent trilogy of films, is one of the most impressive fantasy adventures aside from The Lord of the Rings. Tolkien outdid himself with his prequel tale, and anyone who enjoyed the novel should be proud to have some piece of jewelry that represents the story of Bilbo Baggins. 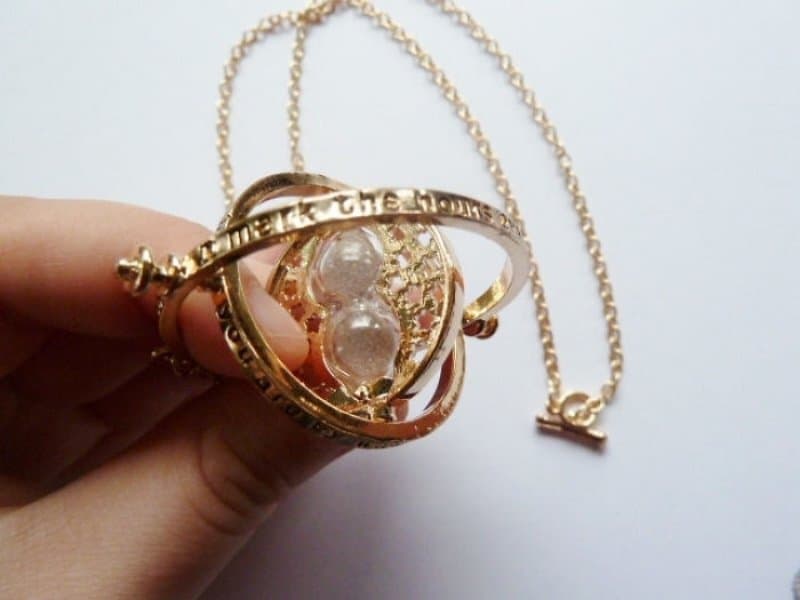 There are very few franchises that impacted the world as much as Harry Potter did. In fact, author J.K. Rowling was the first writer to every make over one billion dollars thanks to her novels. Hermione, being one of the main characters, has always been a favorite of young women and gentlemen alike around the world, so this necklace would make the perfect gift for anyone who enjoys the young witch. 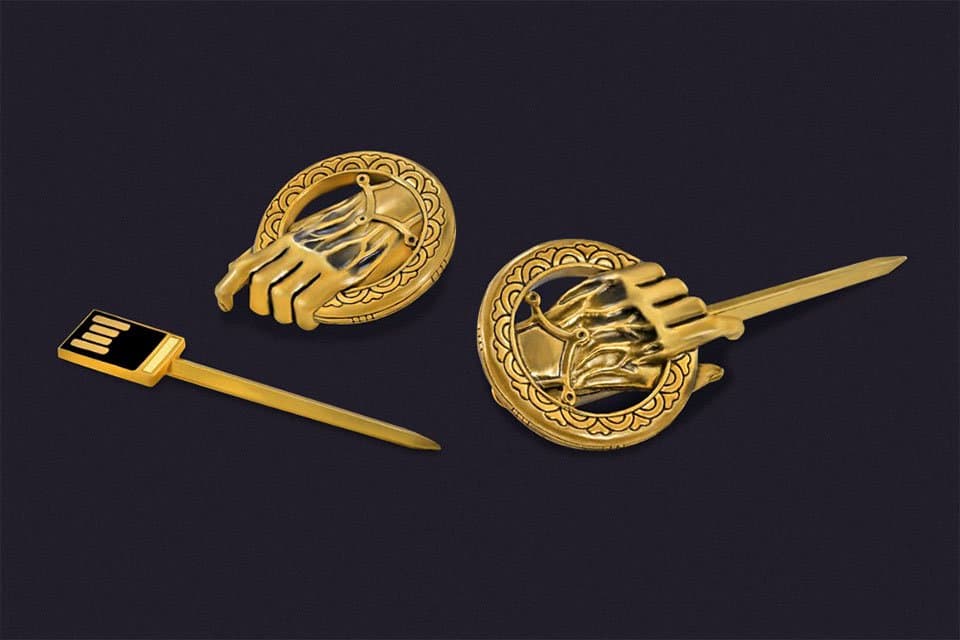 Game of Thrones has become something of a phenomenon lately, though the HBO live-action series is to thank for a lot of the popularity, unfortunately. Of course, the novels are just as good, if not better. Each tale – with page counts into the high hundreds and even over a thousand – covers the stories from the show in far greater detail. These pins are both fashionable and double as a mini-USB. 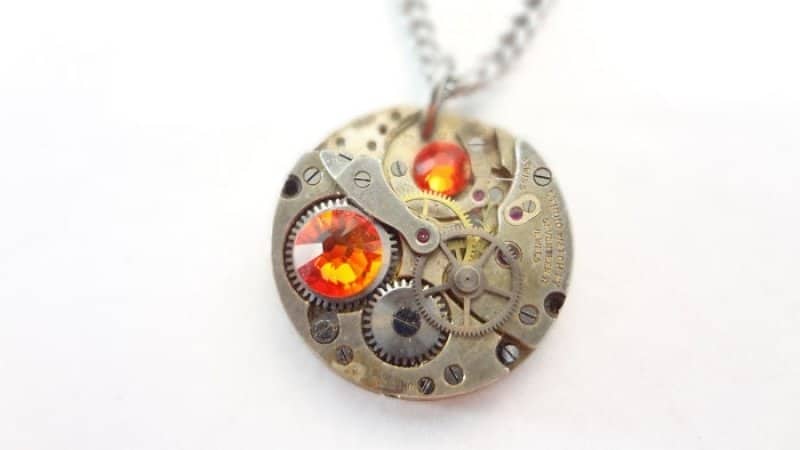 Clockwork Orange remains a cult classic story, albeit an incredibly odd story. Fans who have read the novel and seen the film will always remember the tale being told. However, keeping a necklace like this around your neck will let everyone know you know good books and film. 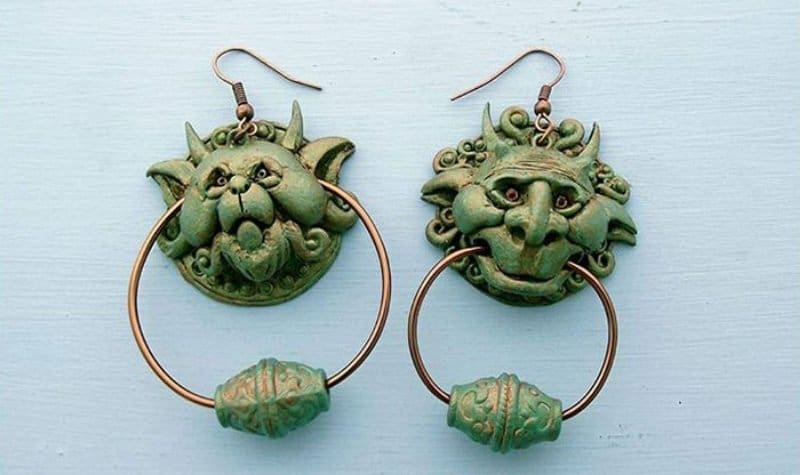 Labyrinth is another one of those cult classic stories that everyone, young or old, should enjoy at least once in their lifetime. The story of a young girl trapped in a realm of oddities and wonder. It’s certainly one to behold. These earrings will remind everyone of the sarcastic doorknockers. 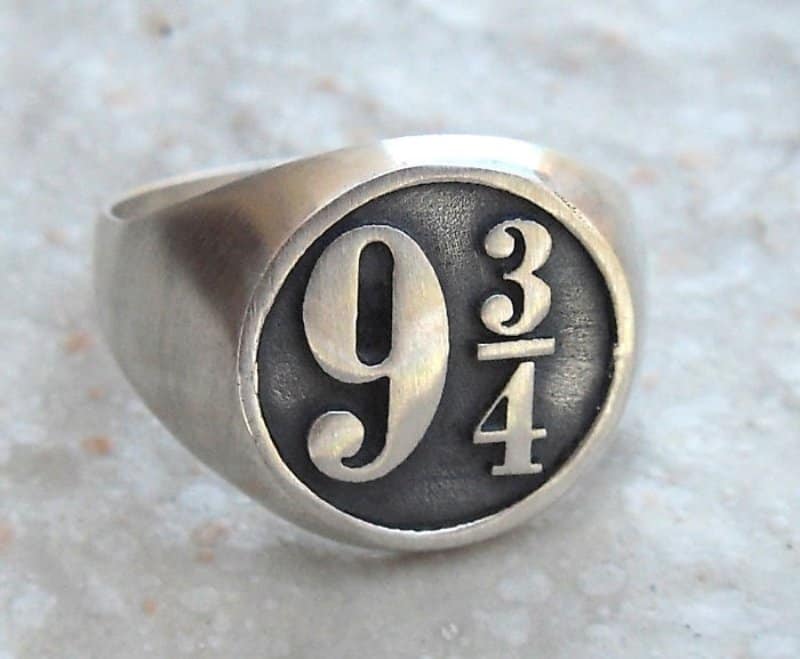 Of course, Harry Potter has a lot of jewelry made after the different aspects of the novel. For those who have ready the books, platform 9 3/4 is where the train arrives to take the young witches and wizards to their school each year. It is a magical destination, so this ring should be rather novel.

Lord of The Earrings 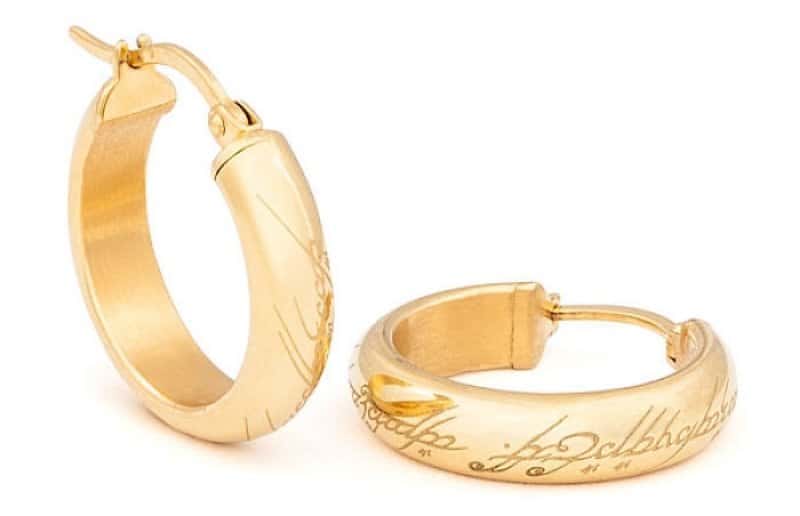 When someone thinks of The Lord of the Rings, they generally consider the One Ring, which is worn on the finger. These earrings, however, are sleek and stylish. They feature the Elvish embroidered on the outside, with the interior being completely smooth and featureless.

The Wizard of Oz Ring 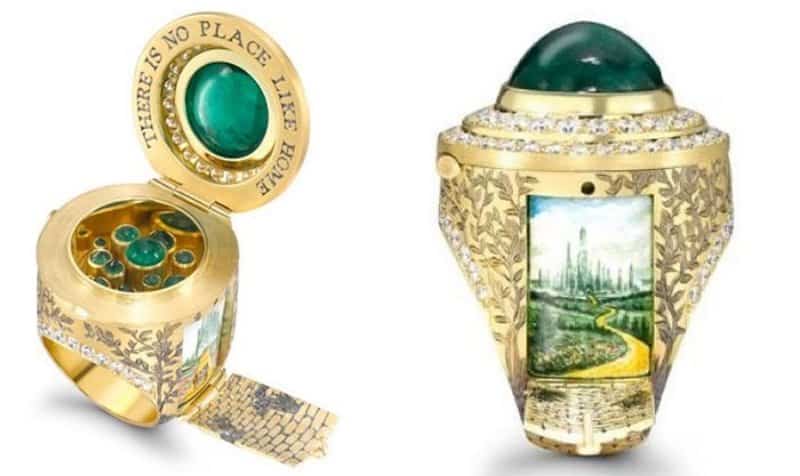 If you’ve read any classic novels then you’ve probably had your hands on The Wizard of Oz at some point in your life. The classic story of Dorothy and the yellow brick road should be a bit more than iconic by now, and this impressive ring embodies everything about the book and the Emerald City. 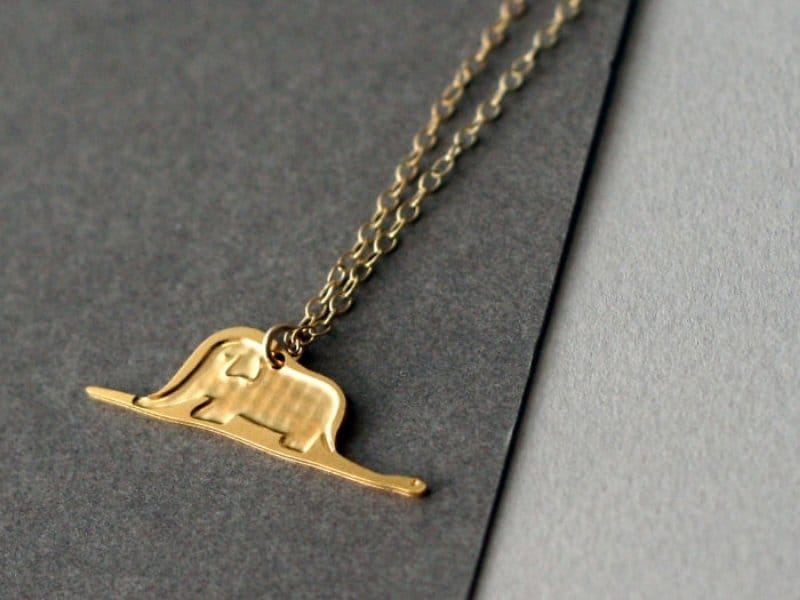 Little Prince may be a little less known than some of the other novels present on this list of wonderful jewelry, but that doesn’t make it any less impressive. The story, for those who have read it or seen any of the adaptations, is one to behold. This necklace of a small elephant is cute and classy. 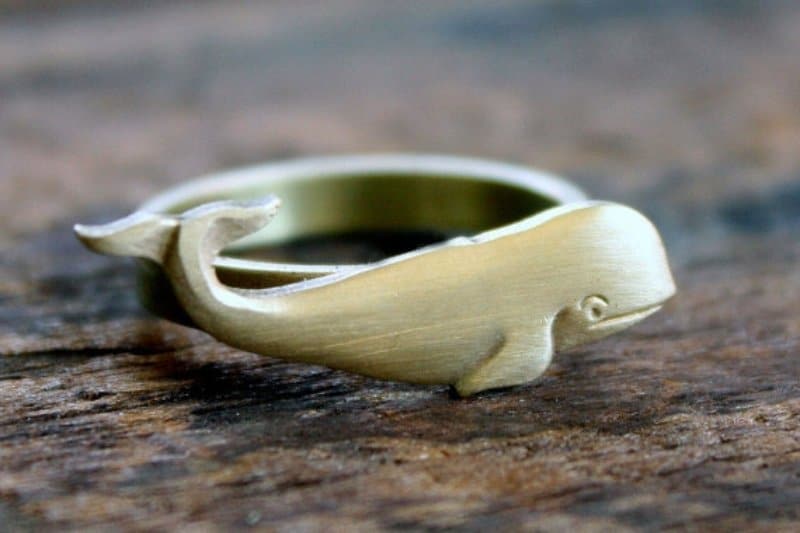 Moby Dick – another classic novel – is growing ever more popular thanks to the upcoming film adaptation. The book, however, is far better than any movie, as it goes into far more detail. This ring features Moby Dick circling around the finger of the wearer. 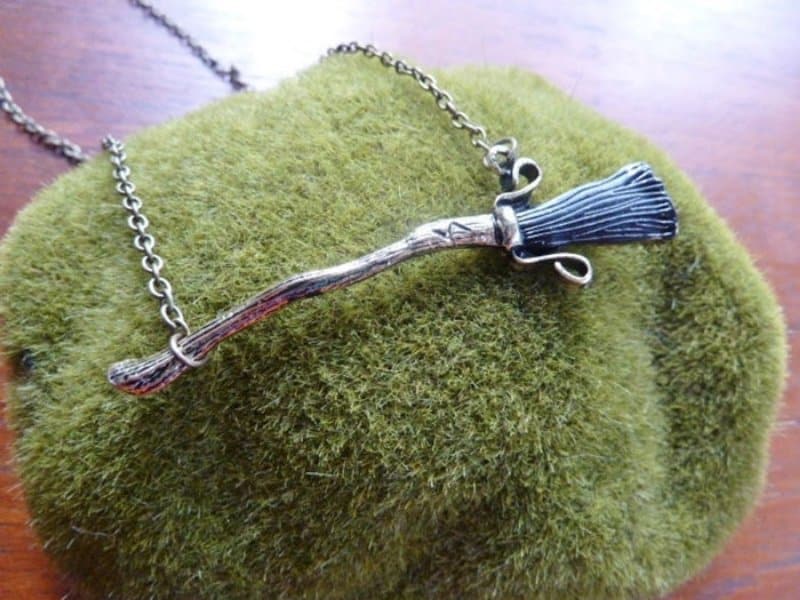 If you haven’t read Harry Potter yet, then there is something wrong with what you do after work or school each night. It’s one of the biggest novel franchises in the world, and this necklace embodies that well. The broom, which is the ideal mount for a wizard or witch, is small, but cute. 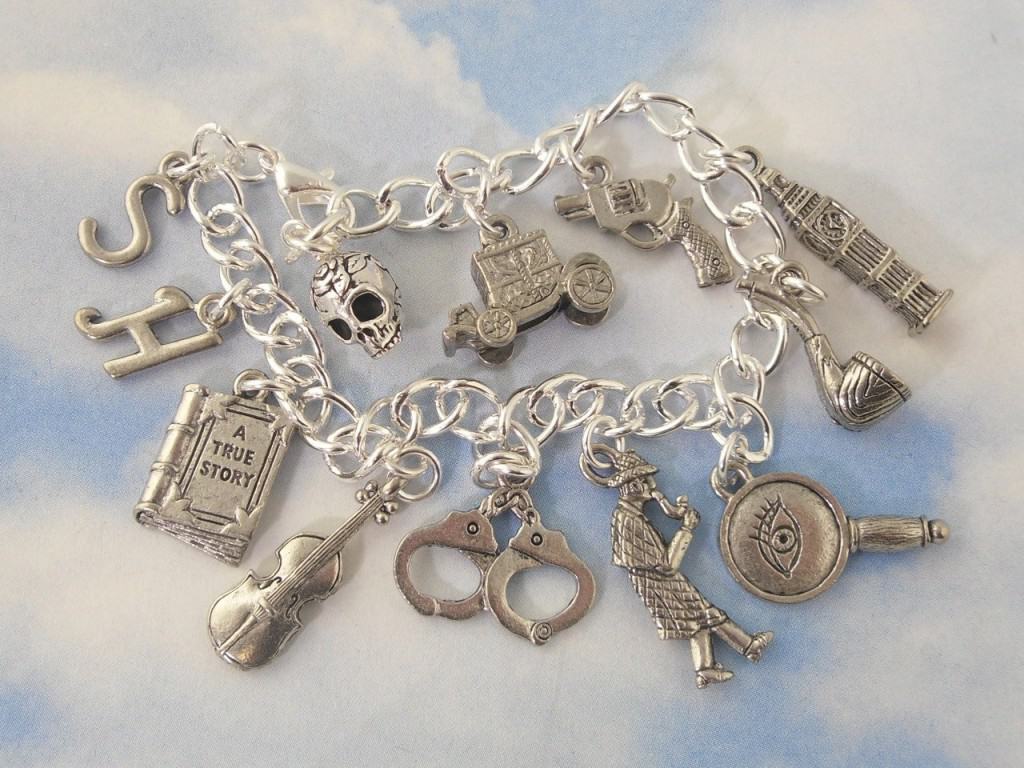 Sherlock Holmes – otherwise known as the world’s greatest detective – is one of the most iconic characters passed down through time. Numerous adaptations have come forth from the original stories, but the character has remained the same. This bracelet features a variety of charms from within the series, including a revolver, his pipe, and even Sherlock’s initials. 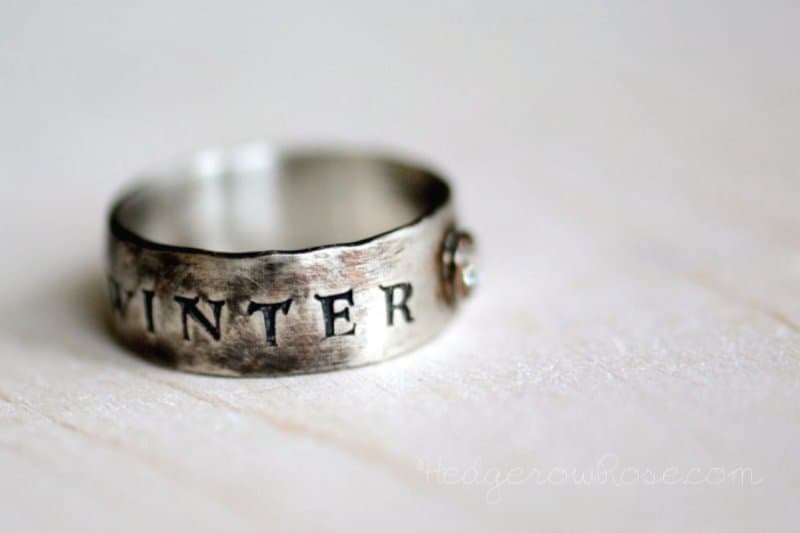 Author George R.R. Martin knows exactly what he is doing when it comes to creating an entire fantasy world, albeit one that gets a little emptier each book. Winter is coming is one of the sayings from House Stark, so fans of the leading characters and their home will want this one on their hand. 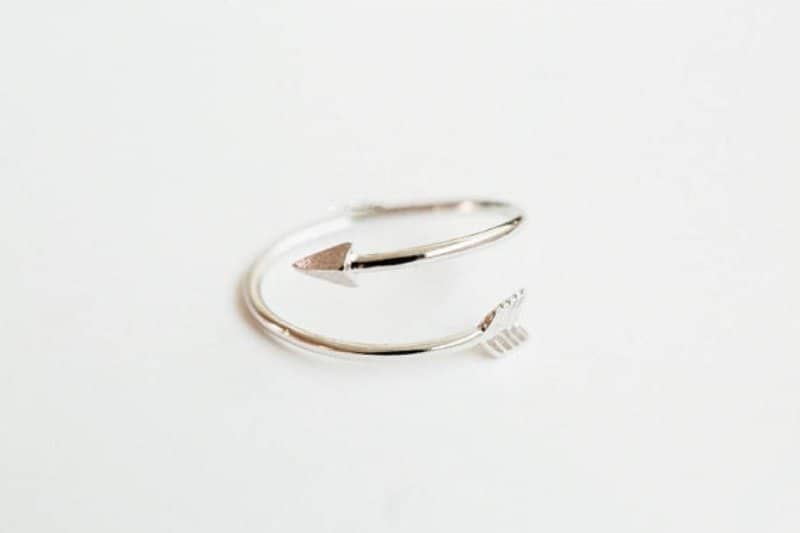 The bandits of Sherwood Forest are known throughout the land for their bravery and thievery from the rich and uptight. Robin Hood, being their leader, makes for an interesting character in the world of writing. Sure, tights are a little weird, but the bow and arrow is cool. Show your love for this folk hero by wearing an arrow ring. 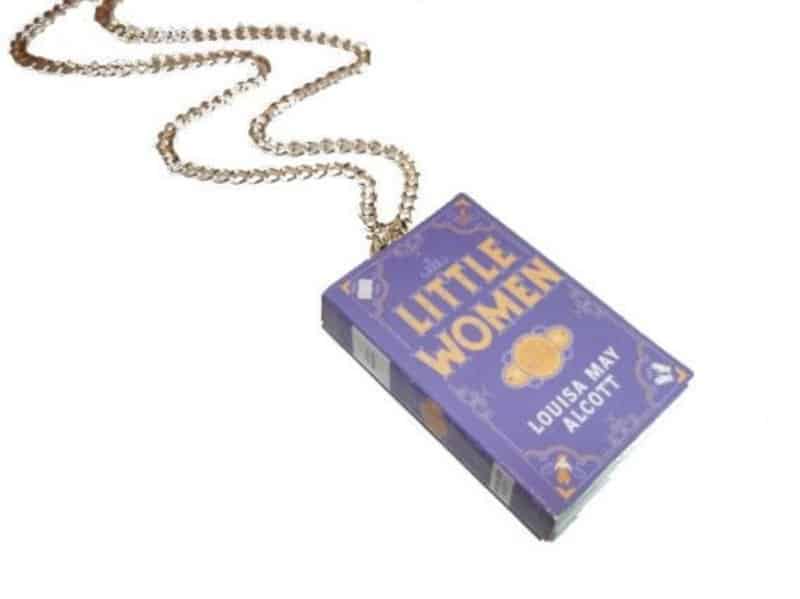 Little Women is a classic novel of four sisters and their journey through the turmoil of life. For women everywhere, this novel is an inspirational piece. So, showing off that love and inspiration in the form of this unique necklace is worthy. 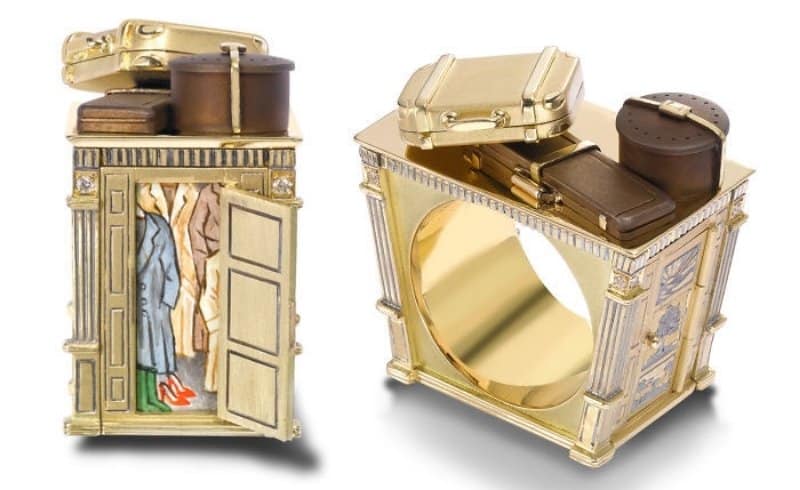 If you’re anything like me, then you grew up reading Chronicles of Narnia before falling asleep each night. The tales were fantastical, the characters were rich, and the pages turned easily. This ring is incredibly unique, albeit a bit large for most people. 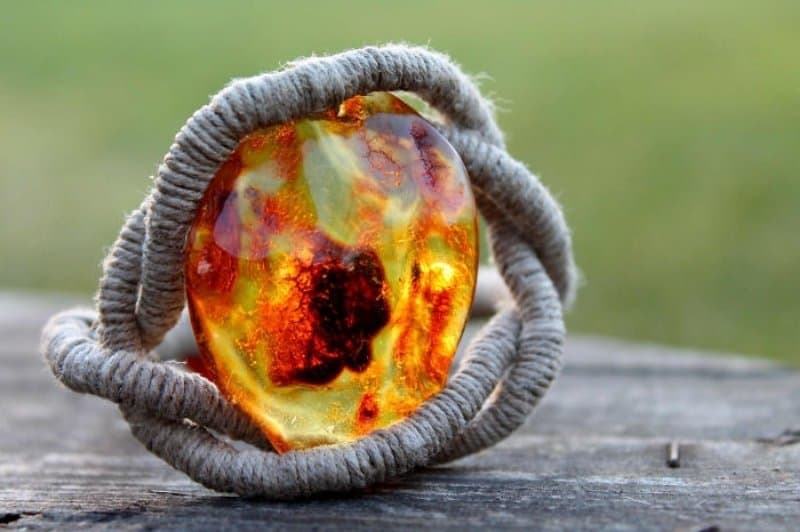 Another ring, and again it is another incredibly unique ring. The Eye of Sauron is considered one of the most evil entities in all of fantasy literature, so it makes sense that someone may want to put it on their hand for everyday viewing. Strike fear into the hearts of everyone you come in contact with this ring. 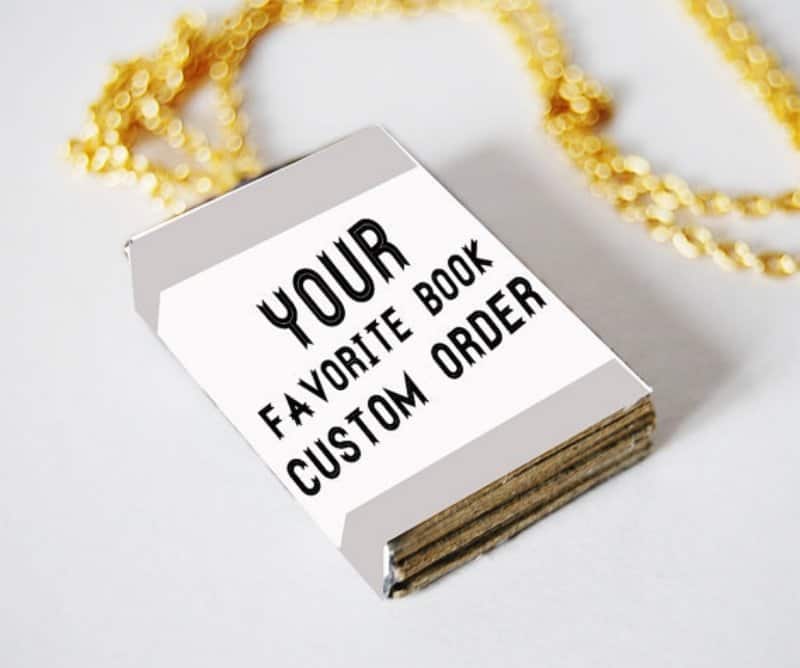 Of course, if you have a favorite novel that doesn’t have jewelry already made of it, then you could just get a custom book necklace. Pick a favorite novel, find a jewelry store online that can accommodate custom pieces, and then wear it around your neck as often as you like. 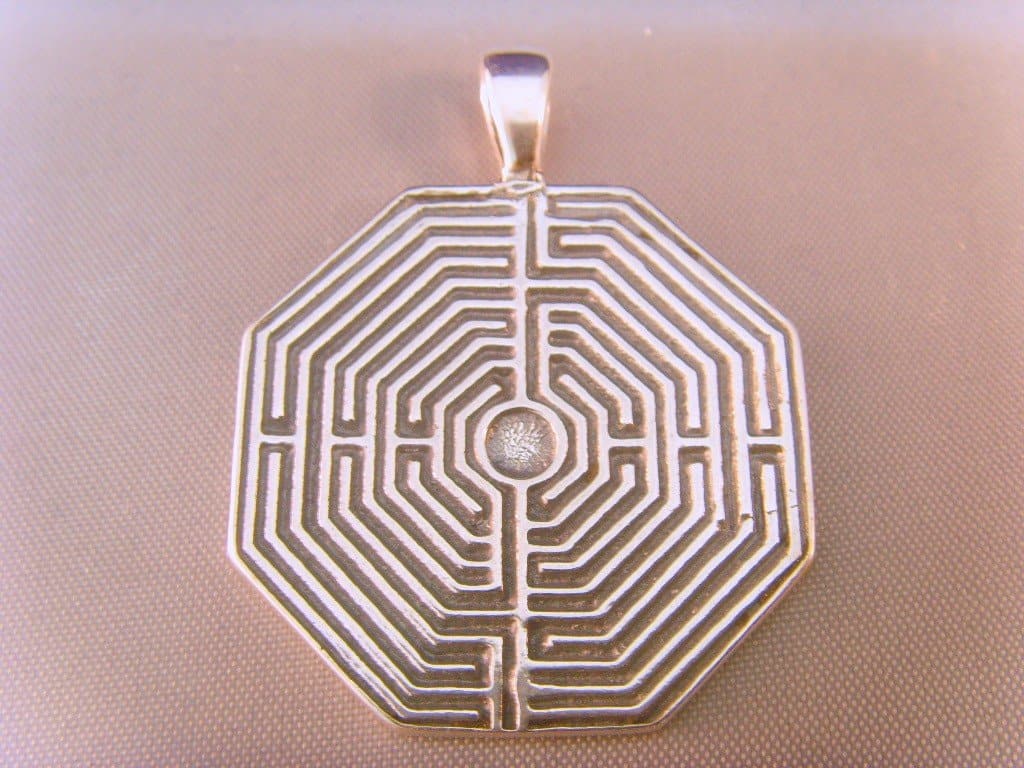 Maze Runner embodies everything about the young adult genre that people have come to love in the past few years. The story of a group of young teens trapped in a race through a maze is captivating. This necklace is rather simple, but everyone who knows the book should understand. 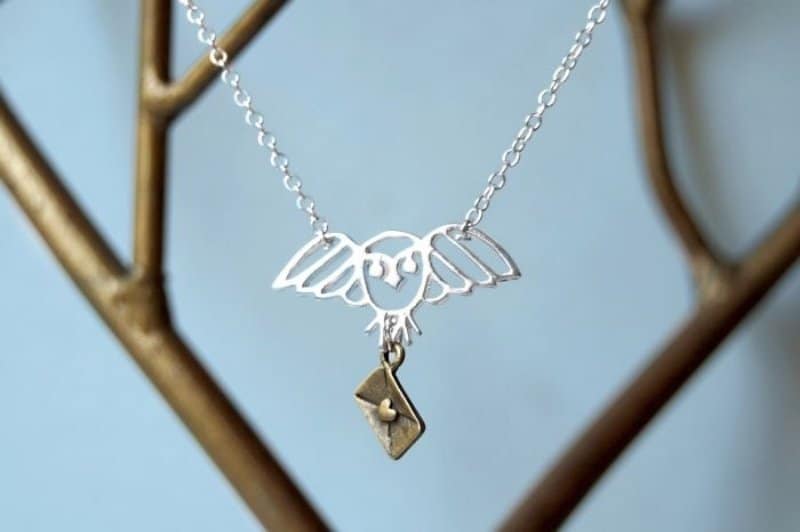 There is one character from the Harry Potter franchise that doesn’t get quite enough credit: Hedwig. Harry’s white owl is a silent hero among the novels, but he’s cute and lovable. Wear him around your neck as he delivers an envelope.