20 People Who Took Revenge To A New Level

It is a natural thing for a person to want recompense when someone else has wronged them – everyone finds at least a little bit of joy in getting back at that jerk who called them names or made a mockery of them in public. While the common saying goes “Revenge is a dish best served cold,” there are those aren’t satisfied with the more common forms of redress, those who can’t keep themselves distant from their actions. Here is a list of people who seemed to revel in their retaliation against those they love to hate. 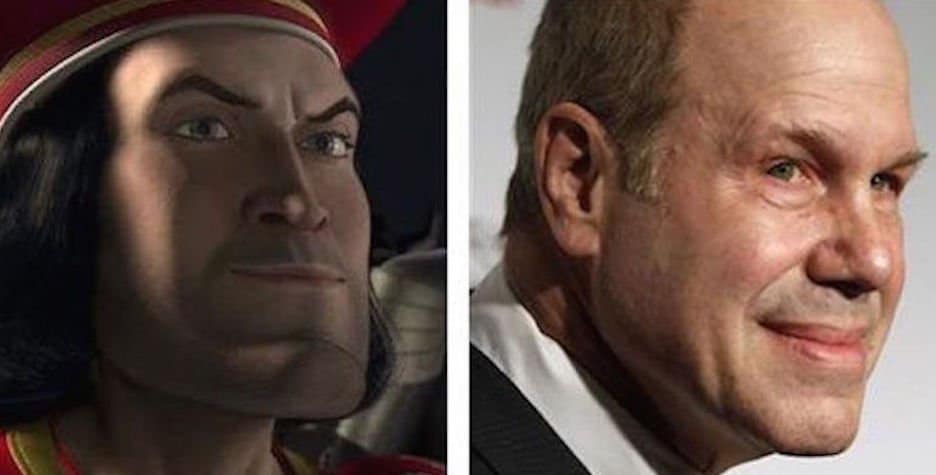 Michael Eisner and Jeffery Katzenberg once worked together at Disney until Eisner canned his co-worker. To make his feelings clear, Katzenberg made the film Shrek as a huge middle finger to the man who fired him. Not only does the movie’s villain Lord Farquad (suspiciously close to “f**kwad”) bear an uncanny resemblance to Eisner, the depictions of Disney characters being sold into slavery to the evil little man speaks in volumes to those who know the story. 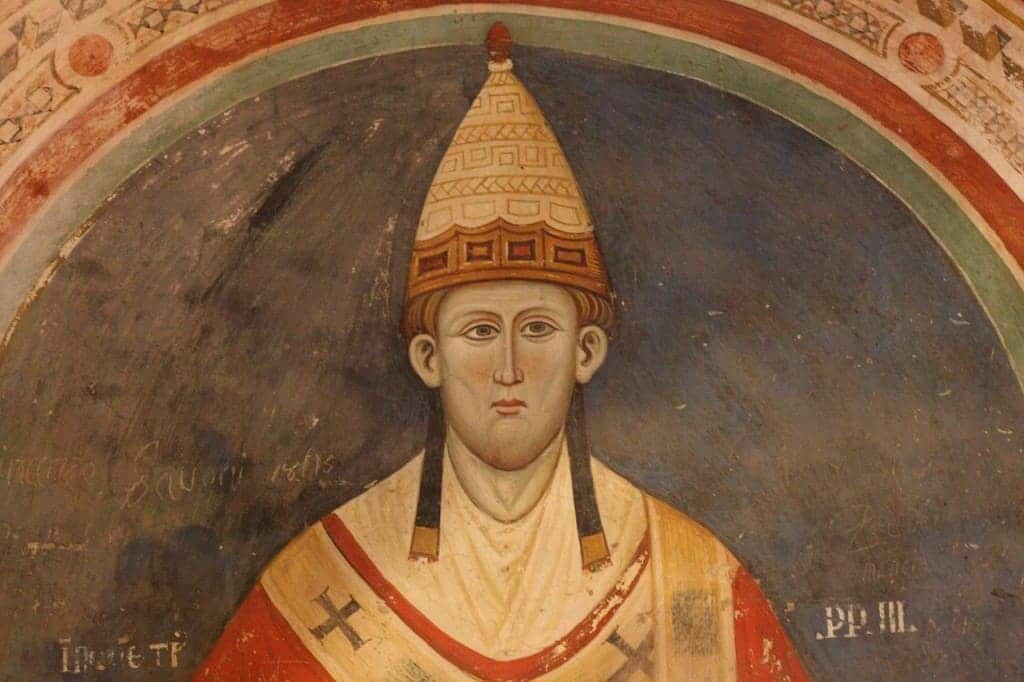 Dante Alighieri was part of a group that suspected Pope Boniface VIII of plotting to overthrown Florence and execute the government. Dante was invited by Boniface to the Papal apartments seemingly in peace, but during Dante’s visit Boniface brought the supposed plot to fruition. Later on, he wrote the famed novel The Divine Comedy in which he reams the Papacy, calling it “a blood-filled sewer.”

Rise Against The Pigs 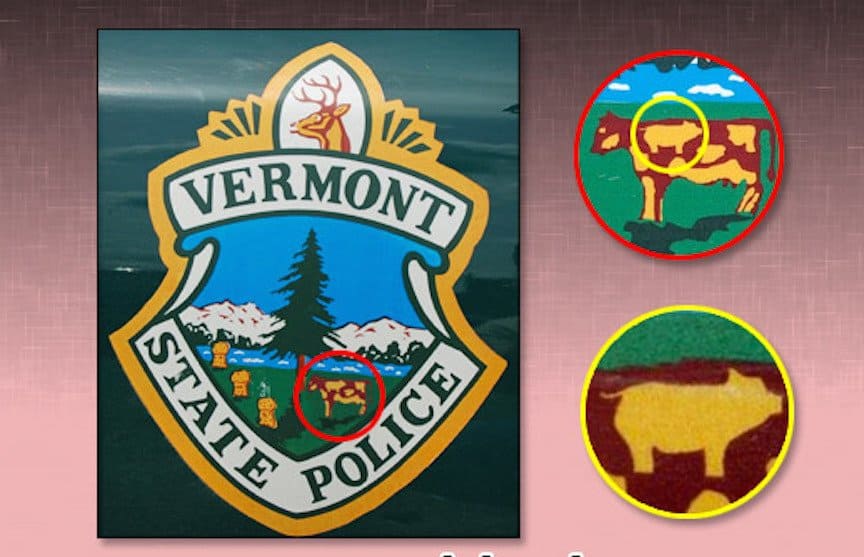 When prisoners at a correctional facility in Vermont were tasked with running a print shop that would produce decals for police cars, they took that opportunity to utilize the power they had just been unwittingly given. It took the Vermont police a year before they realized the prisoners had hidden a picture of a pig on their emblem. 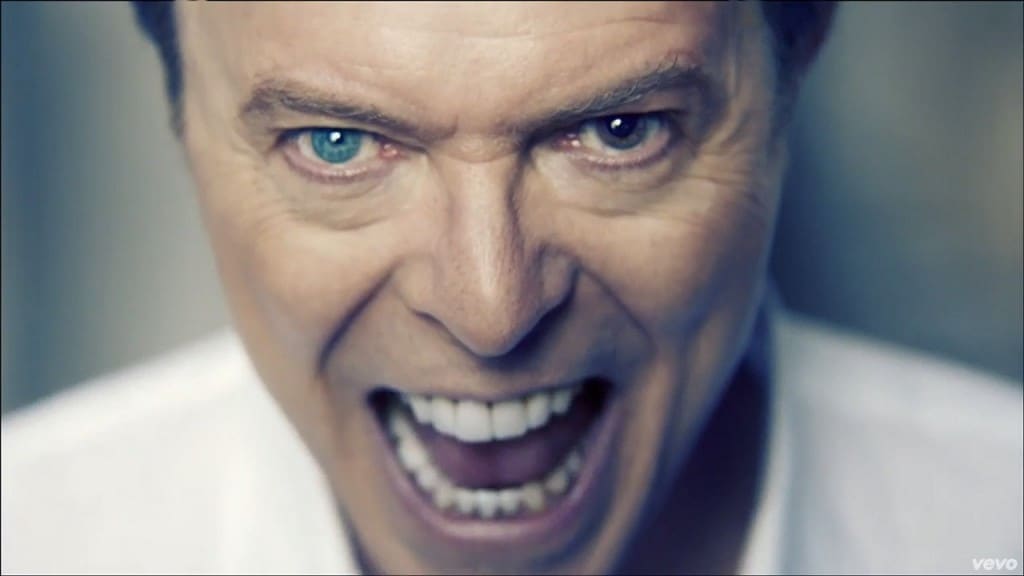 Ever wondered what motivated David Bowie to make such noncommercial music early in his career? It was his money grubbing manager who took 50% of David Bowies royalties. During their time together, Bowie made the strangest music he could and when he was rid of his manager in 1982, he made the most pop-friendly album and became a millionaire. 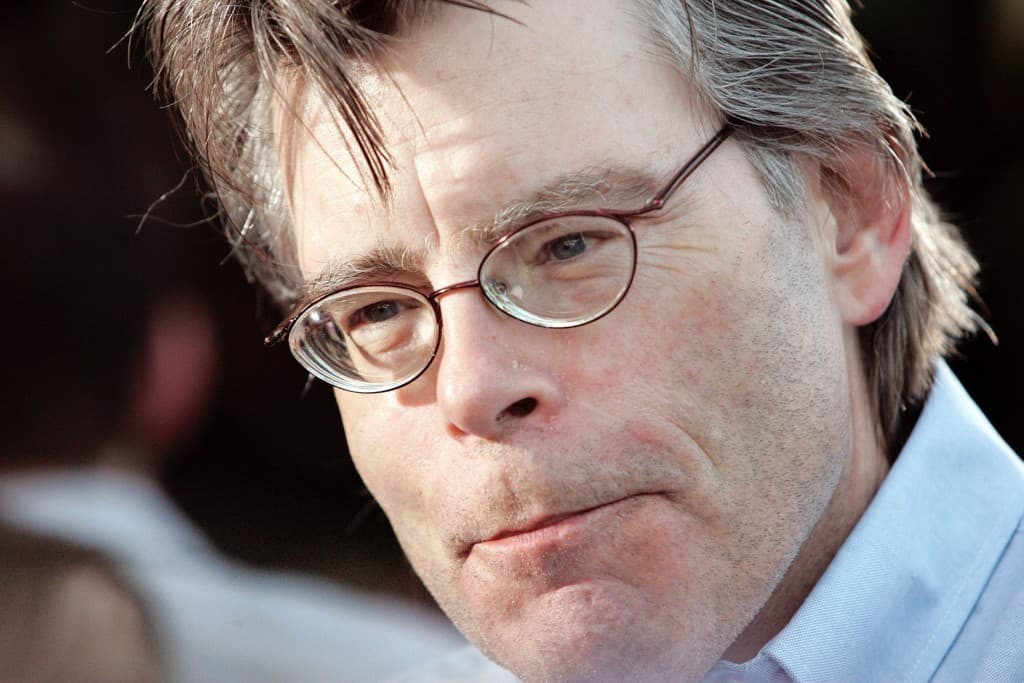 In 1999, famed author Stephen King was struck and severely injured by a minivan driven by a man named Bryan Smith. Despite nearly killing King, Smith received no permanent repercussions and described the incident as “an accident without a cause.” Not only did King buy Smith’s minivan and then destroyed it with a sledgehammer, he wrote Bryan Smith into the Dark Tower series – he is portrayed as a mentally deficient drug addict. 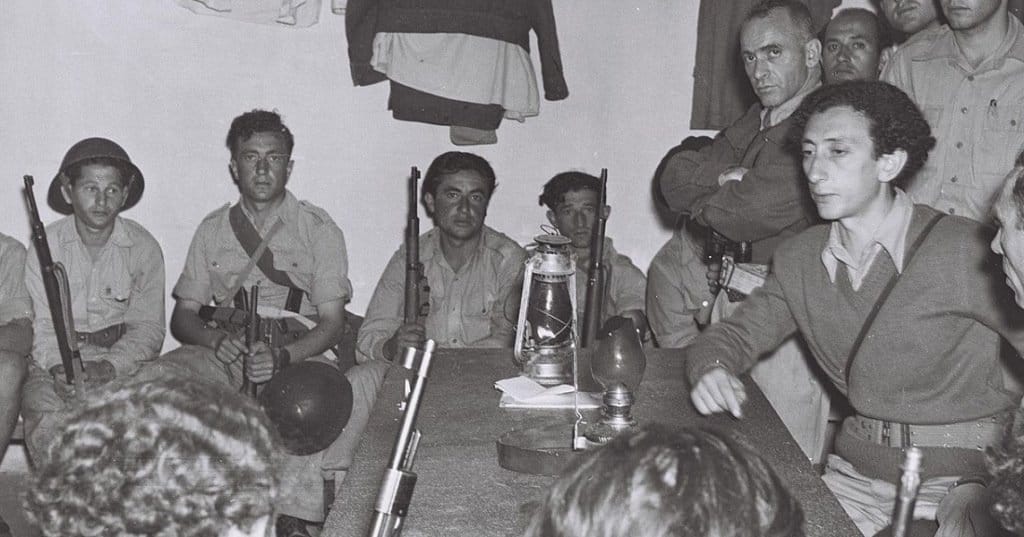 After World War II ended, a group of Jewish soldiers banded together who weren’t satisfied with so many of Hitler’s soldiers getting away with their horrible deeds. Calling themselves “The Avengers,” they went on a killing spree of Nazis and SS officers who escaped without punishment for their war crimes until 1960. 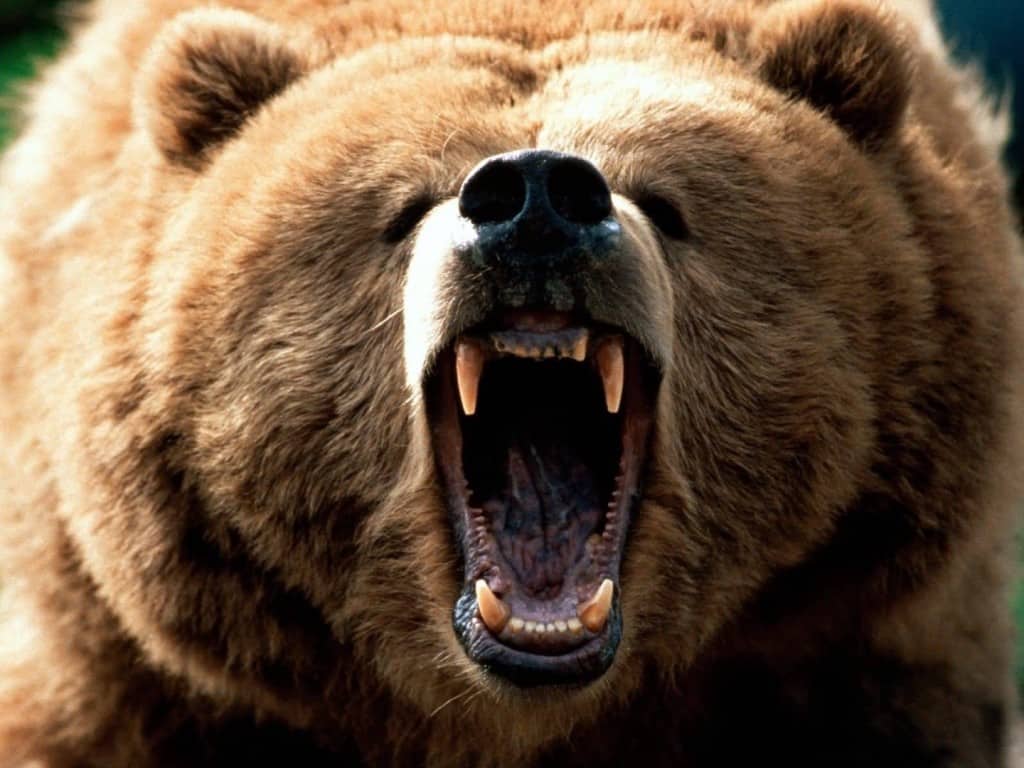 When infamous poet and lothario Lord Byron attended Cambridge, he wanted to bring his dog to live with him. Unfortunately, Cambridge had a strict “no dogs” policy in their dormitories. To communicate his frustration with the rule, he brought a bear to school with him instead.

Woman On A Rampage 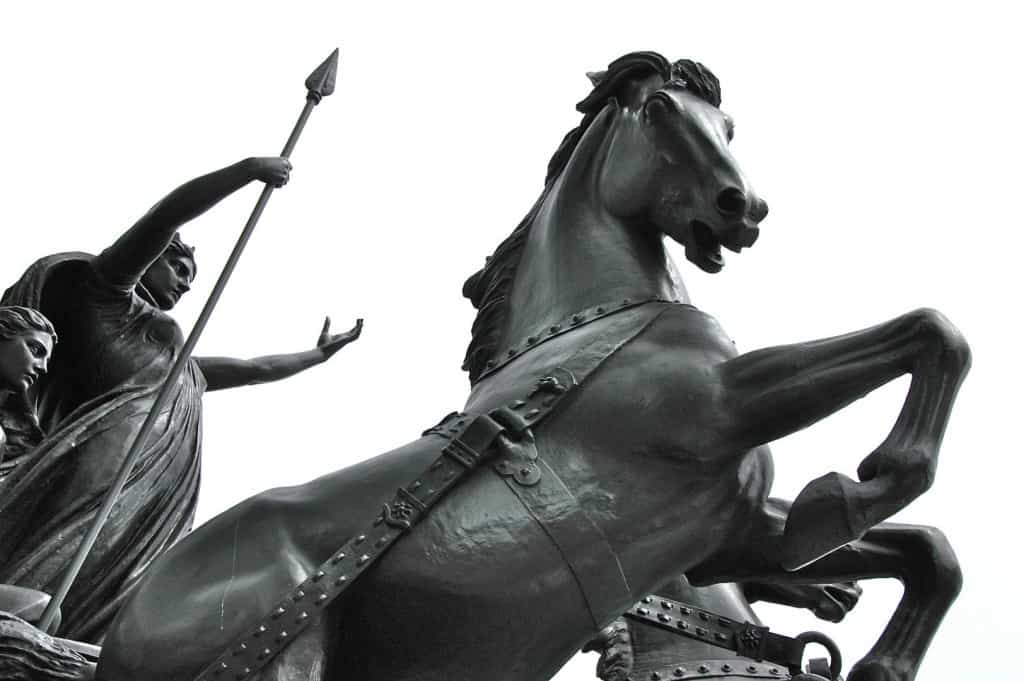 When Roman soldiers invaded the Iceni after the death of their King, Queen Boudica and her daughters were flogged and raped, but left alive. By the time she was defeated, Boudica and her army had destroyed three Roman cities, burned London to the ground, and killed over 80,000 Romans. 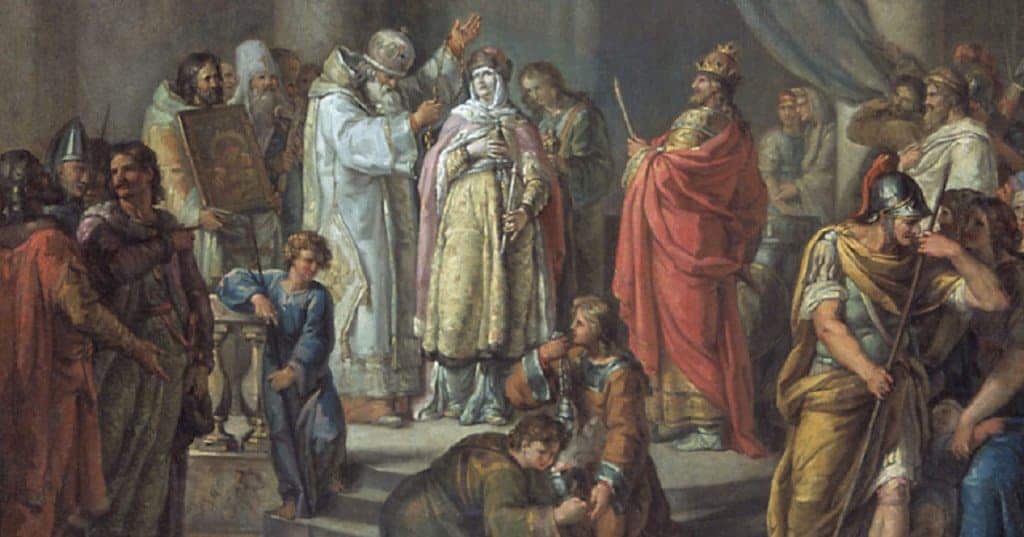 In the 10th century, the Drevlians murdered Rus ruler Igor of Kiev and then pursued his wife Princess Olga as a means to rulership. She had her suitor’s messengers buried alive; she burned the Drevlian court alive in a bathhouse; and then she invited her enemies to a funeral feast for her dead husband, got them drunk, and slaughtered over 5,000 of them. 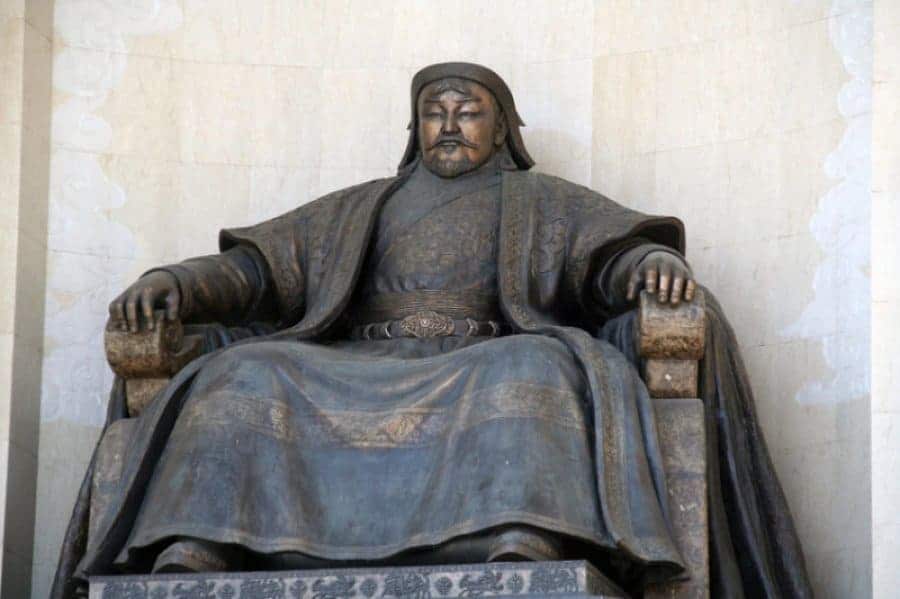 In an attempt to establish diplomacy with the Khwarezmid Empire, Genghis Khan sent people to speak with them, but they were attacked and Genghis’s interpreter was killed. Genghis was so enraged that he marched his army out and obliterated the Khwarezmid (whose army was five times the size of Genghis’s). By the time it was over, four million people had been massacred – it is said that “not even dogs nor cats were spared.” 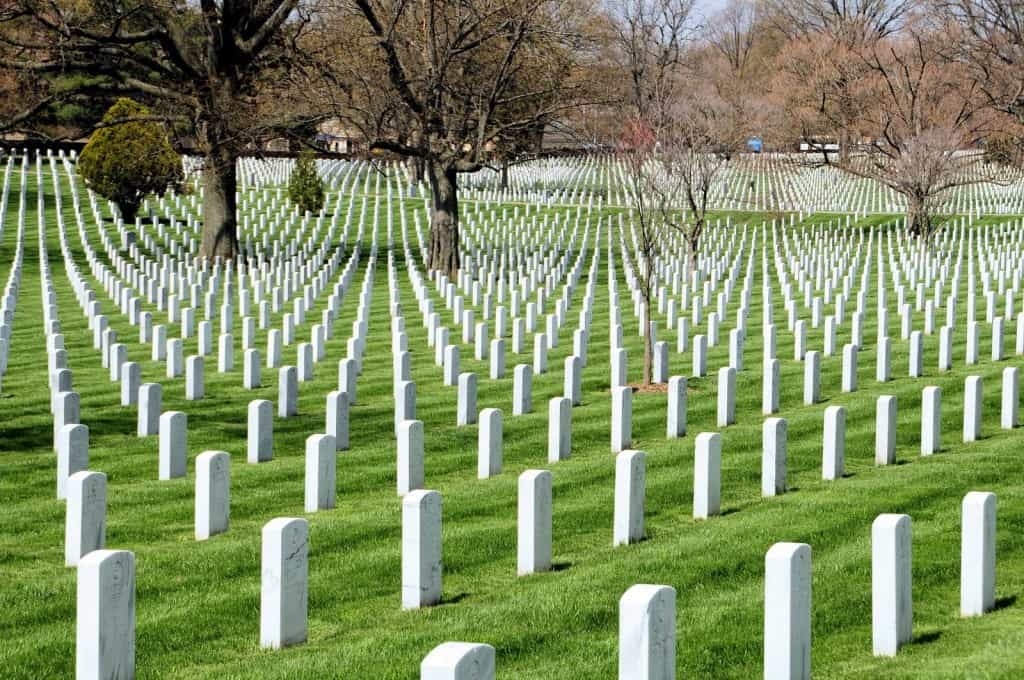 Before it was an American national cemetery, Arlington was the estate of General Robert E. Lee. When Lee joined the Confederate Army, he and his wife left Arlington behind. When the Northerners prevailed, staunch unionist General Montgomery Meigs thought the defector’s former home would look best filled with dead bodies. 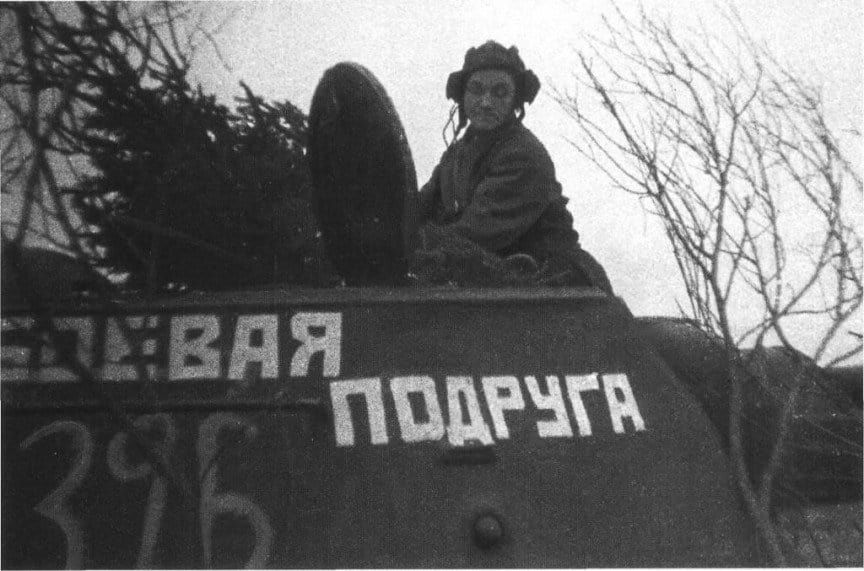 In 1943, Nazis killed Mariya Oktyabrskaya’s husband during the Battle of Kiev. She then sold everything she owned to buy a tank for the military on the condition that she be the one to drive it. She ended up leading a unit into battle many times with her tank – lovingly dubbed “the Fighting Girlfriend” – and broke through enemy lines with ease. 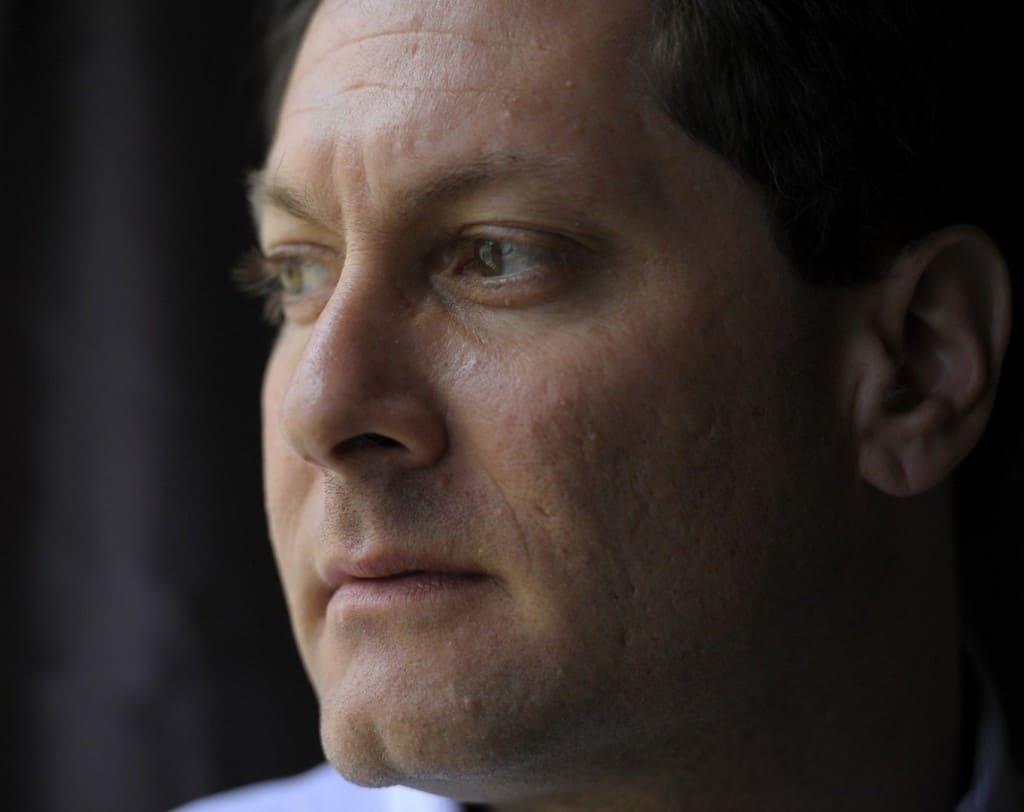 Landlord and Massachusetts resident Todd Stave started receiving harassing phone calls from protestors of the abortion clinic that stood on his property. In response, Stave found volunteers of his own to return calls to his hecklers with well wishes. Because of the support of the clinic, volunteers numbered around 5,000, every single one of whom made one of these return calls to these hecklers. 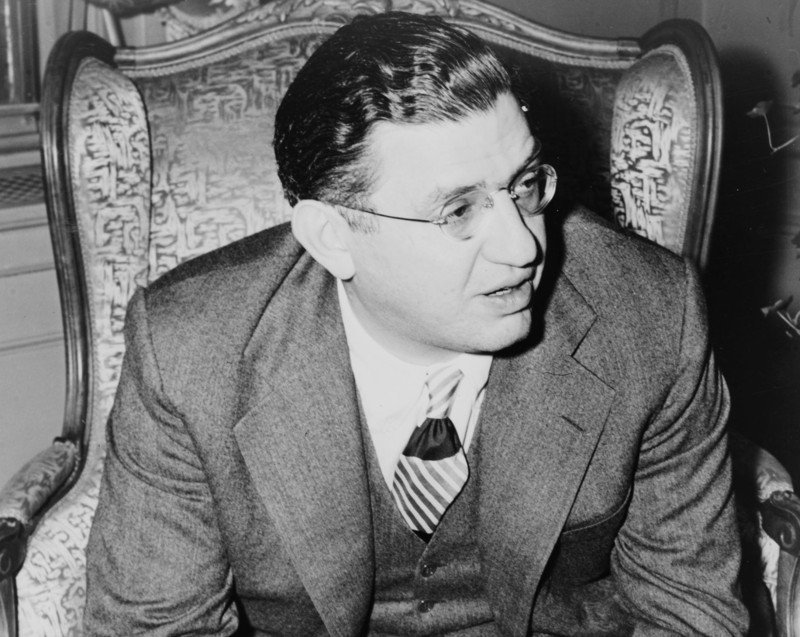 Director Alfred Hitchcock hated being told what to do, so micro-managing nature of producer David O. Selznick really rubbed him the wrong way. Hitchcock hated Selznick so much that when he was casting Rear Window, he put Raymond Burr – who bore a strong resemblance to Selznick – in the role of Lars Thorwald, the character who murders and dismembers his wife. 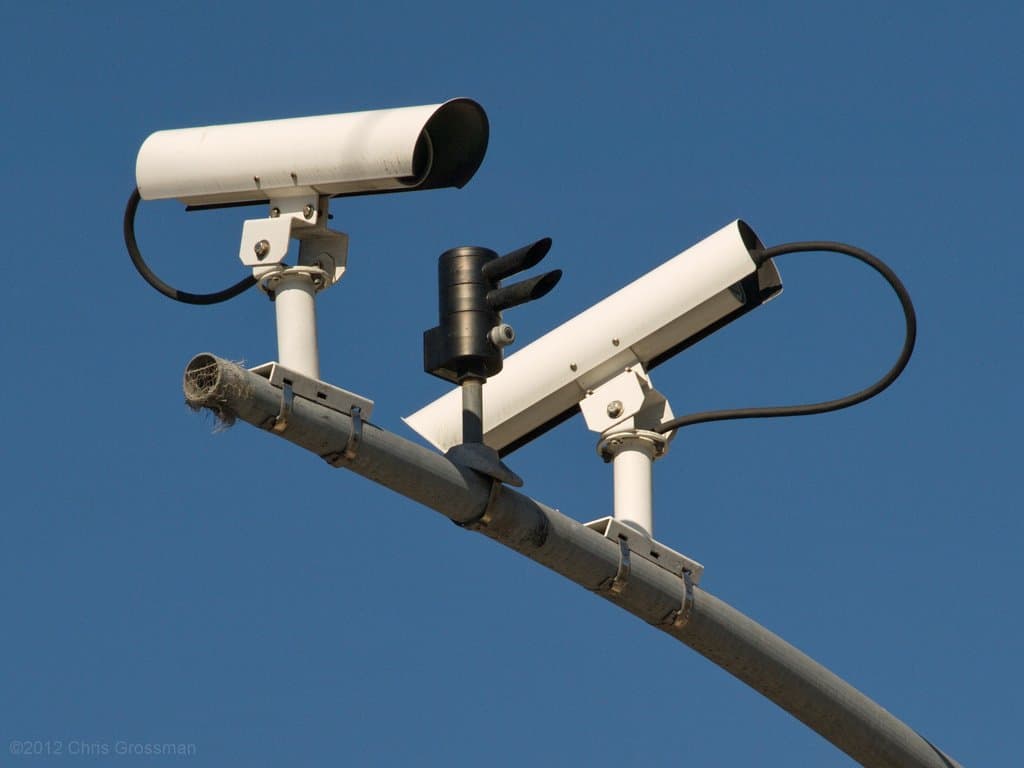 When Brian McCreary tried to contest a retroactive speeding ticket, he went on the police’s website to try and find a non-emergency number to call. During his search he saw the domain was about to expire, so he spent $80 and bought the site. He then filled it with info about the traffic cameras and speed traps including where to find them all and how to best avoid them.

Revenge Of The Sith 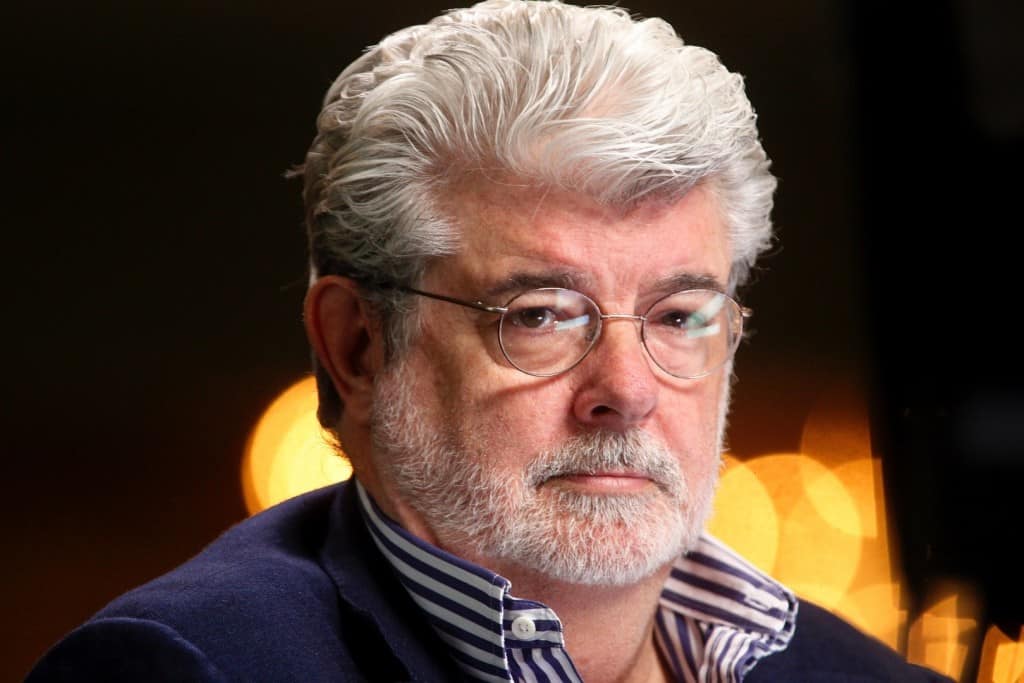 For nearly three decades, George Lucas tried to construct a production studio on his property in Marin County, but his neighbors blocked the project because they thought it would ruin the neighborhood. When he realized he would never get his studio plans approved, Lucas sold the land… to a low-income housing project. 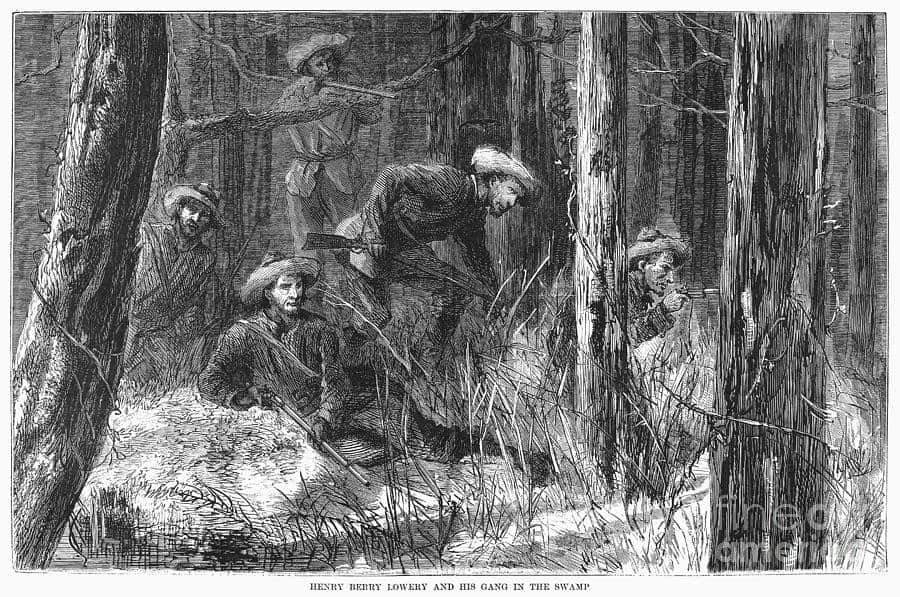 When the Confederate Home Guard soldiers murdered the father and brother of Berry Lowry, the Lumbee tribesman gathered a mixed race gang of guys and went on a rampage. They openly warred against white racists and the Klu Klux Klan, fighting, killing, and robbing the rich to give to the poor. 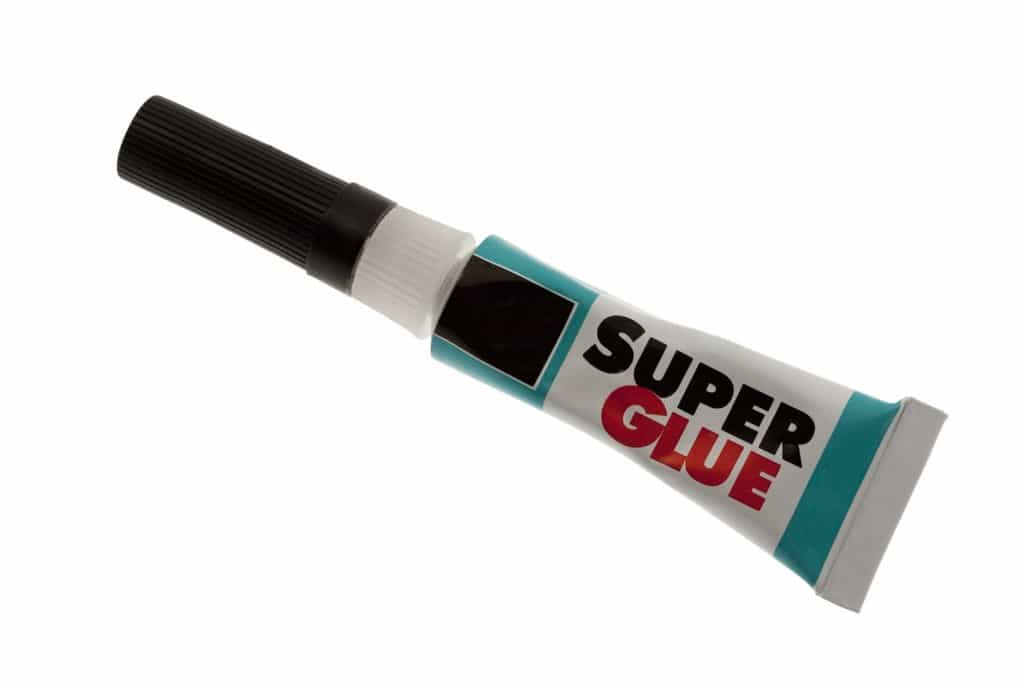 Donessa Davis’s husband cheated on her with three women – when she found out she tracked them down and they plotted their revenge together. Davis had one of the mistresses contact her husband and arranged to meet him at a motel – when he arrived she blindfolded him, tied him to the bed, and called Davis and the other mistresses. Then together, they super-glued his penis to his stomach.

Friend To The End 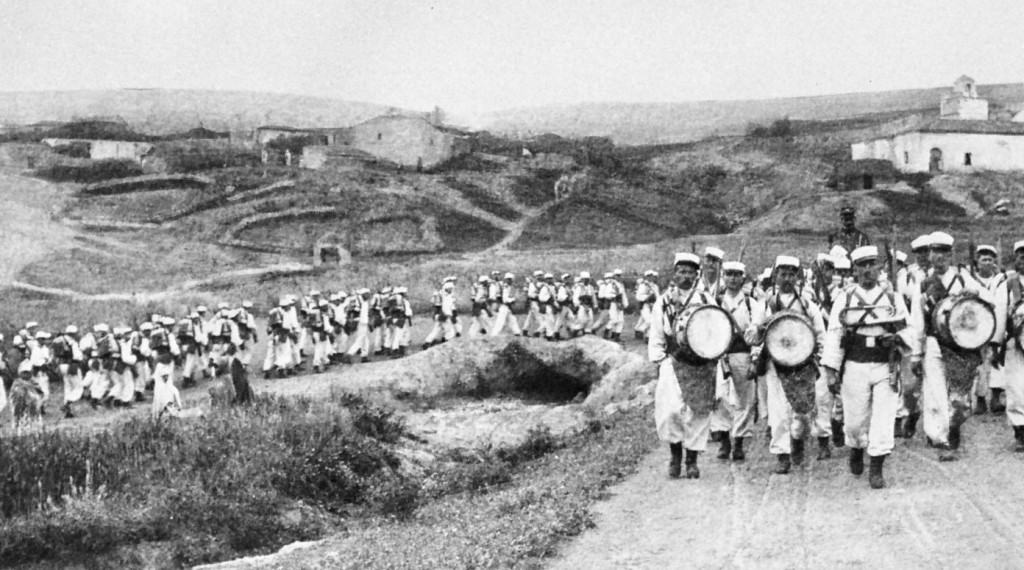 When he was a child, Eliahu Itzkovitz witnessed the murder of his entire family in the Chisinau Ghetto by a Romanian guard named Stanescu. When he was grown, Itzkovitz found out that Stanescu was serving in the French Foreign Legion, so he joined as well. He got himself assigned to Stanescu’s unit where he befriended his family’s murderer. Stanescu thought Itzkovitz was his most trusted comrade…right up until Itzkovitz gunned him down. 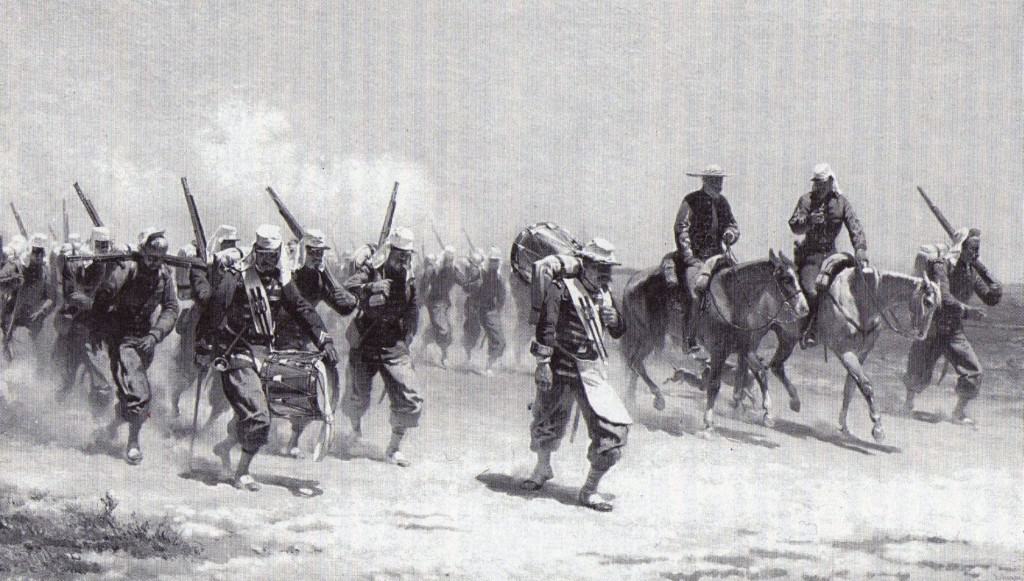 During the Franco-Mexican War, Leonarda Emilia fell in love with a French soldier. When the Mexicans captured him, Emilia pleaded for the life of her lover but to no avail – he was executed by firing squad. In her anger and despair, Emilia became the infamous bandolera La Carambada. She dressed as a man and rode on horseback and her favorite weapons were her pistol and machete – right before she let her victims die, she would flash her breasts at them so they would know they were killed by a woman.