20 Of The Craziest Police Cruisers In The World

Nobody likes getting pulled over by a police officer. Seeing those flashing lights speeding up behind you and forcing you to pull over is no fun – unless of course you’re getting pulled over by a police officer in a $400,000 Lamborghini Aventador. That’s exactly what you can expect to find should you decide to drive faster than the speed limit in Dubai, United Arab Emirates. Long gone are the days where police officers simply drive a painted Ford Queen Victoria. Here are the top 20 craziest police cruisers in the world today. 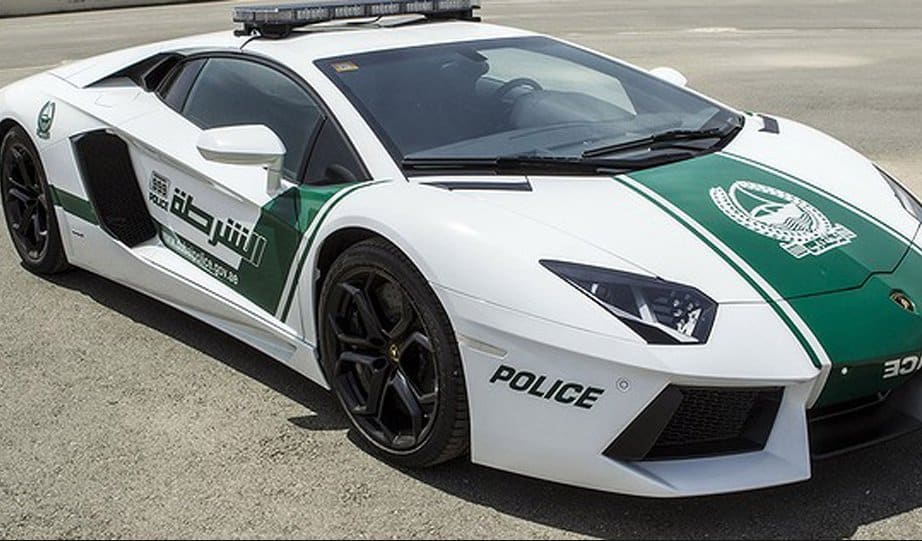 We’ve all seen some crazy photos of things in Dubai — Crazy man-made islands, super tall buildings, and this: a Lamborghini police cruiser. Now we’ve seen everything… 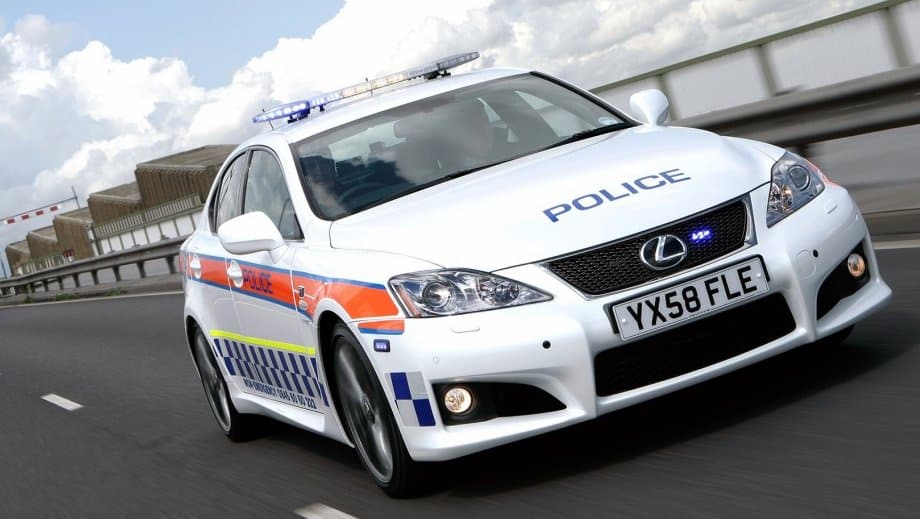 Just imagine getting pulled over by one of these when you’ve been caught speeding in London. We wouldn’t blame you if you asked the police officer how fast his car goes… 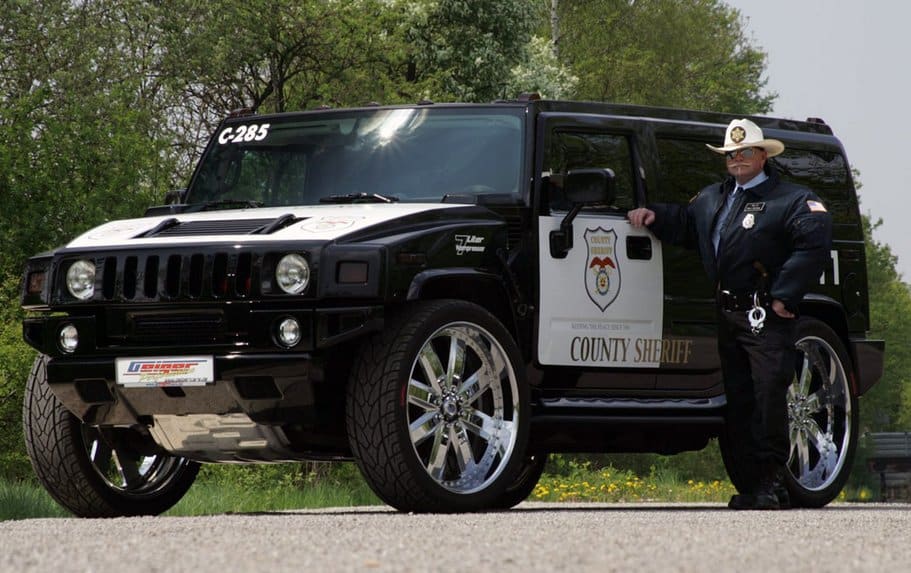 They say everything is bigger in Texas, but they probably took it a little too far with this Hummer H2. 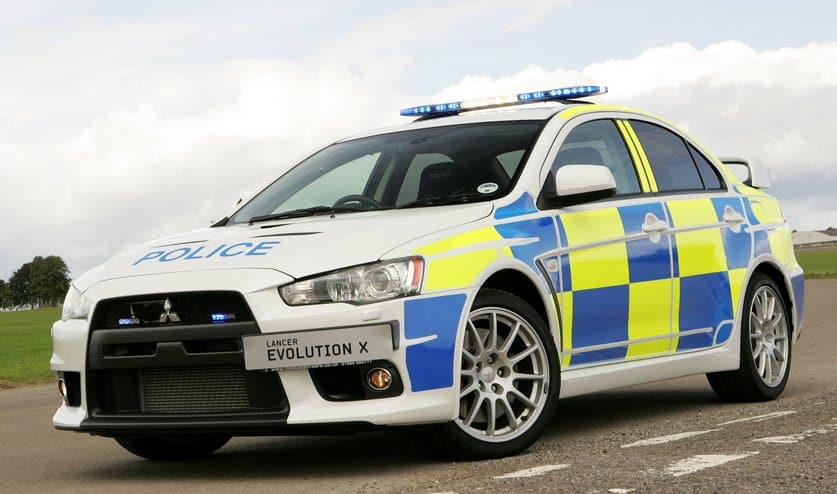 Found in Victoria, Australia, this car is only a promotional vehicle that is used for regular street patrols, charity events, and educational purposes — but it still feeds into our fantasy of police officers doing a little street racing. 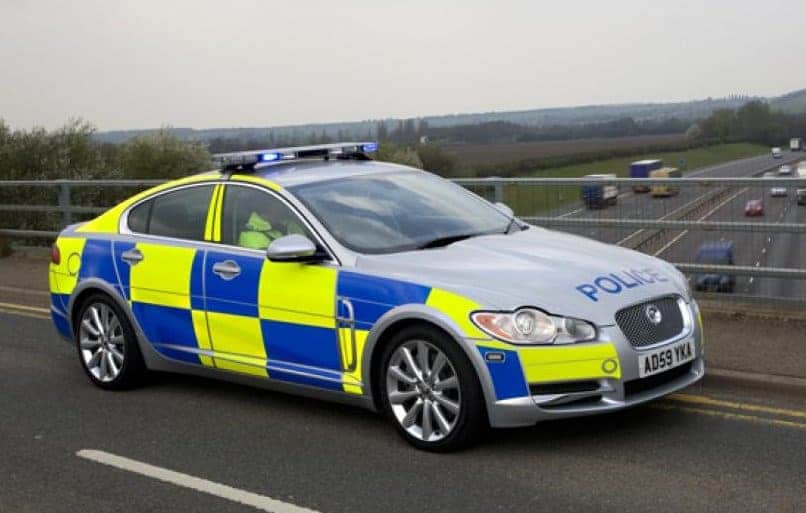 It seems only natural that someone would use a beautiful British luxury automobile to catch the baddies, so it should come as no surprise that you’ll find this car in the United Kingdom. 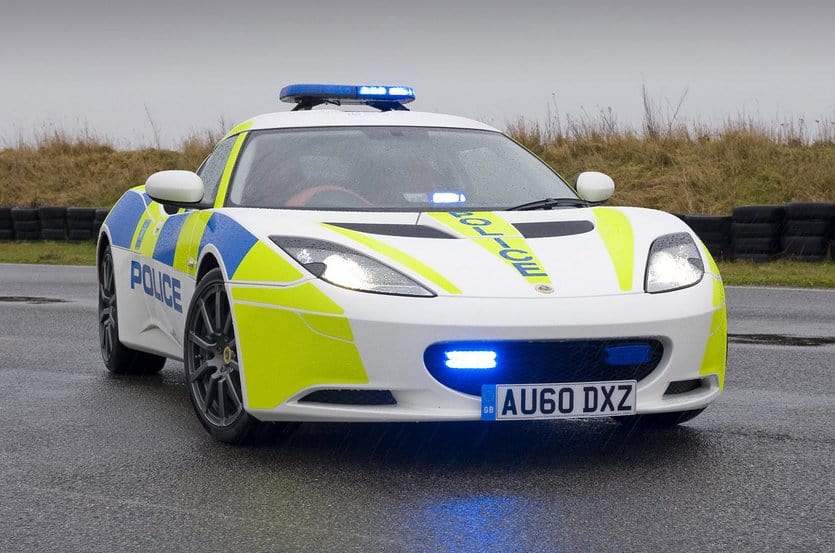 Ever see that James Bond film where Bond’s cool car was a Lotus? So did the police officers in Sussex, United Kingdom, which is why they probably got this car for their police cruiser. 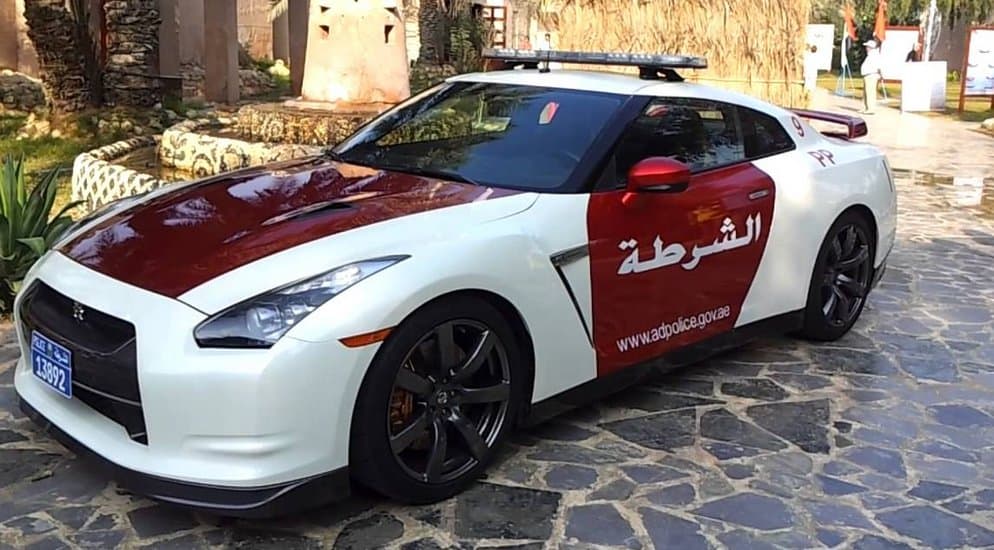 It’s only appropriate that a place where there are tons of super cars, Abu Dhabi, U.A.E., the police would respond in kind with the super fast Nissan GT-R. 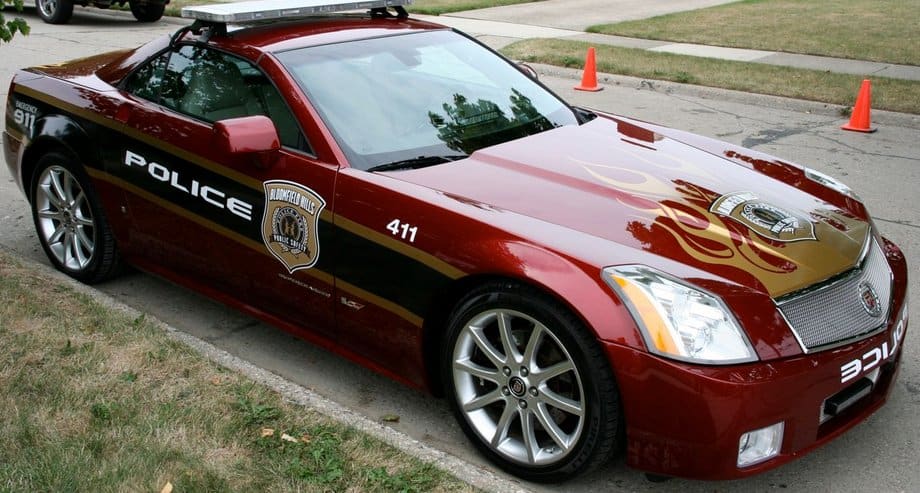 Just north of Detroit is Bloomfield Hills, Michigan, where the police officers represent not only Detroit auto-making but luxury as well with this Cadillac XLR-V.

Equipped with 276 horsepower and accelerating from 0-6 in 5.1 seconds, you’ll find this Lotus Evora in the United Kingdom. 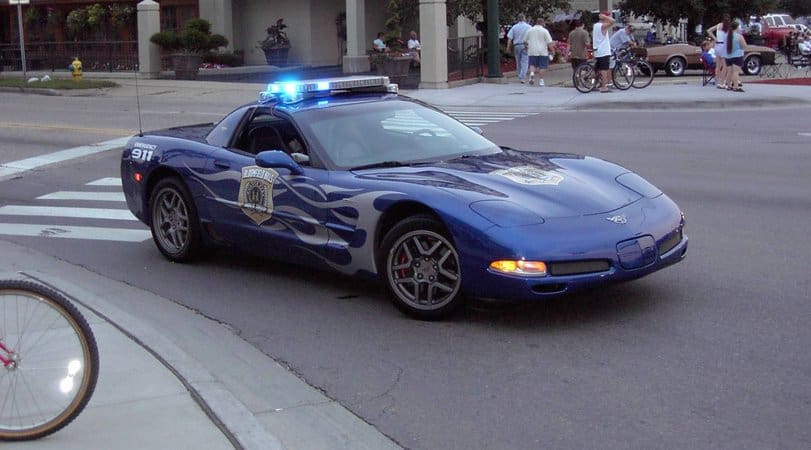 Bloomfield Hills, Michigan, knows how to buy American with this Corvette police cruiser. 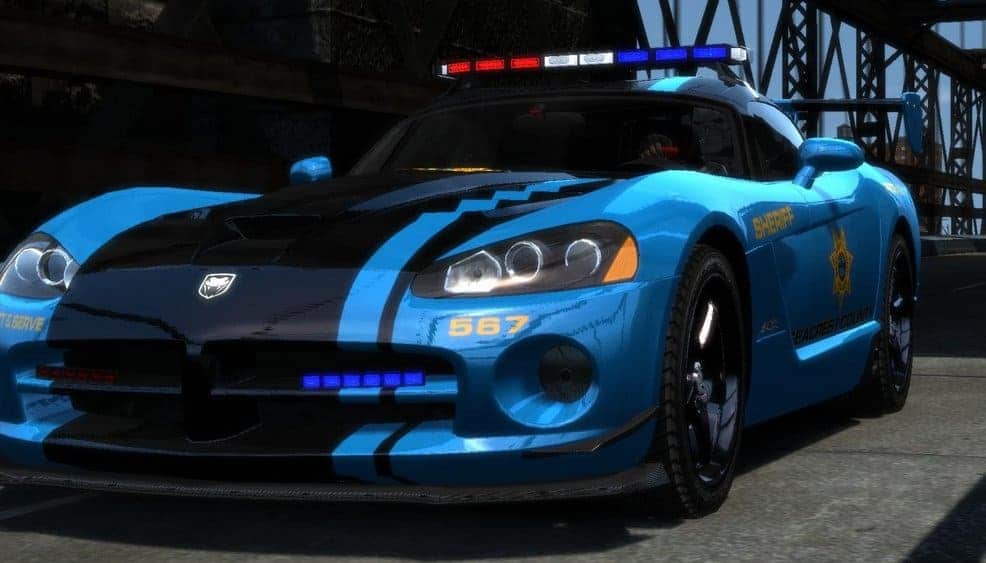 If you’re caught speeding in South Carolina then you might catch a glimpse of this Dodge Viper police cruiser. 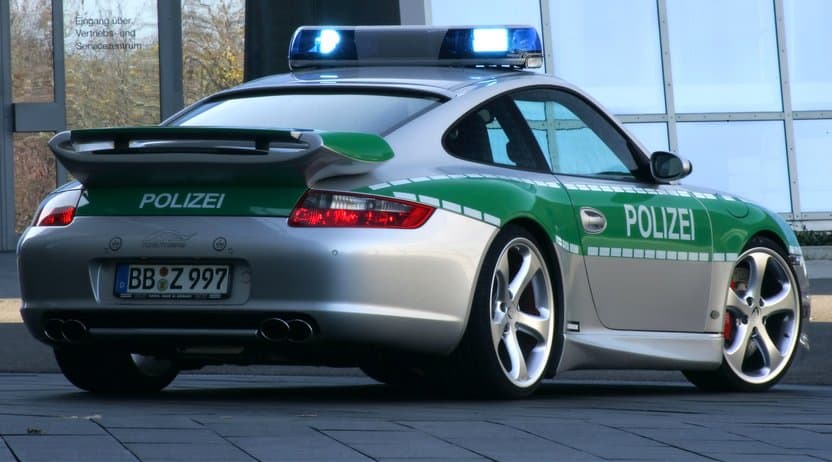 Leave it to the Germans to represent Italian luxury on the autobahn. However, given how fast these things are and that the autobahn has no speed limit, we can’t say we blame them. 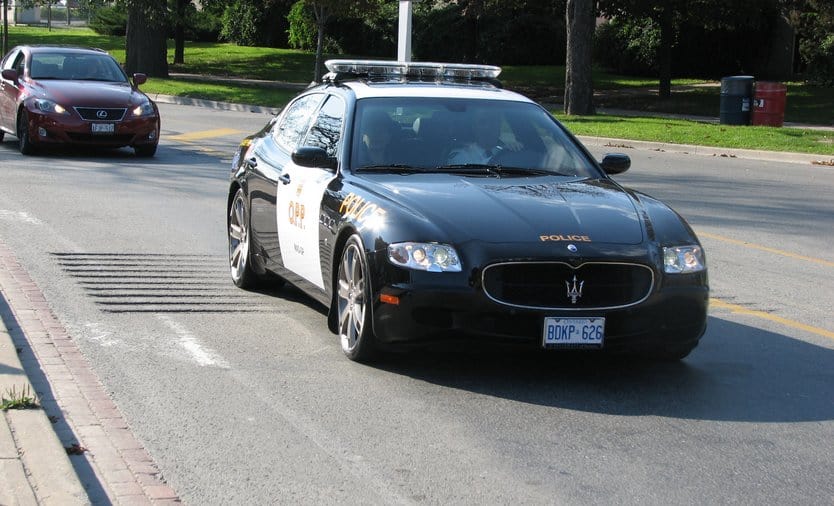 While this is usually brought out for parades in Ontario, Canada, to raise money for police-related causes, we still fantasize about being taken into the station in this bad boy. 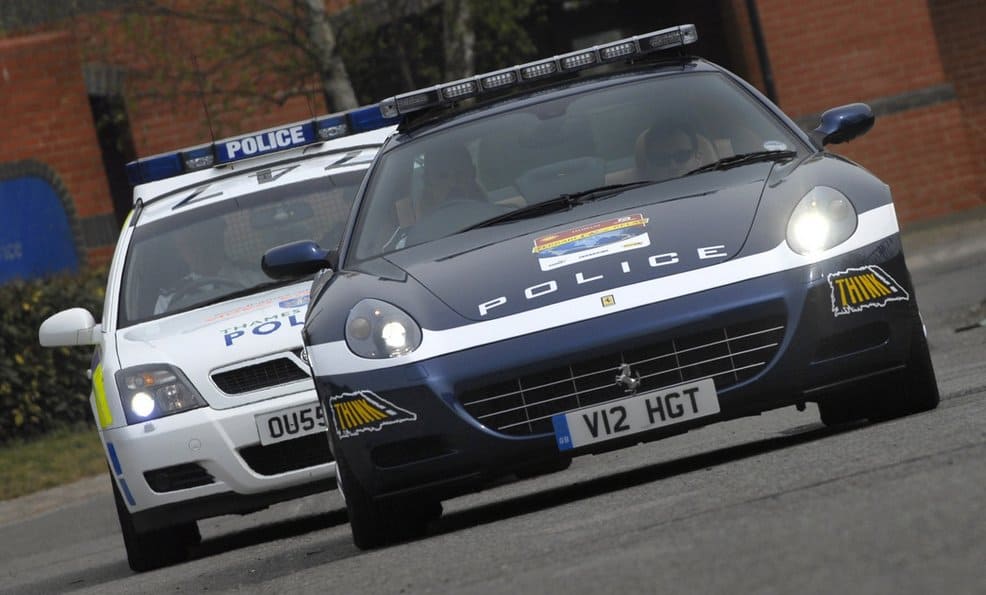 You’ll find this car in the United Kingdom, and yes, you will be jealous. 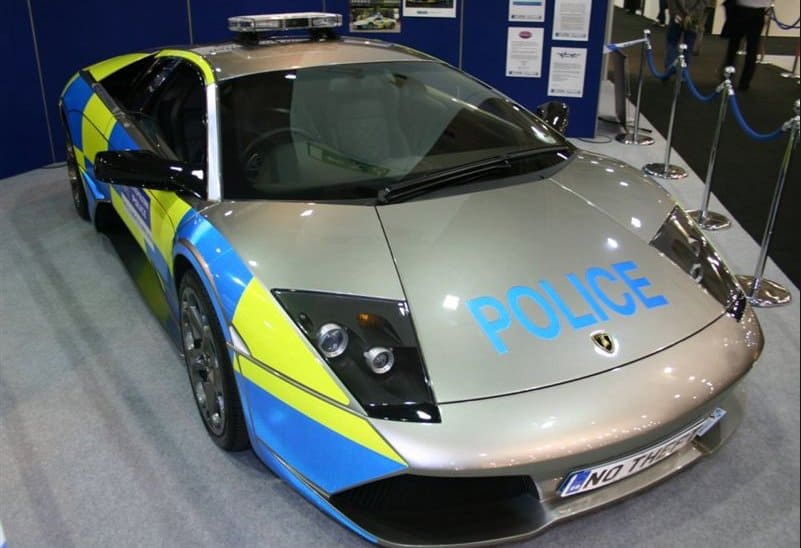 Why London police officers would need, or even find this useful other than to look cool, this Lamborghini Murciélago, we’ll never know. 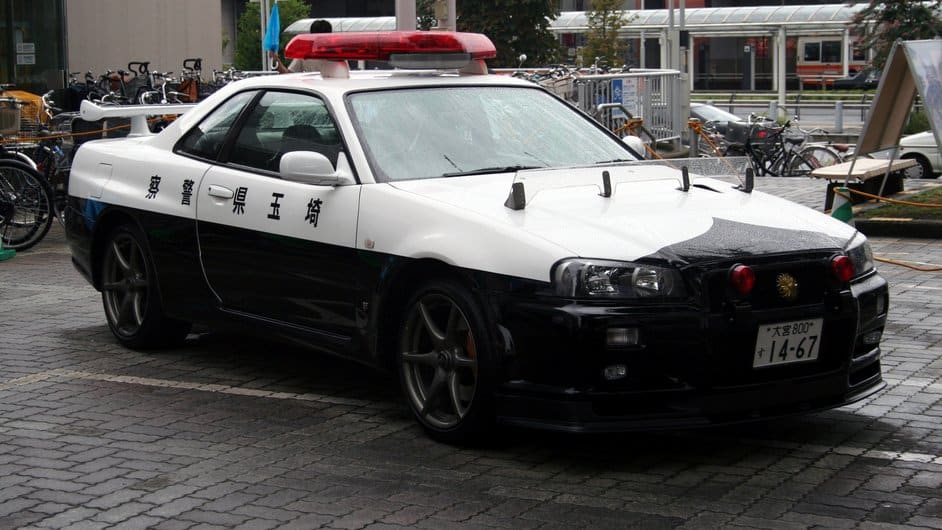 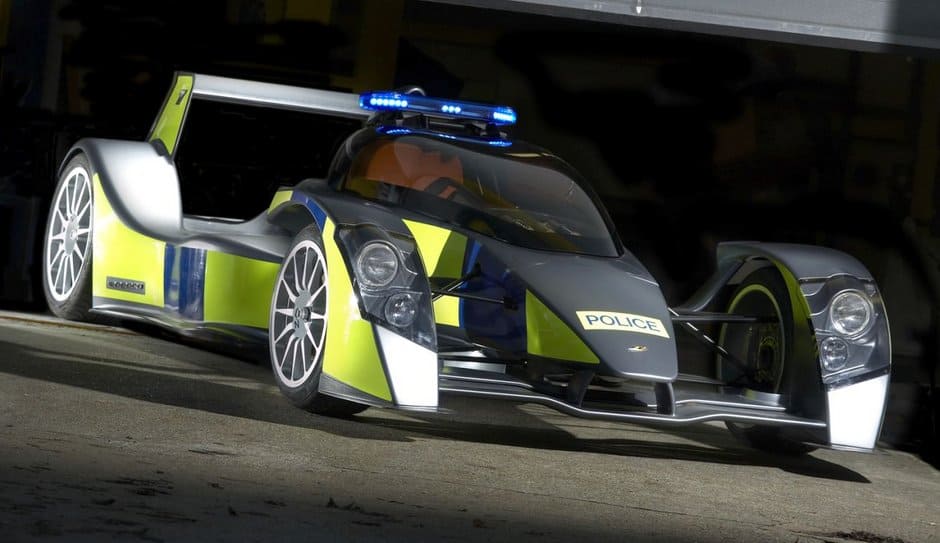 We’re not sure why England feels the need to have so many ridiculously expensive super cars on the road, but we’re glad they do. You’ll find this beauty on the streets of London. 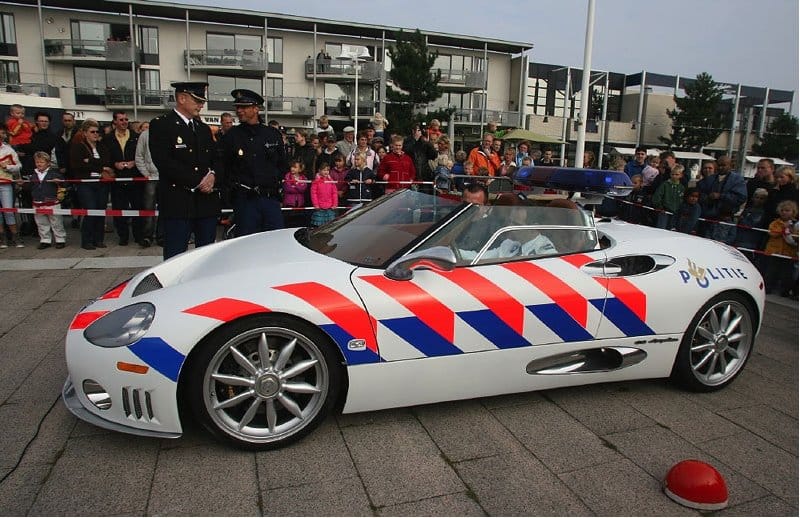 You’ll have to head to northern Europe and do a little speeding on the road to catch this bad boy. You’ll find this Spyker C8 in The Hague, Netherlands. 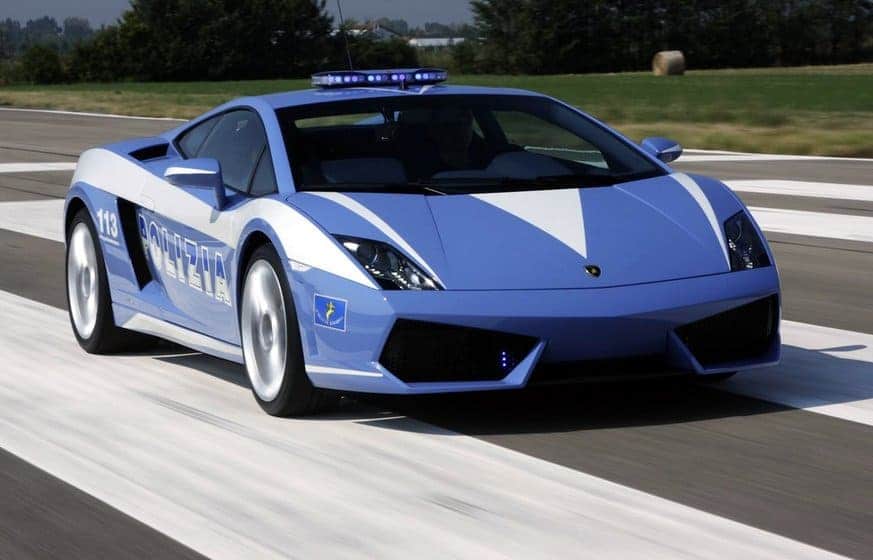 You’ll find this ridiculous Lamborghini catching the bad guys in Italy. Does that really help you catch bank robbers, guys? 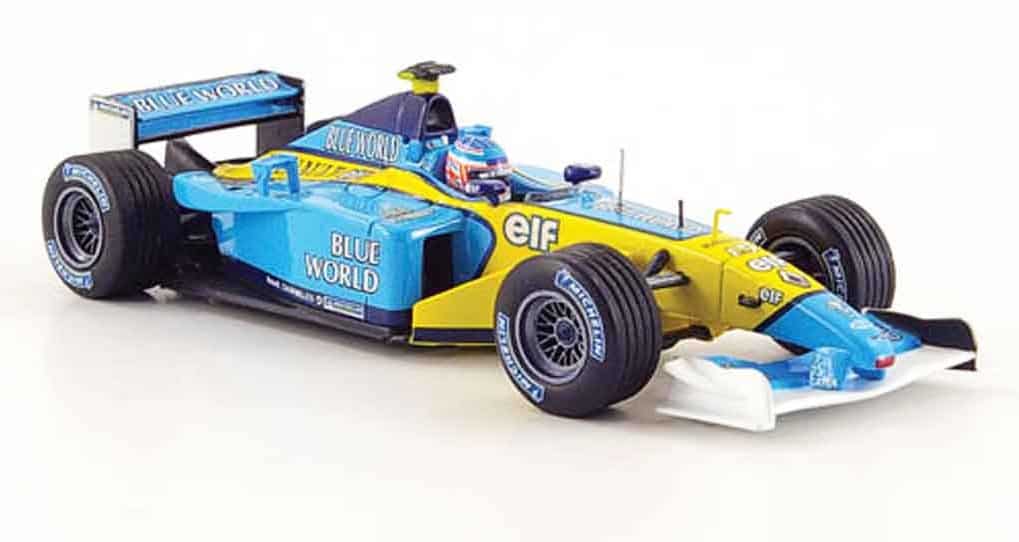 You’ll find our #1 most ridiculous police car touring the streets of London. This car is not only insanely fast, but we have to assume it has no functionality as a police car. It’s probably just for show.